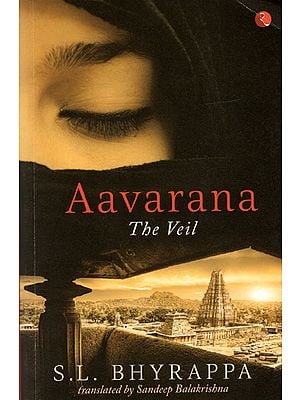 Lakshmi, a rebellious, free-spirited and intelligent film-maker, breaks ties with her staunchly Gandhian father to marry Amir, the man she loves. She even agrees reluctantly to Amir's request that she convert to Islam, as a formality, and change her name to Razia. However, she is shocked to discover that her husband is not the open-minded, progressive individual he claimed to be. For after marriage, Amir takes his family's side in trying to force her to follow the more rigorous tenets of their faith. This sets her off on a personal journey into India's history to uncover the many layers of religion, caste and creed. Her quest leads her to the many parallels in the narratives between the past and the present and she gradually finds that though much has changed in Indian society over the centuries, much remains the same.

The second historical novel by celebrated Kannada author S.L. Bhyrappa, translated for the first time into English by Sandeep Balakrishna, Aavarana: The Veil raises pertinent and searching questions about religion, liberalism and identity, and highlights the importance of unshackling oneself from the bonds of false knowledge.

Dr S.L. Bhyrappa is widely regarded as the greatest living novelist in Kannada. In a literary career spanning over fifty years he has authored twenty-two novels, which have been translated into most of the major Indian languages, including Urdu. His works have run into several reprints and have been the subject of numerous scholarly studies, as well as heated public debates. Of his books, Daatu won the Sahitya Akademi award while Mandra won him the prestigious Saraswati Samman. He lives in Mysore.

Sandeep Balakrishna is a writer, columnist, translator and recovering IT professional. He is the author of Tipu Sultan: The Tyrant of Mysore and is currently engaged in researching the history of the Vijayanagar Empire. Sandeep heads IndiaFacts, an online portal that aims to restore balance and factual accuracy in the media and public discourse.

Indian philosophical schools have the distinction of elucidating the problem of truth and untruth by elevating it to the level of philosophy. One problem, however, has bothered me ever since I came of age. This had troubled me at a personal level when I wrote Saakshi (The Witness) a few years ago. The novel ends with the question, 'Lord, what's the root of untruth? Can it never be destroyed?' Although this question marked the end of Saakshi as a novel, it didn't help assuage either my intuition or intellect. However, after I finished writing Aavarana, I felt-and continue to feel-that this same problem of truth and untruth has assumed both social and national dimensions.

We cannot truly comprehend our own selves or the history of our nation or, indeed, the history of the entire world, unless we unshackle ourselves from the bonds of false knowledge, desire and action, and elevate the intellect to a state of detached observation.

I have no claim to originality as far the historical element in this novel is concerned. Every detail and behaviour of the characters described is backed by evidence and is an organ of the book without violating the boundaries of artistic freedom. Both creative writers and discerning readers will notice this aspect as the technique of the novel unfolds. The character who writes a novel within this novel provides the necessary historical evidence as a prerequisite to her writing. My only claim to originality is the form that I have given to it. If any literary merit has ensued in the backdrop of historical truth, I consider this novel to be a successful work of literature.

Anybody who embarks upon writing a historical work essentially needs to conduct concrete research to support even the tiniest detail. The author's responsibility is towards the historical truth of the subject on which his/her work is based. When truth and beauty are put on a scale, the writer's fidelity must invariably be in favour of the truth. An author doesn't have the moral right to violate truth and take refuge in the claim that he / she is only a creative artist.

The reader, too, shares equal responsibility with the author in the quest for truth. He or she must comprehend the characters and situations in the light of objective truth-both factual and artistic. This sort of mental framework helps to actually savour the experience of reading a literary work, rather than getting agitated by reading it with personal prejudices in mind. We are not responsible for the mistakes committed by our previous generations. However, if we equate ourselves with them and regard ourselves as their heirs, we must then be ready to also share the responsibility for their mistakes. We won't attain maturity unless we cultivate the wisdom to discriminate which deeds of our ancestors we need to reject and which achievements we need to take inspiration from. If learning lessons from history is a mark of enlightenment, so is breaking free from it. This applies equally to every religion, caste, creed and group. 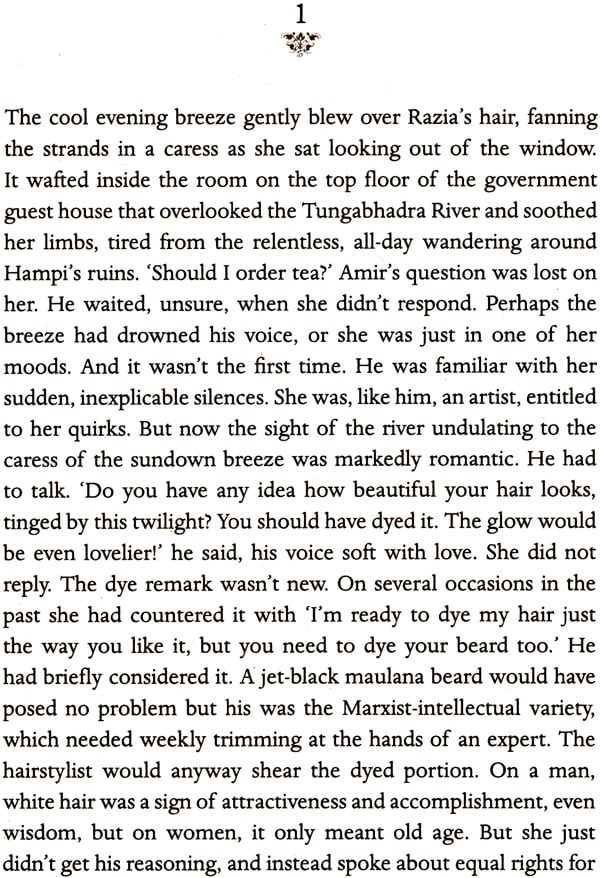 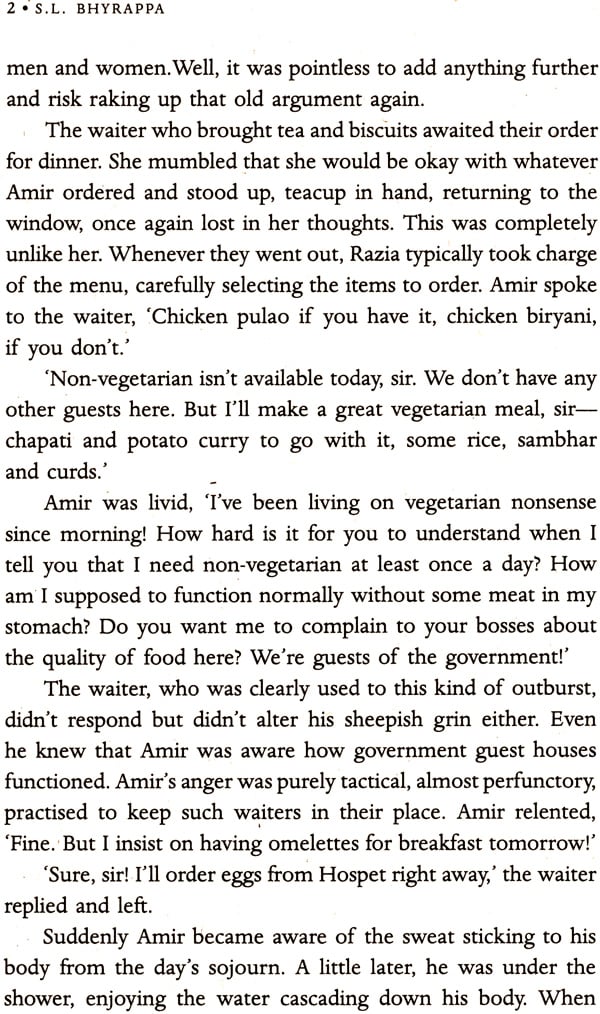 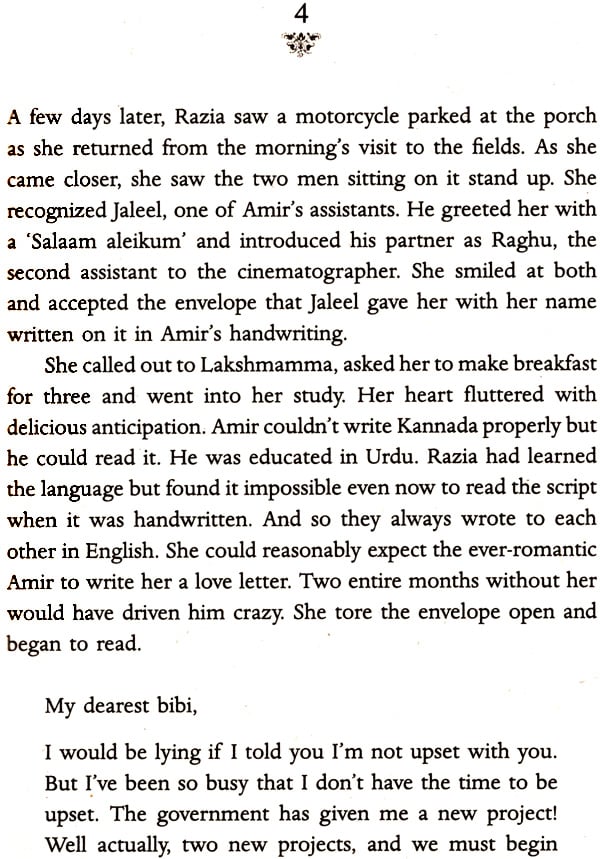 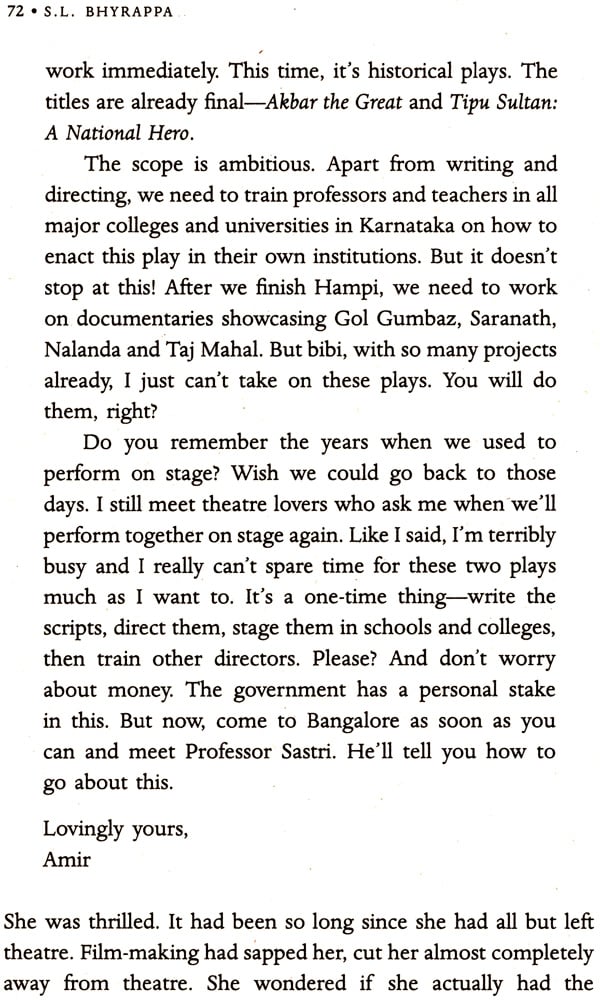 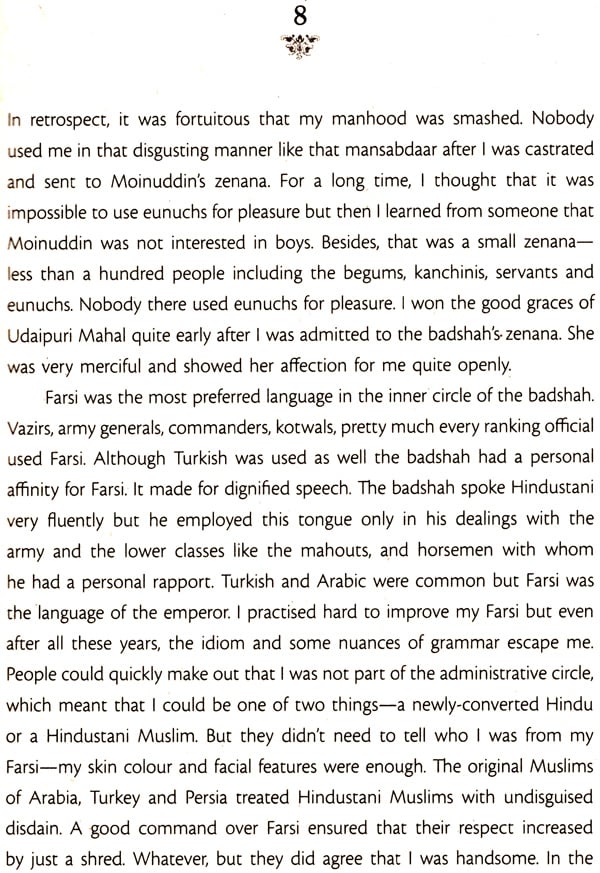 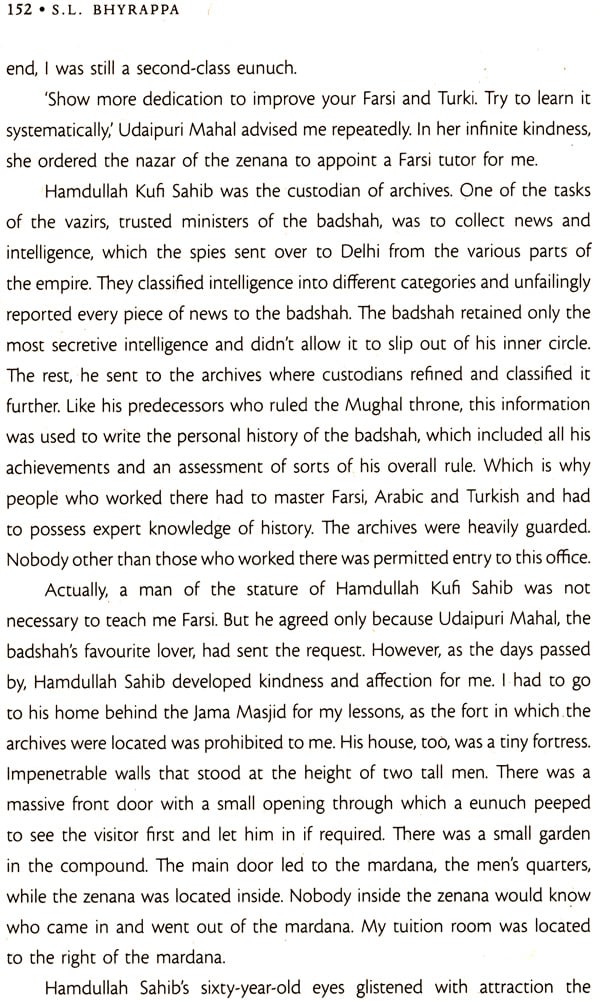 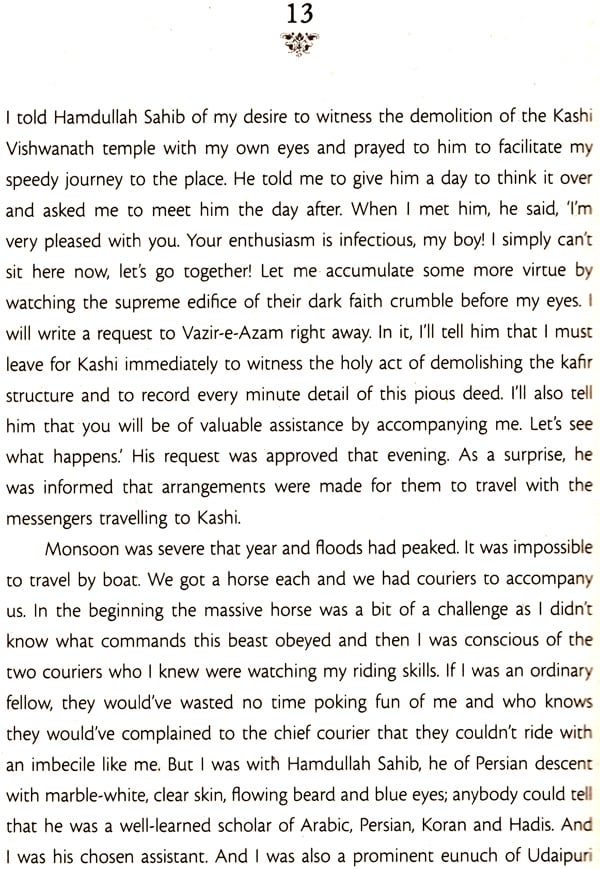 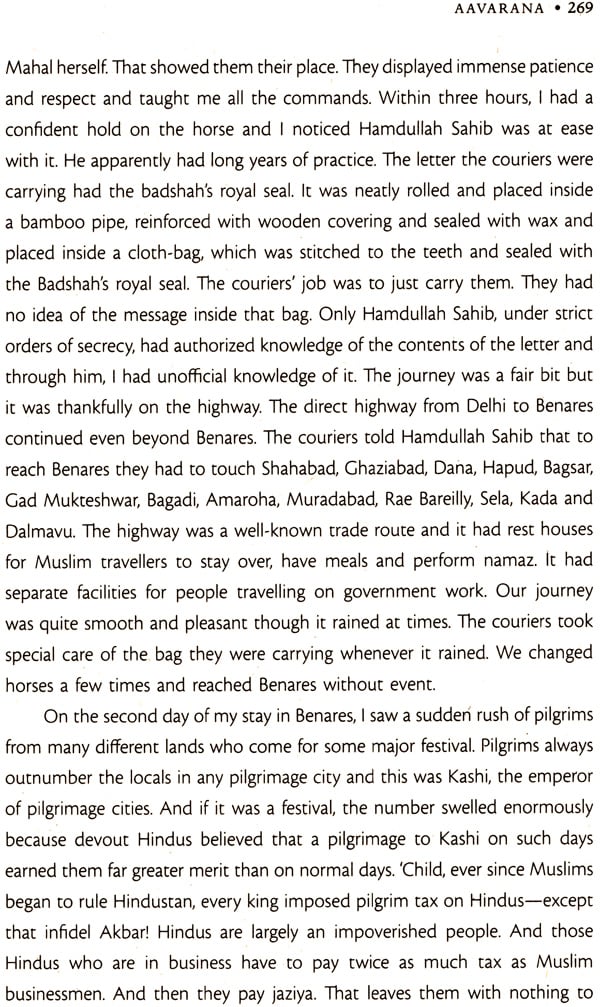 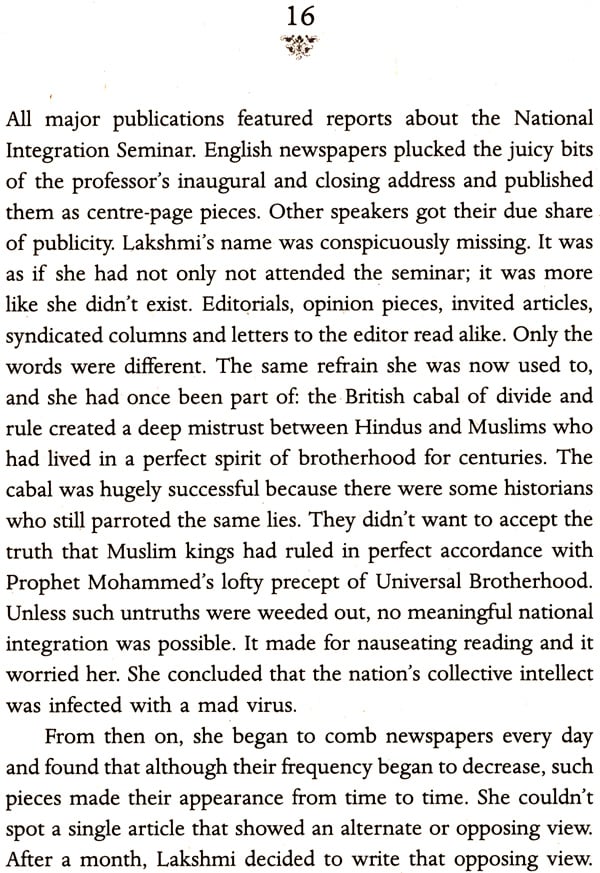 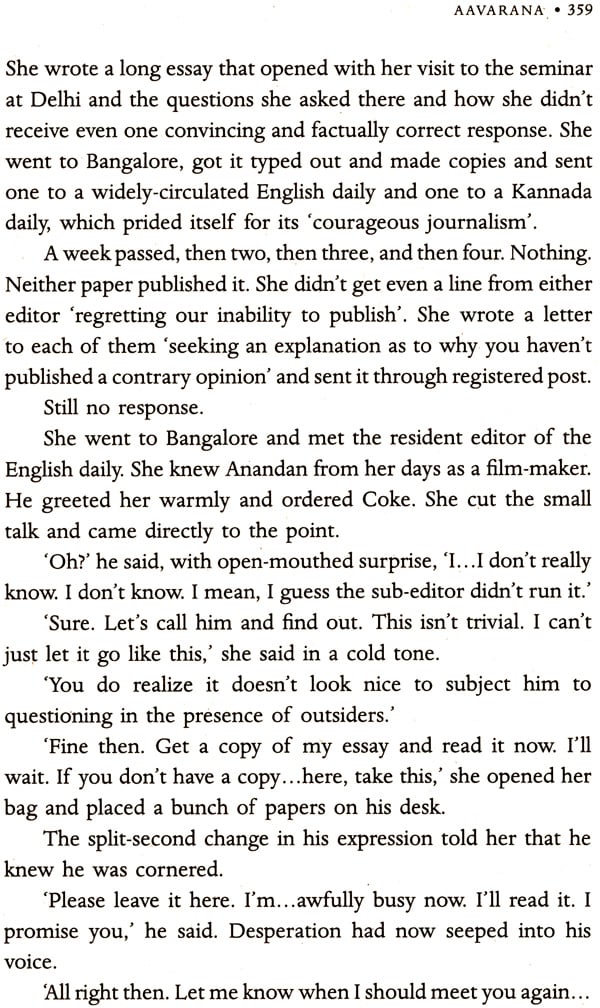 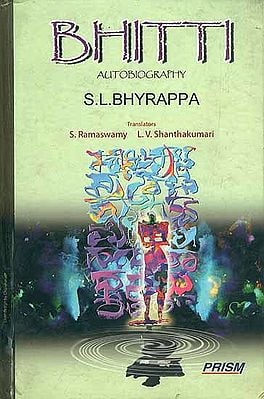 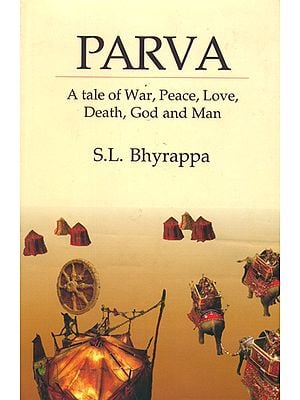 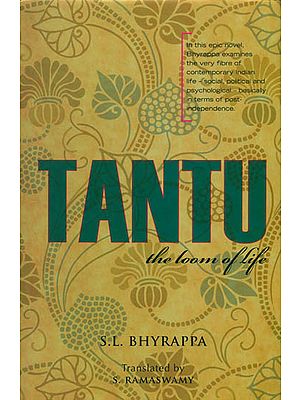 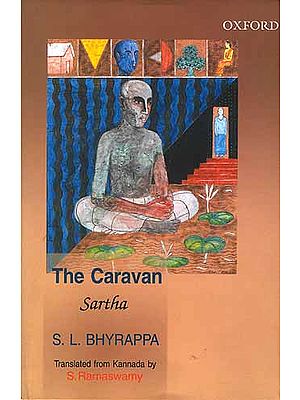 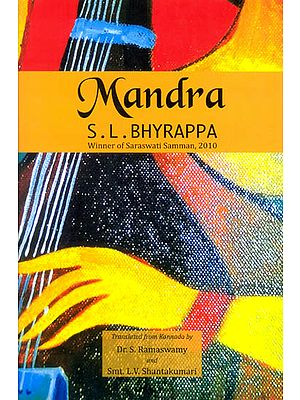 Crossing Over - Translation of Kannada Novel 'Datu'
By Pradhan Gurudatta and David Mowat
$77.00 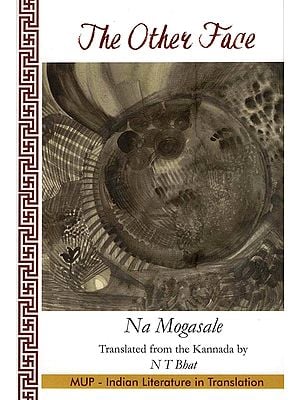 The Other Face
By Dr. N Thirumaleswara Bhat
$39.00