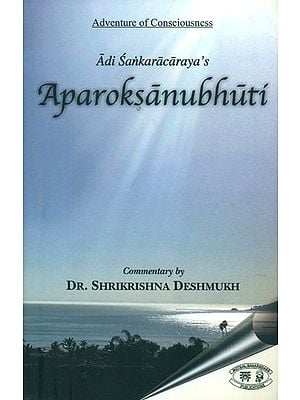 $22.00
Notify me when this item is available
Save to Wishlist Send as E-card Share by Email
Introduction

T he insightful compositions authored by Adi Sankaracarya are based on the doctrine of Advaita Vedanta. However, each composition emphasizes a different aspect each time and presents the same philosophy in a distinct, unique and perceptive manner. Readers can feel the joy in learning new subtleties and approaches in each text. The treatise of Aparoksanubhuti consists of 144 verses, which makes it just the right size for the students of Vedanta. The text explains the fundamental principle, Sat-Cit-Ananda (Brahman), in a discerning manner. It also unfolds various spiritual practices for liberation (Moksa), obstacles in the path of liberation and ways to remove them . Acarya has not only explained theoretical aspects of Vedanta, but also outlined a systematic path to attain Self-realization in this incisive text.

Spiritual pursuit can be of three kinds -

Aparoksanubhuti clearly calls attention to the first two aspects. E.g. in the very first invocatory verse, the author specifically cites that Isvara is the creator of 14 esoteric planes (7 Swarga Loka, 7 Patala Loka). On one hand, Vedanta presents the theory of no-origination (Ajatavada), which states that the empirical world has no real origin, birth or existence. Alternatively, Vedanta also states that everything in the world is verily Brahman (Sarva Brahmavada). Despite these theories, why has the author mentioned 14 esoteric planes in the very first verse of this treatise? This is because most people believe that the world is real with all its diversities. So, to support the common mass faith in Isvara, Acarya has used the language of Adhyaropa, which states that Isvara is the creator of this world. It is a recommended practice to teach Vedanta in a gradual, evolving manner to ordinary seekers. Acarya clearly maintains the following approach in his treatise -
Adhyaropa Apavadabhyam nisprapancam prapncyate I
Sisyanam bodhasiddhyartham tattvajnaih kalpitah kramah II
Mandukya Karika explains Asparsayoga which states that Brahman does not touch anything else. [The world does not exist as per Ajatavada; hence Brahman cannot touch it.] But even then, millions of people believe that the world exists for real. Therefore, for the convenience of masses, Vedanta first accepts the existence of the world as real, which is called as 'false attribution' (Adhyaropa) Later it explains the theory of One, non-dual Brahman, and refutes the existence of the world, which was earlier accepted as real. This is called as Apavada. With this approach, Vedanta delicately leads ordinary seekers from the gross world to the subtle principle of Brahman.

To explain this in more detail, Vedanta states the concept of Vivarta. Vivarta is an 'imaginary change' where the perceived object (the world) appears to be different from its substratum (Brahman) - both visually and in essence. As a result of Vivarta, Brahman is completely hidden and cannot be known. Names and forms conceal Brahman. The world is but an illusive appearance. Vedanta accepts the world as real (Adhyaropa) initially, and later refutes the existence of the world (Apavada). 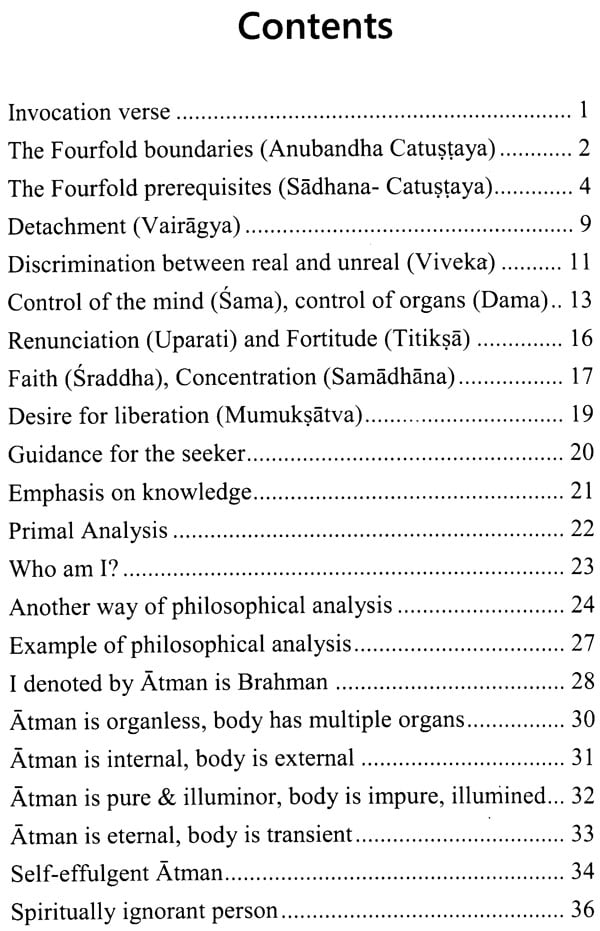 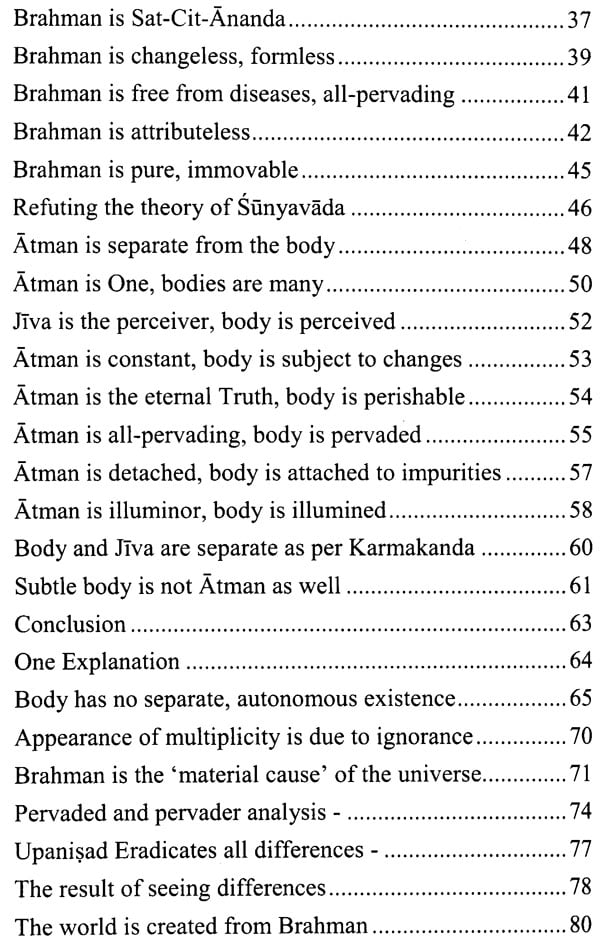 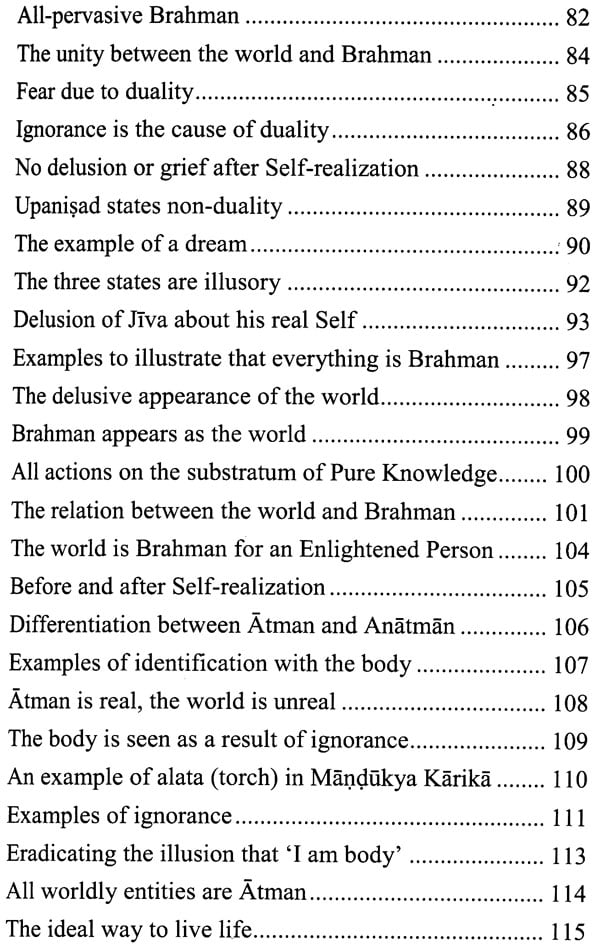 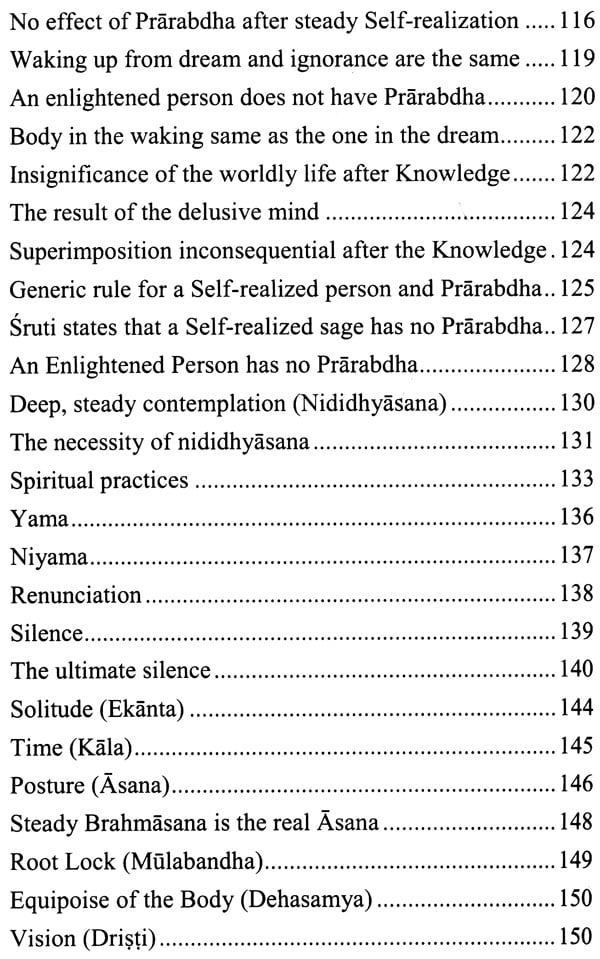 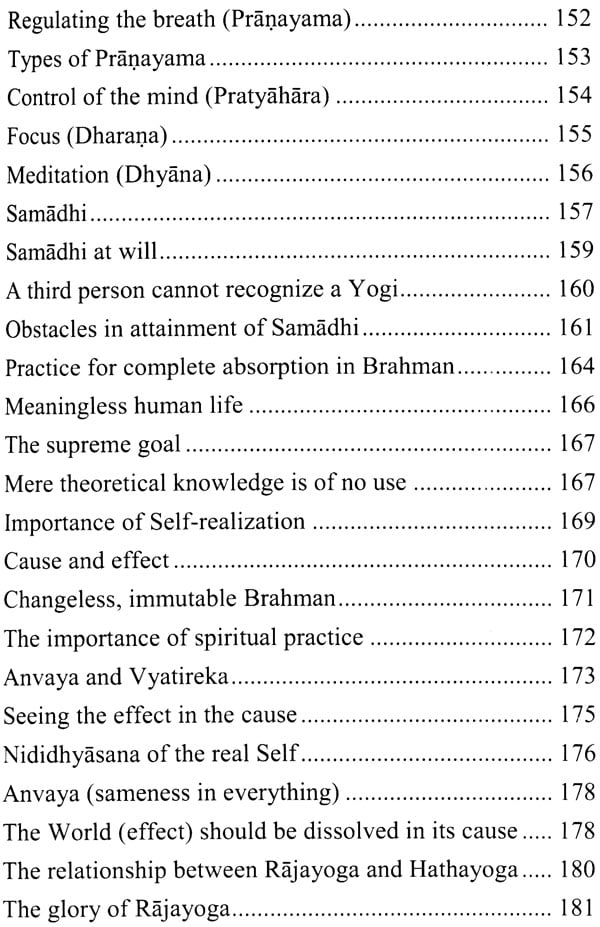 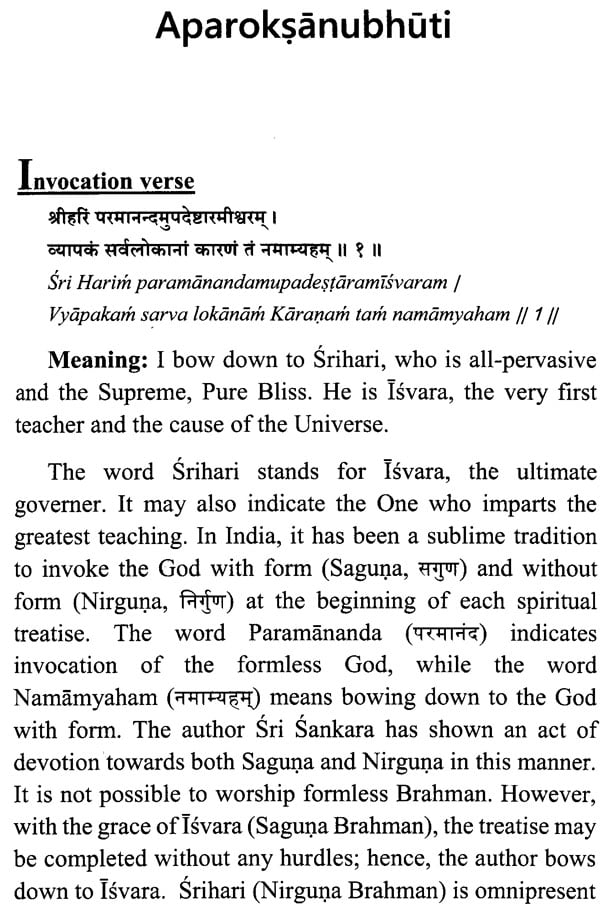 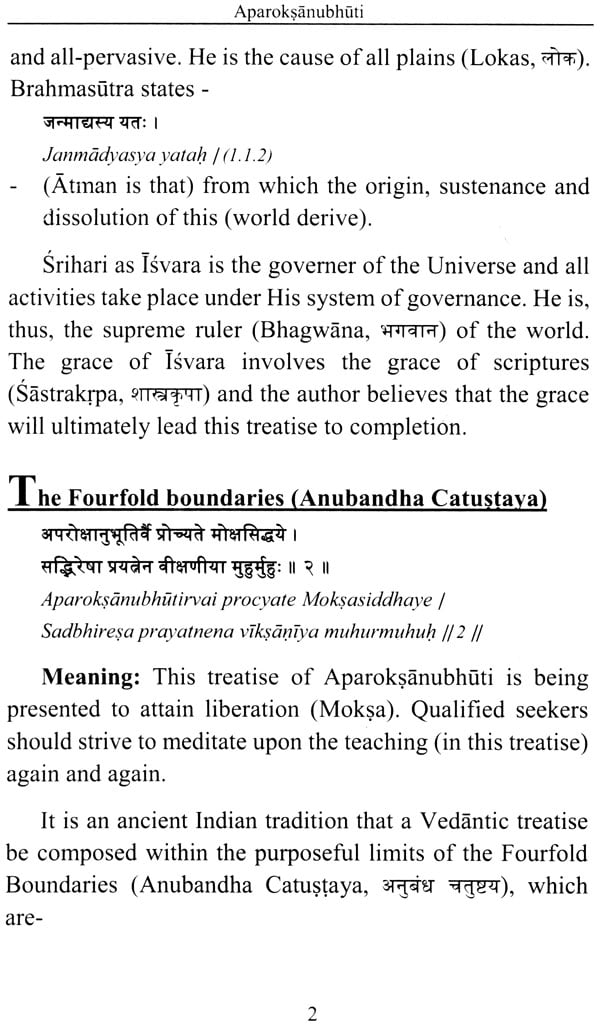 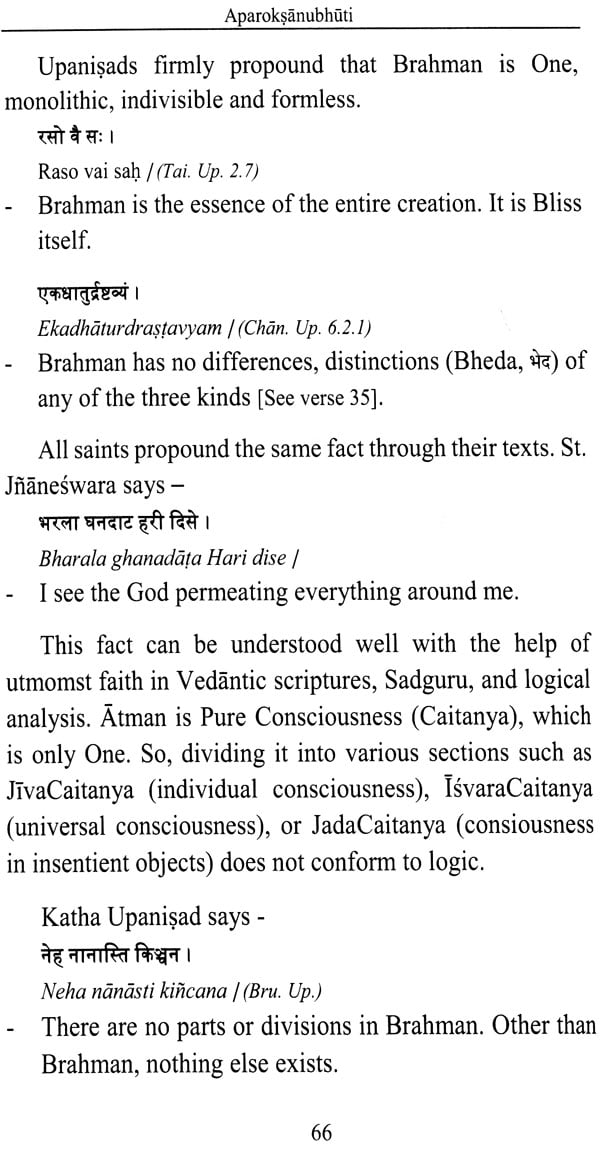 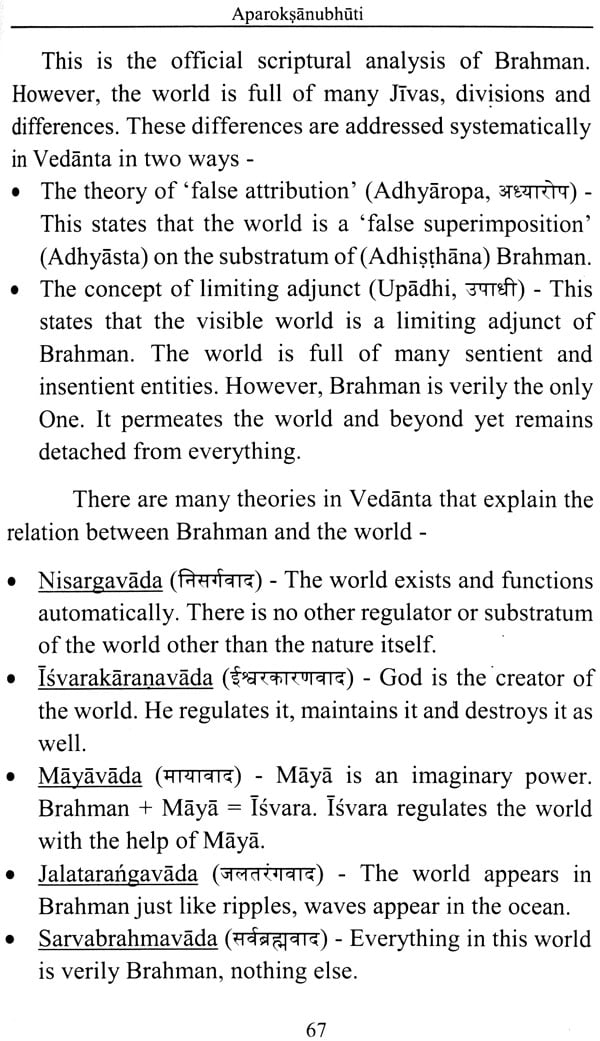 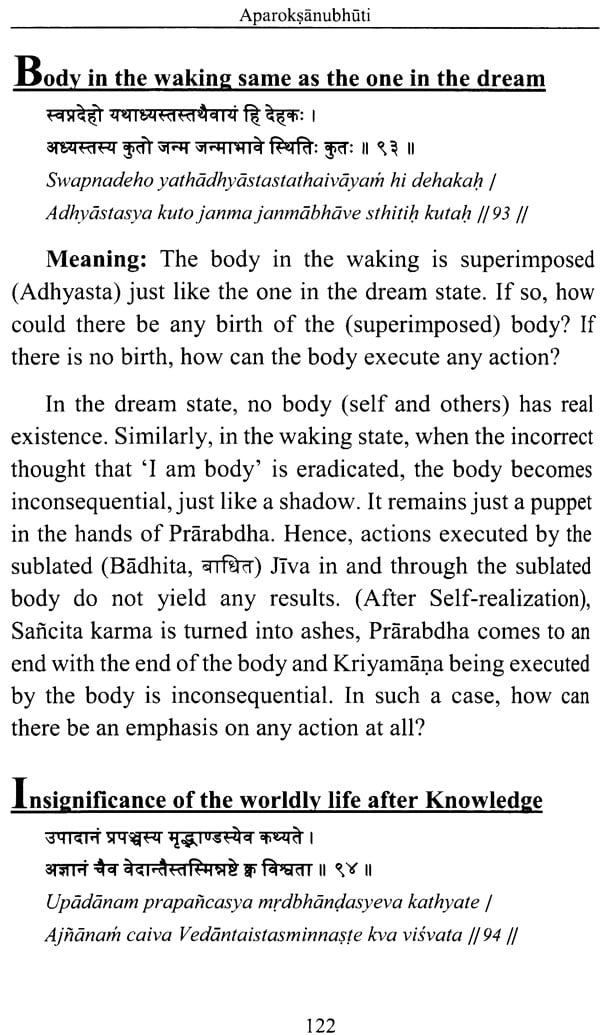 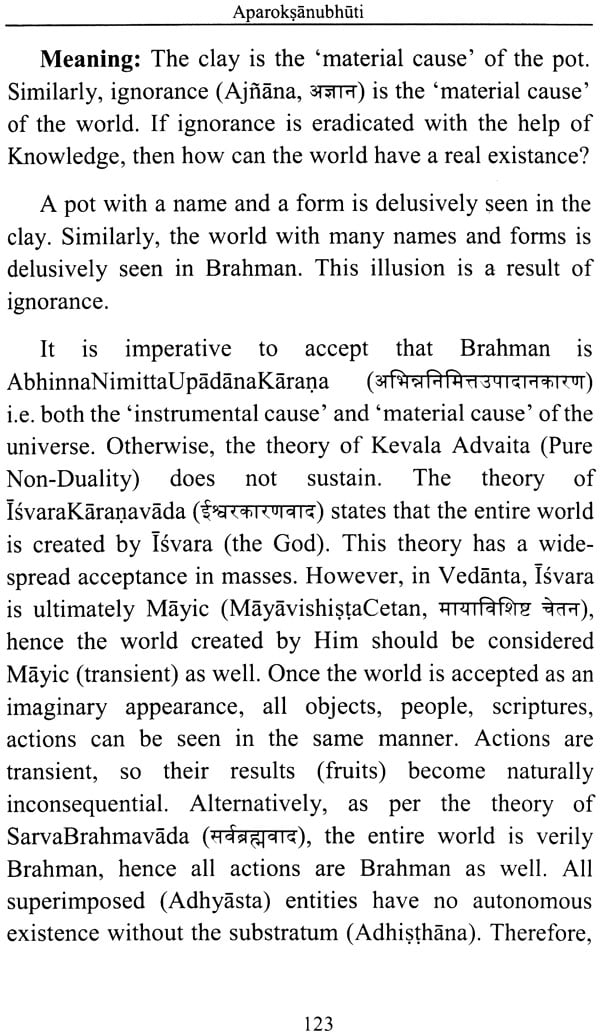 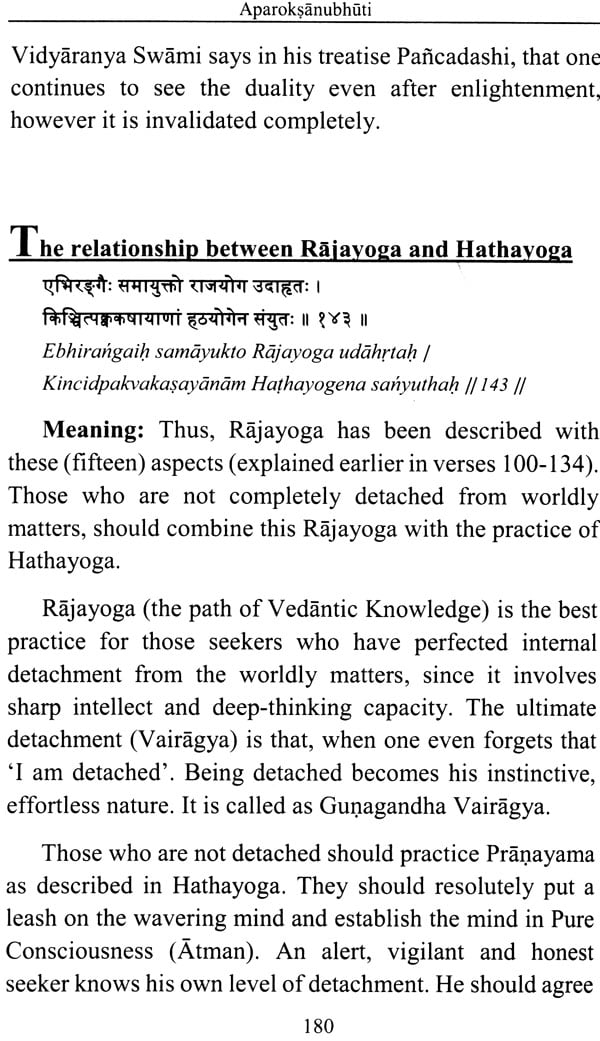 Aparokshanubhuti or Self-Realization of Sri Sankaracharya (Shankaracharya)
By Swami Vimuktananda
$8.00 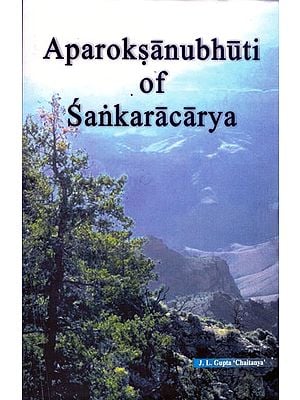 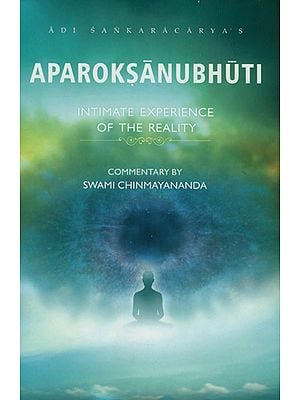 Aparoksanubhuti: Intimate Experience of the Reality ((With Sanskrit Text, Transliteration and English Translation))
By Sri Adi SankaracaryaCommentary by Swami Chinmayananda
$16.00 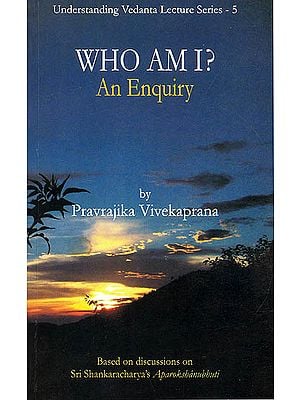 Advaitic Mysticism of Sankara
By A. Ramamurty
$31.00 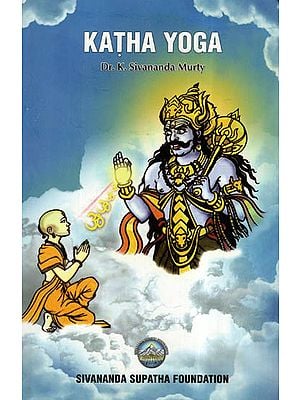 An Introduction To The Philosophy of Panchadasi
By Swami Abhedananda
$6.00 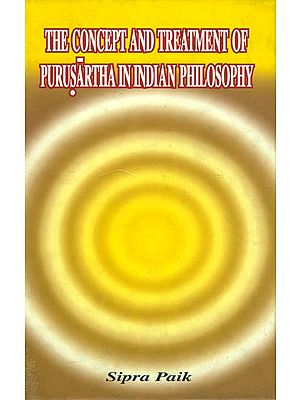 The Concept and Treatment of Purusartha in Indian Philosophy
By Dr. Sipra Paik
$36.00 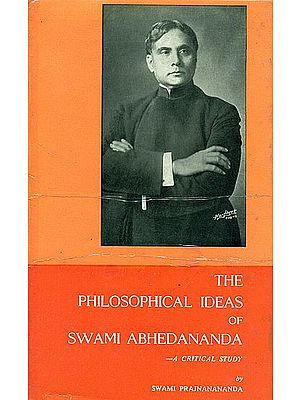