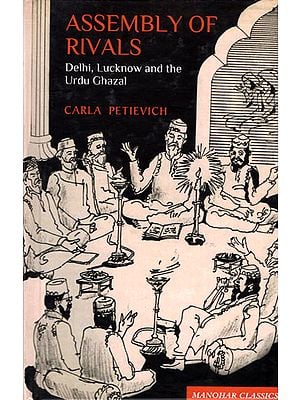 $30.00
Notify me when this item is available
Save to Wishlist Send as E-card Share by Email
About the book

Urdu critics have described the traditions of poetry of Delhi and Lucknow as rival `Schools' and argued that their literary differences reflected differing social conditions in the two primary centers of Muslim culture in north India during eighteenth and nineteenth centuries.

Assembly of Rivals challenges this Two School theory, arguing that a careful examination of Dihlavi and Lakhnavi ghazal texts does not support the distinctions drawn by critics between the two bodies of poetry, and that Delhi-Lucknow distinctions are better understood in the context of a fierce competition for cultural authority which rages between the two centers during a time of political flux.

The author first traces how the Two School theory developed from impressionistic, oblique comments in Urdu's earliest critical works by Muhammad Husain Azad and Altaf Husain Hali into a full-blown, formal classification of separate Delhi and Lucknow schools in Abdus Salam Nadvi's Sherul Hind (1926). Next, the literary definitions of the Two School theory are challenged in a detailed comparison of verses by Dihlavi and Lakhnavi masters written in the same meter and rhyme-scheme.

Finally, the Two School theory — amply refutable on literary grounds — is suggested as a discursive device linking Delhi to Mughal and Indo-Persian heritage, and Lucknow to less `legitimate' aspects of Indian culture, as a means of legitimizing Indo-Muslim culture in the face of a moralizing colonial presence.

This book is not merely an indepth study of literary trends in the two great centers; it also provides a glimpse of the historical and cultural traditions of the areas studied.

Carla Petievich is Professor Emeritus of History and Urdu. Among other places, she has taught at Montclair State University, Columbia University and the University of Texas at Austin, where she is currently affiliated. Her other books include The Expanding Landscape: South Asians and the Diaspora (1999) and When Men Speak as Women: Vocal Masquerade in India-Muslim Poetry (2007).

Since retirement from teaching she has founded and run the Hoshyar Foundation, which is dedicated to raising and distributing resources to increase access to girls' post-primary education in remote and underserved communities in Pakistan.

The student of Urdu poetry cannot help but be exposed, very early on in her studies, to the magic of Mirza Asadullah Khan Ghalib (1797-1869). As Brian Silver observes, "No practitioner of the Urdu ghazal is more renowned" and "no other modern writer of the subcontinent--with the exceptions of Rabindranath Tagore and Muhammad Iqbal--has inspired such a range of critical and biographical literature in a variety of languages .. ." and not all of them Indian languages.

All the more remarkable is the brevity of literary output which has inspired so much secondary literature. Ghalib's authorized Urdu divan consists of 1468 verses, while many major poets' collected works run to twenty or thirty times that volume. Though tradition has it that Ghalib himself claimed to hold his Urdu poetry far inferior to his Persian verse—and this can be understood in view of the Persian cultural identification of Indian Muslims which will be discussed elsewhere in this study—his Urdu divan will continue to excite the critics and maintain for Ghalib widespread acclaim as classical Urdu's greatest poet.

The very fact of Ghalib's enormous popularity has led to a most unbalanced portrayal of the picture of Urdu poetry as a whole body of literature. Some scholars would even disclaim the merits of nearly any other Urdu poet. Only recently has a leading scholar been working on a commentary to the Kulliyat (collected works) of Mir Taqi Mir, who is said by some to have attained the Urdu ghazal's lyric heights. By contrast, commentaries on Ghalib abound, while the remaining twenty or thirty-odd poets in the Urdu canon have been almost thoroughly neglected by commentators.

Given the paucity of critical attention it has received, an entire period of Urdu literature (the early 19th century) might as well never have occurred, yet it is this very period which represents the heyday of Urdu's efflorescence. To the lover of the Urdu ghazal it seems unfortunate to dismiss the greater bulk of classical poetry just because it was not composed by Ghalib, for the other poets by whom it was composed were products and artistic exponents of the same cultural tradition. These other poets; and their poetry were received in their own time with delight, appreciation and great reverence. Yet today it is almost impossible to locate the collected works of many nineteenth century Urdu poets, either in manuscript or published form. Furthermore, the focus of attention in the existing body of scholarship has been almost entirely devoted to poets of Delhi--at the expense of poets assocated with the court cultures of Lucknow, Rampur, Hyderabad and others. 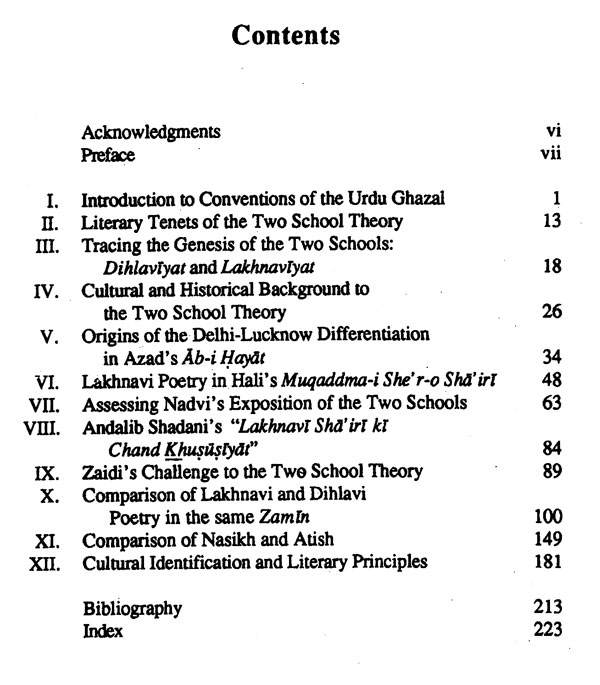 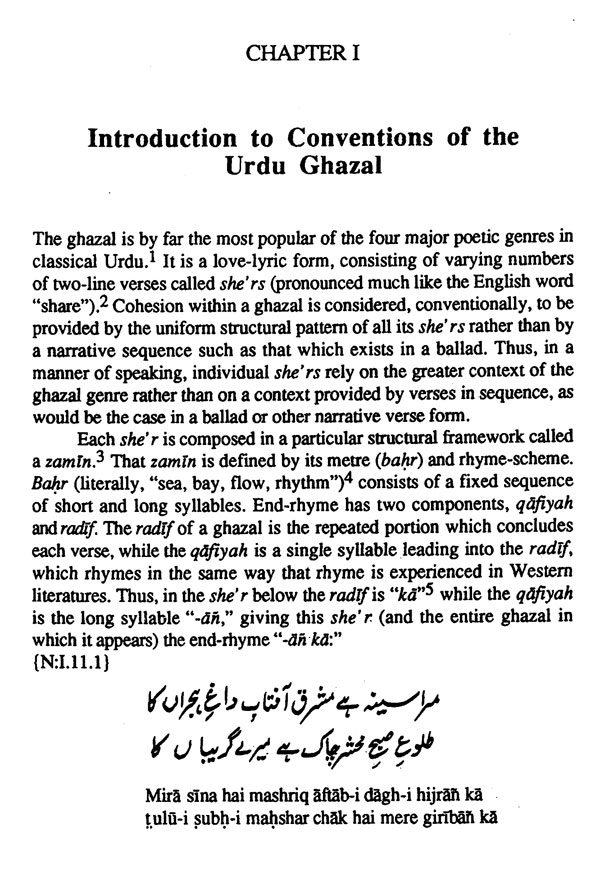 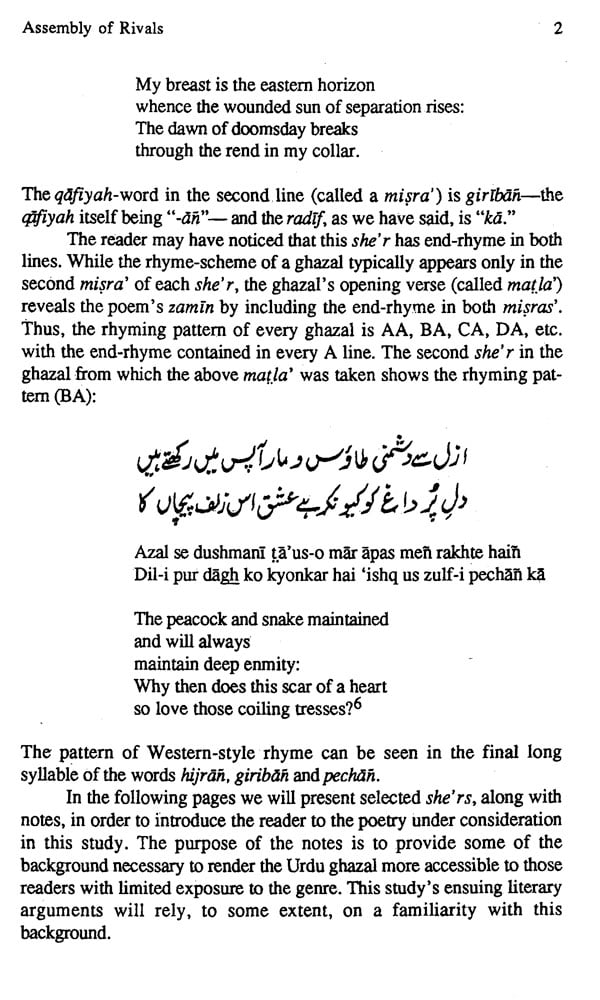 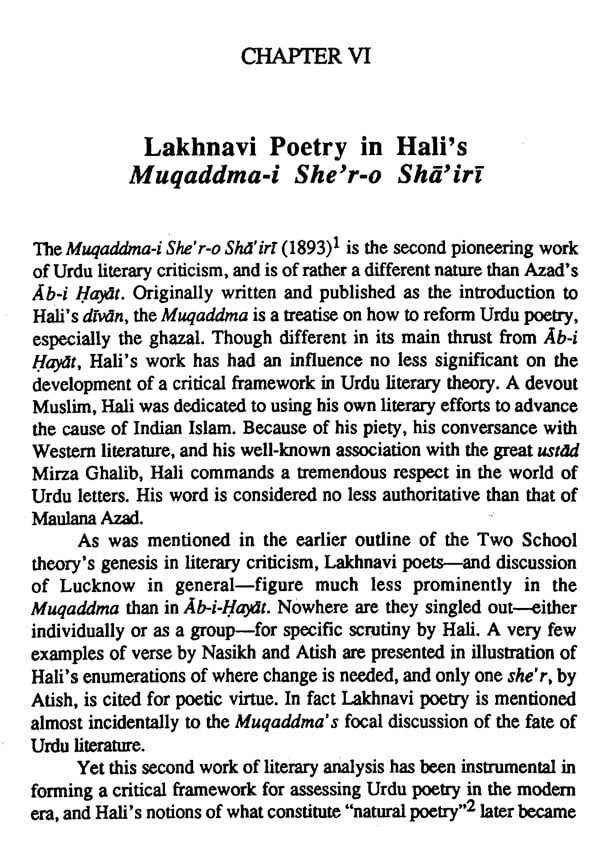 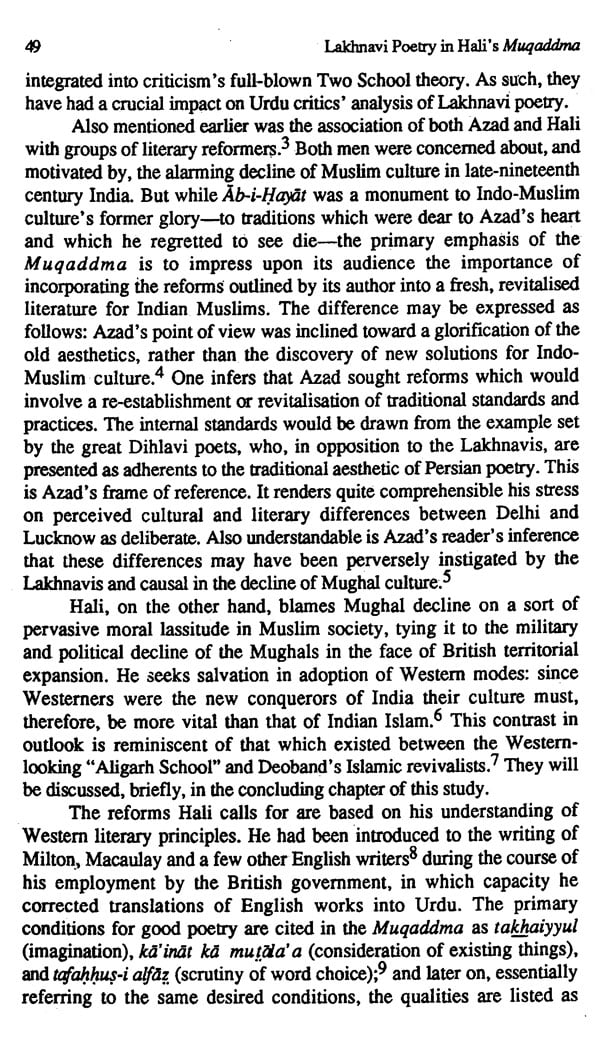 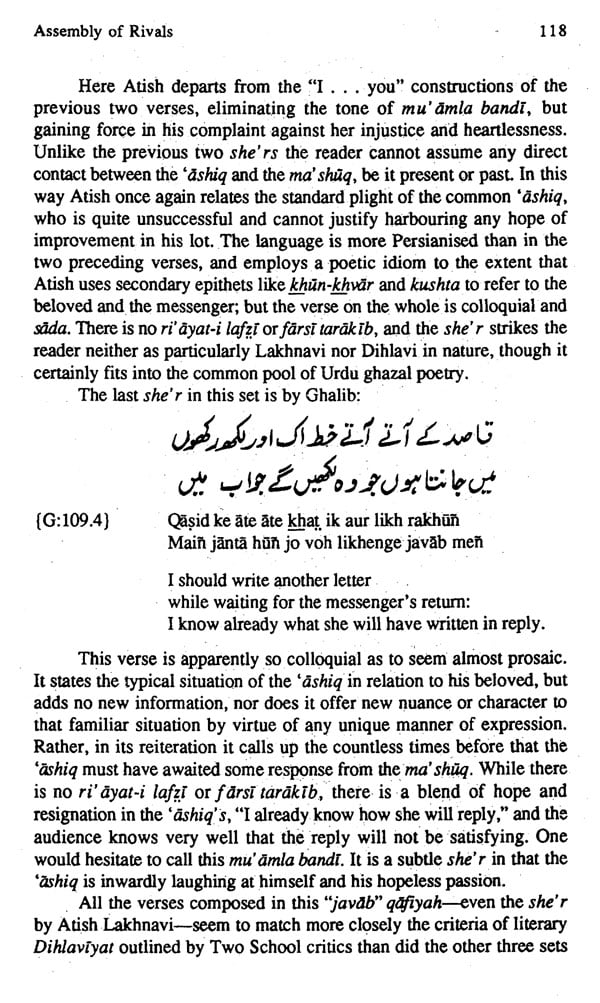 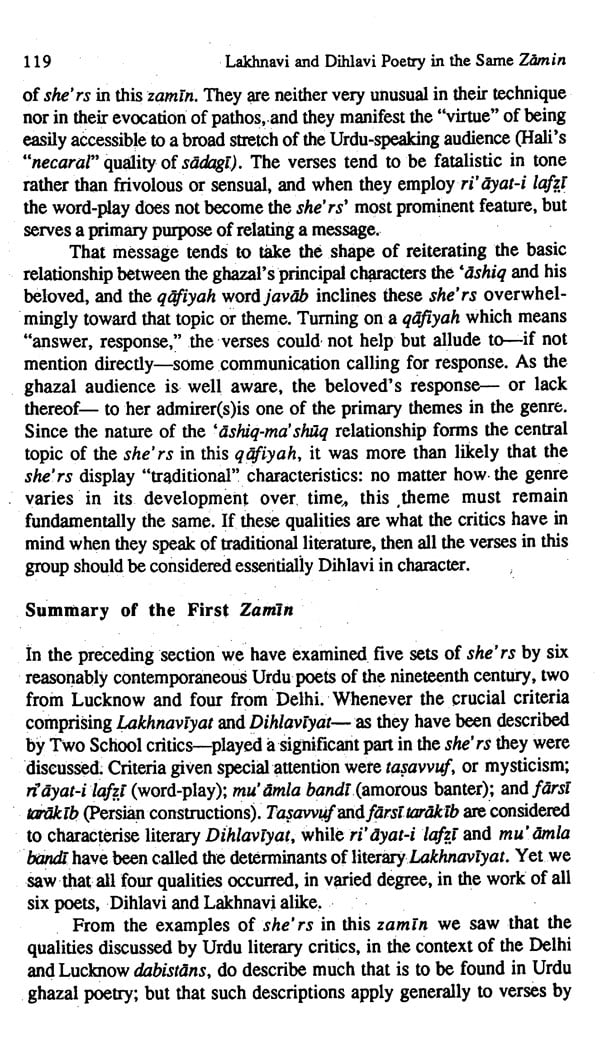 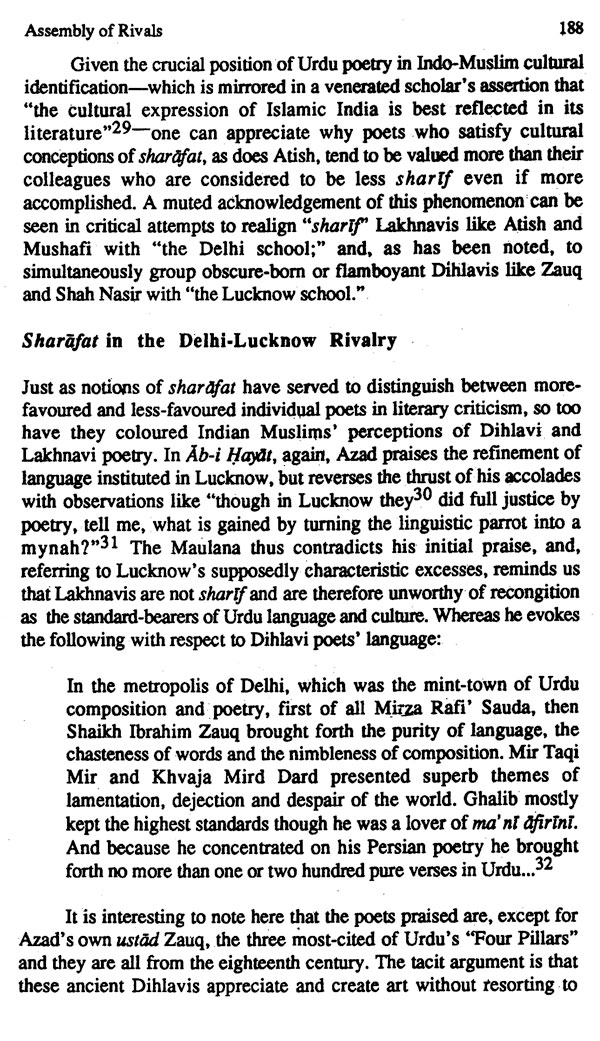 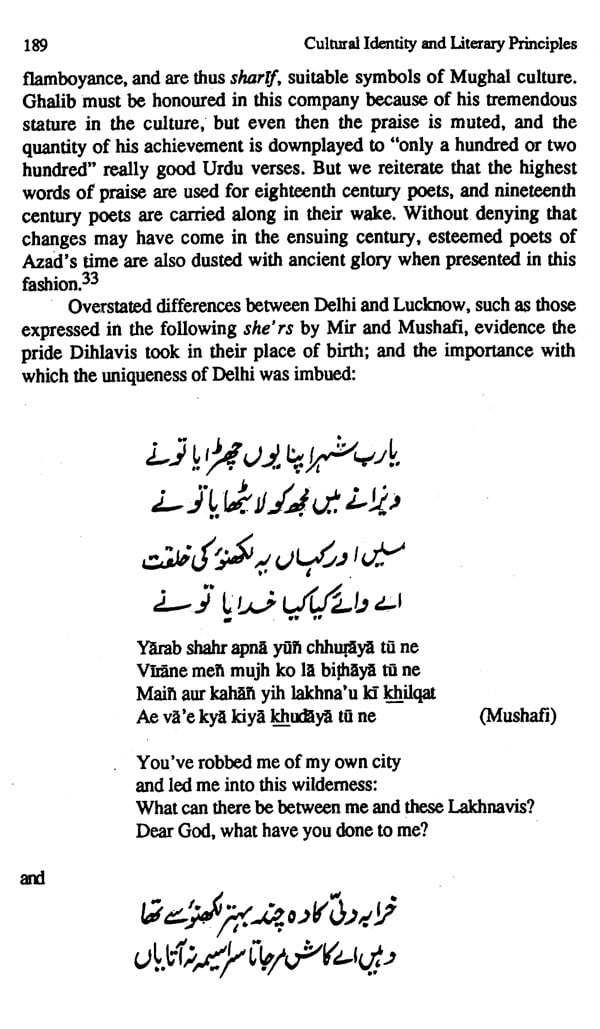 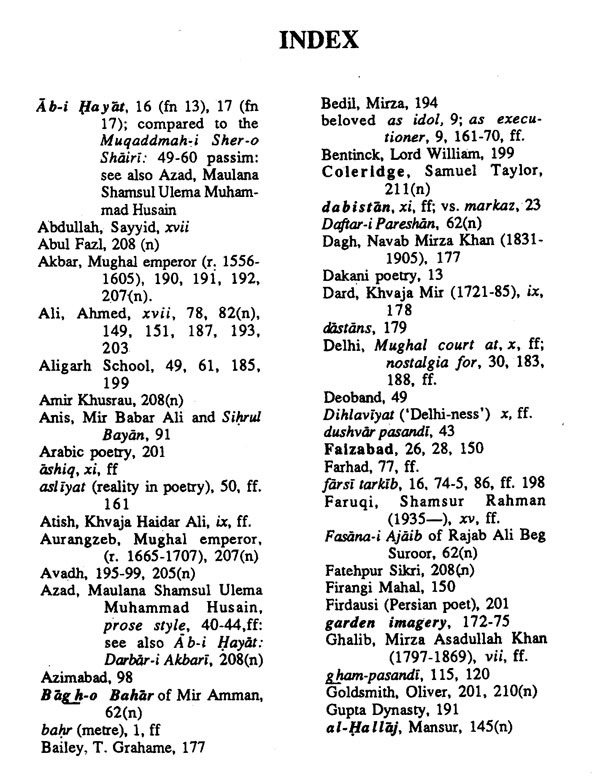 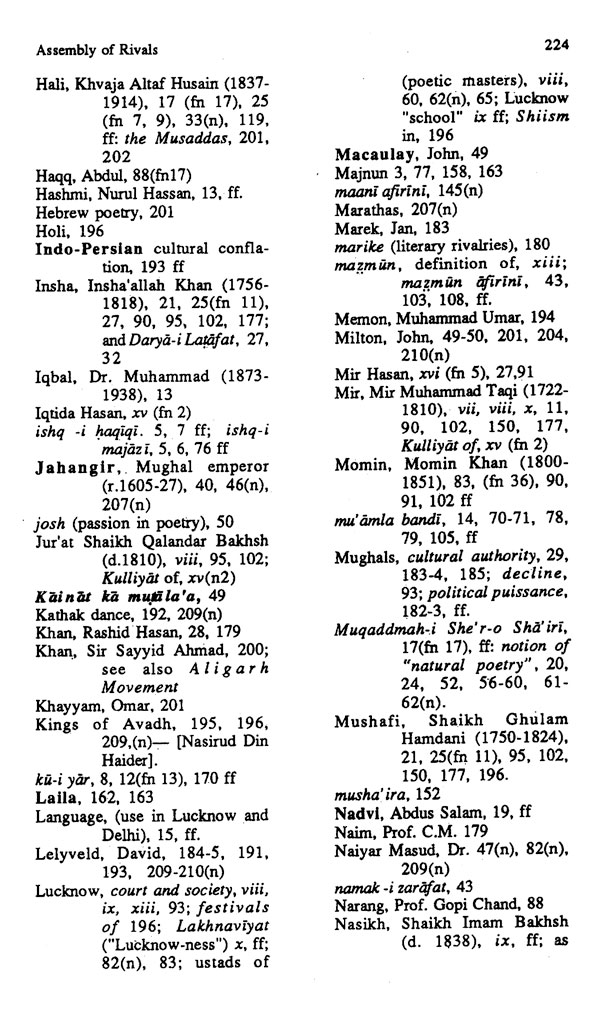 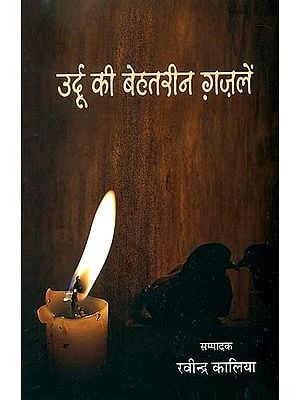 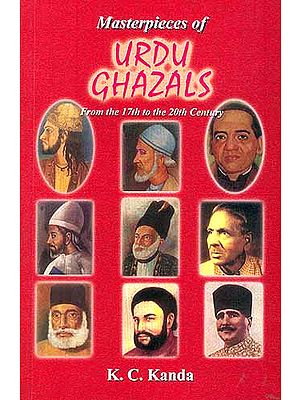 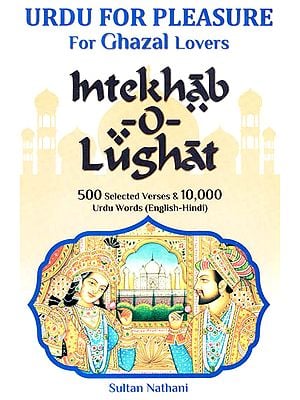 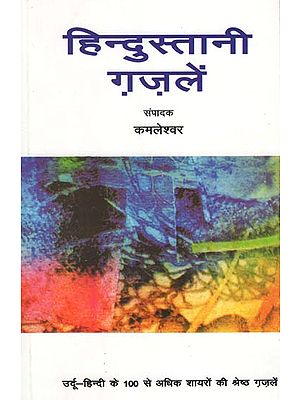 THE OXFORD INDIA GHALIB (Life, Letters and Ghazals)
By Ed. by. RALPH RUSSELL
$43.00 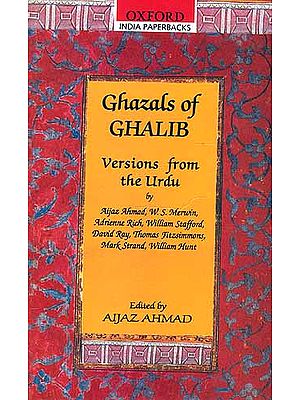 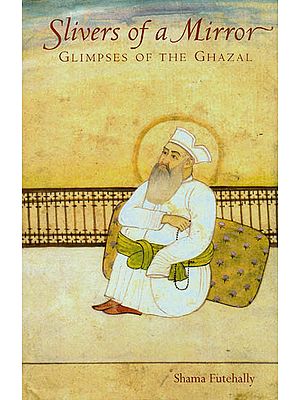