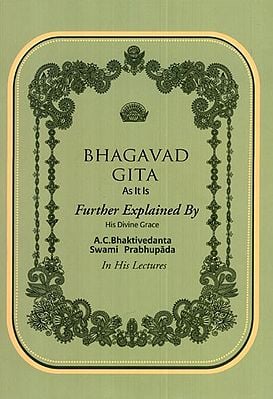 Bhagavad Gita- As it is Further Explained

I have been an avid student and admirer of Bhagavad-gītā since the 1970's when I began memorizing all of its verses. From the very beginning I found transcendental pleasure in the recitation of the verses, and that pleasure sustained my interest throughout all these years. Over and above that, the immense wealth of understanding derived from their study sustained my interest in Bhagavad-gītā.

For some time, I desired to make another thorough study of all of Śrīla Prabhupāda's books, beginning with Bhagavad-gītā. For that purpose I had hoped that I could have a lengthy period of time where I would be almost completely free of all kinds of obligations which would take up my time and distract me. By good fortune that time came, appearing at first like a great void. Fortunately, I filled that void by delving deeply into all of Śrīla Prabhupāda's recorded and transcribed lectures on Bhagavad-gītā.

Śrīla Prabhupāda's didn't lecture on all of the verses of Bhagavad-gītā, and he never lectured on any verses from the 11th and 17th chapters. On the other hand, he lectured on some verses, such as the first verse of the 7th chapter, many, many times. For this reason this compilation has a quality of non-uniformity, with some portions of Bhagavad-gītā thoroughly explained while other portions are without explanation. 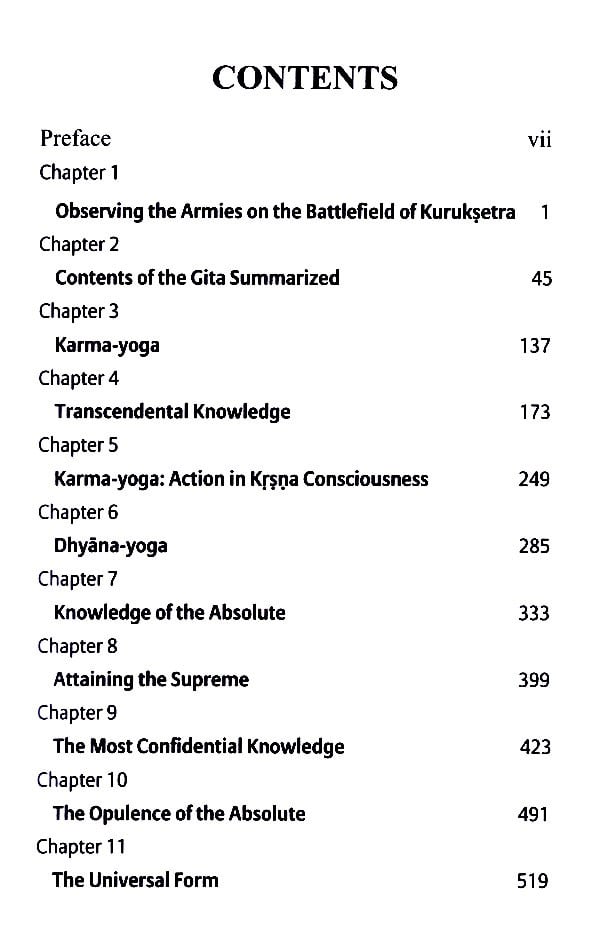 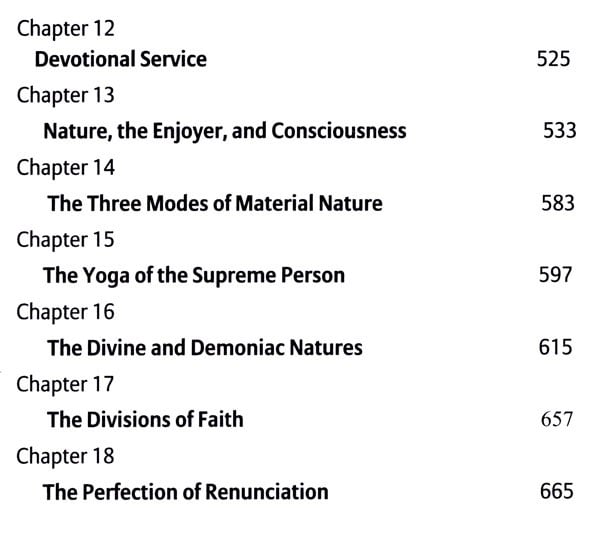 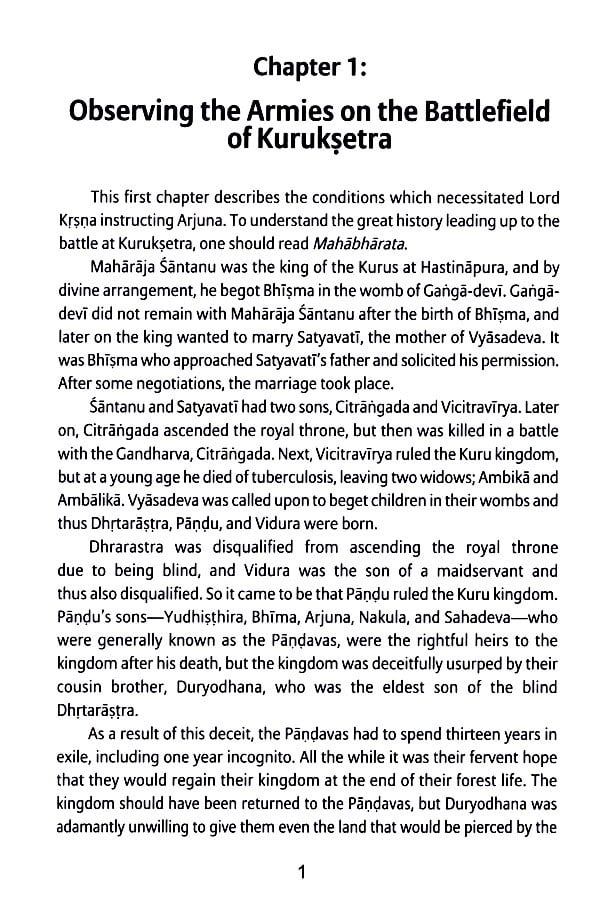 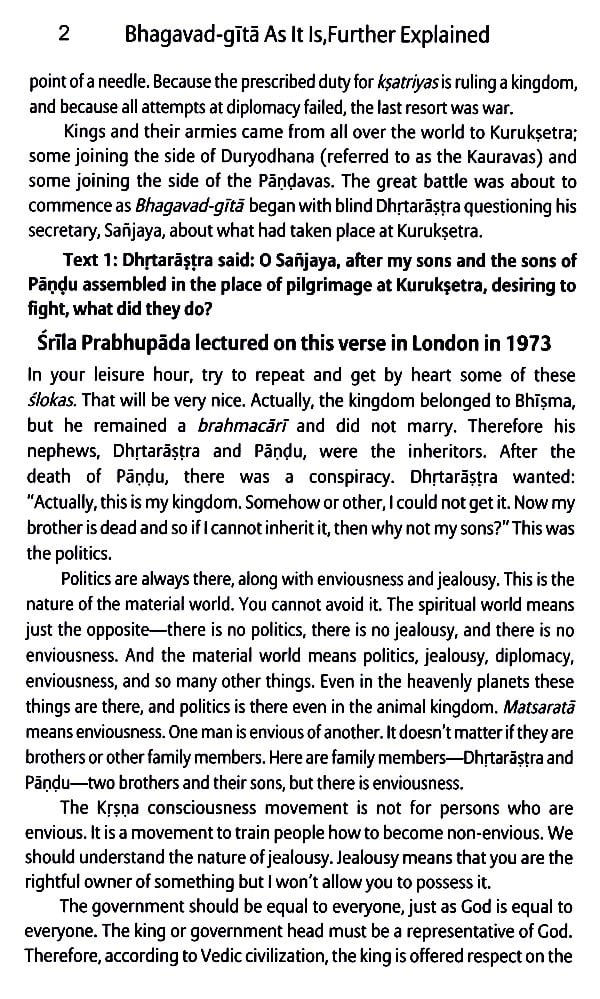 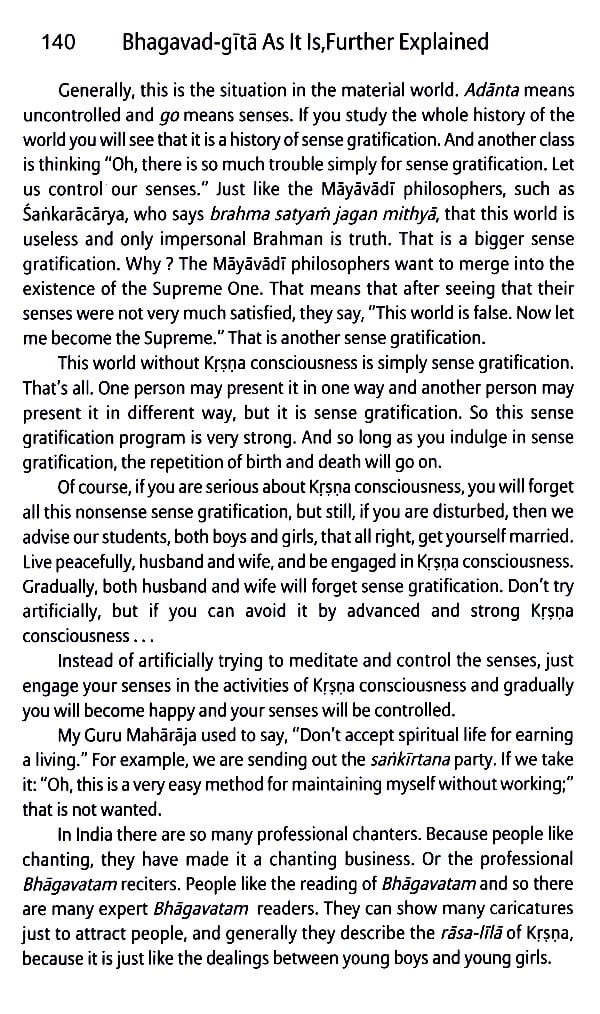 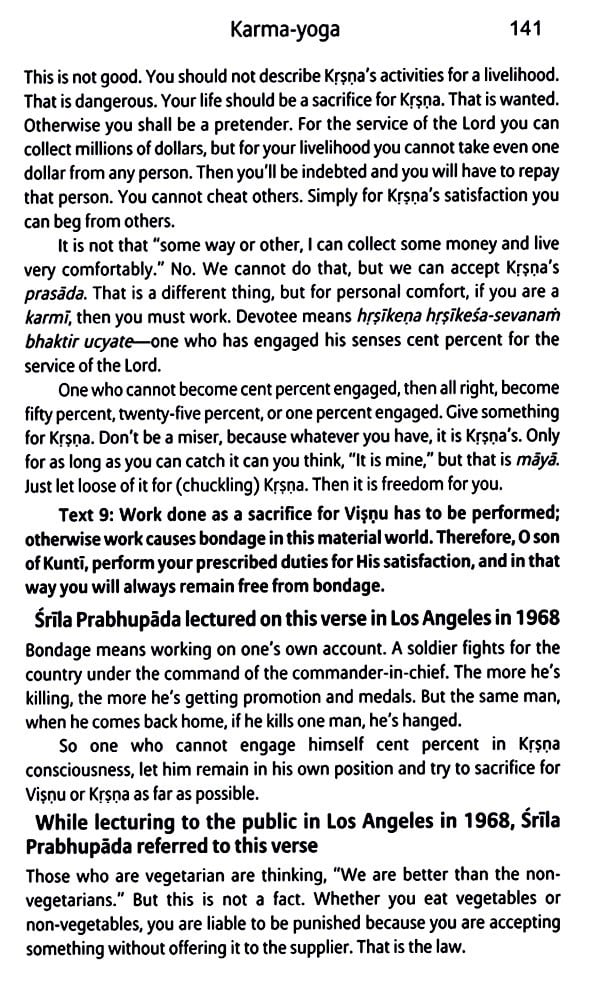 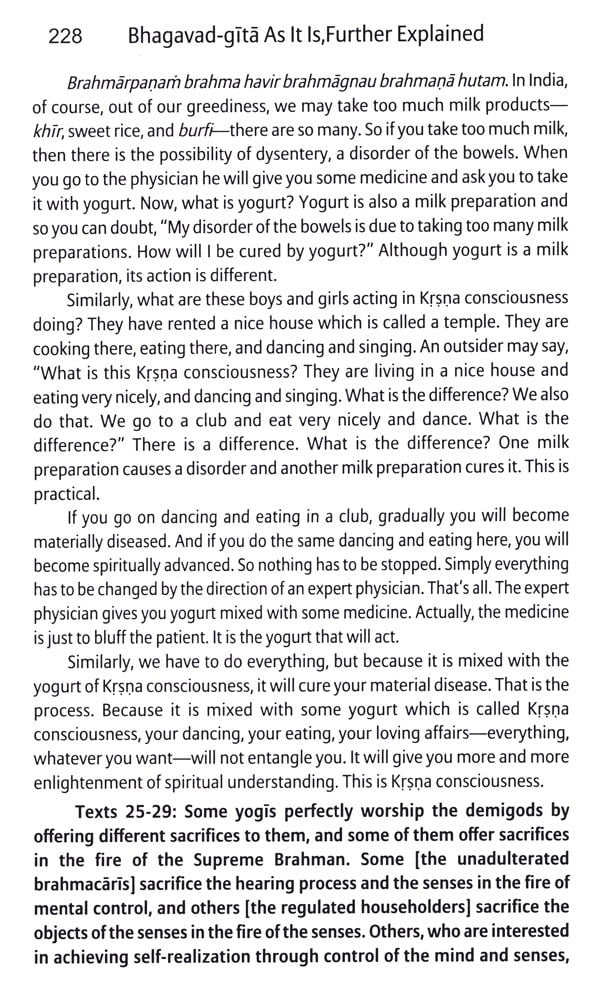 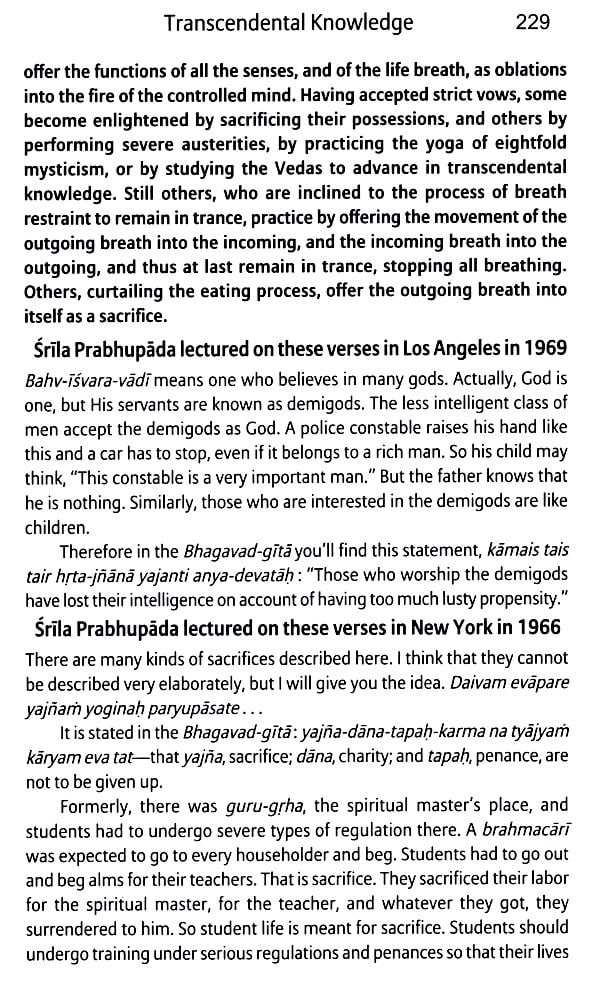 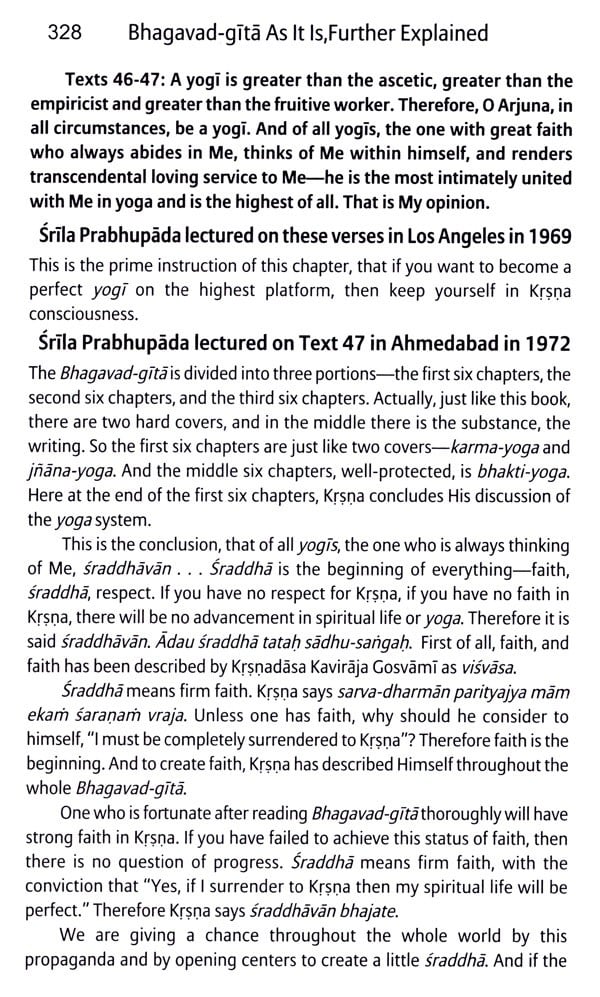 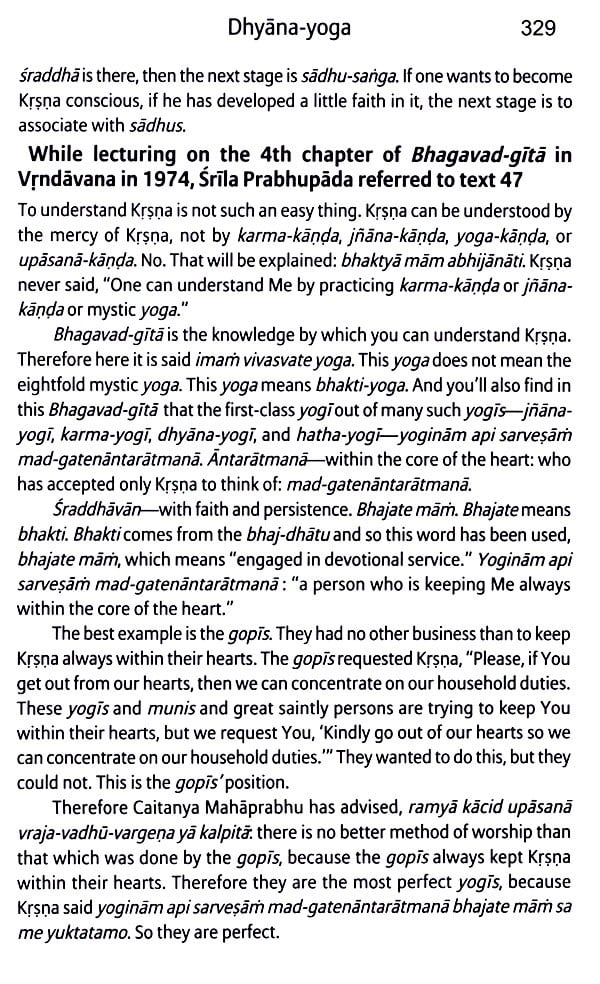 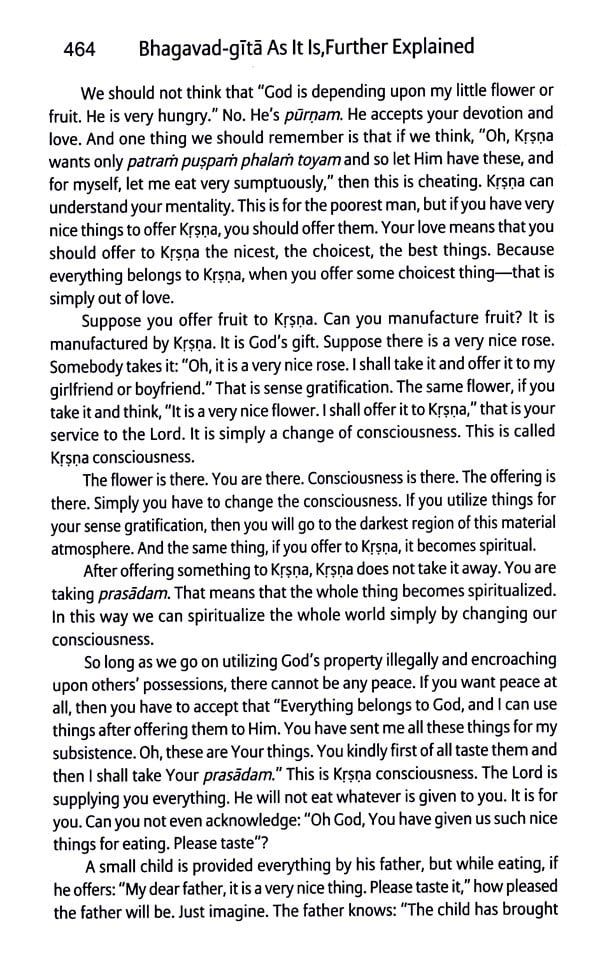 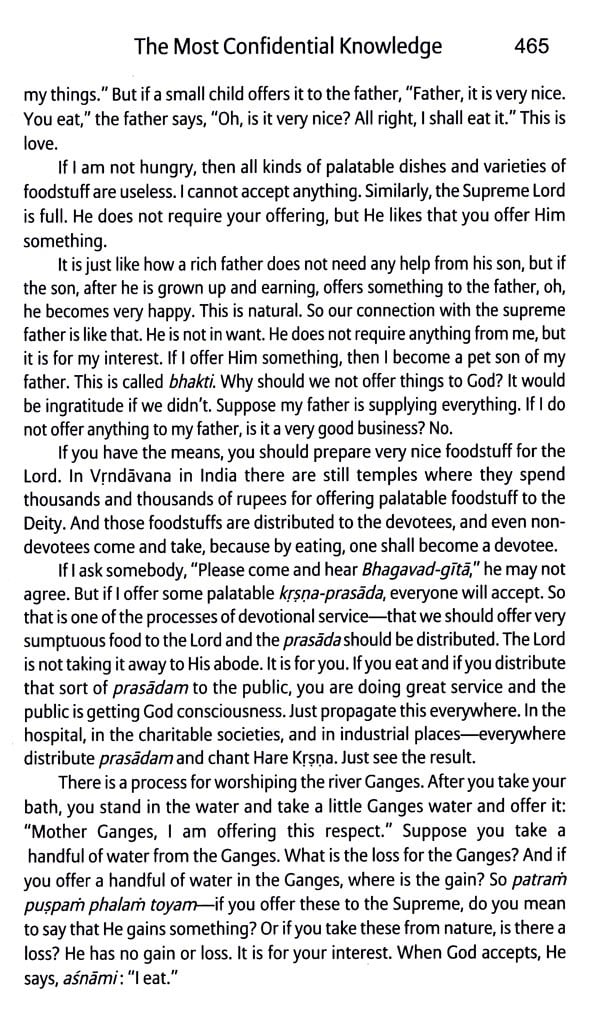 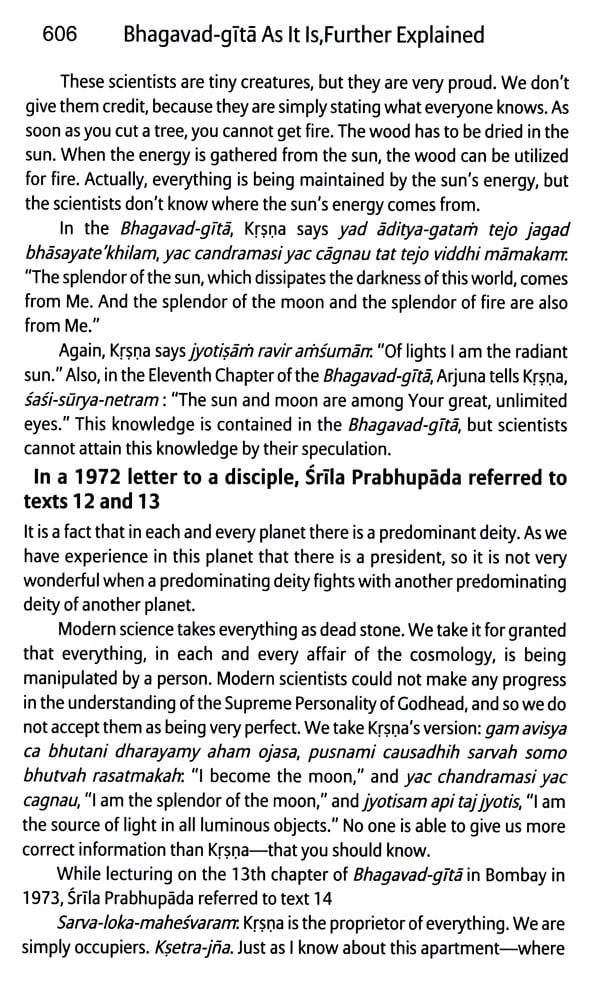 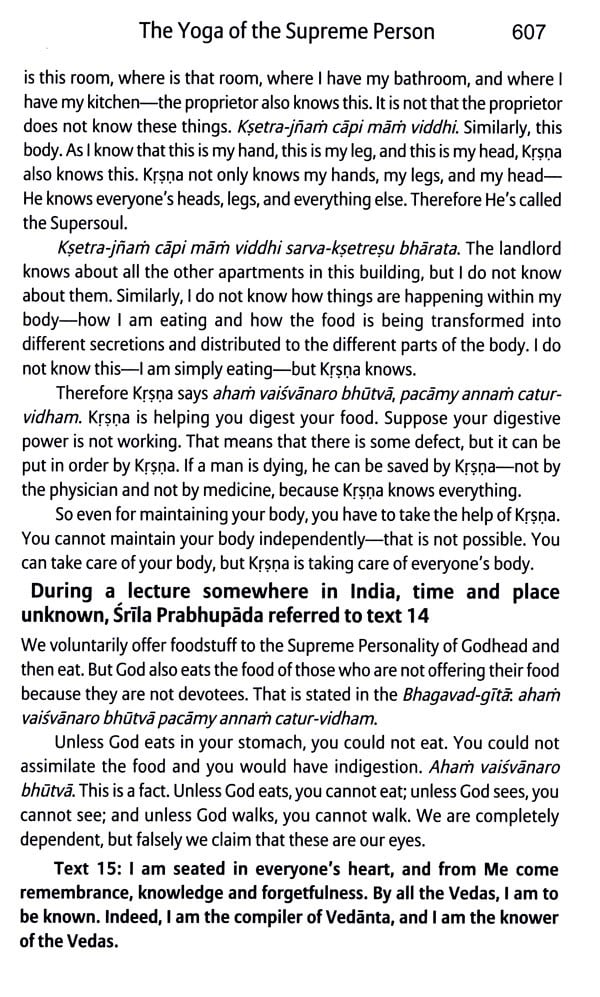