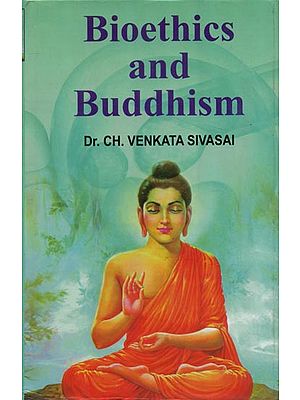 $45.00
Notify me when this item is available
Save to Wishlist Send as E-card Share by Email
About the Book
The book Bioethics and Buddhism is a unique work giving a glimpse of Bioethics and Buddhism along with of discuss various Bioethical issues in Buddhist Perspective. The author has brought out the significance of Bioethics and Buddhism for the contemporary world. The book aims at conveying the message of the Buddha to the modern world-the message of Ethics and Morality. The central contention of the book is that the modern world must follow the teachings of the Buddha as well as Buddhist Ethics in order to solve its problems, medical, social, moral and Spiritual.

Dr. Venkata Sivasai has a made a commendable effort to bring out the basic principles of the Buddhist ethics and show that these principles are as relevant and to solve various contemporary Biomedical issues.

About the Author
Dr Ch. Venkata Sivasai is presently working as Assistant Professor in School Of Buddhist Studies and Civilization, Gautama Buddha University, Greater Noida, in Utter Pradesh. . His has17 years of teaching experience for P.G, M.Phil, and PhD students. He has published more than 50 Research papers in various National and International reputed Journals. He has been presenting more than 50 papers in various National and international seminars. Previously he worked as Associate Professor, Principal, Head of the Department in various Colleges and Universities... He has completed his M.A, M.Phil, and PhD from University of Hyderabad and Dravidian University... He also had done M.Sc (Psychology,) M.A (Education), M.A (Sanskrit). He worked as Translator for Speeches of Honorable His Holiness Dalai lama in Kalachakra 2006 at Amravati (A.P) His Specializations are Buddhist Ethics, Buddhist Philosophy, Buddhist Psychology, Buddhist Education, Social Engaged Buddhism, Bio-ethics , Engineering Ethics, Human Values and Society, Behavioral Skills; .Personality Development. Counseling etc .He has published 4 books. He is Life member in Indian Philosophical Congress and Indian Society for Buddhist Studies .He acted as Chair person for many Technical Sessions in Various National and International Conferences. He got Gold Medal for PhD.
Foreword
Dr. Ch. Venkata Sivasai's book Bioethics and Buddhism is a unique work giving a glimpse of Bioethics and Buddhism along with of discuss various Bioethical issues in Buddhist Perspective. He has brought out the significance of Bioethics and Buddhism for the contemporary world. The book aims at conveying the message of the Buddha to the modern world-the message of Ethics and Morality. The central contention of the book is that the modern world must follow the teachings of the Buddha as well as Buddhist Ethics in order to solve its problems, medical, social, moral and Spiritual.

There is a commonality between Bioethics and Buddhism which lies in the idea of the practical use of ideas and concepts through to solve biomedical issues. The Buddha emphasized the practical nature of Buddhist ethical teachings because, according to him, philosophy is like a therapy which eliminates the suffering of man. Therefore, the Buddha discouraged speculative metaphysics and emphasized practical thinking, including the ethical thinking, is for the transformation of human life, so that man becomes a better man by making his philosophical concepts embedded in life.

I hope that this book be only one small part of a wider process that needs to take place, a process of the development of a Buddhist ethics that is truly universal and yet unapologetically normative. The world needs such an ethics, both theoretically understood and, of course, practiced. Theoretically, Buddhist ethics needs clear but universal formulation, as well as application to a wide variety of issues. There are very many more issues of public interest than he has even managed to discuss briefly in this book. This need far more in-depth discussion from a Buddhist perspective. Practically, the application of Buddhist ethics is extremely patchy. Whilst there are Buddhist practitioners who take ethics extremely seriously, they often do so only in a very personal way in relation to their own practice. This is an approach which encourages the impression that Buddhist ethics is mainly about personal purity, yet the basic principles of Buddhism are completely at odds with such an emphasis. If Buddhism is concerned with the universal conditions of humankind, it should be addressing those conditions.

The central question of medical ethics is that of the value of human life, when this value is brought into question by having to be weighed against other things we value. For example, in the issue of abortion, the worth of a human fetus has to be weighed against, say, the health, freedom of other needs of a woman wanting an abortion. When deciding whether to give medical treatment to a patient who has only a small chance of benefiting from it, a doctor has to weigh up human life against medical resources (such as staff time and money) which could be given to other patients. How much is human life worth in these circumstances? The assumption that all humans are persons, then, is an externalist's view, not a Buddhist one. It is thus not always automatically right to put human life before all other priorities, before first considering why and how that human life is valuable, and how it relates to personhood.

Dr. Venkata Sivasai has a made a commendable effort to bring out the basic principles of the Buddhist ethics and show that these principles are as relevant and to solve various contemporary Biomedical issues. I recommend the book to everybody, both scholars and the laymen, who are interested in knowing the Buddhist Ethics and its Principles and its relation to Priethies.

Introduction
The exact date when the Buddha the founder of Buddhism, came in the world is not known but the most accepted view is that his period was from about 563 to 483 B.C. Buddha was born in Kapilavstu, which was situated at the foot of Himalayas.

He was also born as the heir of King Suddhodana of the Sakya Community of Kapilvastu. He spent his youth in pleasures and luxury which customary with the Indian noble people in those days. He lived ten years of married life during which a child called Rahul was born. After enjoying a pleasant life he renounced his home, the glory and riches of their of a king, family bonds and every other worldly tile.

Buddha found the solutions of his mental struggle and anxiety regarding the worldly sorrows and pains in the enlightenment of the Four Noble Truths". This gives rise to a close relationship between religion and morality in Buddhism. According to Junior Takakusm "The eight-fold way may be regarded as the practical Ethics of Buddhism for the purpose of building up human character and improving it , but at the statement is the way of the holy religion for attaining the highest enlightenment-Buddha hood'" Buddha aimed at beginning about the function of practical beds with theoretical knowledge. He tries to highlight the importance of renunciation as against the worldly involve men. In this process he also attempted to expound the principles of Buddhist Morality'. Accordingly, it is natural that morality and religion both become closely related in Buddhism.

Buddhist Ethics: As a religion, Buddhism is inseparably connected with its philosophy. Its Ethics is based upon theories which are the outcome of practical demands and training. When we analyze the close connection between practical and theoretical side of Buddhism, we find that Buddhism makes a far reaching departure from earlier tradition of Hinduism. But in its ascetic aspect it differ little from the other religious orders of India. Fundamentally, it represents a contrast with Brahmanism morality and it does not adhere to social institutions and traditions of Brahmanism. It seeks the basis of morality in the universal truths which are to be realized in everyone's wisdom and attainment. The practical morality is founded on the dharmas in both religions. But, in Brahmanism, the divine ordinances are incorporated in the legal codes of the society, while in Buddhism the truths are taught by Buddha which are realized in everyone's experience. 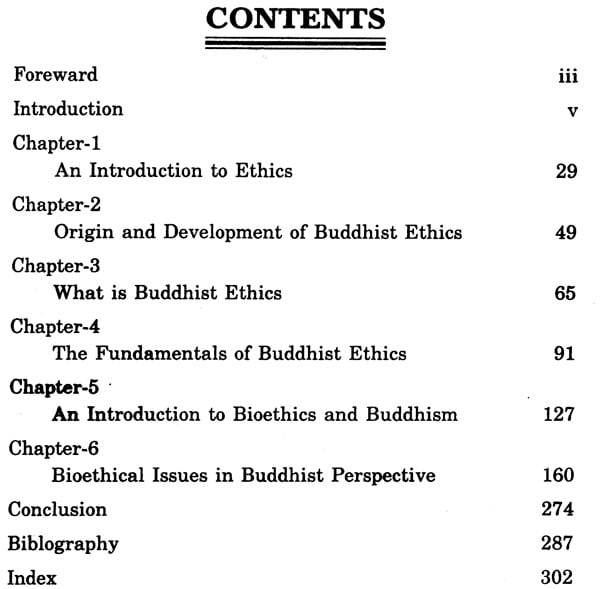 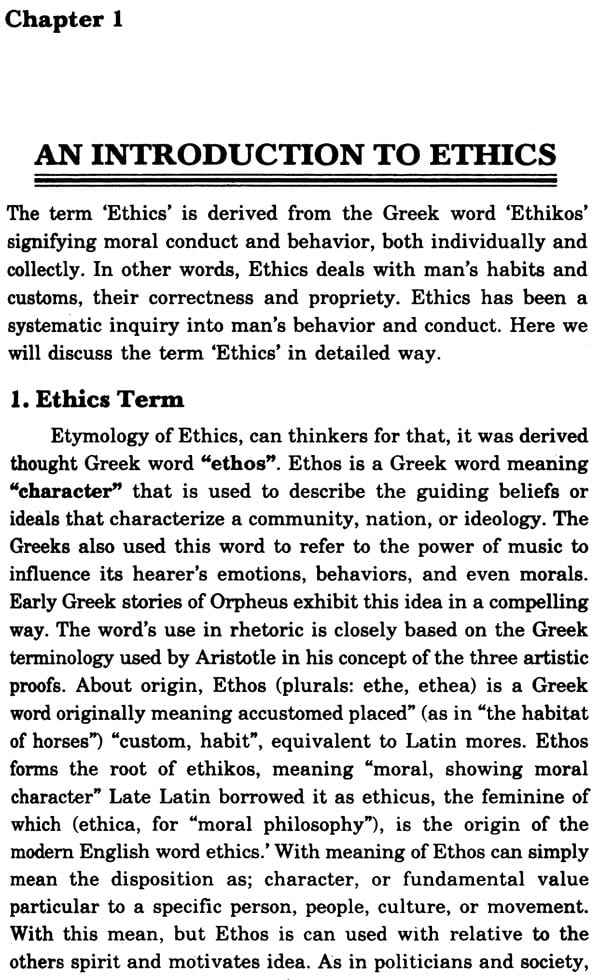 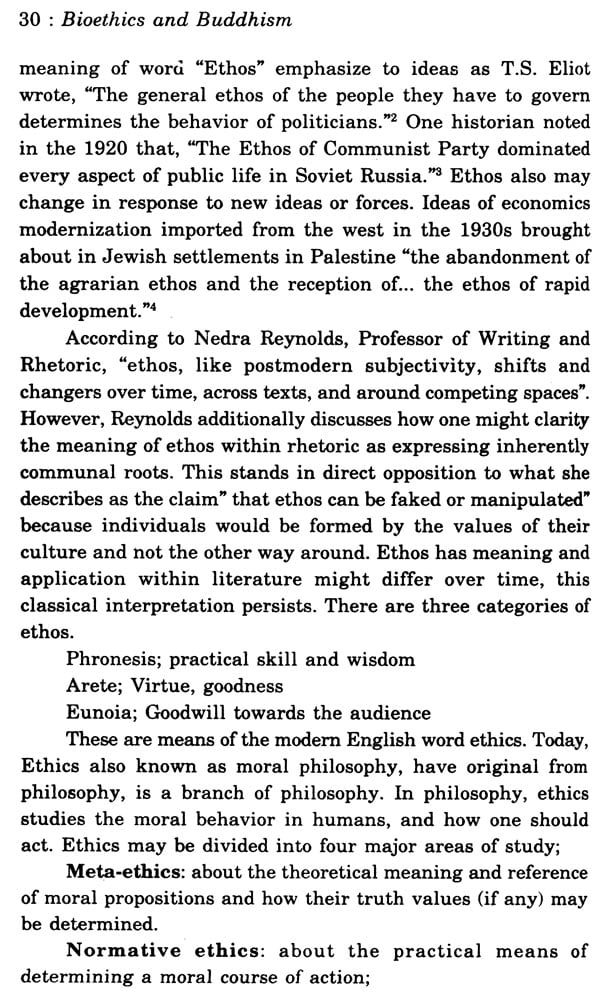 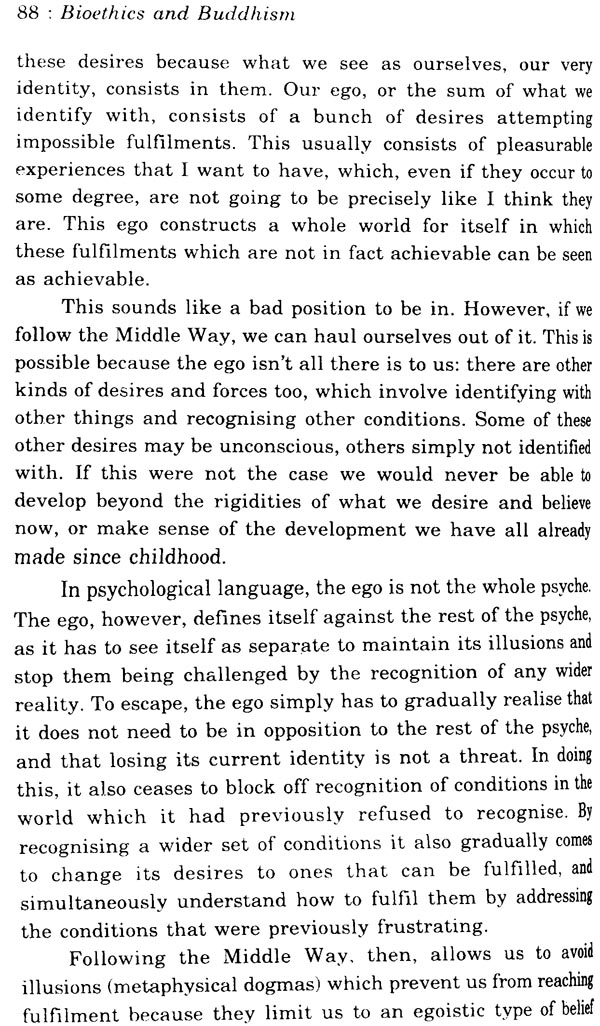 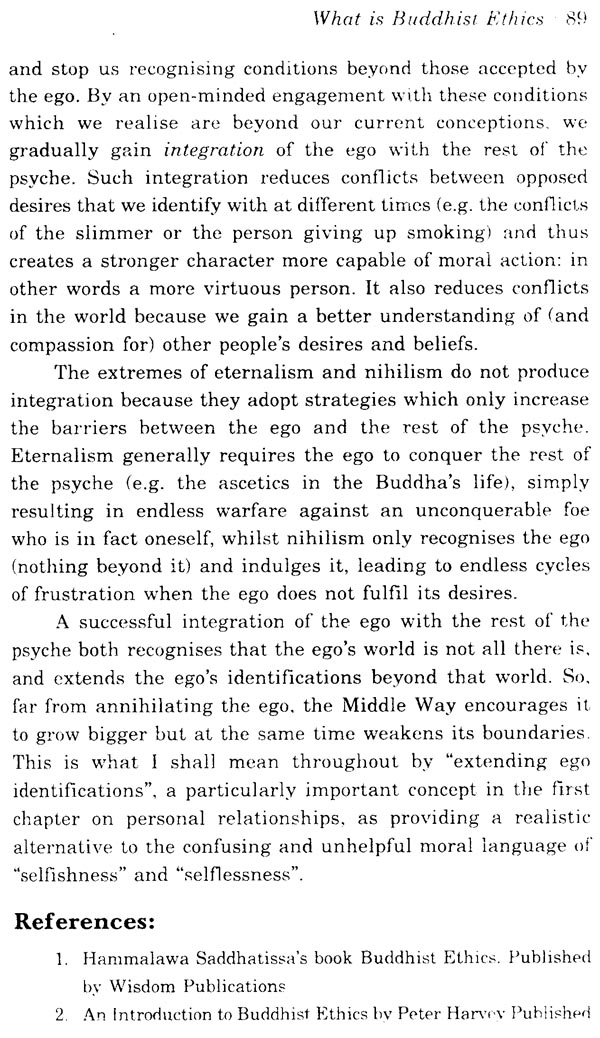 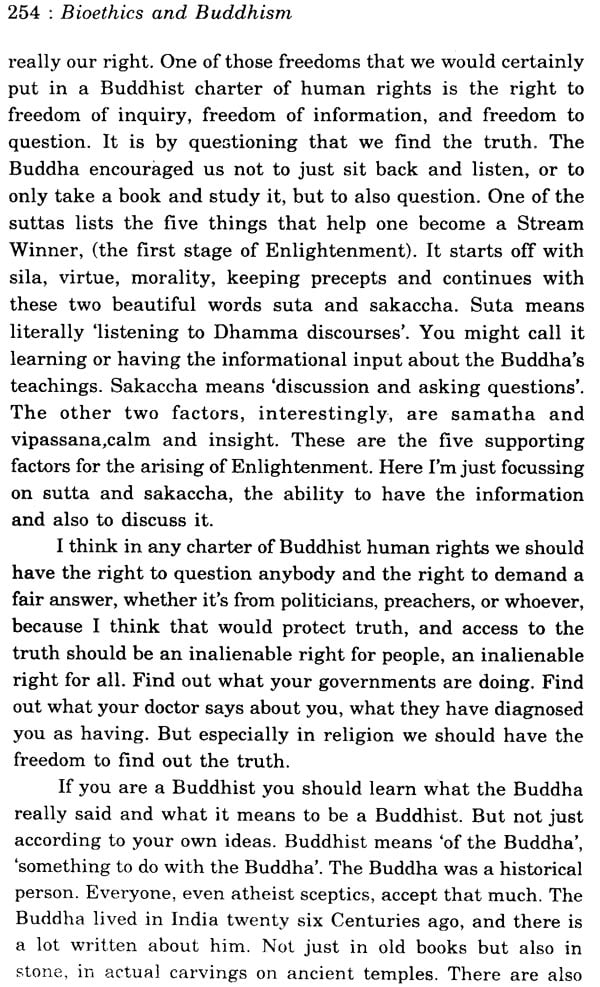 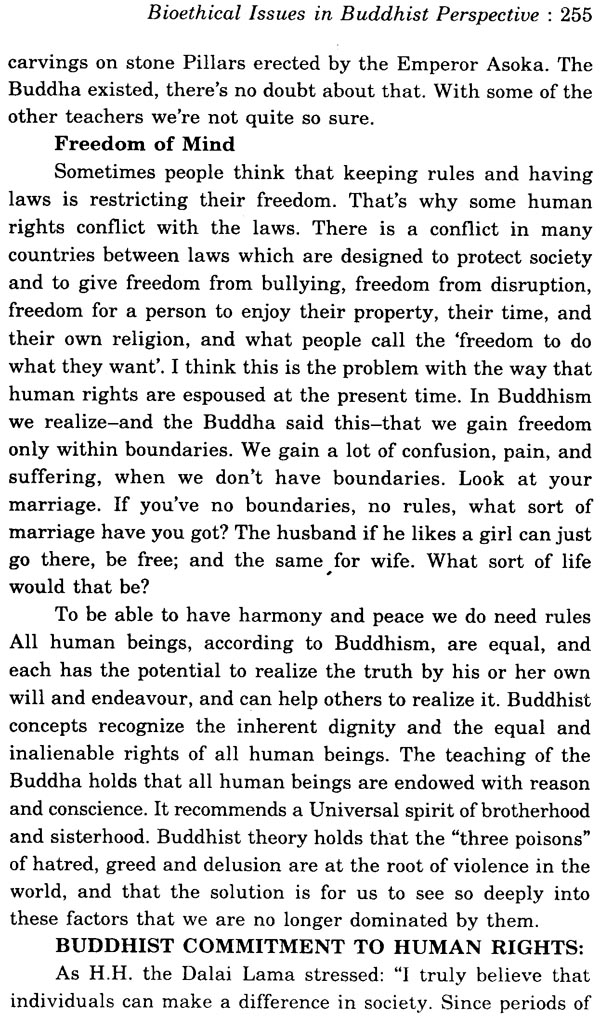 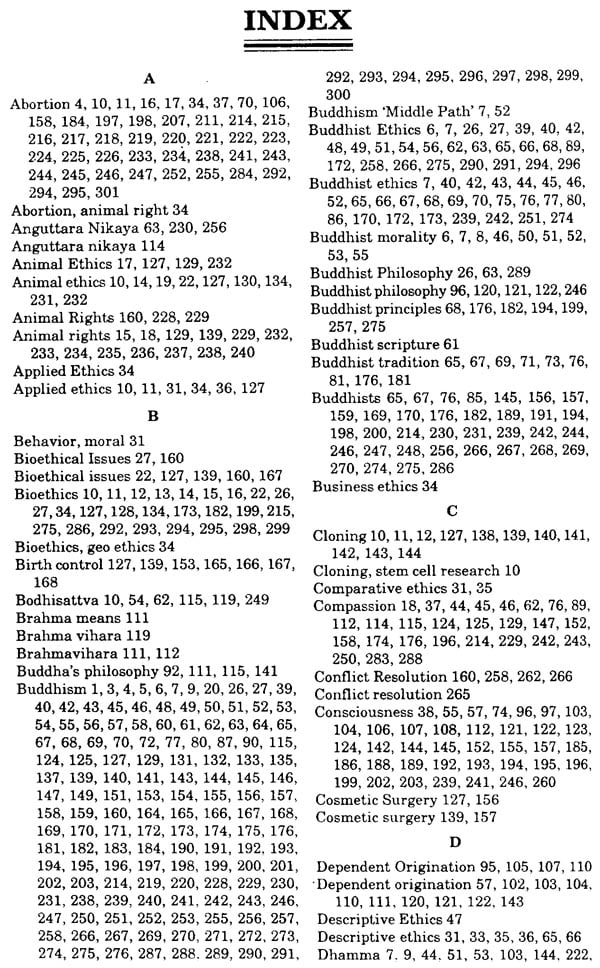 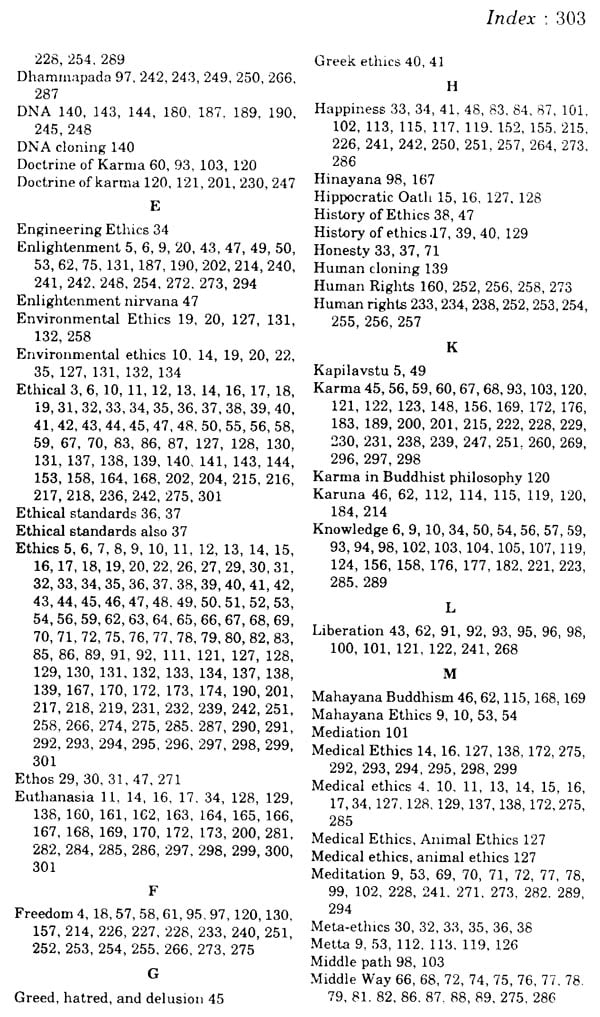 Truth and Tradition in Chinese Buddhism : A Study of Chinese Mahayana Buddhism/Karl Ludvig Reichelt.
By Kari Luding Reichelt
$34.00 $42.50  [ 20% off ]

Buddhism After Patriarchy: A Feminist History, Analysis, and Reconstruction of Buddhism
By Rita M. Gross
$37.00 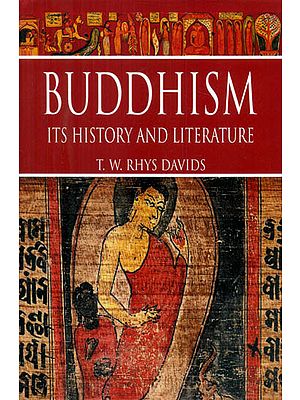 Buddhism - Its History and Literature
By T.W. Rhys Davids
$30.00 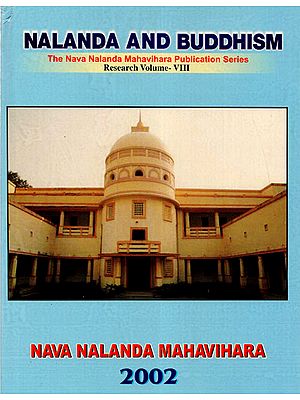 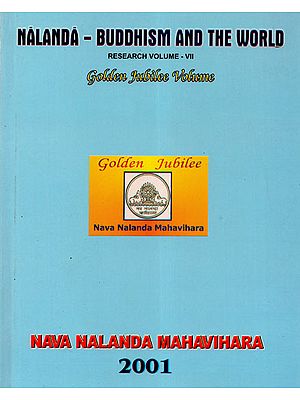 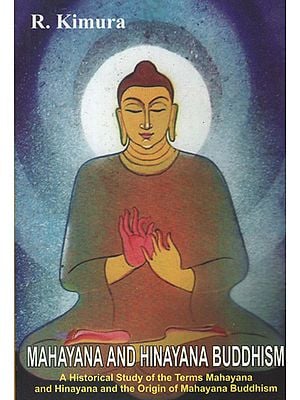 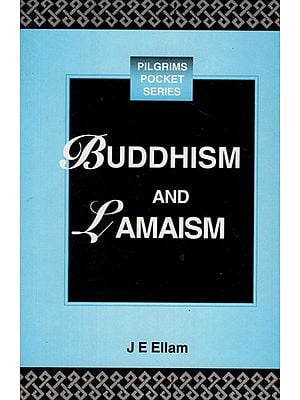 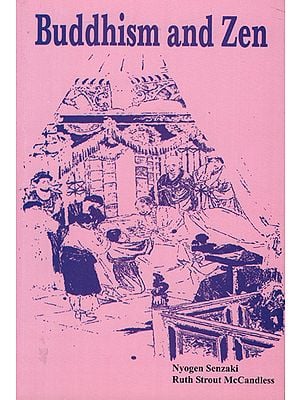 Buddhism and Zen
By Nyogen Senzaki and Ruth Strout McCandless
$12.00 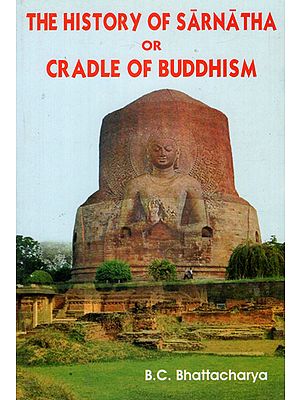 The History of Sarnatha or Cradle of Buddhism
By B.C. Bhattacharya
$12.00 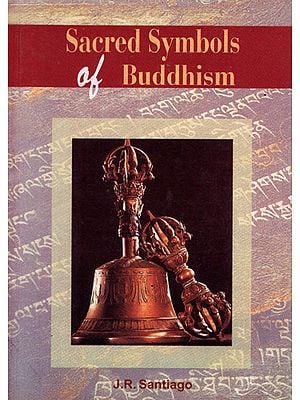 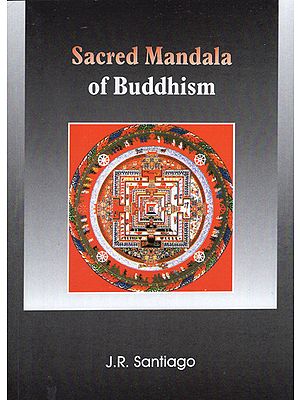 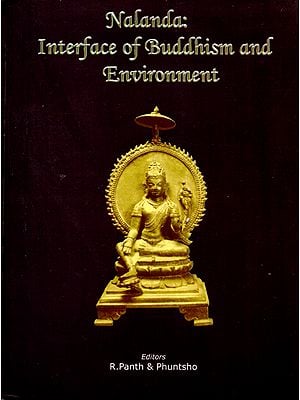 Nalanda: Interface of Buddhism and Environment
By R. Panth & Phuntsho
$25.00 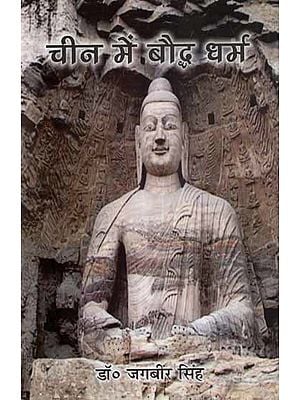 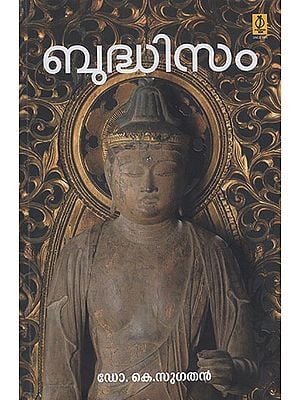