A Pilgrimage is an adventure in time and place, it is a recapitulation as well as a rediscovery; a journey both outward and inward. A journey to the sites associated with the Buddha is an occasion to consider his quest for knowledge and the larger intellectual ferment of that exciting and creative period. And out of the interaction of this ferment and the Buddha's personal 'Enlightenment' is forged what later generations will recognise as 'Buddhism'.

The key places of the Buddha's life- his 'stations' as it were-are sites of civilizational significance. They are monuments, even if in a present state of physical decay, to the spiritual heritage of what self-evidently appears today as 'modern India'. Buddhism, an accepted religion among the many which exist in modern India, was, in reality, a gradual formation created partly out pre-existent teachings, for example, those of Makkhali Gosala and Purana Kassapa and eventually Buddhist teaching flowed over across the Indian frontiers.

Thus the occasion is also one to reflect on the manner in which the message of the Buddha spread, binding large parts of Asia, on how Buddhism became a carrier of a range of ideas and practices which have become integral to the civilizations of Asia.

The 6th century BC was a period when northern India witnessed profound intellectual activity. New philosophical concepts, religious sects which questioned accepted ideas and changes in the social and economic conditions of society were the hallmarks of this period. The Buddha's ideas, then, are not examples of isolated brilliance, and rather derived their strength from the prevailing community of ideas.

The details of the actual life of the Buddha are largely a matter of conjecture. Some texts, notably the Sutta Nipata, mention some biographical details but most tracts were written at a considerably later date when the process of deification was gaining in intensity. Broadly speaking, there are four types of interpretation of the Buddha's life. First, there is a certain scholarship which points out that for 'the Perfected Man', the sequence of birth, suffering, death have no relevance. Next, some commentators have drawn attention to the life of the Buddha in terms of an allegorical illustration of the philosophical principles of the Samkhya School. Thirdly, some have favoured a mystic interpretation bringing into correlation some archetypal solar myths and the Buddha's life. And finally, it has been proposed that the historical Buddha is of no importance- the Buddha is essentially an 'idea' which manifests itself in different periods, through different personalities.

The paucity of historical information regarding the actual circumstances of the Buddha's life and the frequent dismissal of stories associated with him as fanciful make a historical re-creation particularly difficult. Even the name by which he is known, that is 'Buddha', is merely a generic name implying a superior being: superior because of his knowledge of the 'Truth'. He was generally referred to as Tathagata after he attained 'Enlightenment'. His personal name was Siddharatha and his gotra (lineage, to admit a free translation) name, Gautama. He has also been addressed as Sakka, Brahma, Mahamuni and Yakkha.

The Buddha delivered his discourses in the dialects of Magadha and Kosal rather than in Sanskrit, the language of the literati. His insistence that the language of the region be used has meant that the Buddhist Canon has come down to us in many languages. The Pali Canon, for instance, is said to refer to the version written in Ceylon but which originated in India. (Pali literally means a line of a sacred text, and is not the name of language.)

The older texts of Buddhism are not written as biographies of the Buddha, though some scholars do talk of a biography composed about a hundred years after the Buddha's death. There are stray references and the occasional mention of some detail of the Buddha's life, and these deal mainly with the person after his renunciation. However, in sanskrit sources, such as the Lalitavistara (The Pleasurable Biography) and the Divyavadana (The Divine Adventure), the Buddha's life is traced from pre-births upto his parinibbana or death. These earlier writings laid emphasis on the Buddha's teachings and it is only later that other authors attempted to reconstruct his life and the sequence of his teaching.

The most famous early biography was composed by Asvaghosa, sometime between the 1st and 2nd century AD. Originally it consisted of twenty-eight cantos in Sanskrit, of which only seventeen survive, which reflect the devotional aspect of Buddhism. Buddha Charita (Life of the Buddha) by Asvaghosa was a sensual potrayal of the early life of the Buddha and though its main purpose was didactic, illustrating the teachings of the Buddha, Asvaghosa created a fine work of art transmuting history into legend and life into art.

The Chinese traveller I-Ching, who came to India in AD 645 wrote about the Buddha Charita that it is, 'widely read or sung throughout the five divisions of India and the countries of the Southern Sea. He [Asvaghosa] clothes the manifold meanings and ideas in a few words which rejoice the heart of the reader 0 that he never feels tired of reading the poem. Besides, it should be counted as meritorious for one to read this book, in so much as it contains the noble doctrine given in a concise form.'

Though the existence of the Buddha is not a matter of controversy, dates relating to his life are still subject to debate. Based on the Ceylon chronicles, BC 563-483 is generally considered to be an acceptable life-span. He was born in Lumbini, in the Sakya clan (Sakya in Buddhist texts is connected to the oak tree and in others it refers to one who has power) and at the age of twenty-nine he left his family and residence to lead a homeless life. At thirty-five, at Bodh Gaya, he attained 'Enlightenment', and at the age of eighty he died at Kushinagara. His teachings found adherents in and around the kingdoms of Magadha and Kosala (south Bihar and eastern Uttar Pradesh) and their neighbourhood. The Buddha established a community of monks which was called Sangha. Together with the Buddha and the doctrine, dhamma, Sangha forms the three tenets in which the believer seeks refuge. Buddhism gave an important place to the deity and, in general, welcomed all classes of society into its fold. The select band of monks who formed the Sangha made possible the continuation of Buddhism after the passing away of the Buddha.

Around the time of the birth of the Buddha, political conditions in northern India were going through a process of change and restructuring. There were sixteen major states contending for power and hegemony. Broadly speaking, the political units were divided into monarchies, like Kosala and Magadha and oligarchies like the Sakya, the Malla and the Vajji. (Though the Sakyas were not one of the sixteen major states of the time.) The monarchies were located in the Ganga-Jamuna valley while the oligarchies were mostly in the Himalayan foothills. These were territorial units with complex administrative and political structures and growing into powerful economies. 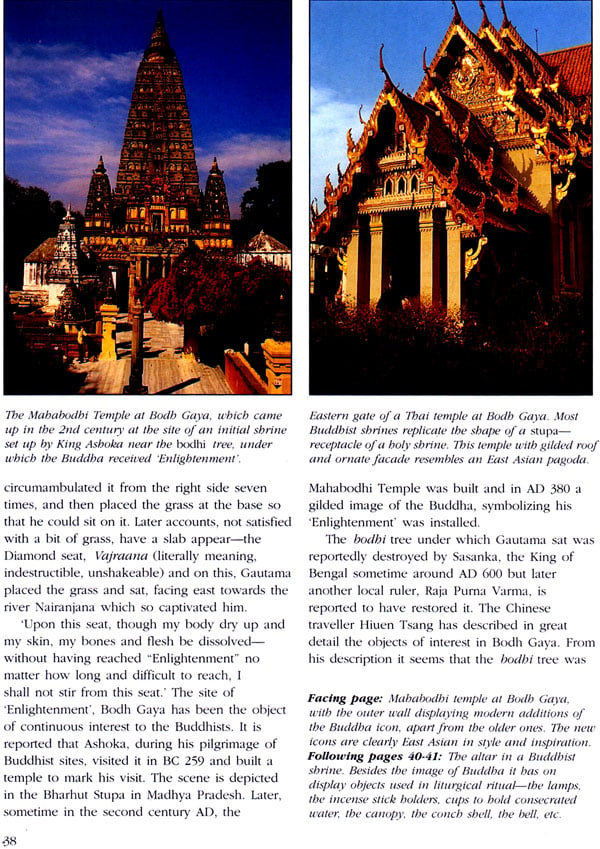 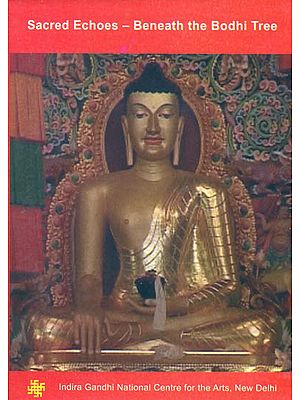 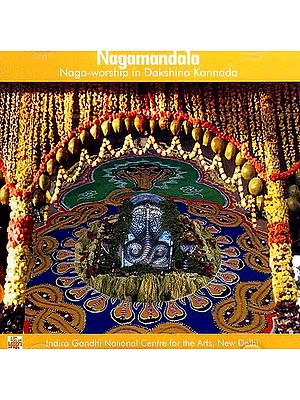