In this multi-dimensional yet comprehensive study of the Buddhist Shrines in India, the author presents the history of their development, discovery, decline, restoration and revival. In all, it covers 16 Buddhist Shrines, Caves, Temples and Himalayan Shrines. He draws extensively on the writings of Chinese Pilgrim-Scholar Hiuen Tsang as also the findings of contemporary archaeologists the former gave an eye-witness account of that time when Buddhism was still a living force in India, and the latter tell us about the glory of Buddhism in ruins.

The work provides maps and information regarding approach to the shrines from transportation point of view as also table showing distances from shrine to shrine so as to make this serious work useful for researchers and tourists.

D.C. Ahir (born in Punjab, 1928) is a renowned Buddhist scholar who has made a very significant contribution to Indian History by unravelling the glorious past of Buddhism. He has more than twenty other published works on Buddhism to his credit. He has also published a number of articles in various Buddhist journals, and presented papers in National and International Buddhist Conferences/Seminars.

The holiest of the holy shrines venerated by the Buddhists for over 2500 years are the four sacred spots, namely, Lumbini, Bodh Gaya, Sarnath and Kushinara—the scenes of Birth, Enlightenment, First Sermon and Mahaparinirvana of Gautama Buddha. The four other sacred shrines are:

Sravasti, Sankasya, Rajagriha and Vaisali the places sanctified by the Buddha and being the scenes of four principal miracles that the Blessed One is said to have performed. Together, these eight places are known as atthamahathanani in Pali or eight sacred spots.

Asoka the Great calls a visit to these eight shrines dharmayatra’ or a pilgrimage of piety. Asoka built stupas, chaityas at these and at other places, which though not directly associated with the life and legend of the Buddha, rose into prominence with the spread of Buddhism in India. Asoka’s example was emulated by the succeeding Buddhist Kings, Queens and other wealthy men and women. As a result, ancient India became studded with Buddhist monuments and shrines.

With the downfall of Buddhism in India, all the Buddhist shrines and monuments fell into disuse. They were either destroyed and plundered or just ignored and neglected, and in course of time fell into dis-repair and ruins. The Buddhist shrines in Western India, being mostly in the shape of rock- cut-caves, were covered with natural growth and by and large escaped destruction.

These eight sacred Buddhist shrines have since been restored and developed as religious-cum-tourist centres. Most of them have regained much of their lost glory and are pulsating with life. They are once again looking bright and beautiful, busy and buoyant. Once again they are living shrines, worthy of worship and veneration to which thousands of devotees come every year from all over the world to pay their homage to the Great Buddha and earn merit by this pilgrimage of piety.

Besides these eight sacred shrines, there are eight more Buddhist shrines in modern India. These are: three Great Stupa sites: Sanchi, Amaravati and Nagarjunakonda, Nalanda, the site of the world famous Buddhist University; and four Buddhist Cave Temples—Ajanta, Ellora, Kandheri and Karla. These eight Buddhist shrines are also today the greatest attraction for the tourists and pilgrims alike. A visit to these repositories of glorious Buddhist heritage is doubtless a purifying experience.

In presenting this brief history of the development, decline, discovery, restoration and revival of the Buddhist shrines covered in this travel-guide, we have drawn heavily from the writing of the Chinese pilgrim-scholar, Hiuen Tsang and the findings of the archaeologists. The reason for this is obvious. Hiuen Tsang gives an eye-witness account of the glory of Buddhism in the seventh century A.D. when Buddhism was still a living force in India, and the modern archaeologists tell us about the glory of Buddhism in ruins. I am indebited to the pioneer scholars and archaeologists, the works of whom have been listed under ‘Select Sources’. In particular, I am thankful to the Director General, Archaeological Survey of India, New Delhi for his kind permission to make use of the material from the archaeological guides on seven Buddhist shrines as well as for permission to reproduce the photographs.

The present day condition of all the shrines has been personally seen and verified by the author during his pilgrimage to these sacred spots from April 1979 onward:

For the facility of visitors, we have appended two maps, information regarding approach to the shrines from the nearest railway station/airport; and a table of distances from shrine to shrine. A list of all the Buddhist Caves in India has also been added for the benefit of those who may wish to visit these caves. Lastly, a brief account of the Buddhist monasteries, gompas in the high Himalaya has also been added in order to complete the story of Buddhist Shrines in modern India.

History of Kings of Nepal: A Buddhist Chronicle (Set of 3 Volumes)
By Manik Bajracharya and Axel Michaels
$132
FREE Delivery

Where the Buddha Walked: A Companion to the Buddhist Places of India
By Rana P.B. Singh
$31
FREE Delivery 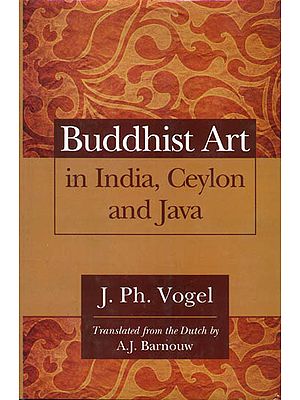