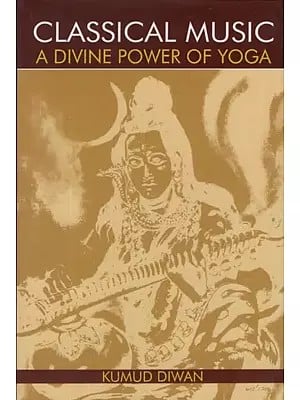 The Indic philosophy celebrates Naad Brahm and Yoga. Both are seen as the highest level of human consciousness aimed at being oneness with the Supreme being and harmony with the natural elements. Naad Yoga also called laya yoga was one of the ancient methods and ancient texts of yoga with several references to both.

The anhatnaad and ahat naad when practiced did have the yogic benefits of experiencing a sense of wellness of mind, body and soul. Both yoga and naad are deep rooted in the ancient knowledge traditions of India and the sadhaka’s of both streams experience divine bliss. Adi naad is symbolized by Om. Both Ved Vyas and Patanjali stress on the physical exercises of yoga and the spiritual attainment of Samadhi state or the ultimate union with the Supreme. Naad too, like yoga aims to invoke the Supreme deity by offerings of sound that becomes sacred sounds.

Emanating from the Vedic chants and mantras the genesis of Indian classical music is in Sam Veda and yagna performed by ancient sages and Rishis. From Matangís Brahaddesi to Sarangadevaís Sangeet Ratnakar the evolution of Indian Classical Music can be traced to the Vedic traditions. Much as the ancient warriors like Arjuna are recipients of teachings of Yoga and detachment of a yogi, the Shiv Samhita is replete with references of lord Shiva and his yogic prowess. Both Lord Krishna and Lord Shiva are also musically endowed, gifted and the flute of Krishna and the Damroo of the dancing Nataraj Lord Shiva have been divine inspiration for the compositions of Indian Classical Music.

Shiva is an ascetic and a yogi and Krishna unravels life mysteries to Arjuna in Bhagwat Gita. Both these divine deities symbolize life in its manifold hues and the way to live a perfect human life in the pursuit of oneness with the Supreme being. Yoga and Naad are both powerful vehicles to attain that ultimate goal.

Dr. Kumud Diwan is a renowned exponent of Banaras Thumri. Sire is a disciple of Padma Vibhushan Pt. Channulal Mishra of Banaras. She is an A grade artist of All India Radio (AIR) and an "outstanding category" artist at Ministry of Culture. She is a research Scholar of Sangeet Natak Akademi and IGNCA Delhi. The IGNCA Delhi published her book "The Legendary Vaggeyakars of Hindustani Classical Music in main Khayal Gharanas" in 2019 which was hailed by scholars and performers of Indian Classical Music as a path - breaking work. Her research and documentation of "Rare Thumris and Tappas of Gaya" for Sangeet Natak Akademi in 2007 has got her critical acclaim and acknowledgement as a well known scholar of Classical music.

She was the advisor to Prasar Bharti for its DD Bharti Channel and is the guest Anchor of Lok Sabha TV for its program "Kala Samvad". She was a senior fellowship holder of the Ministry of Culture.

She has the acclaimed Ojaswini Samman from Bhopal in 2015 and the Indira Gandhi Priyadarshini Samman in 2010 for her outstanding contributions as a performer, researcher and writer of Indian Classical Music. She has a Ph.D in Business Studies and a Sangeet Prabhakar from Prayag Sangeet Samiti Allahabad. She has been performing for most of the prestigious concerts countrywide and overseas and is a renowned performer of the Thurnri genre.

She has performed extensively in India and abroad at very prestigious platforms of classical music.

Kumud has done outstanding and sustained work on Banaras musical traditions and many thematic programmes on Varanasi are to her credit.

In the modern day world scientific experiment and Yogic experiences of Indian music looked at the natyasastra and samaveda treaties for some clues that have shown categorically that nature's music has been traced since pre-vedika times. It was heard in the waterfall, in the whisper of the breeze, or the koel's 'kuhu kuhu ' as a musical piece which came to fill one with happiness and joy. It was so, because the findings hinted at the resonant power of specific sounds and their sequences which formed the melody undertone of all quiet 'hums' or vibrations existing in all compositions that exist in the nonvisible spheres. For e.g. it is believed that accompaning the lightening, the sound of thunder under the name of abhriya vak (rgveda 1.168.8) came to represent the voice of vak in "the upper half of heavens" partially unknow to mortals.

The verse in rgveda which describes Vak (1.164.45) provides a hint of a feminine vak's (her) mysterious and complex nature. It states "vak is divided into four parts [catvari vak] . The wise suggest, "Three parts, which are hidden, mortals do not activate; the fourth part they speak". Further, in rgveda (6.27.4) it is mentioned, the vak (sound) produced by rain God indra's thunderbolt plays a vital role in the production of human speech and acts as the courier of vak. For this reason, in the brahmanas, Indra's role is spoken as the first grammarian who separated sound from sound (vacaiva vacam vyavartayat) and by that force of Indra separation as ‘vyakarana' the Chandogya Upanishad (22.3, 5) states" All vowels are embodiment of Indra... all vowels should be pronounced strong and sonant, with the thought: 'To Indra let me give strength'.

It is rgveda (10.125) hymn that the Goddess vak boldly declares her divine qualities and asserts her power and sovereignty in her own words, "I move with the rudra...vasus...aditya's and all gods...". In taittiriyabrahmana (2.8.8.4-5): a passage declares her as "vak is endless, vak is more than the end of all creations; she is great, all the gods, gandharvas, men and animals live through yak: the aksara (the unchangeable sound); the first born of rta; the mother of the vedas, she is ) the navel of immortality". Under brahminic prajapati (as mind) vak, in union with mind characterized by the various female energies or sasktis with their metrical mantra powers in vak, as the personification of not only the entire creative speech energy but held her subjective and objective aspects (as devis) in perfect synthesis. Evolving as vag yai brahmana in Vedic ritual her word as the 'sacred word'-became the `sacred formula' (rgveda 10.125) .

In Vedic and post Vedic connotation of music, the entire socio-eco Vedic culture centered around Yajna. The ritual fire sacrifice, homa and its oral recitation of ritual mantras wove together an elaborate structure of interdependence between the word and the fire. Fire was held in the embryo of speech as syllable and mantras bore the instruments of thought, speech, and sacred text as fire in its recitation. The intention was to bring out the word or sabda and its meaning or artha by a phonetic system which began from prehistoric times of understanding the sound produced by birds, insects, beasts, snakes, or stones etc. to basically articulate a speech and develop a systematic language.

It was observed that gaining appreciation in the Vedic age of calm music, meant listening to the spirit stirring monotone chant in rgveda, to chanting of Gatha' (singing stories) with two notes, ascending to the poetic rendering of sama-veda of three notes becoming popular. In post-Vedic period a minimum of five fixed notes or swaras as a composition of ragas (notes) became a mode of expression in the world of music. Ragas meant "ranjayati iti raga", the melodious tones of swaras in ascending and descending timbre coming together to excite, delight, entertain and elevate the spirit. For example, Sa-Re-Ga-Ma-Pa-Dha-Ni-as ‘suddha svaras' arising from the pancamahabhutas divinity of God-purusa or Nature's -prakrti's system displayed the seven notes adopted to please the Gods or devas. Music was built around seven svaras, tala-rhythmic beats, and pada-verbal theme of vocal cord composition and their relationship with two intervals of Srutis. The vadi svara was the root center of the given raga's melodic center on which the singer takes a primary substantial pause and the samvadi was the second most prominent space of a raga that emphasizes a smooth conversion during improvisation. The two srutis being four or five notes away from each other overlap as a link to make a smooth adjustment as the antara svara or a transitional note. 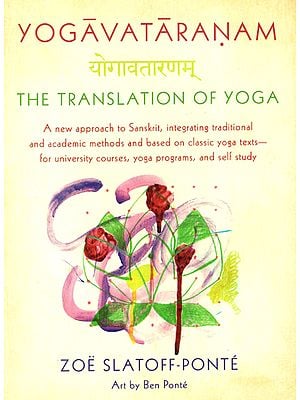 Yogavataranam- The Translation of Yoga (A New Approach to Sanskrit, Integrating Traditional and Academic Methods and Based on Classic Yoga Texts-for University Courses, Yoga Programs, and Self Study)
By Zoe Slatoff-Ponte
$43
FREE Delivery

Textbook of Yoga: The Best-selling Classic on the Healing Powers of Yoga
By Yogeswar
$44
FREE Delivery
Best Seller

The Integrity of the Yoga Darsana - A Reconsideration of Classical Yoga
By Ian Whicher
$33.50
FREE Delivery 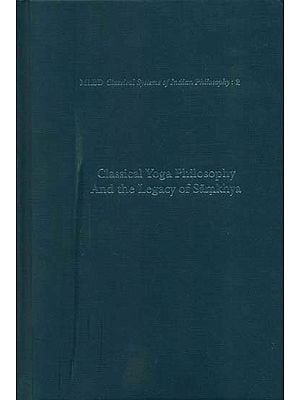 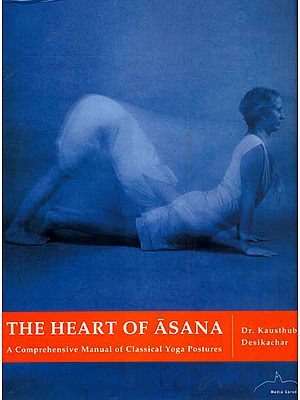 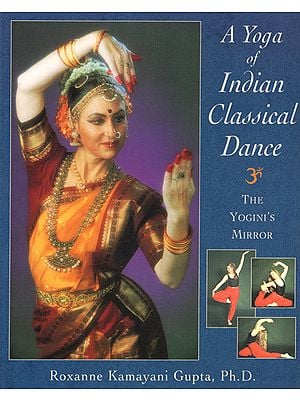