Comparative Aesthetics - Indian and Western (An Old and Rare Book)

$30
Quantity
Notify me when this item is available
Preface

The present book entitled "COMPARATIVE AESTHETICS : INDIAN AND WESTERN" represents a collection of six papers presented at National and International Conferences. At the time of presentation in Conferences and Seminars the papers were shorter ones. Subsequently a full-bodied form was given to each of them, and care was taken to see that the continuity of thought is maintained in all of them, so that the papers taken together can constitute a unified book. The main objective of the collection is to provide a comparative study of Sanskrit Poetics, and to show how Indian Theories on Literary Criticism provide a beautiful framework for literary evaluation, stronger than that furnished by Western Literary Theories. The similarities between the thought-currents, projected by master minds in the East and the West are really fantastic, but as yet no serious attempt has been made to project the Theories of Sanskrit Poetics in this new perspective, and to locate the areas on which Indian Aesthetics and Western Aesthetics meet. The present volume also aims at defining and assessing the relevance of Sanskrit Poetics to the contemporary Literary world which has largely been governed by Western values.

The first essay entitled "Relevance of Sanskrit Literary Theories to Modern Literature" makes a modest attempt to establish the universal application of the canons formulated by Indian Poetics, and wants to establish the proposition that Sanskrit Literary Theories have not lost their relevance to the contemporary literary world, and it is possible to make an assessment of modern western literature even by applying the norms of criticism set forth by it. The second essay entitled "Poetic Figure in the Sublime : Longinus and Anandavardhana" tries to make a comparative study of the view- points of Longinus and Anandavardhana on the status of Literary Embellishment in the sublime poetry, and records at the same time the theories enunciated by later Theoreticians on the issue. The three essays that follow next are practice-oriented and are intended to show that the framework postulated by different theories of Sanskrit Poetics are capable of being applied to Western Poetry and Drama as well. The result achieved in this direction is fantastic, and application of the theories to other poems and dramas is likely to produce splendid results and show to the critical world that the Indian framework is definitely better than the Western framework. While one of these essays entitled "Doctrine of Dhvani in Practical Application" 'applies the theory of Dhvani to the famous "Ode on a Grecian Urn" by John Keats, the other named "Vakrokti Framework of Poetic Analysis" applies the Vakrokti Theory to the famous 'Ode To Autumn' by the same English Poet, and the third "Sanskrit Dramaturgy in Practical Application" makes a modest attempt to locate the five Junctures enunciated by Sanskrit Dramaturgy in some of the plays of Shakespeare, and shows that in order to come out as a successful specimen of Dramatic Art, a drama is required to contain the junctures and follow norms adumbrated by Sanskrit Dramaturgy. The last essay entitled "Abhinavagupta's Theory of Aesthetic Experience and Modern Western Thought" presents the Saiva basis of the theory of Aesthetic Experience as propounded by Abhinavagupta and tries to locate the common points available in that theory and the theories floated by modern Art Criticism in the West.

This analysis of the contents of the essays contained in the volume is able to present the objective of the author, who has sympathies for Indian Theories, but who at the same time has great respect for Western thought, which is in a position to enrich and enliven the old theories of Sanskrit Poetics through comparative analysis. The author has the feeling that a time has come when instead of thinking in the line of Indian Aesthetics and Western Aesthetics or Sanskrit Poetics and Western Literary Criticism, one is to think in the line of "Global Aesthetics" and enunciate comprehensive rules of literary evaluation by inducting components from both Indian Aesthetics and Western Poetics, so that these rules become applicable to all specimens of Poetic and Dramatic Art produced in different parts of the globe. After all Rasa constitutes the centre of gravity of Poetry, the ultimate aim of which is savoring the delight springing from the rest of the soul on its own self. This aim has been accepted by all theories, but different approaches had been taken by different doctrines, as a result of which a great divergence has appeared between them. One of the objectives of the author is to show that if one dives deep into Indian and Western thoughts on literary criticism, he is sure to find out the central theme in both the thoughts,-the theme that, if emotion is taken out of Poetry, its charmingness is lost, and that the state of Poetic Experience consists in a fantastic state of blessedness, springing from rest of the soul on its own self.

The author is extremely grateful to the University Grants Commission for very kindly awarding an Emeritus Fellowship to him for two years in order to enable him to complete this project on comparative and practice-oriented criticism. 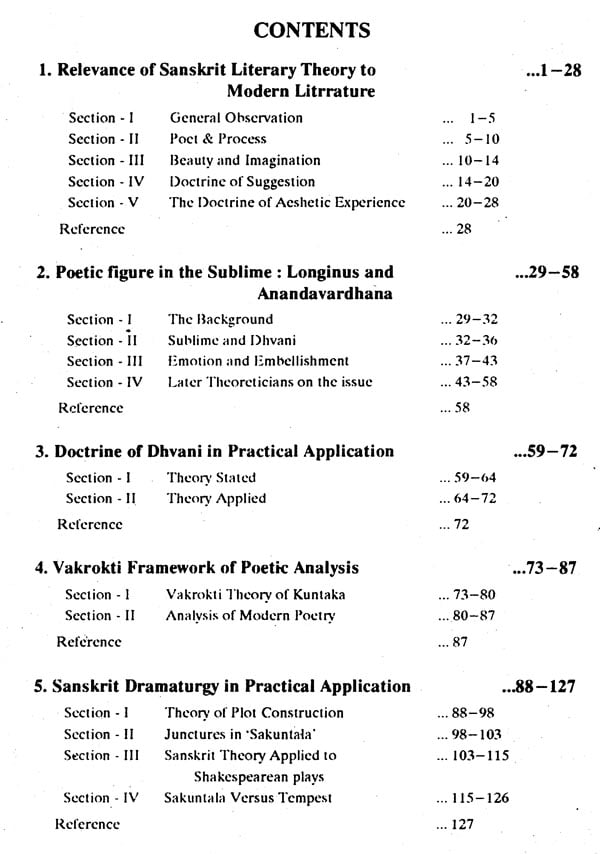 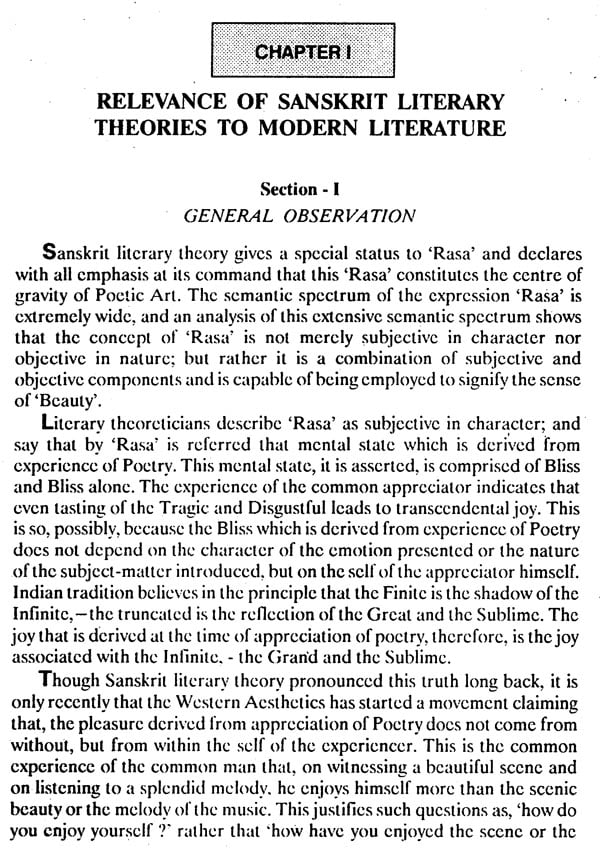 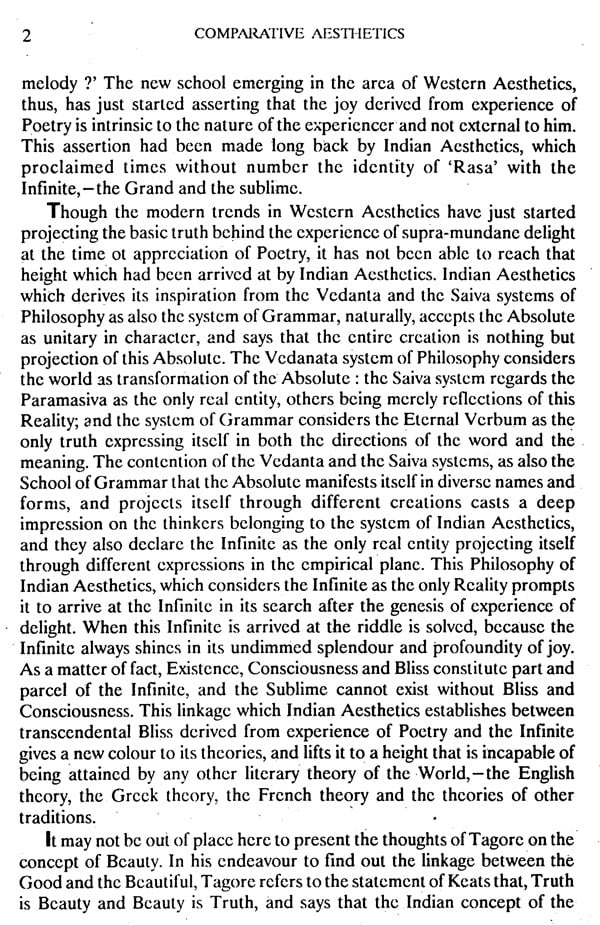 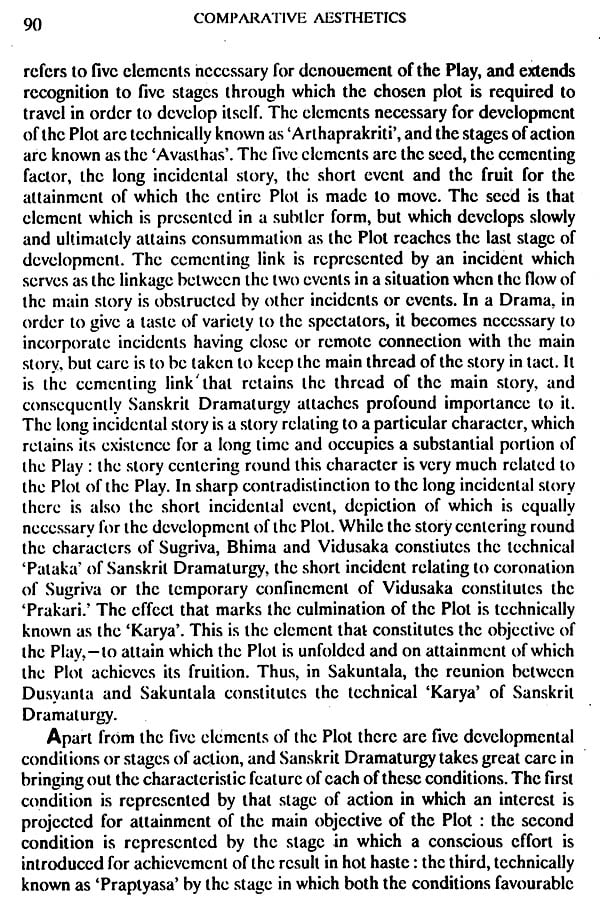 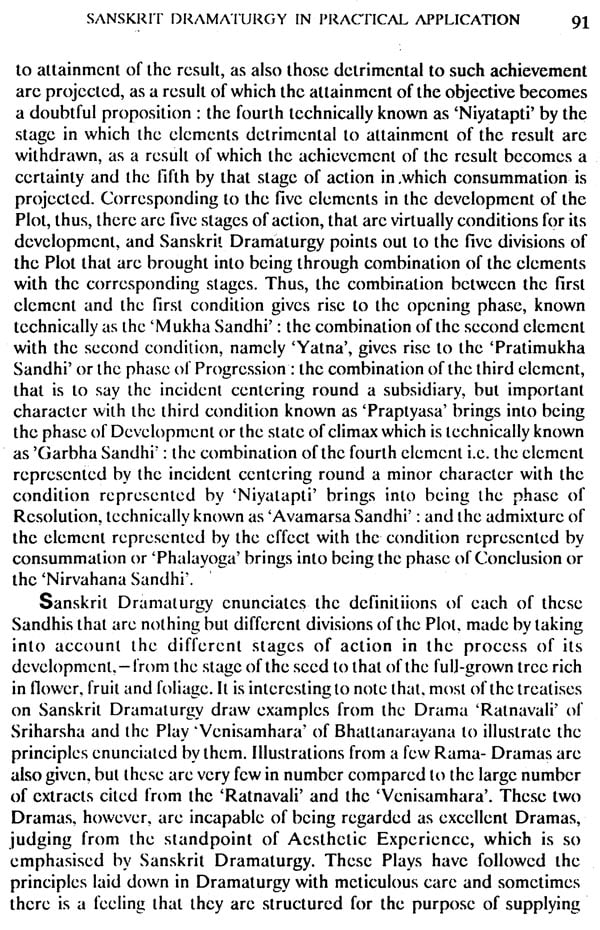 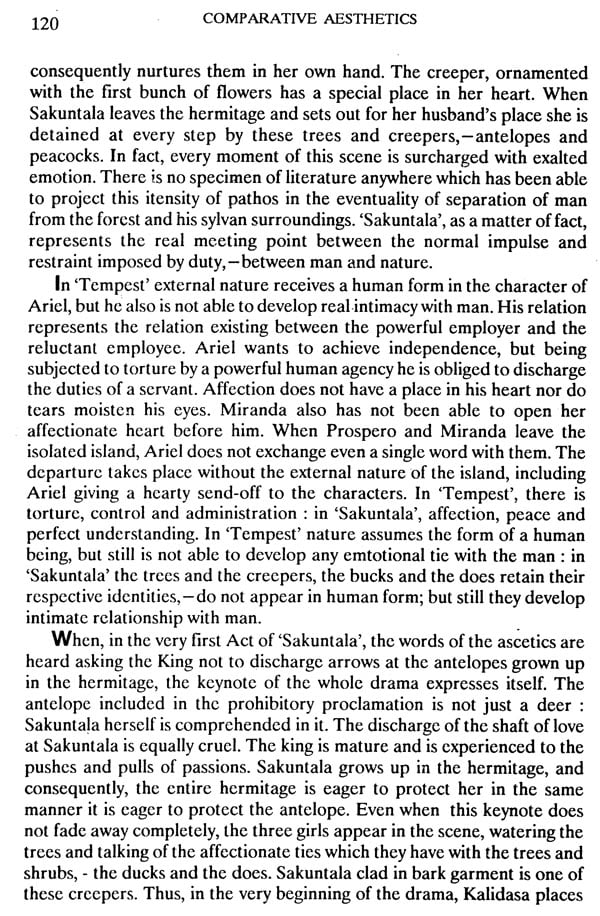 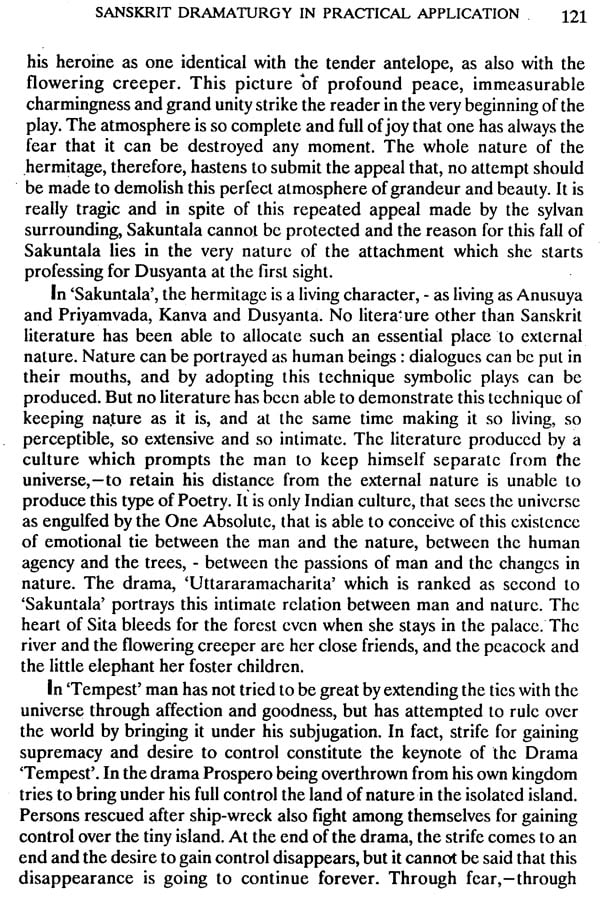 EAST AND WEST IN AESTHETICS
By GRAZIA MARCHIANO
$28.50
FREE Delivery Folkways in Literature: An Aesthetic Imperative
By Navakanta Barua
$7 GLOBAL AESTHETICS AND SANSKRIT POETICS
By RAMARANJAN MUKHERJI
$24.50
Out of Stock