Conversations With Nostradamus (His Prophecies Explained) 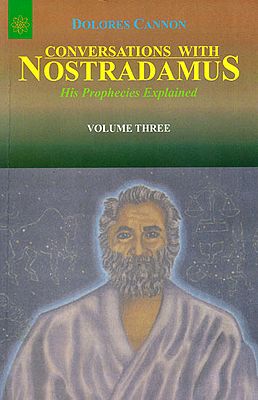 $0.00
Notify me when this item is available
Save to Wishlist Send as E-card Share by Email
About the Book

The third and final book in this series contains 132 additional qua-trains written and deciphered by Nostradamus himself, plus the exposure of bogus quatrains erroneously attributed to the great psychic. Dolores Cannon has pierced the veil of the space/time continuum by her use of regressive hypnosis, to bring us warnings of events to come. This volume continues to work through various subjects and completes the interpretation of all the known prophecies. This volume includes:

• More information about the rise and location of the infamous third Anti-Christ, including his name in anagram form

• His picture revealed through the use of a police composite kit

• More about the possible disaster scenarios that will occur if the earth shifts on its axis, and the role that Extraterrestrials will play to help humanity

• This third volume contains an accumulative master index for ease in locating quatrains and subject matter in all three books.

DOLORES CANNON (b. 1931) calls herself a regressionist and a psychic researcher who records "lost" knowledge. The Conversations with Nostradamus trilogy are her first published books. She has written also Jesus and the Essences and eight other books.