Dictonary of Early Buddhist Monastic Terms (Based on Pali literature)

I have read Professor C. S. Upasak's Dictionary of Early Buddhist Monastic Terms, and am satisfied that this is a thorough and comprehensive work, rathcr in the nature of a encyclopaedia than Z. dictionary. Professor Upasak ha,- carefully studied every significant term in the Pali Vinaya texts and has thus produced a work of reference which will prove of great value to all students of the subject. The work is scholarly and accurate, and I whole-heartaly recommend it to a potential publisher.

While teaching the Vinaya Pitaka in the Post-graduate classes at Nava Nalanda Mahavihara I was confronted with a number of problems connected with the monastic rules and ecclesiastical terms. The former were difficult to understand as we were cut of from the main stream of Buddhist monastic tradition, and the problems presented by the latter were mostly semantic. I had to grapple with these problems and the present Dictionary is the outcome of my sustained effort to explain them.

It is now fully established that the Pali Vinaya Pitaka is the earliest avail-able text deeling with the monastic life of the Buddhist Sangha in ancient India. The Vinaya Pit,.ka is 'a collection of rules regulating the outward conduct of the Bhikkhus and th, Bhikkhunis'. This Pitaka comprises five books, viz., the Maha-vagga, Gullavagga, Pardjika, Pacittiya and Parivara. While the Mahavagga & the Culla-vagga are comprehended under the title Khandhaka', the Parajika and the Pacittiya together are called the `Statavibhanga'. The Mahavagga and the Cullavogga are supposed to be the collet; ions of the 'words of the Buddha', and contain the historical accounts of the 'dos' and 'clonts' prescribed by Him for the Order. The Sutta-vibhanga (ParaMka ^,nd Pacittiya) bears closest relations to the Patimokkha, the earliest text of the 'Code of Discipline' of the Buddhist Sangha. The Patimokkha is a collection of various monastic rules (contained in the Vinaya Pitaka) meant for being recited on every fortnightly congregation on the Uposatha day collectively by the Sangha. There are two parts of the Patimokkha, viz,, the Bhikkhu Patimokkha and the Bhikkhunt Patimckkha, The former consists of 227 ecclesiastical rules and the latter 311 rules. The Sutta-vibhariga in its two books (Para fika & Pacittiya) presents the explanation along with the historical back-ground of the Patimokkha rules. The Parivara, as the name suggests, is the com-pendium or digest of the Vinaya Pitaka. Undoubtedly this is a later work, as rightly suggested by some scholars, a work of a Sinhalese monk.

If we make a survey of the Vinaya Pitka it is abundantly clear that the commandments of the Buddha were essentially needed for the smooth running and development of the Sangha established ley the Great Teacher, the Buddha. The violation of any rule of the Patimokkha makes a member of the Order 'impure' and needs 'expiation'. The other texts of the Vinaya Pitaka not only prescribe rules for initiation like Pabbajja and Upasampadd but also prescribe the duties of a 'preceptor' or 'teacher' towards his 'disciple' or 'pupil' and vice-versa. They also contain the rules for the fortnightly congregation of Upostha and recitation of the Patimokkha rules on his occasion; rules for the 'rainy season resort' (vassavasa) and Pavarana; rules for the construction of a Vihara or Kutt; rules for the robe and robe-cloth (civasa); rules for accepting meals, eatables, drinks, medicines, etc.; rules for levell-ing a charge apd framing a 'case' (adhikairana) against a monk and its disposal (samatha) by the Sangha; rules for the legal procedure to be followed in the case of a 'schism' in the Sangha and such other rules necessary for the effective and peaceful running of the Sangha. In short, the Vinaya Pitaka is an account of the `Code of Conduct' for the Buddist Order.

The Patimokkha is somtimes called `Adhisila' (Special moral rules) and the other texts of the Vinaya Pitaka are comprehended by the term `Ajjkacara' (General moral rules). The whole Vinaya Pitaka, in fact, is a law-book meant exclusively for the members of the prder. Throughout these texts the legal style is apparent. Many terms used therein are highly technical and bear particular ecclesiastical connotations. In order to bring out the exact meaning of these terms a need was naturally felt in the past. As a result the 'commentaries' known as Attbakathas were written to fulfil this need and to obviate the difficulties in reading lae texts. The Samantapasadika is a most comprehensive commentary on the Vi..aya Pitaka. The Kankhavitarani is another commentatorial text un the Patimokkha. The authorship of both these texts is ascribed to Buddhaghosa who flourished in about 4th Century A. D. With the passage of time necesssity for further exposition of these terms was felt and consequently the rikas or 'the sub-cc .imentaries were written. The Saratthadipani, the Vimativinodant. and Vajirabuddhi Tata are important sub-commentaries On the Samantapasadika. The Khuddasikkha and its two commenta-ries, air , Khuddasikkhatika and Ichuddasikkha-abhinaoa were also written in order to make the Vinaya texts more clear. Similarly to memorise the Vinaya texts the Vinaya-vinicchaya and Uttaravinicchaya were composed in verse for the use of the Buddhist monks and nuns. The Abhidhanappatipika, a lexicon in Pali also presents the interpretation of certain monastic terms.

Buddhism and Buddhist Sangha are the cultural heritage of many coun-tries of South-East Asia. Buddhism is a living religion in these countries. The Buddhist fraternity has been zealously scrupulous in die observance of the rules laid down in the texts. The Theravada countries cannot even dream of deiriating from the 'Code of Conduct'. 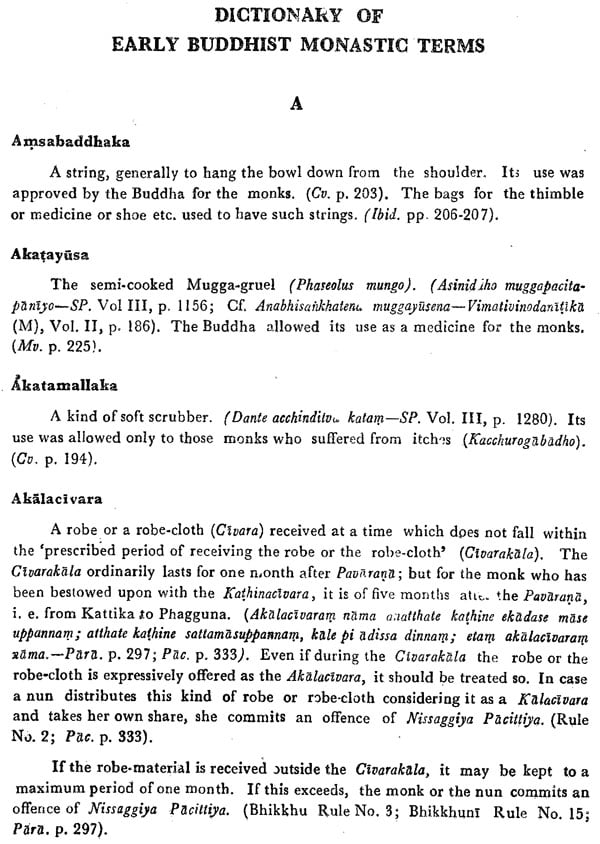 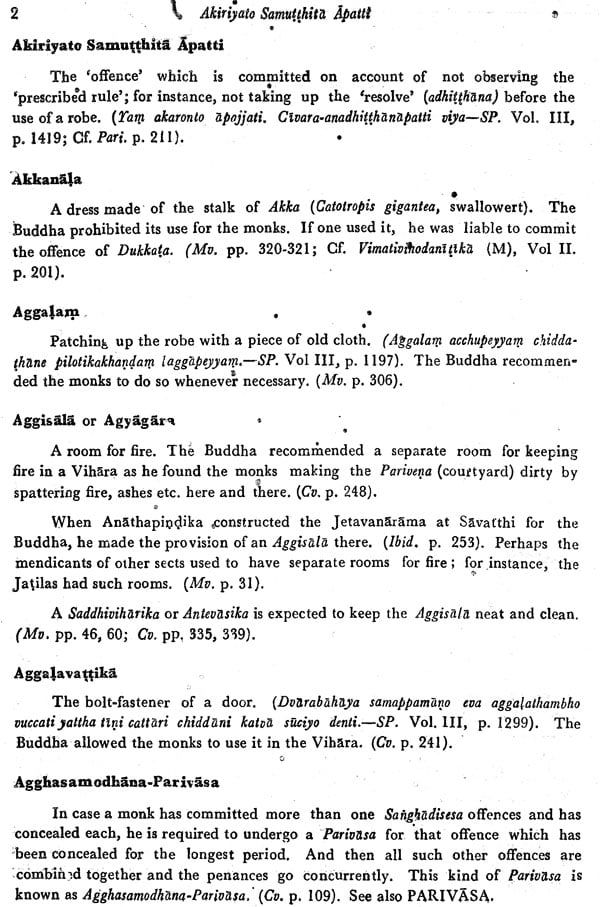 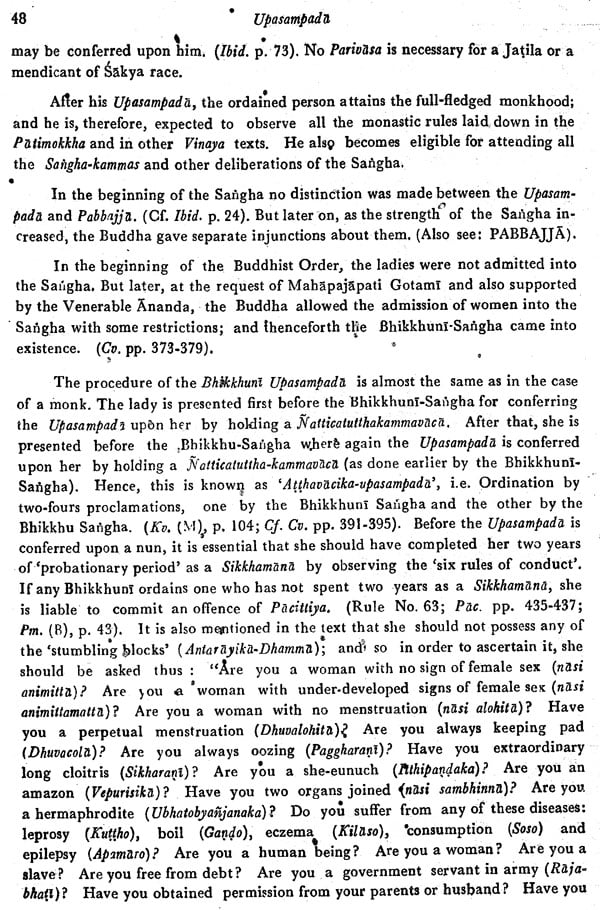 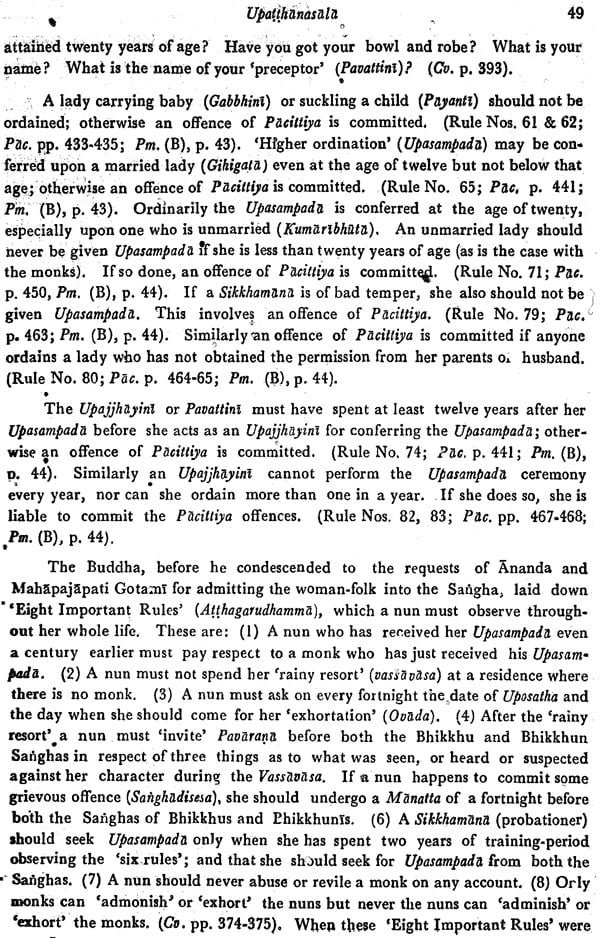 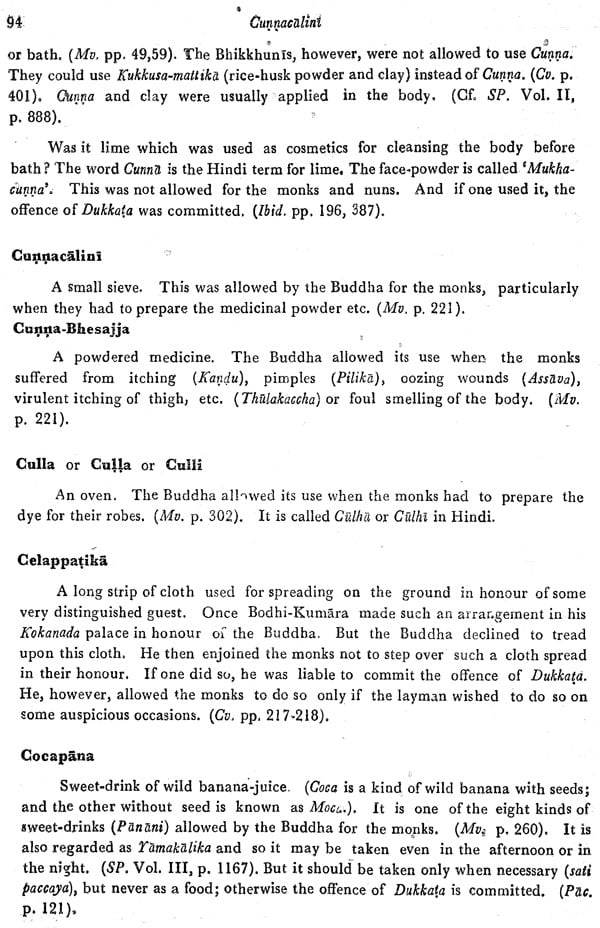 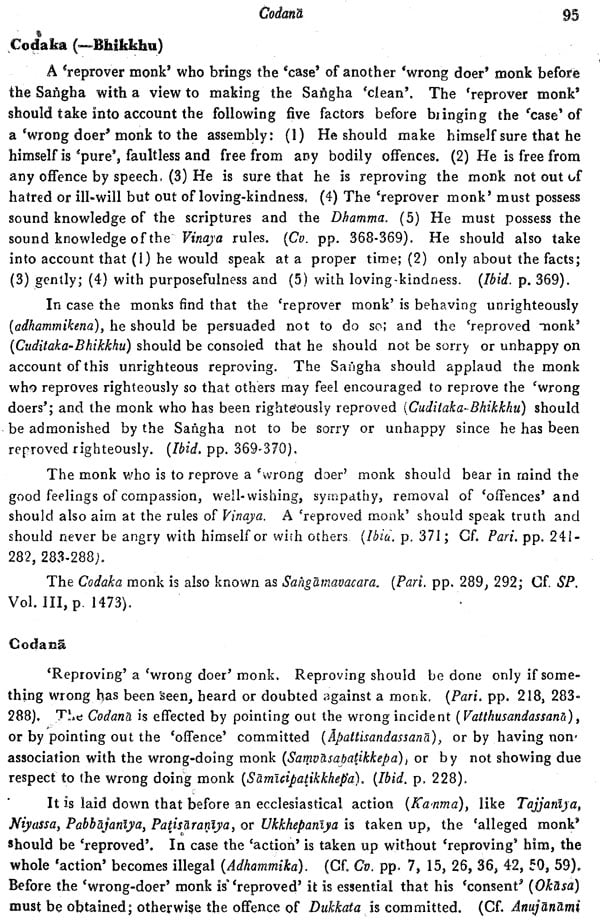 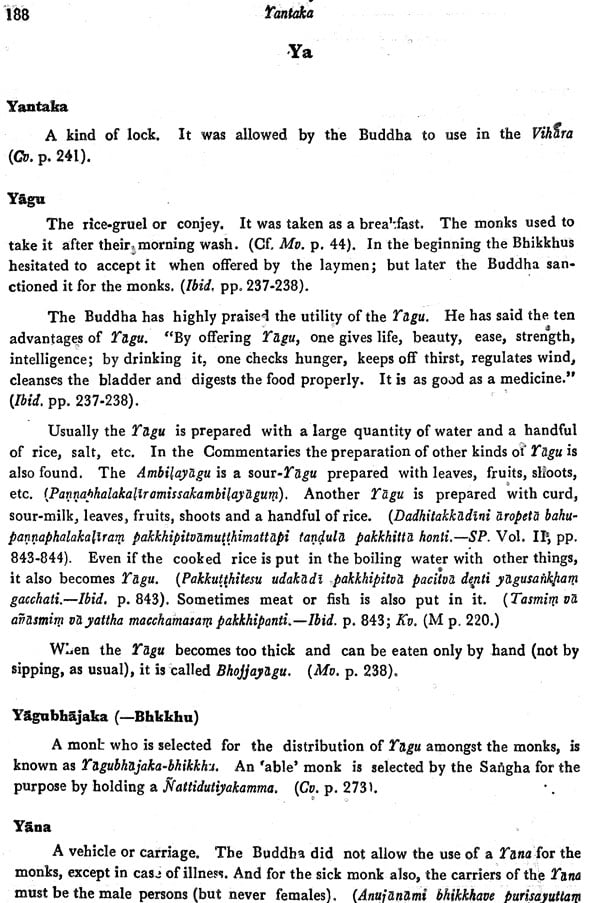 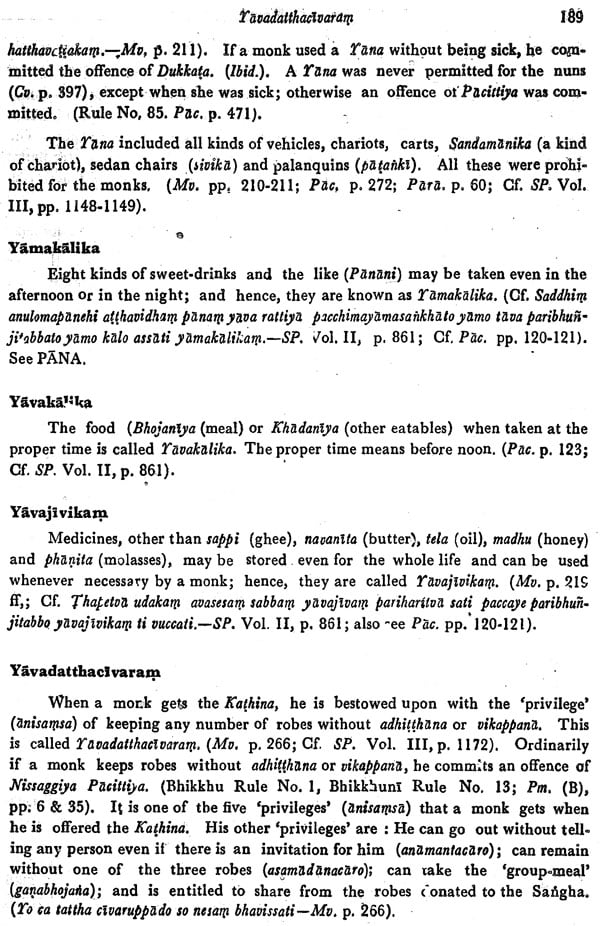