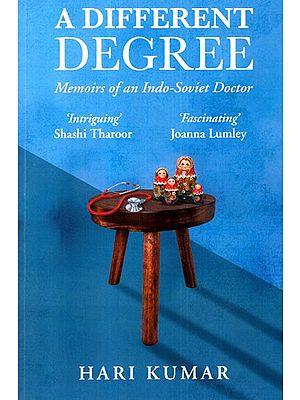 A Different Degree- Memoirs of an Indo- Soviet Doctor

The fascinating story of life as a foreign student behind the iron curtain, told with warm empathy

“The fascinating story of life as a foreign student behind the iron curtain, told with warm empathy

‘A vivid and very personal memoir of a country that no longer exists. It brings back many memories of student life ‘back in the USSR'.

“There's never a dull moment in this riveting autobiographical saga which keeps you on edge as much with its quaint encounters, engaging depictions and memorable anecdotes'

Winston Churchill defined Russia as “a riddle, wrapped in a mystery, inside an enigma”. It was still the case when Hari Kumar left southern India and went behind the Iron Curtain in the seventies to study medicine at Peoples Friendship University, Moscow, USSR.

Through the eyes of a man from a very different background and culture, Hari recounts his intimate observations of the lives and habits of the Russians; their joys, troubles, ambitions and hopes. It is a true story from a fascinating period in History delightfully told with an abundance of humour. A Different Degree gives you a remarkable insight to attempt to solve the riddle, unravel the mystery and understand the enigma that was the USSR.

Hari Kumar is a Consultant Orthopaedic Surgeon working in Doncaster in the United Kingdom. He did his basic medical training in Moscow, USSR. In the memoir, he takes the reader along with him in this unusual, fascinating and hilarious journey through medical school in the Soviet Union and simultaneously opens a window to life as it was behind the iron curtain.

During the late 1960s when Hari Kumar, the author of this book, and I were at our Catholic boarding school, set in the picturesque former Portuguese seaside enclave of Tangasseri, in Quilon, South India, I reckoned that Hari would become a doctor. He'd opted for the biology stream. Yet, never would I have imagined him getting his MD in Moscow – after learning the Russian language from scratch! Likewise, this memoir too is filled with surprises.

Being a born liberal, I was no admirer of the erstwhile USSR. I'd assumed it was all KGB, communism and brainwashed citizens who had no fun - Ronald Reagan called it “Evil Empire”. And Bertrand Russell, the mentor author of my youth, had painted an equally bleak picture. So, I rejoiced when the USSR dissolved in 1991. Now, having read this book, I feel delightfully re-educated. Hari got to know warm-hearted people everywhere in the USSR, describes its high standards of education, sports, art and architecture; its citizens living good lives without having to worry about food and shelter, or even crime, despite the controls and the queues. There are innumerable little-known facts, like why Red Square has nothing to do with the colour. Soviet citizens, remarkably, kept their humour and this book is sprinkled with moments of merriment and characteristically understated Russian jokes.

Another revelation is how Dr. Hari Kumar, who's worked as an orthopedic surgeon in the UK over three decades, recalls his youth in such detail – talking about unforgettable people he came across in the Soviet Union and in India. Scenes of a forgotten era are relived with many heartwarming anecdotes. This book is true to the generous Russian spirit. It walks us simply and plainly through a distilled Russian history from Peter the Great to Gorbachev, Yeltsin and Putin. Hari does not forget some of the USSR's other personalities: like its great renegade poets who were banned, a chess grandmaster, or the celebrity radio newsreader, who like all others, stood in queues. Hari did not get himself brainwashed, as he'd been warned before he left India, nor did he embrace communism. He describes Soviet life as an impartial observer who enjoyed his six student years there and returned briefly to a changed Russia 35 years later.

Memoirs are written by people with extraordinary achievements. This is the memoir of an ordinary person who got an extraordinary opportunity to study medicine behind the Iron Curtain - in the Union of Soviet Socialist Republics (USSR). The nine years I spent in the USSR from 1971 to 1980 went by quickly. The unique experiences I had shaped me into the man I am today. I returned to India and started practising medicine. It took a while to adapt to the practice of medicine in India, which was very different from that in the Soviet Union. I specialised in orthopaedics and got a job as a lecturer at the university teaching hospital in Kottayam, Kerala. Then it was marriage and kids. After a few years, I travelled to the UK for higher training in orthopaedics and settled there with my family.

Thirty-five years after leaving the USSR, something incredible happened. I was invited to a reunion of the classmates who had studied in Moscow. By this time, the USSR had been wiped from the map of the world. Moscow was now the capital of a different country – the Russian Federation. Memories that flooded back while walking the streets of Moscow gave me a chance to reflect and take stock of the fascinating bygone era.

History is written by historians. It is no secret that they tend to distort facts deliberately when it suits them. I can honestly say that what I have written in this book is what I have seen and experienced myself in the USSR and later on my return to the Russian Federation. 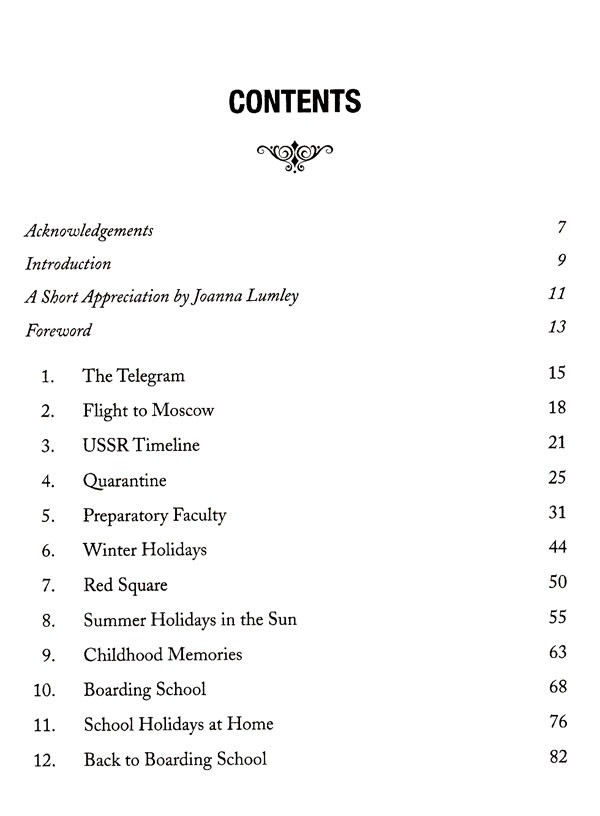 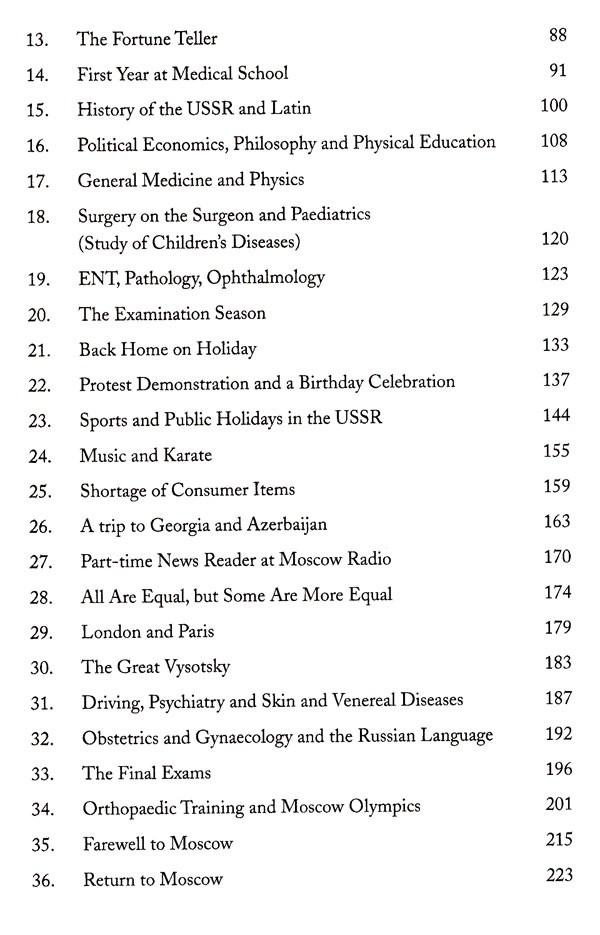 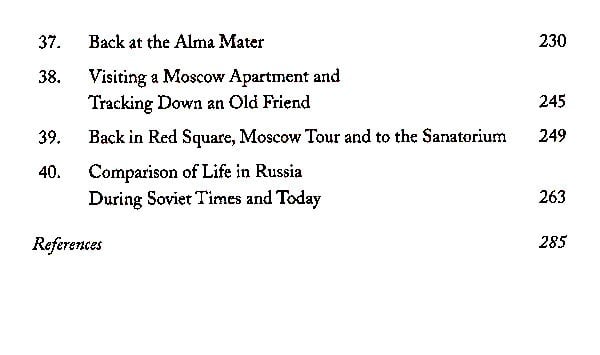 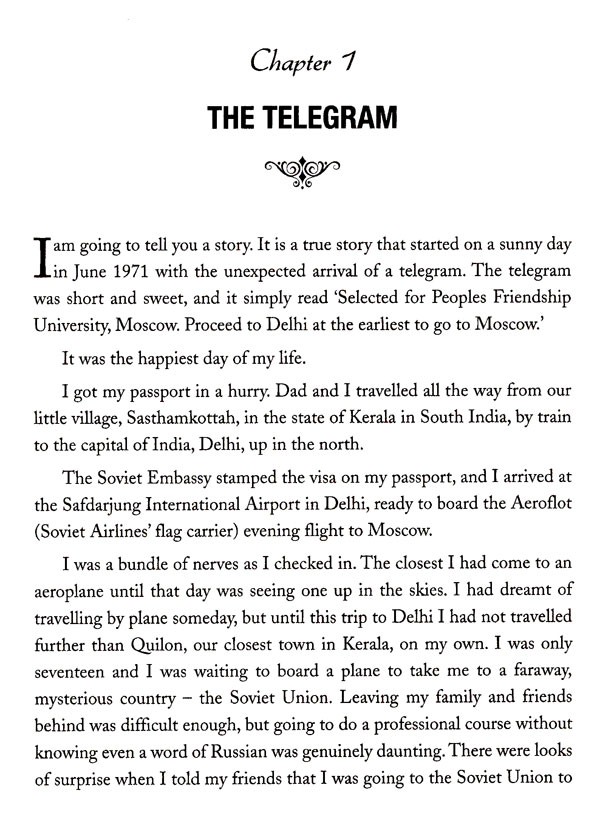 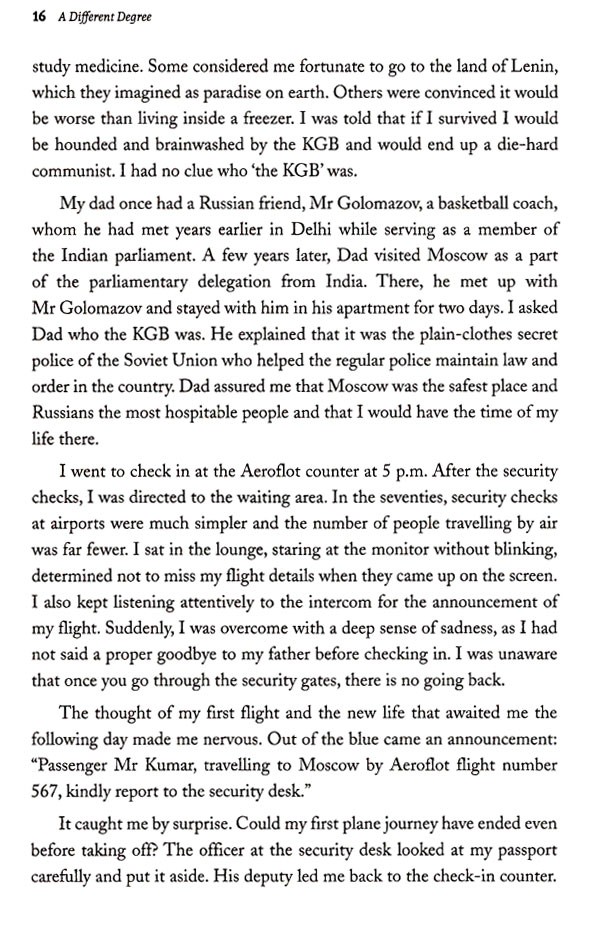 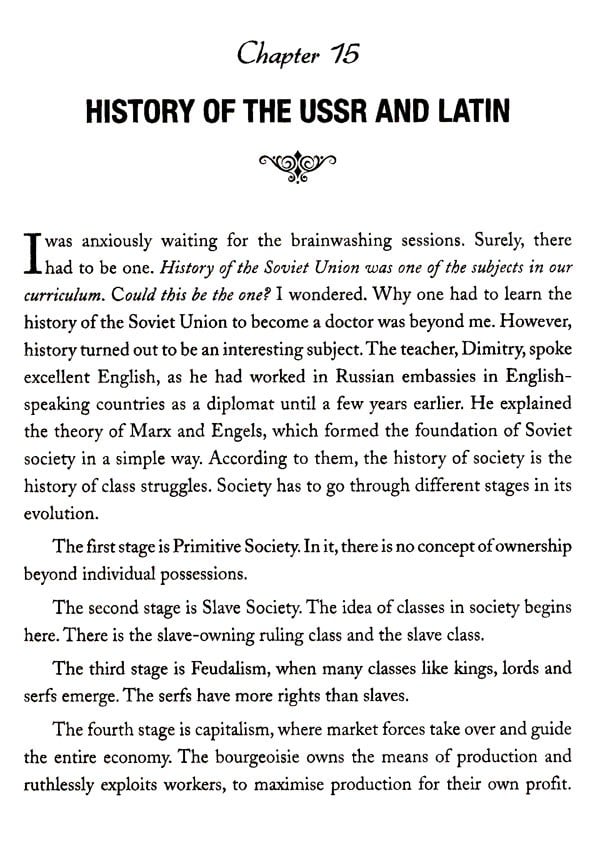 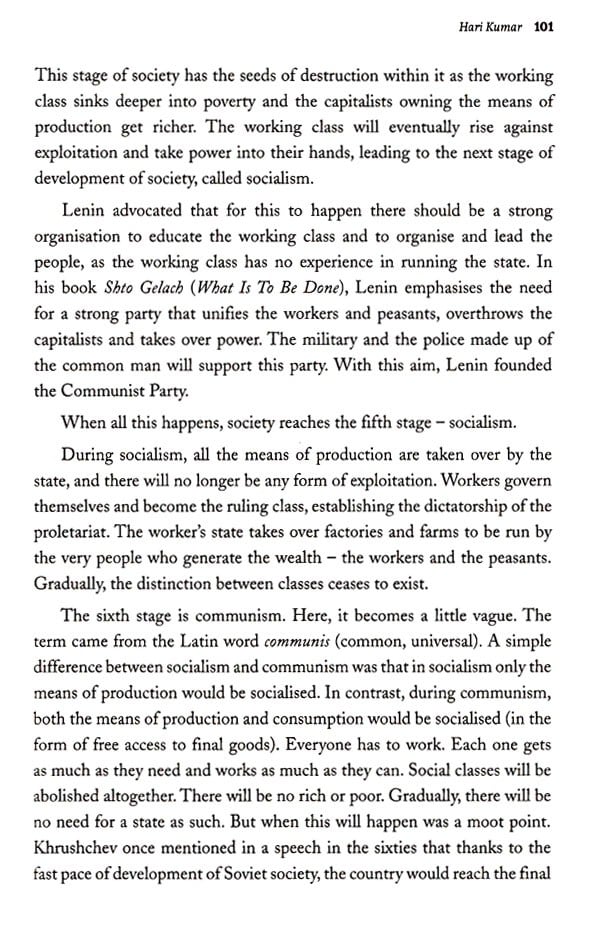 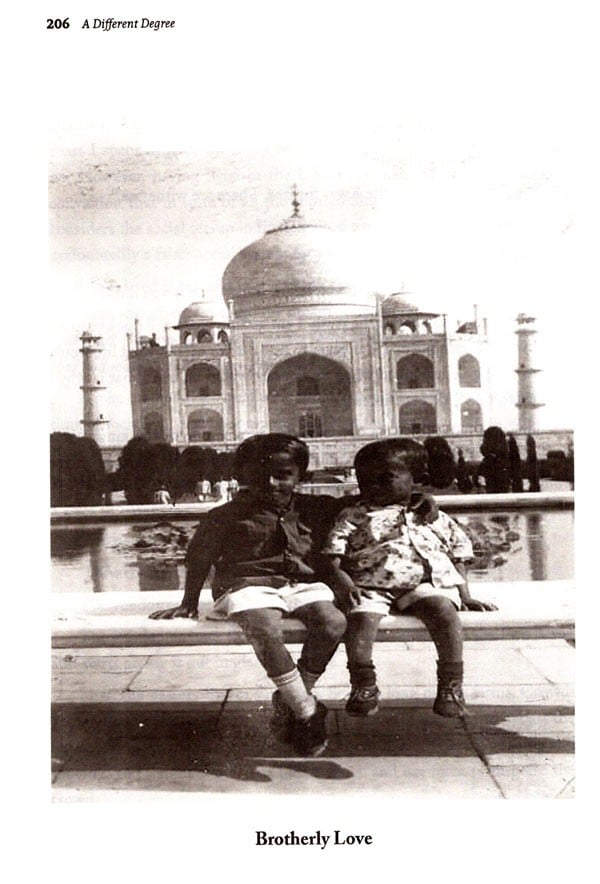 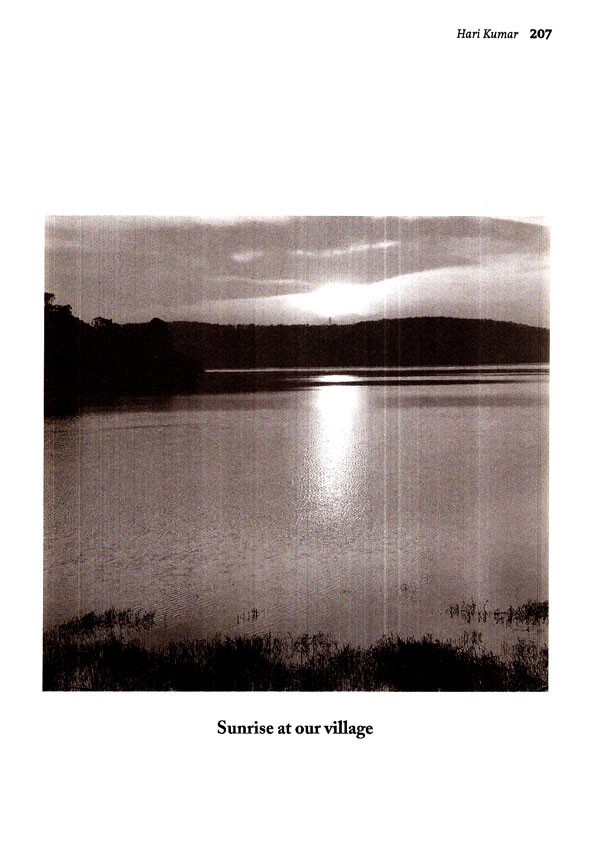 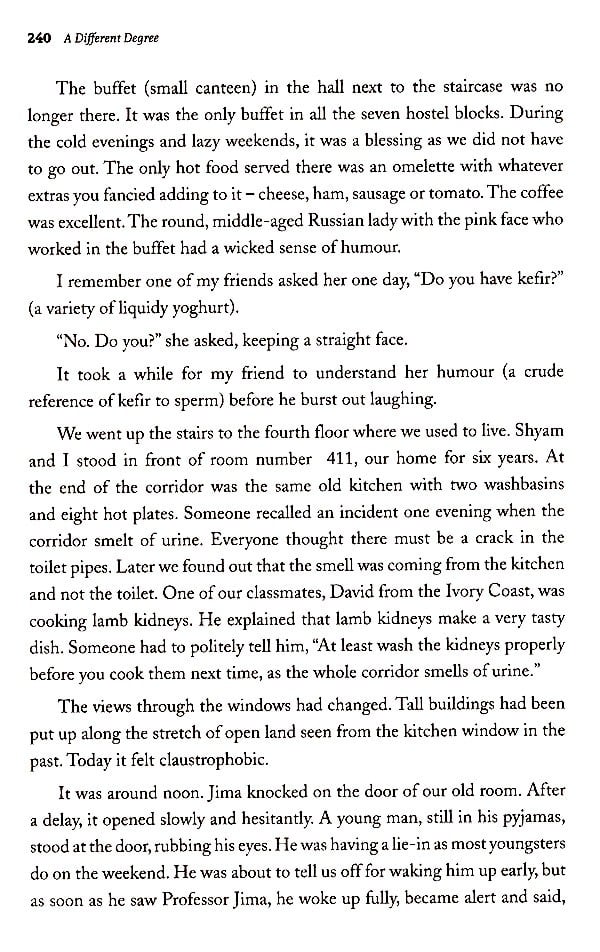 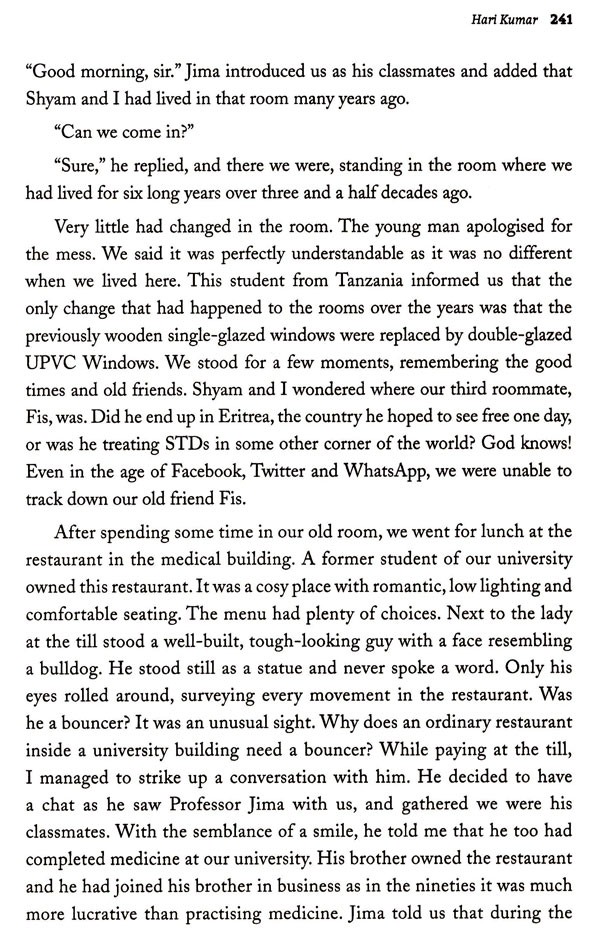