Georg Feuerstein, Ph.D., one of the world's foremost scholars of Yoga, and Jeanine Miller, long recognized for her insightful commentaries on the Rgveda, here pool their considerable talents to offer a deeper glimpse into the development of Yogic thought across the ages and its similarities with the Christian mysticism of Meister Eckhart. Two of the essays included—one concerning the essence of Yoga and the other looking at the meaning of suffering in Yoga—have long been singled out by Yoga researchers for correcting prevalent misconceptions and providing a conceptual framework for many of the subsequent studies in that field. This volume of important essays gives new readers the opportunity to share some of the authors' earliest insights into Vedic and Classical Yoga, as well as their deep conviction that this ancient tradition is of the highest significance for a proper understanding of the human condition. Among the thirty books to Georg Feuerstein credit are Lucid Waking, The Philosophy of Classical Yoga, and The Yoga-Sutra of Patanjali, Living Yoga, and The Shambhala Encyclopaedia of Yoga. He is the director of the Yoga Research Center in California. Jeanine Miller is the author of The Vedas and The Vision of Cosmic Order in the Vedas and was a long time associate of the British Museum. She now resides in France.

It is our deep conviction that the discoveries and insights of Yoga are of the highest significance for a proper understanding of the human situation in general and the present state of affairs in particular. The change taking place in Western culture, the effects of which can clearly be perceived in all cultural domains, harbours seedlings of a new spirituality that need to be awakened and attended to if we wish to overcome the steadily spreading crisis of man which, as Jean Gebser observes, is 'not a mere crisis of morals, economics, ideologies, politics, religion', but a global crisis.' In this connection we wish to quote Simone Weil, the French mystic and scientist, who wrote: 'If the crisis of our age is comparable to that of the fifth century B. c. then there is an obvious duty; to make another effort comparable to that of Eudoxus. The problems which we have to face today are, whether we like it or not, of a profound religious nature or, to put it differently, are related to man as the heir to transcendent reality. The same questions that concern us at present perturbed man in India many centuries ago in a very similar way. It is axiomatic therefore that we should give serious attention to Indian spirituality, however strange the formulations and solutions of the Eastern mind may seem to us at first. We cannot afford to ignore the psychological-cum-philosophical findings of the old Indian culture which reached a high religious and philosophical maturity at an early time and which, on account of its rich experiences over more than four millennia, can be of incomparable help in the present struggle of Western man.

Our special attention must be paid to Yoga, for it is in a way the most precious concentrate of all the spiritual riches of India. Its true value has hardly been recognised in the Western world. This is mainly due to the fact that from the beginning Yoga was seen, both by scholars and others concerned with it, from an outside point of view. Apart from a few exceptions, there has been little genuine endeavour to follow the Yogic path and to test its methods and verify its statements experimentally. The German physician and depth psychologist Dr. H. Speer bluntly stated that the scientists wishing to approach the real nature of Yoga must submit themselves to its practical application at least for a few years.This reminds us of a maxim in Vyasa's comment-ary to the Yoga-Sutra which states: 'Yoga has to be known by Yoga. Yoga manifests through Yoga.' Let us also not forget William James' words quoted by A. Huxley: 'Practice may change our theoretical horizon, and this in a twofold way: it may lead into new worlds and secure new powers.' Western men loves to theorise and likes to with-draw from practice.

Although almost two hundred years ago Kant had by way of logic shown that the intellect is not capable of solving the deeper metaphysical problems, what could be called the jungle of Western metaphysics is nevertheless steadily continuing to expand. In Yoga metaphysical questions play a minor role. To the yogi philosophy is never the final object; his aim is to actually 'experience' that which for Kant was the everlasting object of human mind, the reality beyond the phenomenal world. Long before the Critique of Pure Reason was written, yogins in the East had recognised the insufficiency of the intellect with regard to the cognition of final truths. They did not, however, fall into the fatal error of overlooking this fact in their statement of the problem of man's nature, as is generally the case nowadays, but they sought after a 'faculty' in man which might break through the limits of the mind. And, as they assure us again and again in their writings, they have discovered a way—the method of Yoga. Even if we are not willing or prepared to follow Yoga up to its very heights, a profound theoretical and practical study of it would undoubtedly lead to many a remarkable discovery, particularly in the fields of psychology. Depth psychology and parapsychology which may well be called sciences of the future. Yoga, if unlocked by personal practice, could prove to be of a greater value towards a re-moulding of human personality and thus our age than any other science, religion or philosophy, for it opens to us

a completely new aspect of existence—the realm of the Self beyond personality and phenomenal world. The present book is, as the title suggests, a collection of essays endeavouring to portray the living pulse of Indian philosophy, the art and science of Yoga. Stress was laid on a general appraisal or, rather, re-appraisal of this extremely ancient teaching. The introductory essay is meant to give an outline of Yoga, particularly in its classical form. We have dwelt at length upon the central technique of Yoga, the practice of saniddhi or enstasis, often misleadingly called ecstasy. In this connection we have especially treated the question of the succession of the diverse ecstatic grades according to classical Yoga—a theme which has hitherto been greatly misrepresented. The second essay is a prelude to the subsequent articles on ancient Indian spirituality. It gives out the basic principles of our attempts at interpreting the Vedas, particularly the Rgveda, which is the fountain-head of all later Indian systems of thought. As already stated by H. D. Griswold, no real understanding of later Hinduism is possible without knowledge of the probably oldest literary monument of mankind, the Rgveda.6 This is particularly true of Yoga, the basic practices and conceptions of which can be traced back to this archaic scripture. To show this is the aim of the essays on. the keiin-sakta which contains references to very old notions and ractices showing great similarity to those of later Yoga, on the hymn of creation (ndsadiya-sakta) which foreshadows the ontological clings of the epic and classical Yoga-Sarnkhya traditions, and on Agni, the grand figure of the Rgveda, who heralds the Upanisadic ,1 as well as the Tantric 'serpent fire' or kunda/ini. The fourth essay, b, the meaning of suffering in Yoga, considers the basic issue of the philosophy underlying classical Yoga: suffering and its termination. The secluding essay is on Meister Eckehart's spiritual teachings, which show a striking resemblance to the most advanced philosophical schools of India.

We have quoted extensively from the Sanskrit originals and are, when not stated otherwise, responsible for all the renderings. In our essay on Agni, however, we have made use of Griffith's poetical translation of the 1.gvedic hymns without explicitly stating so. All renderings from German and French are ours. 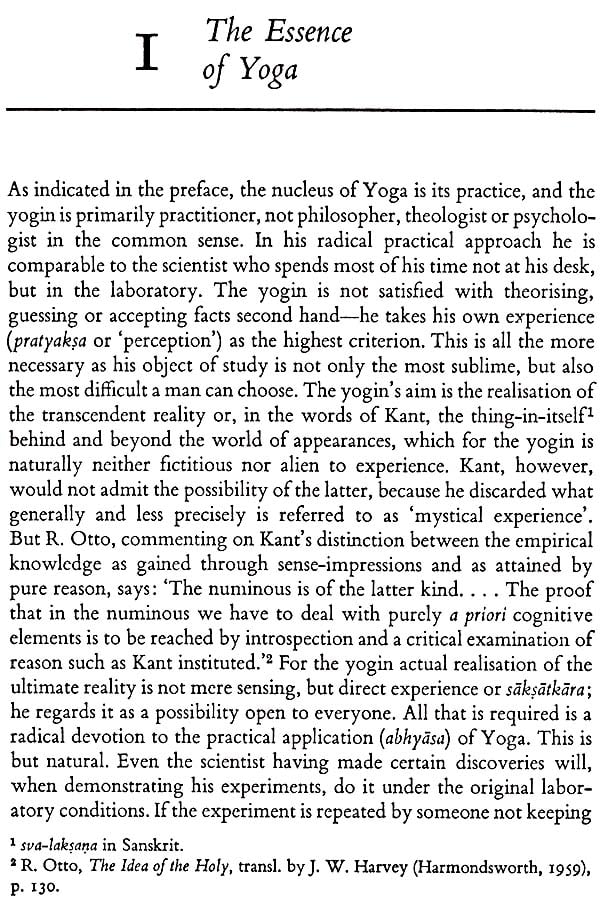 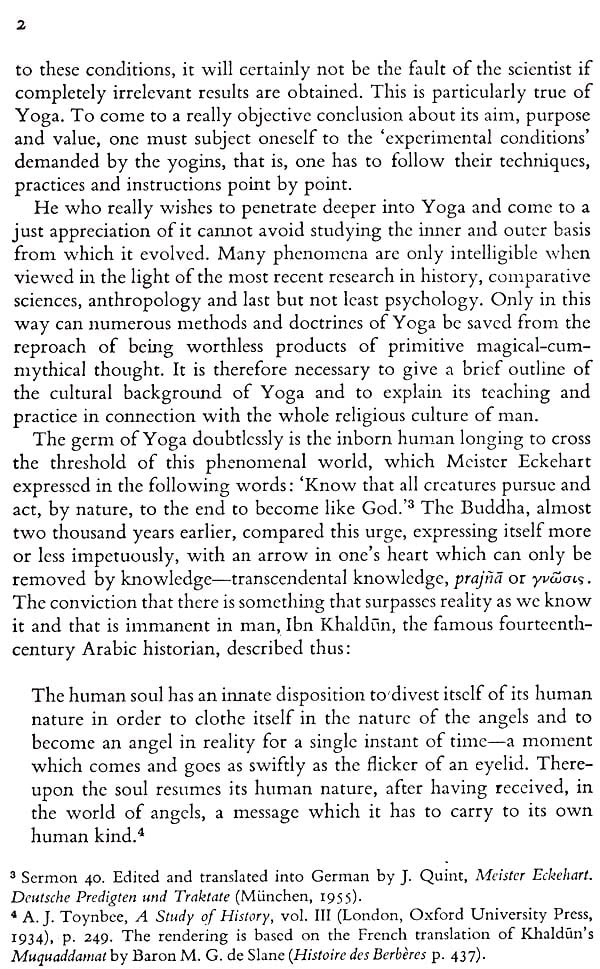 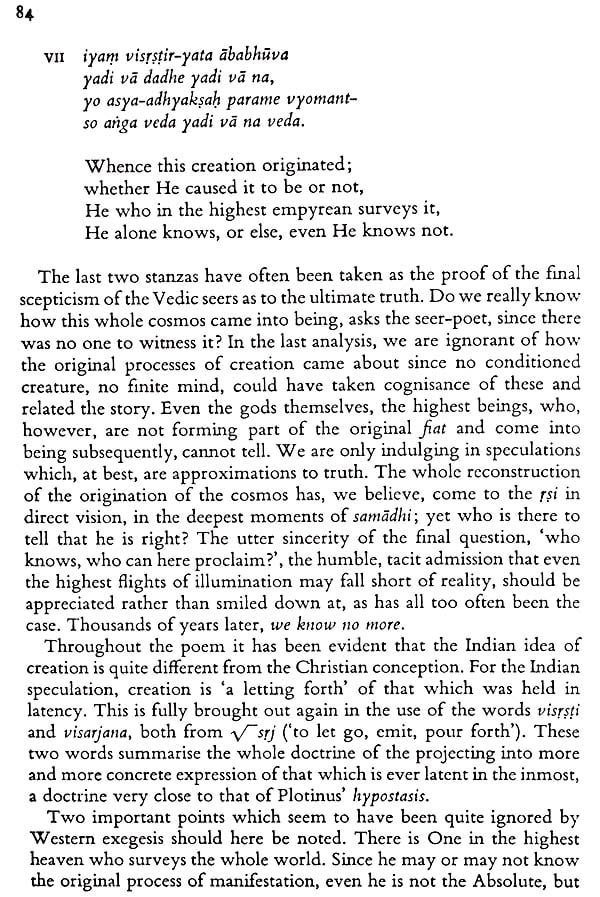 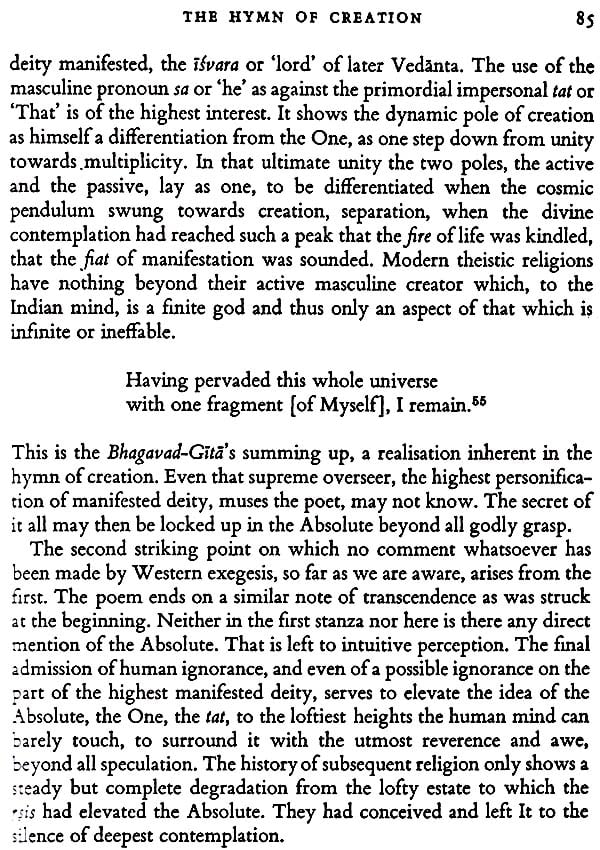 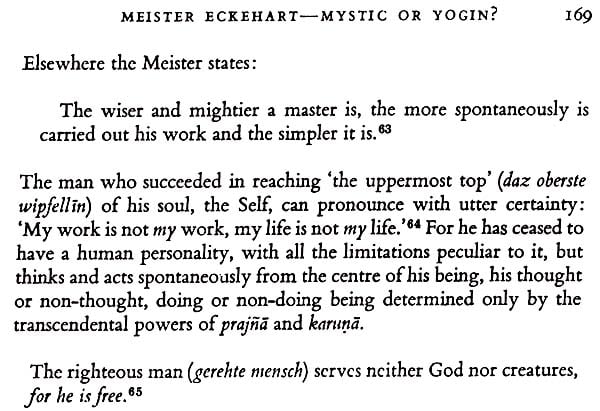 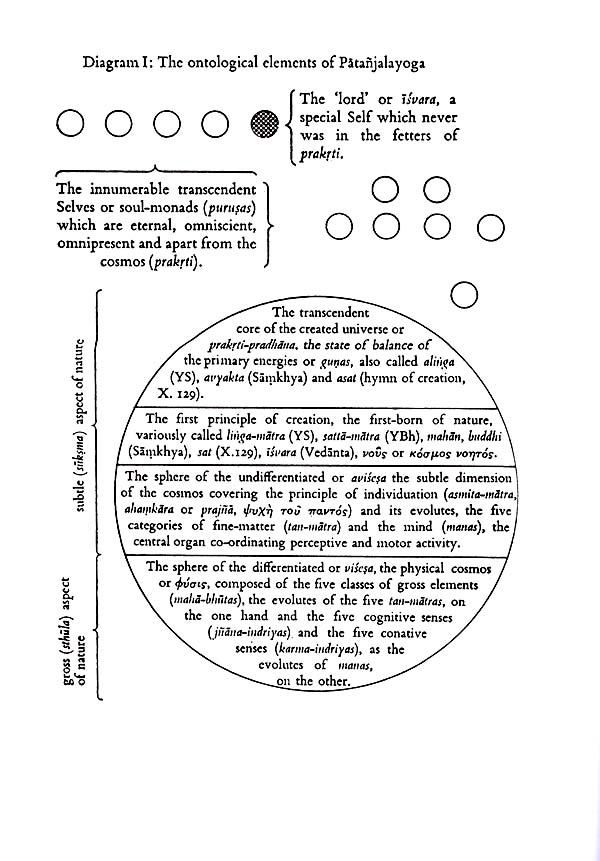 The Path of Yoga: Discovering the Essence and origin of Yoga (The Yoga Sutras of Patanjali)
By osho
$31
Out of Stock Yoga for All (Discovering The True Essence of Yoga)
By Hansaji J. Yogendra
$29
FREE Delivery Kriya Yoga: The Scientific Process of Soul-Culture and The Essence of All Religions
By Paramahamsa Hariharananda
$39
FREE Delivery
Best Seller YOGA AND THE BIBLE: THE YOGA OF THE DIVINE WORD
By Joseph Leeming
$15