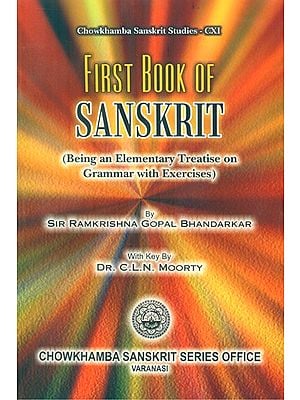 FREE Delivery
$23
Quantity
Ships in 1-3 days
Notify me when this item is available
Preface
The study of Sanskrit has but recently risen in the estimation of the educated natives of this Presidency and of our educational authorities. The old Sanskrit College of Poona owed its existence and continuance rather to a spirit of conciliation and toleration in our rulers than to their conviction of the utility of Sanskrit as a branch of general education. The modern critical and progressive spirit was not brought to bear upon it. The old Sastris were allowed to carry all things in ~their own way. After about thirty years since its establishment, the authorities began to exercise active interference. until at length the College was abolished and a new system inaugurated. which, to be complete and effective. requires, in my humble opinion. a partial restoration of the old institution.

This newly-awakened and more enlightened zeal in favor of Sanskrit cannot last, or produce extensive results. unless books are prepared to facilitate the general study of that language. I have heard students complain that they find Sanskrit more difficult than Latin, and many have actually left the study of their own classical tongue for that of its foreign rival. I do not know if this complaint has a foundation in the structure of the two languages; but this, at least, I am sure of. that Sanskrit would be considerably easier than it is, if there were men educated in our English Colleges to teach it, and if books specially adapted for beginners were available. It was with the view of supplying. in some measure. this latter desideratum that this little book was prepared about a year and a half ago. Its plan was originally sketched out by Dr. Haug, though in a few places I found it necessary to deviate from it. The book is intended principally for boys; but, for the benefit of young men whose minds have already undergone some culture, I have added a great deal of matter, especially in foot notes, which perhaps ought not to be introduced into a book written merely for children. In preparing the book I found nothing as 'difficult as composing from about forty to fifty sentences, Sanskrit and English, for each lesson, since my choice of words and grammatical forms was considerably limited by the conditions of that lesson.

I have, however, done what I could, and in several places, especially at the end, have put in such sentences, occurring in original Sanskrit works, as I remembered.

It is attempted to teach nearly all the declensions, some irregularities only being omitted, four conjugations of verbs, two tenses end one mood, passive forms, and some of the more important verbal derivatives. 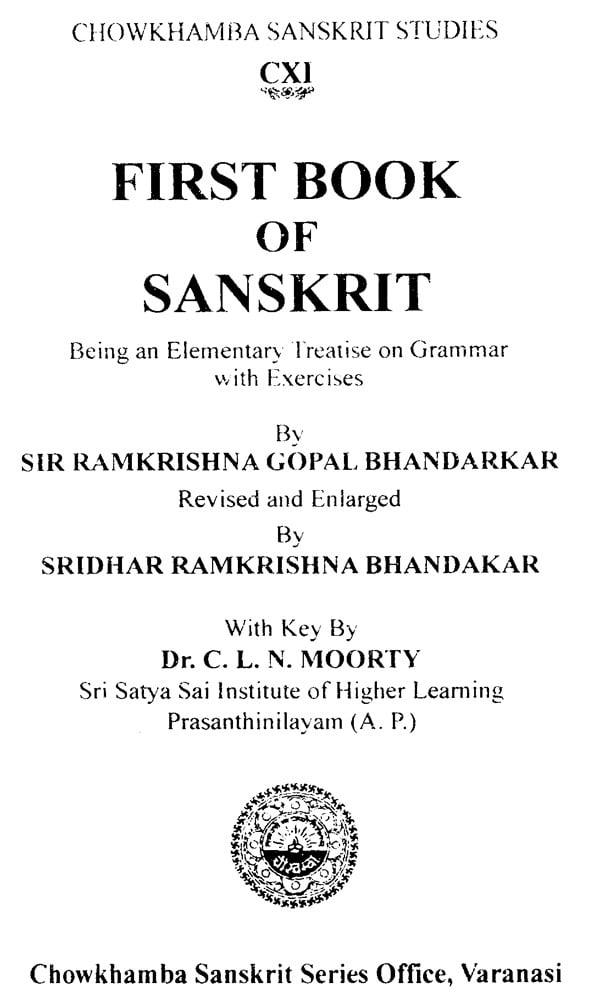 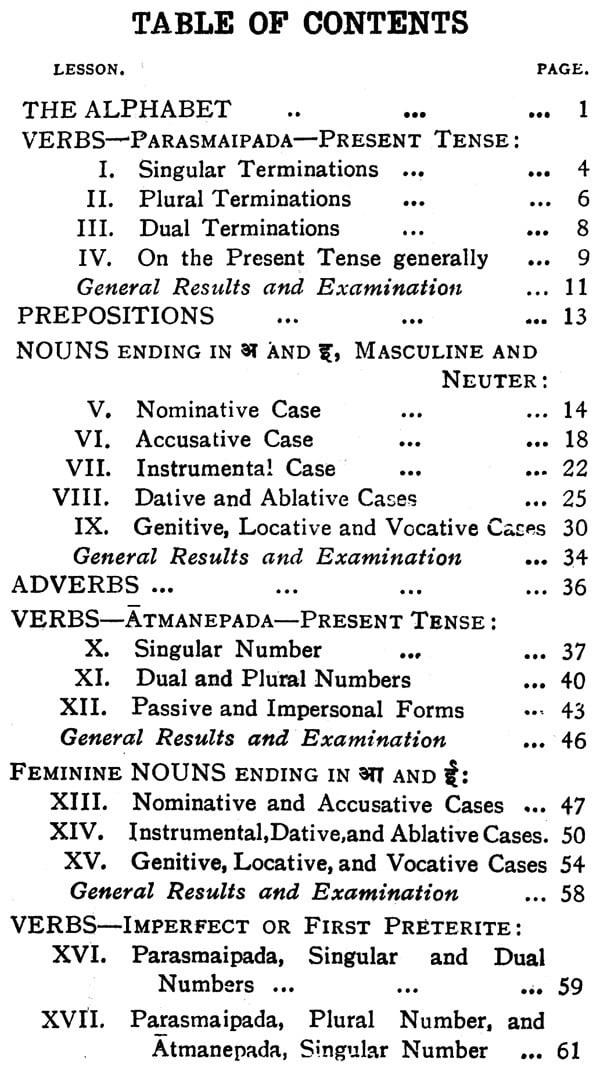 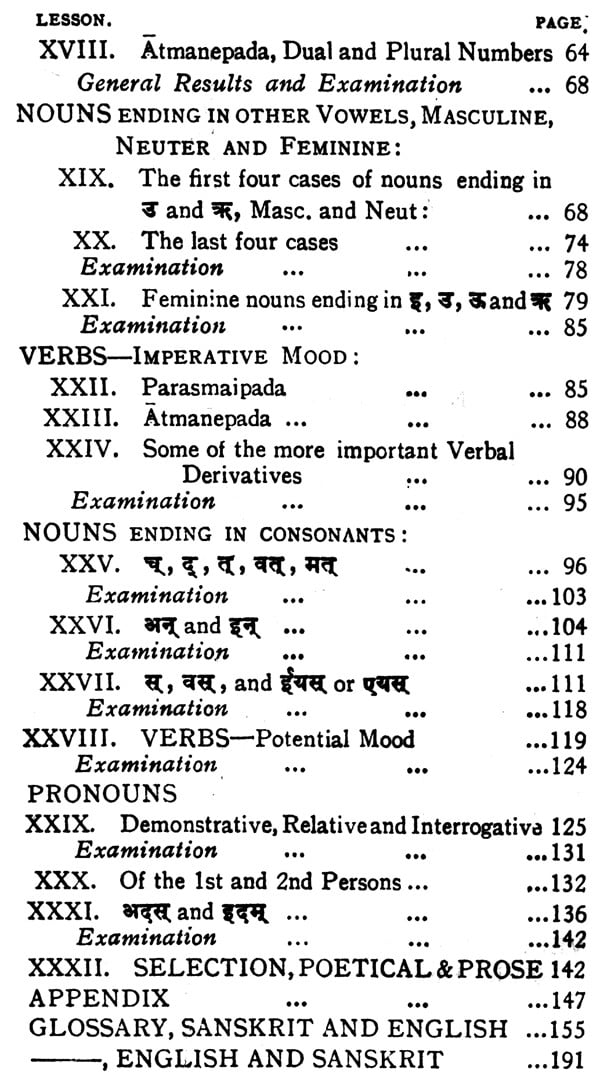 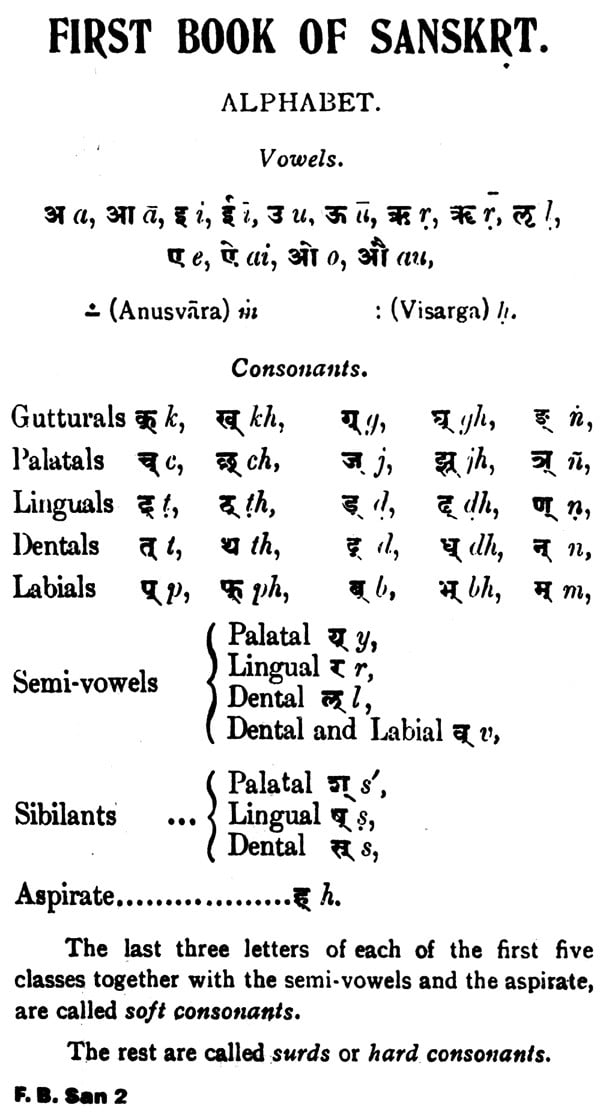 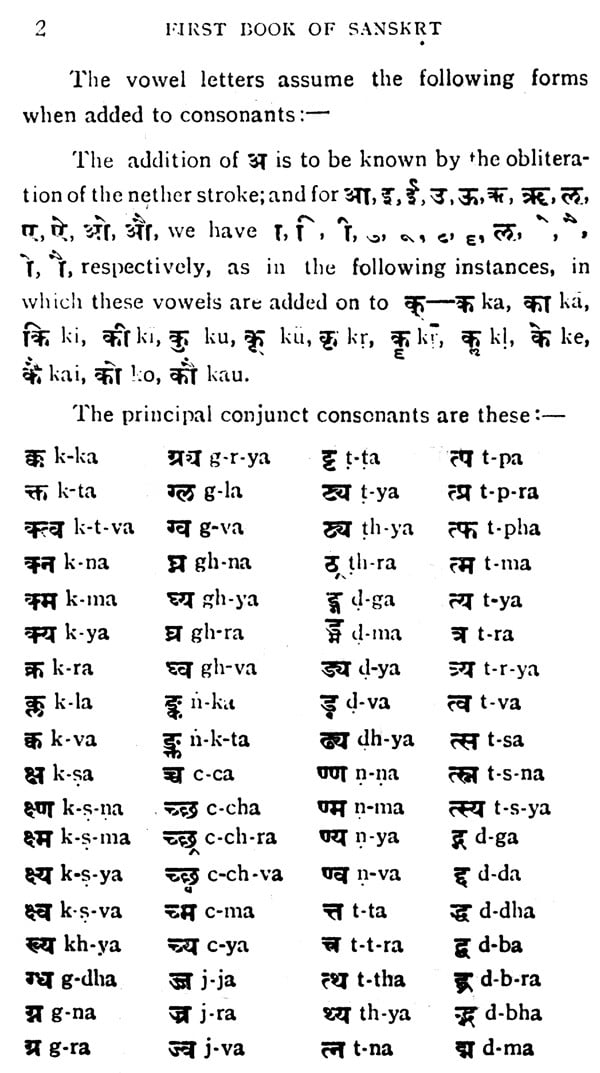 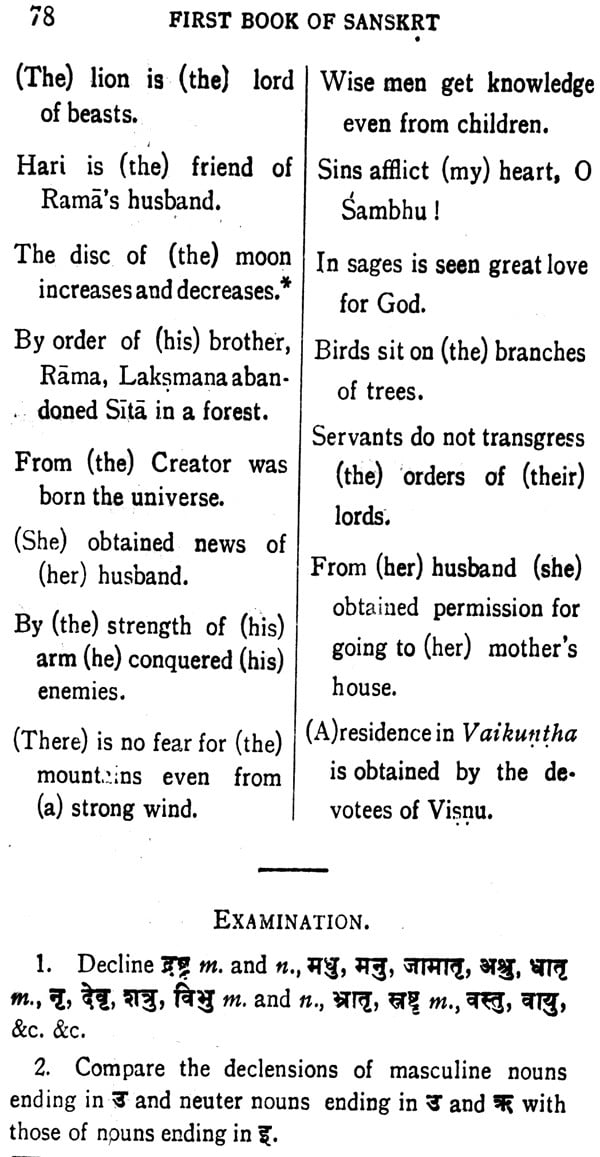 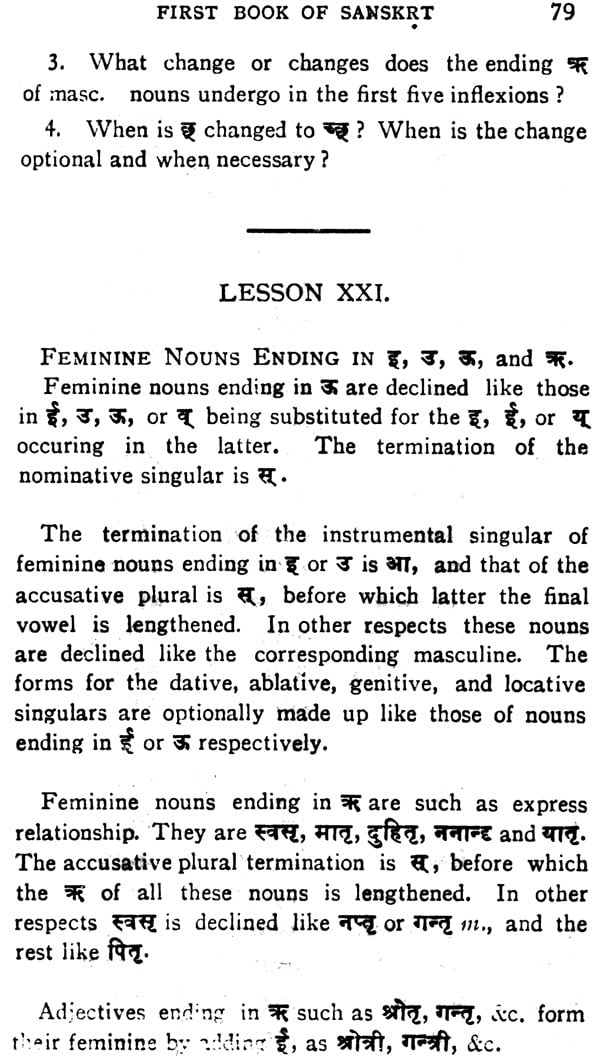 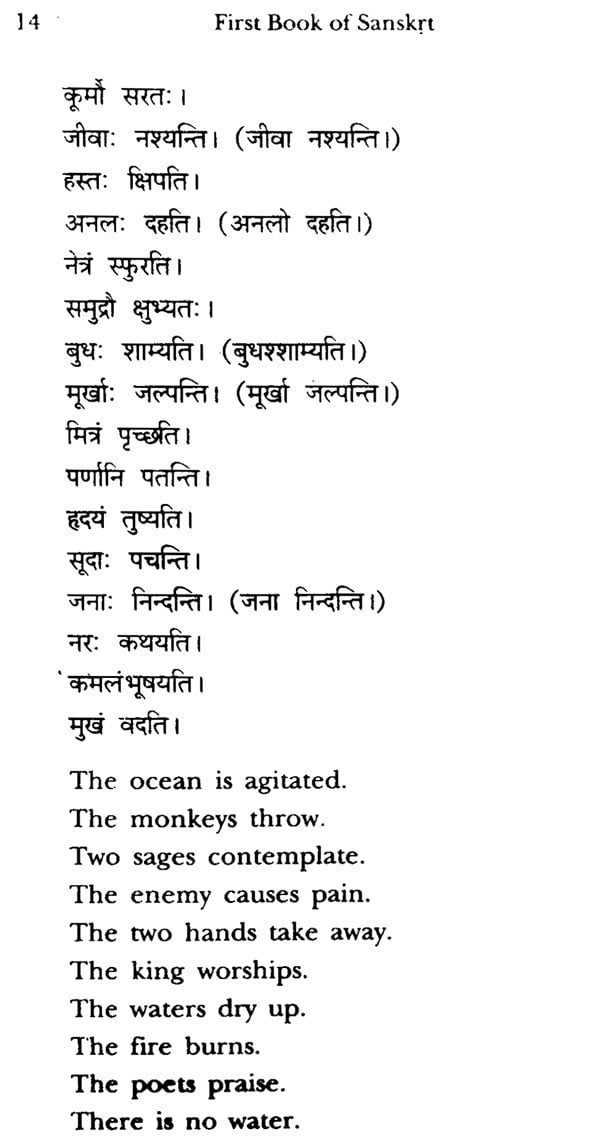 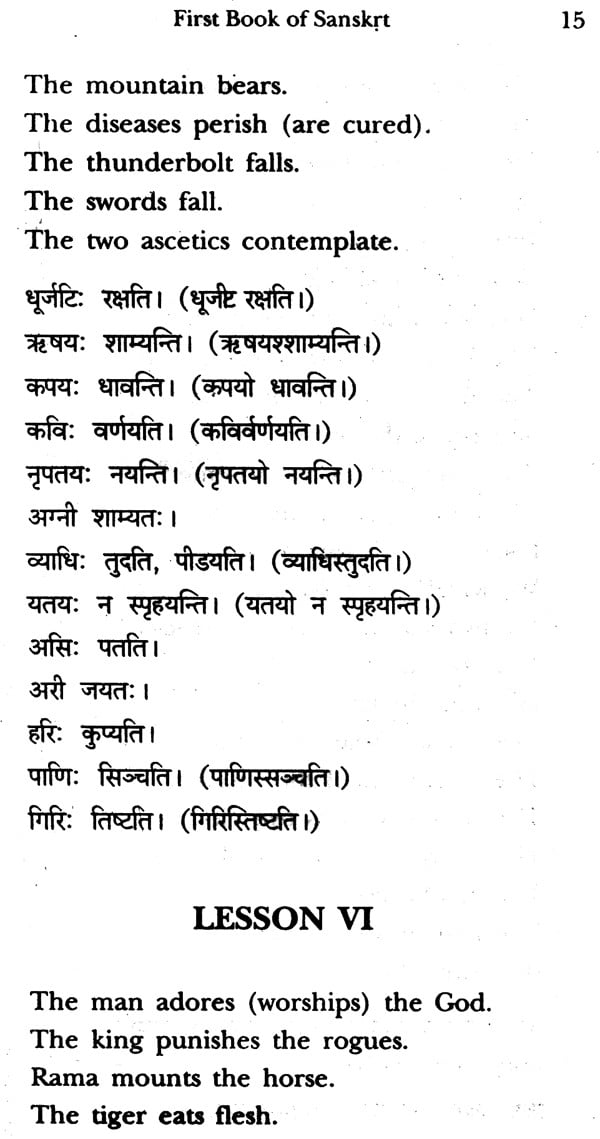 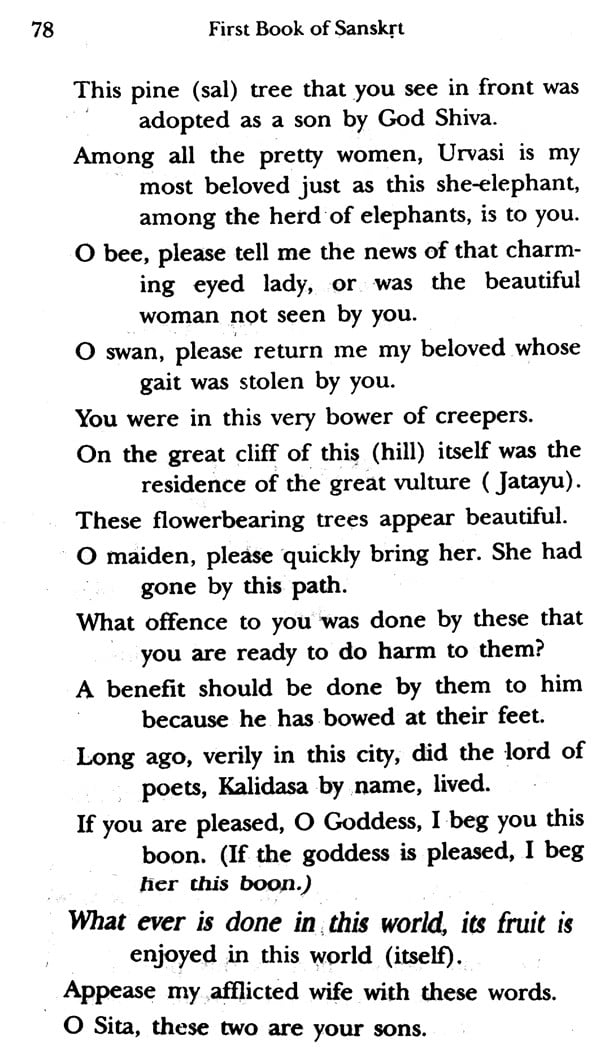 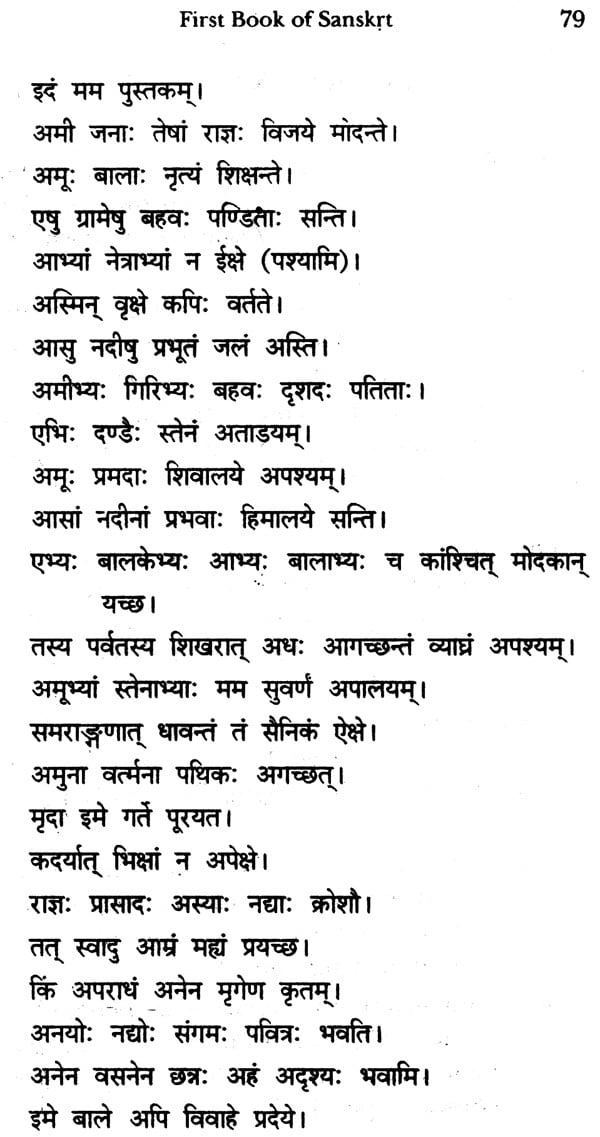