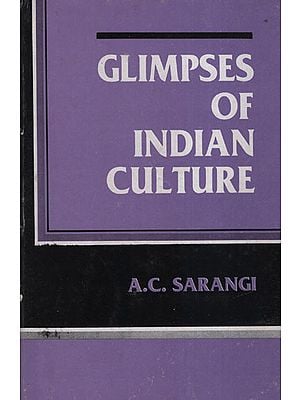 Great thinkers of the East and West have written volumes on the culture and civilisation of India. But her cultural heritage is not only the most ancient but it is also one of the most extensive and varied. Different peoples have come to this country from pre-historic times right down to the recent centuries. And all of them have co-operated in building up the great culture that India represents. Indian culture is a perennial source of inspiration to the people all over the world. The present collection of Prof. Sarangi's papers represents a novel aspect and fresh interpretation of India's glorious past. It is hoped that like his other earlier publications, the present work on different aspects of Indian culture will be avidly read by both scholars and persons interested in lndology.

In the comity of nations it is the pride of our country that almost in every generation and in every part of our land holy men are born and they are the embodiments of our culture. By their lives they teach us that pride and power, wealth and glory are nothing in comparison with the power of spirit. It is this spiritual aspect of our civilization for which our country is held in great esteem by the world-community. Great philosophers and great thinkers of the East and West have written volumes on the culture and civilization of our country. But our cultural heritage is not only the most ancient but it is also one of the most extensive and varied. Different peoples have come into our country from pre-historic times right down to the recent centuries. And all of them have co-operated in building up the great culture of our country. Voluminous books and hundreds of papers written on culture cannot give the whole picture. Our culture is a perennial source of inspiration to people all over the world. In my view the papers collected here represent a novel aspect and a fresh interpretation of our glorious past.

The Atharva-Veda an abbreviation for the old name Atharvangirasah contains hymns designated as auspicious magic and black magic. By making use of these mantras in rituals one can cure diseases, bring health and long life to the family etc. At the same time one can make use of the mantras of Atharva-Veda for all sorts of evil purpose like bringing ruin and havoc on the enemy. Since the beginning of study on the Atharva-Veda all the scholars both of the East and the West have deal. with these two different kinds of magic formulas. Like Vaitaria4rautasfara, the Kausikasutra an old and important text is of great help to the understanding of the ritual setting and general purpose of the hymns of the Atharva-Veda. But the particular aspect of the Atharvanic religion which makes the paper of Dr. Sarangi on Black-magic interesting is the discussion of the magic songs of the Atharva-Veda together with their ritual use.

2. The Sanskrit terms like dharma, artha, kama and moksa are potent with deeper meanings than the English words like morality, wealth, desire or passion and salvation respectively. The word `dharma' is derived from the Sanskrit root dhr meaning to hold together, to preserve'. The meaning of dharma as a principle for maintaining the stability of society is brought out by Srikrsna in three verses in the Mahabharata: In advising Arjuna as to what is dharma he explains that "dharma is created for the wellbeing of creation" and further that "all that is free from doing hams to any created being is certainly dharma; for, indeed, dharma is created to keep all creation free from any harm". Artha refers to the problem and activities connected with finding, making, gathering, concerning, and organizing of the material necessities of life. Similarly, kama refers to the sex and the reproductive aspect, its understanding, its right function, its organization and management both with reference to the individual and the group. In a wider sense kama refers to all the innate desires and urges of man. Dharma is the holder of the balance in terms of which artha and kdma have to be dealt with and practised. After gradually passing through the three asramas where one has given his dues in connection with the social obligations on the three debts like rsi-rna,pitr-ma and deva-ma and goes forth as a wandering mendicant (sannyasa) and dies there after, one attains moksa. Only after doing his duties in the first three asramas, one should apply one's mind exclusively towards the attainment of moksa. The correct quality and quantity, the place and the time of artha and kama have to be determined in accordance with dharma. By attending to one's dharma, one is able to live a proper life even though it may be lived in terms of artha and kama. In the introductory portion of the paper, Dr. Sarangi correctly asserts that artha and kama become ends in themselves when acquired not in conflict with dharma. These purusarthas were to be pursued in such a way that they would not come into conflict with one another. The paper contains an objective account of the four-fold values of life i.e. purusartha-catustaya.

India is proud to have preserved its culture without a break down to the present day. When we compare our ancient civilization with that of Greece, Egypt or Iraq, we cannot but appreciate our forefathers for their incessant efforts for having allowed the continuity of cultural stream unchecked. The influence of the continuous cultural traditions on an ordinary Indian is so strong that he recalls humbly even to-day the legeds connected with our glorious past when he faced with his own personal problems in his daily life. The orthodox brahmin of a remote village even recollects all the holy mountains and rivers when he takes a ritual ablution in his tiny village pond.

India's past is better understood when we see the evidence traced in the cultural heritage of our neighbouring countries. I had a rare opportunity to spend a few years in some of these countries like Japan and Indonesia and I got cultural shock when I noticed for myself the evidence of our ancient and deep rooted culture there. It is not enough to know our culture if we concentrate only on the studies related to our mother land but we must look beyond her boundaries to amuse ourselves by realising how our own culture spread not only to our neighbouring countries but to many distant lands.

Traders or pilgrims, people have always come to India being attracted by her prestine glory. Thus the Indian culture has been continuously strengthened and vitalized by the infusions of various foreign cultures and in the process it has become a melting pot where so many distant cultures have turned their way. It has turned into a huge reservoir where each successive race of newcomers has poured its vivifying stream of primitive freshness and vigour and in return all these new cultures enriched themselves from her store of traditional culture.

In the unfathomable depth of the ocean of Indian culture there lie hidden innumerable priceless pearls and I have just collected a few of them. After chiselling and polishing them I have tried to present a necklace of pearls. Now it is for the connoisseurs (sahrdayas) to judge how far I have succeeded in this venture. I am grateful to my revered teacher, Prof. Anam Charan Swain, Formerly Professor and Head of the Department of Sanskrit, Utkal University who inspite of his busy schedule of studies could find time to write such a detailed thought -provoking foreword which has enhanced the value of this work. Now as a token of my gratitude, I dedicate this work on his lotus feet. Lastly my heartfelt thanks are due to Mr. Biswajit Mishra our printer and Sri K.C. Jain and his staff of Bharatiya Vidya Prakashan, Delhi, our publishers who have done their best in publishing this work with elegance and style. 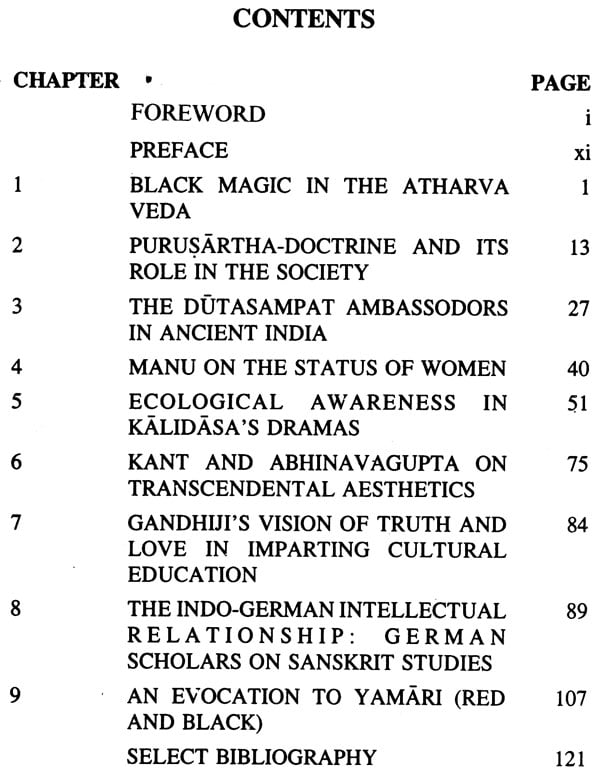 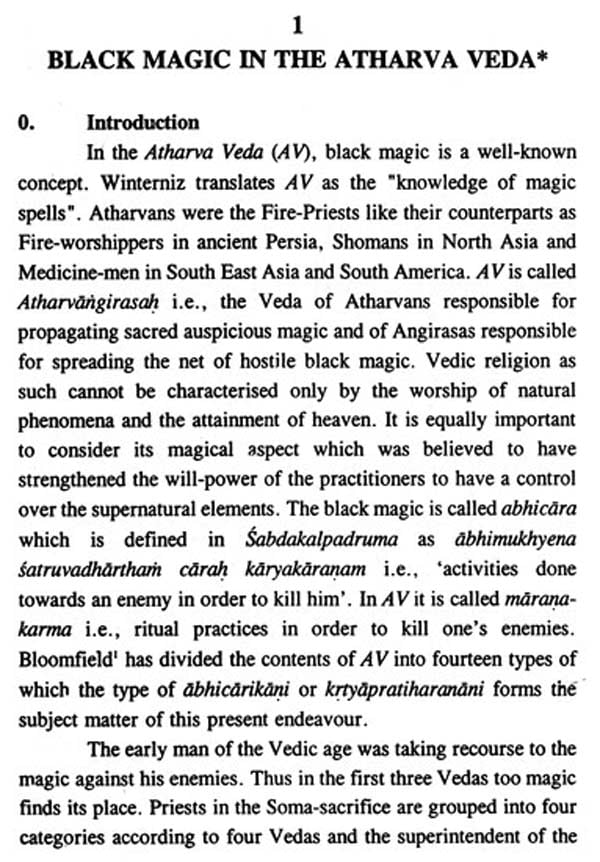 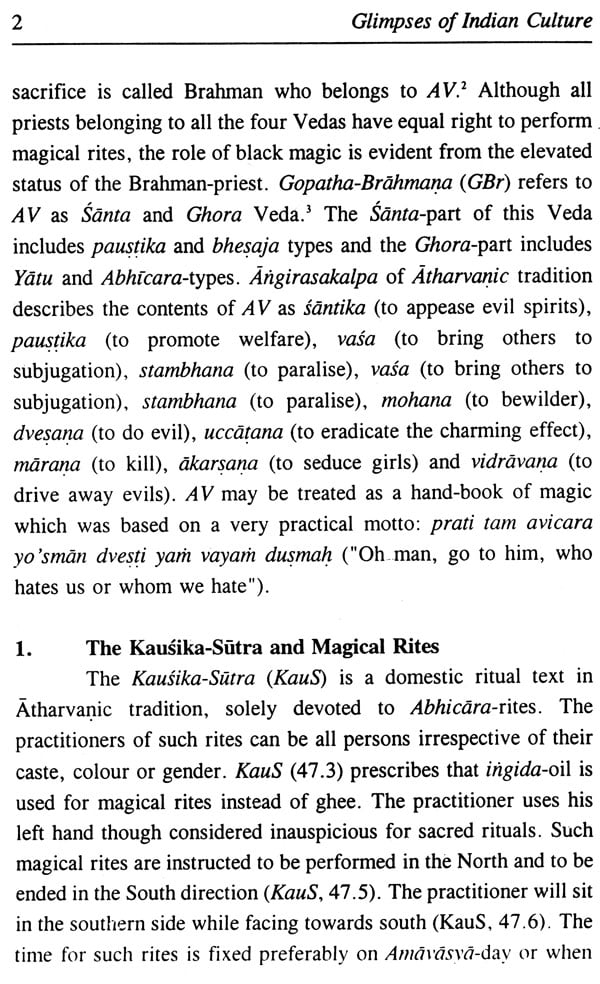 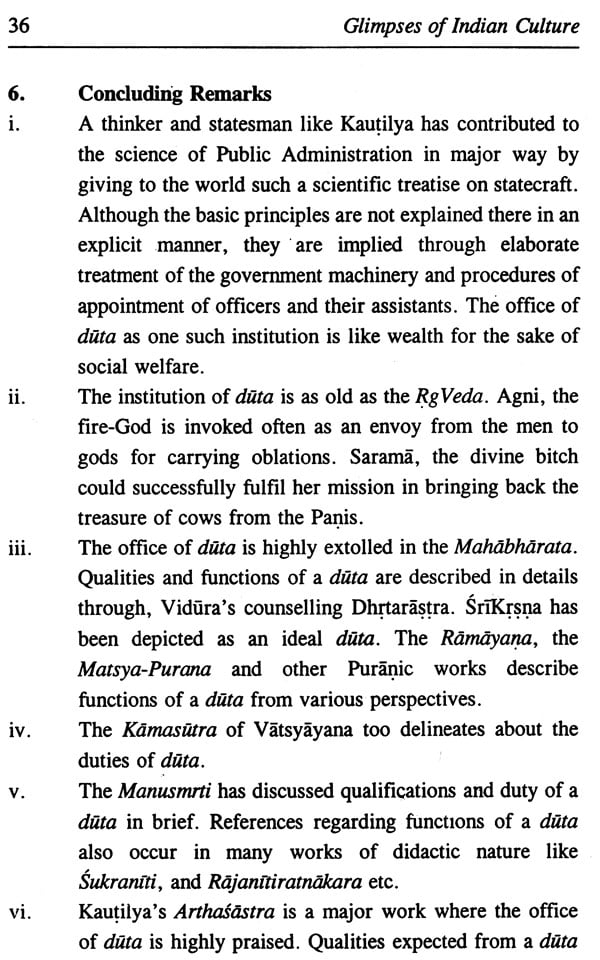 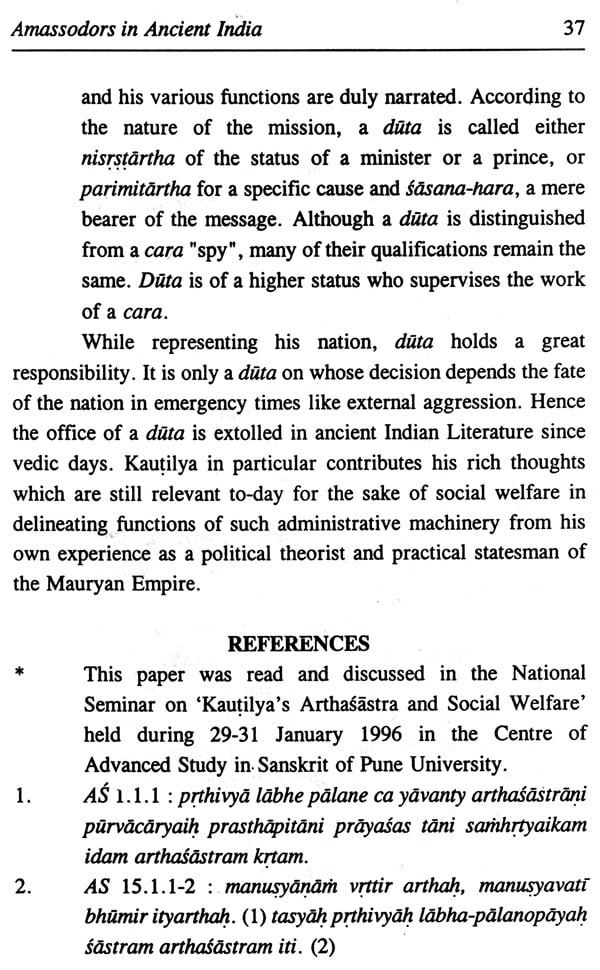 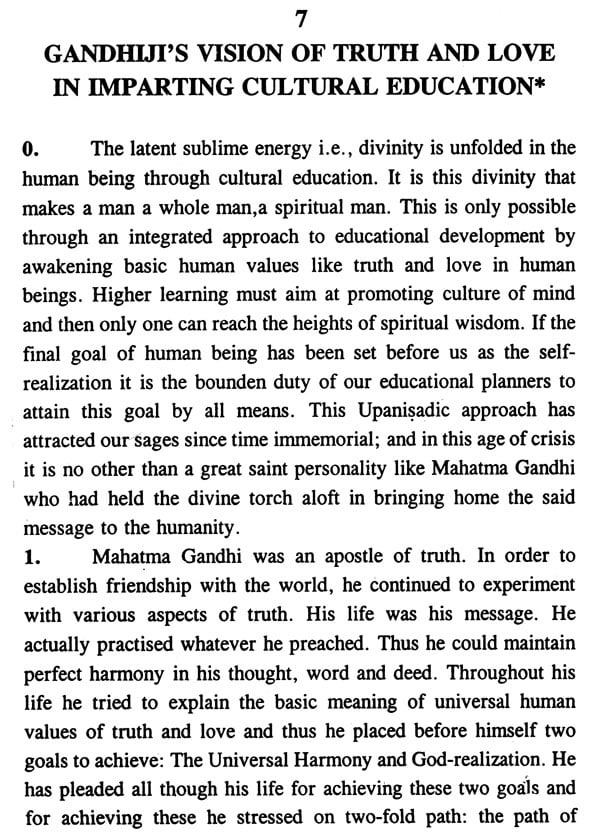 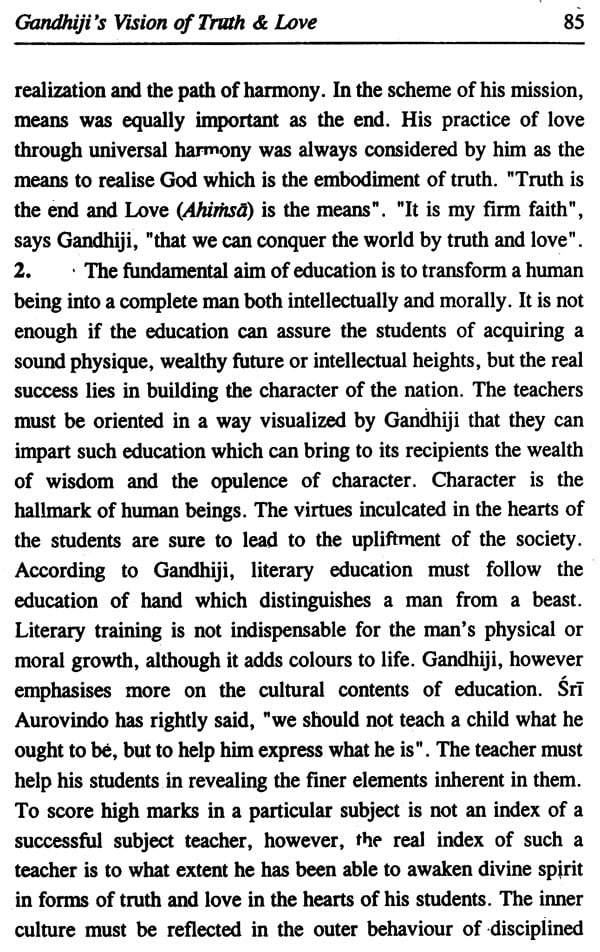 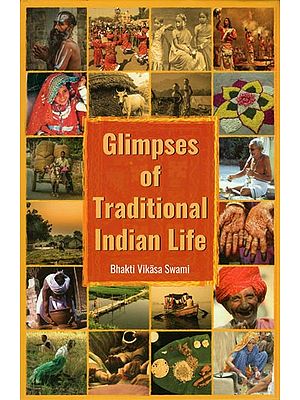 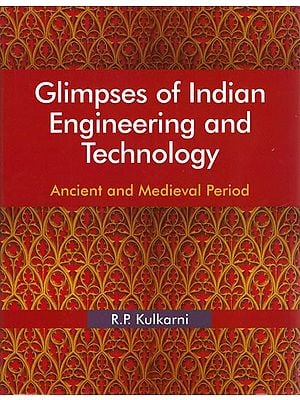 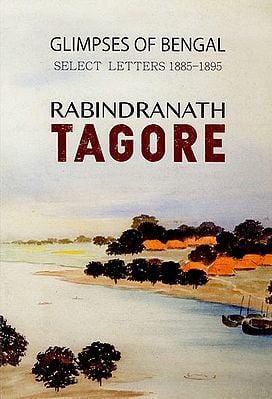 Glimpses of India (Some 5000 Years Ago): A Story of Rich Culture
By Rajesh Lal
$39
FREE Delivery 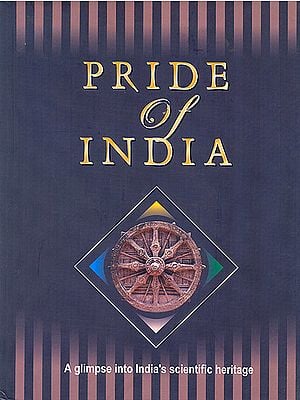 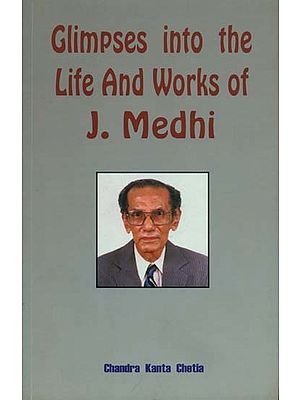 Glimpses into The Life and Works of J. Medhi
By Chandra kanta chetia
$11 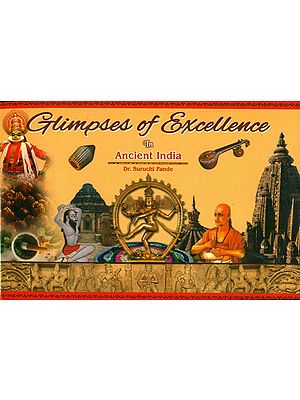 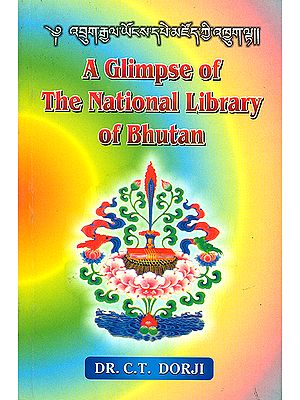 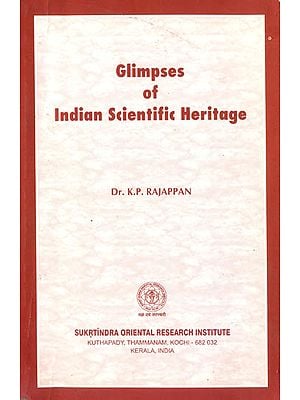 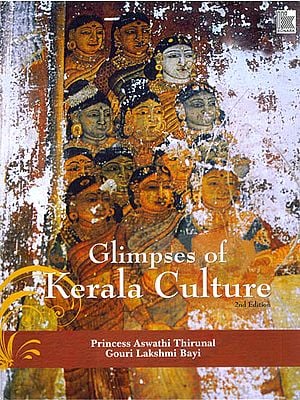 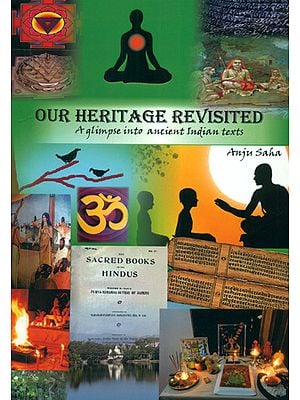 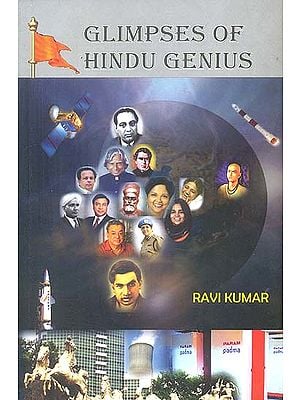