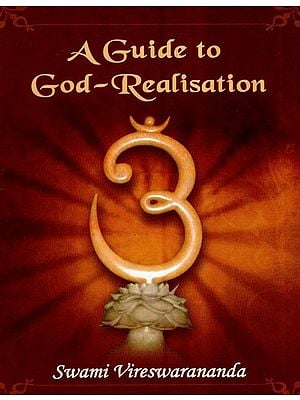 A Guide to God - Realisation

Swami Vireswarananda, the tenth Tresident of the Ramakrishna Order, has delineated in a lucid and concise style the various aspects of spiritual life and the way to realise God. This booklet will inspire both the novice and the advanced spiritual seekers.

Most Revered Swami Vireswarananda Maharaj was the tenth President of the Ramakrishna Order from 1966 to 1985. An initiated disciple of Holy Mother Sri Sarada Devi, Revered Maharaj had the rare privilege of meeting and living with nine direct disciples Sri Ramakrishna. True to his pre-monastic name-Prabhu [Panduranga Prabhu], Revered Maharaj was a genuine leader, a visionary and an administrator par excellence attesting to the words of Swami Brahmananda, who blessed him with the words: "I shall make a real Prabhu' (master) of you!" A perfect embodiment of Swami Vivekananda's ideal of 'work is worship', Revered Maharaj was a dynamo of spirituality and scriptural learning. He translated into English many Sanskrit scriptures including the gloss of Sridhara Swami on the Bhagavad Gita and commentaries of Sri Shankara and Sri Ramanuja on the Brahma Sutras. Through his own inspiring life and teachings, he transformed the lives of innumerable monks and devotees.

Revered Maharaj gave a talk on spiritual life and way to realise God on 15 August 1975 at the Ramakrishna Mission Ashrama, Guwahati. The transcription of the talk was later published in two parts under the title ‘Iswar Darshaner Upay' in Udbodhan, the Bengali monthly magazine of the Order, and later as a booklet by the Udbodhan Office, Kolkata.

This booklet is the English version of the Bengali booklet. Swami Baneshananda, head of Vedanta Gesellschaft, Germany, has been kind enough to translate the Bengali booklet into English. Br. Biswajit of our Math has helped in the translation and has also given headings to different sections of the text for better readability.

May the Holy Trio bless all those who were associated in the preparation of this booklet.

We hope this booklet will inspire and motivate many spiritual seekers to strive for a great transformation in their spiritual lives and finally attain God. 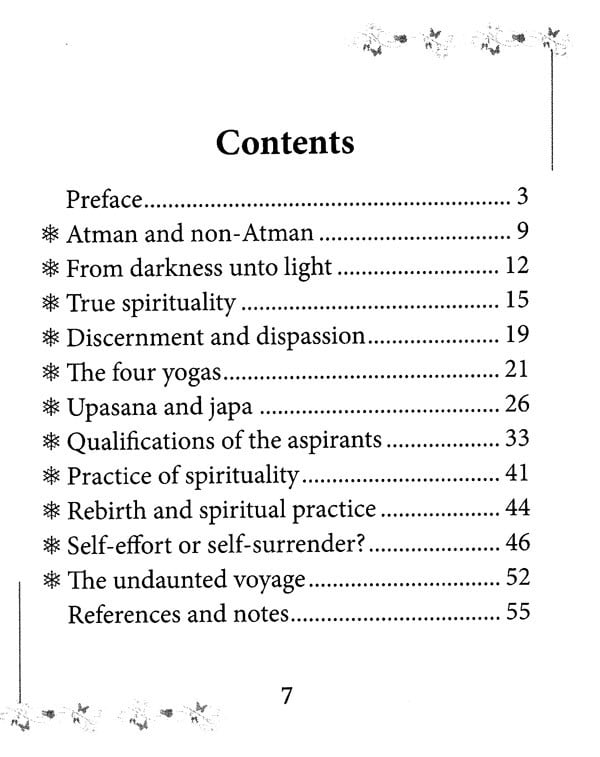 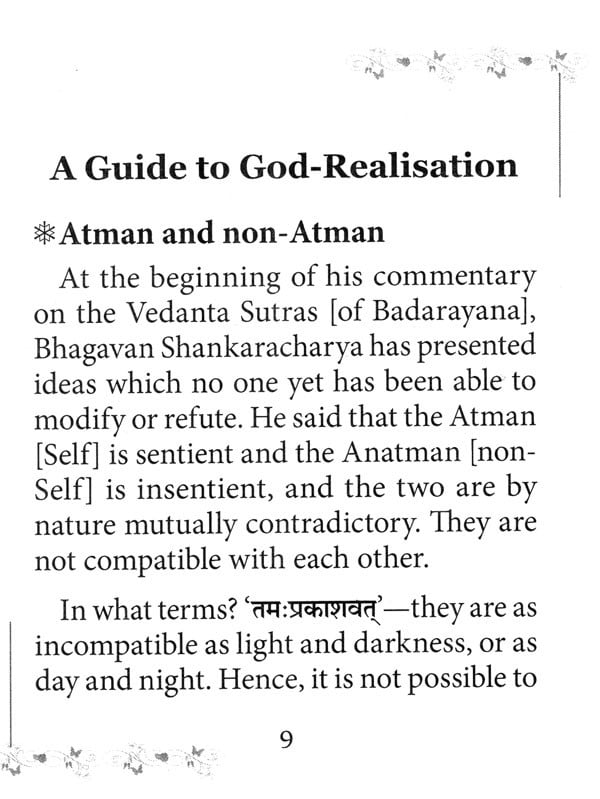 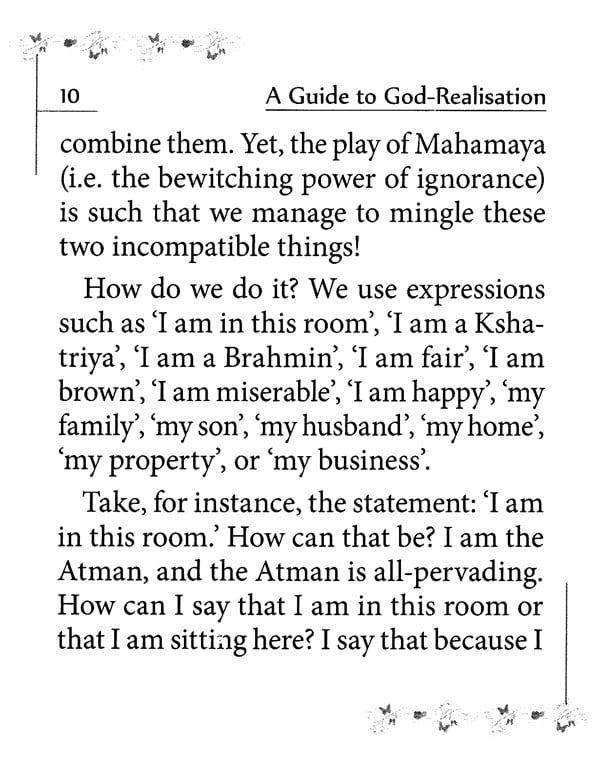 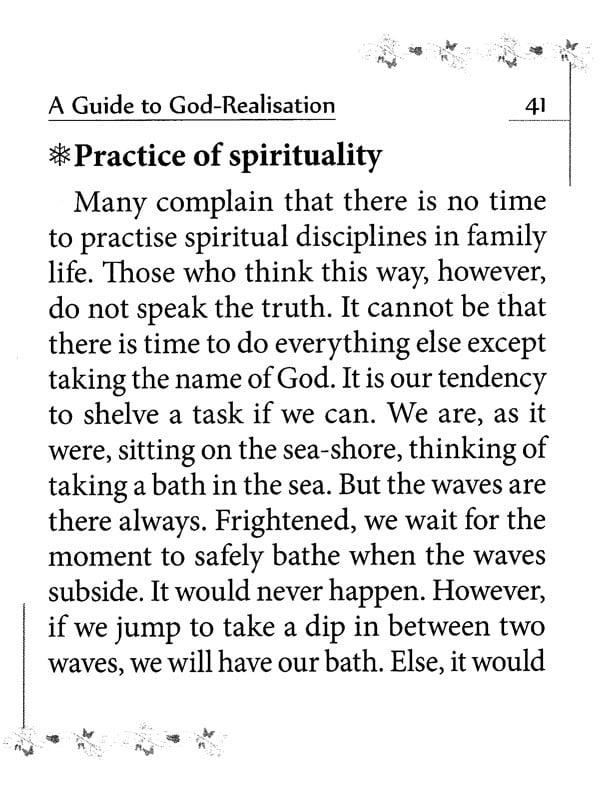 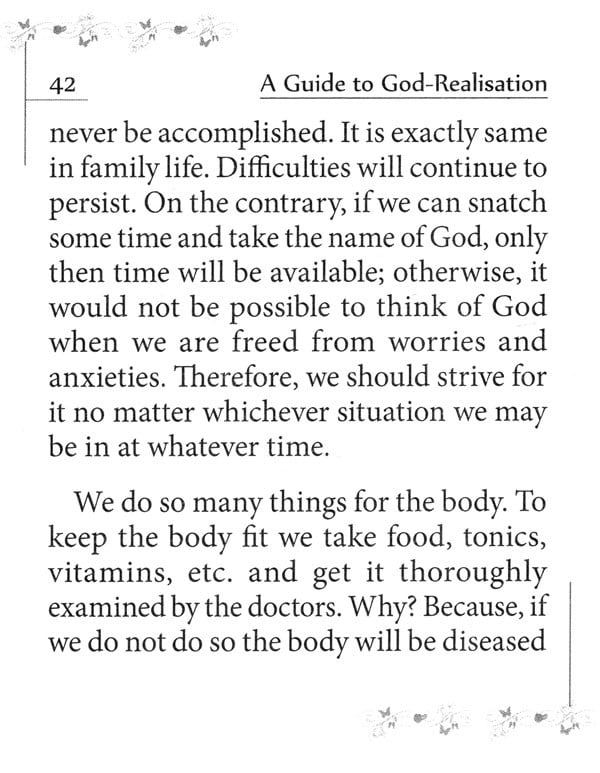