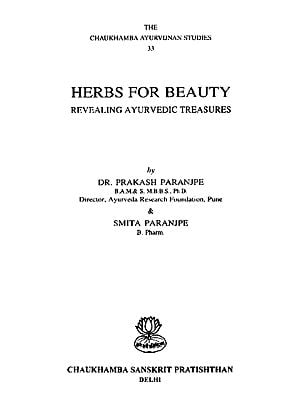 Ayurveda looks at health in a broad perspective including well-beingness of the body, mind and spirit. It views every individual as a distinct entity. The care designed for a particular individual becomes entirely specific and selective. Therefore, appropriate choice of the herbs for a peculiar condition, can be done only When the basic understanding of principles of Ayurveda and the properties of the herbs in Ayurvedic view are appreciated.

an worldwide has now realised the limitations of the synthetic preparation and is in search of safe and effective answers. Nature, an abundant source of herbs has so much to offer to mankind. India with its rich heritage of herbs along with the insight of their properties, traditionally handed over by ancient Rishis through Ayurveda, should certainly be relived.

This book is a small but sincere step in that direction.

We are indeed thankful to Prof. Jyotir itra, a noted senior scholar of Ayurveda, for writing the foreword for this book.

The aforesaid exposition of beauty is verily par excellence. An abode of beauty is body (sarira) and it is interlinked with life (ayus) and the same is combination of body, sense organs, mind and soul or spirit. And philosophically it is a resting place of enjoyment (bhogayatanam sariram). Happiness or positive health (sukha) depends, upon the balanced utilisation of mental faculties and object of sense organs. In serene state, known as positive health, sensory organs grasp their objects with great satiation and it is accomplished when they are juxtaposed with mind. When a person indulges excessively with the organs of connation and consequently feels exhilaration then he justifies an epithet 'Bhogayatana to the body. The body is divided into six parts; two upper limbs, two lower limbs, head including neck and the trunk. These are again divided into subparts and among them a few are centre of attraction which include eyes, ears, face, lips, chin, cheek, face, mouth, teeth, tongue, neck, hair, hands, fingers, nails, breasts, navel, buttocks, thighs etc. During the puberty, they become distinct and lovely. A compact body is characterized by the symmetrical and well divided bones, well-knit joints and well-bound muscles and blood. An excellence of these parts pertains to Anthropometry. Ayurveda has admonished a number of herbs and regimens to be applied and followed respectively. To maintain and enhance the beauty of the parts of both the sexes, has been a summum bonum of ancient Indian Erotics (Kamasastra). Preparation and application wits mutatis mutandis have been borrowed from Ayurvedic classics.

The present work 'Herbs for Beauty' authored by Dr. Prakash Paranjpe and Smita Paranjpe is comprehensive work on Indian cosmetics. The senior author is well versed in both the sciences - Ayurveda and Modern medicine and the junior author is trained in preparations of medicines and her skill is laudable. The book is preceded by a succinct introduction with the comparison of man and the universe and the fundamental difference between Ayurveda & Modern medicine. The present monograph has been arranged into three sections. Section one comprises three chapters dealing successively with the History and Philosophy of Ayurveda, Fundamental Principles of Ayurveda and Health and Life style. Section Two is devoted to Materia Medica wherein 66 drugs have been chosen. Introducing them, they are captioned with introduction, parts to be used, Ayurvedic properties, rejuvenating properties and external uses. This section is initiated with the fundamentals of drug which elucidate the concepts of Rasa, Gulp, Virya, Vipaka and Prabhava. The material of this section is annexed in one chapter which becomes fourth in number. Section Three projects Care of Body Parts and it is confined into fifth chapter. This part of the book is very lucid, luculent and charming. Beauty is solely based on the parts of the body. At a glance, smoothy & fair complexion of the skin, dark blackness of hair apprise of the beauty of the person and is meant accomplished when the organs of cognition and conation are aesthetically attractive, lovely and charming. Authors have taken great pains giving the physiology (from both the stand points) of these parts and their proper care with the herbal preparations.

Beauty is not merely confined in body and organs (both congnitive and conative) but in mind also. Since the whole base of the work is Ayurvedic, authors have not hesitated in including the History and Philosophy of Ayurveda. Ayurveda has been nurchered with the philosophical concepts of Indian Philosophy (mainly, Nyaya, Vaisesika, Sankhya and Yoga). Nyaya and Vaisesika have defined the body (sarira) in their own way. According to former, body is the vehicle of actions, sense organs and objects (Cestendriyarthasrayah sariram, 1.1.11 while it is abode of the enjoyment of the senses (Bhogayatanam sariram. Whole activities of the senses are controlled. Sattva, Rajas and Tamas are the three qualities of mind (manas). In the Agnipurana (270.13), God has been eulozised to promote the health to senses and mind along with wisdom (buddhisvasthyam manas svasthyam svasthyarn aindriyakam tatha). Now a days, in a global beauty contests, the aspirant has to go under these parameters. In premordial nature (prakrti) is an equilibrium of Sattva (essence), Rajas (motion) and Tamas (inertia) and they represent creative, protective and destructive potentials and they play vital role in formation of personality of the individual. Tridosas are outcome of five Mahabhutas and the whole universe is made of it. Since the body is formation of Dosa, Dhatu & Mala and that is why these three factors (including seven body tissues and three main body excreta) have been elaborately explained. Organism of the body is scientifically defined. Under the health of hygiene, daily regimen (dinacarya) and seasonal regimen (rtucarya) along with dietetics are also discussed. Biopurification through Pancakarma (emesis, purgation, enema, nasal insufflation and blood-letting) is dealt with in order to eliminate the vitiated dosas lying in the channels. Pancakarma is preceded by oleation and sudation and followed by Rasayan therapy. An application of Rasayanas improves tissue nourishment and lastly rejuvenates the body resulting in longevity, improved mental power and immunity.

Ayurveda is the science of longevity. It is one of the most ancient medical sciences of the world. Vedas, the richest heritage of India, is the oldest recorded wisdom on the earth. Ayurveda is considered as the part of one of the four vedas-Atharvaveda. Its very basis is the spiritual knowledge of the ancient sages (rishis) of India and the cosmic consciousness in which they dwelt. The science has passed through the filters of thousands of years and the experience of millions of patients. The strength of Ayurveda lies in its broad, all-encompassing view of the dynamic interrelationship between the man and his environment. Ayurveda thinks, views and treats man as a whole, than treating his just the disease. Mere comparative study of Ayurveda and contemporary western modern medical sciences will be dismal. The transcultural enrichment will be possible only when the Ayurvedic concepts are properly interpreted in the light of modern science.

One has to understand the basic distinctions between Ayurveda and western medicine, that Ayurveda is an experiencial as contrast to estern one, which is an experimental science. Ayurveda is function oriented, whereas modern medicine is structure oriented. One has holistic or totalistic approach, whereas the other is analytical in its approach. Ayurveda looks at the whole organism as a total indivisible being, which has to function as a whole to exist as a whole. Moreover, it stresses its accordance with the nature or the environment in which it exists. Ayurveda recognizes the importance of physical balance, emotional release, mental health, environmental mindfulness and spiritual progression in the total health picture.

Ayurveda considers that man is the miniature of the universe. The individual living being is just the fraction of the whole, which can not exist in isolation. Both maintain their existential continuum. Algurveda is based on the laws of nature. The changes in the environment viz. climate, seasonal variations, diurnal changes etc. do reflect human being. When there is imbalance in the organism due to changes, Ayurveda achieves the equilibrium with the help of s from the nature itself, which are homogenous.

Apart from providing a comprehensive system of curative medicine for treating the sick in holistic approach, Ayurveda equally emphasises on preventive and promotive approaches on the healthy individual also. Panchakarma' (five procedures) is an unique approach of biopurification of this science. The five procedures viz. vaman (emesis), virechana (purgation), basti (enema), nasya (nasal administration) and raktamokshana (blood-letting) are performed as preventive as well as curative measures. Rasayana (rejuvenation) and vajikarana' (virilisation) is one of the eight clinical specialities of classical Ayurveda.The science of 'marma' (vital points) is the evidence of the detailed knowledge of human anatomy, since ages. Yoga and meditation are the accessories of Ayurveda to treat the individual in all the three dimensions viz. body, mind and spirit. The holistic approach of Ayurveda in true sense is the soul of Ayurveda.

In Ayurvedic perspective, health is the base and beauty is the apex of the pyramid. In order to invoke the natural beauty, the first step to achieve sound health is mandatory. For example, the patient of acre vulgaris (pimples) showing signs of aggravated Pitta, should be advised for purgation (virechana) first. Without that, mere facial manipulations will not be rational. In day to day practice, hasty demanos for beauty, many a times, tend to deviate the physicians and the basic prerequisites for the health remain untreated. To achieve excelleant results, first one has to take care of health in holistic approach. Beauty follows it smoothly. As beauty is the essence of good health. 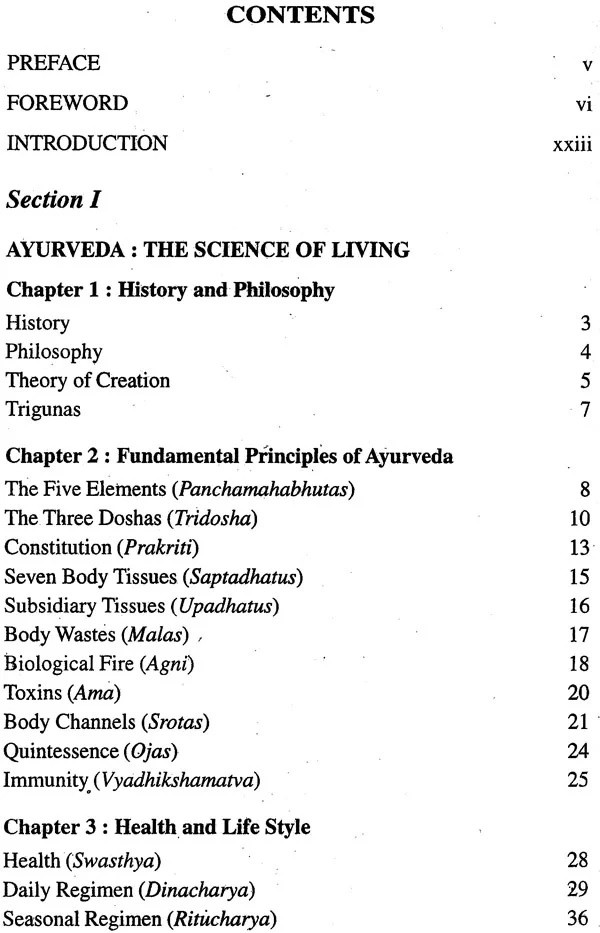 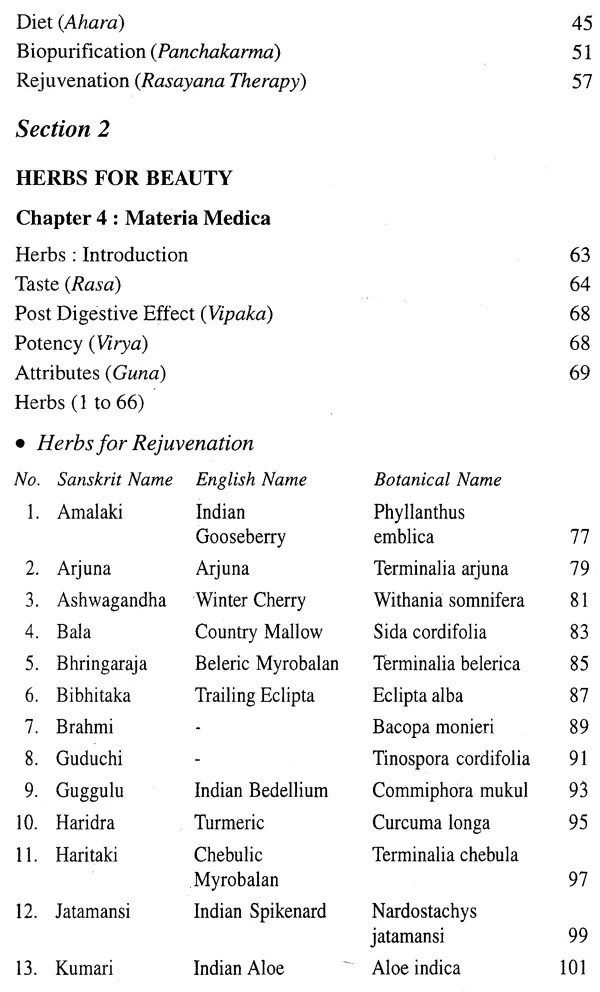 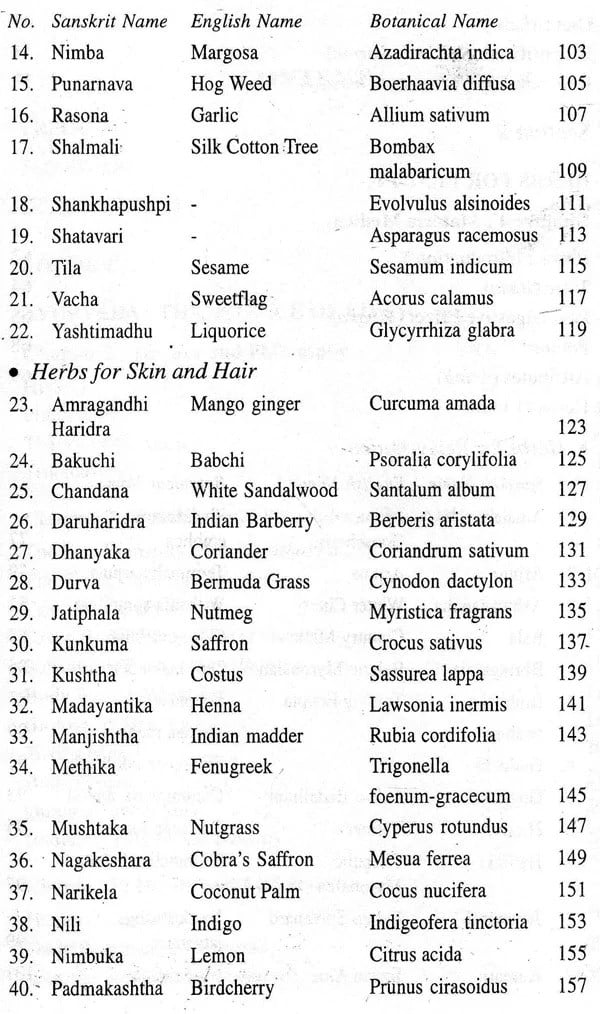 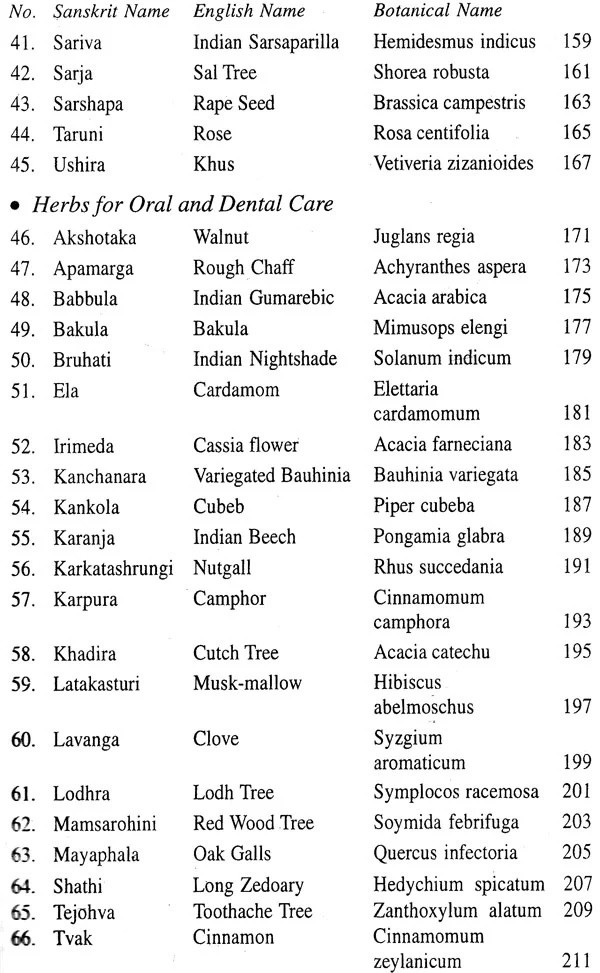 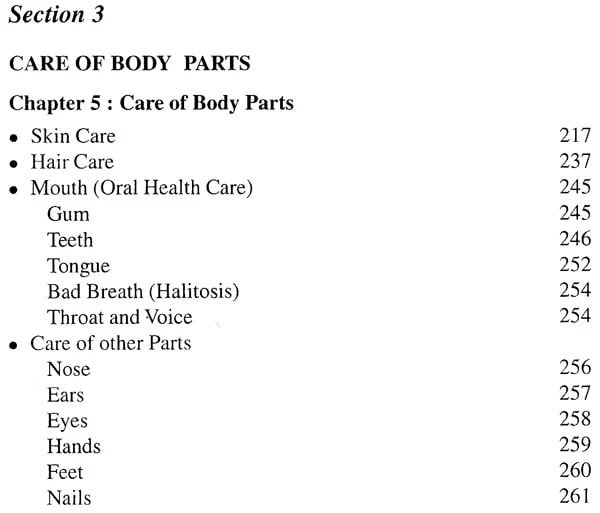 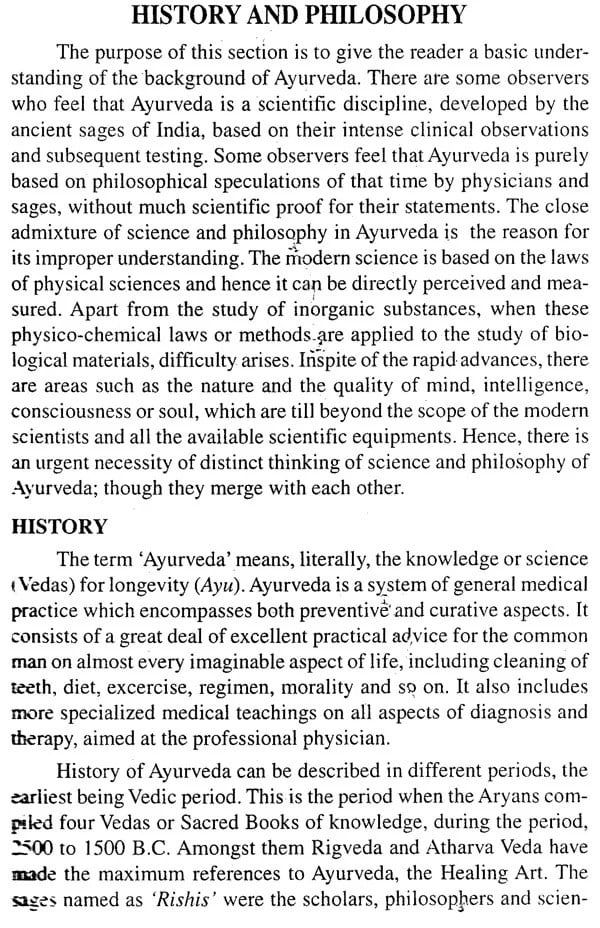 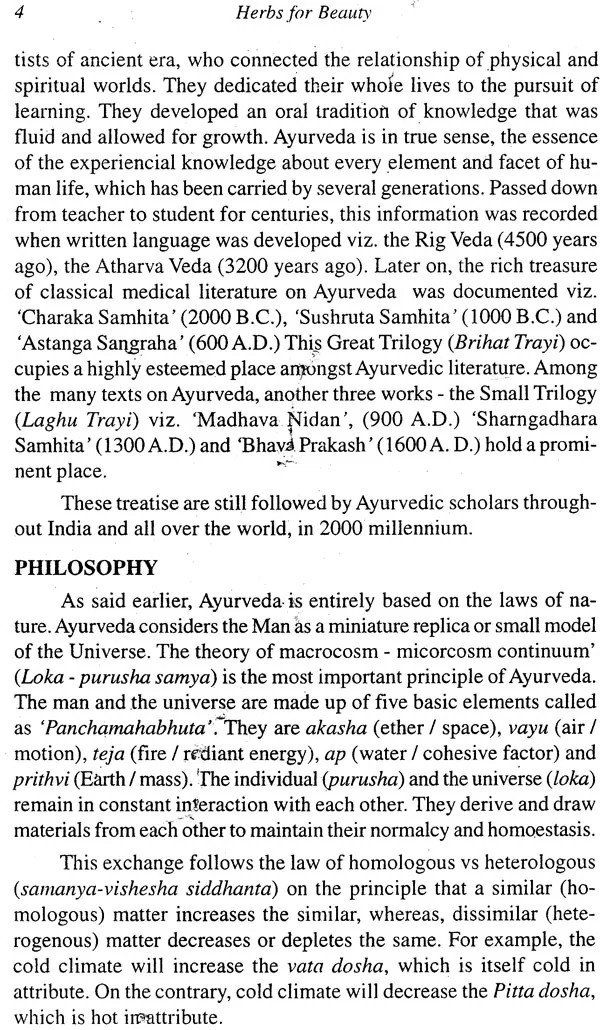 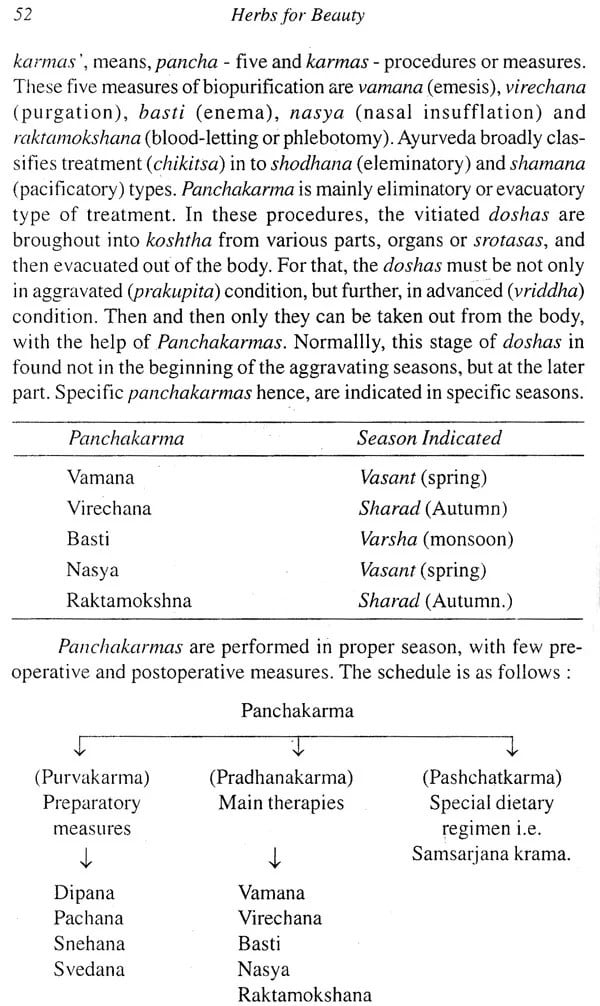 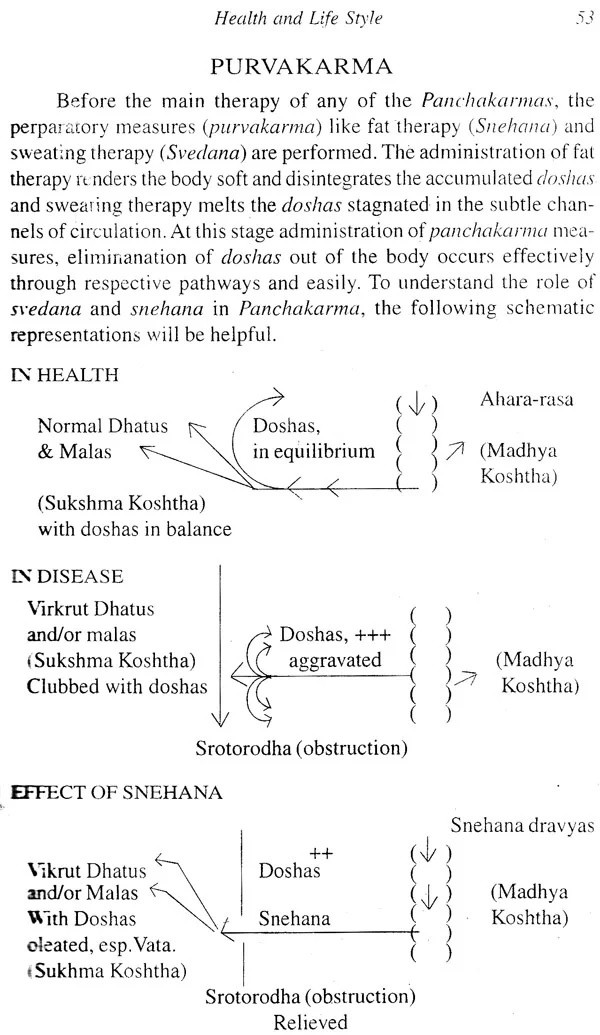 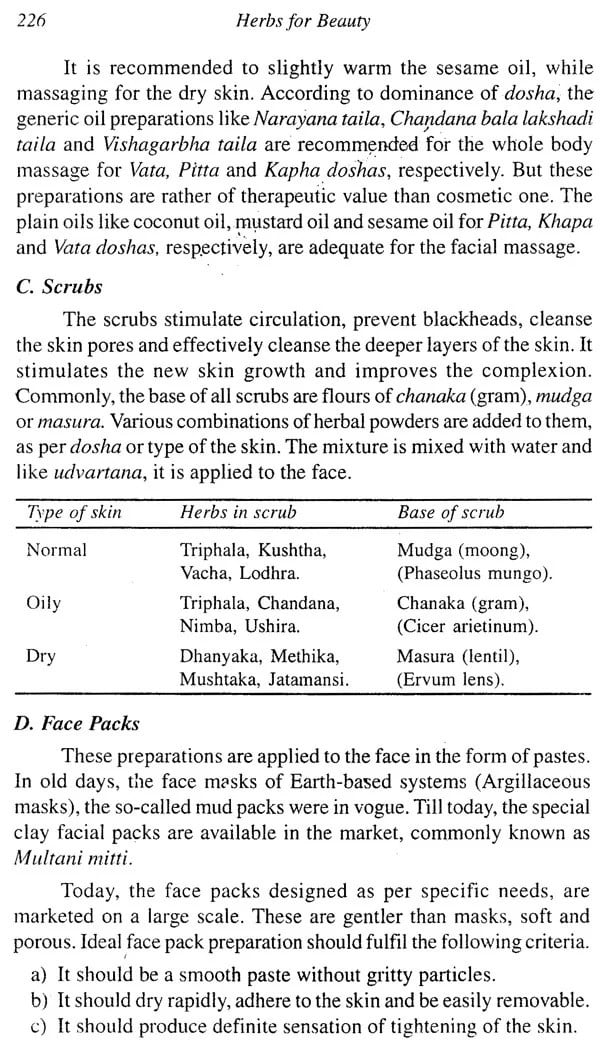 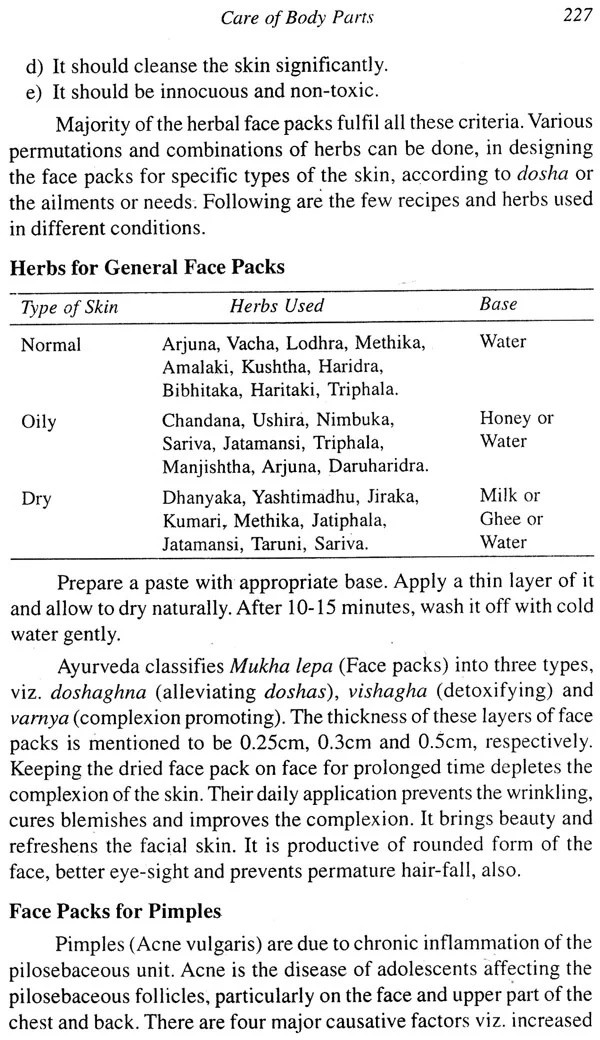