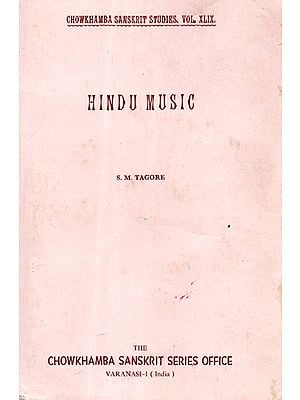 FREE Delivery
$30
Quantity
Ships in 1-3 days
Notify me when this item is available
Preface
A general view of the plan and contents of the work. A TREATISE on the Music of Hindoostan is a desideratum which has not yet been supplied. Although several eminent Orientalists have endeavoured to penetrate this elegant branch of Indian science, scarcely any part of it has been elucidated or rendered familiar to Europeans. It is this chasm which I have endeavoured to fill; how far I have succeeded in an undertaking so difficult (for reasons which shall presently appear), it is for the public to determine.

It is impossible to convey an accurate idea of music by words or written language; that is, the various degrees of acuteness or gravity of sounds, together with the precise quantity of the duration of each, cannot be expressed by common language, so as to be of any use to performers, and as the musical characters now in use, which alone can express music in the manner that could be desired, is a modern invention, of course all attempts to define music anterior to the invention of this elegant and concise method must have necessarily proved abortive.

How far the ancient philosophers of this country advanced towards the perfection of this science will appear in the course of this work; but as they were some-thing similar to the awkward attempts made in Europe previous to the invention of the system now in use, they were insufficient for practice. The musical scale, invented by Magister Franco, and the time table, were both known here, and it only required a trifling degree of ingenuity to connect the one with the other, so that one individual character might instantly express both. This step was wanting, and it is this which has rendered all their treatises on music an unintelligible and almost useless jargon.

During the earlier ages of Hindoostan, music was cultivated by philosophers and men eminent for polite literature, for whom such general directions and rules for composition sufficed, after a course of musical education acquired from living tutors ; indeed, the abhorrence of innovation, and veneration for the established national music, which was firmly believed to be of divine origin, precluded the necessity of any other ; bat when, from the theory of music, a. defection took place of its practice, and men of learning confined themselves exclusively to the former, while; the latter branch was abandoned entirely to the illiterate, all attempts to elucidate music from rules laid down in books, a science incapable of explanation by mere words, became idle. This is the reason why even so able and eminent an Orientalist as Sir William Jones has failed. Books alone are insufficient for this purpose-we must endeavour to procure solutions from living professors, of whom there are several, although grossly illiterate. This method, although very laborious, and even precarious, seems to be the only one by which any advance can be made in so abstruse an undertaking. Should the public consider this work as at all conducive to the end to which it achieves to aspire, it is the intention of the author to lay before them specimens of original Rags and Raginees, set to music, accompanied with short notices, which will serve to elucidate the facts advanced in this volume.

The causes which induced a defection of the theory from the practice of music in Hindoostan will be developed in the course of the work, and it is sufficient here to notice that such a defection has actually taken place, and that a search for one versed both in the theory and practice of Indian music would perhaps prove as fruit-less as that after the philosopher's stone. The Similitude will hold still further if we take the trouble to second our search with due caution, for there are many reputed Kemiagurs in this country, all of whom prove themselves to possess no more knowledge of the auriferous art, than the reader can himself possibly be possessed of A taste for the classics is imbided by us from our school education.

Introduction
ALL arts and sciences have undoubtedly had very trivial and obscure beginnings, and the accounts given by historians of their inventors are generally to be considered as fabulous ; for they certainly are the gradual productions of several, wrought up into a system after the lapse of considerable time and the confirmation of a variety of experiments, is always gradual in her productions, and the length of time required to bring anything to perfection is in pro-portion to the quality of that thing. The stately but tree takes ages to develop its majesty, while the insignificant mushroom springs up in a few hours. With the human mind, it is observed to be the same as with other productions of nature ; time and culture improve it, and the more the adventitious circumstances surrounding it are favorable, the more it flourishes.

“The invention of great arts and sciences have amongst all nations of antiquity been attributed' to deities or men actuated by divine inspiration, except by the Hebrews, the only nation upon earth who had the knowledge of the true God. Indeed, there is an awe with which men of great minds, particularly such as exercise them for the benefit of mankind inspire us, that it is no wonder they were regarded by the ancients as beings of a superior order." Men of limited command have it not in their power to diffuse their benevolence to an extensive circle; but when princes, or great statesmen and able generals, condescend to employ their leisure in works which are conducive to the benefit, or alleviation of the cares, of society, they evince the natural goodness of their hearts, they gain the particular esteem of the people over whom they exercise control, and are regarded as men of a superior order.

All philologers are agreed, that music is anterior to language. Dr. Burney* says, “Vocal music is of such high antiquity, that its origin seems to have been coeval with mankind; at least the lengthened tones of pleasure and pain, of joy and affection, must long have preceded every other language, and music. The voice of passion wants but few articulations, and must have been nearly the same in all human creatures, differing only in gravity or acuteness according to age, sex, and organization, till the invention of words by particular convention in different societies, weakened, and by degrees rendered it unintelligible. 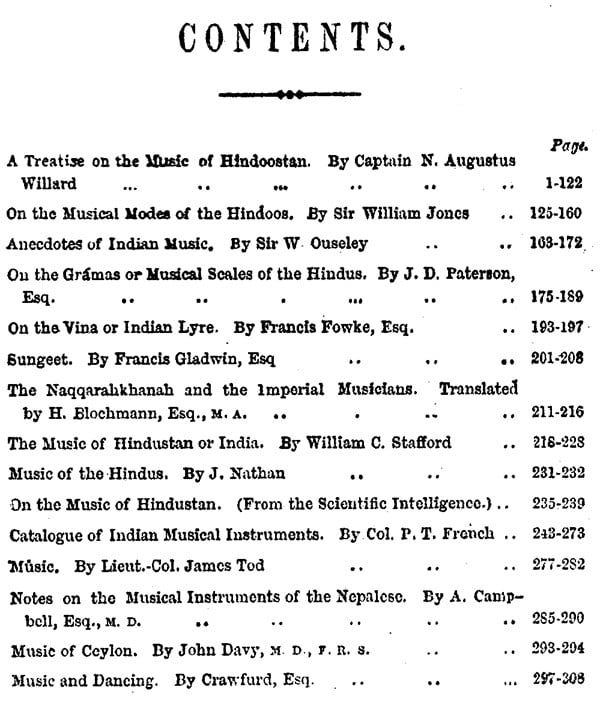 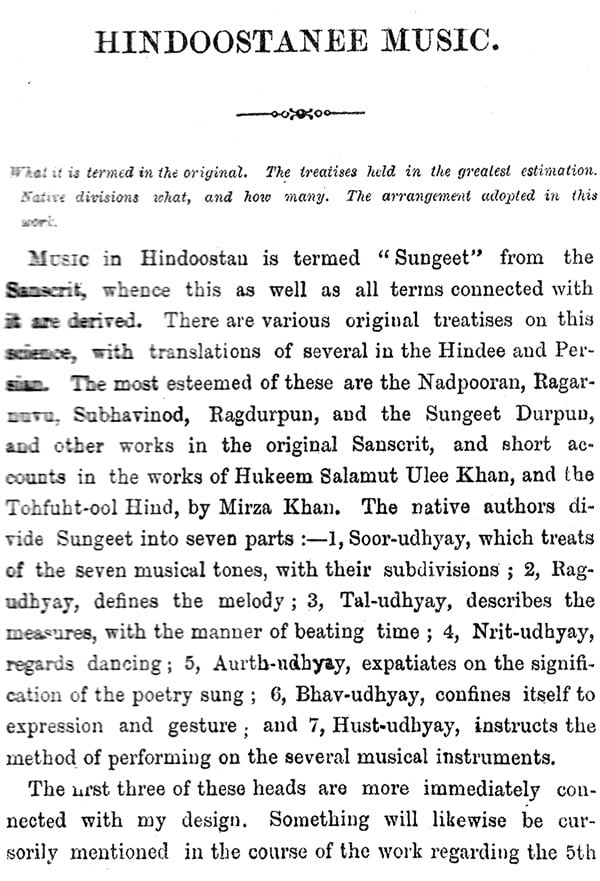 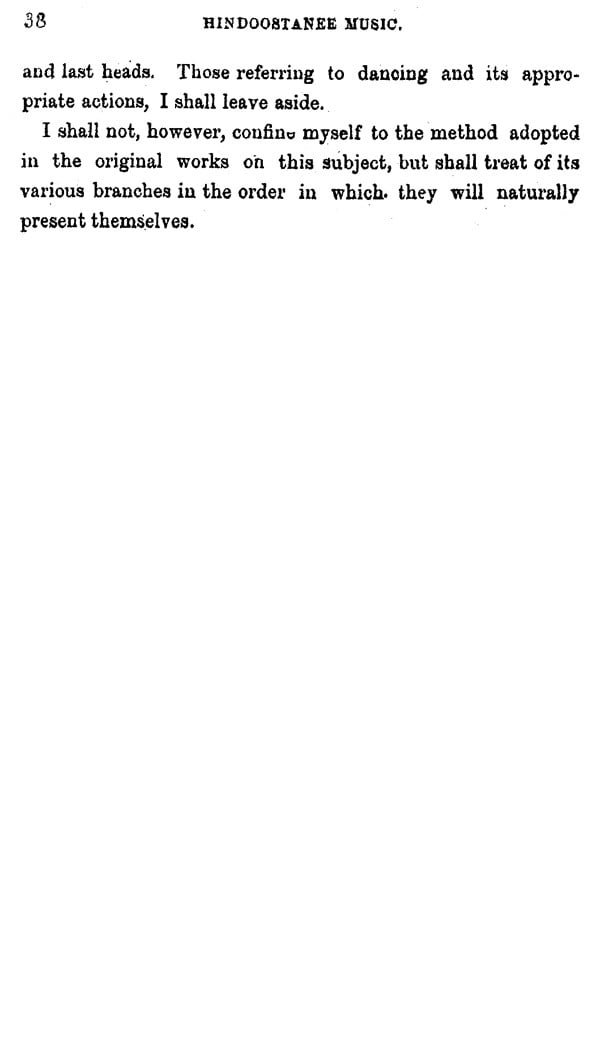 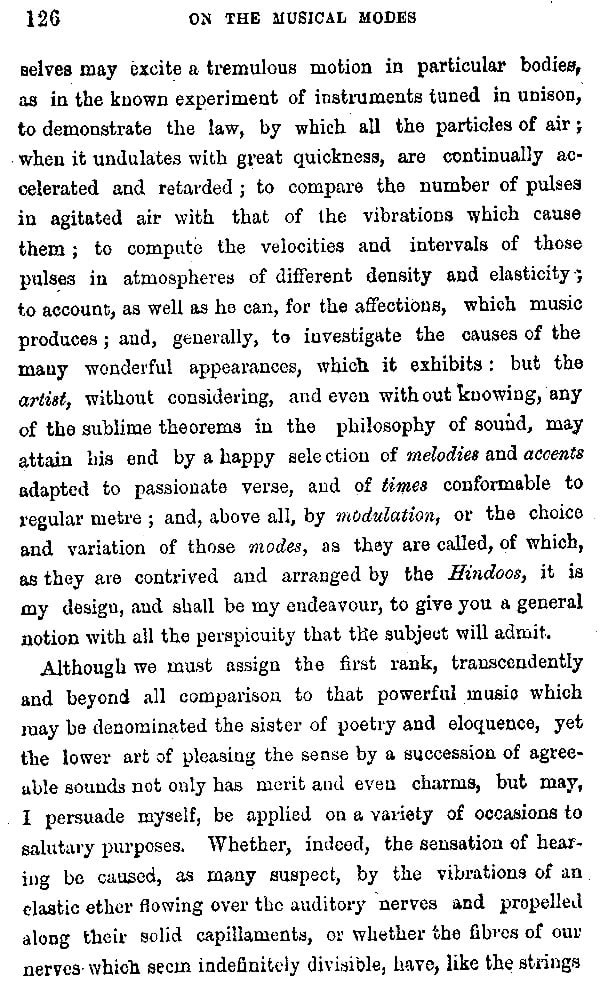 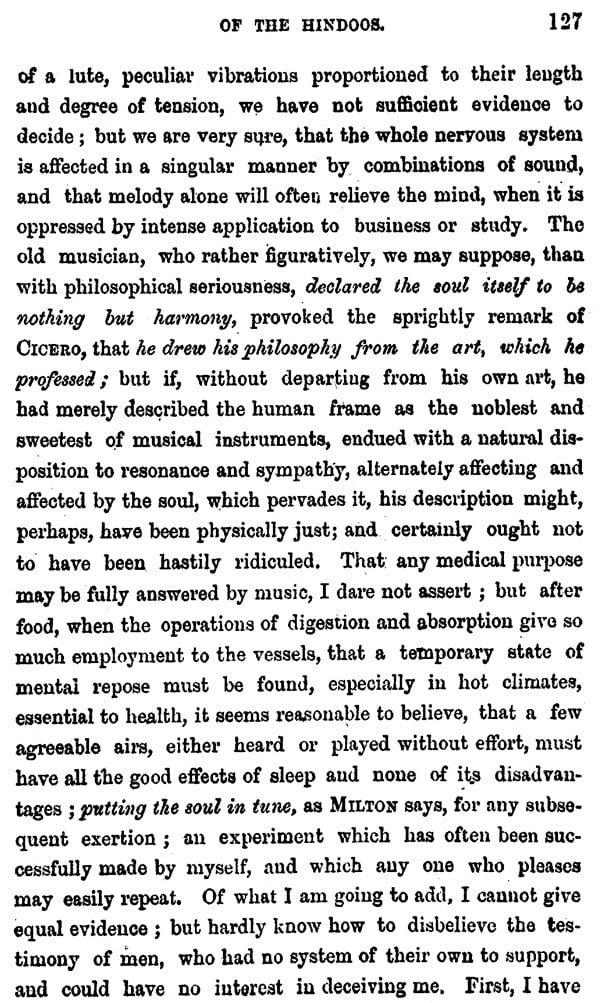 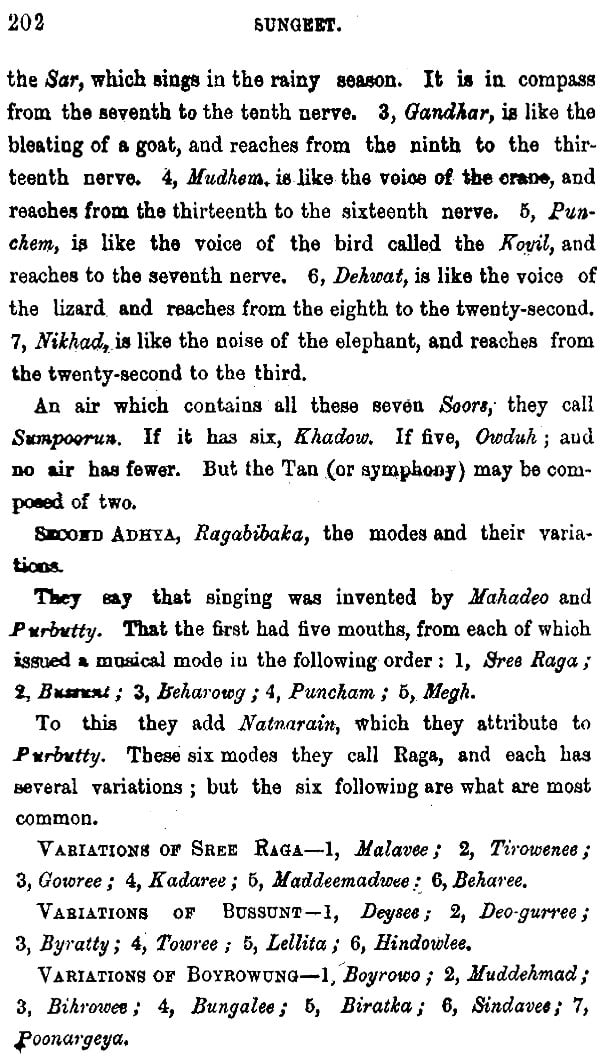 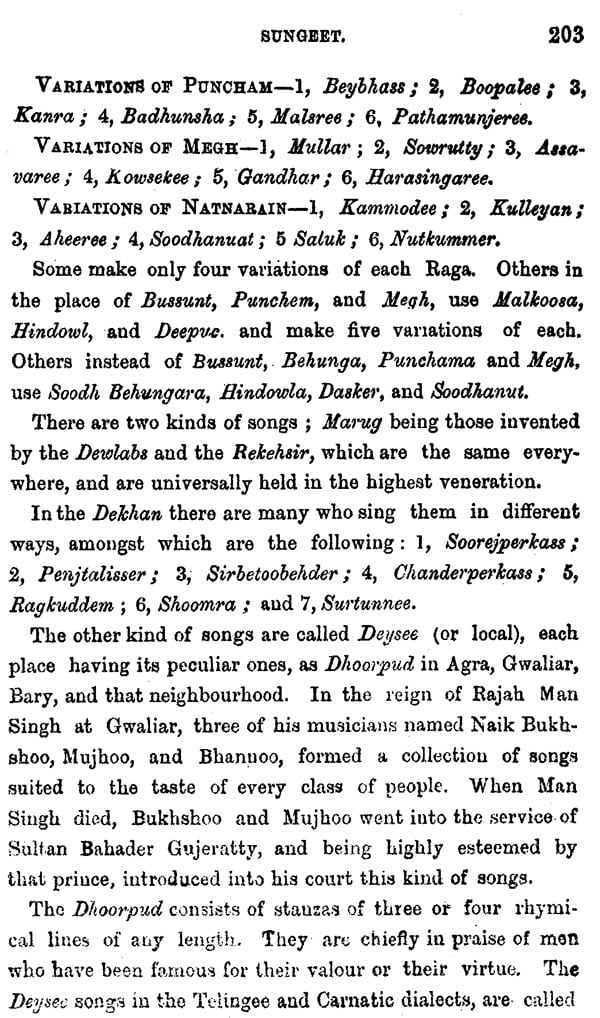 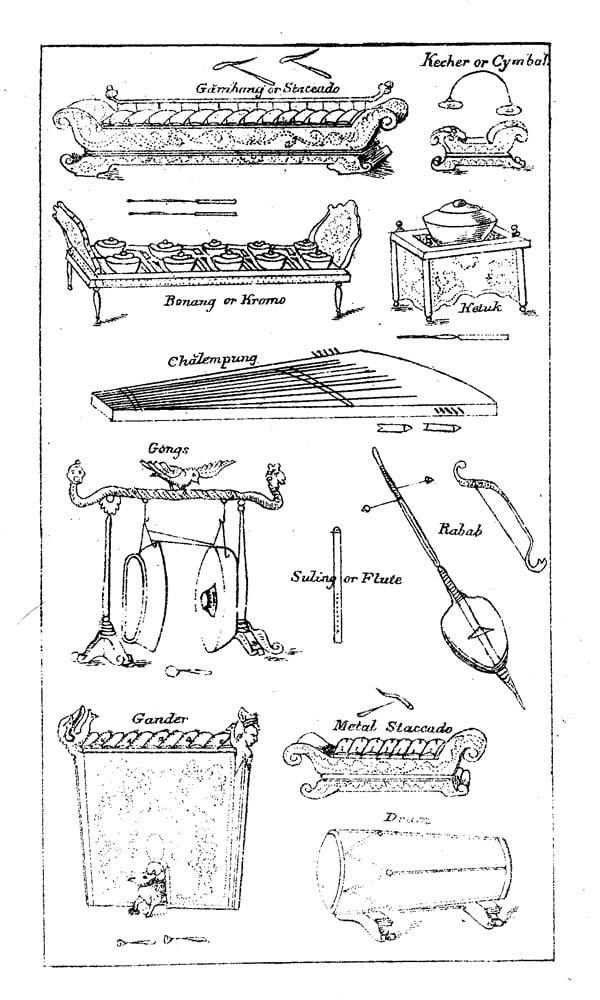 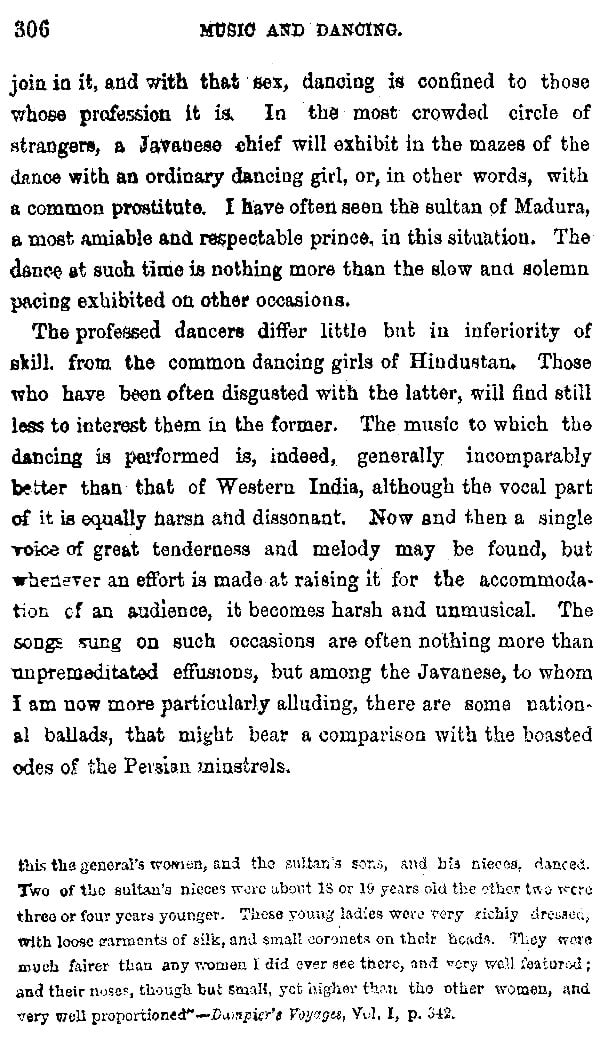 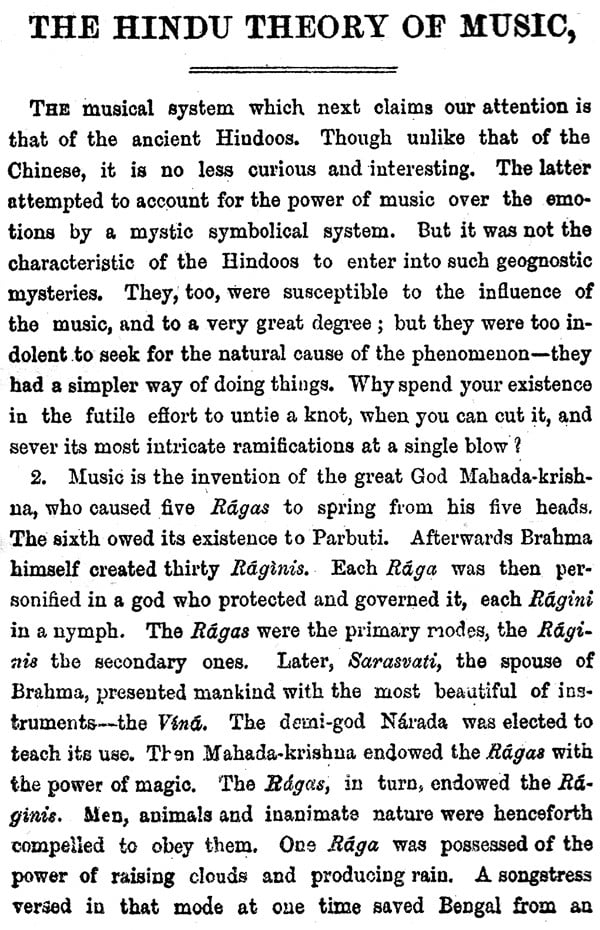 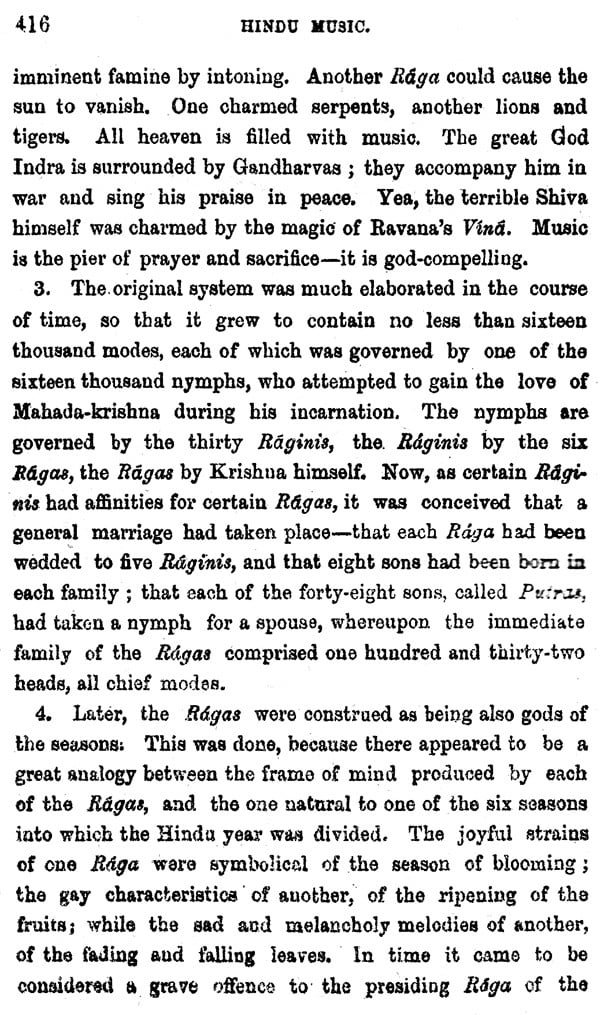