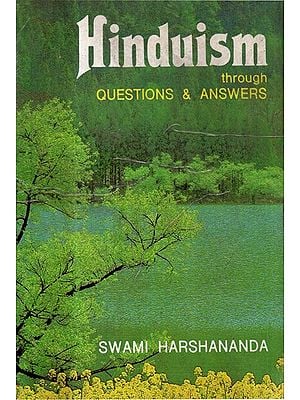 Hinduism Through Question and Answer

$12
Quantity
Ships in 1-3 days
Notify me when this item is available
About the Book
Hindus and Hinduism have come in for a good measure of criticism from several quarters, particularly from those who swear by one book, one prophet and one doctrine.

By and large the many votaries of Hinduism have withstood this attack for unremembered centuries. The Hindu religion, the Hindu value-system and the Hindu heritage with its bewildering variety of expression is still a living force. What gives strength and vitality to this ancient way of life is not the authority of a single book or a single prophet but of many books and many sages. It has demonstrated a capacity to absorb into itself new ideas without altering the essence of its philosophy or the flavour of its religious practices, art and literary forms. Above all, Hinduism has promoted an attitude to life which permits and even encourages variety. It has sought unity in a diversity of cultural expression.

Hinduism is India's contribution to the heritage of mankind. It originated and evolved in a sub-continent richly endowed by Nature with rivers and mountains, fertile plains and forests. Many races have battled on this land and finally blended; many ideas have clashed and synthesized; many kings and kingdoms sprouted to blossom into great centers of power and ultimately disappeared leaving behind monuments of sanctity and great beauty; many probed the secrets of life and death without the tools of science but through the adventures of the mind and spirit. They did all this in search of a central purpose which could give meaning to life and direct its infinite activities. The story of Hinduism is mainly the story of a people who were enchanted by the mystery of life and who ventured into the UNKNOWN. 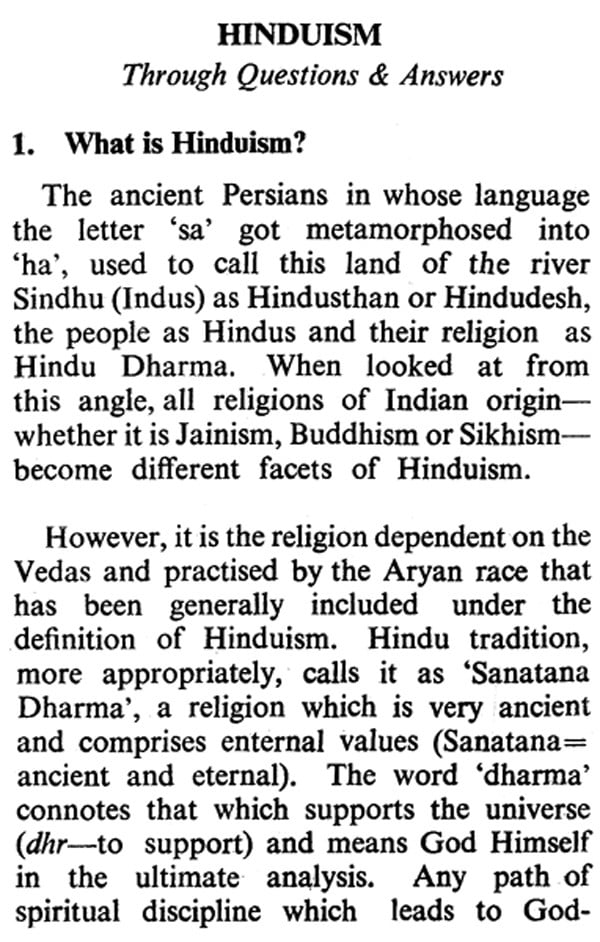 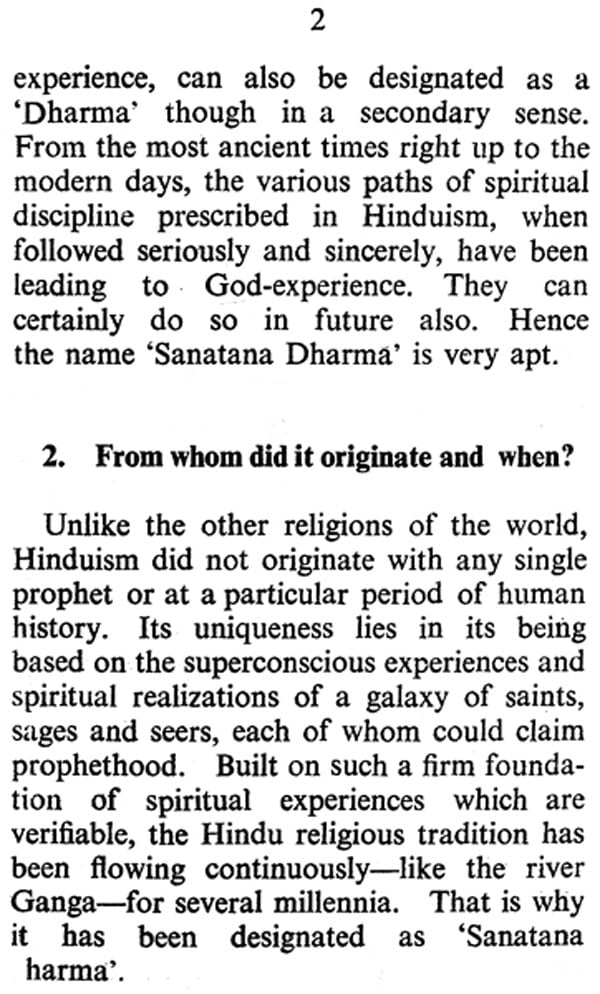 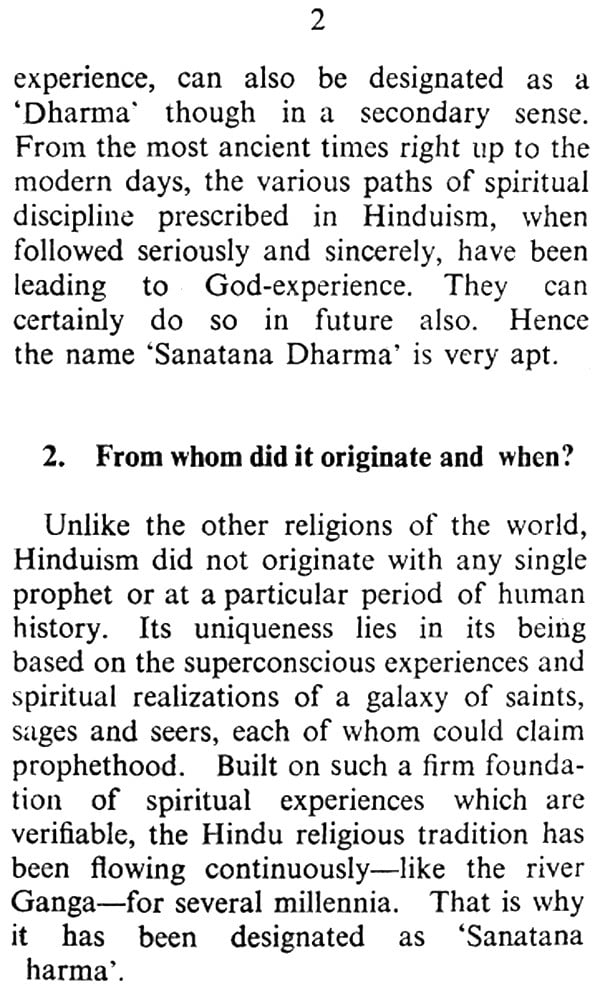