$30
Quantity
Notify me when this item is available

With a history spanning more’ than two and a half millennia and over 300 million adherents worldwide, Buddhism is one of humankind’s most interesting and populous religions. While a historical dictionary of Buddhism must consider the various periods, events, individuals, circumstances, texts, and concepts from which the history of Buddhism takes its shape, it must also consider the sacred sites in Buddhist geography, the festivals, rites, and rituals that configure Buddhist religious practice, the manifestation of Buddhist religiosity as witnessed in biography, art, and mythology, and the soteriological methods employed by Buddhists throughout their history.

This book provides a comprehensive framework for under- standing Buddhism as a historically compelling -religion. Because the study of Buddhism is a difficult task, including so many varied cultures, this volume seeks to assist the reader. by providing a carefully designed pronunciation guide to Buddhist canonical languages, an overview of the Buddhist scriptures preserved in Pali, Chinese, and Tibetan, a chronology of Buddhist history and an extensive introduction to the history, doctrine, and community life of the religion. With an extremely comprehensive, topically organized bibliography, perhaps the `most extensive of any book on Buddhism that not solely a Bibliography.

This new series of Historical Dictionaries of Religions, Philosophies, and Movements will eventually cover all of the world’s major religions. It is thus fitting that the first volume should be devoted to Buddhism, one of the oldest and also one that deserves to be much better known in the West. It is increasingly gaining converts, and many aspects of it have become familiar (if not necessarily well understood) beyond its original homeland. That makes this book particularly important and also particularly difficult to write, for the author must convey beliefs and concepts that arose in other cultures and were first expressed in other languages.

That task has been accomplished admirably by Charles S. Prebish, himself a Westerner who is thoroughly conversant with many aspects and currents of Buddhism. His personal field of research is early India, especially the monastic and sectarian tradition, but he has also studied Buddhism in other parts of Asia and in the United States. In fact, his book American Buddhism has already become a standard resource on the subject. He has written many other books, articles, and reviews as well, and is presently Associate Professor of Religious Studies at Pennsylvania State University.

In this historical dictionary, Dr. Prebish provides a comprehensive guide for interested readers and initiates alike, Much of this material is included in several hundred entries on significant persons, places, events, texts, doctrines, practices, institutions, and movements. This is inserted in the broader context of an introduction and the historical perspective of a chronology, features that are common to all these volumes. But, given the linguistic complexities, he has added a pronunciation guide and a very useful overview of the Buddhist scriptures. Of special value is the bibliography, exceptionally complete and strictly organized so that readers can readily find works on specific aspects of the religion. With these tools, it should be much easier than before to initiate and expand one’s knowledge of Buddhism.

When I was invited to prepare the Historical Dictionary of Buddhism volume for Scarecrow Press, I was both- pleased and eager to begin what I anticipated to be an interesting, but not especially lengthy project. After all, I was a veteran of one highly successful textbook/reference venture: Buddhism: A Modern Perspective (University Park: The Pennsylvania State University Press, 1975), had what I presumed to be an expansive knowledge of and interest in the Buddhist tradition, spanning ancient India to modern America, and had already produced much bibliographic and terminological material. Depending on one's perspective, my anticipation was either naive, arrogant, or both...but certainly not neither!

Much to my dismay, the time frame I had selected for the project was simply insufficient. One of my colleagues at the Pennsylvania State University, Professor William Duiker, told me that preparing the Historical Dictionary of Vietnam was intimidating, despite his many decades as a Vietnam specialist. It was an appropriate word he chose in describing his travail. The dilemma one confronts squarely at the outset is the overwhelming mass of material to be assembled and the enormously hard choices that must be made in determining just precisely what to include. For a religious tradition like Buddhism that moved out of its Indian homeland early in its history and became diffused throughout Asia within a millennium, there is an absolutely staggering geographic space to confront. To further complicate the task, within the past two centuries, Buddhism has made serious progress in moving beyond Asia, establishing a significant presence in Europe, North and South America, and Australia.

There are few scholars in Buddhist studies whose particular specialty is globally extensive, either in perspective or philological sophistication. As such, some significant aspects of a project like this necessarily fall outside the range of any researcher’s preparation, with the recurrent sense of insufficiency providing continual annoyance.

The task at hand is especially complicated and frustrating linguistically. Buddhism offers a variety of so-called "canonical” languages: Sanskrit, Pali, Tibetan, Chinese, and Japanese. Of course Sanskrit and Pali are closely related, as are Chinese and Japanese. Nonetheless, these two sets of languages come from language families that are as different as can be. If one factors in secondary literature in Sinhalese, Thai, Laotian, Burmese, Vietnamese, and so forth, the difficulty escalates exponentially. Obviously, choices for the “Dictionary" and the "Bibliography" had to be made in a fashion that is useful and constructive for the reader. That naturally limits the amount of technical terminology that can be utilized.

Needless to say, the series editor has offered comprehensive guidelines. Yet, even heeding his concern to limit selections to such topics as events, persons, places of historic significance, religious institutions, ritual practices, doctrines, heresies, missionary movements, and the like still leaves the author terribly hard choices.

I have tried to minimize some of the difficulty for the reader by providing a pronunciation guide that is rather explicit for Sanskrit, Pali, and Chinese terms, and which at least introduces the Japanese and Tibetan alphabets. Additionally, an overview of the Buddhist scriptures in the Indian, Chinese, and Tibetan traditions is presented at the outset. To help the reader keep perspective, both geographically and historically, I have provided a chronology Because the Buddhist religion has such a rich literature and has stimulated an enormous amount of scholarly research spanning several hundred years, I have prepared an extensive bibliography organized so as to be instructive and informative rather than simply imposing and probably confusing.

A rather substantial number of individuals have offered advice, assistance, and data input during the preparation of this manuscript, and to be sure, they are too numerous to cite individually. I should note, however, that the Pennsylvania State University has been remarkably helpful in obtaining the specialized computer software, and tl1e hardware to support it, that enables me to incorporate Sanskrit diacritics directly into my word-processing program. Without their willingness to support my research effort through a significant funding contribution, this project would have taken very much longer to complete. Finally, I should thank my family for surviving this past year with me. I hope they will readjust to normalcy and find other endeavors with which to fill their time, now that they no longer will be conscripted for alphabetizing, proofreading, and other tasks no sensible person would coax his family into doing. 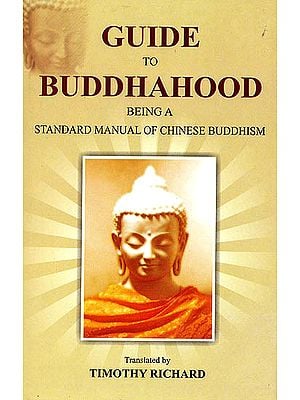 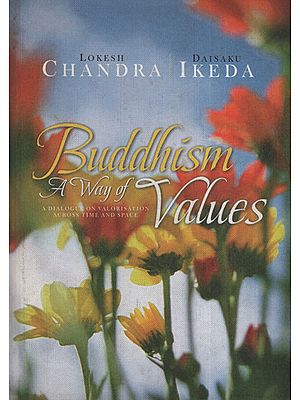 Buddhism: A Way of Values (A Dialogue on Valorisation Across Time and Space)
By Lokesh Chandra and Daisaku Ikeda
$34.40
Out of Stock
$43  (20% off)

Buddhism: A Most Comprehensive Resource
By D.P. Chattopadhyaya and G.C. Pande
$105
FREE Delivery

Buddhism In India And Abroad: An Integrating Influence In Vedic and Post-Vedic Perspective
By Edited By: Kalpakam Sankarnarayan, Motohiro Yoritomi & Shubhada A. Joshi
$47.20
FREE Delivery
$59  (20% off)

Buddhism: A Way of Values (A Dialogue on Valorisation Across Time and Space)
By Lokesh Chandra and Daisaku Ikeda
$34.40
Out of Stock
$43  (20% off)

Buddhism: A Most Comprehensive Resource
By D.P. Chattopadhyaya and G.C. Pande
$105
FREE Delivery