FREE Delivery
$38.50
Quantity
Ships in 1-3 days
Notify me when this item is available
Back of Book:

From the dawn of history, India has fascinated the rest of the world. People from far-away lands have crossed the seas, traversed the world's highest mountain ranges, and trudged through dense forests and parched deserts to partake of its wealth and wisdom. It is significant that India is the only country after which a whole ocean has been named.

This enlightening book described how India's body and soul have been shaped by the mighty Himalayas, by that unique meteorological phenomenon called the monsoon, by its long seacoast, and by its great rivers, forests and deserts. It explains the origins of the name 'India', describes its epics and folklore, portrays the remarkable cultural, racial, religious, social and linguistic diversity which constitute Indian unity, and highlights the efforts India is making to conserve its natural and cultural wealth.

The world's second most populations nation, home to a thousand million people and the place of origin of millions more in other lands.

An ancient civilisation with a memory bank added to and drawn upon continuously for 4,000 years and more.

For the greater part of history, hailed as the world's richest country, accounting, for a third ot eh globe's natural resources-its pepper and pearls, sugar and cotton, diamonds and sandalwood, teak and steel-much sought after.

Admired for its wisdom and philosophical insights as well as its contributions to astronomy and mathematics-a notable example being the concept of zero.

The only country to give its name to a whole big ocean. Its ports teemed with vessels of many countries. Finding a passage to India was an obsession with sailors and adventurers, resulting in the discovery of two new continents.

Cradle of four of the world's great religions-Hinduism, Buddhism, Jainism, Sikhism and a trusting host to four other faiths-Christianity, Judaism, Zoroastrianism and Islam. Famed for its tradition of tolerance and respect for all faiths.

H. Y. Sharada Prasad, a well-known journalist and thinker, was for long years Press Secretary to Prime Ministers Indira Gandhi and Rajiv Gandhi. Prior to that, he worked with the Express group of newspapers, was Nieman Fellow for journalism at Harvard University, and edited Yojana, the journal of the Planning Commission of India. He also served as director of the Indian Institute of Mass Communication.

He has authored several books in English and edited many volumes of Jawaharlal Nehru's speeches and writings and was editorial consultant to the Nehru exhibition designed by Charles Eames as also the Gandhi centenary exhibition. He has been chairman of the National Institute of Design and a vice president of the Indian Council for Cultural Relations. He was also a trustee of the Indira Gandhi National Centre for the Arts and further held position as secretary of the Indira Gandhi Memorial Trust. Among the honours he has received is the Padma Bhushan and the Indira Gandhi Award for National Integration.

Ashok Dilwali, a celebrated Indian photographer has mastered the art of capturing Nature in various moods - from the Turbulent to the sublime. He has more than a dozen books to his credit.

India, home to one of the most ancient civilisation, is a unique example of cultural and geographical diversities. Dissimilar cultural practices are deeply rooted in the people's daily lives even in the 21st century. Indian history is the fruit of geography, and geography the root of history. The history of several millennia has merged with phenomenal geographical variations to create the incredible India of today.

India is incredible in its landscapes, and the people who adorn her. Its rituals and traditions; sculptures and paintings; dance, music and theatre; handicrafts, fairs and festivals; monuments and manuscripts; and its varied cuisine-each is a definite statement that only India can proudly pronounce.

Myriad streams and rivers have been flowing for centuries in their own special terrain, sometimes forceful, sometimes gentle. Despite all kinds of obstacles, they flow on. When these waters reach the ocean, they mingle, and become one huge ocean. Similarly, these diverse , astonishingly rich and colourful cultural currents create a harmonious hymn known as India even as they retain their unique individual identities.

This series of Incredible India presents 10 books on different cultural aspects of the country, written by well-known experts on the subject. This book on Life and Landscapes written by H. Y. Sharada Prasad, a veteran writer, echoes the throb of India's land the people, birds and animals, trees and flowers, mountains and rivers, sands and the skies. The Himalayas have been a byword for magnitude and permanence. The Deccan peninsula was once part of the earliest landmass on the Earth. Nearly 4,000-5,000 years ago, the present Great Indian Desert perhaps had good rains because Mohenjo-daro and Harappa excavations have unearthed street drains and baths. Past and the present are displayed in this book with their colours and splendour. The author takes the reader to dusty plains and snow-capped mountains, river deltas and deserts, forests and coastal tracts. In conclusion he says, the tradition of India thought is not to pit man against Nature but to seek the welfare and security of all creations.

Ashok Dilwali, a passionate traveller, has captured the amazing Indian landscapes with exceptional dexterity. He clicks pictures to capture natural beauty-an irresistible temptation to which he always succumbs! 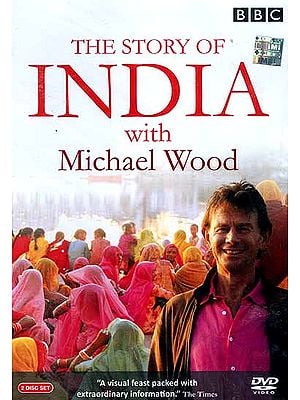 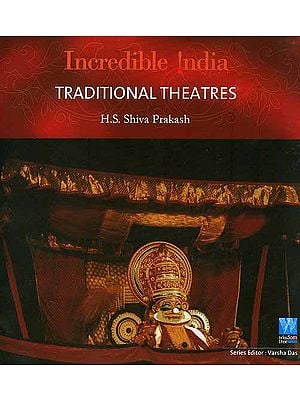 Indian Cinema: The Faces Behind the Masks
By Anil Saari
$31
FREE Delivery