This book is a comprehensive research on miniature paintings of hunting scenes illustrated during the Mughal period of India. Though hunting appears as a mere activity, however, in essence it promotes and develops other dimensions related to sustenance and surviving such as enhancing wisdom and knowledge, providing a means of ' entertainment and employment, as a practice of weapons during the peace times for the royalty and soldiers, establishing socio-political relationships and the contemporary trades.

The miniature paintings on hunting not only throw light on the emperors' and professional hunters' skills but serve as a significant visual records in terms of technique, arrangement, territory, environment, significance of the event etc. This book includes a huge number of paintings executed on live hunting expeditions played by various emperors, nobles and professionals etc., also related to the Indian and Persian classical and folk literature, which has specifically focused on graphic narration of hunting scenes. As contemporary hunters during the Mughal era, the gallantry of the Rajput Kings cannot go unnoticed and is also highlighted.

This volume of educational research also has its roots in my association with teaching Fine Arts and I hope that historians, art-students, researchers, art-lovers, sport persons etc. will appreciate it and benefit out of it.

Dr. Zeba Hasan has thirty five Years of rich experience in the field of Fine Arts. She was conferred with the Ph.D degree for her research on "A critical study of the Mughal paintings on hunting". She also completed her Minor research project on the subject "Critical Study of the paintings of Illustrated Manuscript Padmawat (In the collection of National Museum, New Delhi)" (in Hindi language)2006- 08 and the Major research Project on the topic "Study of Indian Art with special I reference to Feminism" 2009-2011. Both the above projects have been completed under the sponsorship of the University Grants Commission, New Delhi, India.

Besides, thirteen research scholars have been conferred with the degree of Ph.D. under her guidance. She has published several research papers and attended national and international seminars.

Dr. Zeba Hasan is a recognized artist of the prestigious organization- National Lahr Kala Akademi of India and participated in several national and international art-exhibitions.

Indian miniature paintings reached its zenith during the medieval period. Amid other schools of art, the Mughal miniature style earned a special recognition. A huge number of artworks executed in the royal atelier under the supervision of the connoisseurs of painting. The court-life had strict disciplines, which was clearly reflected in the contemporary paintings. Nevertheless, when the royal artists were ordered to paint hunting scenes, they used their abilities to reproduce the scene accurately with aesthetic perfection. These outdoor scenes seem close to the spirit of nature with animate forms throbbing with energy, rhythm, movement and expressions. Hence, the main focus of this book is on hunting-game as a major activity. An honest and strenuous research reached significant conclusions corroborating its hypothesis, which was transformed over the period according to the need of time. Further, with the development of society, hunting was introduced as means of recreation and used according to the socio-political requirements, also established as versatile trade as per the necessity of the contemporary time. The significance of hunting is documented in historical annals, biographies, illustrated manuscripts etc., which are concrete evidence unfolding, importance of hunting during the Mughal dynasty. Analogous to the Mughals, the Rajput Kings also displayed great interest in hunting and extended encouragement to the sport and also used it to honour worthy guests of the sovereignty for developing political alliances.

A large number of hunting-scenes are preserved in various collections throughout the world as evidence, which not only unfolds a new paradigm of aesthetic creation introduced in Indian art during the medieval period but also corroborates about the then contemporary history, geography, climate, inhabitants, biographical records, traditional and advanced techniques of hunting etc.

I hope this book will prove an interesting reading for historians, art lovers, research scholars, art critics and those who would be interested in knowing about this particular field.

Looking back at the history of mankind, especially at its roots, we come across the universal phenomenon of hunting as the main concern in the life of the pre-historic man. Perhaps it was an inborn instinct born out of man's basic urge of survival and sustenance against the adverse natural process of his time. However, with rise of civilization it grew into a sport and adventure.

The art of Mughal period owes its incentive to the descendants of Timurids of Central Asia. However, the art of this period showed blending of Indian elements with those of the Mughals which they inherited from Persia (Iran). On the other hand Persia had a chequered background under the various Islamic dynasties-the Umayyad of Medina (661-750 A.D.) Abbasids of Baghdad (750-13th c.), the Seljuk Turk (Mid. 11th c.), the Mongols of China (13th century), the Timurids from Kush (south of Samarqand) and the Safavid (16t" century). Each of them left its imprints on its art, from abstract to figurative.

The Mughals patronized art and left a rich legacy of paintings incorporating fauna motifs showing their special interest in the subject. Two of such beautiful earlier examples are a painting from Shah-namah (1614 A.D.) showing the hunt of a lion by Behram. Their interest in depiction of fauna life can also be witnessed in the Mughal carpet of late 16th century (Boston Museum) and an embroidered royal coat (Victoria and Albert Museum, London, 17t`' century).

Dr. Zeba Hasan has taken a pioneering work in the present volume which seems to be the result of serious research and critical study of the subject. It is significant to note that, perhaps, as an in-depth and critical study of the hunting scenes of the Mughal period of Indian art seems to be the first attempt. Correlating with the socio-religious perspective, topographical, technical and organizational factors, in her analysis of hunting scenes of the Mughal period, she has aptly tried to cover the comparative and thematic study alongside their Persian and Indian background without forgetting the involvement of royal ladies in the depiction of hunting scenes.

The present volume as in-depth study of the hunting scenes of Mughal period as a specific aspect of Indian art, in my opinion will be a significant contribution to the study of oriental art. 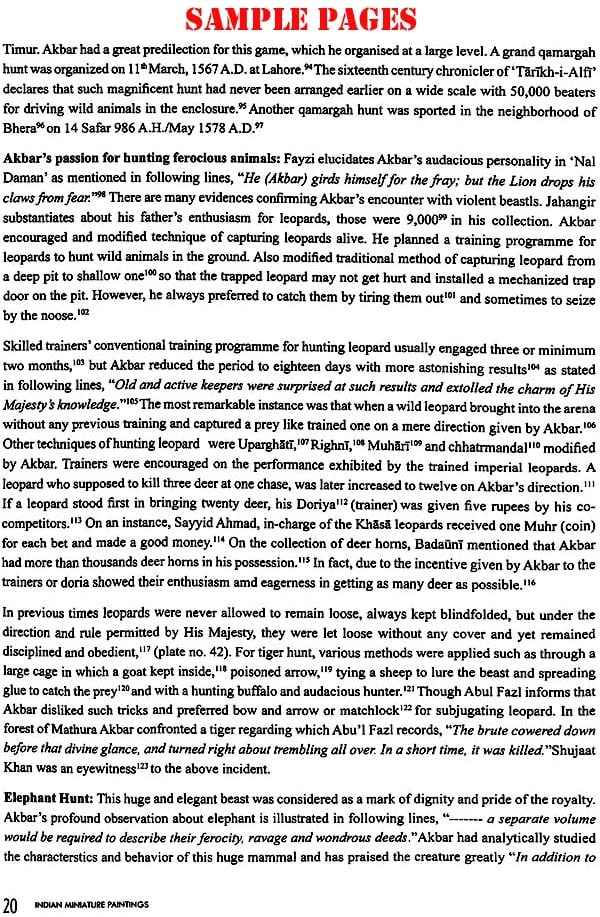 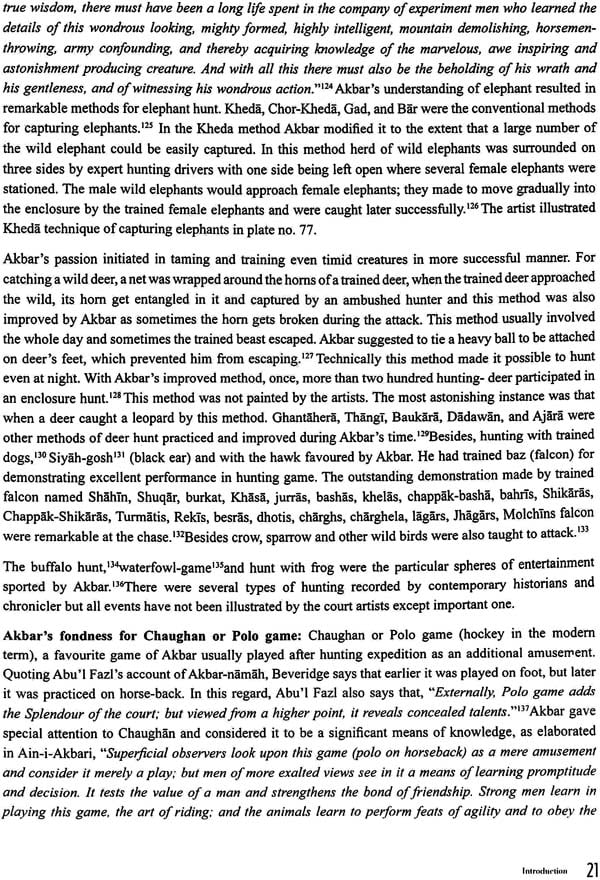 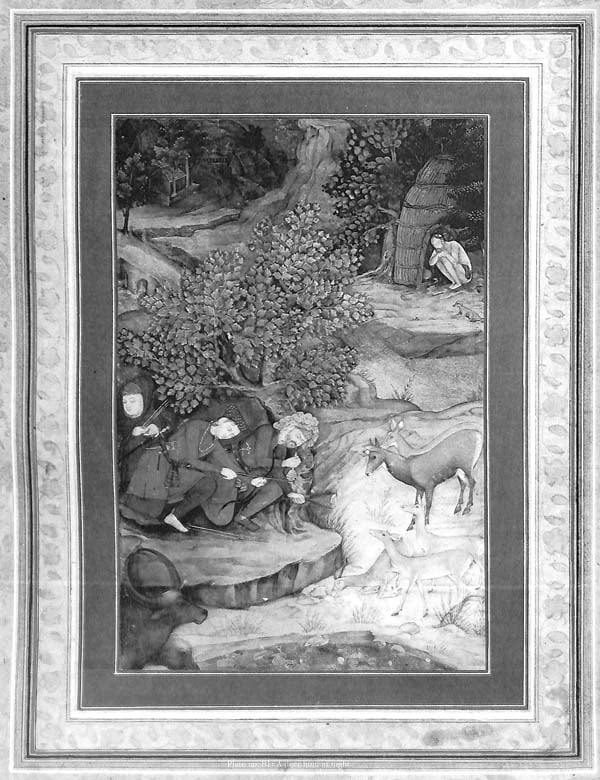 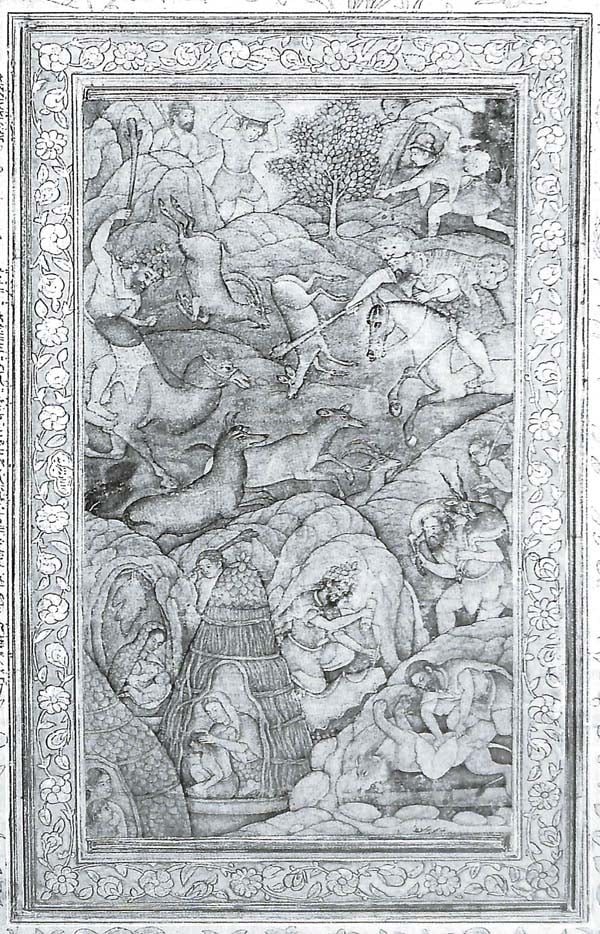 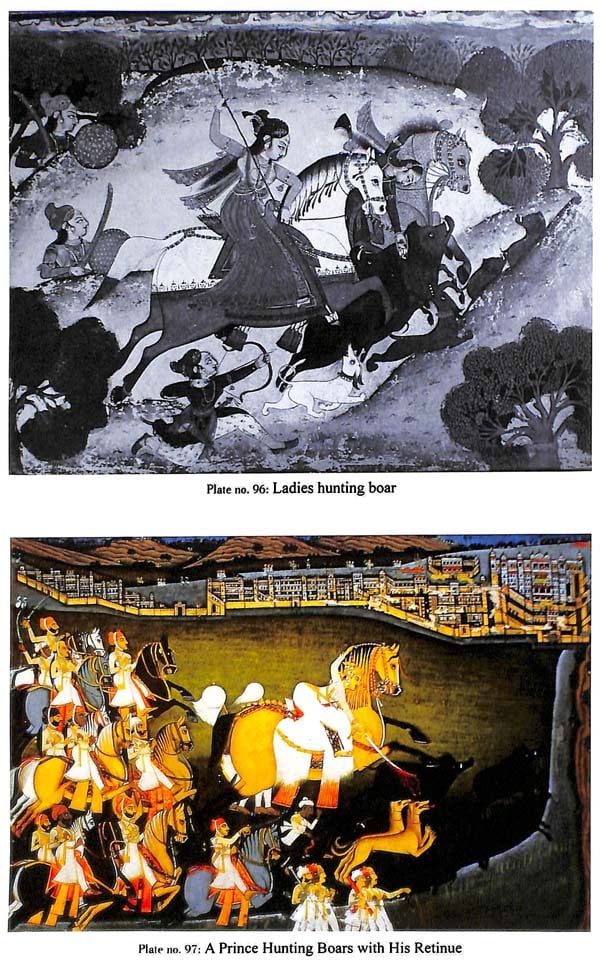 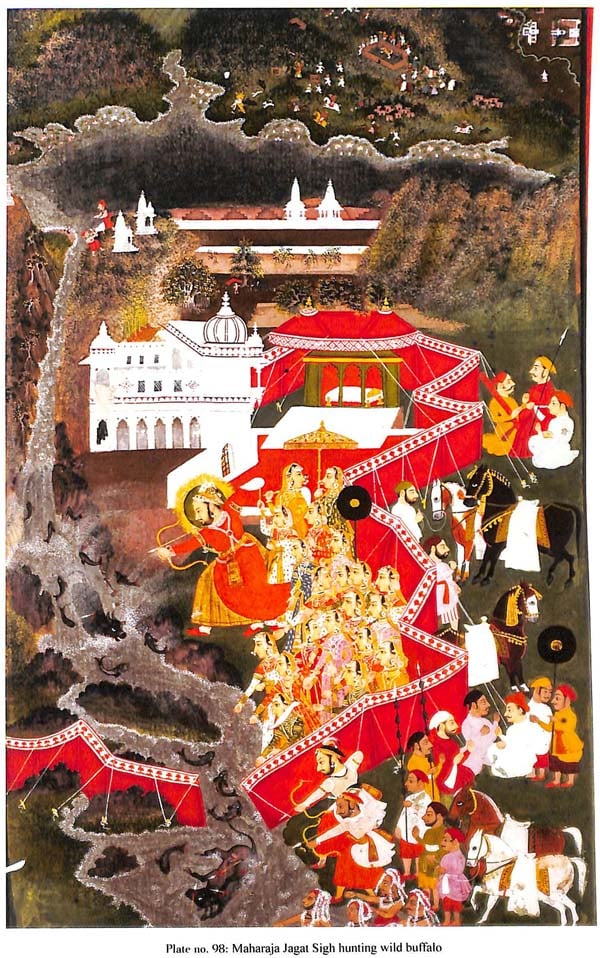 Indian Miniatures (The Library of A Chester Beatty)
By Sir Thomas W. Arnold , Edited By: J.V.S. Wilkinson With an Introductory Note by S.P. Verma
$145
FREE Delivery Mysteries of Love: Maratha Miniatures of the Rasamanjari
By Satya Vrata Tripathi
$74.25
FREE Delivery
$99  (25% off)