The Indus Civilization (A People's History of India - 2)

$17
Quantity
Ships in 1-3 days
Notify me when this item is available
From the Jacket:

The Indus Civilization by Irfan Habib is the second monograph in the People's History of India series. It continues the story from the point reached in the earlier monograph, Prehistory. The dominant theme here is provided by the Indus civilization. In addition, other contemporary and later cultures down to about 1500 BC, and the formation of the major language families of India, are discussed.

The Indus Civilization seeks to maintain uniformity with Prehistory in style and framework, except relaxation of the commitment to conciseness. It contains more detailed exposition of certain topics, and the explanatory notes on technical and controversial subjects at the end of each chapter are somewhat longer. Illustrations, maps and tables are included to serve as aids to understand the subject better.

The time with which this monograph deals is often called Protohistory, since it is close to the period when history can, at least partly, be reconstructed from literary texts. Since modern territorial boundaries make little sense when we deal with the past, India here means pre-partition India, and the area covered includes Afghanistan south of the Hindukush mountains. A sub-chapter is accordingly devoted to the Helmand civilization, whose study is indispensable for putting the civilization in a proper perspective.

Irfan Habib, formerly Professor of History at the Aligarh Muslim University, is a well-known historian and the author of The Agrarian System of Mughal India (1963), An Atlas of the Mughal Empire (1982), and Essays in Indian History: Towards a Marxist Perception (1995). He is currently working on a People's History of India to be published in the form of successive monographs under the auspices of the Aligarh Historians Society, each of which will be edited or authored by him.

This monograph forms the second instalment of the projected People's History of India, and continues the story from the point reached in Prehistory, published last year. The dominant theme here is provided by the Indus civilization; in addition, other contemporary and later cultures down to about 1500 BC, and the formation of the present major language families of India, are also treated.

In style and framework The Indus Civilization seeks to maintain uniformity with Prehistory. Perhaps, the commitment to conciseness has been relaxed a little, as room has had to be found for a more detailed exposition of certain topics, and the explanatory notes on technical and controversial subjects suffixed to each of the three chapters are somewhat longer.

The reader is reminded that, as in Prehistory, so here too, India means pre-partition India, though in certain contexts it may carry the more restricted sense of the present-day Indian Union. Since modern territorial boundaries make little sense when we deal with the past, the area covered in this monograph includes Afghanistan south of the Hindukush mountains. A sub-chapter is accordingly devoted to the Helmand civilization, whose study seems indispensable for putting the Indus civilization in a proper perspective.

The time with which this monograph deals is often called Protohistory, since we are now getting close to the period when history can, at least partly, be reconstructed from literary texts. Words from such texts or reconstructed words attributed to early languages occasionally occur in the present monograph in the discussion of certain matters, though their number is necessarily small. The quoted words are still too few to merit troubling the reader with separate explanations of the standard systems of transcription and transliteration. Since, without such explanations, diacritical marks as well as the additional characters used by historical linguists drawing on IPA might not be understood, I have employed the English letters closest to the original sounds. I have, therefore, spelt 'Rigveda', not 'Rgveda': and 'Ashoka', not 'Asoka'. This practice may not be followed in the succeeding monographs, depending on the decision of their authors.

I am grateful for the generally favourable reception given to Prehistory, and for the many suggestions offered for improvements in presentation. A sympathetic reviewer raised the problem of references. It would be appreciated that in a work like this, meant for a wide readership, it is not possible to encumber it with references in footnotes for the various statements made, nor is it possible to convert the bibliographical notes into exhaustive lists of the books, reports and papers consulted by me. The purpose of the notes themselves is chiefly to guide the reader to the works where substantive or updated detailed information is available. Many earlier, even pioneering, works have had to be ignored in order to make the selection meaningful. I sincerely regret such omissions, but I fear I can see no solution.

In respect of this monograph, I should like to acknowledge the great kindness of Professor Suraj Bhan, the eminent archaeologist, who agreed to vet the manuscript at short notice. All the maps (except Maps 2.2A and B) have been drawn by my son, Faiz Habib. Amber Habib spoilt a holiday in going over the text with me. Mr Ghulam Mujtaba took photographs for the figures in the book. Mr Muneeruddin Khan spent many hours in processing the text, and he deserves my thanks for this, as well as for his patience in incorporating changes made in the text over and over again.

On behalf of the Aligarh Historians Society, Professor Shireen Moosvi has been responsible for all the organizational work that the project has entailed. Dr Rajendra Prasad and Ms Indira Chandrasekhar of Tulika Books have given me guidance and help, and done much to ensure that presentable volumes emerge from this enterprise. 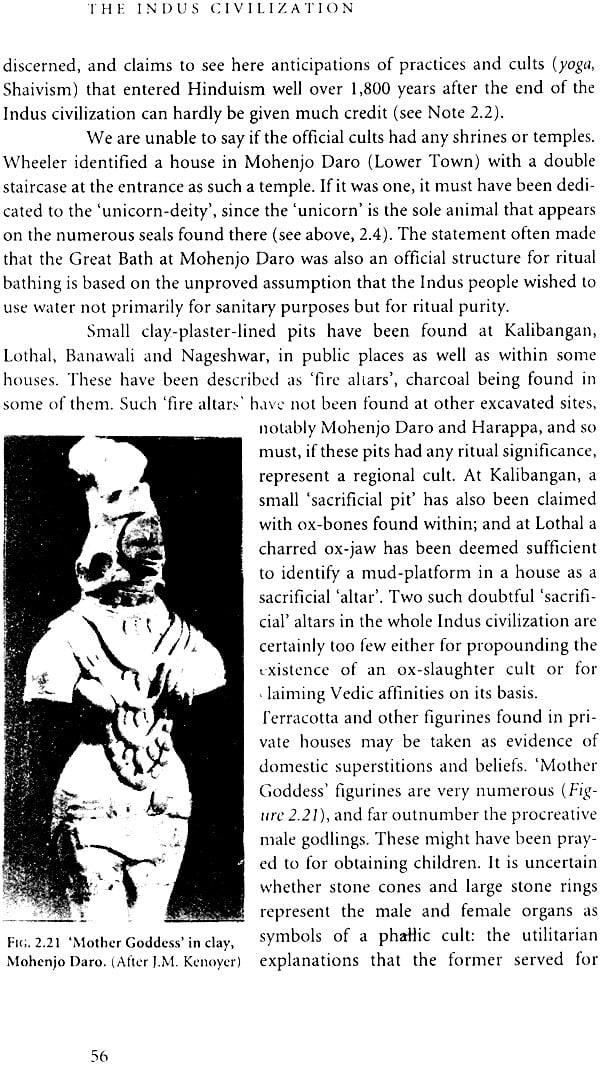 The Indus Valley in the Vedic Period
By Ramaprasad Chanda
$17.50 The Indus Saga: From Pataliputra to Partition
By Aitzaz Ahsan
$32.50
FREE Delivery The Decline and Fall of the Indus Civilization
By Ed. By. Nayanjot Lahiri
$29
FREE Delivery