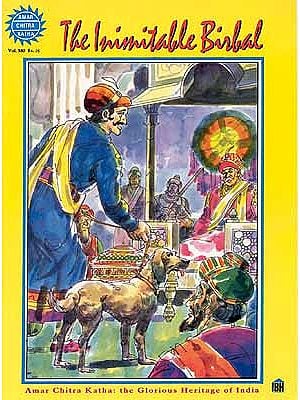 23 years in business
The wit and wisdom of Birbal had endeared him not only to Akbar, but also to a vast majority of the subjects of the Mughal empire. He had the rare distinction of achieving immense popularity during his lifetime, next only to that of Akbar. He was a good administrator, a good soldier and perhaps what pleased Akbar the most-a good jester. Less known is the fact that he was also a good poet. He wrote under the pen-name, "Brahma" and a collection of his poems is preserved in the Bharatpur museum.

Though popularly known as Birbal, his real name was Maheshdas. It is believed that he belonged to a poor brahmin family of Trivikrampur, (now known as Tikawanpur), on the bank of the river Yamuna. It was only by virtue of his sharp intellect that he rose to be a minister at the court of Akbar. His phenomenal success made many courtiers jealous of him and if the popular accounts are to be believed, they were ever busy plotting against him. According to the popular legend, even his death, while he was on an expedition to Afghanistan at the head of large military force, was due to treachery. Though he was killed in the battle, the expedition was successful and subdued the turbulent province.

Akbar was so deeply moved, when he heard the news of Birbal's death, that he burst forth into a couplet and lamented, "Birbal, you never hurt the helpless. You always gave them whatever you had. I am helpless now and yet you have left nothing for me."

Akbar had found in Birbal a true friend and sympathiser. Of the handful of followers of the Din-e-Elahi, the new faith preached by Akbar, there was only one Hindu-Birbal. 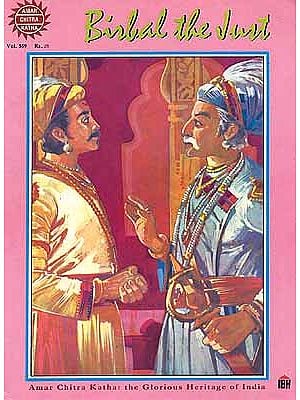 Birbal the Just
By Anant Pai
$15