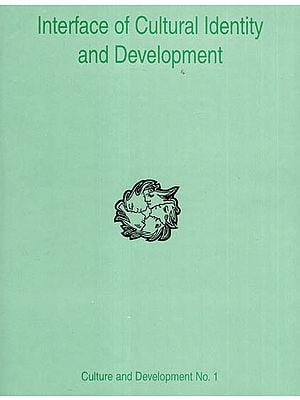 Interface of Cultural Identity and Development

From the post-World War II decolonization to about mid-1980s, mainstream development thinking has focussed on ‘economics’, on the one-dimensional abstraction of homo economicus, to the exclusion of all else: specially the socio-cultural context in which development might take place. This divorce of ‘development from ‘culture’, however, was "poor economics" —a hard fact, which the international community has come to discover gradually, experientially. "The United Nations too was not found wanting inits shared concern for culture. On 21 January 1988, it launched — under the aegis of Unesco — "The World Decade for Cultural Development’ in its effort to chiefly (a) strengthen awareness of cultural dimension of development, and (b) enrich cultural identities the world over.

In the Indian capital, the Indira Gandhi National Central for the Arts (IGNCA) has initiated a multidisciplinary discourse on development issues vis-a-vis the whole range of cultural variables and definitions. Which its newly introduced series : Culture and Development proposes to cover in entirety.

Baidyanath Saraswati, an anthropologist of international eminence, is Unesco-Professor at the Indira Gandhi National Centre for the Arts, New Delhi. And is former Professor of Anthropology at the North-Eastern Hill University; Fellow of the Indian Institute of Advanced Study: and Visiting Professor at the universities of Ranchi and Visva-Bharati.

One of the major programmes of the Indira Gandhi National Centre for the Arts is the lifestyle studies which aim at exploring all fields of cultural knowledge with a view to understanding the functioning of various communities in their totality. In 1989, an international Workshop on "Cross-cultural Lifestyle Studies with Multimedia Computerizable Documentation’, was organized under the aegis of Unesco. The proceedings of the Workshop have been published in two volumes. The deliberations on general concepts, theories, and methods, were followed by a series of pilot studies of various cohesive communities in different parts of rural India. Each of these studies pointed out not only the processes of inevitable change but the pace and speed of change. All societies undergo change, adopt, assimilate and reject influence. However, trauma on the individuals and societal psyche occurs when pace is artificially accelerated or there is only an external impetus. Identity crisis is sense of loss of what is most precious in a human being. It is a matter of gratification that Unesco responded again to this concern of the IGNCA and facilitated a Meeting of Experts in April 1993, toexamine the question of cultural identity, and tothink about issues revolving around that other crucial word ‘development’.

The broad area of cultural identity is, indeed, complex since it requires one to ask, initially, questions about the ‘self and the ‘other’. It means covering a whole range of variables and definitions; the notions about the self — individual and collective — and the cultural ‘other in terms of whether one is referring to economic, social or cultural dimensions. These debates are very active in the West, and elsewhere, wherever the idea of ‘development’ and ‘progress’ has taken roots.

Closely linked with the crisis of cultural identity, are developmental issues which seem to take for granted the primacy of socio-economic man, and that, too, within the context of nation-state notions. But in doing so, it, in its very logic, tends to sow the seed of fragmentation, conflict, and crisis. This is so because it implies a confrontation between several interests, especially, between the individual self and society — the ‘other’ — at many levels.

The area of cultural identity in this seminar, brought to the fore, the basic distinctions that exist between two world-views; one, the anthropocentric approach, and the other, the cosmocentric viewpoint. It seemed that cultures could be defined in these terms, as seen in their lifestyle within the content of the ecological environment. For example, cultures of the cohesive traditional communities, and those of the modern world, are clearly distinguishable. The attributes of the former, often referred to as preliterate, preindustrial societies, are characterised by the whole gamut of variables attributable to oral traditions; viz., a lifestyle discernible in their dress and food habits, music and dance, habitat, rites-de-passage and above all, in these cultures, the distinction between the individual and society is not only blurred but it is not one of confrontation as is the case in modern society. It does not mean that uniqueness and diversity are absent; it means that there is great deal of interdependence within the cohesive community. On the other hand, in modern societies while great emphasis is given to the individual personality, yet, at the same time, he/she has to conform to the other — society — in terms of some impersonally imposed standardization and homogenization that arises out of a monolithic world-view. Briefly, then, these are some of the problems which as well confront the developing world today.

Clearly, one sees that today there cannot be just one universal model of development that can be applied to all cultures everywhere. The diverse nature of humanity, and the ecological environment which is essentially linked to this world- view, has to be taken into account by the ‘developing’ world. We are all well aware of the disastrous consequences of a homogenized global village, and, consequently, the increasing violent demand for cultural autonomy in many parts of the world. Not only are alternate paradigms needed to be evolved, but a reconsideration of the instrumentalities — ranging from policies and programmes, industry and technology — has to be urgently taken up. Of course, focus on the convergence of mystical ancient insights and modern science has to be noted in seeking alternatives for the crisis of cultural identity and development.

Can a particular life-style be superior to, or more satisfying than, another? Can the life-style of another culture (in its widest anthropological sense) be adopted without disturbing one’s own cultural identity? Can a people's cultural identity remain absolute, independent and eternally valid? Can a true assessment of the human world be made without examining its internal realities? If the answer to all these is in the negative, then there emerges the need and possibility of a paradigm shift in development ideology.

The twenty-two essays collected here are based on a Unesco-sponsored meeting of experts on ‘Interface of Cultural Identity and Development’ held at the Indira Gandhi National Centre for the Arts, New Delhi, on 19-23 April 1993. The meeting aimed at: (a) rethinking universality in modern sciences and the mutually differentiating epistemologies or world-views; (b) examining cultural identity, touching upon aspects from grassroots sociology and cosmology to the philosophers’ metaphysics; (c) evaluating development ideologies and the crises of creative individuals in a changing techno-cultural order, arising from the imposition of alien paradigms on social reality; (d) identifying development processes, forms of modernisation and methods of restoration of the moral order in relation to ecology, economy and society; and (e) considering endogenic development models, mainly with reference to traditional visions of one’s own cultures.

Can human imagination grasp the technical mystery of the universe?

Yes, by employing meditation, mathematics, and geometry as an unfailing guide.

The key feature of Upanisadic thinking concerns the Universe of Brahman.

Brahman is the universal Self.

Is Brahman the creator of the universe?

Brahman itself is the universe.

How did the universe start?

The universe did not start at any particular time. It is set in eternal cycles of creation, existence and dissolution.

How can the universe change and yet remain eternal?

Although space and time have beginning and end, both continue for ever through a cosmological scheme that repeats itself endlessly.

Is the universe a machine called Brahman?

Not, in the Newtonian sense of a deterministic machine.

To what extent does the Upanisadic concept of the universe relate itself to other traditions?

This picture of the universe is different from that of the Semitic traditions. But it does not seem to be much at variance with modern theories in science.

The Upanisadic sages have shown that ‘One is many and many are One’, that every part of the universe contains the whole and the whole all the parts. In such a world-view there is no place for the notion of a universality that claims to be exclusive, unique and chosen. 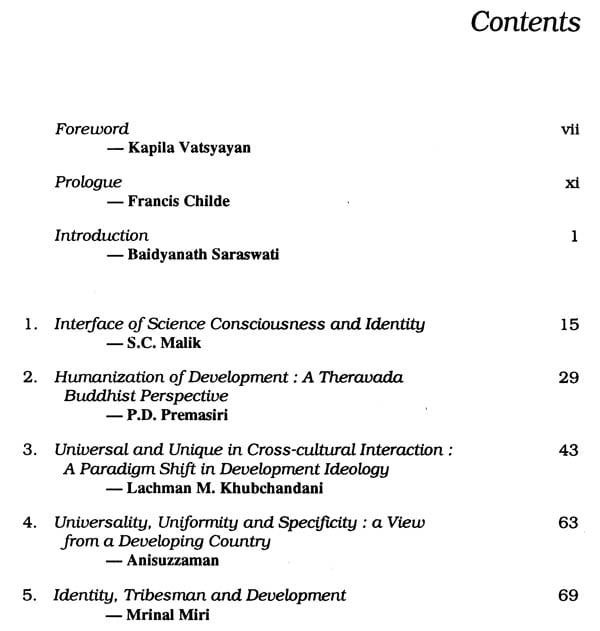 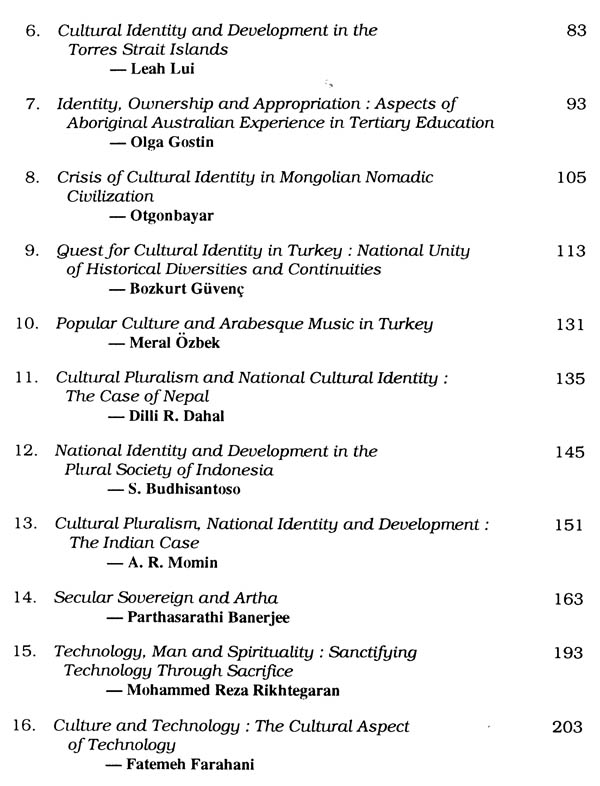 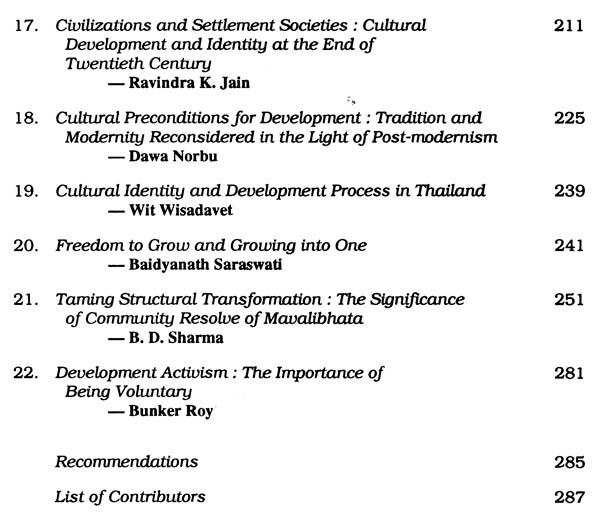 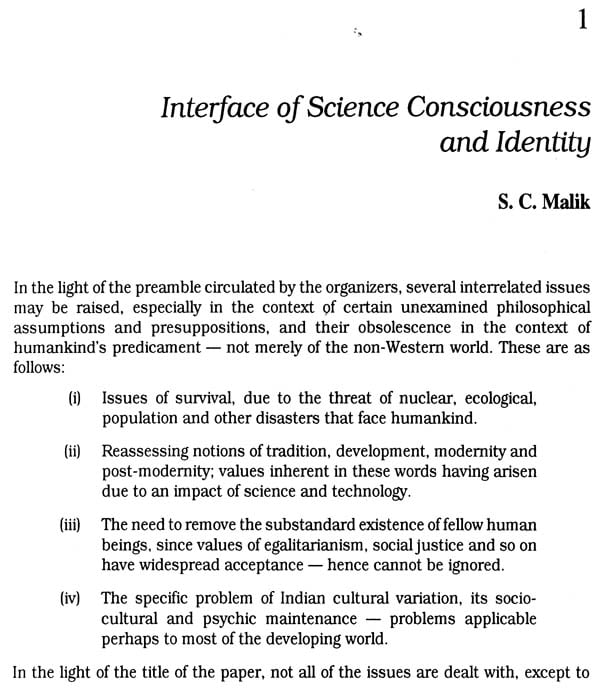 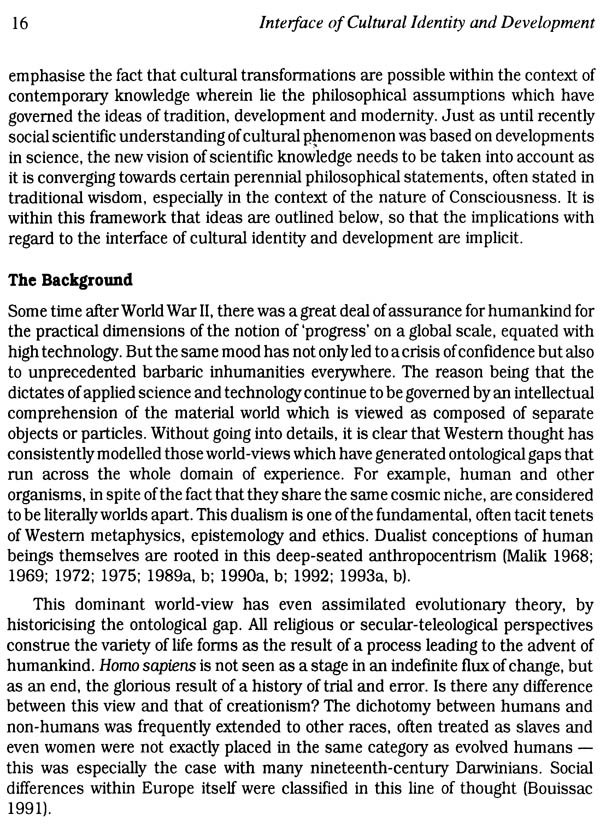 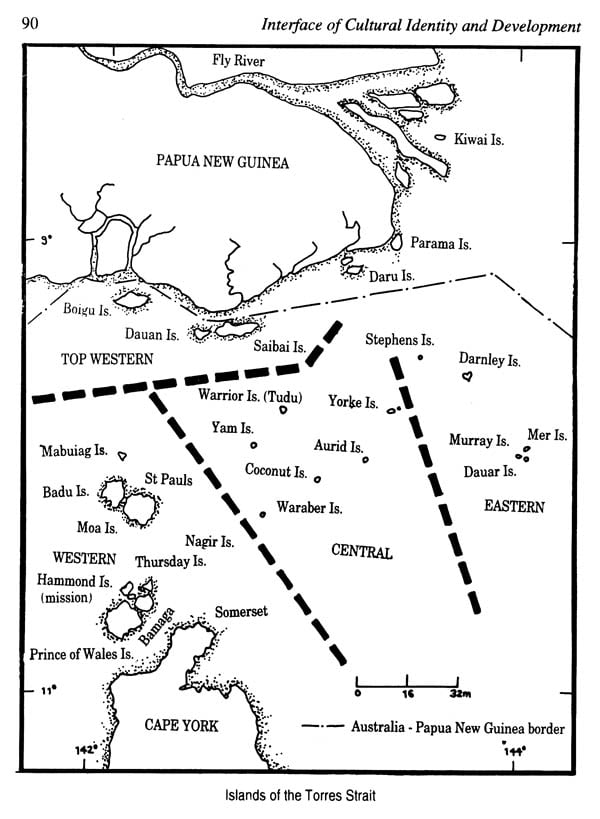 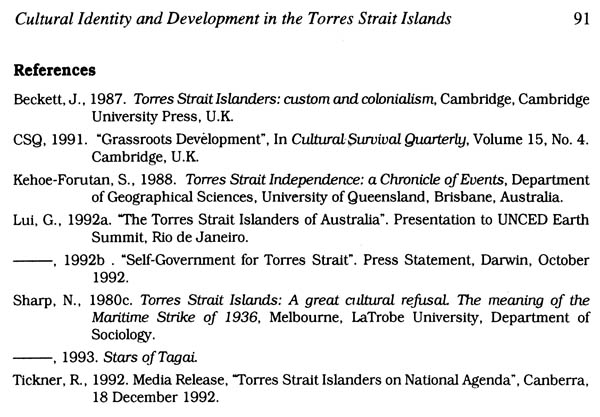 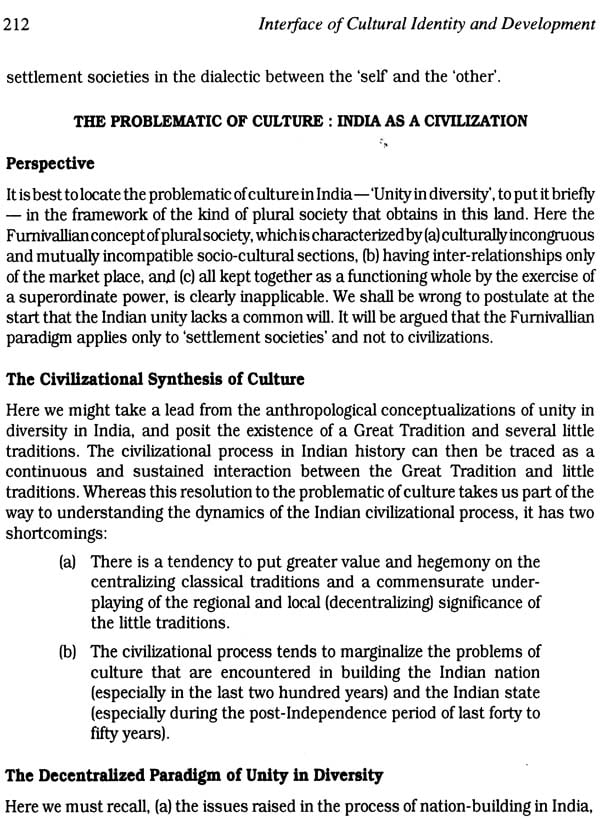 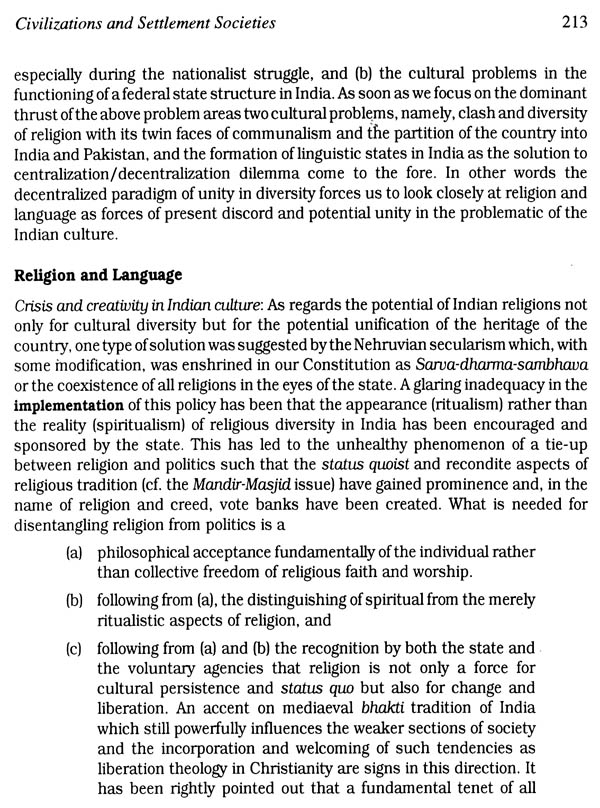 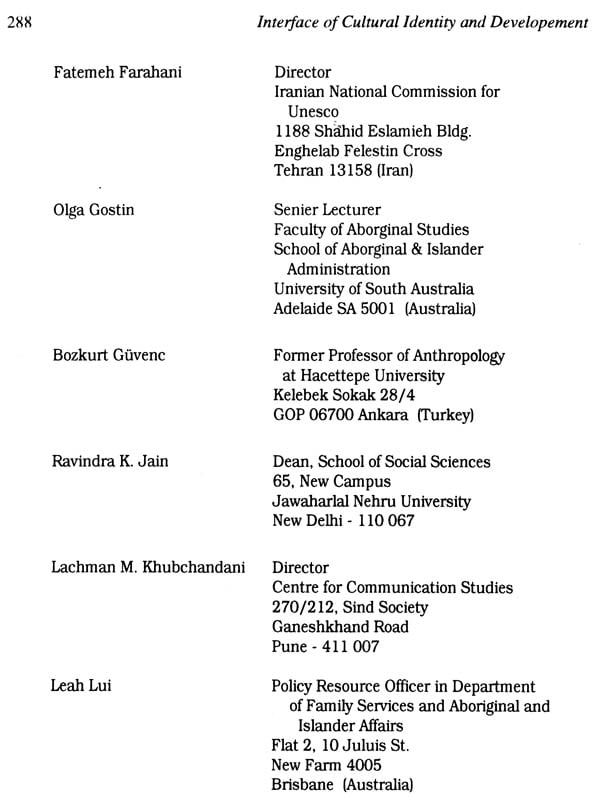 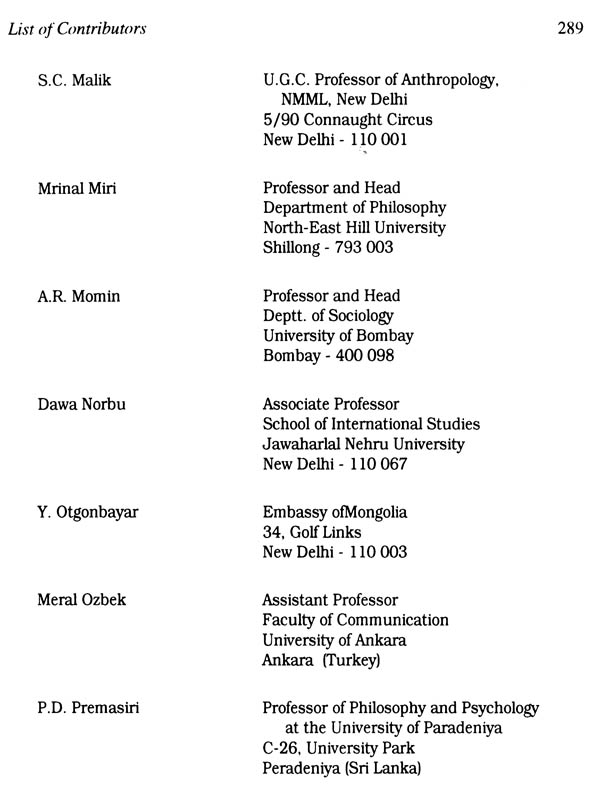 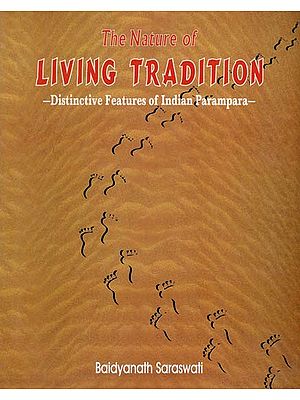 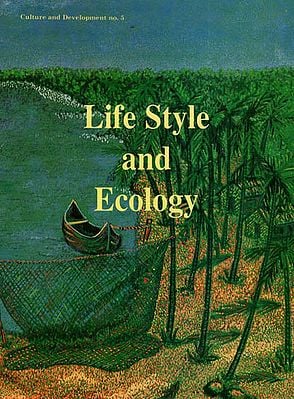