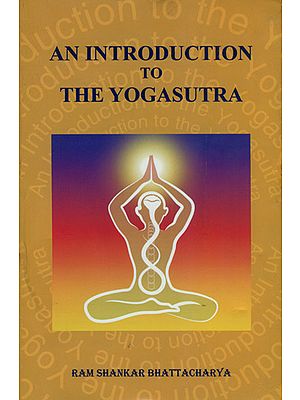 An Introduction to the Yogasutra

I am very happy to say a few words regarding this work viz. An Introduction to the Yogasutra by Dr. Ram Shankar Bhattacharya. I am happy because he not only tells us something new but also initiates a new method of research intended to awaken the scholars of Indian philosophy from their dogmatic slumber Dr. Bhattacharya is a devoted and competent scholar of Indian philosophy in general and of Sankhya and Yoga in particular. But his devotion does not stand in the way of his raising unorthodox questions and from questioning what is traditionally accepted without question. While questioning age old views he is not disrespectful; he has humility and true jijnasa but with at complaint that interpreters and commentators do not even see problems, much less solve them. Mostly they are concerned with the explanation of language but even there they do not see problems arising from the use of certain words. So, the work of Dr. Bhattacharya presents not only some fresh points for our consideration but also suggests a new method of research which may yield fruitful results if followed in other areas. While it is not possible to summarise his arguments or even to go into the details of some of them here, I may draw attention to a point by way of illustration.

At the very outset the author points out that yoganusa-sanam means yoganam anusasanam. He suggests that Patanjali's sutras are concerned not with one yoga but with all yogas. As such yogascitta-vrtti-nirodhah is not a definition of a particular yoga but a sutra giving the essential characteristic of all yogas.

Considering the composition of the Yogasutras, Dr. Bhattacharya concedes that there may have been interpolations at places and also that the order of the sutras is not always coherent. But he forcefully contests the view that the Yogasutra is by more than one author or that the 4th chapter was added later. His arguments deserve serious attention. He has something valuable to say also regarding the various readings of the Yoga-sutra. The author's observation regarding the use of certain terms (sarvaratna in II.37, punah in III. 12, varta in III. 36, and aslda in IV. 29) should interest scholars of the Yoga-sutra.

Dr. Bhattacharya does not regard the author of Yogasutra as identical with the author of Mahabhasya, much less with that of Paramarthasara. The argument is novel. How could one and the same man use the term aneka in singuar and plural both? To Dr. Bhattacharya Patanjali seems to be the name of a gotra and not of an individual. Any way, he thinks that the composition of Yogasutra belongs to a period after the Mahabharata but before Buddha. He refutes the view that it was composed after Buddha.

The views of Dr. Bhattacharya are very refreshing and stimulating. Everyone who cares to go through the book is bound to feel rewarded. One mayor may not accept his views but it is certain that one cannot ignore some of his arguments. I do not hope that the book will provoke the scholars to make further research and also to employ some new methods used in this book. Indeed I wish the same method were employed to discuss some other old texts of Indian philosophy. The book is valuable not only for its conclusions but also for its new method of investigation. I am sure it will win the appreciation that it eminently deserves.

My main object of writing the present works is two-fold: firstly to draw the attention of modern scholars to some such important points of the Yoga-sutra as will enable them to comprehend the peculiar character of the work and secondly to show the proper traditional way of studying the sutras.

I have painfully observed that absence of adequate sastric knowledge as found in most of the modern scholars is the main cause for conceiving many wrong ideas about the Yogasutra, examples of which will be found in many places of this book. It is needless to say that I have adopted the useful aspect of the process of critical research. I may further add that I have not followed the commentators blindly; nay, some of the views of the commentators have been criticized and in a few places the faulty character of their views has been shown in clearest terms.

The present work deals with the external (bahiranga) aspect of the Yoga philosophy. Since it is an 'Introduction' the treatment of some points is not exhaustive. But what has been stated that is sufficient to prove the assertions of the author. The author believes that the arguments and illustrations given here will enable the readers to study the Yogasutra in a much deeper away.

In Conclusion I express deep reverence and profound gratefulness to the late Svamin Hariharananda Aranya, a great yogin of modern time, who expositions of the Yoga philosophy has been a perpetual source of light to me. 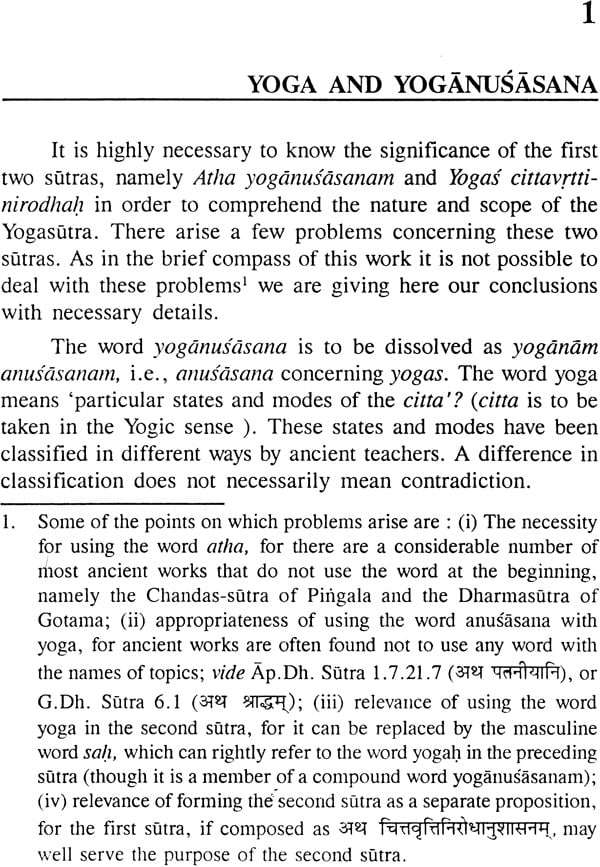 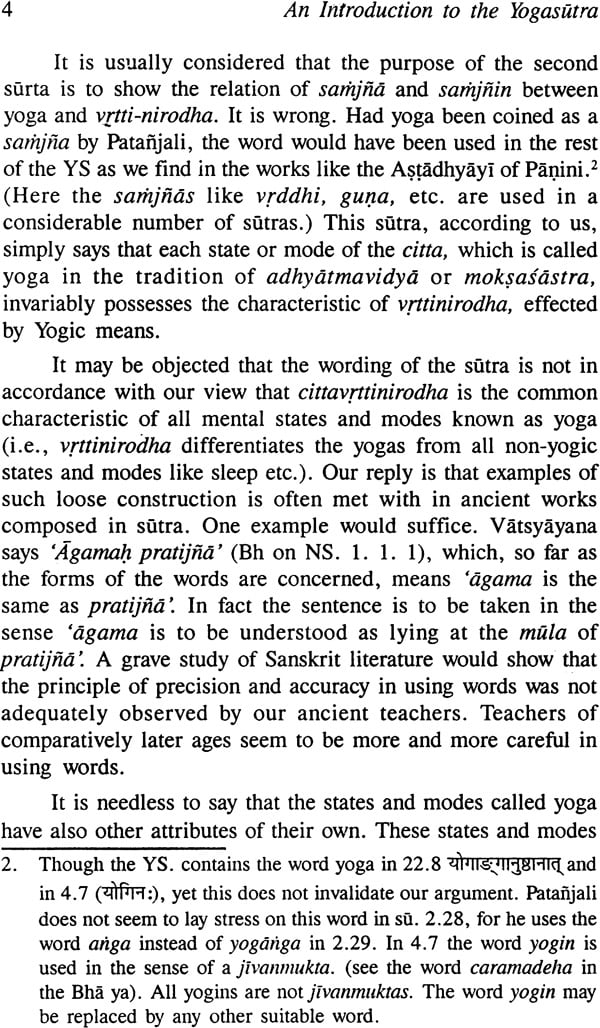 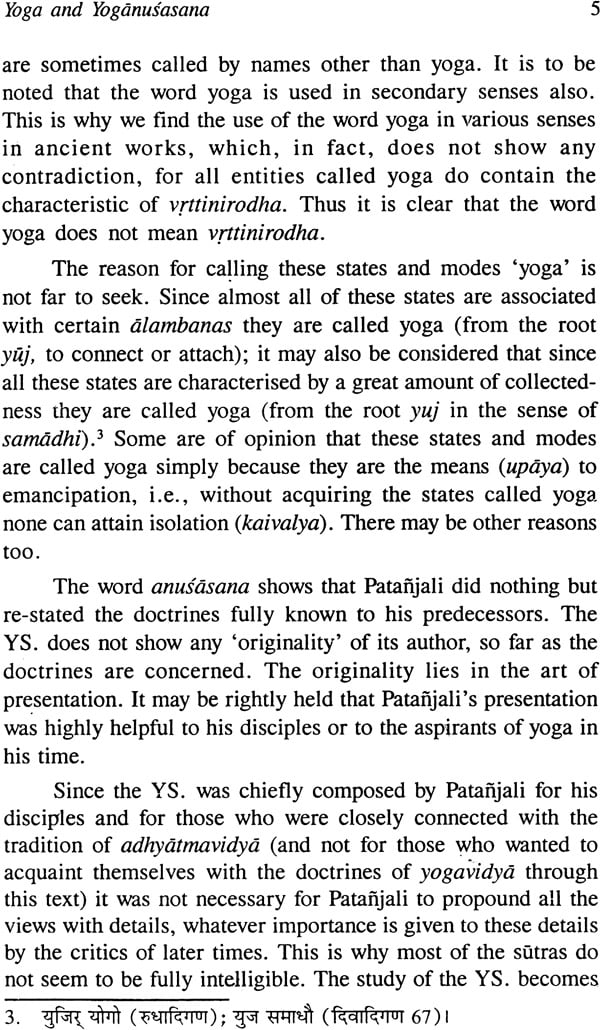 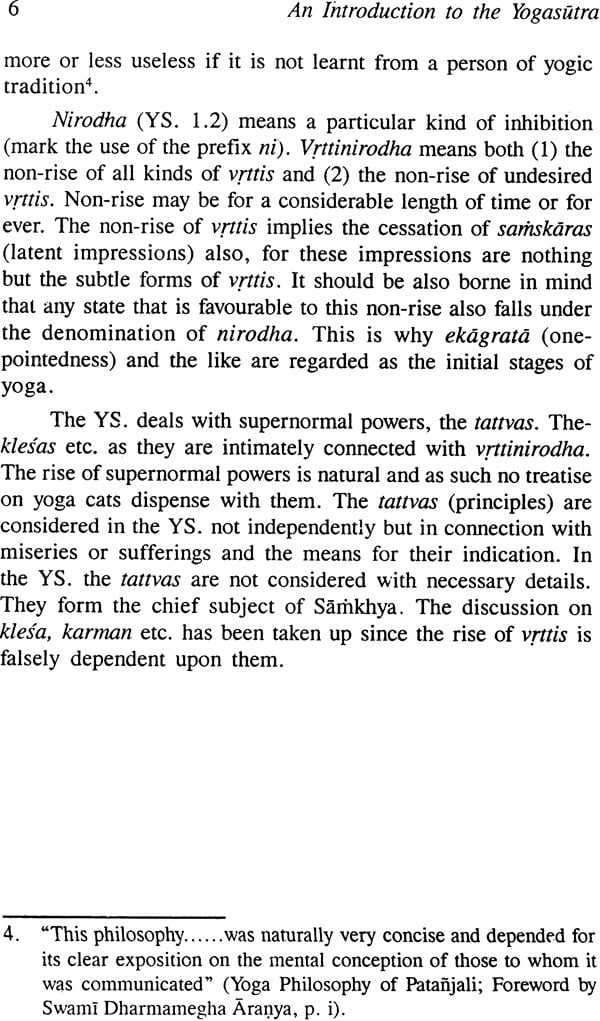 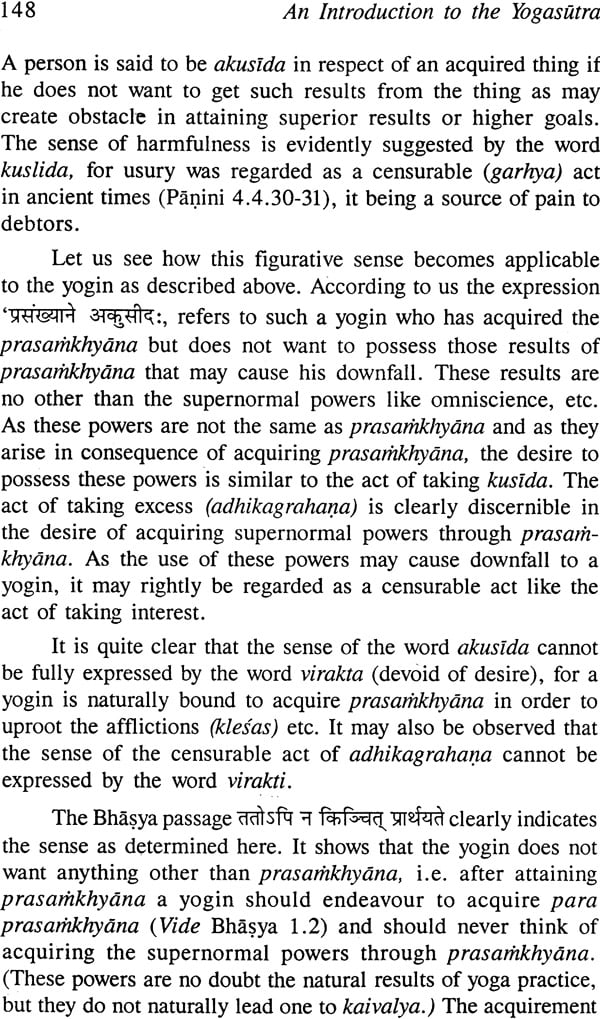 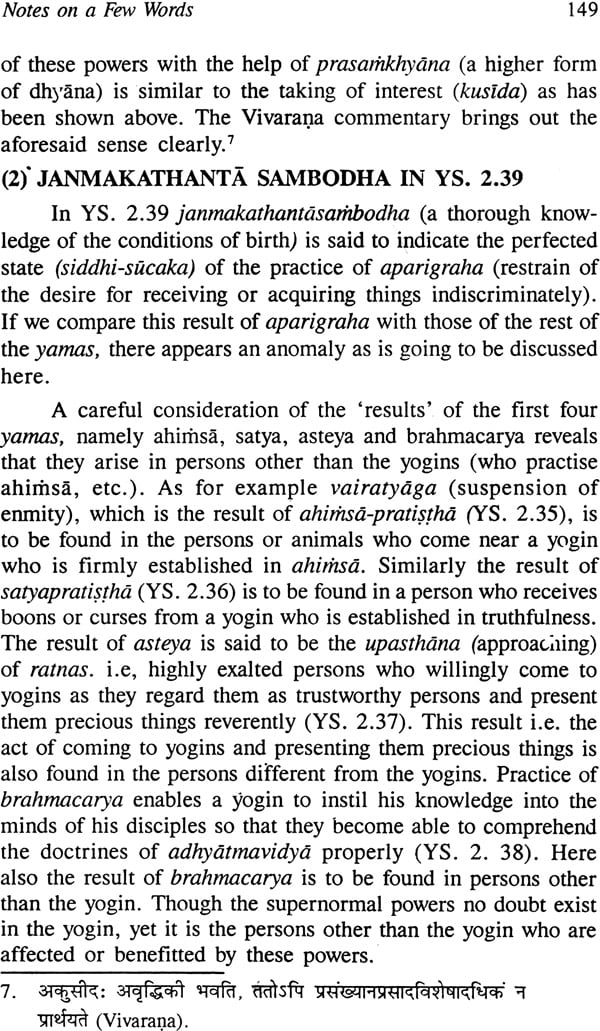 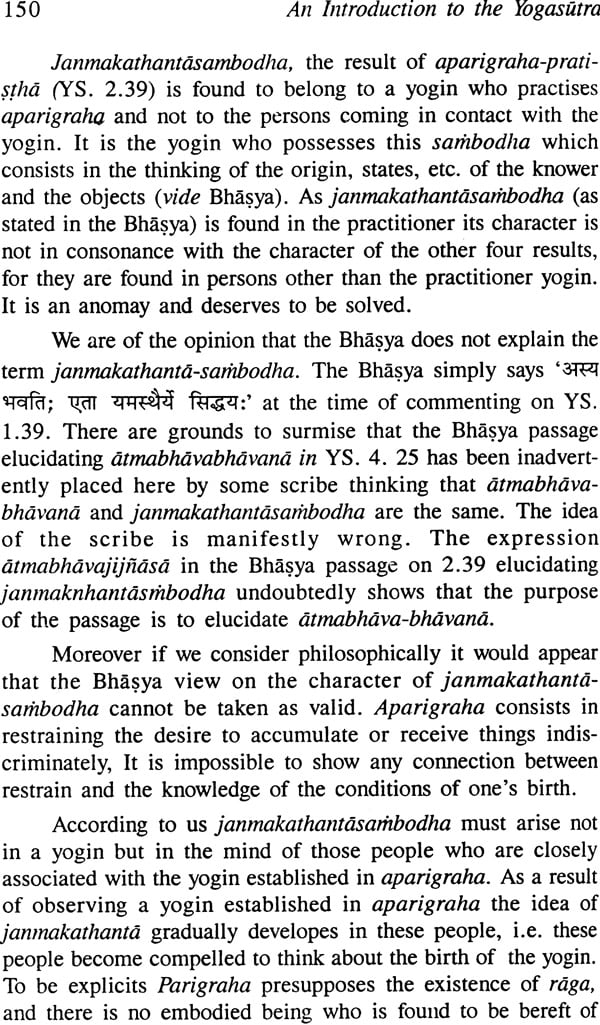 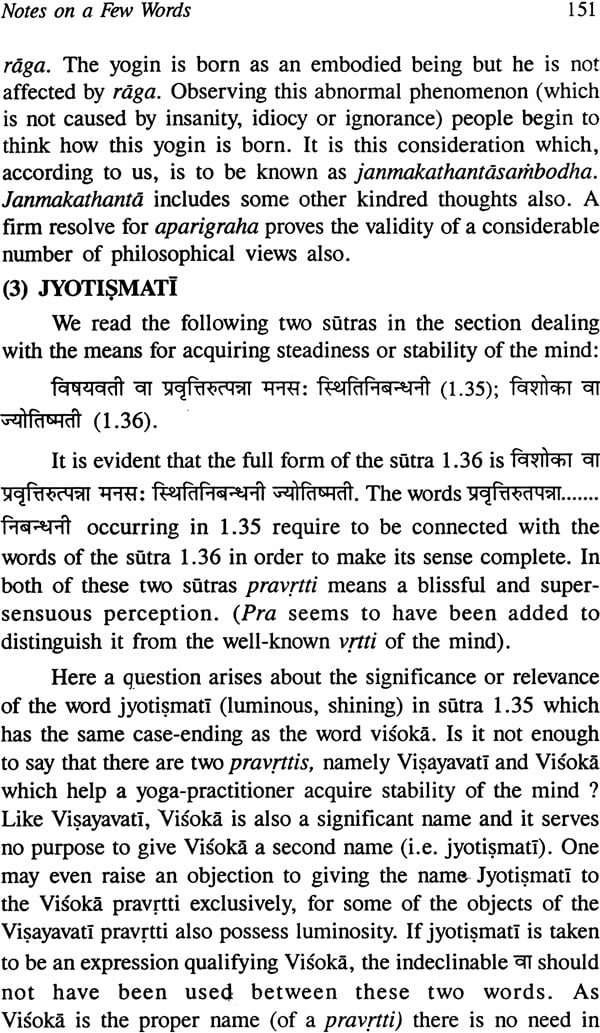 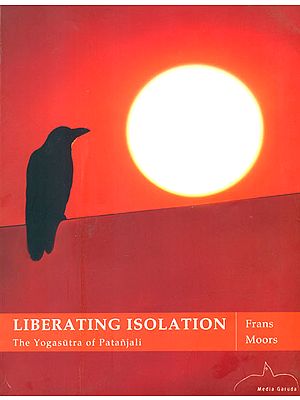 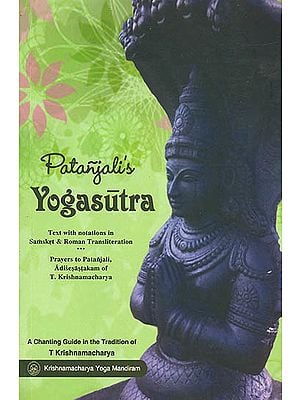 The Yoga of Patanjali (With an Introduction, Sanskrit Text of the Yogasutras, English Translation and Notes)
By M.R. Yardi
$52
FREE Delivery

The Original Yoga (as expounded in Sivasamhita, Gherandasamhita and Patanjala Yogasutra)
By Translated and Edited By. Shyam Ghosh
$33
FREE Delivery
Best Seller 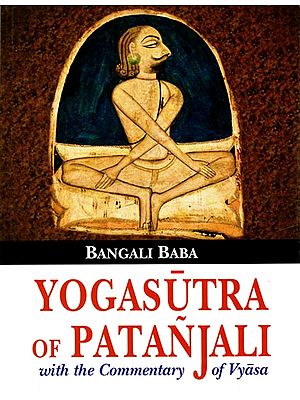 A Commentary on Patanjala Yogasutra Named The Ambrosia of Yoga by Sri Sadasivendra Sarasvati
By Dr. B. Krishnamurthy
$50
Out of Stock 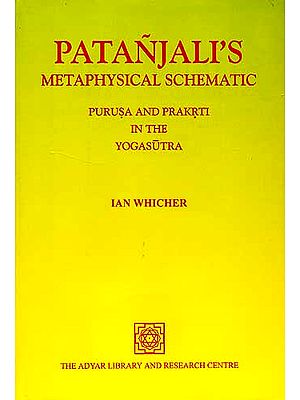 PATANJALI'S METAPHYSICAL SCHEMATIC: PURUSA AND PRAKRTI IN THE YOGASUTRA
By IAN WHICHER
$17

The Original Yoga (as expounded in Sivasamhita, Gherandasamhita and Patanjala Yogasutra)
By Translated and Edited By. Shyam Ghosh
$29
FREE Delivery 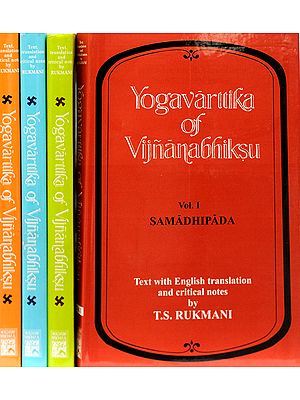 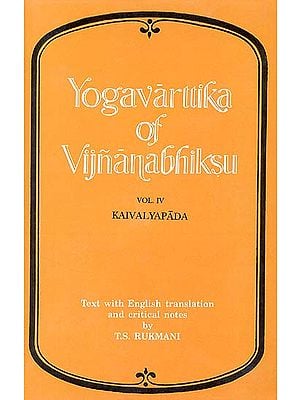