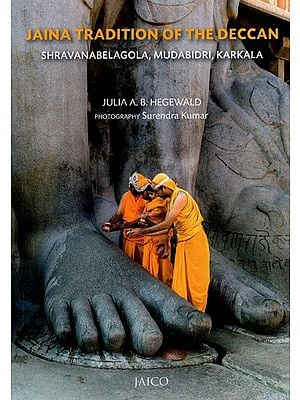 The awe-inspiring Gommateshvara image at the summit of Vindhyagiri above the town of Shravanabelagola in Karnataka is the largest figural monolith in India. Dating back to the 10th century, it is today the most popular pilgimage destination for Jainas in southern India, especially during the Mahamastak Abhisheka festival held here every twelve years. Smaller versions of the Gommateshvara statue belonging to later times are also seen at Karkala and Venur. Together with the town of Mudabidri, these sites all have Jaina shrines known as basadis built in local architectural styles housing stone and metal statues of the Jaina Tirthankaras.

Authored by Julia A. B. Hegewald, a specialist in Jaina architectural traditions and ritual practices, and illustrated with specially commissioned photographs by Surendra Kumar, Jaina Tradition of the Deccan provides and essential introduction to all these Jaina monuments. After outlining the history of Jainism in the Deccan, its beliefs and practices, the volume directs visitors up the granite hills at Shravanabelagola and Karkala to visit the basadis and Gommateshvara images. It the conducts visitors around the towns of Shravanabelagola and Mudabidri, describing the various basadis and their collections of precious images. It also covers the murals to be seen in the maths at Shravanabelagola and Mudabidri. This information should prove indispensable to interested visitors, scholars and students.

Shravanabelagola and Mudabidri are the two most exalted and holy pilgrimage centres of the Jainas in the Deccan. Together with their surrounding sites, they are found in the modern State of Karnataka, a region in which Jainism flourished and its art and architecture reached truly exalted dimensions. While the celebrated cluster of sites and edifices at Shravanabelagola is located on the plateau of southern Karnataka, Mudabidri and Karkala are situated near to its western coast. These two cultural regions are separated by the Western Ghats (Sahyadri Hills). This mountain range; running from north to south beside the Arabian Sea, was inscribed in 2012 on the list of UNESCO World Heritage Sites as an area harbouring an outstanding biodiversity.

Shravanabelagola, with its two sacred hills, was established in the 9th and 10th centuries, during the era of the Ganga rulers based at Talakadu in the extreme south of Karnataka. Dating from this time is the colossus of Gommateshvara, the tallest monolithic statue in the whole of India. Hewn out of solid granite, the colossal icon soars above the landscape and can be seen from a great distance. Also belonging to this early period is the charming temple complex at nearby Kambadahalli. Under Hoysala rule in the 12th-13th centuries, Shravanabelagola and nearby Jinanathapura were further developed.

The coastal belt of Karnataka (spelt variously as Canara, Kanara or Kannada) consists of two districts. The southern part, known as Dakshina Kannada, Tulunadu or Tuludesha, covered in this publication, has its own local languages and distinctive culture. Since the 7th -8th centuries, Jainism flourished in this peripheral zone, entering into fruitful dialogues with local traditions, creating a unique form of the religion, and developing an architectural style adapted to the heavy monsoon rains. Sites and temples were further expanded under Vijayanagara rule during the 14th to 17th centuries, when Mudabidri and Karkala developed into supra-regional religious centres, with multi-storeyed temples housing large-scale icons. These towns continue to play significant roles in the religious life of the region to the present day.

This guidebook is intended for visitors who wish to explore in detail the wonderful Jaina sites of the Deccan, in particular southern and western Karnataka. The publication covers general information on the history, religion and art and architecture of these regions, followed by detailed, illustrated descriptions of the sites. An itinerary is suggested at each site that will lead visitors around the monuments, explaining their outstanding features and precious images and their religious significance and ritual use.

The material presented in this publication has been assembled over many years of fieldwork in the region. The author would like to express her gratitude to Drs. George Michell and Pius Fedelis Pinto, and to the late Edward Noronha for helpful information and support on site. She would also like to thank the many local informants and pilgrims who generously shared their knowledge with her. Particular thanks go to Surendra Kumar for providing the marvellous photographs.

Jainism as a religious path to salvation originated in the eastern Indian region of Bihar in the 5th-6th centuries BCE. According to legend, a severe draught and resulting famine, which affected this part of the country during the 3rd century BCE, caused large numbers of the Jaina community together with some of its important religious leaders to leave the region. While one group of followers remained in the north but moved to the west, another group, allegedly led by the famous teacher (acharya) Bhadrabahu, travelled south to the Deccan region. These migrations resulted in the schism between Shvetambara and Digambara Jainas. Allegedly, emperor Ashoka's grandfather, Chandragupta Maurya, who converted to Jainism, accompanied Bhadrabahu as part of the southward relocation. According to legend, both the ascetic teacher and his imperial follower died a religious death by voluntary starvation (sallekhana) at Shravanabelagola. This story has become engrained in the religious memory of Karnataka through references in inscriptions and literary works, as well as at the sites and edifices supposedly visited by Chandragupta and Bhadrabahu. A more historical explanation for the arrival of Jainism in the south is that wandering monks transmitted the Jaina religion from Bihar through Orissa into Tamil Nadu in the 2nd-1st centuries BCE. From there, Jainism reached Karnataka around the 2nd century CE where it flourished under the patronage of local rulers, growing into an influential force, not just in religious terms but also politically.

Until the mid-12th century, Jainism in Karnataka dominated the religious lives of sovereigns, the ruling classes and large parts of the population. In the southern part of the region, in particular, the religion benefitted from the support of the Gangas who ruled from about 350 till 1,000. Legend recounts that the foundation of this dynasty was supported by the Jaina saint Acharya Simhanandi, and although the Gangas followed other religions, their promotion of Jainism was so persistent that they have been labelled a "Jaina dynasty". At least from the time of Shivamara II (r. 788-816), Jainism attained the status of a state religion. In addition to patronage from kings, queens and other family members of the court during this time, military generals who were in royal service also supported major building projects and made generous donations to Jaina sites. The most famous general of the era is Chamundaraya who served under Marasimha II (r. 963-75) and Rachamalla IV (r. 975-86), and who commissioned the Gommateshvara monolith and one of the shrines at Shravanabelagola. While traces of Jaina structures from the 7th century have been preserved, the earliest inscriptions, statues and temple edifices described in this publication date from the 8th-9th-century Ganga period. 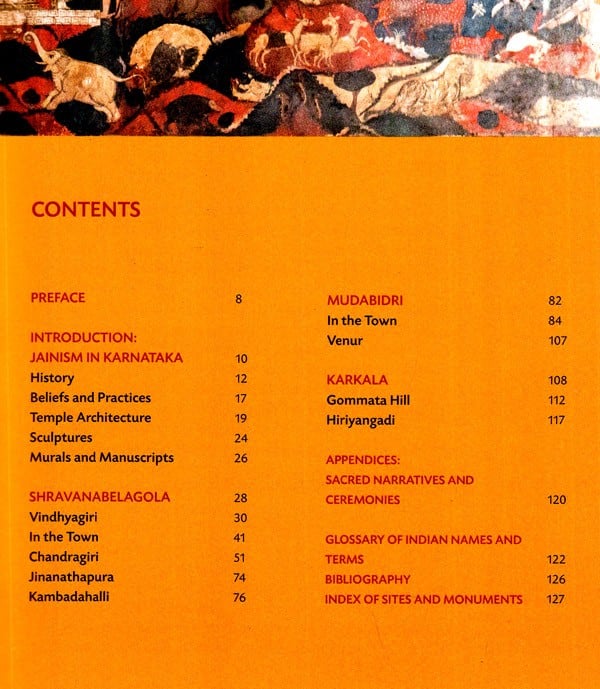 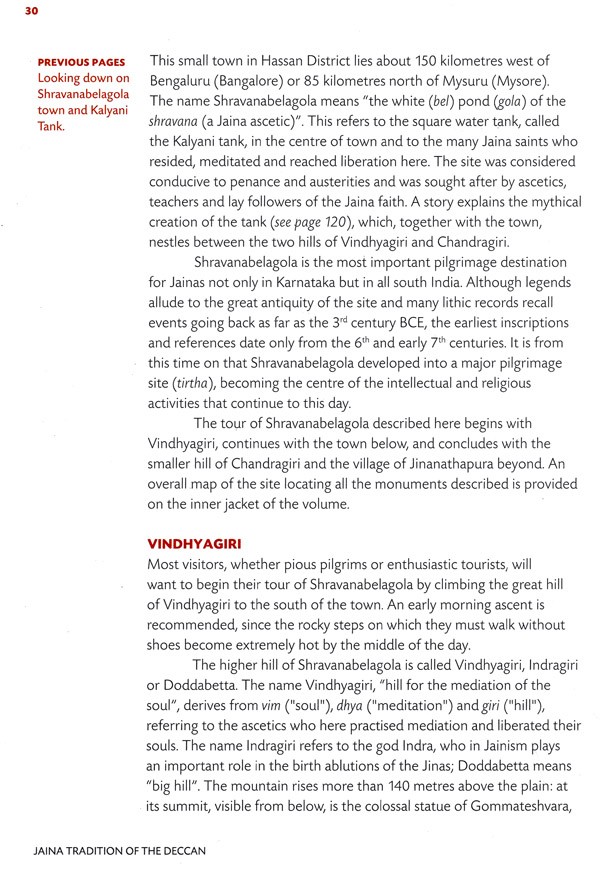 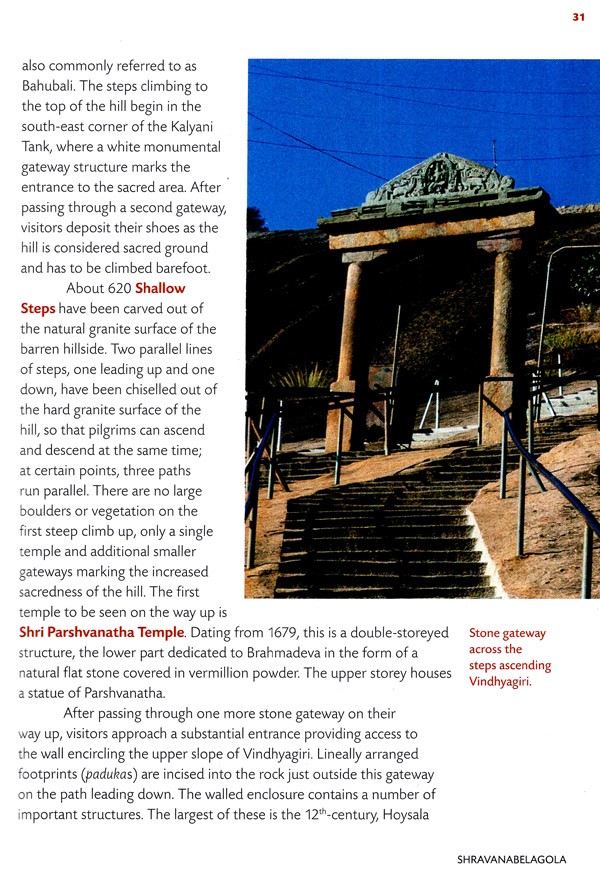 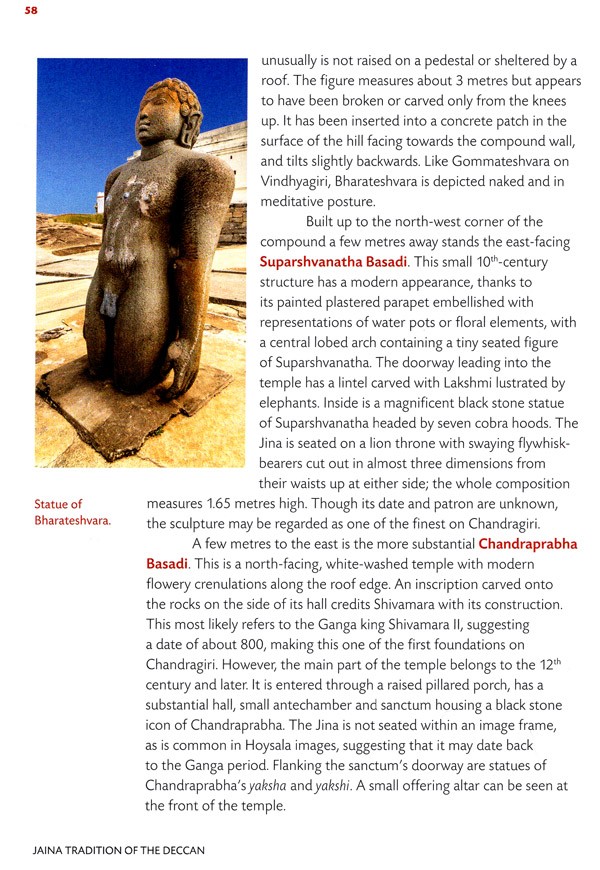 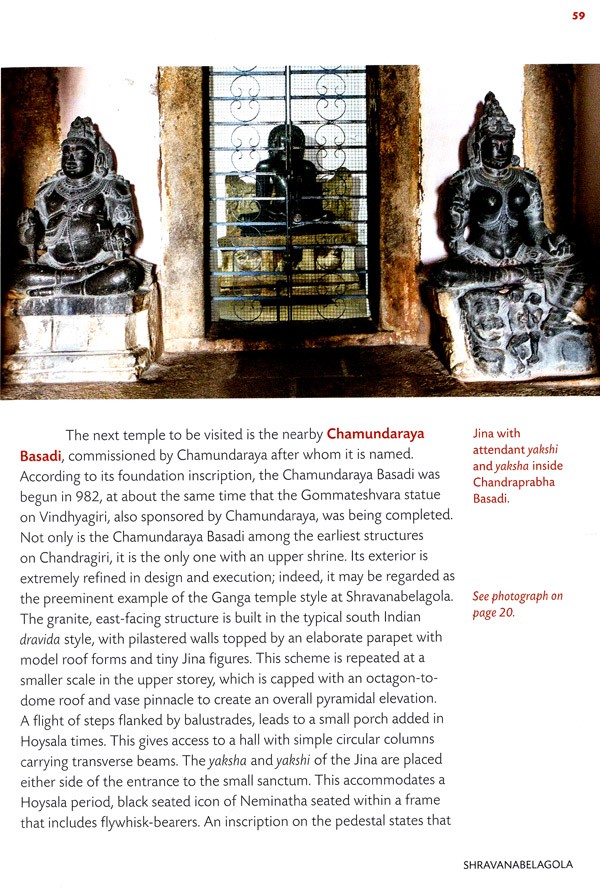 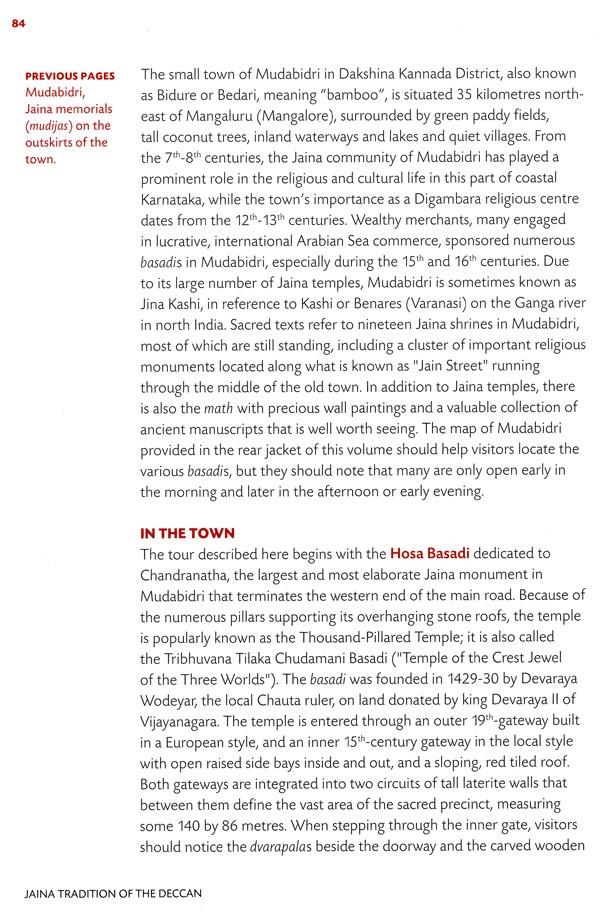 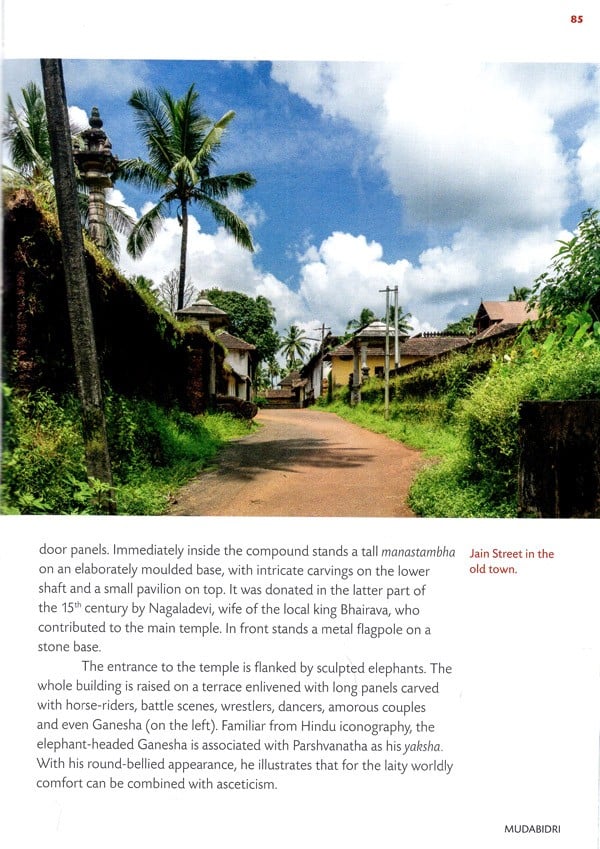