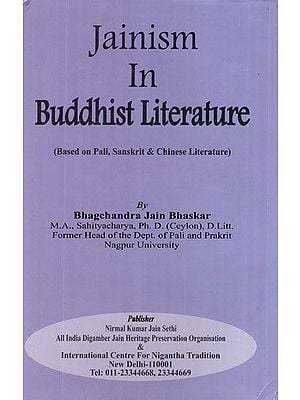 Jainism in Buddhist Literature (Based on Pali, Sanskrit and Chinese Literature)

Nearely a hundred years ago, Weber, on the basis of some superficial similarities, came to the conclusion that Jainism was an off-shoot of Buddhism. In 1884 Jacobi corrected this view and with a thorough investigation into the historical and traditional records of the two religions, established the fact that Jainism was an earlier and independent religion of India. Although over eighty years have passed since Jacobi's researches, the much-needed comparative study of Jainism and Buddhism has not been undertaken seriously. There have been passing references to their contemporaniety and doctrinal dissimilarities as well as the role they played together as a revolutionary opposition to Vedic Brahmana. The reason for the long delay in attempting a deeper study can easily be understood. The Buddhist literary and Philosophical works are in Pali and Sanskrit while the Jaina records are in Prakrit and Sanskrit. Neither in India nor in Ceylon do we find many scholars who had the opportunity of acquiring competence in all the three languages, Apart from the linguistic equipment, there is the more difficult problem of understanding fully the religious, philosophical, ethical, and epistemological naunces of both religions. An adherent of Jainism or Buddhism knows his religion only ; but for comparative studies, a thorough grasp of botha is sine qua non.

My early studies gave me an opportunity to acquire an adequate knowledge of Sanskrit, Pali, Prakrit, Philosophy and Ancient Indian History and culture and Archaeology. While studying for my M. A. in Pali I went through many Buddhistic texts. But these, in themselves, could not have given me the requisite qualification to handle a subject like Jainism in Buddhist literature.

When I was awarded the Commonwealth Scholarship for study in Ceylon and admitted to Vidyodaya University of Ceylon, I felt that I could undertake a comparative study between Jainism and Buddhism more successfully. I was provided with the most suitable environment and facilities for this work. As a Jain I was conversant with my own religion and Vidyodaya, being a revered seat of Buddhist learning, the venerable scholar-monks who guided me in my researches knew all about Buddhism. This, indeed, is a very rare opportunity for one who wants to study Buddhism. That is why I did not mind giving up half-way the work, I was doing at Benares Hindu University as a University Grant Commisssion Scholar, on the Saddhamapundarika.

This thesis represents only the beginning of a series of comparative studies which should be undertaken in the field of Buddhism and Jainism. My attempt is to trace the references to Jainism In Buddhist literature and to evaluate the information contained therein. It has been my intention to find out the degree of accuracy and completeness with which the Buddhist literature has recorded various dogmas and teachings of Jainism.

The method addopted by me has been to examine the data in the Tipitaka, the Pali Non-Canonical literature and Sanskril philosophical works in that order. I have utlized the original texts in Pali and Sanskrit as far as possible. Where similarities or original Jaina versions of any doctrinal point were observed, the Jaina works in Ardhamagadhi and Sauraseni Prakrits and Sanskrit were used.

One observation has to be made at this stage on the scope of the research I had undertaken. Contrary to the general belief, the data on Jainism available in Buddhist Literature are very meagre Though contemporaneous, the Buddhist records have only made scanty references to both Jainism and its Tirthankara or Tirthankaras. These references are distributed all ever the voluminous literature and the search for them has been a very arduous task whose magnitude and difficulty may not be very clear to an ordinary reader of these chapters.

My indebtedness to previous authors and translations of the Pali, Prakrit, and Sanskrit literature has been duly acknowledged in the references and the bibliography.

Jainism and Buddism alike held Non-violence as a supreme virtue and laid emphasis on celibacy and renunciation. They like wise condemned animal sacrifices, preached kindness to all creatures, big or small, and strove, not for worldly prosperity and happiness, but for absolute release from the cycle of birth and death through the goal of Salvation, Moksa or Nirvana. Both the Prophets, Mahavira and Buddha, were Ksatriya princes of Eastern India, and both renounced their kingdom for a life of asceticism, attained perfect knowledge through meditation and preached to the people the way to peace. Their career was spent for the most part in the province of Bihar where they were both born and died. Jina, Buddha and Sramana were their interchangeable titles, and many proper names such as Siddhartha, Gautatna and Kasyapa were common in their hierarchies.

These and many other common features misled the earlier Western historians, such as Elphinston to propound the view that Jainism was no more than an offshoot or school of Buddhism which had very wide ramifications in Asia and a much greater circle of followers in ancient India itself. This opinion, however, underwent a radical change, when scholars like Jacobi and Hoernle studied the Jaina and Buddhist systems more closely and analysed dispassionately the facts revealed by the ancient texts of the two systems of thought. It was then established beyond dispute that Jainism was not only independent of Buddhism, but it was older of the two in its origin and development, and it was preached more than two centuries earlier than Mahavira by Parsva whose followers had continued to maintain their identity and religious propaganda all through the period, so that the parents of Mahavira, and probably of Buddha also, belonged to that faith. The name of Buddha's father Suddhodana is in itself a testimony that he was a pure vegetarian, a rice consumer, implying there by that Ahimsa was his creed.

Opinion is also unanimous that the two Prophets were contemporary. But, for how long, who was senior of the two and who attained Nirvana earlier, are disputed questions. Among various calculations and theories about Buddha's Nirvana, the two deserve particular attention. One is the reference in Ceylonese Chronicles, according to which Buddha achieved salvation in 544 B. C. The second evidence is provided by the Chinese dotted Records which go to prove that the event took place in 487 B. C. This evidence is also in accord with an earlier Simhalese tradition. As against this, there is only one stable tradition about Mahavira's Nirvana that it took place 470 years before Vikrama and 605 years before Saka i. e. 527 B. C. There is plenty of literary and epigraphic evidence to support this, and what is claimed to militate against this has been again and again proved to be based on an error or preconceived notions. There are frequent references in the Pali literature of the Buddhists themselves that Nigantha Nataputta i. e. Mahavira was one of those six Tirthankaras or teachers who were senior to Buddha and were sufficiently famous and popular to be consulted by the contemporary monarch Ajatasatru on matters of religion and philosophy, before Buddha could be thought of for the purpose. Not only this, but it has also been clearly stated that when the news of Mahavira's Nirvana reached the ears of Buddha, the latter thought it fit to summon all his followers together and warned them against any schismatic tendencies after his death, as was allegedly happening in the case of Mahavira's Nirvana. To ignore these facts as erroneous, because they run counter to one's own fanciful theories and calculations, is not rational and logical.

Doubts and debates apart, there is no denying the fact that Mahavira and Buddha had a contemporaneity of more than two decades, preaching in the same localitis and finding some of their followers changing allegiance from one to the other teacher even more than once. This, taken into account with the fact that they both belonged to an earlier phase of the Sramana ideology, would naturally lead us to expect a large amount of similarity in the teachings of the two systems and numerous references to one another in their literature. This is more so in the Buddhist works than in the Jaina, presumably because the younger were more envious of their seniors than vice versa. On the other hand, it is also a fact that the known Jaina canonical works assumed their present shape much later than their Buddhist counter-parts. Hence, what-ever historical, philosophical or religious references to Jainism are found therein, they are of great importance, not only for both the systems of thought but for the cultural history of India as a whole.

This is what has been thoroughly studied by the author of the present book, Dr. Bhagchandra Jain. He is by birth and faith a Jaina and a Buddhist scholar by choice. He has not only dived deep into Buddhist literature, but also stayed long and travelled widely in Ceylon, collecting sifting, selecting and classifying his data. The book "Jainism in Buddhist Literature" was originally submitted as a thesis for a Doctor Degree, and its acceptance for the same in a Ceylon University was a strong evidence of the fact that it withstood well. the scrutiny of a team of specialists. Still Dr. Bhagchandra did not think it fit to project his thesis into publicity immediately after receiving his Doctorate. He allowed it, as well as himself, to ripen with age and experience, while he engaged himself in teaching Pali and Prakrit at the University of Nagpur. He has put his finger, not only on all the direct references to Mahavira and his teachings, but- also on all those ideas and practices which appeared to have a common basis. The wealth of information stored in this book, the scholarly marshalling of well authenticated facts, penetrating judgement, systematic exposition and balanced conclusions make the book indispensable for all lovers of Indian culture as well as for those who wish to undertake any kind of study or research work in the field.

I congratulate the author and bestow my best blessings on the young scholar from whom I have reason to expect further contributions to our knowledge on a subject which in its own way, is of deep interest and supreme importance in the domain of Oriental Classical Studies, 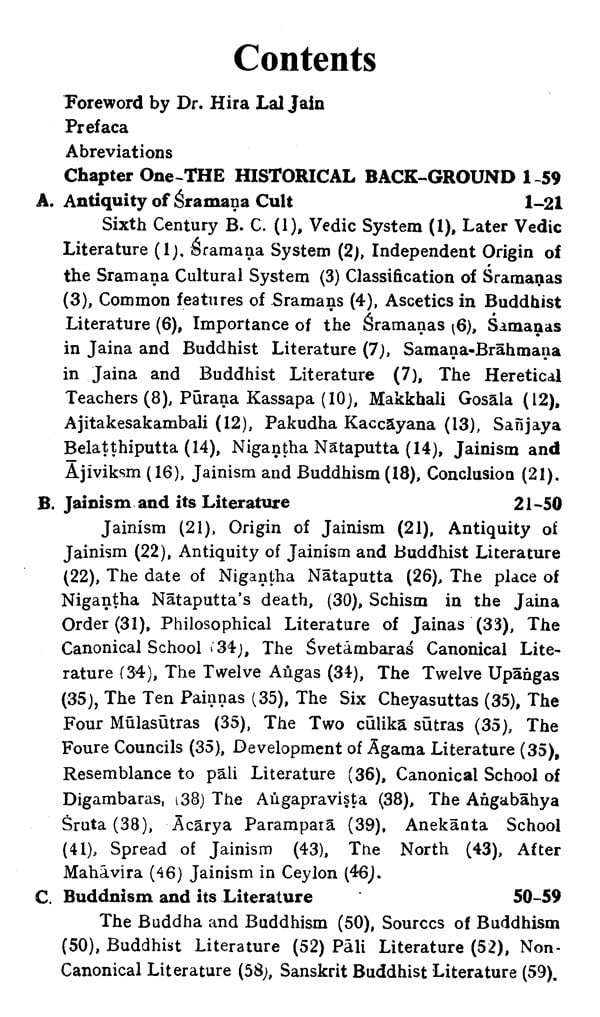 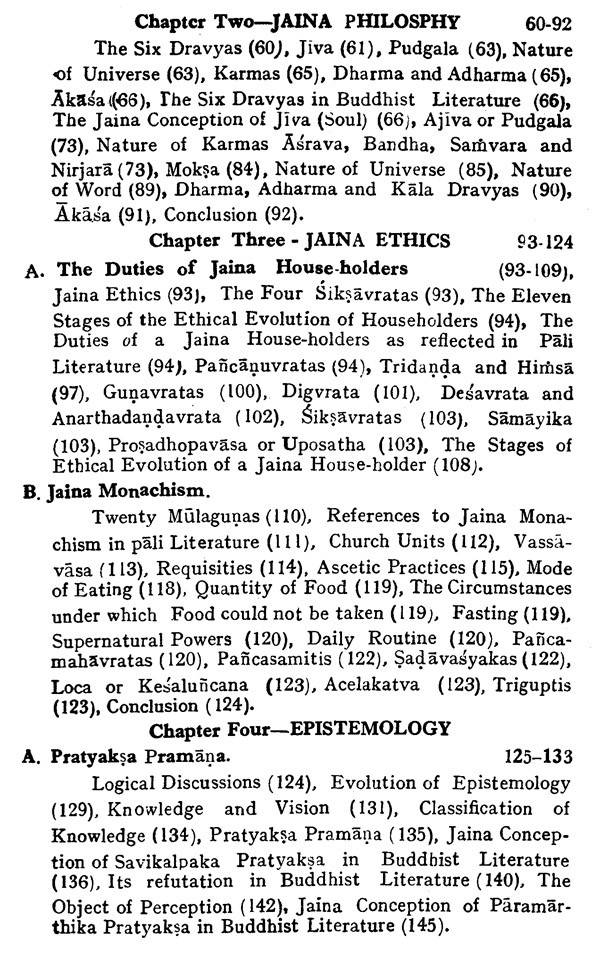 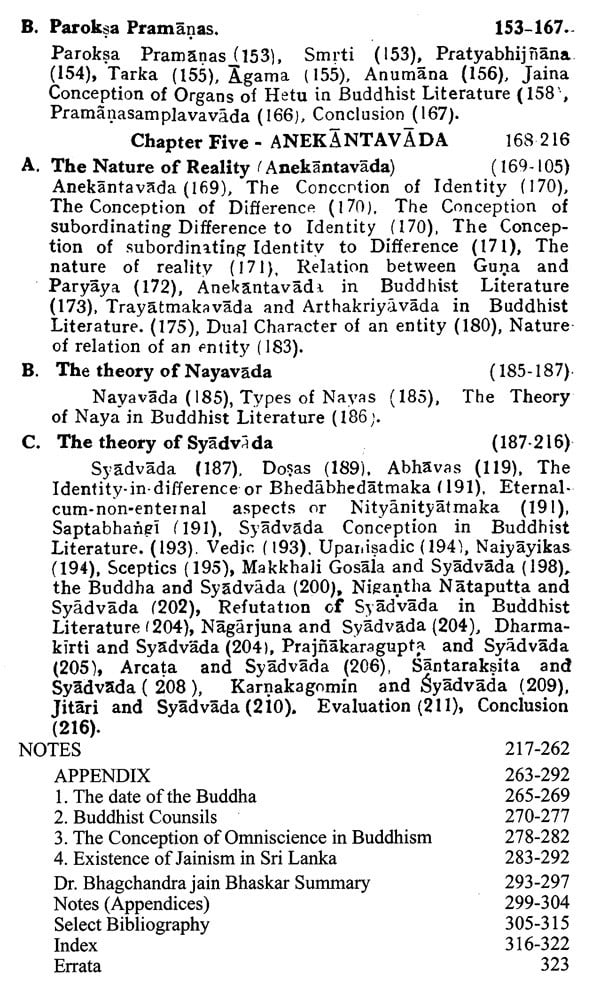 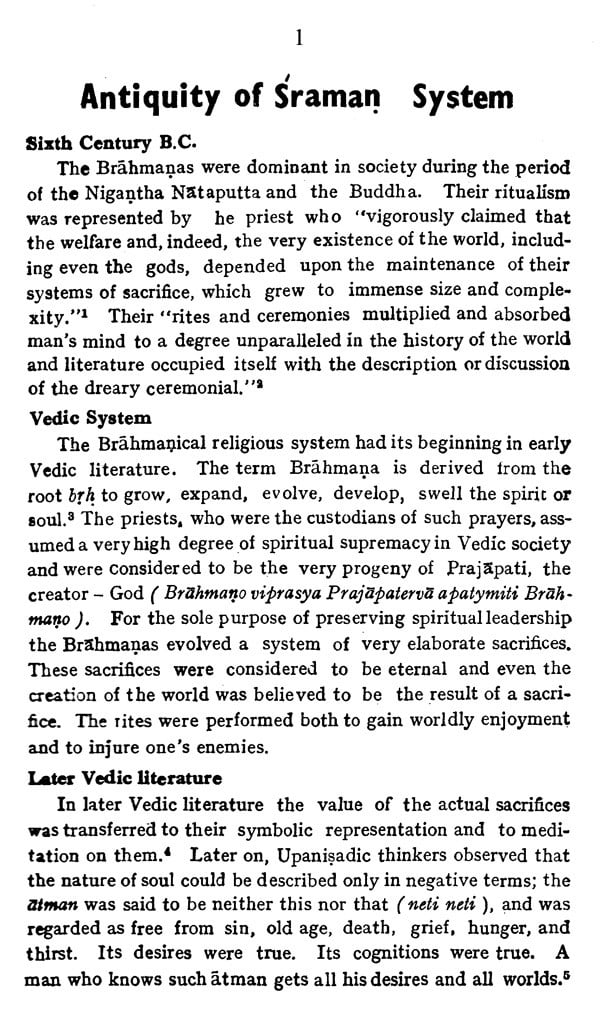 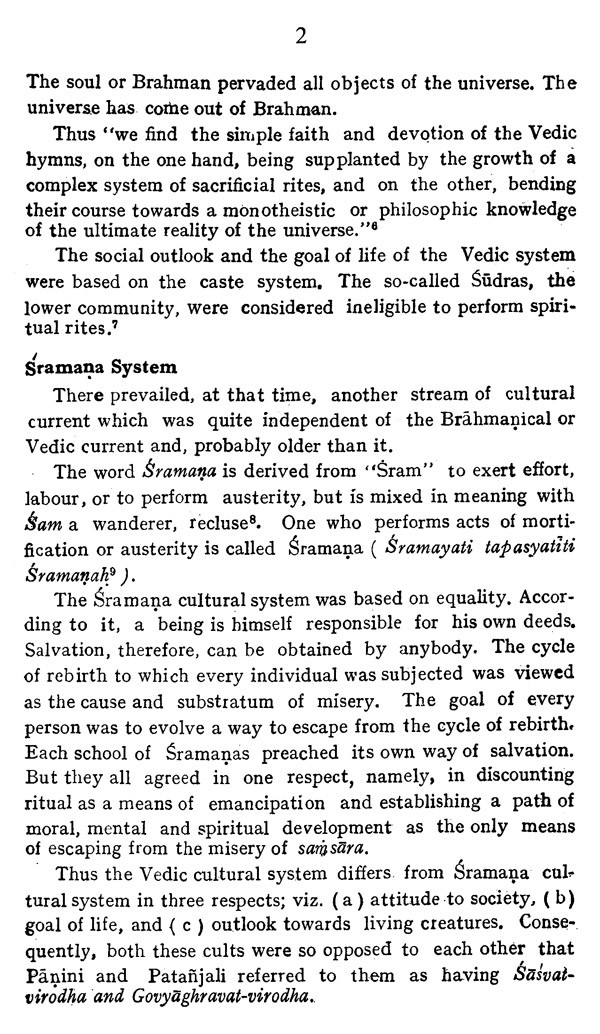 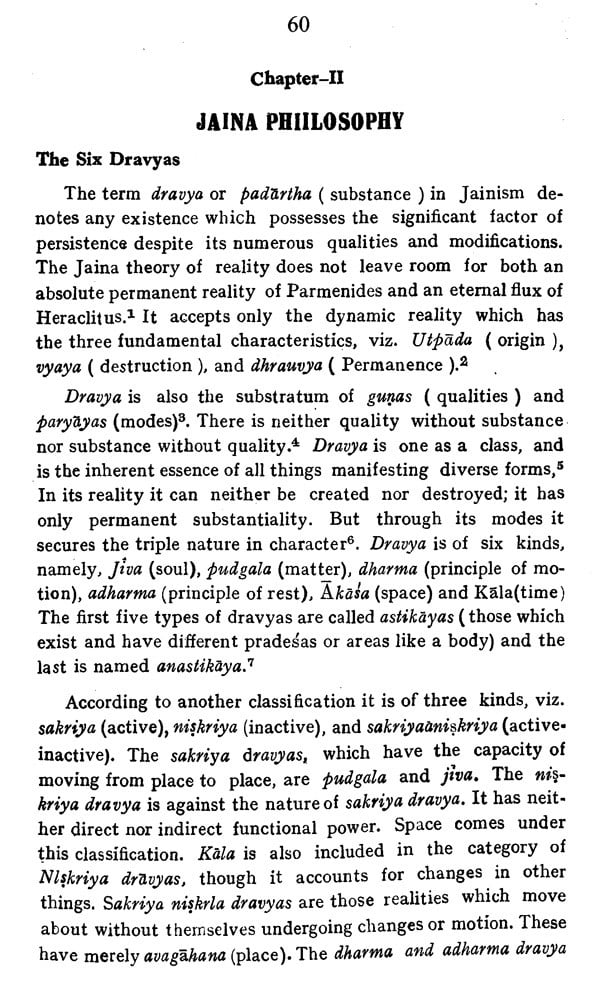 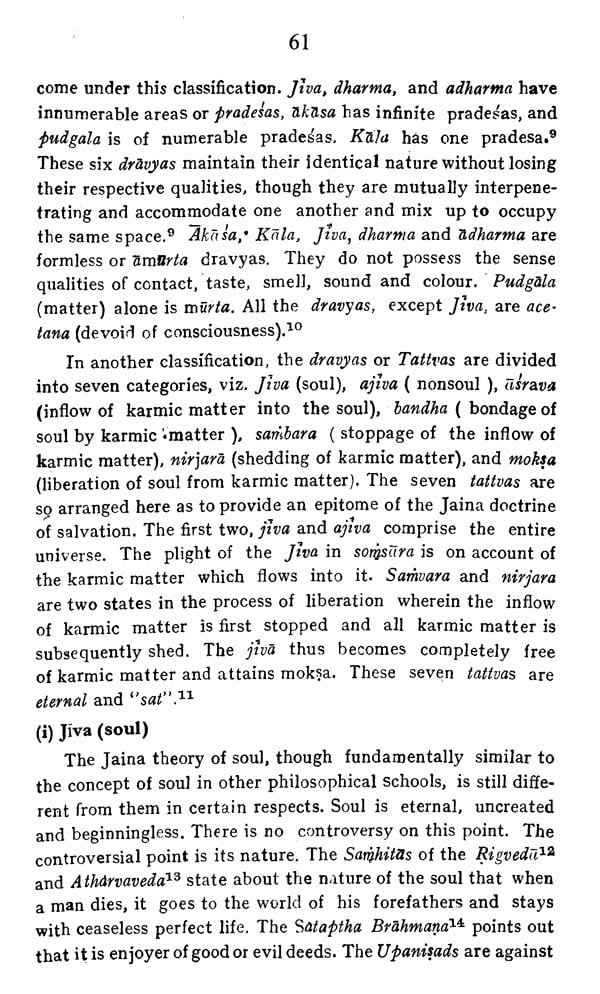 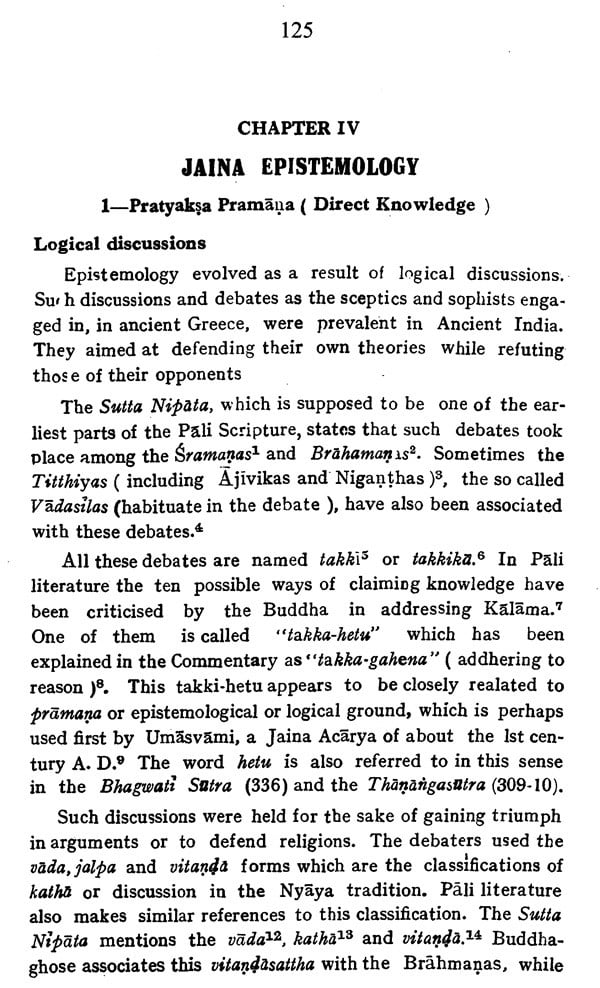 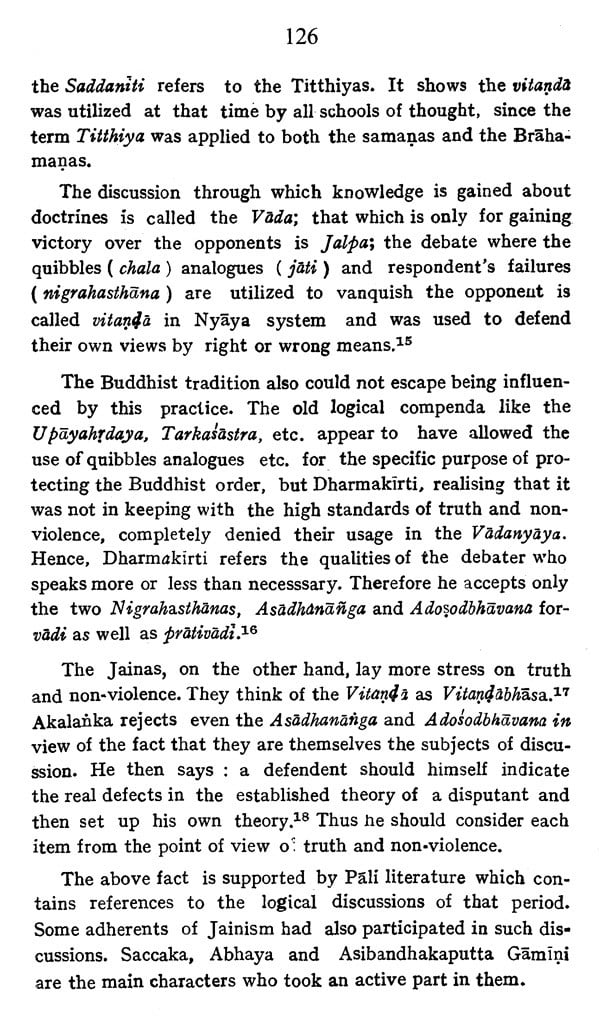 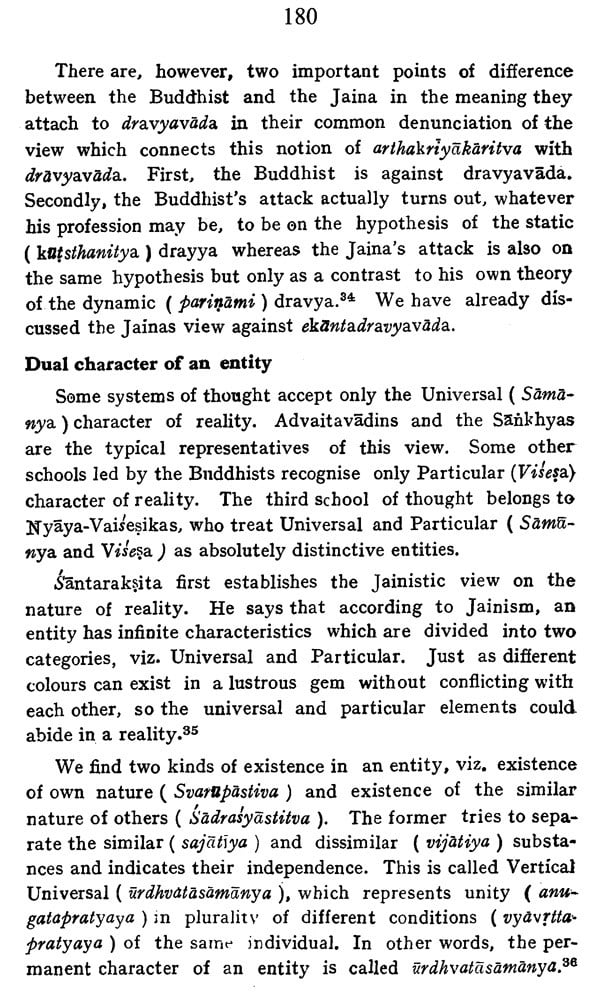 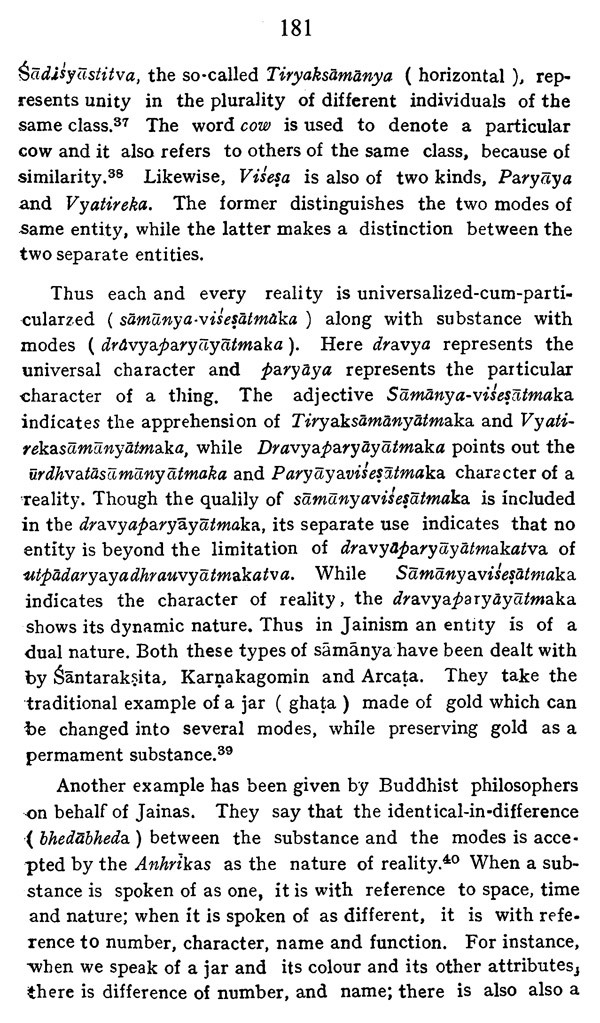 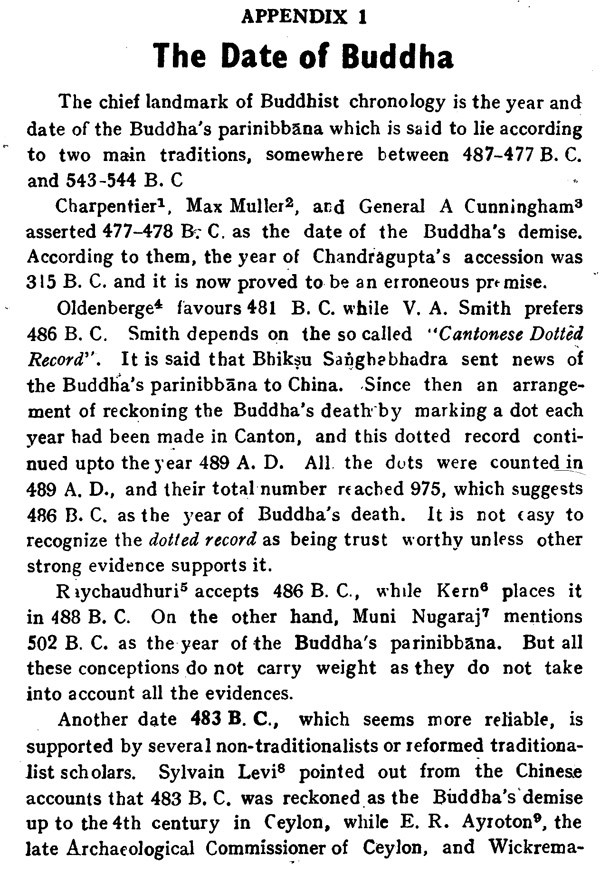 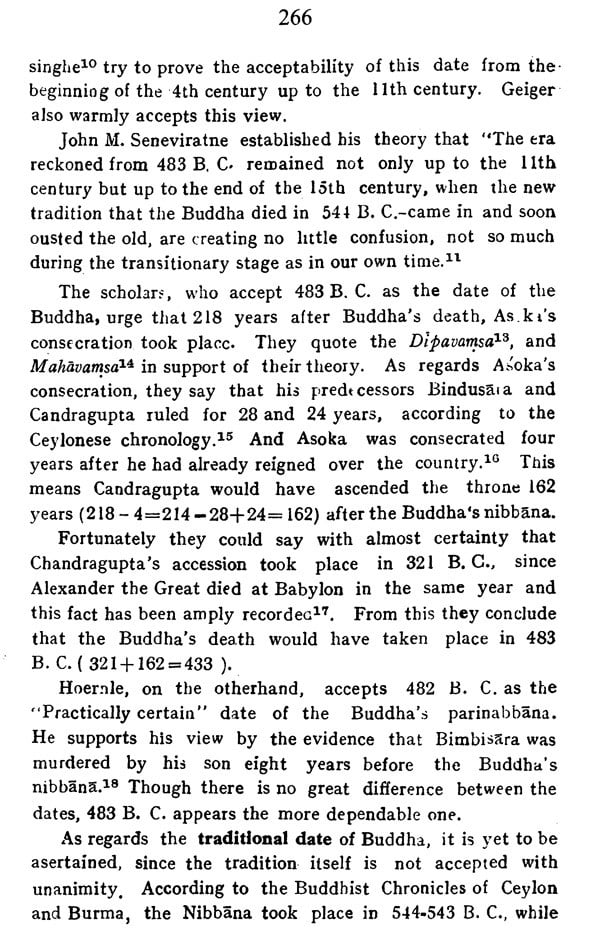