Krishna's Kiss - Bhagavad Gita as a Love Letter from God

The great Lord, the Flautist, Krishna has come down to kiss us. We cover our cheeks with our hands. We do not want his Kiss. We want something else-an I-phone, a larger house, promotion, pay hike-oh It’s a long list.

Lord Krishna gave Bhagavad Gita to us only to prepare us for His Kiss.

The kind Lord almost whispered Bhagavad Gita in your ears. Why? Only to remove your hands from your cheeks. So that he can Kiss you with His beautiful Lips.

I beg of your dears, please, remove your hands. Once you taste His kiss everything else in the world will be insipid. And that kiss can even transform an ugly frog into a handsome prince. But once you taste that kiss you will never want to become a prince. You will rather be a frog living in filth, waiting for that kiss for all eternity.

The name Bhagavad Gita has been translated as “The Divine Song”. Or “The Song Celestial.” Or as “the song of Love.

This is not a religious book; but a book that will usher in a new religion, a religion of love”

I met a professional colleague after a long time. He was pale. His face was not all right . I held his hand and asked him the reason.

What he said thereafter made my heart bleed for him Blood sugar levels had rocketed up to 550and he is now insulin-dependent . He is hardly 50.

At the end of a long narration when he asked ,"why me?" I did not know how to respond. I just tightened my grip on his hand.

There was another man , a very sincere professional colleague. In fact he has even taken a vow not to tell lies. It is a tall order if you are a charted accountant . But this man is very pious and i am sure he speaks truth all the time.

He went for a bank audit. He gave a questionnaire to the Branch Manager and asked for his answer. The manager was not ready for audit. My friend asked him to prepare the information and call him as soon as the information was ready.

Two hours later the Branch Manger went into the toilet attached to his cabin and killed himself. There were some problems with the bank accounts and he did not want to be grilled by the auditor.

Now the auditor was grilled by the police. They suspected that the auditor had indirectly instigated the Bank Manager's suicide by his harsh way of questioning .

We normally complete the bank audit in a week's time. But it took more than two months for him to complete the work. And that too after spending many sleepless nights in the police station.

When he asked me "Why me, of all the auditors?" well, I focused my attention on a dust particle on the floor.

I never thought that I will ask same question to my Lord.

I completed the last chapter of this book , Krishna's Kiss, on 7th December, 2013. I have been working on this book for more than a year. And if you reckon the period from the time the seed was sown in my mind, well, it should be more than twenty years.

I have been struggling with the script since 3rd October, 2013. To say that this project became an all - consuming passion is an understatement.

While working on the script I had to manage my professional work as well. I had to handle some of my toughest professional assignment during the time.

I had to travel. I had to slog . I had to do a million other things. But in spite of all those things this book got written.

When I finished the last chapter of this book I was in tears. I looked above and shouted:

How can a middle aged , sleep - deprived mofussil accountant do justice to the glory and splendour of Bhagavad Gita ?

How can a man who does not even known Sanskrit write a seven hundred and odd page book on Gita.

Why did you choose me, Lord? when I was struggling for a single idea or a way to expression you flooded me with a million alternatives that at one time I found it difficult to bring every thing into this book. why , my Lord?

Why did you make me complete the project in record time?

When there are a million others, each one of them million times more competent than me to handle the job , Why me, Boss?

I don't know the answer. Do you? 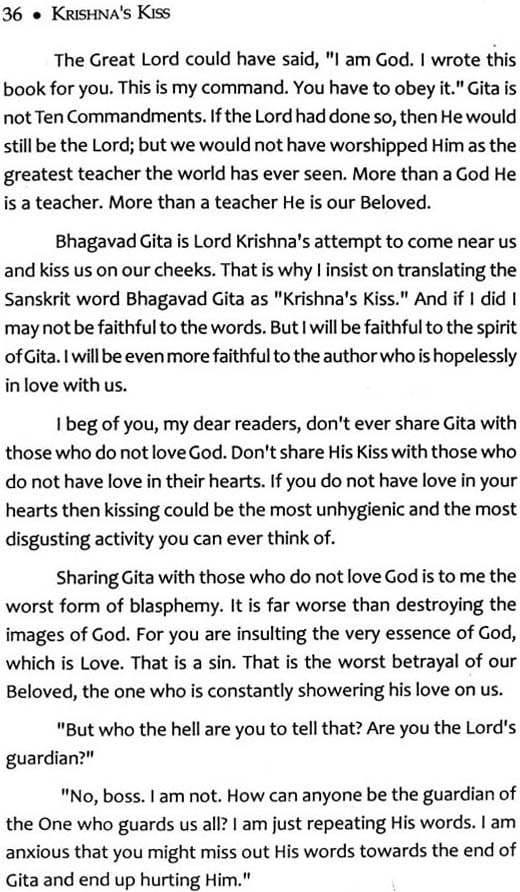 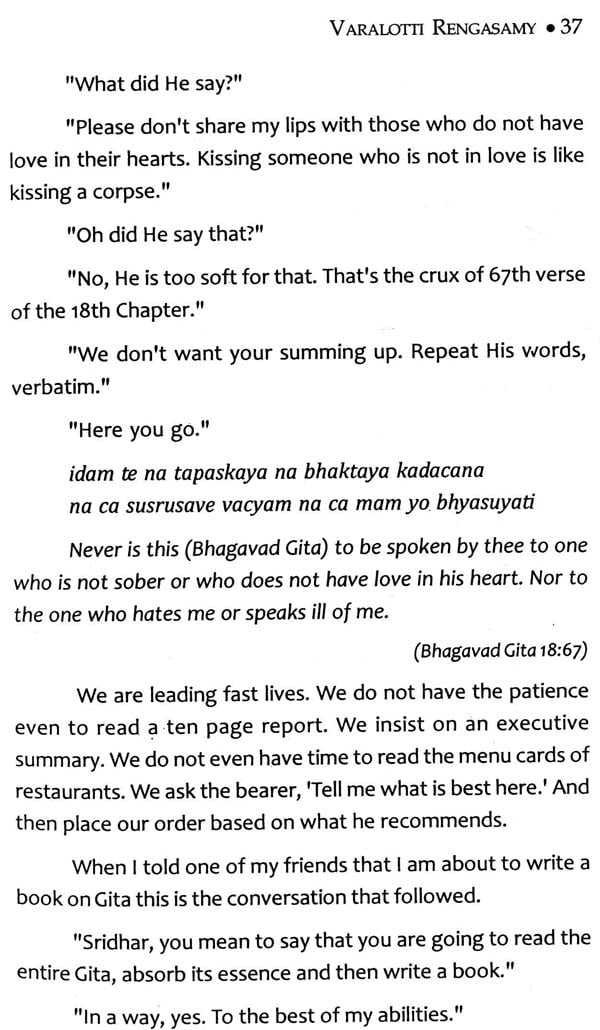 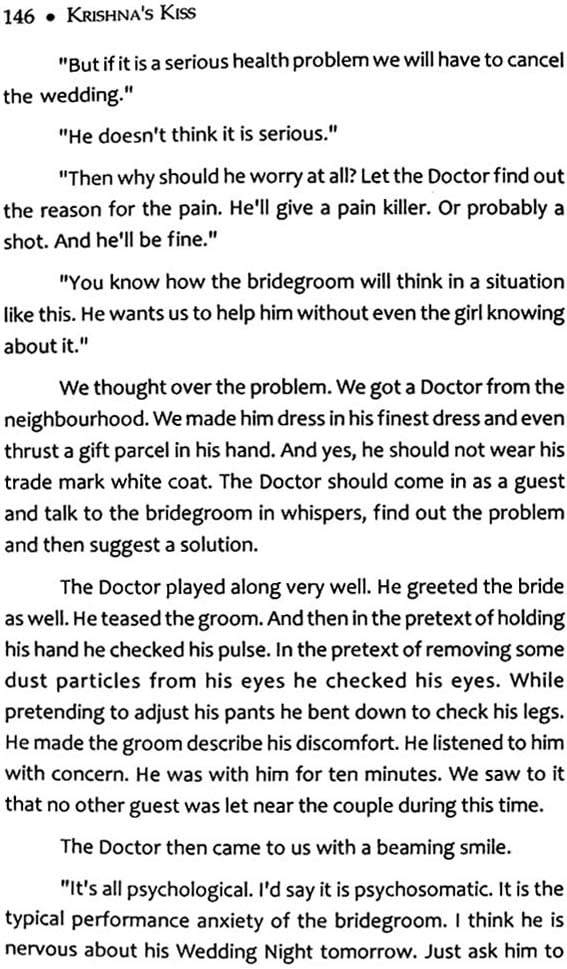 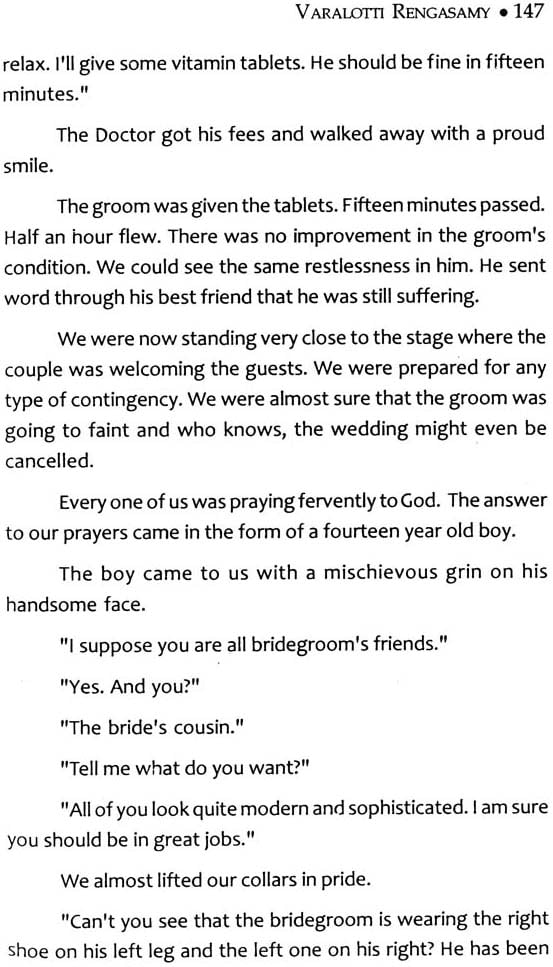 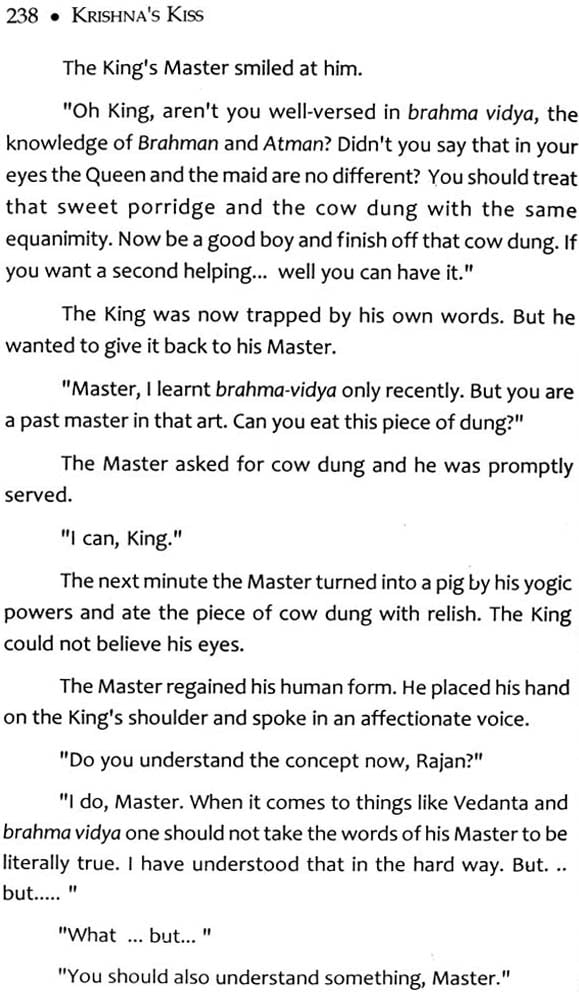 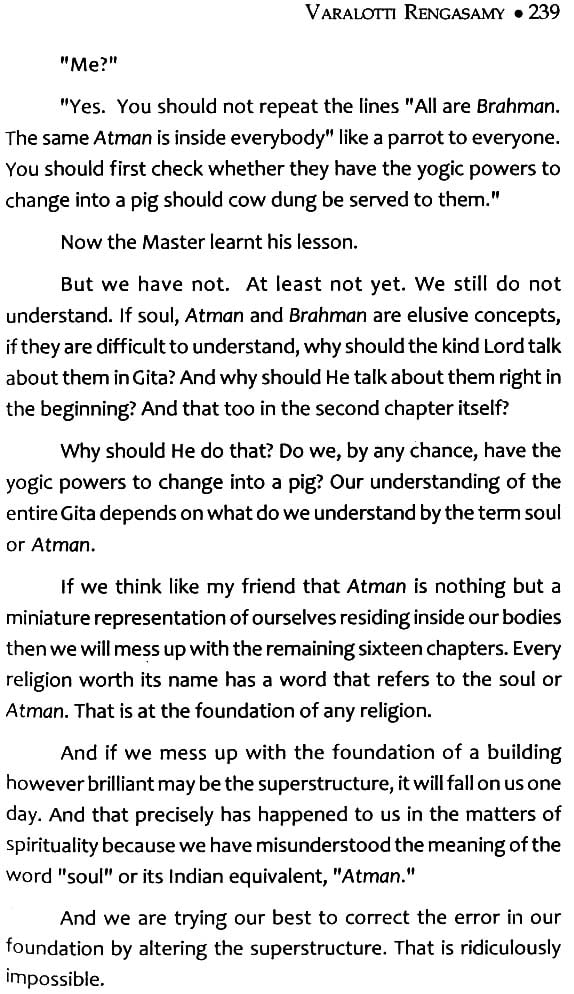 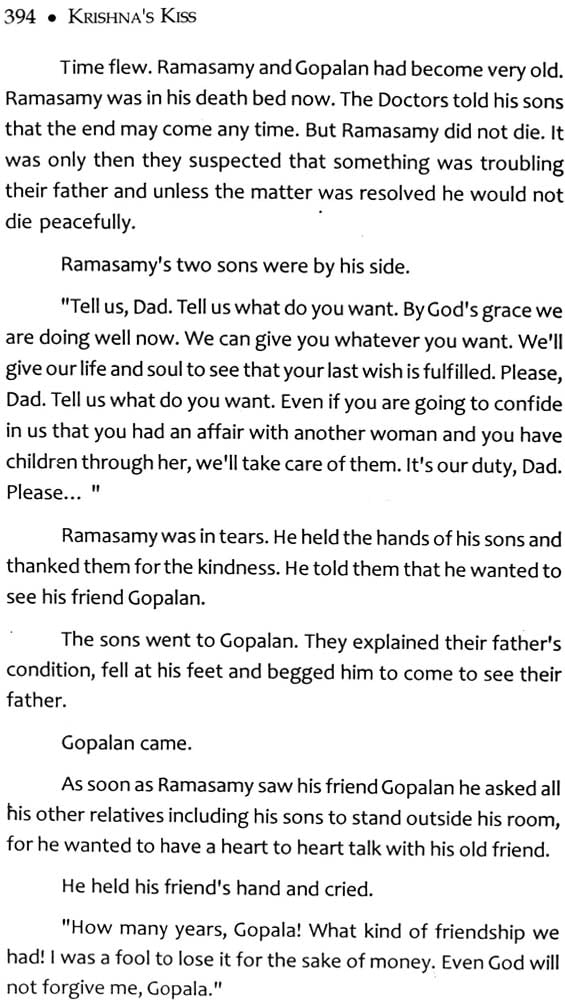 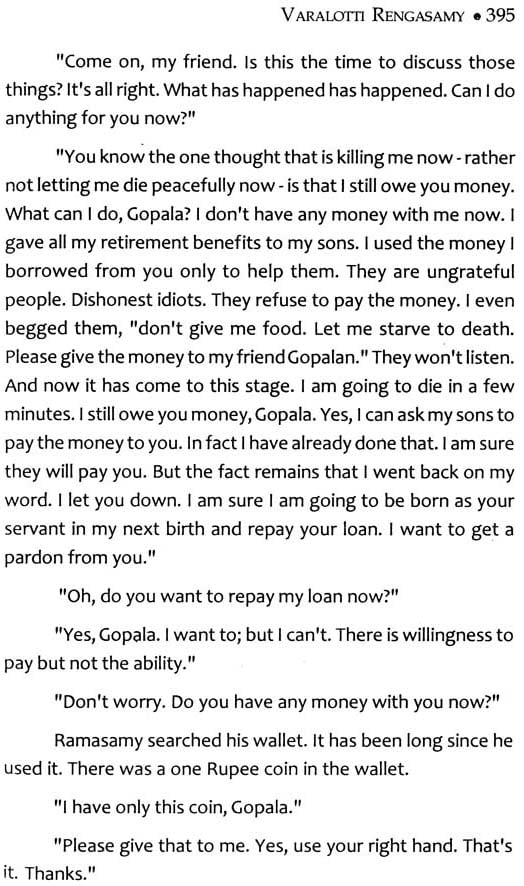 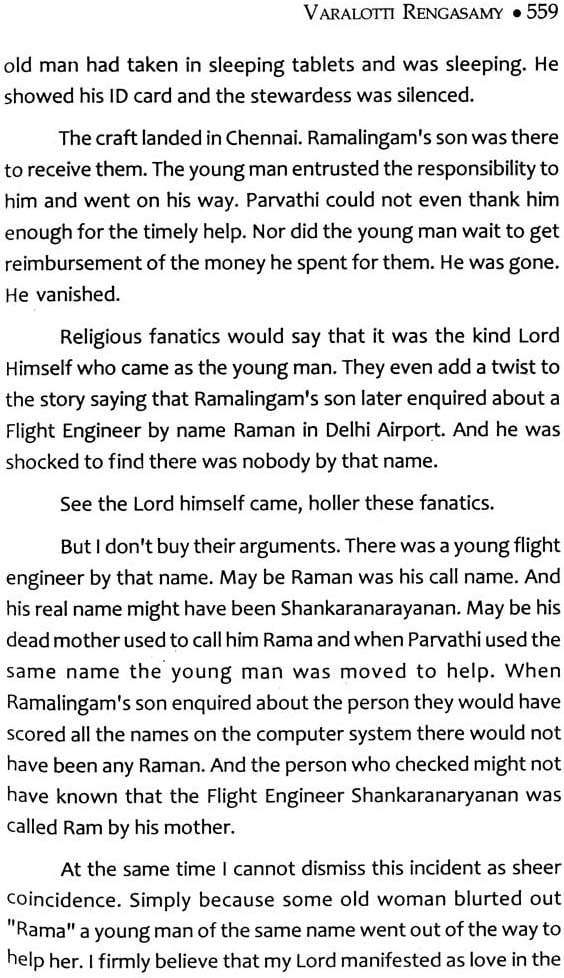 Gita Sandesh (The Message of the Gita)
By Swami Ramdas
$8 The Miracle of Forgiving (70 Remarkable Stories of Love and Forgiveness)
By J.P.Vaswani
$11