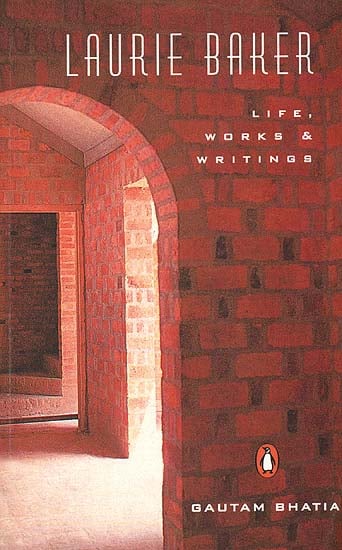 The Definitive Biography of Laurie Baker

Laurie Baker has worked in India for over forty years and is renowned for being one of the very few architects in the world to have designed and built buildings as diverse as fishermen's huts, computer institutes, private homes, hostels, hospitals, churches, technical institutes, auditoriums, film studios and tourist centres. His distinctive brand of architecture, usually moulded around local building traditions (especially those of kerala, his adopted home state in south India), is instantly identifiable and has, unsurprisingly, revolutionized traditional concepts of" architecture in India baker's architecture is responsive, uses local materials and lays stress on low-cost design.

This biography of Laurie Baker, like his work, is direct, simple and comprehensive; further embellished with sketches, plans, photographs and some of" baker's own writings, the book offers the professional architect as well as the layman a fascinating view of the life, methods and thoughts of an unorthodox genius

I first met Laurie Baker in the early 1980s in Madhya Pradesh, but it was only after I joined HUDCO as Chairman and Managing Director in 1985 that I had the opportunity of seeing his buildings in Kerala. It was then that I realized that his was a master's hand. Baker's locally active methods and simple innovations had created economical and attractive forms for all: whether poor or rich, a school or a church, the specifications. textures and architectural manners were always similar. This commonality of approach, he reasoned, was essential to create any impact on housing in a country the size of India.

Laurie Baker is truly the Hassan Fathy of India People say that Baker has developed his architecture based on the vernacular architecture of Kerala, respecting the local climate-the hot and humid climate of the region-and environment while designing his buildings. While this is certainly true, I might add that his architecture also ha') a universal applicability.

Laurie Baker's message is loud and clear-economize on materials and provide quality homes through better-trained and better-organized artisans. This message has legitimacy not only for the building activity in India but also for other developing countries.

And yet, just as the purity of the traditional ragas has to be maintained through constant practice, Laurie Baker's ideas should be maintained through sustained application. Today Baker's designs and ideas have brought about a movement. A number of young architects, from Kerala and other parts of India are spreading his architectural approach to all parts of the country. They build homes which look, are, and cost 'Laurie Baker'. HUDCO too is promoting Baker's ideas and technology through training programmes. Concepts on mud construction are being promoted through HUDCO's Laurie Baker Mud Foundation.

HUDCO's sponsorship of this book is seen in the light of bringing to the public eye, these and other ideas on thoughtful low-cost design; but more than that the book is meant as a kind of practical tribute to a gifted and generous architect.

Some years ago, an employee of the Organization for Urban Housing recounted to me how an invitation to a national seminar on housing had been turned down by Laurie Baker. The meeting was meant to discuss the allocation of billions of rupees for housing and to take a decision on the policy towards the twenty million houses that were required in the country in the next five-year plan. It was an important meeting of a core group headed by the prime minister; the ten days of discussion were to produce a paper that would improve the lot of the country's homeless. But Laurie Baker refused to attend the seminar and in a letter thanking the prime minister for the invitation he stated his views on the subject of housing. Inside the envelope was also a statement of the expenses that they would have incurred had he accepted the invitation. Airfare for a trip to Trivandrum, taxi fare, hotel accommodation and meals for ten days, plus a daily stipend-all of which added up to over Rs 30,000. According to Baker the money would have been better spent in actually providing housing to two needy families he knew locally in Trivandrum; their names, addresses and details of destitution were also enclosed in the letter along with the request that these funds be despatched quickly to them so that construction could begin before the monsoons hit Kerala.

I am fortunate to have experienced something of the integrity of Baker's life in the few years I spent recording his work in the late eighties. The book was originally intended to be a guide to his method of building, but over the many meetings in the veranda of his home, the Hamlet, and the numerous visits to the sites (occasionally carrying a client's door on the roof of his car) and watching him communicate with the Malyalee masons with vigorous gestures, I came to realize that Baker's architecture is a by-product of a larger picture-a picture that recognizes the importance of people's aspirations for a better life. I began to see that his buildings were merely a direct and honest response to this spirit, this idea. It was after having realized this that the book took a different turn.

Baker's past, his religious affiliation, his experience and lifestyle, assumed an importance beyond the normal scope of the study of an architectural career. It is these that gave the book its form-Laurie Baker: Life, Work, Writings contains the three inseparable facets of a single man, each influencing and affecting the other.

In the ten years since the first edition of the book Baker has gone on to build several new institutions in Kerala and gift his precious time to projects in earthquake and cyclone-affected areas. Despite his advancing years, he continues to work with a passion that hasn't dimmed. Baker's originality has meant going back to origins-to an understanding of a common and comprehensive way of living.

The directness and simplicity of Laurie Baker's own work made it essential that the book be intended for all: the interested lay reader, the architect, and the student of architecture-anyone with even a passing interest in ideas of design, low cost building, or the life of a committed individual. But while a public readership calls for a general text-an 'atmosphere' created of words and photographs-the professional and the practitioner seek the technicalities of plan and details. Though on the outset the resolution of this duality appeared difficult, the text was kept entirely presentational, free of polemics or controversies on Third World housing. I was purely a chronicler, an interpreter of the man and his ideas. It is in this spirit that I hope the book will be received. 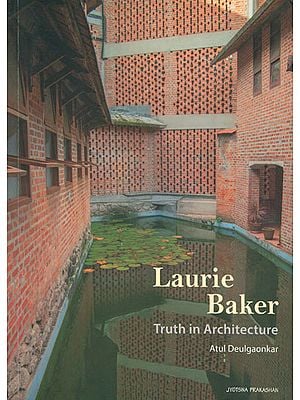