This book Lord Krishna and Pranami Faith while providing a brief but correct view of Hinduism, explains the advent and activities of Lord Krishna, tradition of Krishna worship in literature, art and iconography. It highlights the life and philosophy of its founder, Swami Devchandra as well as that of Mahamati Prannath who gave a new dimension to the Pranami Faith. It explains the concept of religion as envisioned by Mahamati Prannath, provides a brief view Kulzham Swaroop, Pranamis’ Scripture in 14 volumes, and explains the underling concept of Tartam Mantra, as enunciated by the main preceptors of Faith, which is also the way to the deliverance of the soul from this dream world, intended to connect the devotee to the Lord Supreme. The chapter on Pranami Faith also provides information about the holy places and temples in India where Pranamis generally frequent.

The book should be of interest to all those seeking information about. Lord Krishna’s worship, students and teachers of philosophy, religion, theology, and especially those wishing to know about Pranami Faith.

The Author, M.L. Ahuja, M.A., D.L.L., D.C.S., has to his credit more than 30 books. He is the recipient of Janseva Sadbhavna Award (2006), Bharat Gaurav Award (2007) and Rajiv Gandhi Rashtriya Ekta Samman (2009). He had been the Area Representative of International Association of Orientalist Librarians for three years, and is Excutive Secretary of Afro-Asian Book Council.

Lord Krishna is the Supreme Hindu God and is traditionally attributed to be the author of Bhagavad Gila. He is the incarnation of Brahm. He is often described as an infant or young boy playing a flute or as a young prince giving guidance to mankind through Arjuna in the battlefield of Kurukshetra in Northern India.

The stories of Krishna appear across a broad spectrum of Hindu philosophical and theological traditions. Krishna worship is an important and popular focus of the devotional and ecstatic aspects of Hindu religion, particularly among the Vaishnava sects. Devotees of Krishna subscribe to the concept of lila meaning 'divine play' as the principle of the Universe.

The lilas of Krishna with their expressions of personal love transcend boundaries of Northern India, where Krishna incarnated, in particular and the whole of the country in general. Gita Govinda of Jayadeva (12th century A.D) has become a landmark of devotional Krishna-based literature. It is elaborated in a part of the Krishna- legend-his love for one particular gopi called Radha. By the influence of Gita Govinda Radha became inseparable from devotion to Krishna. Gopi-Krishna love is described as a complete surrender of devotees to the Supreme Being. Following this tradition, the songs of Meera and Surdas have become epitomes of Krishna devotion in North India. Nimbarka, Vallabhacharya, Chaitanya Mahaprabhu and other poets have become immortal in Krishna worship.

With the growing bhakti movement Krishna has also become a favourite subject of the arts. The classical Indian dances, especially Odissi and Manipuri, draw heavily on the story of Gita Govinda.

Krishna worship has also spread outside India. This is largely due to the efforts of International Society of Krishna Consciousness (lSKCON), popularly known as Hare Krishna movement and Shree Krishna Pranami Faith which has also followers in many parts of the world.

But what strikes me is the role of Shree Krishna Pranami Faith in elevating it to a universal religion. Shree Krishna Pranami Faith, which ordains its followers to greet each other with folded hands thereby shedding one's ego and find divinity in every being, is a sect in Hinduism in deriving the best of both the Quran and the Gita in search of one goal--God. The sect believes that Krishna is the Supreme Lord and all other gods and goddesses are His shakti. The most important crusader of this movement, as author of this book has explained, is Mahamati Prannath who brought unity in various faiths by analyzing and comparing their holy books and laid the foundation of' one world, one religion'. Though the Shree Krishna Pranami Faith was largely revitalized by Mahamati Prannath during Mughal King Aurangzeb's regime to counsel the King to have a tolerant attitude towards Hindus, it is equally relevant today when fundamentalist approach in almost every religion has ushered in violence, discord and enmity among the people.

In this context, Shri M.L. Ahuja's book, Lord Krishna and Pranami Faith, assumes importance and should be worth reading. This well-researched book presents before the people the philosophy and approach of the founders of Shree Krishna Pranami Faith as well as its ideology. A study of this book should help the readers to bring the word 'religion' in its proper perspective. The book should better be read by the followers of all religions for peaceful co-existence.

One day, I came across a person uttering the word 'Pranam' LY before he started talking to somebody at the other end on telephone. Later, I saw two persons greeting each other with folded hands while they exchanged the word 'Pranam'. I wondered whether it could be their custom or faith in a segment of our Hinduism. Of course, the Hindi word 'Pranam' is synonymous with Namaskar or Namaskaram and is an expression of an obeisance to our deity. Later, I came to know that the people greeting each other are Pranamis, the adherents of Krishna Pranami Faith in Hinduism. Incidentally, I came in contact with Mrs Vimla Mehta and Maharaj Mohan Priyacharya who gave me the background of Krishna Swami Faith and this invoked my interest to delve deep into the matter, study its ideology, penetrate into this subject and provide an exposition of this Faith to the reader.

Among Hindu sampradaya, when youngsters see elders, or when they visit the houses of their in-laws, if they are elder to them, it is customary that they must greet them with Namaskar. In Pranam or Namaskaram, what is more significant is the joining of both the hands. In Namaskaram, when we join both our hands, we bring together five fingers of one hand with five fingers of our other hand. The first five fingers in one hand represent five gyaneyndriyas (sense of intelligence) and the five fingers in the second hand represent five karmeyndriyaas (sense of duty). Joining both the hands also symbolise one mind or the self and meeting the 'self. The right hand also represents the holy or the higher nature, and the left hand the worldly, the lower nature.

Surya Namaskar or obeisance to the Sun God is the common form of worship in Hindu mythology. Sun God is worshipped as a symbol of health and immortal life. The Rig Veda declares that Surya (Sun) is the soul, both of the moving and unmoving beings. The Sun salutation is in the form of a series of prostrations and obeisance to Hindu deities or to the Almighty. Traditionally, people in Bihar worship the Sun God during Chhat Puja twice in a year: in October-November and March-April.

Thus, we salute our elders with our complete self. For paying our obeisance to God we touch the thumbs of our folded hands to our forehead, including our buddhi (wisdom) too. This bowing or surrender is namah (na+mah=not mine). This means that this body or the comforts or whatever I have, including the body, are Na Mah, not mine; all is eswara kripa (benediction of God). In this way, we leave our sense of ego. This is the real meaning of namaskaram, i.e. to surrender ourselves and forego our ego. The benefits of Namaskar are blessings from elders. It is a symbol of respecting our elders, including our God.

Greeting each other with 'Pranam' is the way of life that the followers of Krishna Pranami Faith have adopted. As its name implies, the followers of Shree Krishna Pranami Faith worship and bow before the Supreme Lord in the form of Lord Krishna. They recognize divinity in each person. The foundation of this Faith was laid by Swami Devchandra in the seventeenth century A.D. His disciple, Mahamati Prannath gave it a new dimension. It was due to the efforts of Mahamati Prannath that his Guru's teachings were spread to many parts of the world.

Krishna Pranami Faith is 400 years old sect and is a liberal blend of the Quran and the Bhagavad Gila, Krishna and Allah with no caste system and idol worship, vegetarianism and non violence. It was established in V.S. 1678 (1621 A.D) on Bhaadan Vadi Chaturdashi which happened to be Sunday. That was the day which Devchandra Maharaj had a glimpse of Parabhrahma Paramatma Aksharatit Lord Krishna, and was given Tartam Mantra. That is why this day is celebrated as the day of origin or date of establishment. This system of belief has manifested itself for the purpose of making the humans of this world to properly identify their Atmas and Parmatma, and thereby experience eternal liberation by releasing themselves from the miserable bondage of the world.

The most important crusader of this faith has been Mahamati Prannath (1618-1694). Non-Muslims, especially Hindus under the rule of the Mughal King Aurangzeb faced religious oppression. The jijra tax was levied on non-Muslims and Hindus were forcibly converted to Islam. Mahamati Prannath brought unity in religious faith comparing their religious faiths by analyzing and comparing their holy books. The Kulzam Swaroop written by Mahamati Prannath in 14 volumes has the potential for providing happiness and peace to the depressed and oppressed souls in this illusory world. This shows an easy way to reach the divine abode of Chinmaya as well as the Supreme Lord. It also provides a solution to the religious, social and political problems of the society of the time.

The movement gained further momentum after Mahamati Prannath left this mundane world and now there are almost 10 million Pranamis or Sundersathis, a fraternity who have joined the Faith in India and other countries. Majority ofthem are based in Gujratat, Madhya Pradesh, Nepal and Bhutan. In Mumbai, there are 20,000 Pranamis, mostly Gujaratis. They meet every week for satsang and sing bhajans and offer prayer that are mix of Hindi and Urdu words. Shree Krishna Pranami Faith believes that Krishna is the Supreme Lord and the other gods and goddesses are His shakti.

The following pages of this illustrated book provide the genesis and development of the philosophy of this Krishna Pranami Faith. I hope that that it will be useful to all those who wish to know about Lord Krishna and the Pranami Faith.

I would like to express my deep sense of gratitude to Mrs Vimla Mehta and Maharaj Mohan Priyacharya for providing me the background material to study the development of this Faith. My thanks are due to H.E Dr Bhishma Narain Singh, former Cabinet Minister and Governor for his illuminating Foreword. The illustrations have been prepared by Ms Mehjabeen Umar. I am thankful to her. I am also thankful to my wife, Mrs Asha Ahuja for helping me in many ways. 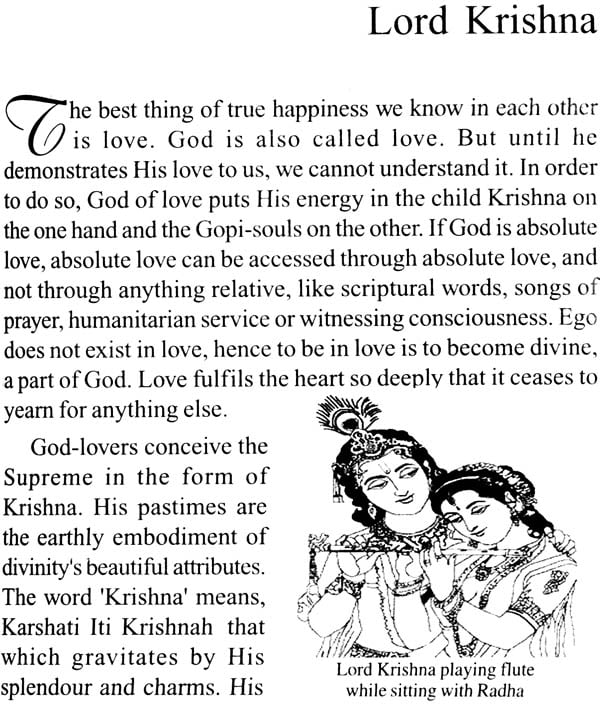 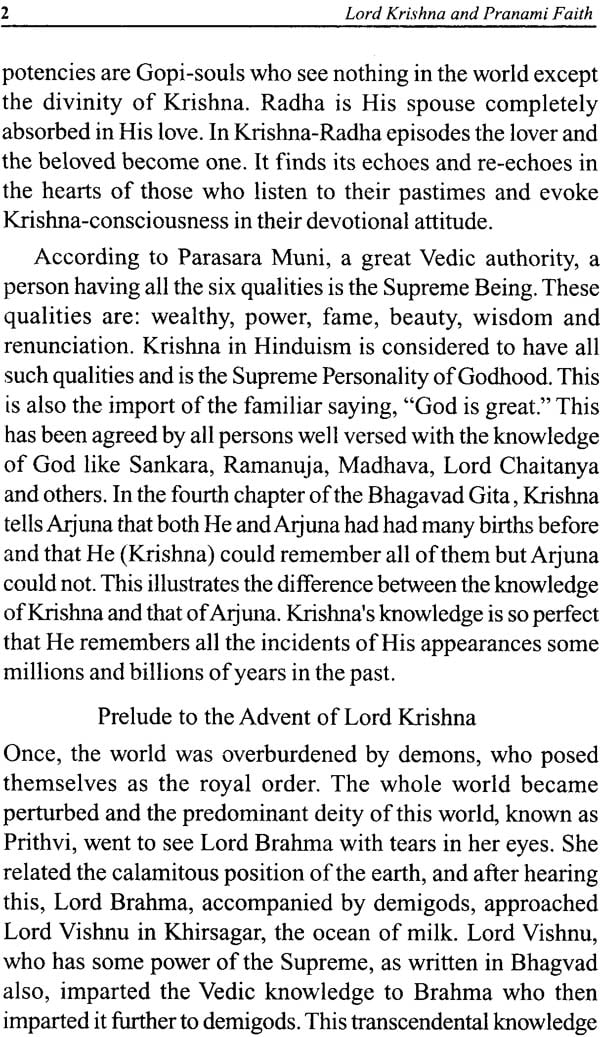 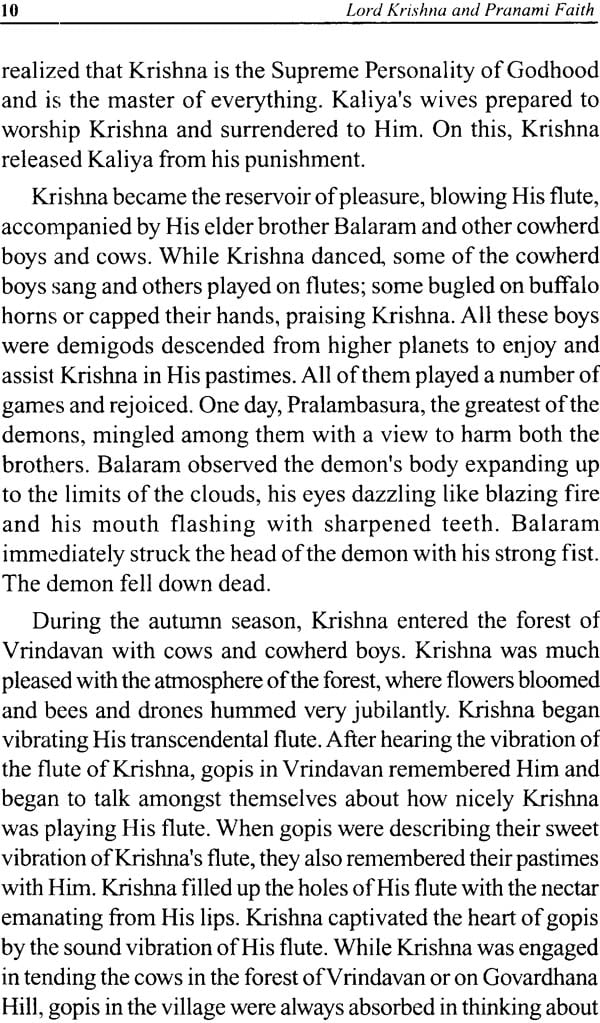 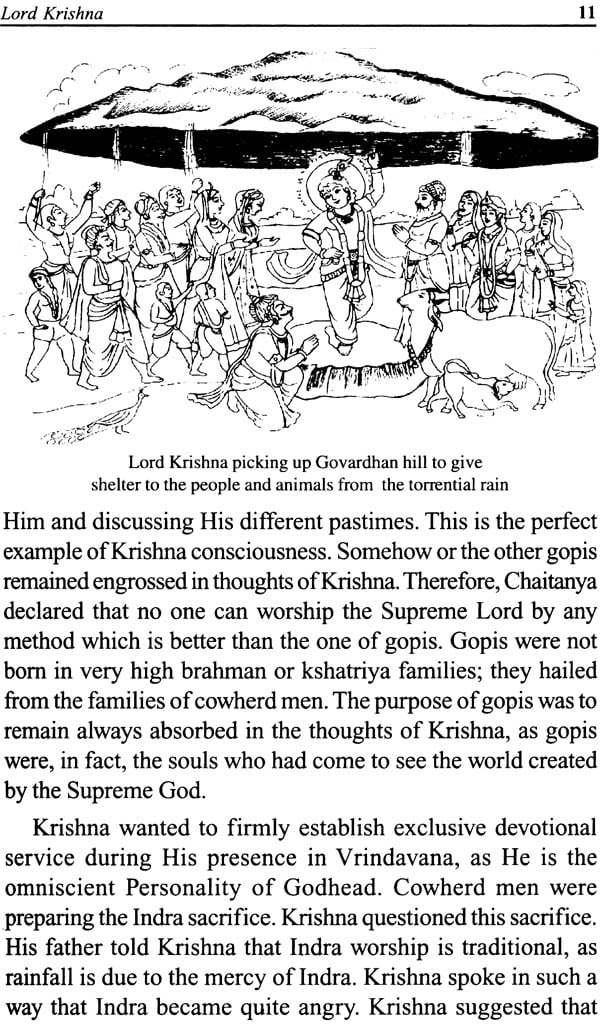 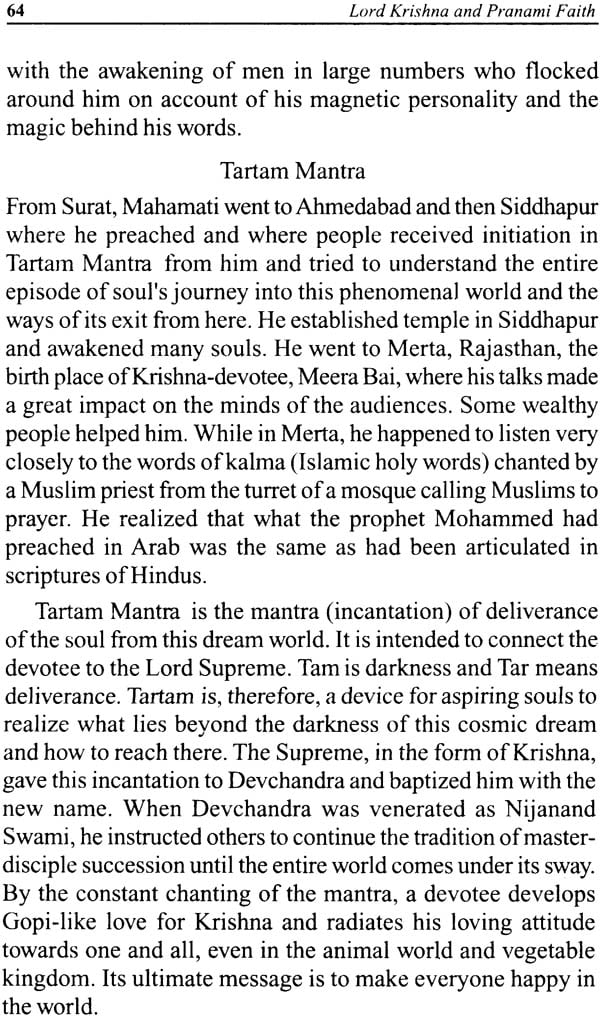 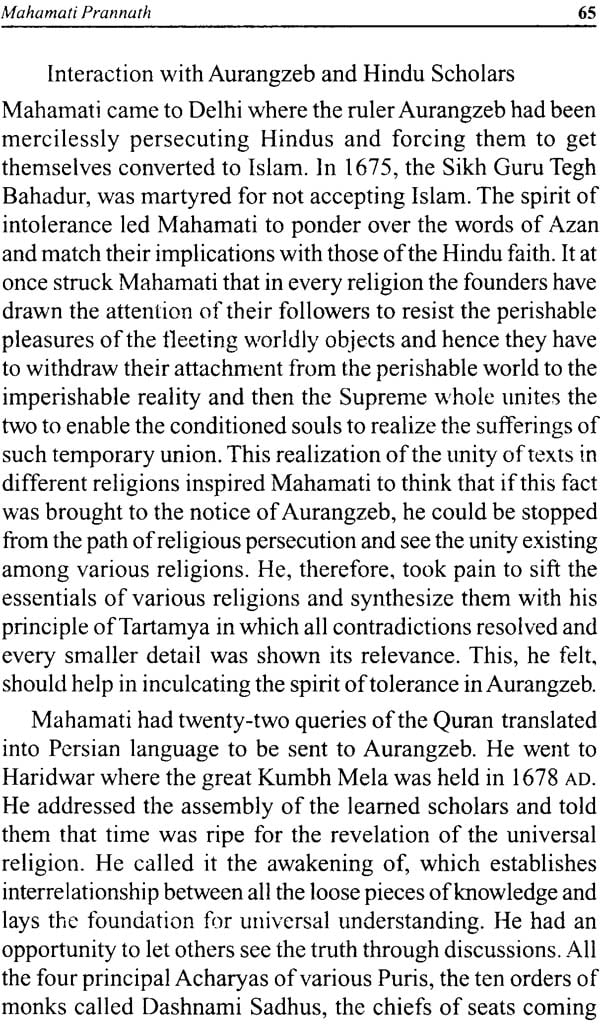 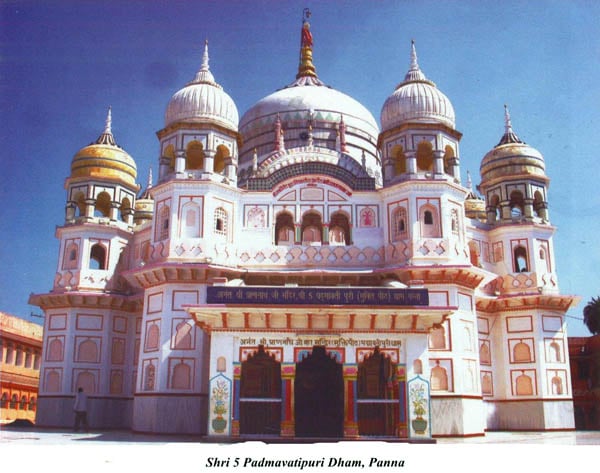 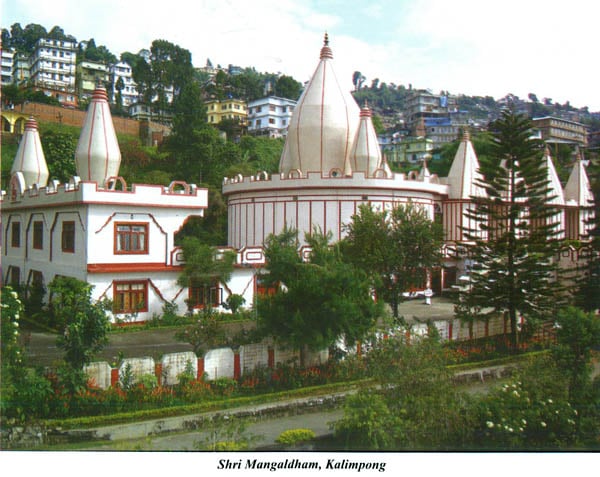 Mysticism of Srimad Bhagavatam: (The Glory of Lord Krishna)
By SWAMI JYOTIMAYANANDA
$29.00

Lord Krishna: His Lilas and Teachings
By Swami Sivananda
$18.00 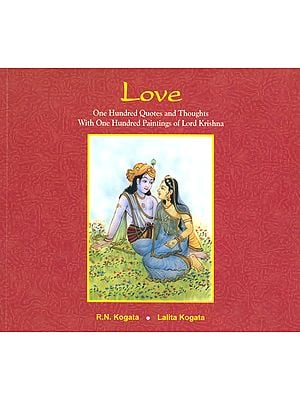 Love: One Hundred Quotes and Thoughts With One Hundred Paintings Of Lord Krishna
By R. N. Kogata & Lalita Kogata
$16.00 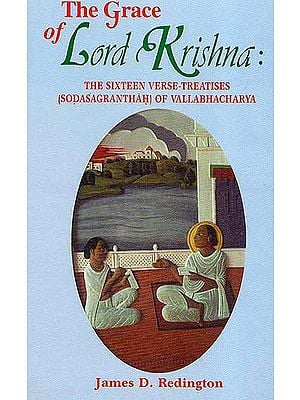 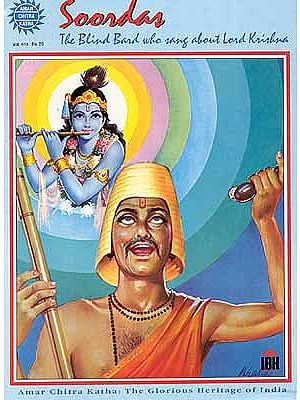 Soordas The Blind Bard who Sang about Lord Krishna
By Anant Pai
$6.50 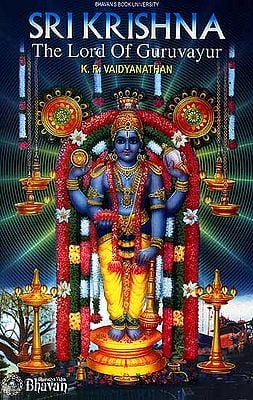 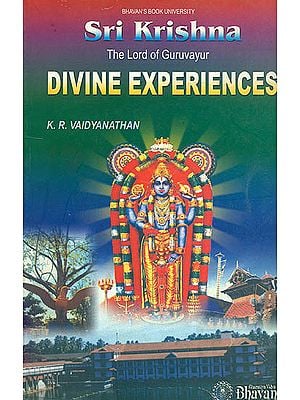 Divine Experiences(Sri Krishna The Lord of Guruvayur)
By K.R. Vaidyanathan
$31.00 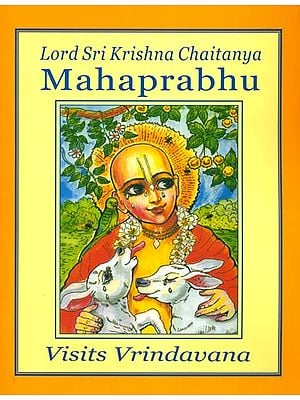