It is curious to note that almost all male and female deities ranging from Mahesvara, Narayana, Vishnu, Krishna, Rama, to Bhagavati in varied forms are depicted with defensive weapons. If Mahadeva hold trident, Krishna holds all powerful disc (Sudarshana Chakra), Rama holds weapons of archery; similarly almost all female deities are found holding one or other kinds of weapons amply indicating them becoming ever alert against any untoward but fatal event. And Vishnu is not an exception. Vishnu – besides holding soft flower lotus (Padma), holds mace (Gada) and equally powerful Chakra (wheel) showing readiness to quell His foe. Even if the term Vishnu is a bit less in vogue, his complementary name is Narayana having a majestic rest on the cushion like the serpent bed encircled by devotees, including His consort Lakshmi.

Vishnu, having an omnipresence – had had a great influence besides His oriental sphere, to far Greece and Rome in antiquated days.

Dr. Mala Malla had her doctorate degree from Deccan College Post-Graduate and Research Institute (Deemed to be a University), Pune, India. She is an Associate Professor at Central Department of Nepalese History, Culture and Archaeology (NeCHA), Tribhuvan University, Kirtipur. Besides her academic performance at the Department, she is in constant touch with Nepal Government’s of Archaeology, foreign agencies, related with history, religion, culture, excavations of the inceptional matters. She is also a life member of India's Indian Archaeological Society, Indian Society for Prehistoric and Quaternary Studies and Society of South Asian Archaeology, and also the life member of Nepal's Nepal Numismatic Society and Bhaktapur Vikas Sahayoga Sangha. She is also the Board member of Subject Committees of Central Department of NeHCA and Buddhist Studies, T.U.

The present book is her second book. Her first book was Archaeology, Art and Ethnography of Bronzes of Nepal, published by BAR International Series 2208. London.

Vishnu - though singular - possesses not hundred, but one thousand names, as per the Vishnu Shahashranama. Vishnu, though Hinduite, commands respect, ovations as to cross the oriental frontiers to go to the European hemisphere comprising Rome, Greece. The inceptional Europeans with diplomatic tie with India made Vishnu's name, icons, extended to be popular in west.

Vishnu has varied postures ranging from his happiest stay at the cushion like serpent along with his spous Lakshmi, encircled by numerous celestial beings. As he has varied names, so he has varied incarnations (Avataras), beginning from aquatic creature to other creatures with ferocious looks to sublime attitudes - if Matsya (fish) were purely aquatic, Kurma (tortoise) and Varaha (Boar like) were semi-aquatic and semi-earthly species, backed divine backgrounds and specific purpose to create / conserve earth; also He (Vishnu) is followed by other incarnations like Nrisimha, (looking like semi-man and semi- animal) looking very ferocious, offensive, against the evil-doers. While other incarnations of Vishnu in forms of Rama, Buddha have proved to be the ideal ones so necessary for smooth success of the world; but Krishna - though romantic among the damsels was equally a number one diplomat, strategist as to confer punishment on the self-centered foes.

If Vishnu in his varied forms looked to be a protector, He did not lag behind to inflect due punishment on wrong-doers. So Vishnu had the varied roles so necessary for smooth continuation of the world and world creatures including human beings.

So book on Vishnu amply reveals that the Vishnu cult would tell too long, multiple tales on the life and living of mankind as to signify the necessity for us all to maintain the ethical norms for achieving triple cosmic functions - creation, protection, destruction.

Even in have not gone too far on measures to curb theft, robbery, out- migration, destruction of the icons, I have indicated about the urgent need to preserve, protect the divine icons from theft, robbery and destruction and out-migration

While trying to put up the divinities of Vishnu, I felt trimming a big Vishnu Tree as to make it dwarf in height and a circumference (girth) branchless. Full-fledged Vishnu needed still more painstaking endeavour; but I conceede for my limitations. I am apologetic for my limited justice to Lord Vishnu in terms of my dwarfish approach to His Himalayan height.

And in the last: I express my deep gratitude to all the valued authors on the subject. My passing references to them may not suffuse to express my sense of gratitude; but I owe ode to those dignitaries, both human and celestial.

Vishnu (Sanskrit Vishu) is the Supreme Being, Supreme god or Ultimate Reality in Vaishnava Tradition of Hinduism in Indian sub-continent. He is also known as Narayana and a manifestation of Brahman the Advaita or Smarta traditions of Hinduism. Smarta followers of Adi Shankhara, among others, venerate Vishnu as one of the five primary forms of God (Shiva, Vishnu, Devi, Surya and Ganesha) (Rangachari 1931: 2). In Hinduism, Vishnu is one of the gods the Hindu Trinity, and is conceived to be responsible for the universal protection, as Brahma and Shiva, the two other gods are held to be responsible for universal creation and destruction. However, Vishnu is infact an old Vedic god, who is mentioned in all the four Vedas - the Rig Veda, the Yajur Veda, the Sama Veda and the Atharva Veda. In none of these Vedas does he appear as the one supreme deity. He is there identified with the Surya and said to have stridden over the regions and to have covered the whole universe by means of three steps. Vaishnavism is the branch of Hinduism in which Vishnu or one of his incarnations is worshipped as the Supreme God. Members of Vaishnavism are called Vaishnavites or Vaishnavas.

The Kathopanishad regarded Vishnu as one among the major ten Upanishads states that the final destination of one's spiritual journey is the abode of Vishnu (tad vishno paramam padam) - he who holds the reins of the mind, he reaches the end of his journey, and that is the highest place of Vishnu.

The Vishnu Sahasranama' declares Vishnu as Paramatman (supreme soul) and Paramesvara (supreme God). It describes Vishnu as the AII- Pervading essence of all beings, the master of and beyond the past, present and future, the creator and destroyer of all existences, one who supports, sustains and governs the Universe and originates and develops all elements within. Vishnu governs the aspect of preservation and sustenance of the universe, so he is called "Preserver of the universe". It also describes Vishnu as "Sahasrakoti Yuga Dharine", which means He takes incarnations in all Yugas in cosmic scales. The Bhagavatageeta mentions their purpose as being to rejuvenate Dharma. Vishnu is the only Bhagavan (which in Sanskrit means "possessing bhaga Divine Glory"), as declared in the Bhagavata (1.2.11) in the verse: "vadanti tat tattva- vidas tattvam yaj jnanam advayam brahmeti paramatmeti bhagavan iti sabdyate". The meaning of the verse is as: "Learned transcendentalists who know the Absolute Truth call this nondual substance Brahman, Paramatma and Bhagavan.

Vishnu is the preserver of life. He is one of the most important of the Brahmanical cults that came into being some centuries before the beginning of the Christian era centered around Vishnu. His origin goes back to Vedic gods where he is identified with Narayana, the original egg-foetus in the waters of Nara, thus the life-urge and preserver of life. Vaishnavites, like Shaivites, believe that there is only one Supreme God, who simultaneously permeates all creation and exists beyond it, being both immanent and transcendent. Like other Hindu denominations, Vaishnavism acknowledges the existence of many lower Gods under the Supreme One. These gods, like all of creation, are encompassed by Vishnu, either as manifestations of the Supreme Being or as powerful entities who are permeated by Him. The distinctive religious belief of Vaishnavism is its emphasis on God as a personal being, i.e., someone you can know and have a relationship with. Vaishnavas often identify six qualities of God: all knowledge, all power, supreme majesty, supreme strength, unlimited energy and total self-sufficiency. One popular name for God among Vaishnavites is an ancient name from the Vedas: Purushottama, "the Supreme Person." For most Vaishnavas, the divine Self within is Vishnu himself, but not all of Vishnu. In other words, Vishnu is more than self and more than the universe. Likewise, when a Vaishnavite merges into God upon liberation, his or her individual nature is not lost. Vaishnavites believe people are meant to be God’s companion for all eternity. 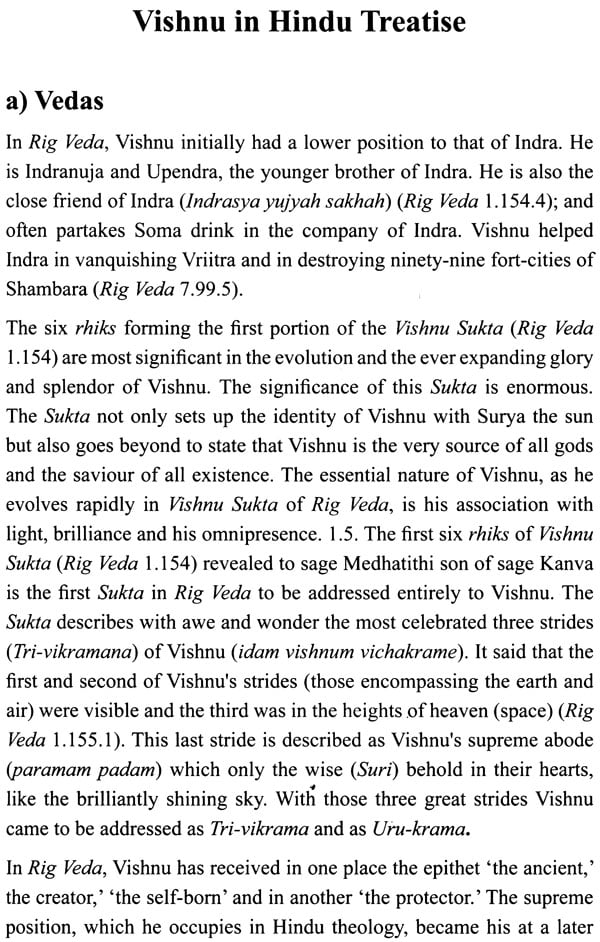 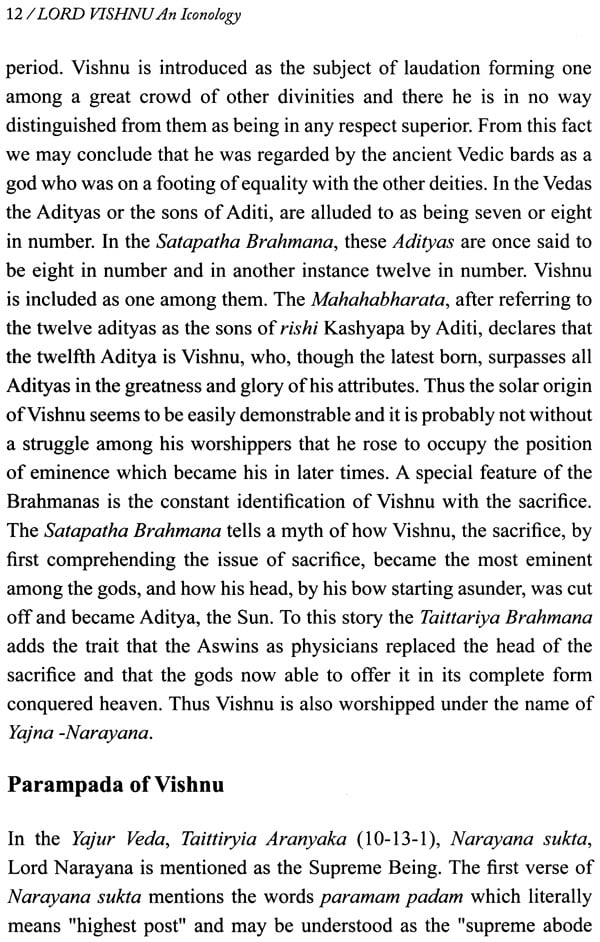 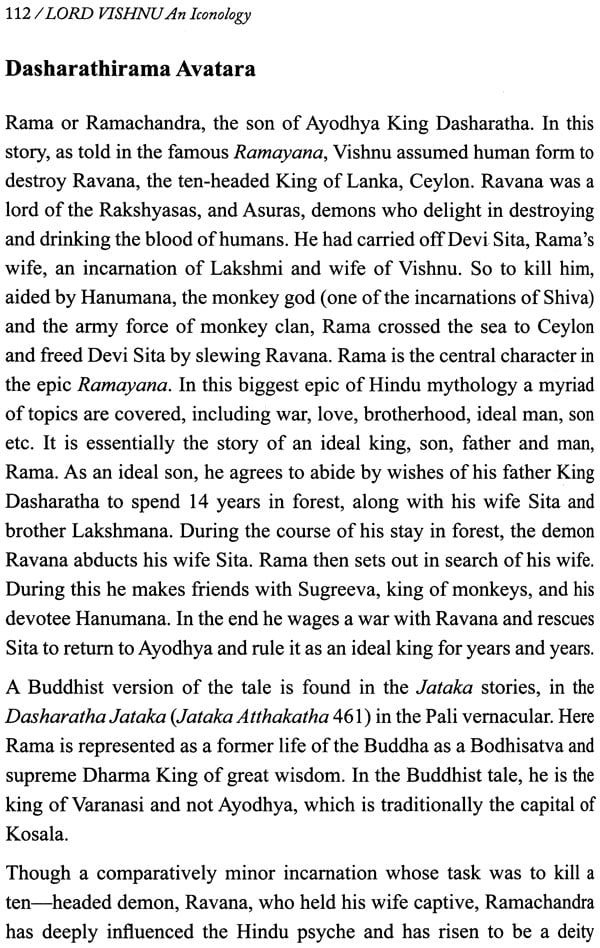 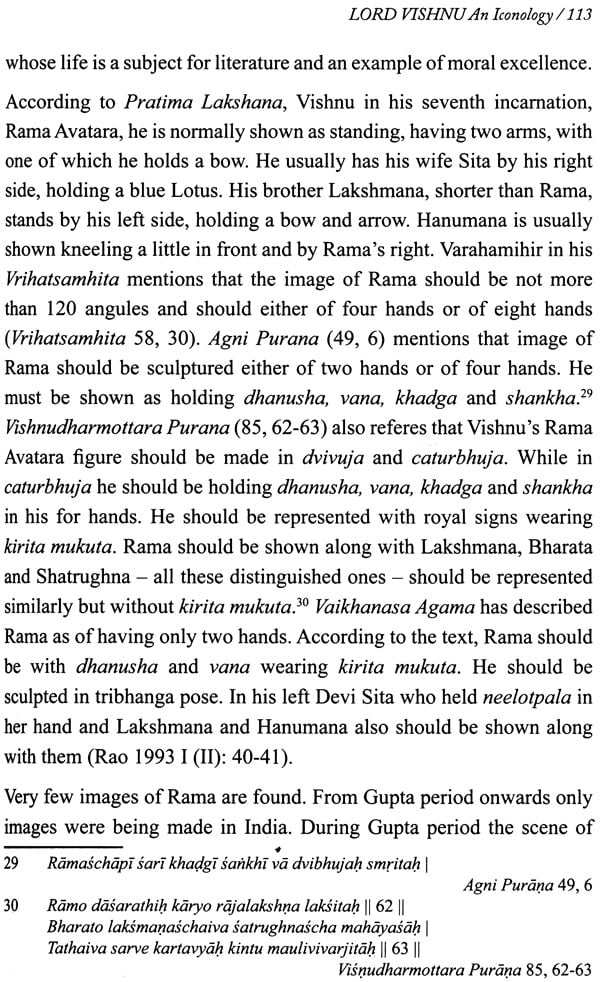 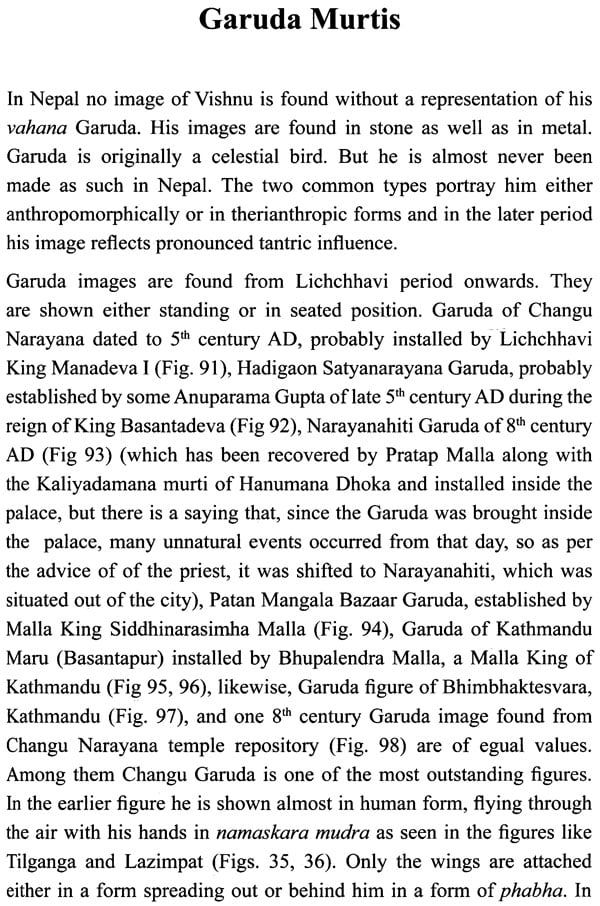 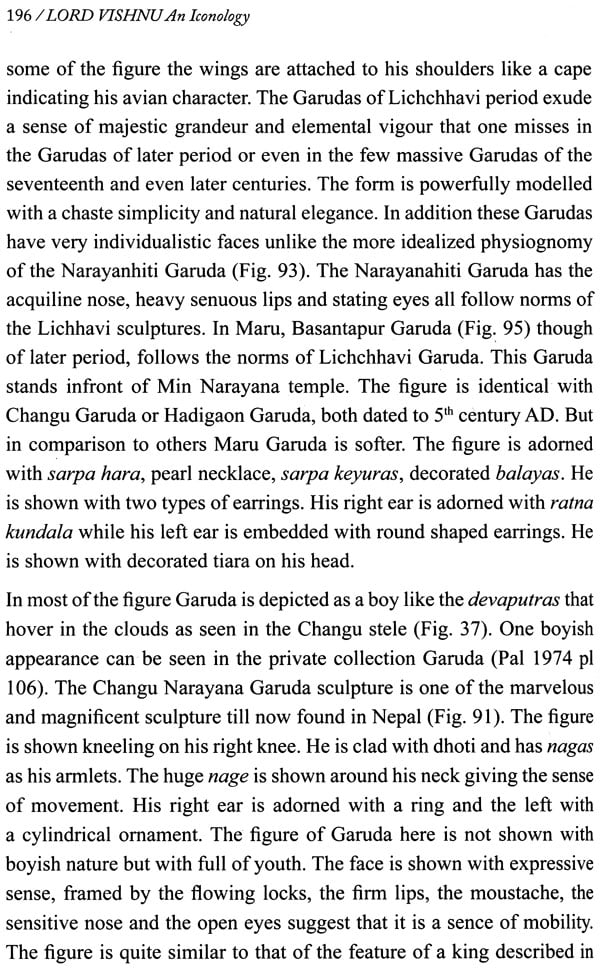 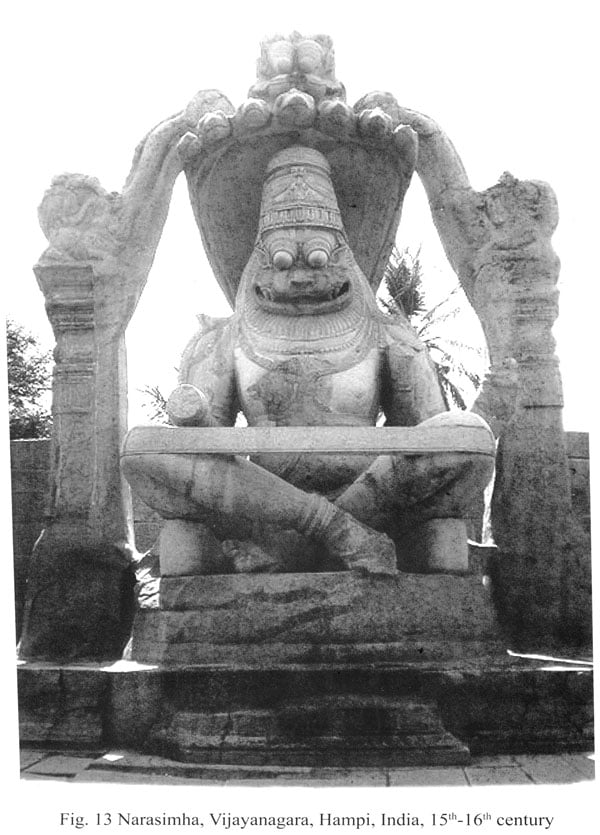 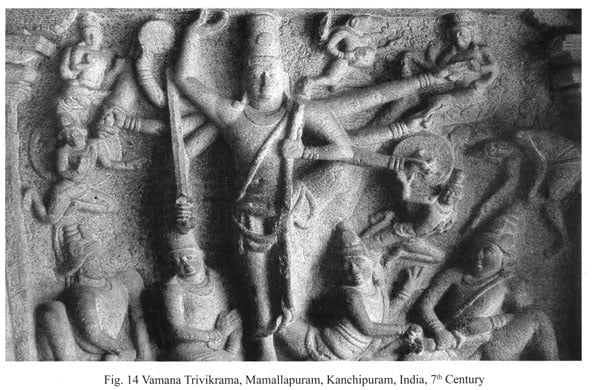 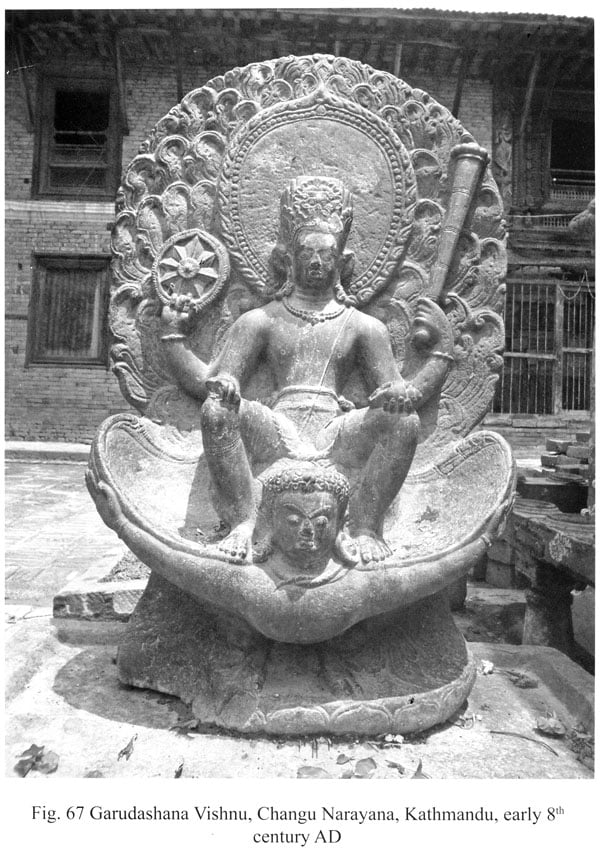 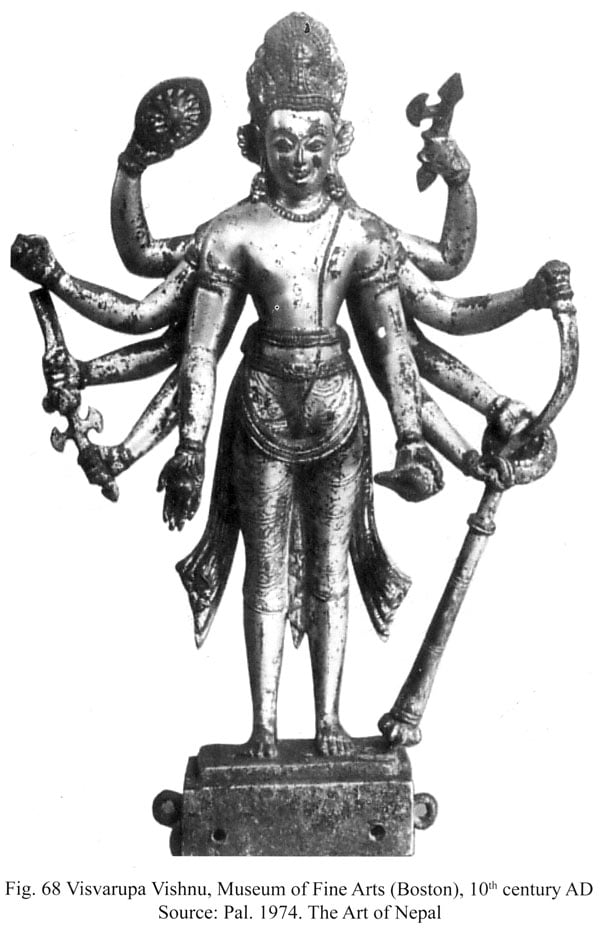 THE UNIVERSE THAT IS GOD: An Insight into the Thousand Names of Lord Visnu (Commentary on Vishnu Sahasranama)
By I. PANDURANGA RAO
$43
FREE Delivery Lord Parashurama (The Great Warrior and He was Incarnation of Lord Vishnu)
By Dr. Mahendra Mittal, and Translated by Igen B.
$8.80
$11  (20% off) Hymns for the Drowning Poems for Visnu (Vishnu) by Nammalvar
By A. K. Ramanujan
$22
FREE Delivery