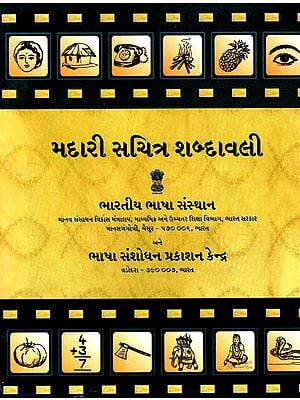 The Central Institute of Indian Languages was set up on 17th July 1969 with a view to assisting and co-ordinating the development of Indian languages. The Institute was charged with the responsibility of serving as a nucleus to bring together all the research and literary output from the various linguistic streams to a common head and for narrowing the gap between basic research and developmental research in the fields of languages and linguistics in India.

The Institute and its seven regional language centers are engaged in research and teaching, which lead to publication of a wide-ranging variety of materials. Materials designed for learning/ teaching at different levels and suited to specific needs is one of the major areas of interest in the series of publications. Basic research relating to the acquisition of language and study of language in its manifold psychological relations constitutes another broad range of its interest. These materials include materials produced by the members of the staff of the Central Institute of Indian Languages and its Regional Language Centres and associated scholars from Universities and Institutions, both Indian and foreign. Different kinds of innovative materials have been prepared by conducting workshops in which teachers from schools, colleges and universities, writers, researchers and scholars in the respective Indian languages have participated. In such workshops, materials are prepared as per the design and guidelines prepared by the Institute's faculty. Materials prepared in such workshops cater to different stages of learning such as pre-primary, primary and secondary and also for adult education programmes, in addition to different second language learning situations.

Wherever possible, attempts have been made to have sample try-outs of the materials prepared.

The Central Institute of Indian Languages has initiated the Pictorial Glossary Series in Indian Languages, which adds visual cues to printed words. Designed for a wide-ranging audience, it aims at improving both reading and comprehension. This glossary includes in itself both teaching and testing frames. The Glossary was prepared in workshops conducted by the Central Institute of Indian Languages in collaboration with Bhasha Research and Publication Centre at Baroda. We are thankful to Dr. Ganesh Devy, Founder Trustee, Bhasha Centre and his staff at the Bhasha Research and Publication Centre and Adivasi Academy at Tejgadh, and all the participants of the workshop for their academic discussions and contribution to the preparation of this book. We are happy that 'Bhasha' has come forward to bring out this collaborative publication.

This Pictorial Glossary is a joint project of the Central Institute of Indian Languages and the Purva Prakash division of Bhasha Research and Publication Centre. The prototype for the Glossary was previously prepared by the Central Institute of Indian Languages and has been used for six Bhili languages : Rathwi, Dehwali, Duneri Bhili, Garasta, Pavri and Panchmahali Bhili. The prototype has been modified in some significant ways during the process of accommodating western Indian languages in it. First, the graphic material has been modified so that it bears a close correspondence with the material culture of the respective speech community. Next, the Glossaries have been made more user-friendly. And finally, they are designed in order to reach the teachers teaching in tribal villages, often struggling to communicate with the pupils but not always successful for want of access to the regional tribal language.

Bhasha Centre has now compiled Glossaries in Kunkna, Gamit, Chaudhari, Madari, Vanjhara, Bhantu, Chamtha and Naiki languages. Kunkna, Gamit and Chaudhari belong to the Bhili family of languages. Kunkna is spoken by Kunkna Bhils living in Dangs in south Gujarat. Gamit is spoken by Gamits residing in the areas of Surat, Tap and Narmada. Chaudhari is the language of the a divas is living in the region of Surat, Tap and Navsart. The case of Madari, Bhantu, Chamtha, Vanjhara and Naiki is somewhat different. These are languages spoken by nomadic communities of Gujarat, but by no means confined only to one state. Bhantu, for instance, is spoken by Sans is in Punjab and Delhi, Kanjars in Rajasthan and Kanjar Bhats in Maharashtra as well. Besides, it is difficult to say at the present stage of research in these languages, if they belong entirely to the Indo-Aryan family or whether they, or at least some of them, are a cross between modern Indo-Iranian and a medieval Prakrit in western India.

By preparing similar pictorial glossaries in Chaudhari, Gamit, Kunkna, Bhantu, Chamtha, Madart, Naiki and Vanjhara languages, a long standing need of teachers in Gujarat's tribal villages is sought to be fulfilled. There are about seven million a divas tribals living in Gujarat. The number of village schools in tribal areas in Gujarat is estimated at seven thousand. Despite government attempts to bring primary education tights to tribal children, the number of children who drop out of these schools is phenomenally large. The teachers brought to teach in these schools often come from outside and their familiarity with the local language is not adequate to keep the children interested in learning.

Though the Pictorial Glossary is apparently a simple concept, its practical utility as a teacher's handbook and its contribution to saving a huge social capital that may otherwise be simply wasted, cannot be overstated. I feel, therefore, happy that it has been possible to work with the CHL model and produce the glossaries for Guyarat's tribal languages. For me the project is exciting because I see great educational potential in the products that may come out of this project. Experts from Central Institute of Indian Languages and teams of researchers from Bhasha Centre worked together for an year for producing these glossaries. I wish to thank the experts, scholars, artists and typesetters involved in this joint project for making the publication of the work possible. I have no doubt that for years to come they will have earned a deep gratitude from the teachers teaching in tribal schools and the students learning from them. In that sense, his has been truly a project of national significance. I wish to put on record my deep appreciation of the Director of "Central Institute of Indian Languages and his academic colleagues for conceiving the project and for inviting Bhasha centre to collaborate in it. 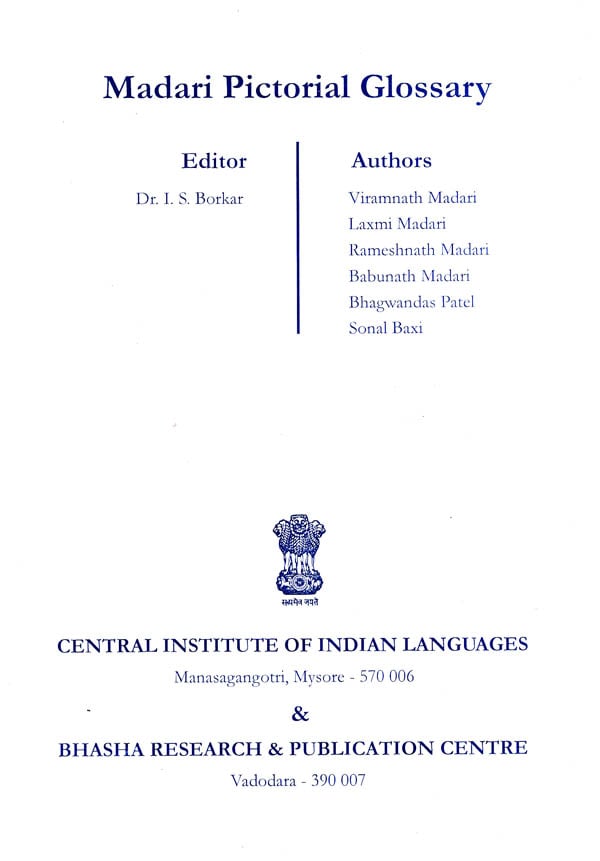 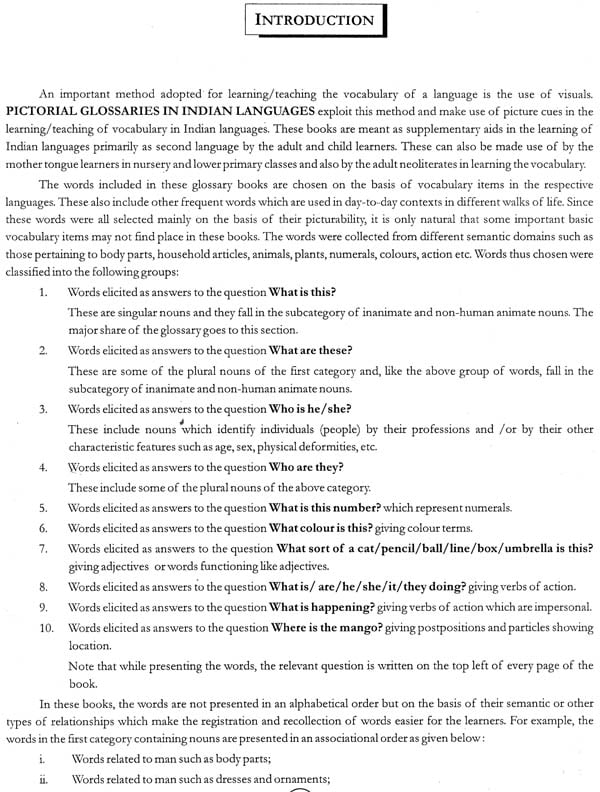 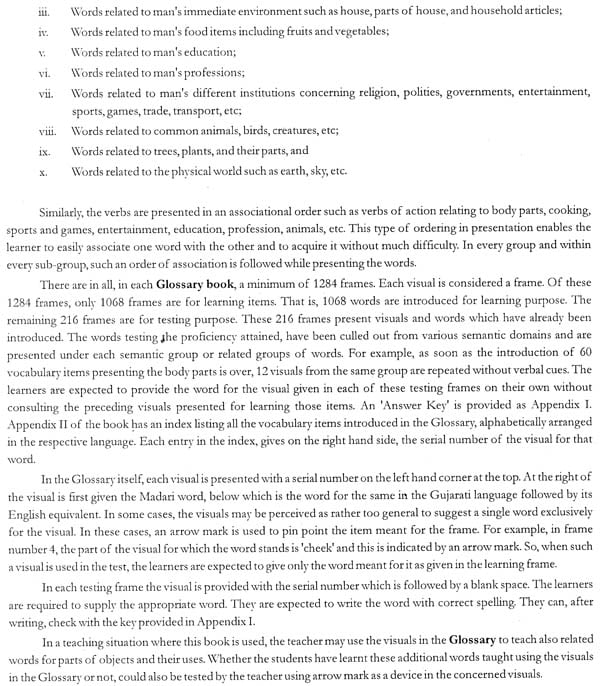 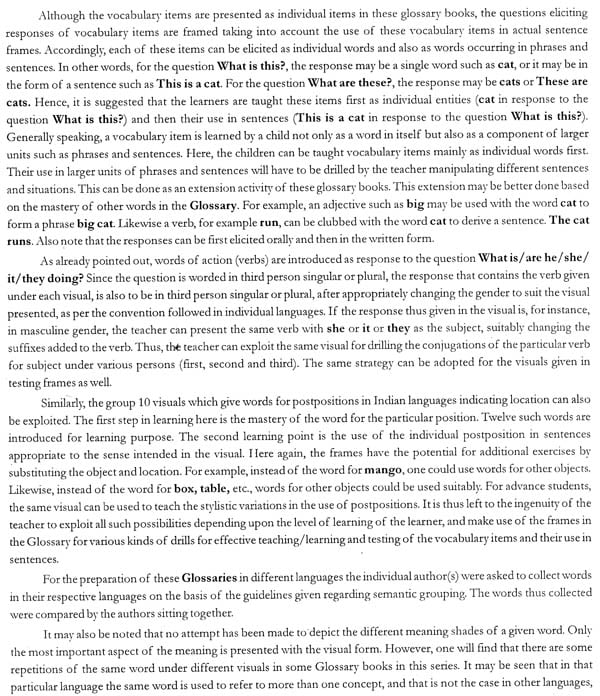 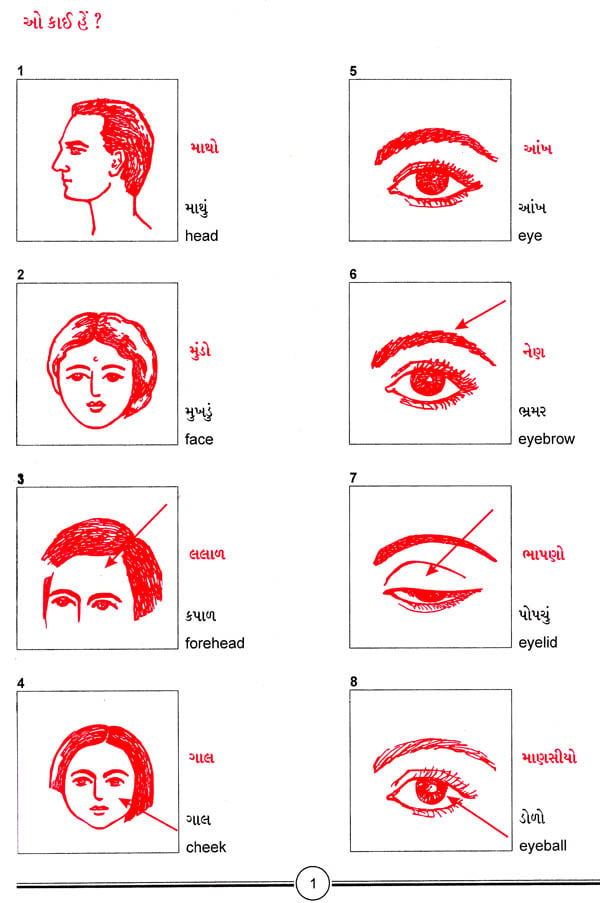 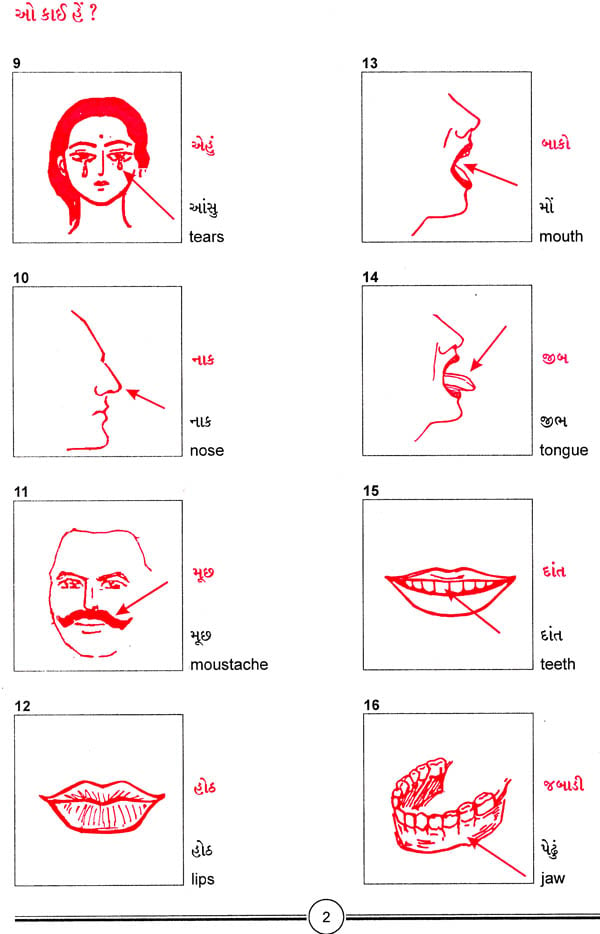 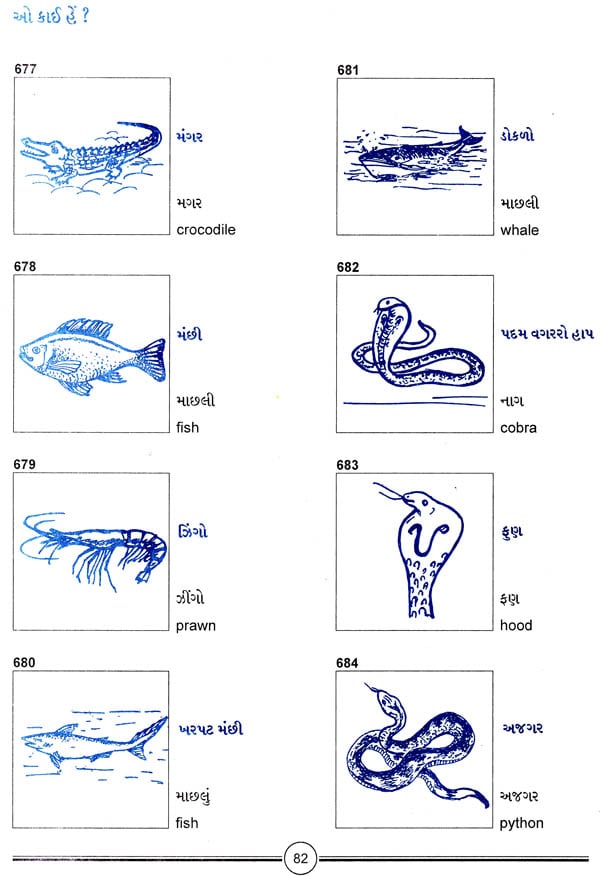 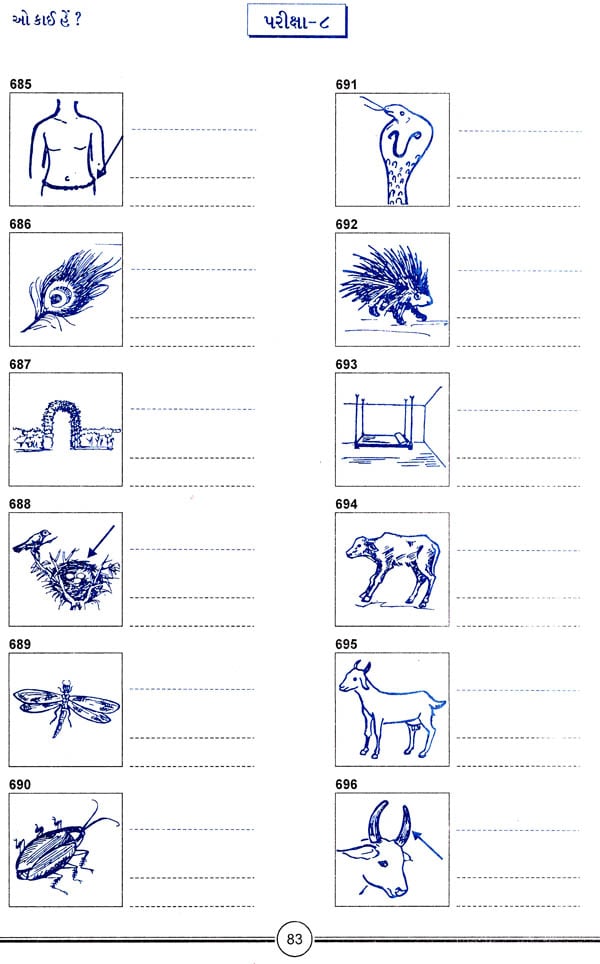 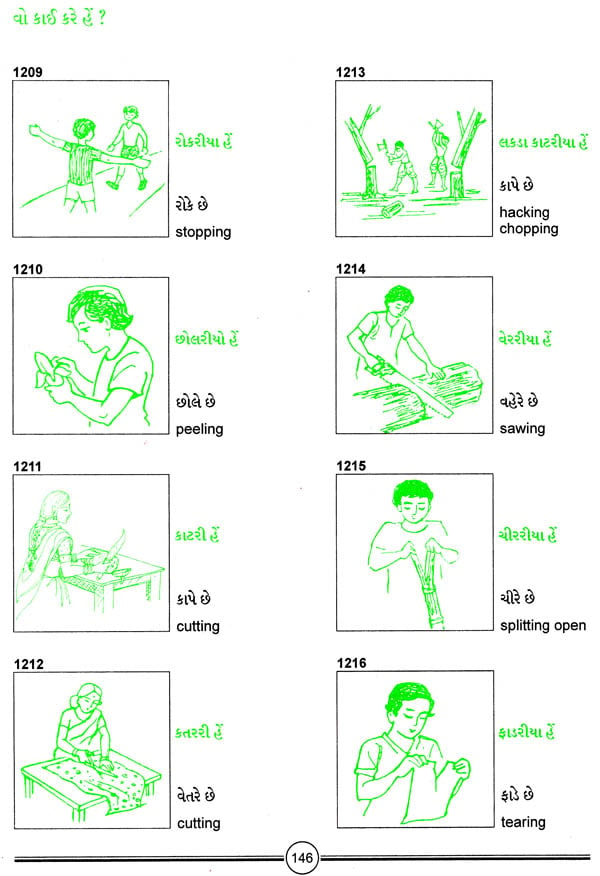 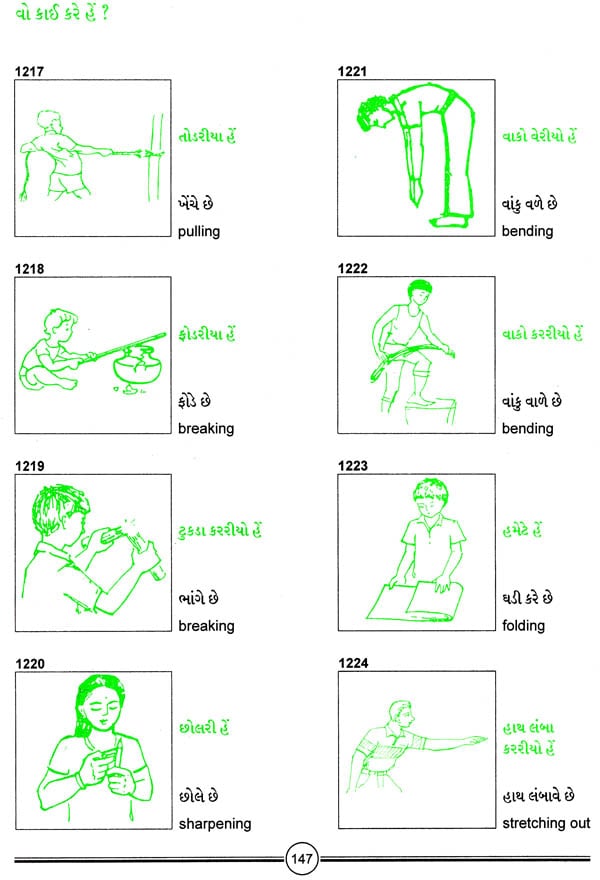 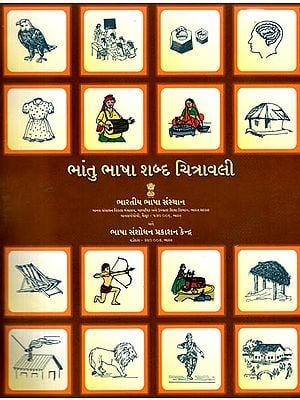 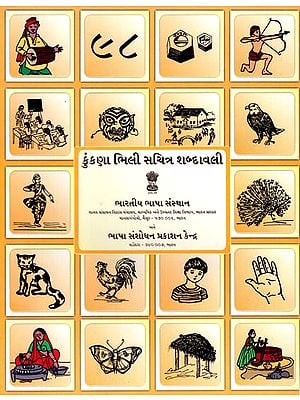 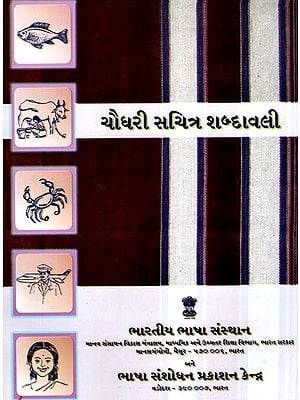 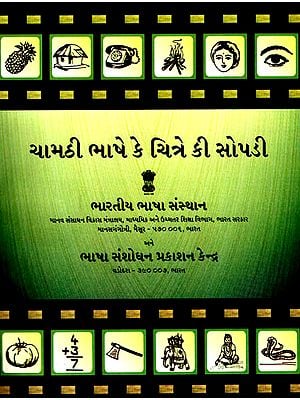 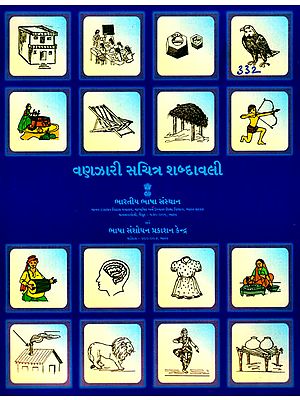 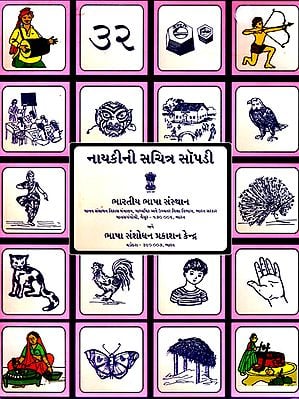