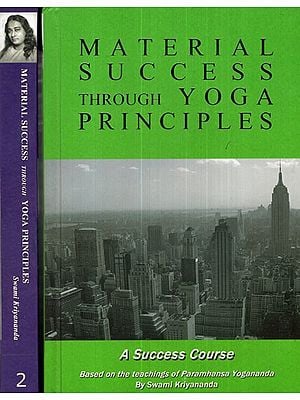 “Swami Kriyananda is a man of wisdom and compassion in action, truly one of the leading lights in the spiritual world today.”

“Swami Kriyananda is a man of wisdom and compassion in action, truly one of the leading lights in the spiritual world today.”

Awakening The Buddha Within SWAMI KRIYANANDA

A prolific author, accomplished composer, playwright, and artist, and a world-renowned spiritual teacher, Swami Kriyananda refers to himself simply as “a humble disciple” of the great God-realized master, Paramhansa Yogananda. He met his guru at the young age of twenty-two, and served the last four years of the Master's life. And he has done so continuously ever since.

Kriyananda was born in Rumania of American parents, and educated in Europe, States. Philosophically and artistically inclined from youth, he soon came to question life's meaning and society's values. During a period of intense inward reflection, he discovered Yogananda's Autobiography of a Yogi, and immediately traveled 3,000 miles from New York to California to meet the Master, who accepted him as a monastic disciple. Yogananda appointed him as the head of the monastery, authorized him to teach in his name and to give initiation into Kriya Yoga, and entrusted him with the missions of writing and developing what he called “world brotherhood colonies.”

In 2003 Swami Kriyananda, then in his seventy-eighth year, moved to India with a small international group of disciples, to dedicate his remaining years to making his guru's teachings better known. To this end he appears daily on Indian national television with his program A Way of Awakening. He has established Ananda Sangha, which publishes many of his eighty-six literary works and spreads the teachings of Kriya Yoga throughout India. His vision for the next years includes founding cooperative spiritual communities in India, a temple of all religions dedicated to Paramhansa Yogananda, a retreat center, a school system, and a monastery, as well as a university-level Yoga Institute of Living Wisdom.

The three main philosophies of India were developed thousands of years ago. They are known as Sankhya, Yoga, and Vedanta. Sankhya explains why one should reject as delusive everything he perceives through the senses, and why he should seek a higher, nonmaterial reality. Yoga, the second in the series, is the supreme science, for it enables one to experience truth for himself. And Vedanta

These philosophies are best taught sequentially. People should understand, first, their need to banish delusion from their consciousness in comprehending that delusion is the source of all life's pain, uncertainty, and suffering. When they recognize their need to live by higher principles, they develop the willingness to undergo the discipline necessary for attaining a higher understanding. Yoga, for that reason, comes second in the series.

Beyond Yoga practice there lies the wisdom of Vedanta. One may ask why wisdom needs to be explained if it can be realized personally. The answer is that Vedanta shows where all true spiritual practices lead, lest people be tempted to stray off the trail to the top of the mountain by reaffirming their egos and developing, for example, the eight siddhis or spiritual powers. The true purpose of yoga is to bring one to the highest state of Self-realization. The Vedanta teachings help to keep one's aspirations directed toward that goal.

There is a story my Guru enjoyed telling about a great yogi named Baba Gorakhnath, whose life span was three hundred years. In that long time, Baba Gorakhnath developed all the yogic siddhis. 1The seat of spiritual vision, located just behind the forehead at a point midway between the eyebrows.

When it was time for him at last to leave his body, he wanted to find someone highly advanced enough to receive those powers

. Gazing through the spiritual eye, he saw a young man seated by the river Ganges in deep meditation. Here, he realized, was a fit person to receive his siddhis. He materialized before the young yogi and announced, “I am Baba Gorakhnath.” If he, with his high renown, expected a gasp of amazement from the young man, he was disappointed. The younger one only looked at him with an expression of calm inquiry.

The old yogi continued, “I have seen that the time has come for me to leave my body. Over many years of spiritual practice I have perfected the eight yogic siddhis. Today I am here to confer them upon you, for I have seen in meditation that you are worthy of them.”

Baba Gorakhnath, holding in his hand eight pellets of mud, continued: “I have infused these pellets with my yogic powers. Meditate holding them in your right hand, and their powers will be infused into you."

The young yogi took them in his right hand, looked at them for a moment, then asked, “Are these mine to do with as I choose?”

“Of course!” the other replied. “I have given them to you. They are yours.”

Thereupon, the young man flung all eight pellets into the river.

“What have you done!” cried the other in horror. “It took me three hundred years to develop those powers. You have thrown away my life work!"

The young yogi gazed at him with still eyes and answered, “In delusion yet, Baba Gorakhnath?”

His words vibrated with divine realization. The ancient yogi was suddenly wakened from his lifelong fascination with powers.

“How can I thank you?” he cried. “I can do so only by leaving my body in a state of perfect freedom!” He sat down on the sand forthwith, entered into deep meditation, and left his body, a fully liberated soul. 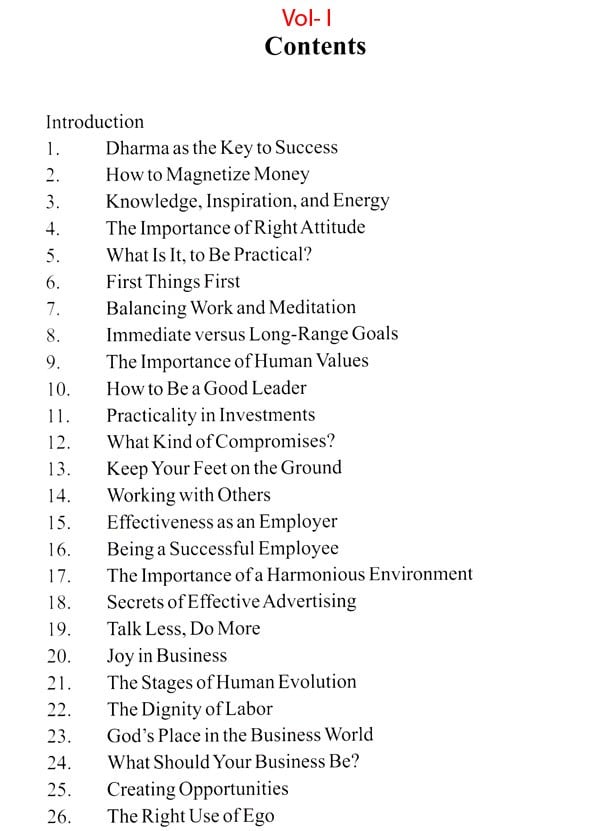 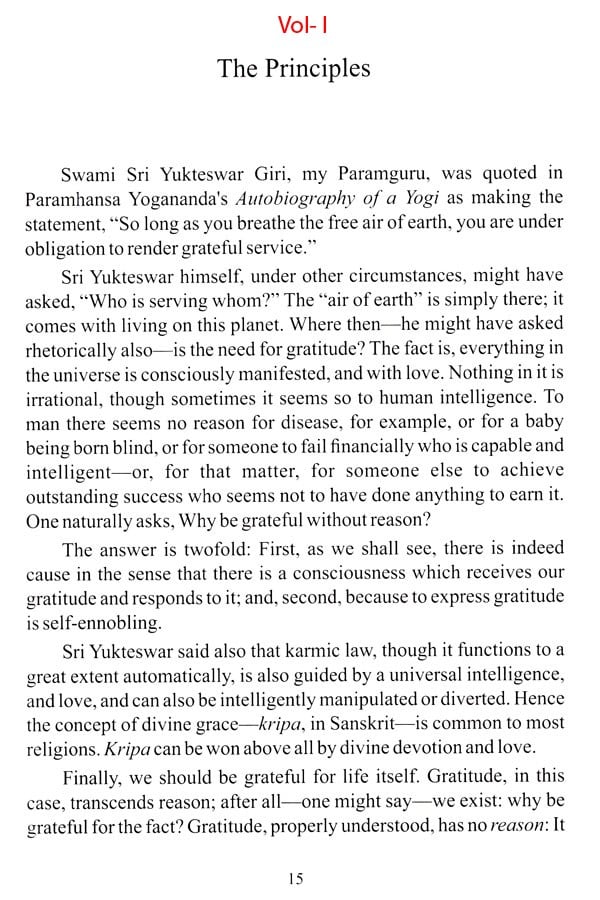 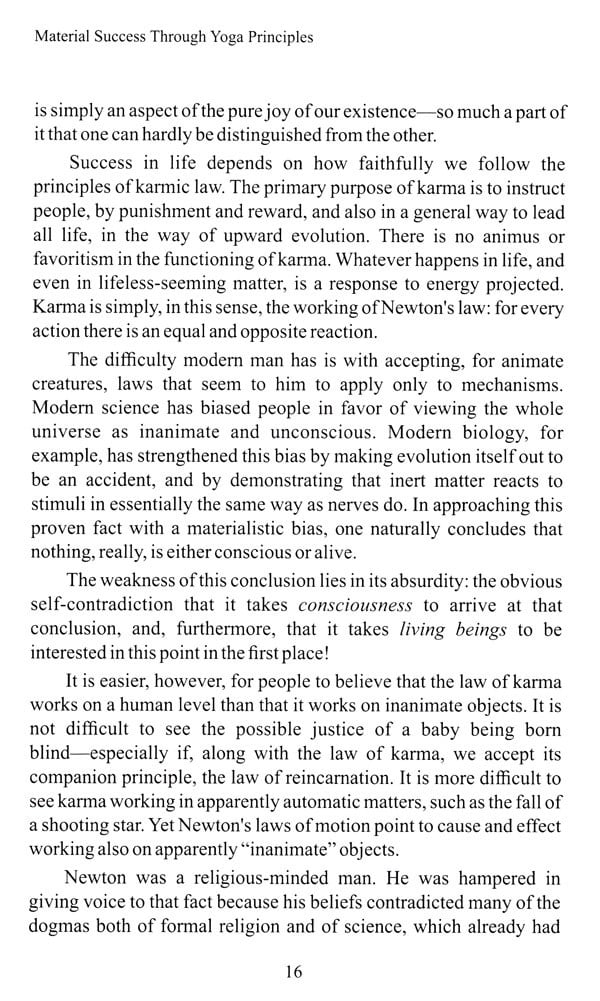 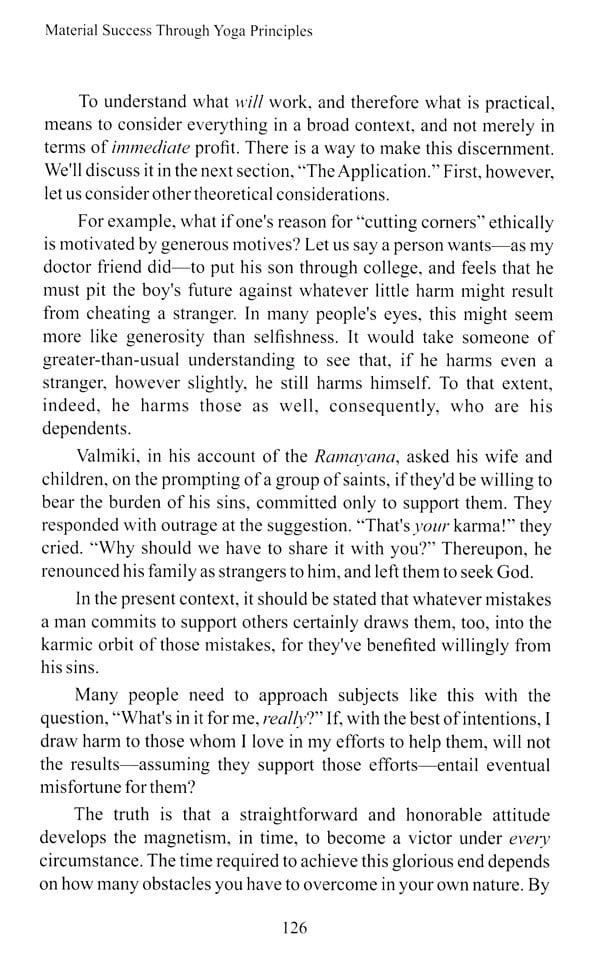 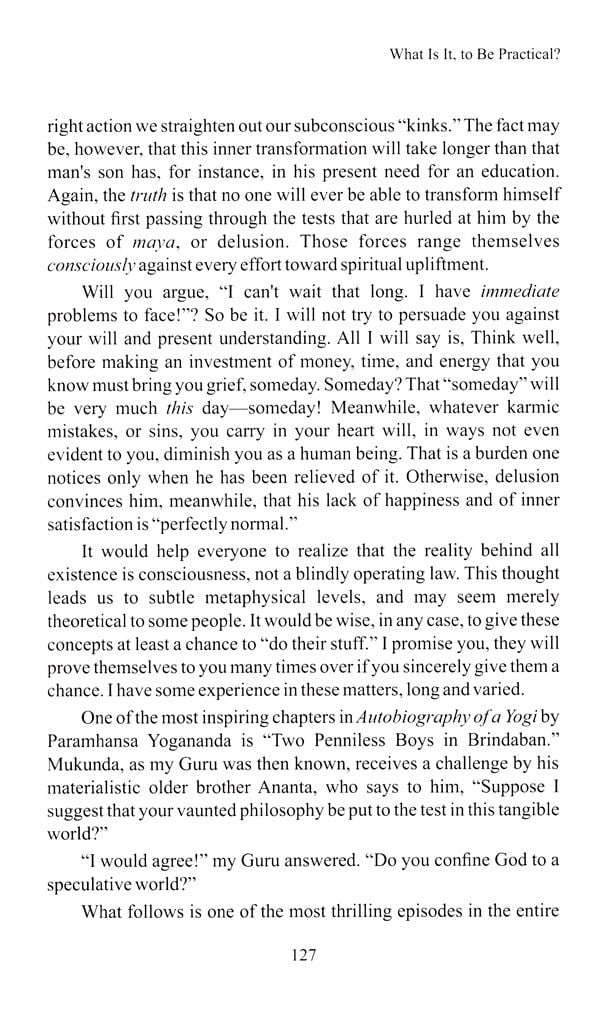 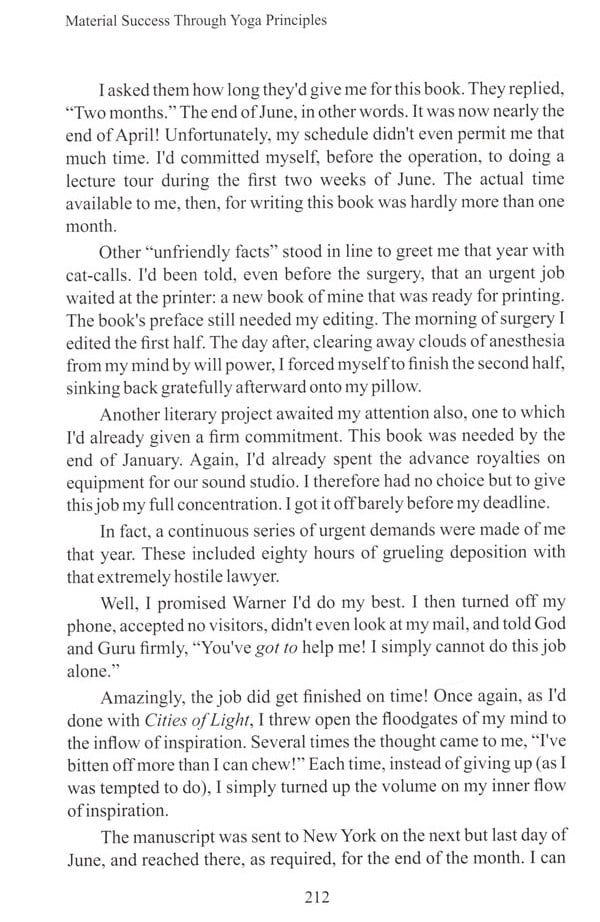 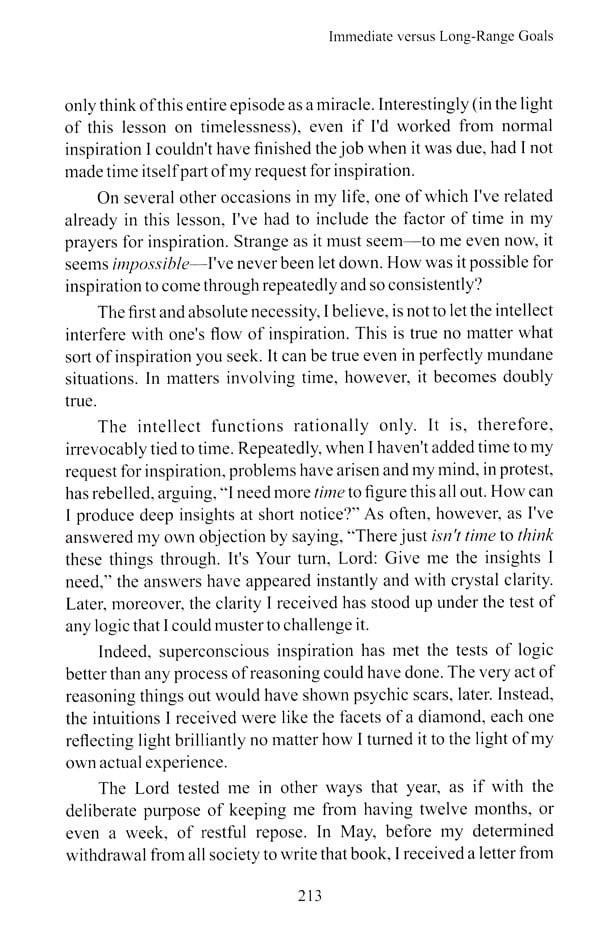 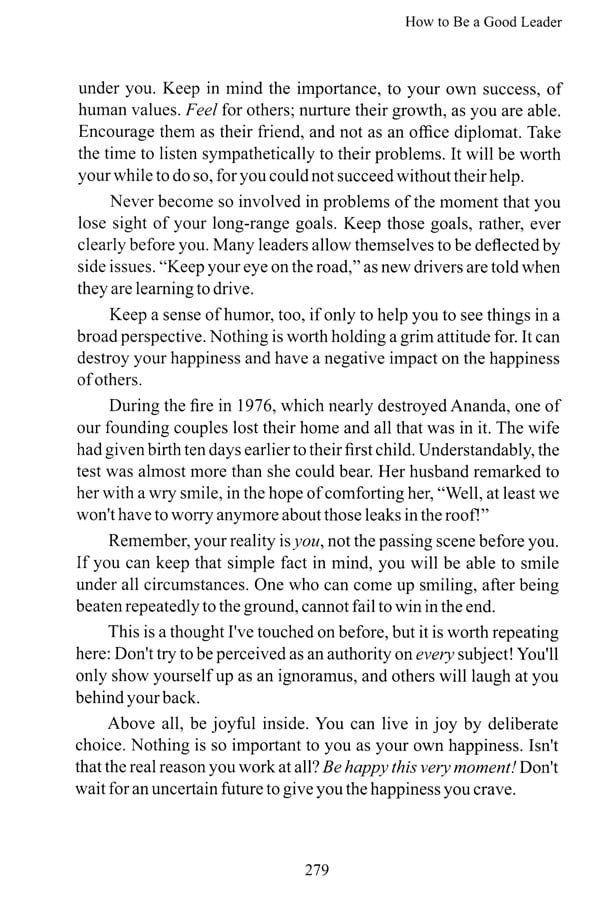 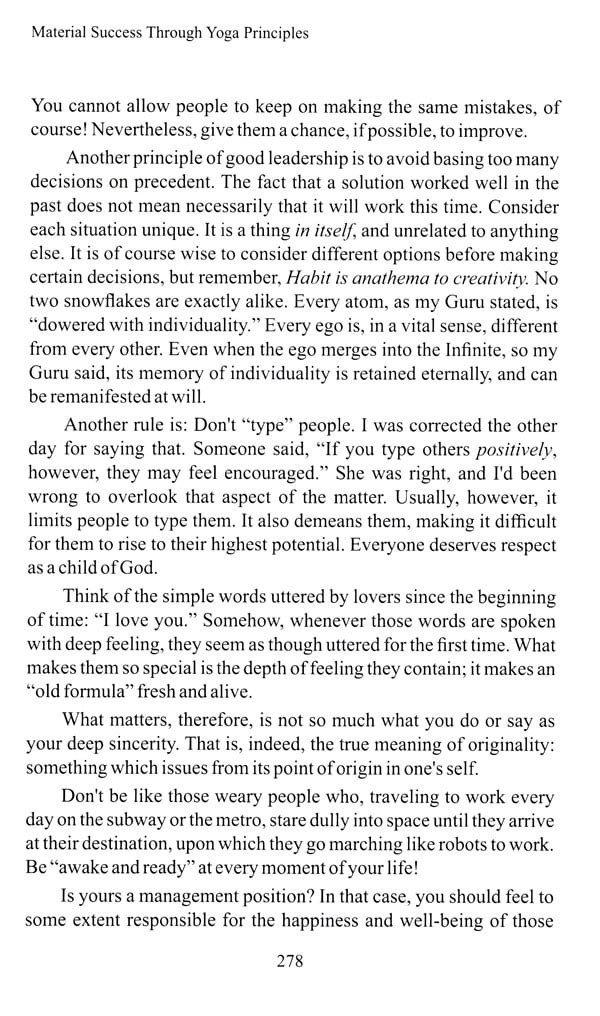 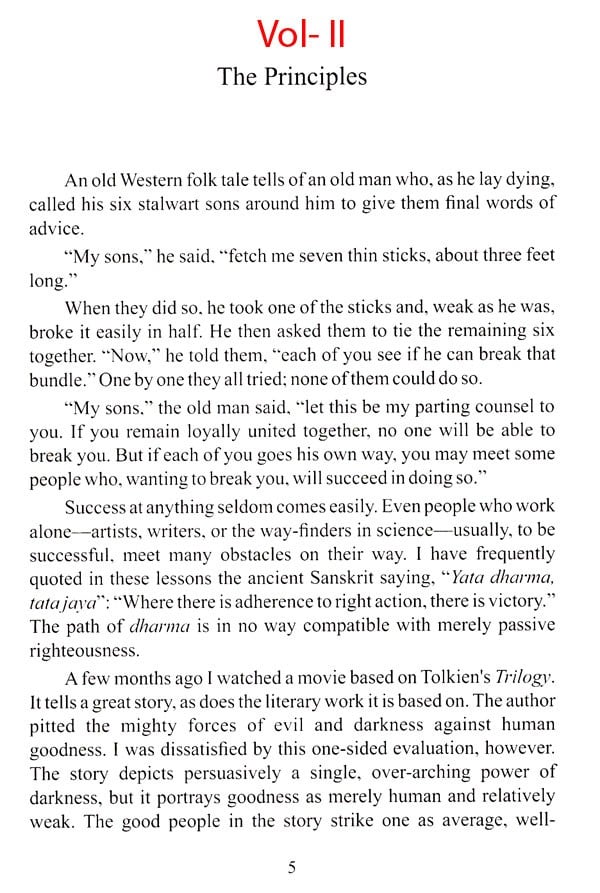 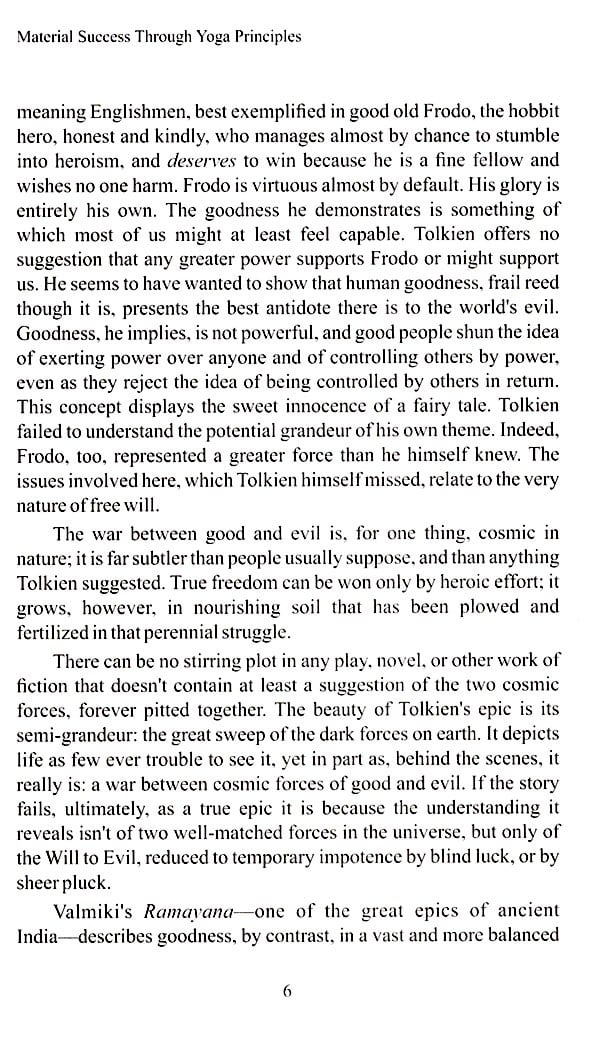 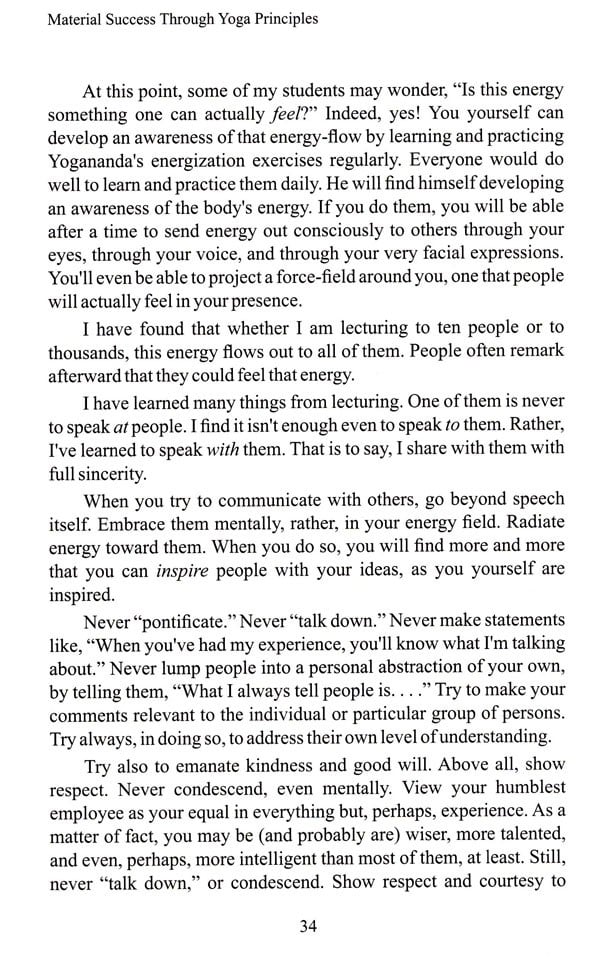 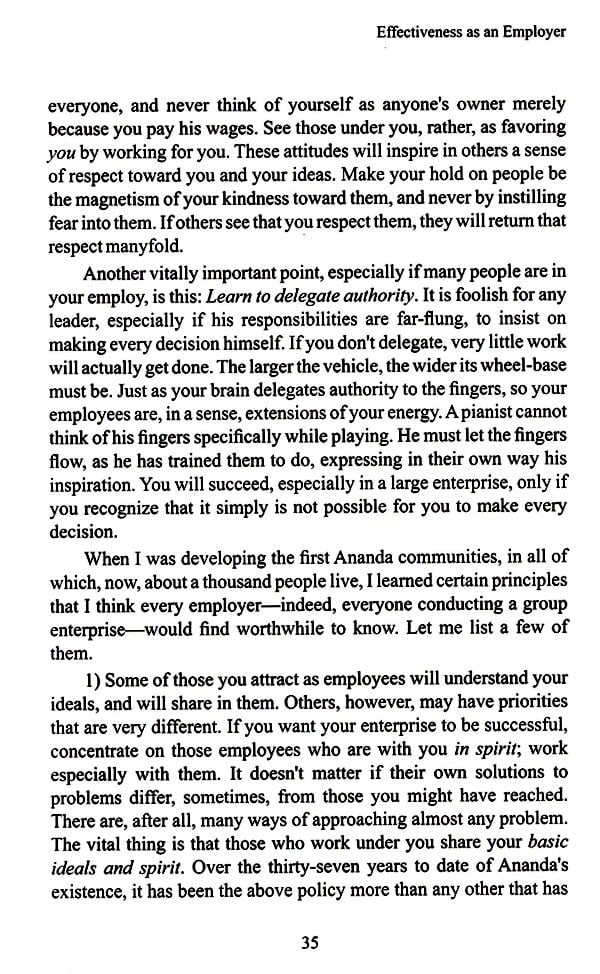 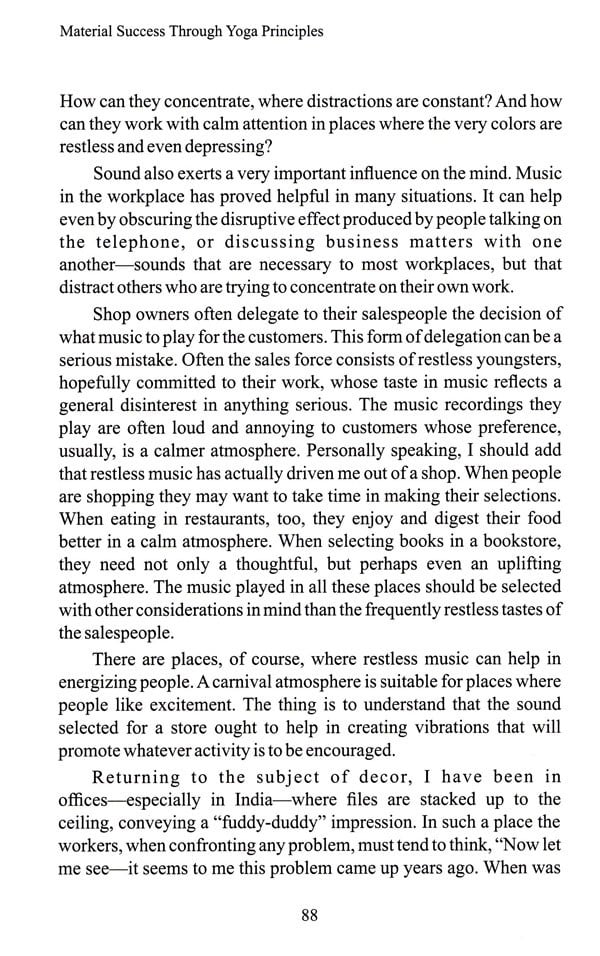 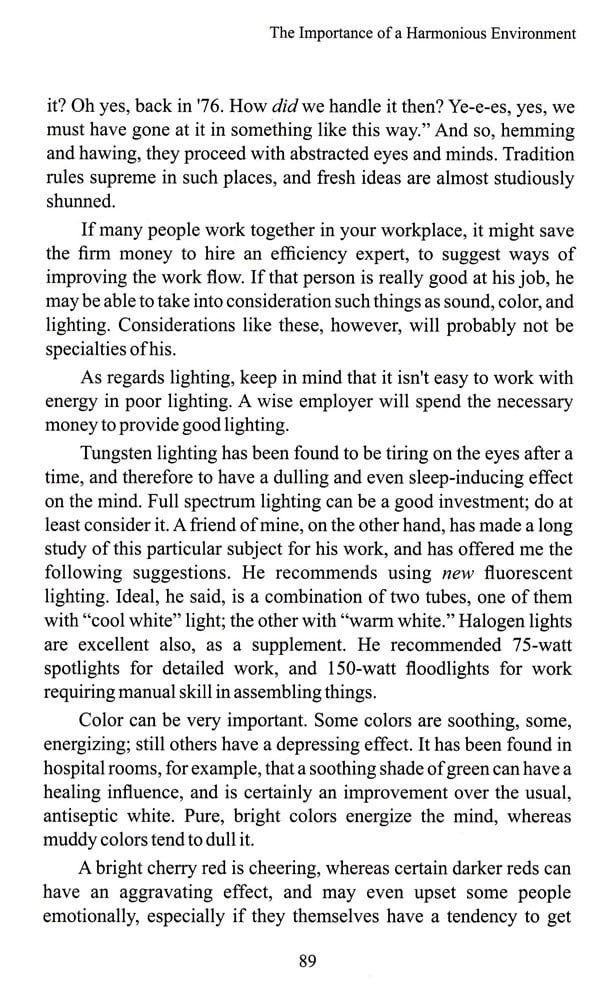 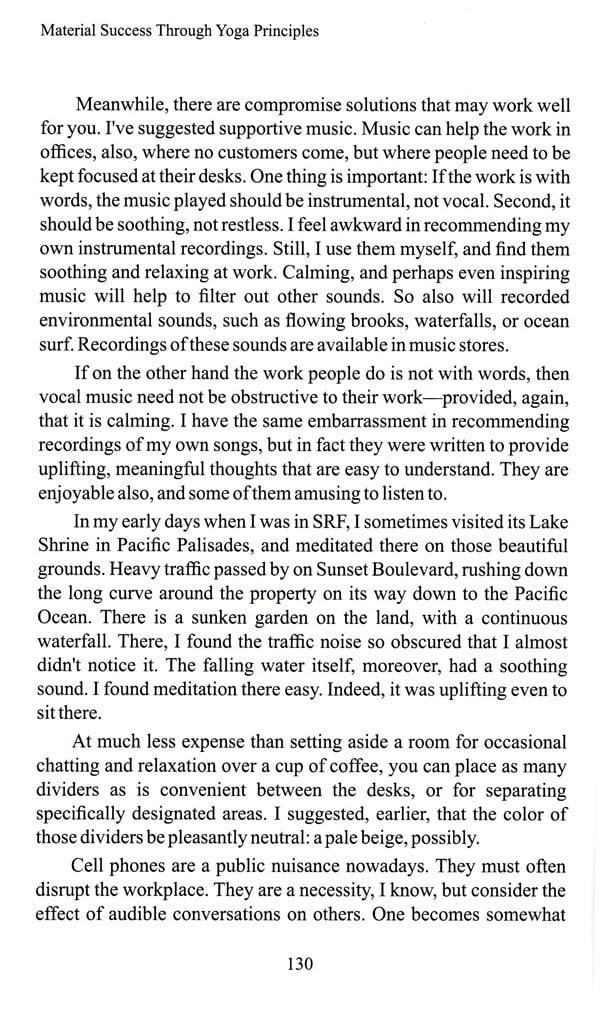 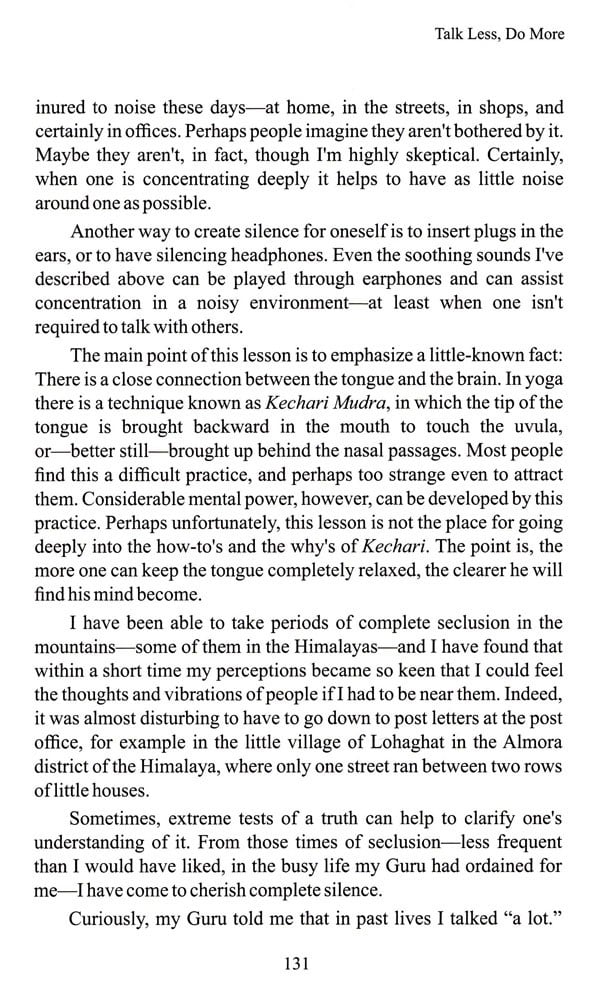 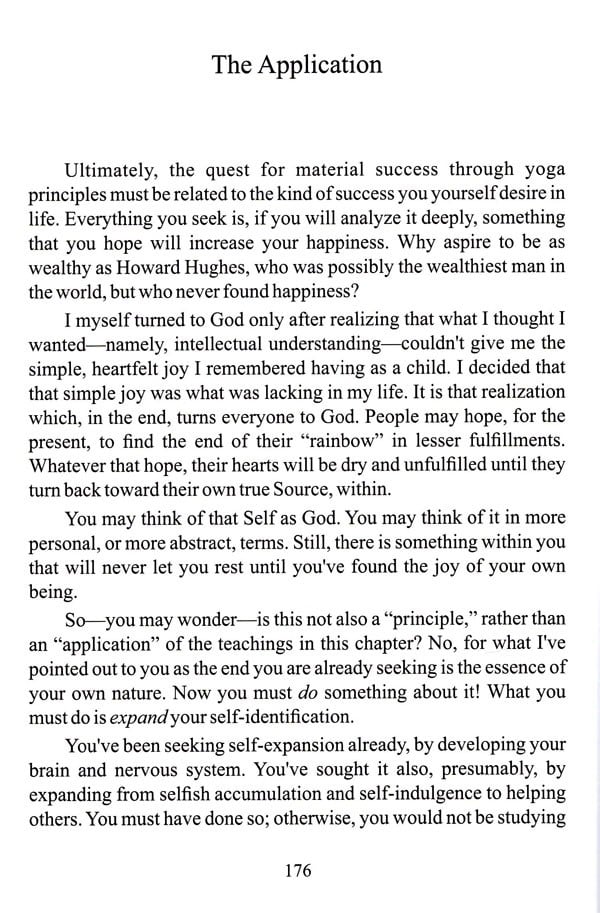 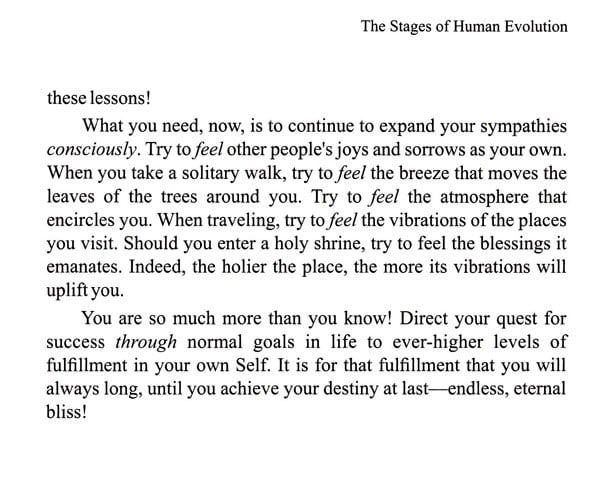 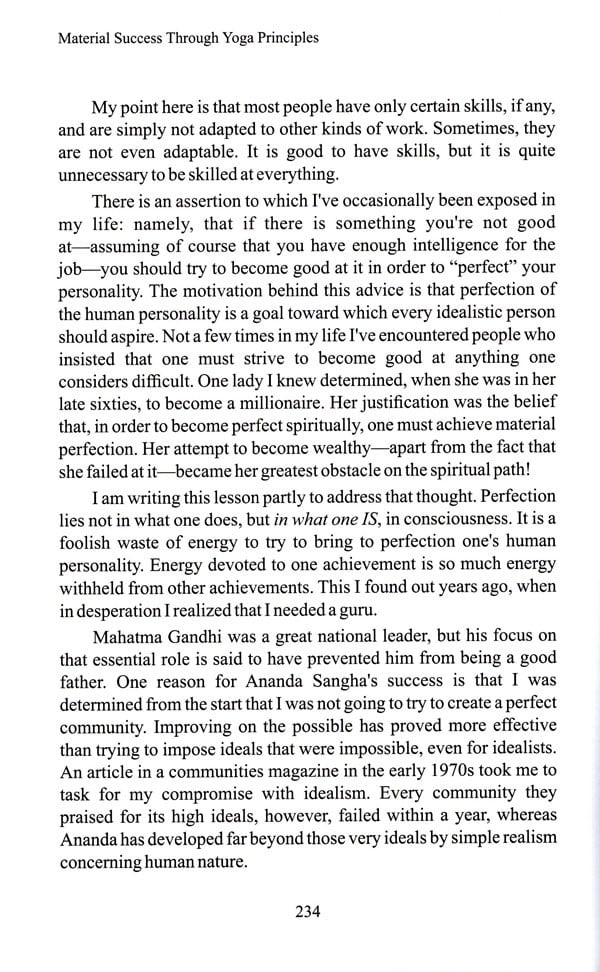 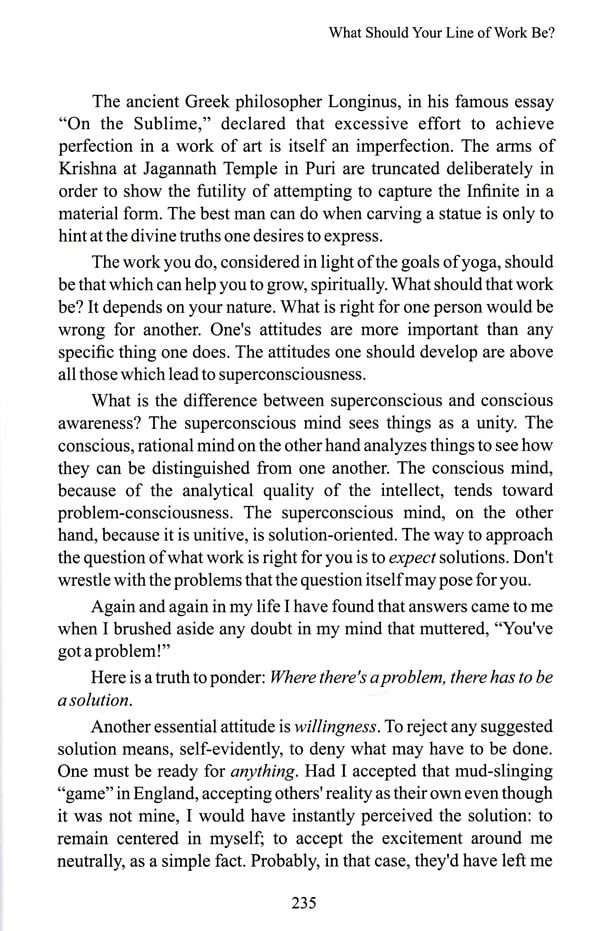