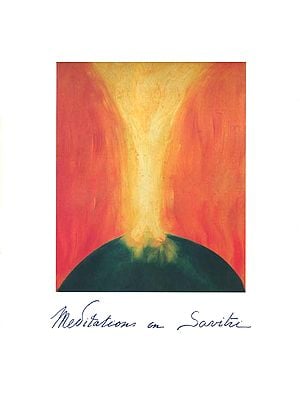 Meditation on Savitri (Book One - The Book of Beginnings) 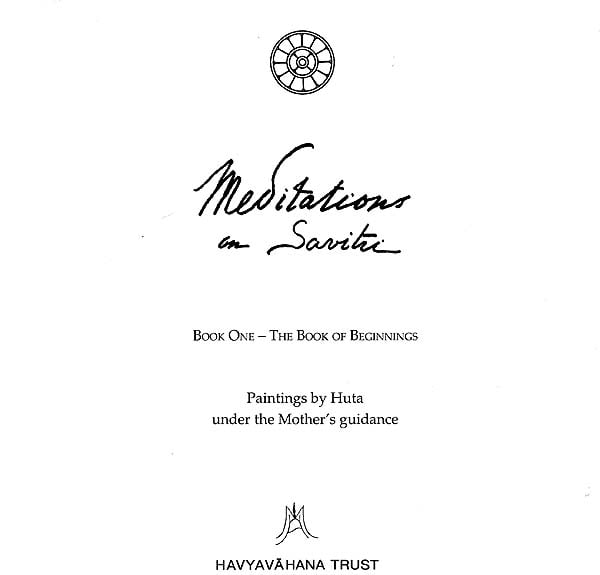 Savitri:A Legend and a symbol is the poetic masterwork of Sri Aurobindo (1872-1950), India’s great revolutionary leader, mystic and sage. An epic of almost 24,000 lines, based on an episode recounted in the Mahabharata, this poem has been characterized as “The supreme revelation of Sri Aurobindo’s vision’ by his spiritual co-worker, the Mother of the Sri Aurobindo Ashram in Pondicherry. He is known to have worked on this poem from at least 1916 to within a few days of his departure from the body on December 5th 1950.

The Mother (1878-1973) was born Mirra Alfassa in Paris, As a girl she excelled in studies and practiced music and art as well as sports. She studied art at the Academie Julien in Paris – at that time the only Art School which accepted female students.

She was spiritually conscious from her childhood, had mystical experiences and occult powers. She had practiced sadhana and developed yogic knowledge before she visited India in 1914 and met Sri Aurobindo in Pondicherry. In 1920 she came to stay permanently Near Sri aurobindo, who pronounced her “The divine Mother”- his spiritual Partner in leading the whole of humanity towards a new consciousness and a higher life. From 1926 he gave the charge of all his disciples to the Mother. The Sri Aurobindo was her creation. In 1951she established the Sri Aurobindo International Centre of Education, and in 1968 she founded the experimental international township of Auroville. In the Ashram the Mother encourage creativity of all kinds.

Savitri is Sri Aurobindo’s a great epic poem. He says in one of his letters: “Savitri is the record of a seeing, of an experience which is not of the common kind and it is often very far from what the general human mind sees and experiences.

The work of illustrating the whole of Savitri through paintings was given to me by the Divine Mother. It was so great, so beyond the capacity of the little instrument that she had summoned that only her Grace working in Sri Aurobindo’s light could have seen me through.

As a matter of fact, when I began I did not know how to draw a straight line or how to hold brushes, nor did I have any colour sense. It is the Divine Mother who taught me painting and truly led me to the highest artistic consciousness.

I remember two of her letters which she wrote to me before we actually started our work of expressing through paintings the visions of Savitri . In the first one she wrote. We shall collaborate to
Do nice things and express
In painting a higher
World and consciousness
And in the second letter she said:

We are going towards a
Painting that will be able to
Express the supramental truth
Of things
Now the work is over, and I am grateful to the Divine Mother and Sri Aurobindo for making me their instrument.

‘All can be done if the God touch is there,’ This is what Sri Aurobindo has written in Savitri, and how true it is!

This is the first volume of a series which will show all the meditations on Savitri Painting as well as selection of the Mother’s sketches for the work. This volume covers Book One of Savitri-The Book of Beginnings, and the rest will follow.

I am happy- really happy-to share this splendid gift with everybody in the Mother’s Consciousness, Truth and Love. 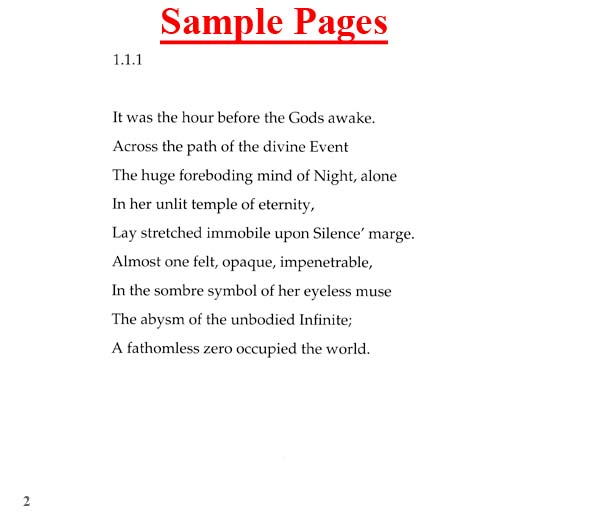 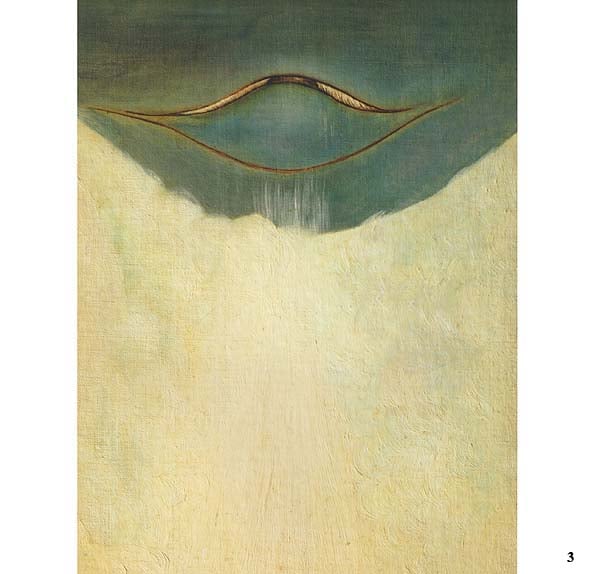 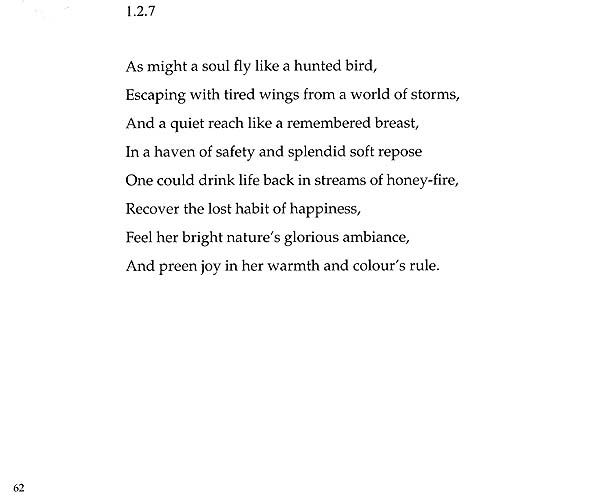 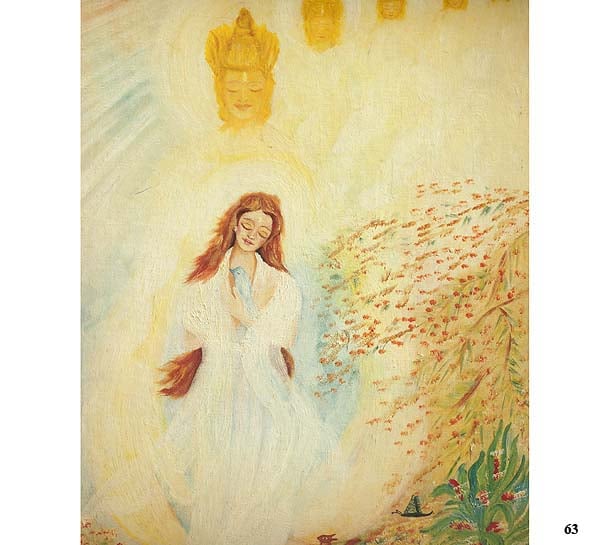 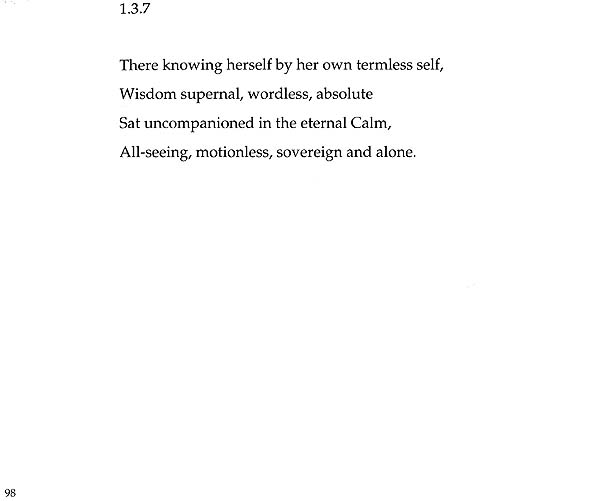 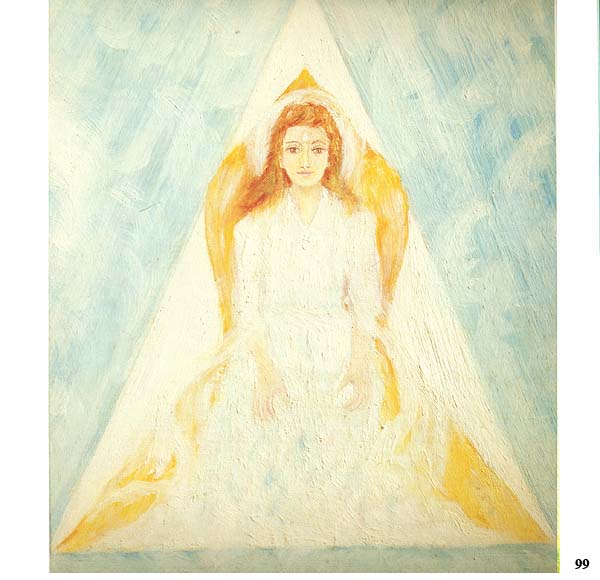 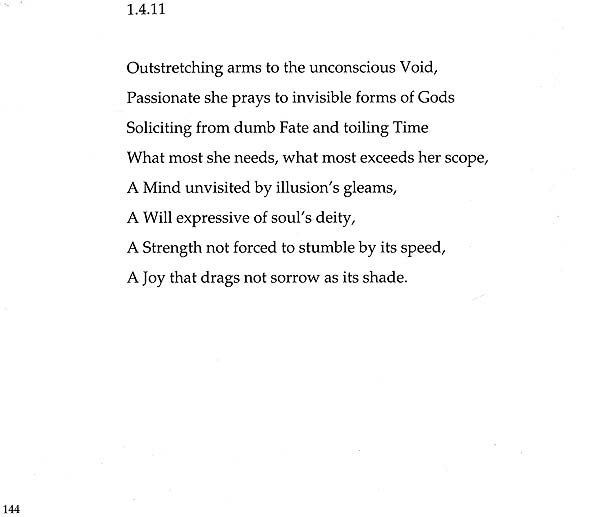 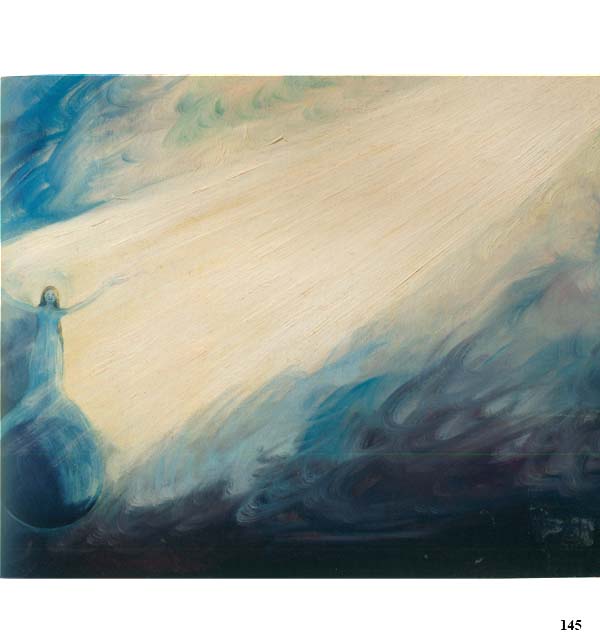 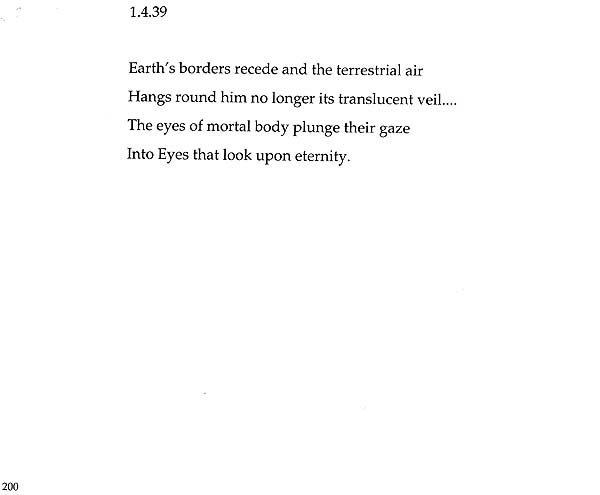 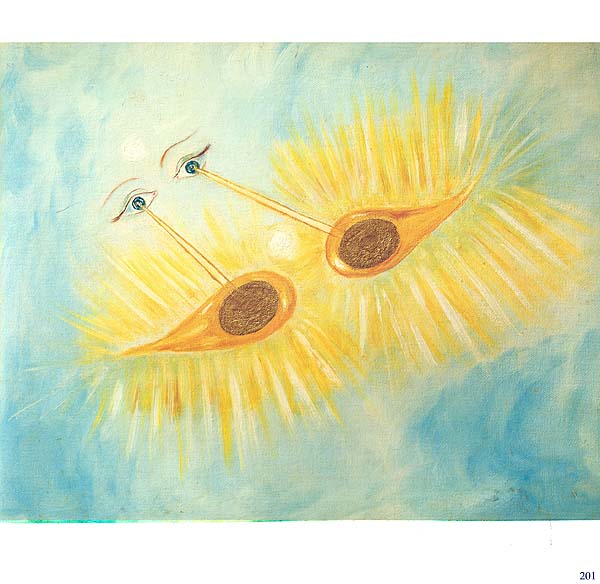 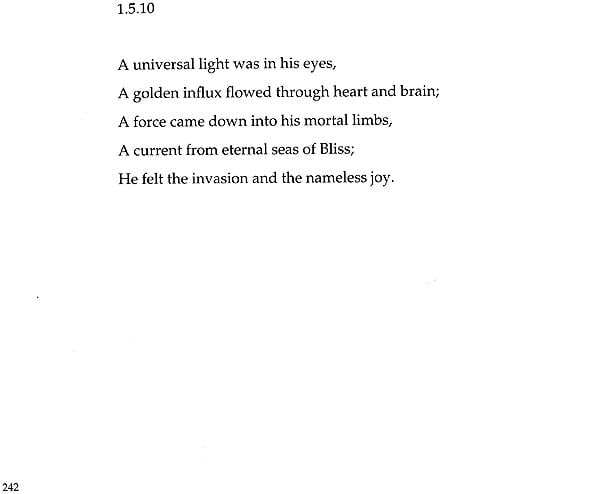 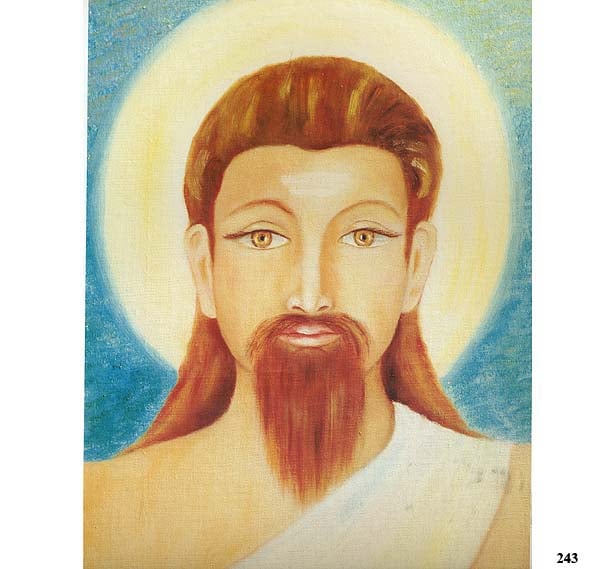 Dhyana: Meditation and Contemplation (Compilation from the Works of Sri Aurobindo and The Mother)
By K. C. Anand
$11 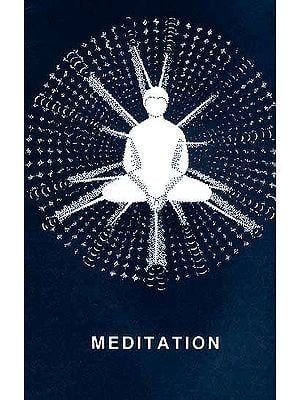 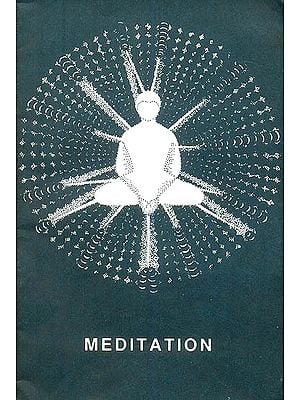 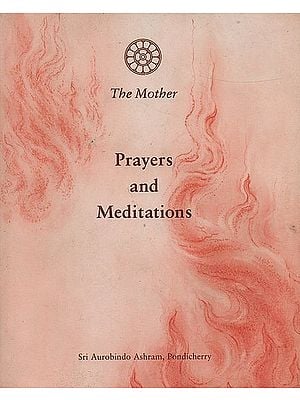 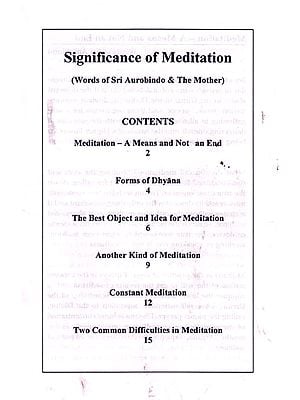 Significance of Meditation
By K.C. Anand
$5.50 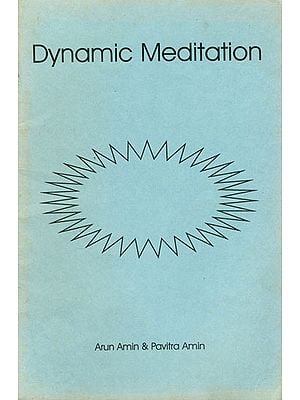 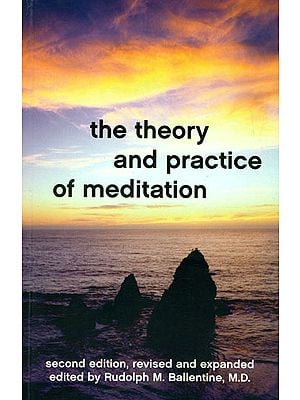 The Theory and Practice of Meditation (Second Edition, Revised and Expanded)
By Rudolph M. Ballentine, M.D
$13.50 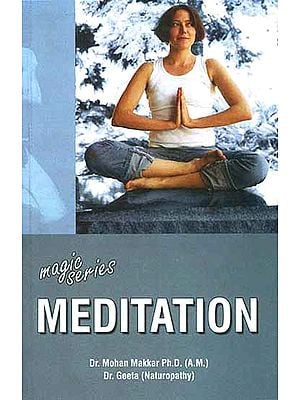 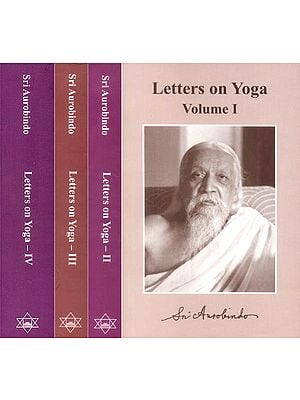 Essays in Philosophy and Yoga
By Sri Aurobindo
$31
FREE Delivery