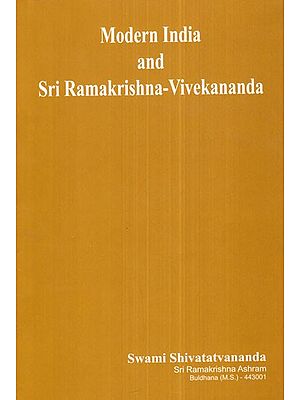 “The world will have to imbibe and assimilate the body-soul discrimination given by India through Sri Ramakrishna-Vivekananda which will help them in attaining spiritual and empirical progress, niḥśreyasa and abhyudaya.

“The world will have to imbibe and assimilate the body-soul discrimination given by India through Sri Ramakrishna-Vivekananda which will help them in attaining spiritual and empirical progress, niḥśreyasa and abhyudaya.

Then only fulfilment and peace is possible.

This gift of India, this boon of India will save the world.

It is the will of destiny. It is the gesture of the Lord, the Creator of the universe.

Else, the principle and the example of this bodysoul discrimination, the saving factor - who will give it to the world? America? Russia? China ?”'

The present book “Modern India and Sri RamakrishnaVivekananda” was originally written in Marathi by Swami Shivatatvananda (1919-1991) and published by Ramakrishna Math, Nagpur in the year 1975.

Indeed there is no end to the problems with which Modern India is confronted today but it is her great fortune that the highly spiritual luminaries Sri Ramakrishna-Vivekananda have come to her rescue to spread the light of knowledge. In connection with the modern science, secularism, socialism, rationalism, sensualism etc many complicated problems are being faced by Modern India. Moreover these problems are of different nature than the problems of ancient India and so corresponding solutions are naturally expected. This book deals with the basic and detailed elucidation of these problems and the infallible guidance and their means to solve these problems, imparted by Sri Ramakrishna-Vivekananda. These solutions and their means are most befitting to the present age.

After the aggression of the British over India, the western ideas and ideals laid great influence on her. Out of this, scientific materialism and its natural consequences namely atheism and tendency for sensate life arose forcefully. It badly affected our religion, culture and society and resulted in a kind of severe confusion in the mode of thinking of the Indians. In such bewildered state, remarkable guidance regarding - wherein lies the soul of India's religion and society, how will this soul be enlightened, how will the enlightened soul attain corresponding body and so on, was given by Sri Ramakrishna-Vivekananda. According to them, whatever is good and eternal in India's religion and culture should be maintained and the beneficial and acceptable part from the western culture should be adopted. In this way new India should be moulded, this was demonstrated by Sri Ramakrishna-Vivekananda through their own life and their teachings and in this alone lies the uniqueness of their divine life and work.

. For the upliftment of modern India, Sri RamakrishnaVivekananda gave the solutions and actual means for the manifestation of India’s ‘individuality', her ‘own’-ness useful to the age, and the most valuable precept for accomplishing, niḥśreyasa and abhyudaya, in present situation corresponding to the age. The most relevant and discerning sketch of these immortal solutions and their means is given in the present book. By adopting these solutions and their means alone, real progress and all-round development of the Modern India will take place. From the point of view of fulfilling this mission of India's rejuvenation, we believe, the readers will definitely get new light from this book. 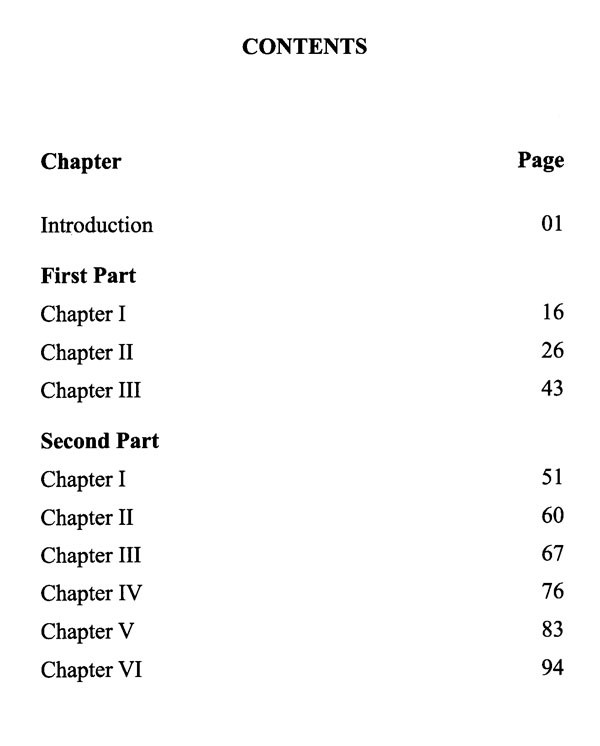 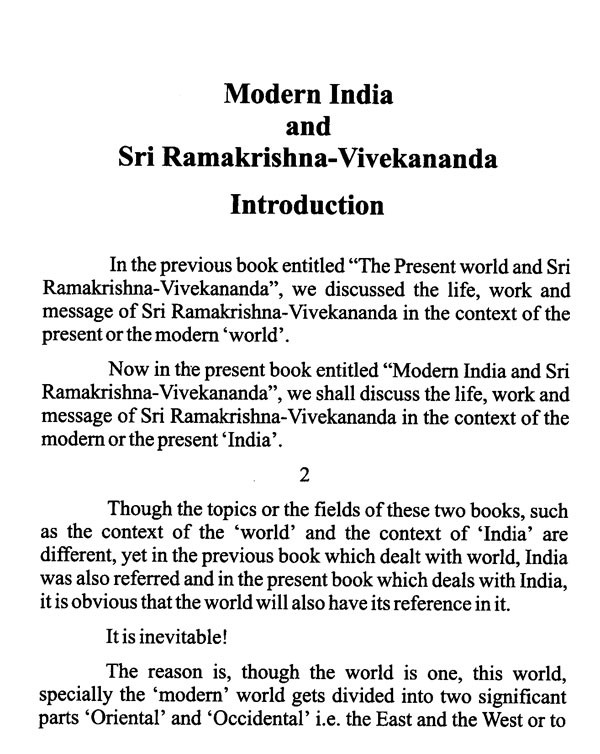 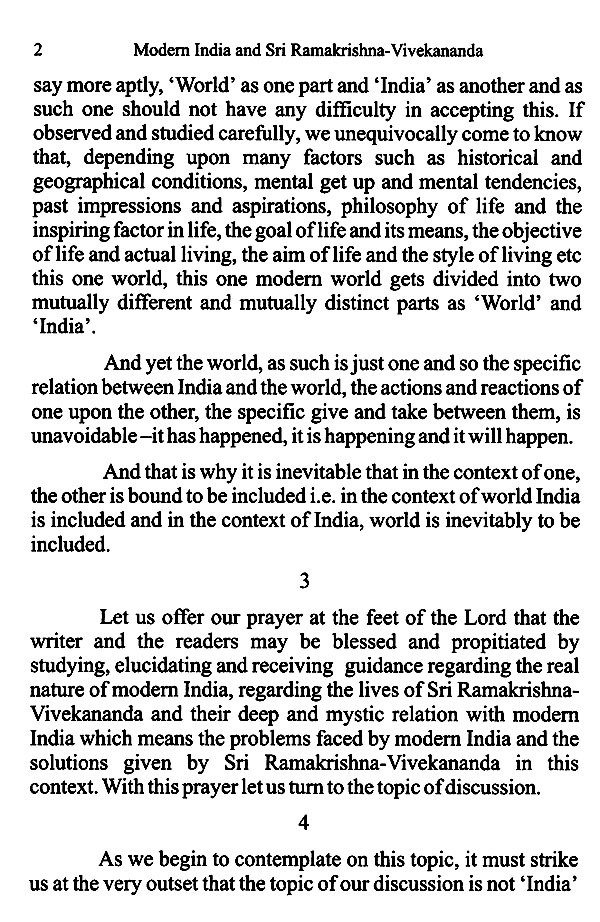 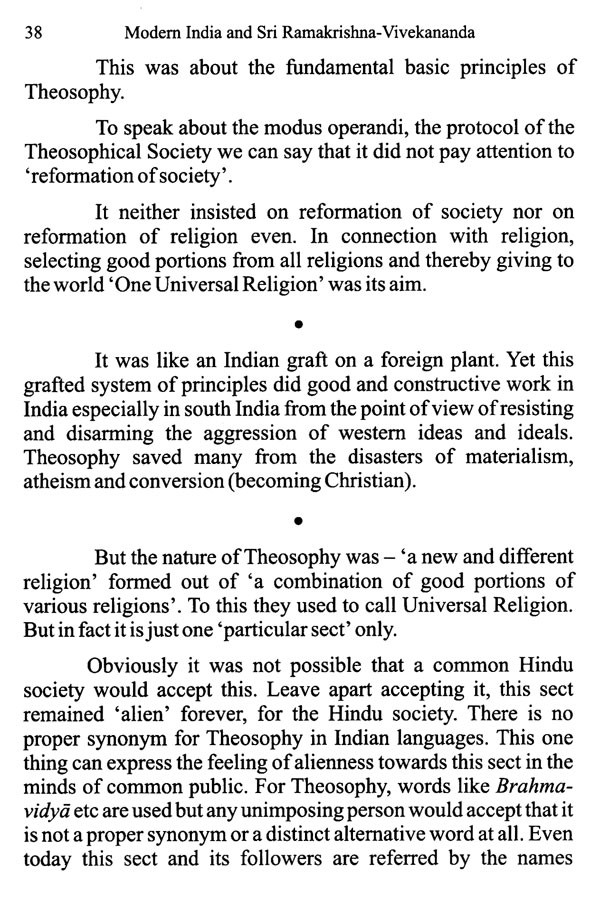 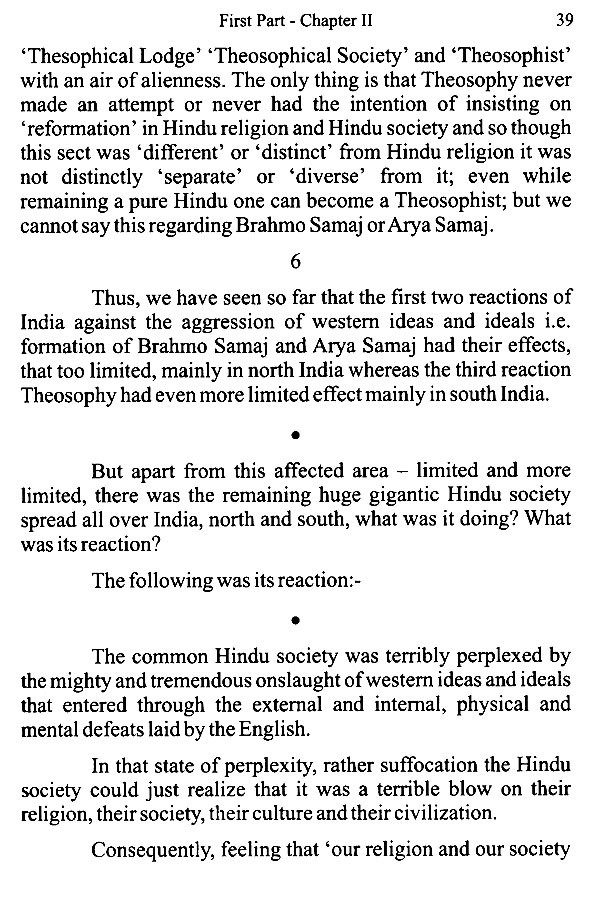 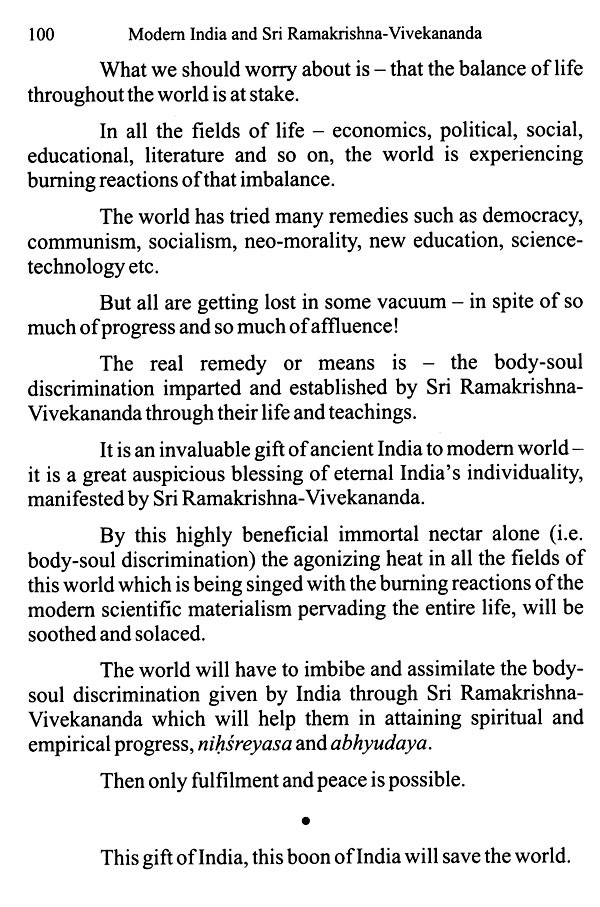 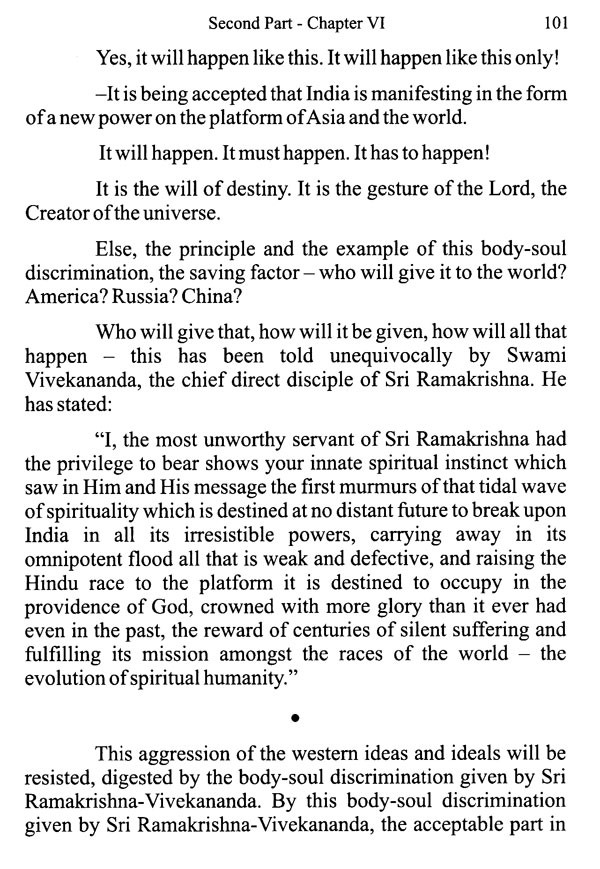