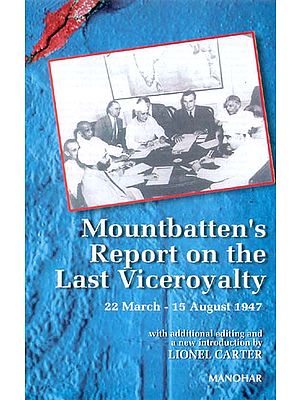 This volume reproduces in full Mountbatten's own account of the last five months of British rule in India based on reports he sent to London at the time. Written with disarming frankness, we witness the failure of Mountbatten's initial attempts to secure independence on the basis of a united India. He then turned to some form of agreed partition and his eventual success was achieved after considerable feats of diplomacy. The figures of Gandhi, Jinnah, Nehru, Vallabhbhai Patel and other key leaders loom large in this account. Mountbatten provides a valuable introductory historical survey and a chapter in which he draws up his conclusions. There are thirteen appendices providing the texts of key documents and an index of the persona involved in these momentous events.

Before becoming the last Viceroy of India, Lord Mountbatten played a major part in the defeat of Japan in the second world war. He was Supreme Allied Commander, South-East Asia Command between 1943 and 1946. Here he was also responsible for preparing Burma for civilian rule. Mountbatten served as first Governor-General of the new Dominion of India and after he left India in June 1948 he held a number of senior posts. He was First Sea Lord in Britain between 1955 and 1959 and then became (until 1965) Chief of the U.K. Defence Staff.

For more than ten years, Lionel Carter was a member of the team (led by Nicholas Mansergh) which produced the British Government's series of Documents on the Transfer of Power to India, 1942-47. From 1980 until 1999, Carter served as Secretary and Librarian of the Centre of South Asian Studies at the University of Cambridge.