Buddhism, a Newar sacred trust, is spruced by Lumbini born Sakyamuni's sensation in Nepal. His advent in epala-Mandala, a prodigy of traditional Nepal valley, is theosophical notion for Dhamma insemination as cached and supported by early traders. This stowage was quiet from political interlopers by intermissions. Its caucus was primly served by deported nations from Buddhist Kapilavastu and Devadaha, the early convinced envoys before nomadic Kiratas. These homespun ethnics were however interfaced by revered and witty flocks of Buddhism. They intoned with hilly tribes of Nagae for a faith that withholds their way of serpents' clan to snake's devotion. Those riveting nation were escorted sacredly like Deva, Gandharva, Asura, Raksasa etc., from bucolic to republics set for monarchial exclusivity in Kirata dynasty, as known to medieval records. These ethnic of Naga were gradually bespoken for unspecified subject of idyllic customs that assimilates in Copala, Abhira and Ahiras of submissive mythical race.

Their culture was curved into hilly spirit of Kiratas, wincing to amend with novel monarchial pattern. They cogently modified sustainable median for political composure of Ajatasatru's monarchy. Buddhist republics were outlived once by King Vidudava of Kosala as Licchavis were uprooted from Vaisali by political mayhem and hostilities of Magadhan Emperor Ajatasatru. They were coerced to relinquish from their cradle to harbor into the bedlam of this valley. They tucked in archaic cultural mosaic encumbering lastingly for subsequent nation. Their upbeat rejoins with socio-economic status for enjoining the migrant rice cultivators from lower land. They betrothed for their home in this valley relating Dhamma essence happily in farming vocation. Other practiced to keep majority in this food habits. Meanwhile, they lacerate bygone traits to coerce for embedding with ousted legends of roving to agro-trade in culture. This deal was endorsing Buddhist Vinaya of Right Livelihood. Licchavis (Vrijji) knew no Newars but eminent Buddha's folks (Sakyas, Koliyas, Mallas) as farmers, craftsman, traders, warriors to statesmen of oligarchy. They were completes early communities of Licchavi (Vrijji), Guptas and later Mallas for higher class of eighteen ethnic (Astadasa-prakriti) system. They befall on perpetual practice of Right Vocation and Right Livelihood in cultural decree. It stimulates social pattern of 18 major factions (Jhincyagu-Mahavihara-guthi) as Sarvasangha or Newar monastic cohorts of medieval Buddhism. They rent clergy of Vinaya for Asokan lore of Dhnmma-vijaya in sacrosanct replenishing of Dhammanu-sasana. It was brilliantly goaded by his edicts of Niglihawa, Cotihawa and Lumbini, But his (Piyadasina's) yarn abides with Dhamma for Stupa esteem. It augments Dharmarajika notion for monolithic stupa brand in Asokan caitya. It was cogitated by Vinayadhara's median for Caitya and Mahacaitya respect. It kept monks and nuns' mores fixed in sacrosanct trend. Those were enriched by original spirituality of Nepala Mandala. Hence, beautiful yarns set in ground-works of Svayambhu Mahiicaitya spirit as Dharmakaya, the self-emanated dharma embodiment on primeval serpents' lake.

This can be speculated by a topical delve into "Is ancient Nepal valley a primeval Koliya's Devadaha-Ganarajya?"Their sacred stupa was unscathed by Asokan salvage of Buddha's relics by a strong defense of Nagas, as once this dip was their celebrated crib. This story of undisturbed Buddha's bodily relic and stupa was goaded by Mahaparinibbana-sutta. It was harking back by a Chinese monk Xinxiang in pilgrimage of 632. But its notable detection for Ramagrama as early Devadaha was established by scholars and devotionals of nineteenth and twentieth-century only. Xinxiang had paid visit in this valley, also. If the yarn of Nagaharad is considered a fact not a myth, then it must be identified for a cradle of Naga or hilly populace instead of reptiles. Not only Chinese pilgrims but Buddhist texts typifies on wonderful missions for dharma influxes like in Mulasarvasthivadi Vinayasangraha. It deals Ananda's visit in this valley as notable event of Buddha's age before Asoka's mission completes in Kirata's' territory as mention by medieval chronicles.

It reminds on Saddharma attribute that evolved from a lotus of Lotus- sutra blending for Dharmarajika Caityas. It was sacredly set in a philosophical facet of Dharmadhatu spread of self-illuminated edifice. This can be interpreted as Mahayanic founding. They were streamlined by 24 Mahaviharas of Mahasanghika Aryabhiks,u and Aryabhiks,unl-sangha ritual of Licchavi time. Their effort was renewed by old monk's habit in public. It was not by any means a regal launch. Thus, Buddhist history lines on devout merits of the state (Agraharavirta) in public bequests (Dana) that was discrete to aborigines. Some were co-arbiters as donor (Dayaka) or liberal self (Danapati) to reward the repute of Kalyan, akitti-sadda for living in sacrosanct (Dhammic) line as households (gihidahmma), donors (Dayaktz) or volunteers (Karaka). They were liberally serving renounced monks to lead for Arahants' aim. In this consequence, the forest and cave monasteries (Samegum-vihara) became a prime shelter of recluse beings. These masses of loners or detached beings in public were known Aranyakas. So, they were called Hina for penury in societal rules. Later monastic group spruced them in mundane civic and householders (gihidhamma) set. But their societal errands go under Right Feat (Samyaka Karma). It lingered to keep for routine feat. Then Right Livelihood became auxiliary drive in attaining the perfection. Hence, ranch service became a realistic drive for reap and till the value of Dharma-karma. In a long run, they befall in farmer's class (Jyapus) for a bonded labors system of medieval time.

Those elite groups earned fields as owners (Talasin) by hiring farm workers in labor-contract for caretaking the fields, in a system of Bisti and Jhara as obligatory unpaid assistance in field. In return, certain portions of harvest or cash crops were allotted to their livings. It reminds a toll scheme of a Bali in Sanskrit as a Bau of Newar culture. It was imposed on reap (to Bhiuoah, a barren space in a middle of field left un-ploughed). Bali was charged from one of the eighth part from yields in Asokan time. But, aborigines lingered far-off from this practice for natural foray from bucolic to suave vocation. Thus, challenge alleviates in ad vices of devoted leaders, priests and wandering erudite for ethics, faiths and naive theology. Those potted folks were eschewing with opinionated problems in public. It pulled dutiful mentors' way in for generous inputs for pecuniary habits. Thus, myths and legends of Buddhas, Bodhisattvas, Manjusri, Aryavalokitesvara and yams of Siddhas, their historicity as scholarly folks as of Nalanda like Atisa's were celebrated by traditions in this valley. Likewise, Manjusri's lore has established the Dharma formation in Svayambha Caitya pattern.

It set off with Sangha reference to domicile Buddhist city of Manjupattan. Further, it relates the Asokan pilgrimage as matrimonial alliance of Asokan daughter Carumati with Devapala, a local Buddhist prince. It was a mythical trait that established Devapattan city and a probable nunnery of Maiju-bahal in Cabahil. Likewise, a sacred relation of Manadeva and Vasuvandhu connects to establish the story of Bauddhanath for Khasochhen-Caitya, hence Newars knows it as Khasti-caitya, with a legend of building on a basis of fog's water as Khasuti. Later, local farmer's lord image rents for Avalokitesvara-Padmapani. It was accredited by Licchavi king Narendradeva, a priest Bandhudatta, and a farmer Lalita's effort to bring in this farming lord or a Buddhist rain god for excellent production as mentor of Yoga (Bunga-dyoh) in this valley. This prodigy is proverbial for the success in rice cultivation in this valley. It indicates "the age of agriculture" by Licchavi time while Newar s celebrates the "aesthetic age of craftsman and trade in religious arts" for genre commodities as sacred items. This basis was firmly established in Tibet, after the establishment of Buddhist kingdom. Tibet's relation was reinforced by Buddhist bridal bond of Nepal's princess Bhrikua with Srangtchan-gampo in seventh century. It establishes the patron of Avalokitesvara and Taras as king and queen to engage as benign compassion-holder for rescuers from the suffering.

This attitude alters with Buddhist fortune established by iconic caucus of Padmapani, Aualokaesoara as Lokanatha, in regular esteem as a 'local god' to Hindus, too. Hence, this empathetic savior became a local god named as Bungadyoh, Karunamava, Virincinarana and Lokaruaha. Consequently, this rice cultivator's god turns in for the state icon like primeval lord Adinatha, also. His shrine icons were set in Bunga, Patan, Chobhara, Nala and Jamal, Janabaha, Lagan in addition to Thayamadu, and Madu of Kathmandu for a popular state god of early medieval time. It hallmarks the age of agro-trade in socio-cultural dealing. Lokesvara's shrines were set equally for sThana or Istadevata's import of Hindu aquatic lord's auspice like Jalavinayaka or s'Ihana-Canesa. Those deities became principal national icons of agriculture and trade's fair. Thence, farming citizens establishes rice as a major crop and ritual component for worship in any occasions. It became a peasant's habit of [ala village for tolling around neighboring cities of this valley for rice collection as a gift to celebrate Matsyendranath's chariot festival in Patan. This toll is called Lah-ki-kayegu and raised sporadically for offerings. 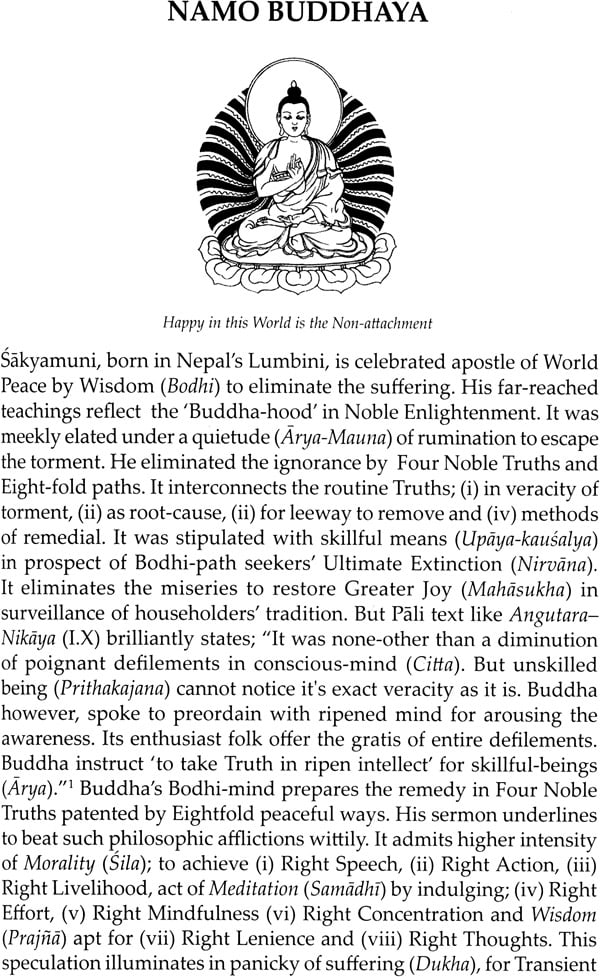 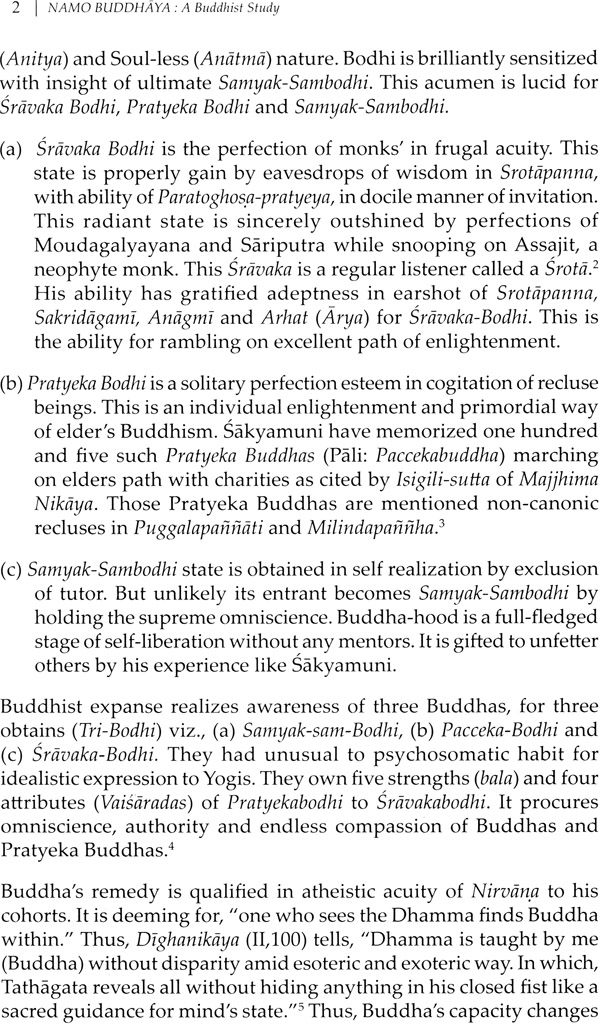 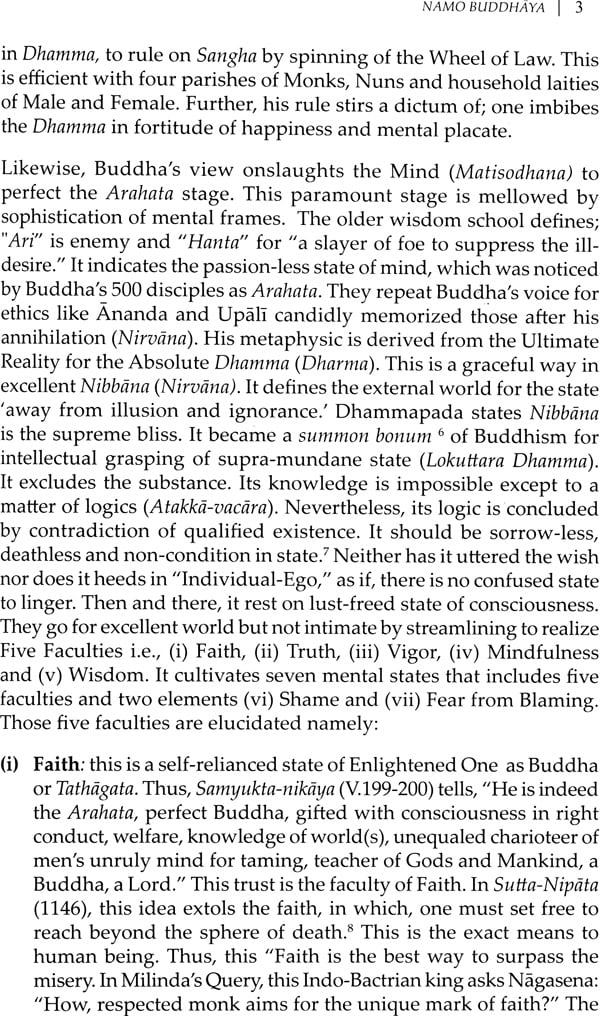 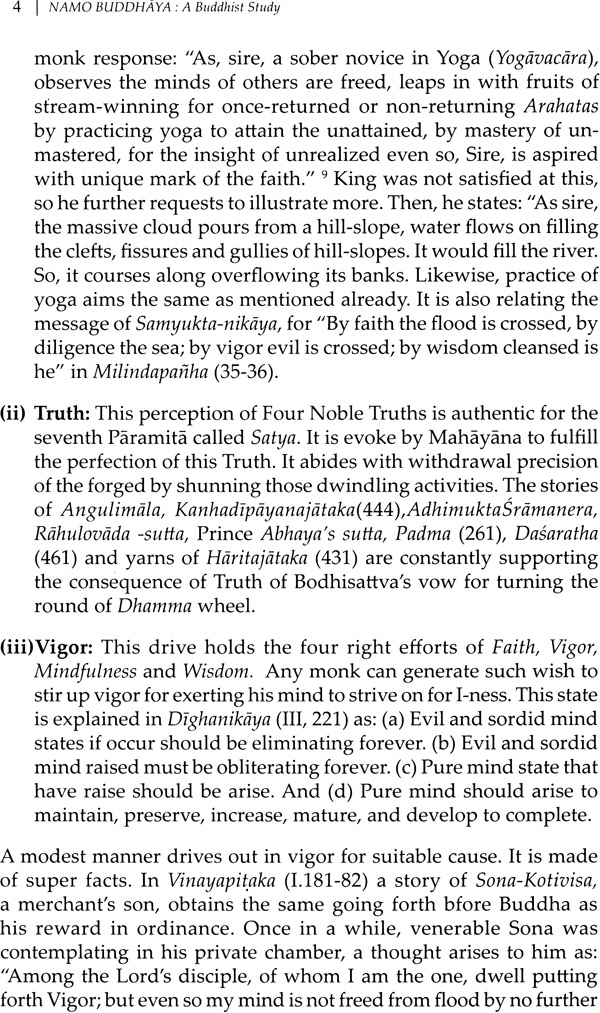 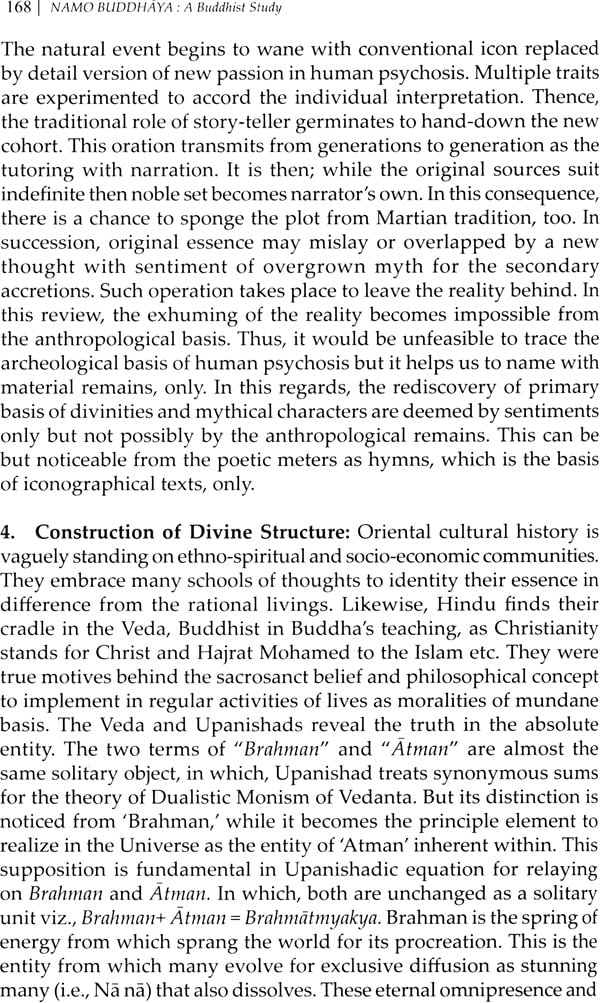 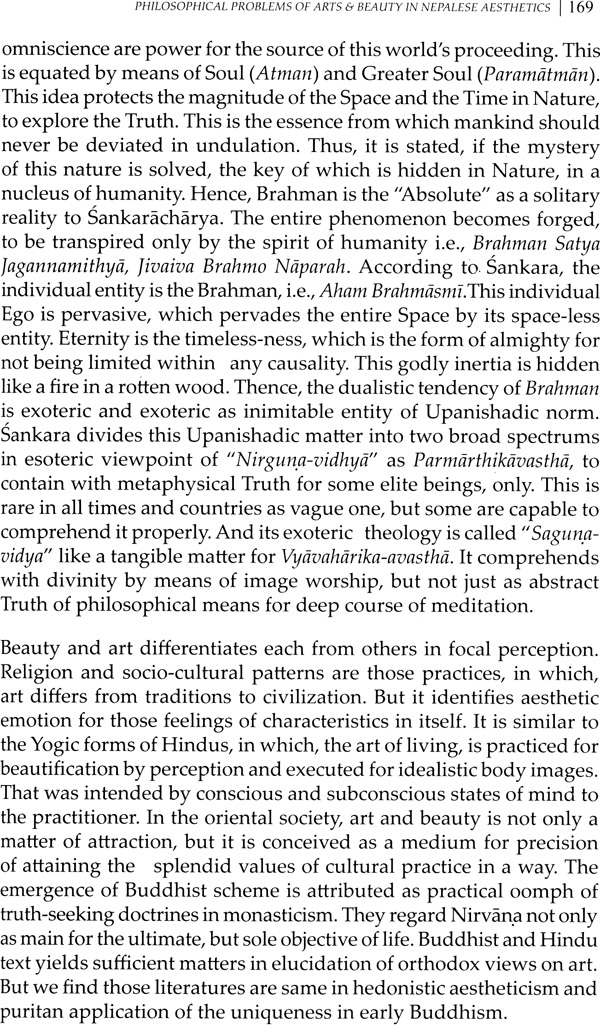 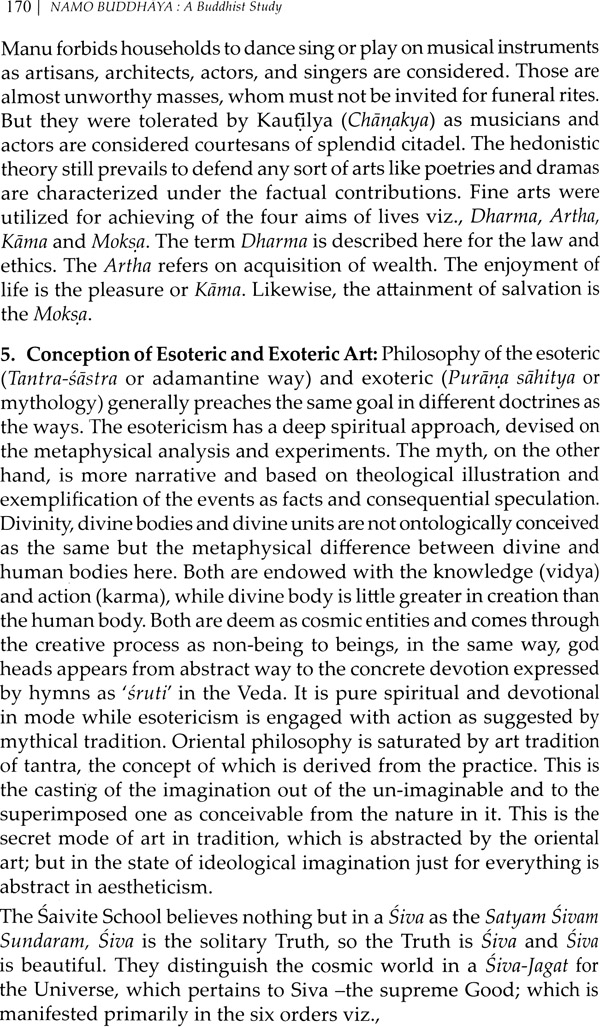 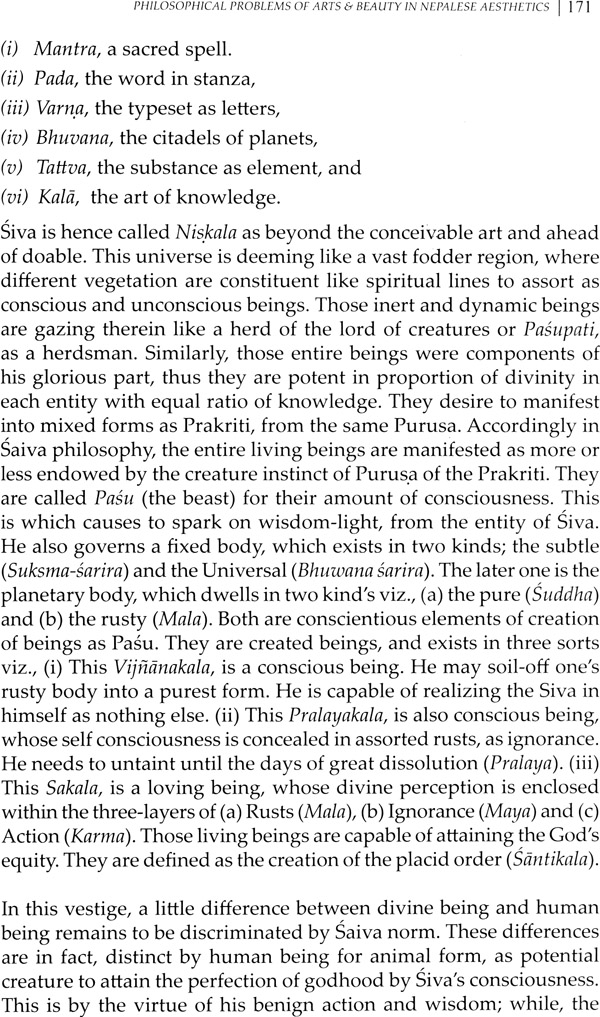 Development of Buddhist Iconography in Eastern India : A study of Tara, Prajnas of Five Tathagatas and Bhrikuti
By Mallar Ghosh
$40
Out of Stock The Arrow and the Spindle Studies in History, Myths, Rituals and Beliefs in Tibet
By Samten G. Karmay
$41.60
FREE Delivery
$52  (20% off)