The Pitaka is generally classified into Vinaya, Suttanta and Abhidhamma. The Suttanta Pitaka is divided into five Nikayas or Collections of Discourses. The Samyutta Nikaya (Collections of Groups of Related Discourses) is the third of the collections. The Nidana Samyutta which deals with Causal Factors is a substantial part of Nidana Vagga Samyutta of the Samyutta Nikaya. This book contain translations of the Suttas in the Nidana Samyutta (Group of Related Discourses on Causal Factors) consisting of twenty sections.

The discourses presented in this book range around a single theme called Paticcasamuppada, the Theory of Cause and Effect. The purpose in proclaiming the doctrine is to liberate sentient beings from belief in atta, Self, Soul, Ego.

The Paticcasamuppada doctrine is closely associated with the attainment of Enlightenment of all the Buddhas. No Buddha has ever attained Enlightenment without reflecting on the Paticcasamuppada doctrine. This is described in the Buddha Vagga of the present boom. The Nagara Sutta in this book also describes how the Bodhisatta Siddattha reflected on the Theory of Cause and Effect before attaining Enlightenment. On the night, which culminated in the attainment of Enlightenment at dawn, he spent the first watch abiding in the fourth Rupa Jhana and attained the first supernormal Insight into the past existences (pubbenivasa name). In the middle watch o the night, he acquired the Divine Power of Sight (dibbacakkhu nana), the Insight that enabled him to see the arising and passing away of all beings, how they pass away from one existence and are reborn into another existence, in accordance with their previous meritorious or demeritorious deeds. In the last watch he reflected on the Chain of Cause and Effect. Having arisen from the Fourth Jhana, he engaged in vipassana meditation to its culminating stage, attaining arahattamagga. Simultaneously with the attainment of arahattamagga, he attained Full Enlightenment (Sabbannuta Nana). Immediately after attaining Enlightenment he uttered exulting verses in which the Paticcasamuppada doctrine was set forth. Throughout his life also, he repeatedly reflected on and expounded the doctrine. 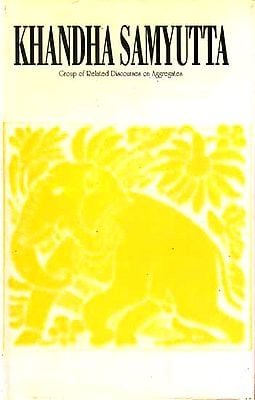