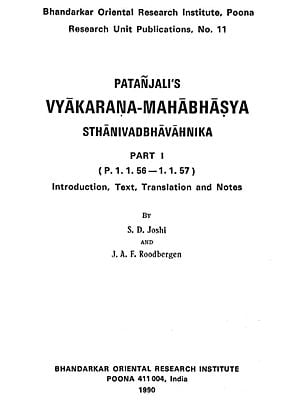 One of the features of Sanskrit Studies which has become universally evident in recent times is the steadily growing interest in the Paninian school of Sanskrit grammar. I was, therefore, not surprised when Professor S. D. Joshi informed me ( while I had been Director of the Centre of Advanced Study in Sanskrit, University of Poona ) that one of the research projects which he intended undertaking at the CASS would be a new edition of the Vyakarna-Mahabhasya of Patanjali. I was favourably impressed by the plan of his work as he laid it before me. To put it briefly, he sought to present the text of the Mahabhasya in such a manner that the reader should find it easy to understand the internal links between the arguments involved '. Section-titles and bracket-headings were to be inserted in the Sanskrit text and the English translation so that the line of arguments and the topics would stand out clearly.

Professor Joshi's competence to do full justice to this plan was of course indisputable. So I readily gave him the green signal. The first volume in this new edition of the Patanjala-Mahabhasya embodying the Samarthahnika ( P. 2. 1. 1 ) was published by the CASS in 1968 and was warmly welcomed everywhere. In the course of the next eighteen years, the CASS published nine subsequent volumes, in the preparation of which Dr. J. A. F. Roodbergen had also collaborated with Professor Joshi. These volumes also have received well-deserved scholarly approbation. Two more volumes, the press copies of which are ready, are being published by the Bhandarkar Oriental Research Institute.

I am not very happy - and I am sure that many colleagues will share my feeling - to learn that Joshi and Roodbergen have now decided to terminate this useful Mahabhasya-project at this stage. They have of course tried to vindicate their decision in the preface to this volume. As for myself, however, I am persuading myself just to find solace in the fact that they are contemplating a similar project in regard to Panini's Astadhyayi.

The first ten volumes of the Mahabhasya-project undertaken by us in 1967 have been published by the University of Poona. The titles can be found in the section Abbreviations of titles in the present volume.

Two more volumes belonging to the same project, namely, Sthanivadbha-vahnika Part I - which is the present volume - and Sthanivadbhavahnika -Part II, are to be published by the Bhandarkar Oriental Research Institute. The manuscripts of these two volumes were finished in 1987 and 1989 "respectively.

When we started the Mahabhasya-prcject, our idea was that it could be only through Patanjali that we would be able to understand Panini better. How-ever, we have now come to the conclusion that, apart from introducing a great deal of extraneous material in the interpretation of the Paninisutras, Patanjali is often at a loss to construe Panini's intention. Therefore Patanjali can only act as a guide to be critically followed, not as the final authority with respect to Pinini. The Mahabhasya can never replace one's independent judgment regarding the interpretation of Panini, especially in the matter of anuvrtti and nivrtti of "rules, and of conflict-solving procedures. We have also come to the conclusion 'that, to some extent, the Kasikavrtti has preserved an authentic grammgtical tradition, independent of and different from Patanjali.

These and similar considerations have led us to terminate our Mahabhasya-project, and to start a new project, namely, the translation and critical explanation of the Astadhyayi. It will differ greatly from the translations provided by Bohtlingk, Vasu, and Renou, and from the recent works by S. M. Katre ( 1987 ) and R. N. Sharma ( Volume II, 1990 ). Of our translation and explanation the first part dealing with pada 1 of adhyaya 1 is expected to become ready for the press soon. 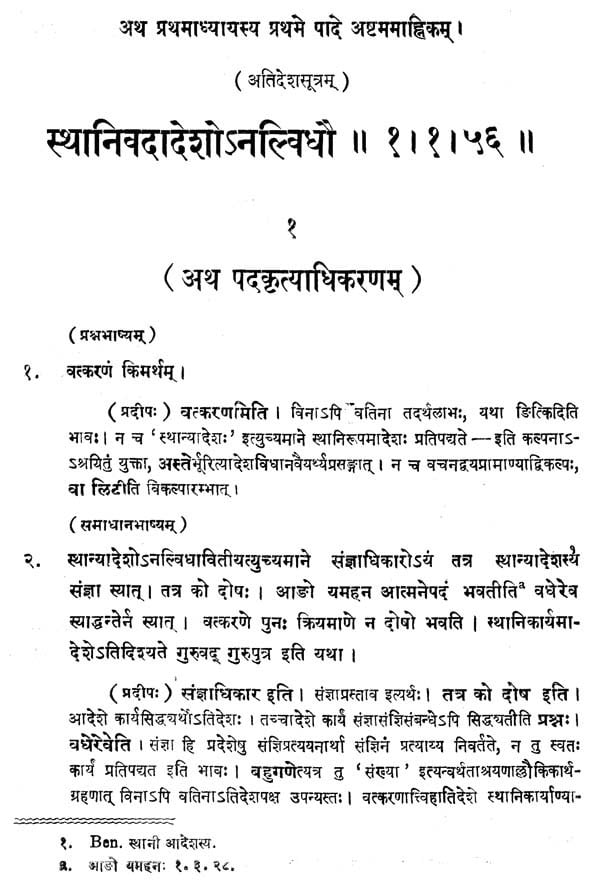 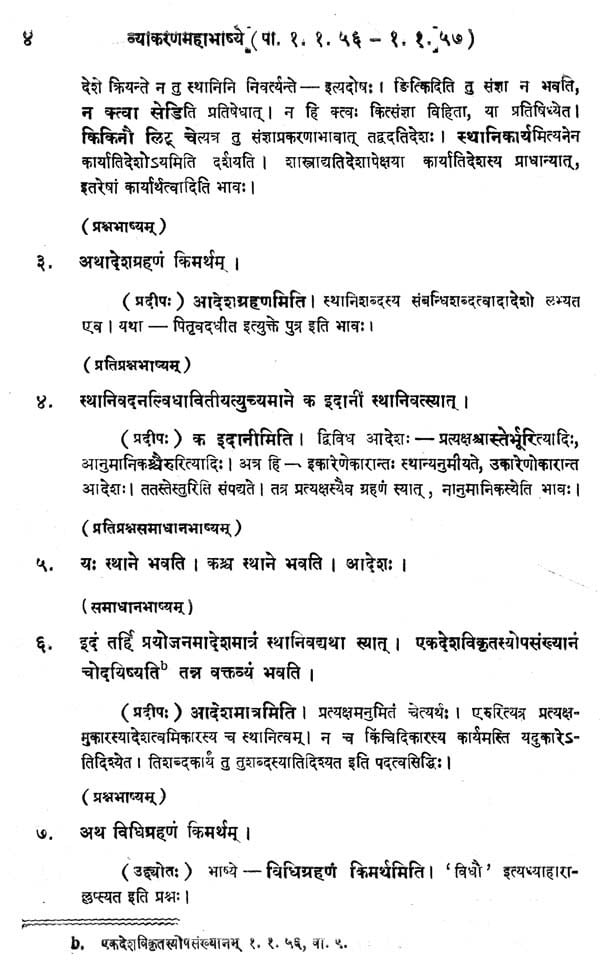 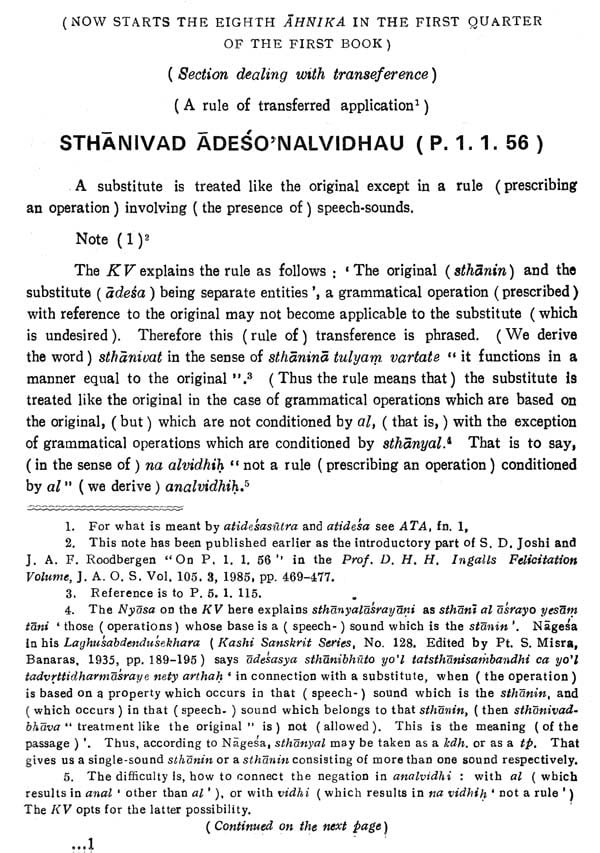 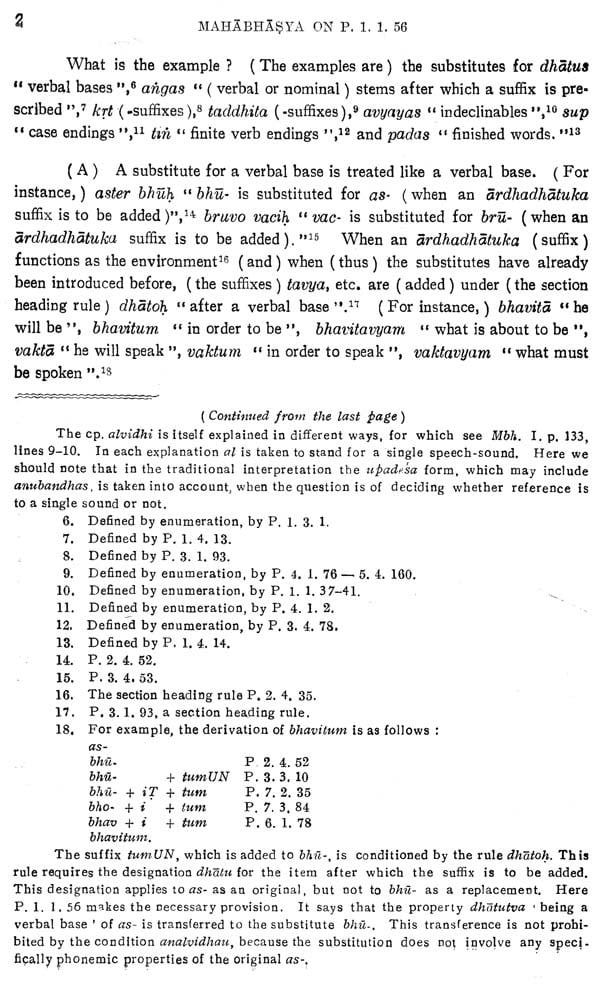 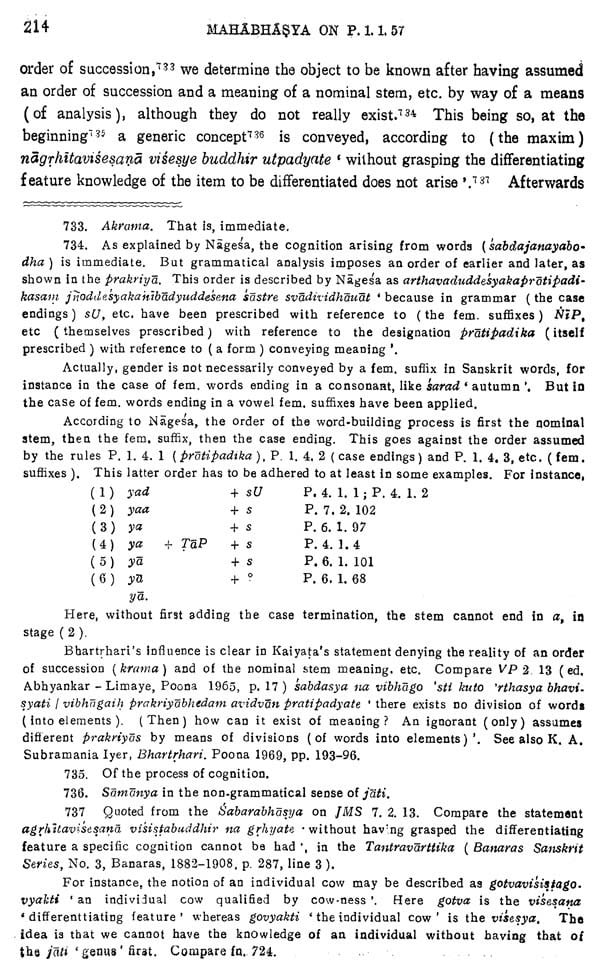 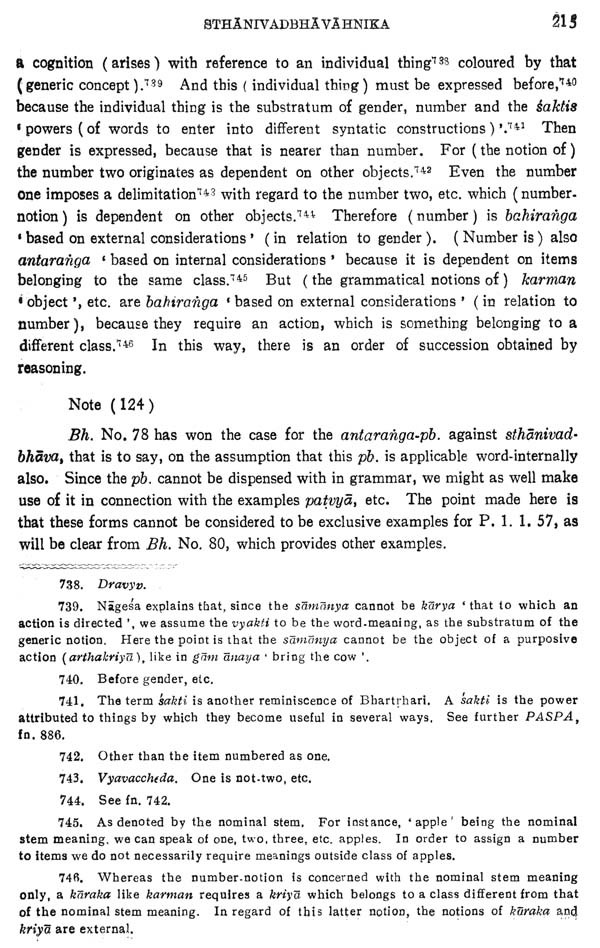 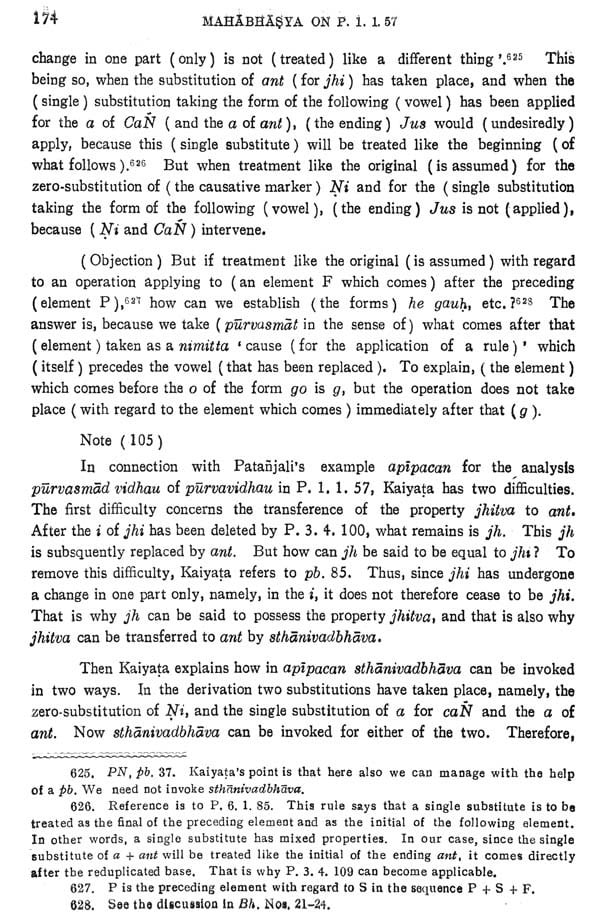 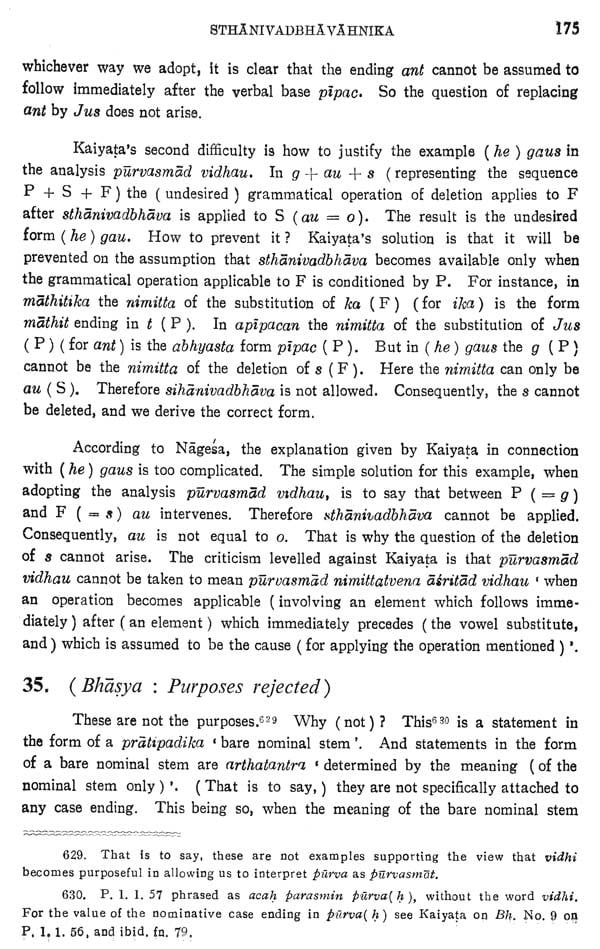 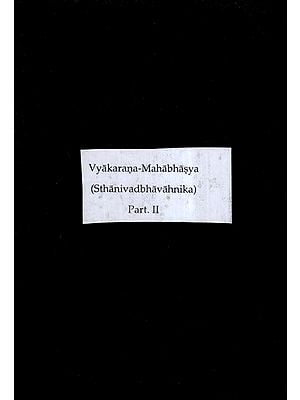 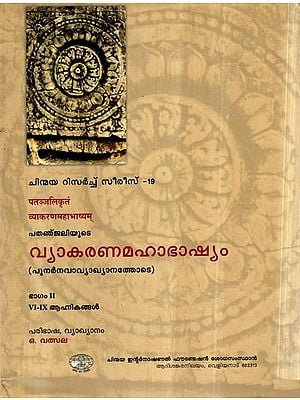 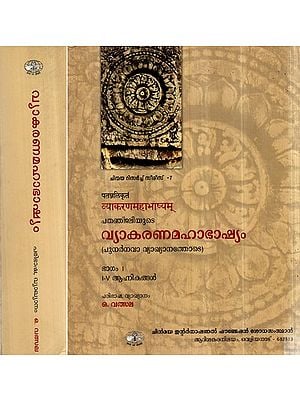 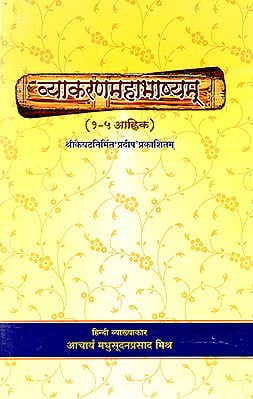 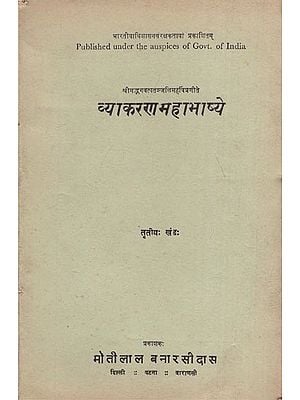 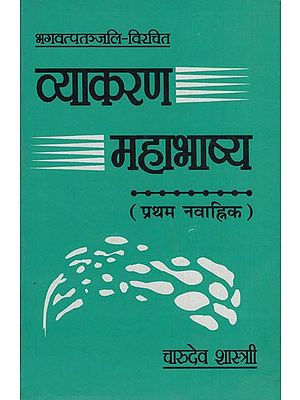 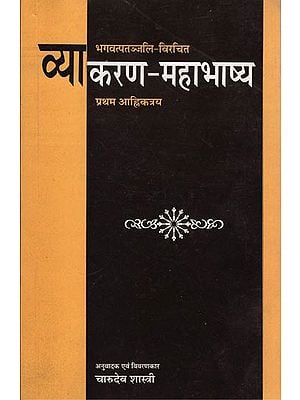 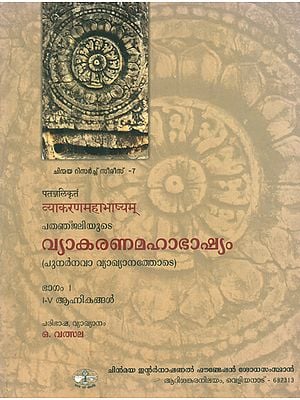