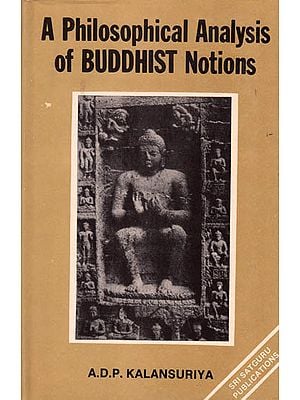 A Philosophical Analysis of Buddhist Notions (The Buddha and Wittgenstein)

Buddhism is a name given comparatively recently by western scholars to the message given by Gautama who became the Buddha. The teaching of Buddha were known as dharma. It comprises a search for the native of human existence together with a firm commitment to a release from the riddle of suffering associated with it. Therefore it appears to the ingrained in a kind of soteriology. The Buddha found solution to both the issues conceired and the solutions offered by him again are interpreted variously by different scholars creating complited problems. In this book the main endeavour is to analyse the Buddhist philosophical notion such as “ehipassika”, nana, patticcasa muppada, sacca, sanna, nibbana, to show it richness as an ethical philosophy. The book is divided into 10 chapters. Ch.I; Introduction:- The Buddha and Wittgenstein, But, Then, why Wittgenstein?; Ch.ll The later-Wittgenstein’s Philosophical techniques: An Exposition; Ch.IlI The Dhamma: Its Conceptual structure made explicit; Ch.IV The search for a Meaning-criterion: Verification; Ch. V ‘Truth’ (as a ‘model’):

Buddhism is a name given comparatively recently by Western scholars to the message now almost 2529 years old, attributed to Gotama who became the Buddha. In his own days the Buddha’s teachings were known as ‘Dhamma’ (Pali) (‘Dharma’: Sanskrit; `Dahama’: Sinhalese). It comprises a search for the nature of human existence together with a firm commitment to a release from the riddle of suffering associated with it. Therefore, it appears to be ingrained in a kind of soteriology. The Buddha found solutions to both. The Dhamma deals with these issues and solutions. The issues conceived and the solutions offered by him, again, are interpreted variously by different scholars creating complicated ‘problems.’ We have, therefore, with us,

(i) the Dhamma—the Buddha’s discourse, and
(ii) (ii) What scholars say about the Dhamma?

Realizing the complexity of the Buddhist thought on the one hand and avoiding sectarianism as much as possible on the other, I have endeavoured in this work, to make a philosophical analysis of the Dhammic notions together with a critique in respect of what is named ‘Buddhist ¤:1odernism’, by us here.

It is said that the Buddha found solutions to both the key issues of human person’s existence. Such notions structured on the Dhamma as "ehipassika" (‘see’ or ‘verify’ or simply ‘verification’), "nana" (‘knowledge,’ ‘super perceptual knowledge} ‘saving knowledge`), "paticcasamuppada" (‘causality’), “sacca" (‘Truth’ T capital), "sanna" (‘perception’), "nibbana" (“emancipation from craving and clinging’) jointly explicate the above solutions. In this volume the main endeavour is to analyse these notions philosophically, to elicit the Dhammic message and to show its richness as an ethical philosophy. No attempt, however, is made to compare notions in the Dhamma with those in any trend in Western philosophy. Instead, the Dhammic notions are subjected to a conceptual analysis—philosophical analysis-with much care, to elicit what they mean in that context. What we borrow from Philosophy— Wittgenstein an methodology—to elicit the Dhammic notions, we do with great care, seeking for the Dhammic theme. This work, hence, does not comprise any kind of comparative study. Similarities between some form of Buddhism and Wittgenstein have been recently struck, for instance in Chris Gudmunsen, Wittgenstein and Buddhism, New York, 1977. The scope of this thesis, however, seems strictly limited to later developments in Buddhism in India and Philosophical Investigations of the later Wittgenstein. Again, numerous articles, papers and monographs involving comparative studies on Zen Buddhism and Wittgenstein also have appeared. My concern in Buddhism and Wittgenstein is significantly different from the above. My aim in the main is to make explicit the true philosophy" the Buddha the Dhamma—the philosophy of Buddhism-by way of philosophical methods of the later-Wittgenstein. Again, a philosophical exposition of the Buddha’s doctrine is not an easy exercise for the plain reason that it is now more than two thousand live hundred years old. While the key notions of the Dhamma are well known, and were long handed down by word of mouth, the actual literature of it is several centuries later than the Buddha. Since this is not a study developed from the historical perspective, there is no necessity to go into history. Numerous such books on Buddhism are available incorporating mostly historical perspective. Philosophical works on Buddhism by way of Western philosophical techniques and tools, however, are hardly available.

A philosopher on Buddhism is tied by no such restrictions which are a common place regarding a Christian philosopher or a Hindu philosopher. The Buddha himself encouraged his followers to analyse, exposit and test his teachings in the light of contemporary views, techniques, tools, etc. That is, the followers of the Buddha are by no means bound to be faithful to the doctrine, and that philosophical analysis, exposition and clarification of notions are deemed entirely laudable.

Treading this conceptual approach, we attempt to apply the later—Wittgensteinean philosophical techniques to Buddhism. But, then, why the later—Wittgensteinean’? There are two central reasons. Firstly, it is now widely thought that Wittgenstein is the central philosopher of our century. Secondly, Wittgensteinean avoids commonplace comparative thinking. Various thinkers and scholars have attempted, during last a few decades, some comparative thin- king involving Buddhism and Philosophy. Comparative expositions sometimes, have bred distortions—the result being travesties, category-mistakes and philosophical errors. Let me quote some recent attempts: (i) "The Tao of Physics", Capra, F., (Wildwood House, London, 1975); (ii) “Early Buddhist Theory 0f Knowledge? Jaya- tilleke, K.N., (Allen & Unwin, London, 1963); (iii) “The Dancing Wu Li Masters," Zukav, Gary. (William Morrow, New York, 1979); (iv) “Causality: 7/zu Central Philosophy of Budd/1ism," Kalupahana, D. J., (Hawaii University Press, Honolulu, 1975), etc. As and when appropriate, these ‘Buddhist Modernists’ are taken to task but this is treated rather secondary in our work. Lt must be added at just this point, however, that wild borrowing of notions, terms, words, etc. from Western philosophy, psychology, modern science without further provisos added, has resulted in greater con- fusion and complex ambiguity. This is a significant section in modern Buddhist thought which has developed over the years. Perhaps it is time to subject this conceptual development to some kind of critical analysis from various points of view. My ground for proposing such an analysis is the pursuit of wisdom—'complete clarity’ (to use Wittgenstein’s notion). The key emphasis is on the need for careful use of philosophical techniques or tools for a successful analysis of the Dhammic concepts. The attempt, there- fore, is to present to the reader the richness of the Dhamma—the Buddha’s discourse-by way of certain philosophical techniques developed in the later-Wittgenstein’s philosophy.

The Notion of Emptiness in Early Buddhism
By CHOONG Mun-Keat
$23.50
FREE Delivery 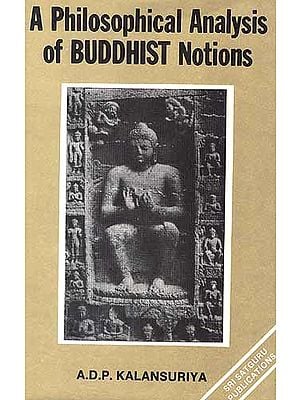 Ocean Of Eloquence (Tsong Kha pa’s Commentary On The Yogacara Doctrine Of Mind)
By Gareth Sparham
$33.50
Out of Stock 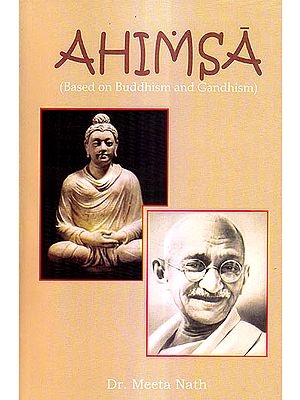 Ahimsa (Based on Buddhism and Gandhism)
By Dr. Meeta Nath
$43
FREE Delivery 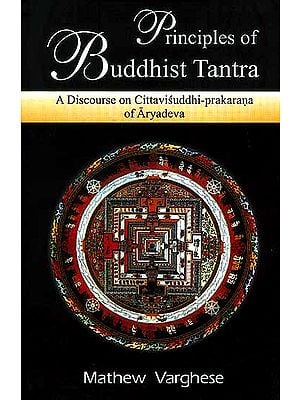 Principles of Buddhist Tantra (A Discourse on Cittavisuddhi-prakarana of Aryadeva)
By Mathew Varghese
$44.50
FREE Delivery

On Understanding Buddhists (Essays on the Theravada Tradition in Sri Lanka)
By John Ross Carter
$17.60
FREE Delivery
$22  (20% off) 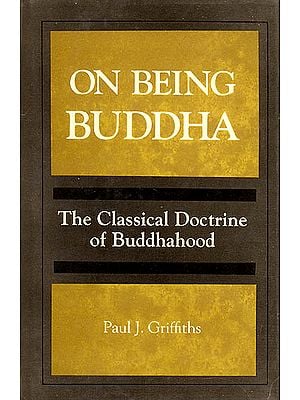 On Being Buddha (The Classical Doctrine of Buddhahood)
By Paul J. Griffiths
$30
FREE Delivery