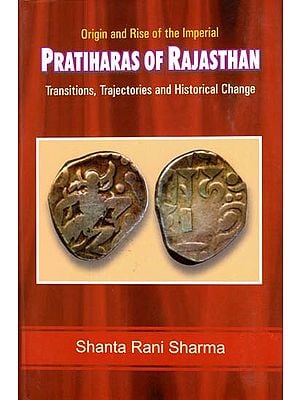 Pratiharas of Rajasthan - Transition, Trajectories and Historical Change (Origin and Rise of the Imperial)

Incorporating hitherto unexplored source material, the work presents a fresh reconstruction of the early Imperial Pratihar a history, providing new insights into the transitional forces that led to the origin and rise of the Imperial Pratihara lineage as a supra- regional power, forging a new vibrant identity for the region of Rajasthan. New details of the successful military campaigns of Naqabhata I and Vatsaraja reveal the political vitality of the rulers. Dynamic historical forces of change such as the new political configurations, military fervour, social fluidity, diverse urban forces widening the resource- base and the changing roles of different elite as well as non-elite classes stand identified on the basis of an analytic study of a wide range of archaeological and literary sources, Sanskrit as well as Prakrit.

Dr. Shanta Rani Sharma is Associate Professor in the Department of History, Dyal Singh College, University of Delhi, holding a first class in M. A. and Ph.D. from the University of Delhi. She has the research monograph entitled Society and Culture in Rajasthan, c. AD 700- 900 and several research articles published in reputed journals to her credit.

The Imperial Pratiharas, ably aided by other lineages of Rajasthan later famed as the Rajputs, Raised the region from comparative political obscurity to the centre stage of action. Offering an effective check to the Arab invasions they established their military repute by their distant military victories launching the heroic saga of the valorous Rajputs. No other Rajputs lineage succeeded in gaining the position of supremacy in northern India enjoyed by the imperial Pratiharas or cantering foreign invasions so effectively. The over-focus on controversies around the origin of the Rajputs has led to the relegation of the catalytic and critical role played by the Pratiharas to the background. The present study aims to place the rise of the Imperial Pratihara lineage in the proper historical Perspective by an in-depth exploration of the attendant transitions, trajectories and forces of historical change.

Sections on the political history of the Pratihara lineage formed part of the Pajputane ka ltihas G. H. Ojha, The Dynastic History of Northern India by H.C. Ray, History of Kanauj by R.S. Tripathi and The Age of Imperial Kanauj edited by R.C. Majumdar. B.N. Puri published a separated monograph titled the History of the Gurjara Pratiharas. But the descriptive approach adopted in the work results in lack of proper historical focus and therefore it fails o throw light on operative historical processes. The fresh historical interpretations by Professor Dashratha Sharma highlighting the role of Imperial Pratiharas in the history of Rajasthan and contemporary socio-economic developments in his Rajasthan through the Ages, 1966 and Lectures on Rajput History, 1970 set forth new historical perspectives. Significant new epigraphic and numismatic source amterail relating the Imperial Pratiharas has been Discovered in recent years, revealing momentous dimensions of Pratihara history. The evidence presented in the contemporary Prakrit works has assumed new significance in light of these finds . The distinguished historians of yester years are no longer and hence this crucia l primary source material has remained untapped. A fresh analytical study of Imperial Pratihara istory has been a desideratum for long.

My interest in Pratihara history has grown out of my doctoral research, published as Society and Culture of Rajasthan, Which locates the socio-economic processes of historical transformation in eighth and ninth century Rajasthan contemporary to Pratihara rule, drawing unexplored evidence from contemporary Pratt sources. Different aspects relating to the Pratihara period and material milieu were explored by me in subsequent years, which led to publications of various articles in different journals. Representing the culmination of this research, the present work supplies the desideratum, incorporating the latest avail ale historical information and an inter-disciplinary approach. The focal point is the Pratihara lineage of jalor that gained mastery over Kannauj and Imperial Power, for which the term ‘Imperial Pratihara’ has been used consciousl and significantly in certain contexts to distinguish the lineage from the Pratiharas of Mandor. Since the central focus of the present work is on the origin and the rise of the Pratiharas, as evidenced by the title, the present study limits itself to the period of the early imperial Pratihara rules. Chapter VI is an exception, as it takes into consideration the monetary evidence of the entire Pratihara period in an attempt to locate the continuity of patters in the usage o coined money.

Chapter I is introductory, Presenting an overview of the sources, highlighting problems hitherto faced in the reconstruction of Pratihara history, the new historical perspectives opened up by recent epigraphic discoveries such as the inscription of Gallaka, a subordinate of the imperial Prathara ruler Vatsaraja and a brief political background . Chapter II sets new ground by presentation of fresh epigraphic data, establishing thereby that the imperial pratiharas were not Gurjaras. Challenging recent historical postulations, chapter III highlight that the rise of the Pratiharas the first Rajputs to rise to the status of a supra-regional power, was concomitant to dynamic trajectories and forces of transition manifest in urban development new political configurations , war life spirit and remarkable social fluidity right from the pre-Pratihara Period onwards.

Chapter IV widens the horizons of political history by presenting elaborate details of the extensive conquests by the early imperial Pratihara rulers Nagabhata I and Vastaraja for the first time. Chapter V underlines the varied material and political processes of Imperial Pratihara expansion such as the strengthening of the military base by acquisition of horses, weapons, military aid of the samantas, new economic resources, urban forces, religious toleration, assilative xociety and political relations, usage and implications of the distinctive terms ‘bhrtya’ and ‘olaga’ process of predigree fabrication involving the jaina linkage of a royal familu with Rsabha, social mobilitu and social change reflected in honourable status of merchants, sudras and aboriginals that are missing in brahmanical normative texts, Chapter VIII presents the conclusion . Appendix A includes a list of the important inscriptions cited and appendix B includes some important inscriptions of the period. 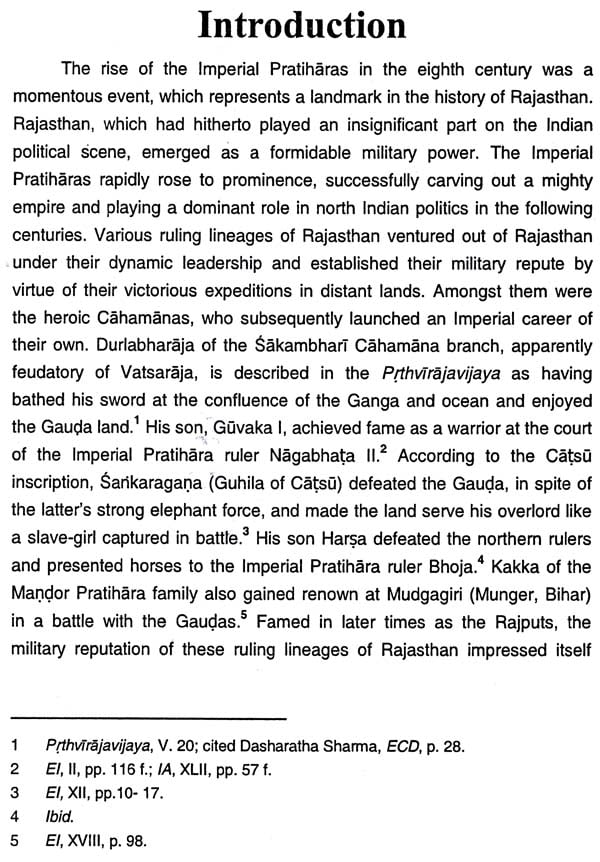 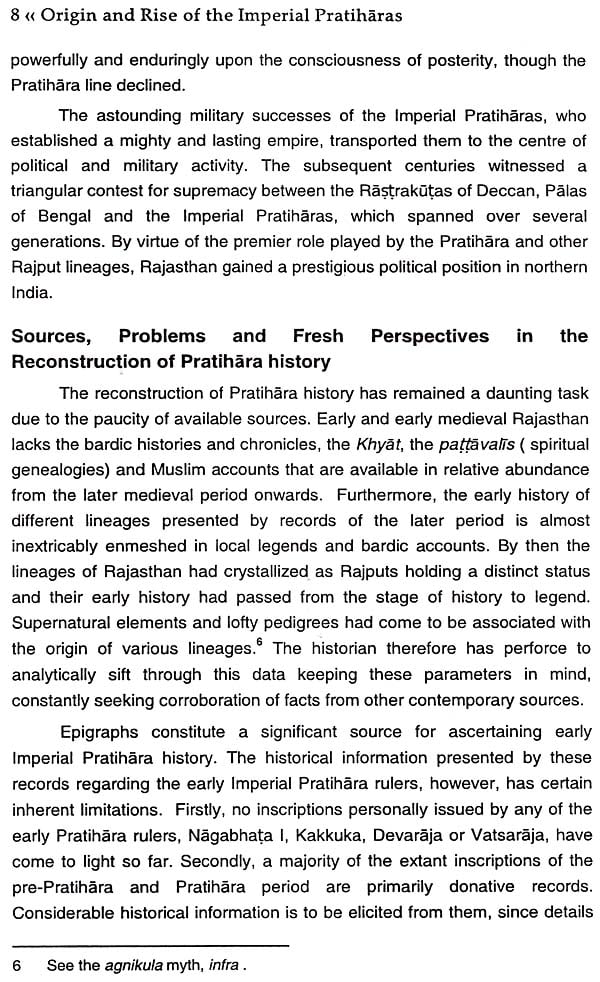 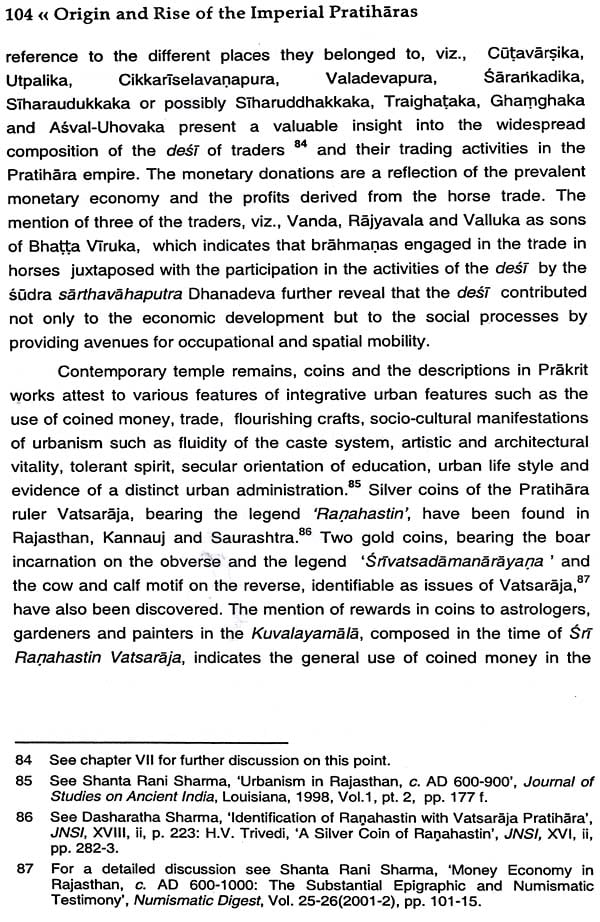 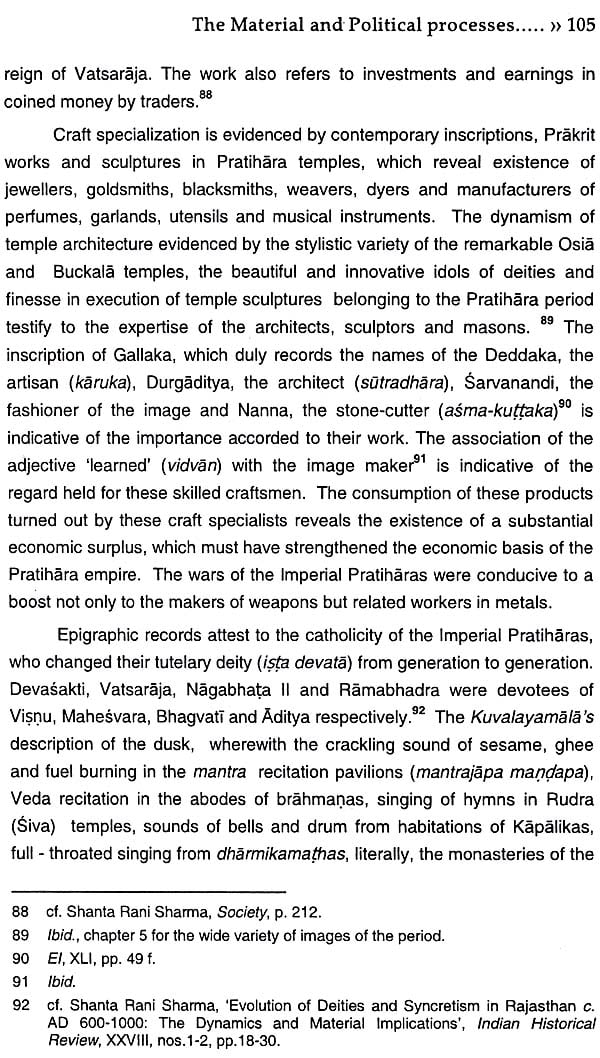 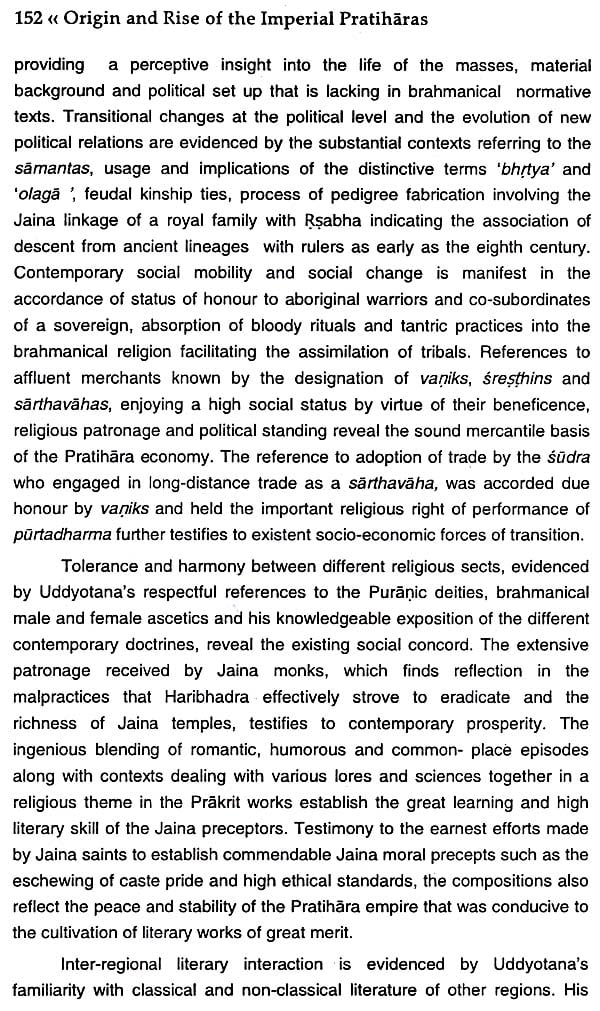 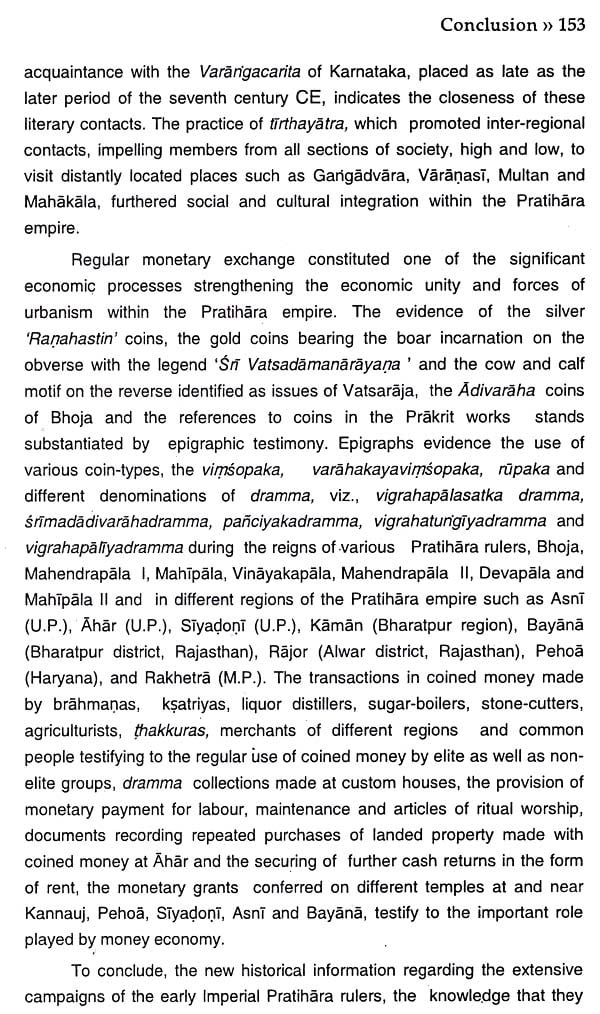 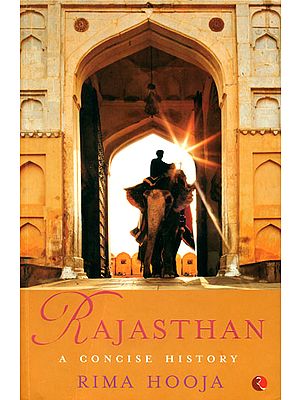 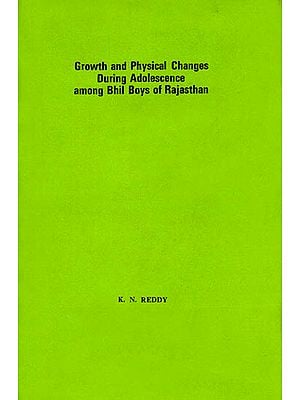 Growth and Physical Changes During Adolescence among Bhil Boys of Rajasthan (A Rare Book)
By K.N. Reddy
$23.20
FREE Delivery
$29  (20% off) 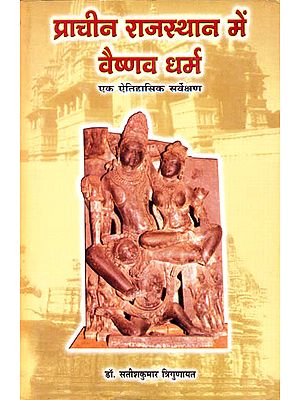 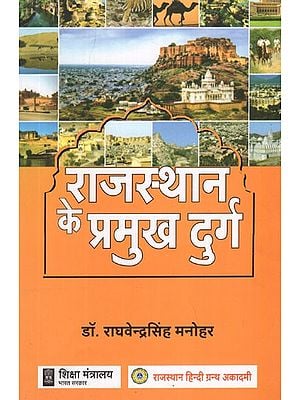 Folkways in Rajasthan (A Rare Book)
By U.B.Mathur
$40
Out of Stock

A History of Rajasthan
By Rima Hooja
$79
Out of Stock

Royalty in Transition: The Changing Face of the Rajput Woman in Rajasthan
By Sharad Rathore
$31
FREE Delivery 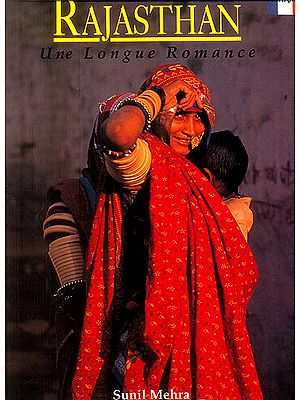 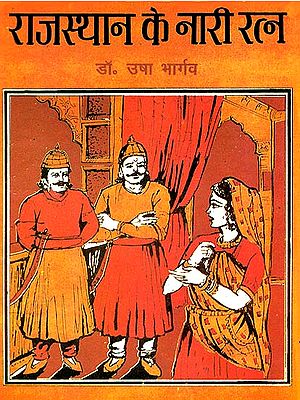