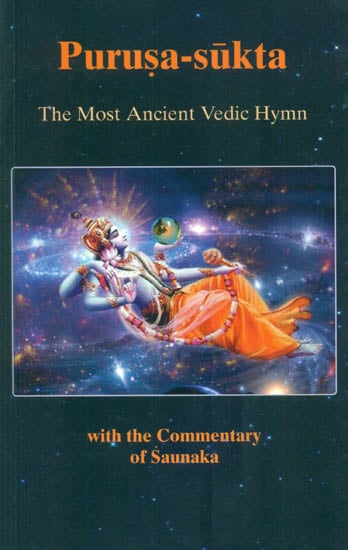 This translation of Purusa-sukta includes the commentary of ancient authorities such as Saunaka and Sayana. The corresponding verses in Bhagavatam are also shown, accompanied with Sridhara Svami's and Visvanatha Cakravarti's commentaries.

Srimad Bhagavatam combines poetry and philosophical conclusions: Purusa-sukta is the origin of that methodology. It is the most fundamental text of Vedic culture. Brahma worshiped Ksirodaka-sayi Visnu by mentally reciting the Purusa-sukta (Bhagavatam 10.1.20).

The Word sukta means hymn. The literal sense is 'well said' (su-uktam). There are more than thirty well-known suktas. The Sri-Vaisnavas honor a quintuple set: Purusa-sukta, Narayana-sukta, Bhu-sukta and Nila-sukta. The Purusa-sukta is seen in all four Vedas. Each version is slightly different: The number of verses varises and sometimes the readings differ. The version of Purusa-sukta below, from Rg-Veda Samhita (10.90.1-16), is the most famous. The German scholar Max Muller (1823-1900) writes: "As long as man continues to take an interest in the history of his race, and as long as we collect in libraries and museums the relics of former ages, the first place in that long row of books which contains the records of the Aryan branch of mankind will belong forever to the Rg-veda."

The Rg-Veda consists of ten mandalas (cantos). "Each mandala consists of hymns called sukta intended for various sacrificial rituals. The suktas in turn consist of individual stanzas called rc (praise)." Western scholars hold this opinion: "Philological and linguistic evidence indicate that the Rigveda was composed in the north-western region of the Indian subcontinent, most likely between c. 1500-1200 BCE, though a wider approximation of c. 1700-1100 BCE has also been given." Max Muller dates the Purusa-sukta between 1000 BCE and 800 BCE.

"The Vedas consist of three parts (rituals; worship) of gods; Brahman realization) and explain that the soul is Brahman. The Vedic mantras are esoteric and the Vedic seers speak in esoteric terms. I too prefer an indirect mode of expression" (Bhagavatam 11.21.35).

The Purusa-sukta of Rg-Veda is a hymn of sixteen verses. The first fifteen are in the anustup meter and the last one is in the tristup meter. These sixteen drops are profound like an ocean. The symbolism is deep: There are many layers of meaning. For instance, the Purusa, Visnu, is called Sodasa-kala (He has sixteen parts) (Bhagavatam 1.3.1; 5.18.18). The world as well is sodasa-kala: sodasa-kalam va idam sarvam (kausitaki Brahmana 8.1.16.4) (Satapatha Brahmana 1302.2.13).Accotding to Rupa Gosvami, the Purusa is named Sodasa-kala because He has the sixteen transcendental potencies, cited in an ancient work called Bhakti-viveka: Sri, Bhu, Kirti, Illa, Lila (also called Nila), Kanti, and Vidya, and the group of nine (Vimala, Utkarsini, Jnana, Kriya, Yoga, Prahvi, Satya, Isana, and Anugraha) (Laghu-bhagavatamrta 1.5.129). Jiva Gosvami reiterates this information (Laghu-vaisnavatosani 10.14.14). Those sisteen potencies are indicated in Bhagavatam: vrtam catuh-sodasa-panca-saktibhih, "He was surrounded by four potencies, sixteen potencies, and five potencies" (Bhagavatam 2.9.17) Laghu-bhagavatamrta 1.5.234). In addition, Jiva Gosvami saya the Lord is Sodasa-kala because He is replete with energies that are conducive to the creation of the universe. Visvanatha Cakravarti saya He is Sodasa-kala because He is full like a fullmoon. Sridhara Svami says He is Sodasa-kala in the sense that He has a mind, ten senses, and five elements. He specifies that although the Lord is not made of the elements, He is so called for the sake of meditating on Him, the inner controller of Virat and of the souls, as the Universal Form. In that regard, the Bhagavatam says: evam srstani bhutani pravistah panca-dhatubhih, ekadha dasadhatmanam vibhajan jusate gunan, "After entering bodies (as Paramatma), which are created by the five elements, the Lord divies Himself into one (the mind) and into ten (the ten senses) and makes the souls experience sensory objects" (Bhagavatam 11.3.4). It is implied that He figuratively divided Himself into the five elements as well.

The theme of sodasa-kala is the topic of the sixth question in prasna Upanisad. Bharadvaja asked Pippalada about the significance of the Purusa's designation of Sodasa-kala. Pippalada replied that the following sixteen fundamental worldly aspects originate in the Purusa: He created the life force (Mukhya-Prana); from it came faith, the five elements, the senses, the mind, food, strength, austerity, mantras, rites, the worlds, and names. Pippalada gave this analogy: Just as rivers, whose goal is the ocean, merge in the ocean merge in the ocean after reaching it and are then called "ocean" since their names and forms have come to nil, so these sixteen aspects of His disappear after attaining Him, the ultimate witness, and are called "Purusa" at that time since their names and forms have come to nil. Pippalada said that these sixteen aspects are in Him, the wheel of time, like spokes are on the wheel of a vehicle. 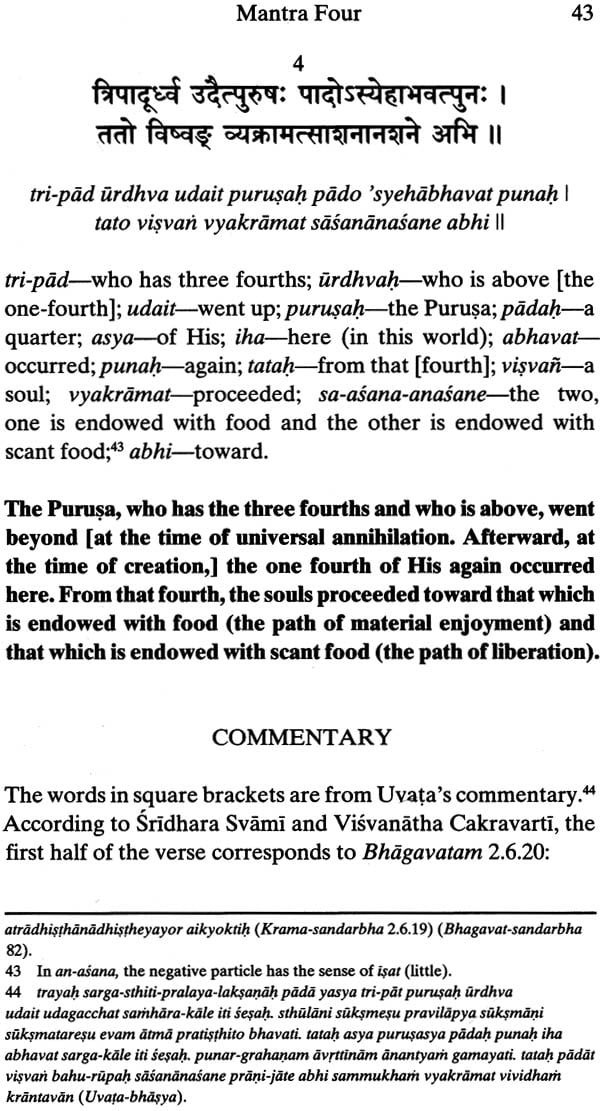 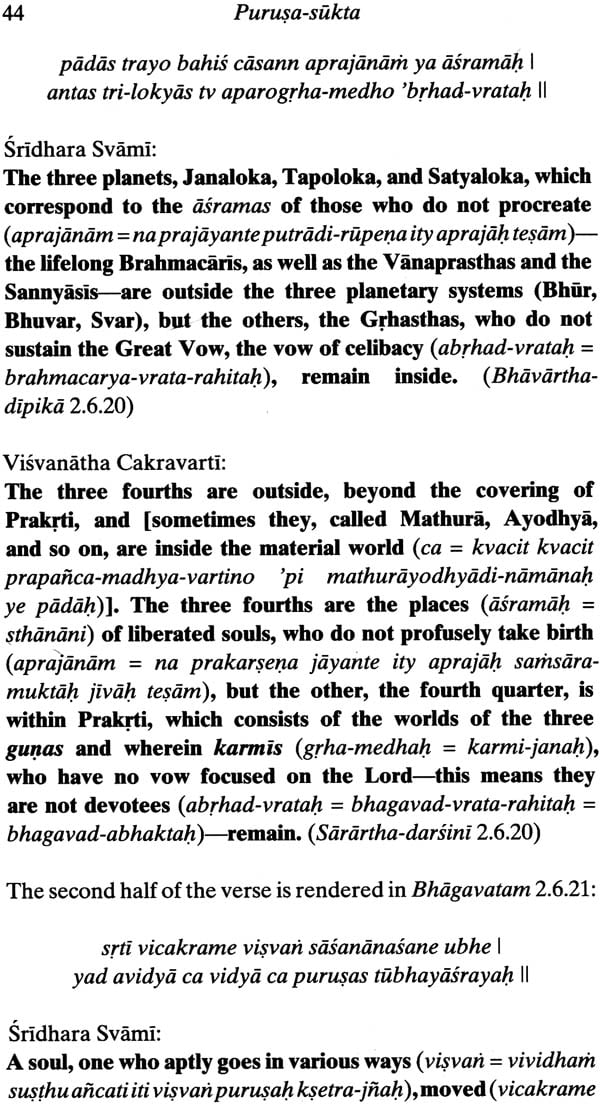 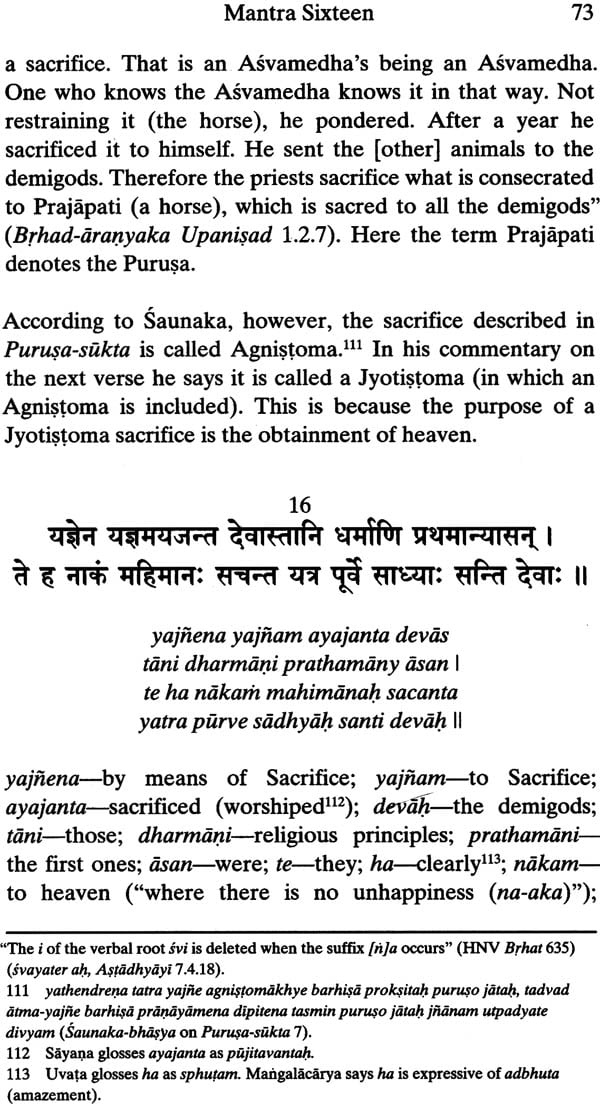 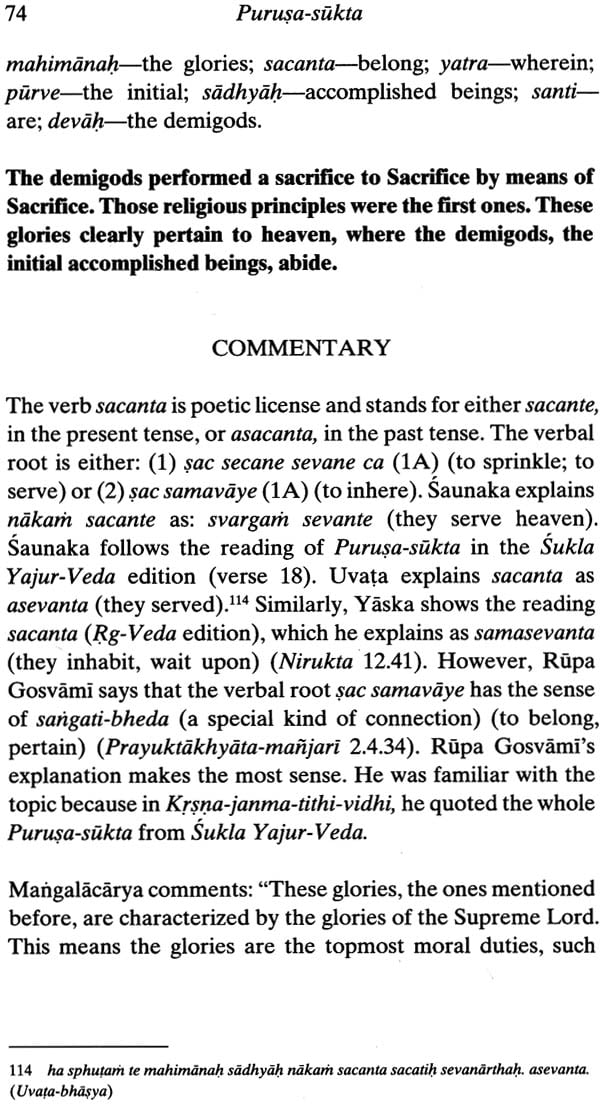 Hymns From Rig-Veda (Sanskrit Text, English Translation and Notes on the Selected Suktas from the Rig-Veda)
By Pradeep
$24.80
FREE Delivery
Best Seller
$31  (20% off) 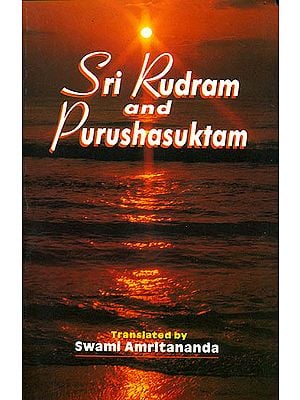 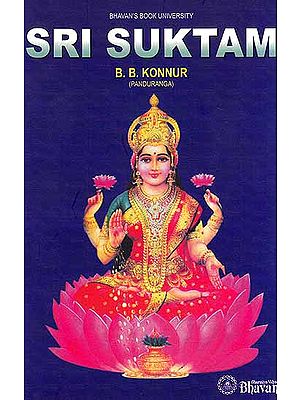 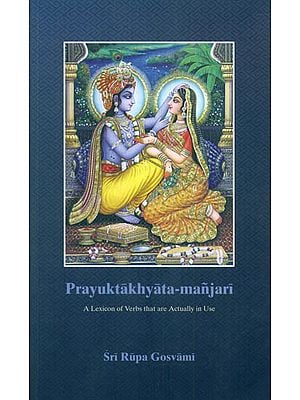 Prayuktakhyata-Manjari (A Lexicon of Verbs That are Actually in Use)
By Sri Rupa Gosvami
$26.40
FREE Delivery
Best Seller
$33  (20% off)