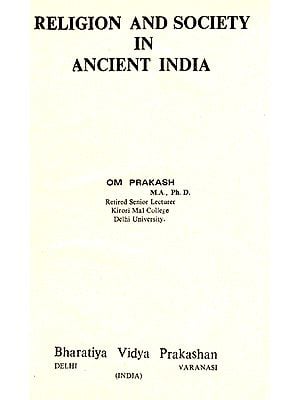 Religion and Society in Ancient India (An Old And Rare Book)

I had written in Hindi a book on the Social Institutions of Ancient India for the post-graduate students of Indian Universities. The first edition of the book was published by Macmillan India Limited in 1975 and its second edition was brought out by the same publishers in 1982. While I was teaching history to students of post-graduate and Honours classes many of them had requested me to write a book on the same subject for students studying through English medium. I have now done it to fulfil this need and given a brief survey of the basic principles of the important ancient Indian religions as all the Indian social institutions were based on the concept, of Dharma.

In writing this book I have taken help from the standard works of eminent scholars like S. Radhakrishnan, Iouis Renou, P.V. Kane, P.H. Prabhu, R.S. Sharma, Dasharatha Sharma, Radha Kumud Mookerji and A.S. Altekar. I acknowledge my indebtedness to all the Scholars mentioned above.

In this book I have made no original contribution to knowledge but I am sure that the book will be of great help to all those who are interested in the study of ancient Indian history and culture including those who prepare for a post-graduate degree in Sanskrit or Indian Philosophy.

In the history of ancient India political aspect is not so important as its cultural aspect. The aims and ideals which guided every activity of Indians received greater attention of ancient Indian historians than political events. They recorded only those events from which they could derive some moral lesson. It is why the cultural history of ancient India is fuller and richer than its poltical history. We can form a vivid picture of the life of ancient Indians from their religious works in India the concept of dharma comprised all the precepts which aimed at securing the material and spiritual sustenance and growth of the individual and the society. All the religious sects in India laid emphasis on principles which aimed at social harmony, moral uplift and inculcation of a sense of duty in the individual. Keeping this in view in the first part of this book the basic principles of all the important religious sects of India have been discussed. The fire i: section of this part deals with Vedism. Even in the 13gveda we find a prayer for social harmony. In the Yajurveda we find a hymn laying down that every individual should be satisfied with what God has given to him and should not be greedy so as to covet the wealth of others. In the Atharvaveda we find an attempt to harmonise the religious beliefs of the Aryans and the non-Aryans but the values of life remained unaffected by the contact of the Aryans with the non Aryans. In the Upanisads, we find a kind of revolt against the rituals prescribed by the Brahmatias. They lay emphasis on moral principles such as truth and non-violence. When there was great emphasis on the path of renunciation (nivrtti) the compiler of the Bliagavadgita tried to maintain the balance by emphasizing the importance of the path of action (karmayoga).

In the sixth century B.C. there were many religious leaders who were extremists. Some of them advised people to follow the path of extreme ascetism while others completely discarded social morality and advocated indulgence in pleasures of life to the utter disregard of spiritual advancement. In these circumstances Mahavira chose the path of extreme asceticism while the Buddha followed the middle path. Both these movements tried to bring social harmony. The Buddha said a brahmana was respected in society because of his learning and good conduct and anyone who was learned and led a moral life could expect the same honour and high status in society. The Jainas attached great importance to the theory of Syadvada and thus showed due regard to the views of others. They also laid great emphasis on the equality of all human-beings and non-violence (ahirhsa). These two factors greatly contributed to social harmony.

Saivism was also an expression of people's revolt against brahmanical orthodoxy in social matters especially the Valve-drama-dharma. Kashmir Saivism laid emphasis on perfection and purity of consciousness which would enable an individual to attain salvation. This aspect of Saivism seems to have developed as a result of the teachings of gankar5carya who pugged Saivism of the left-handed practices which had vitiated the sect as a result of the baneful influence of the Tantrikas. Vaisqavism also contributed greatly to the maintenance of social harmony. According to this sect all true devotees of Visnu are equal. There can be no caste distinction. No religious sect neglected social morality which was the basis of spiritual advancement. In all religious sects there is great emphasis on the performance of duty on the part of the individual and according to all the sects the rights of the individual devolve automatically. This inculcated a sense of duty in all the individuals. There was no conflict between the interests of the individual and those of the society. Individual progress was the basis of social progress.

The social institutions enable an individual to realise in his life the ideals and values of life which a society inherits from ancient times and which it cherishes so dearly. Iu the beginning of the second part of this book a brief survey of the sources of social history has been given which is followed by an account of the interrelationship between religion and society, the principal aims of life of an Indian (pungarthas) and the doctrine of the three oas (debts). Salient features of ancient Indian social institutions are then discussed. 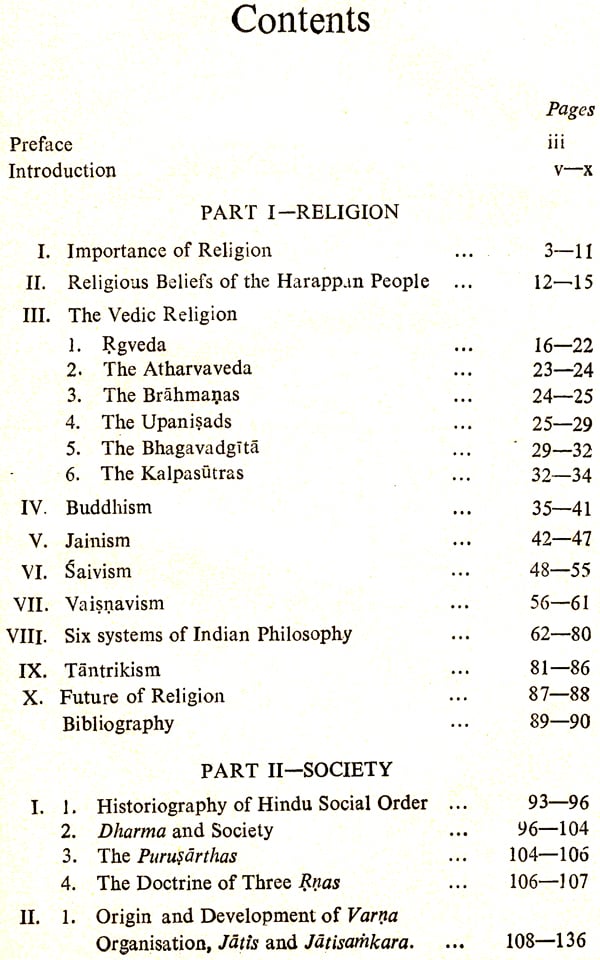 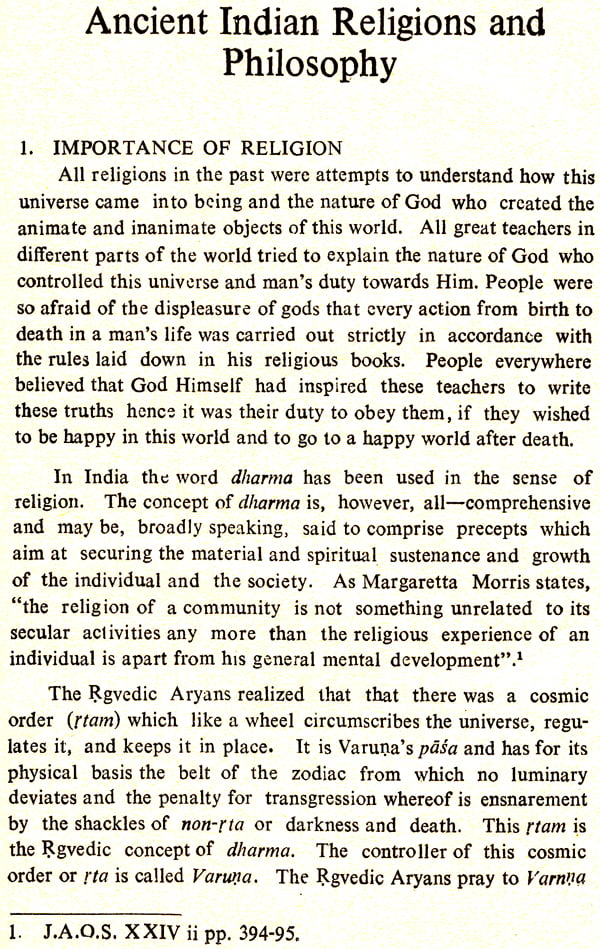 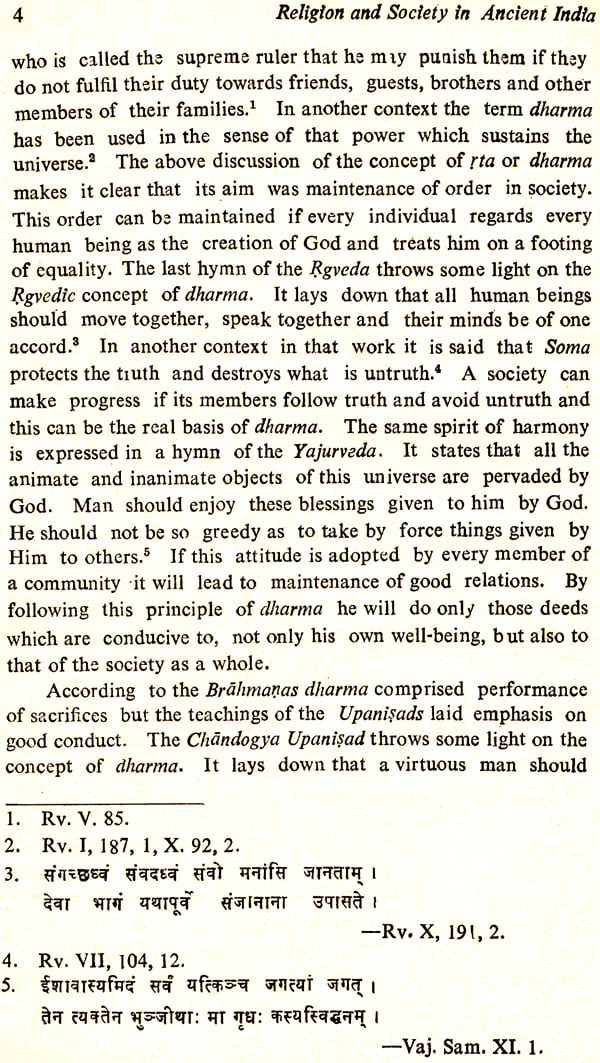 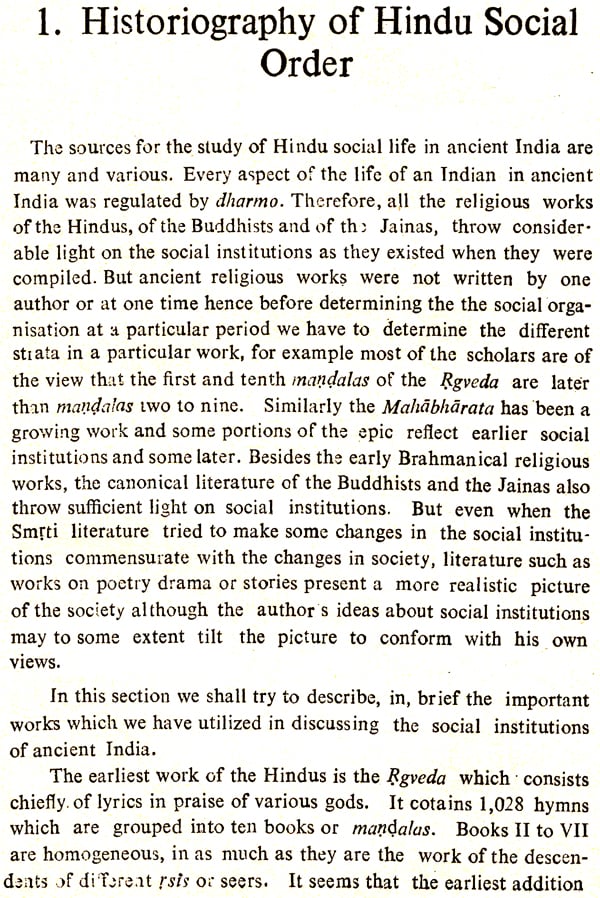 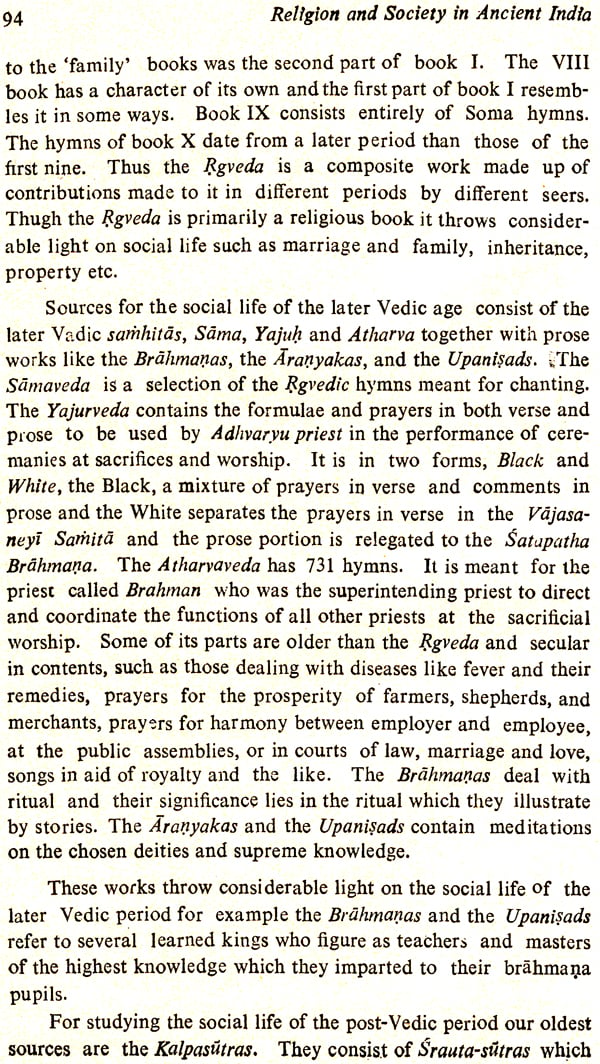 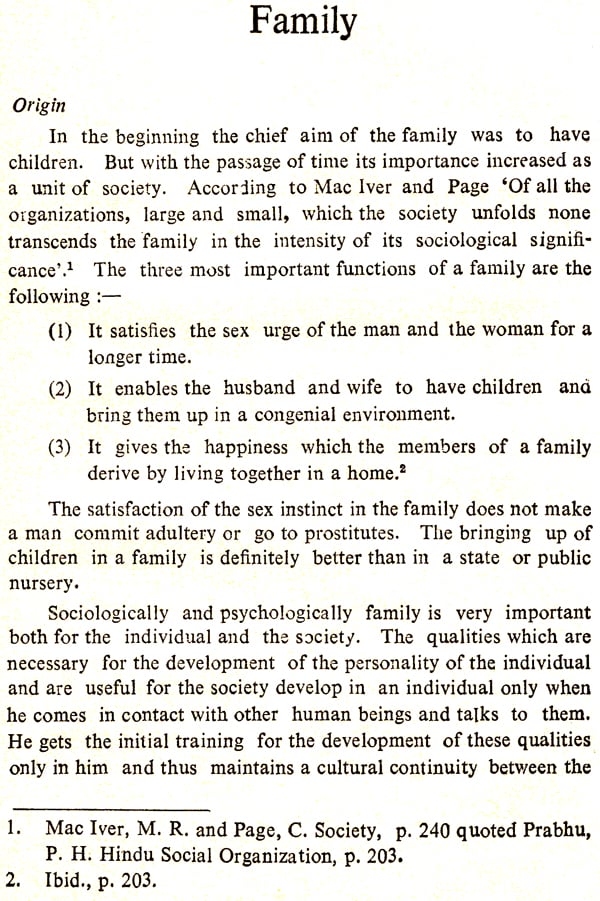 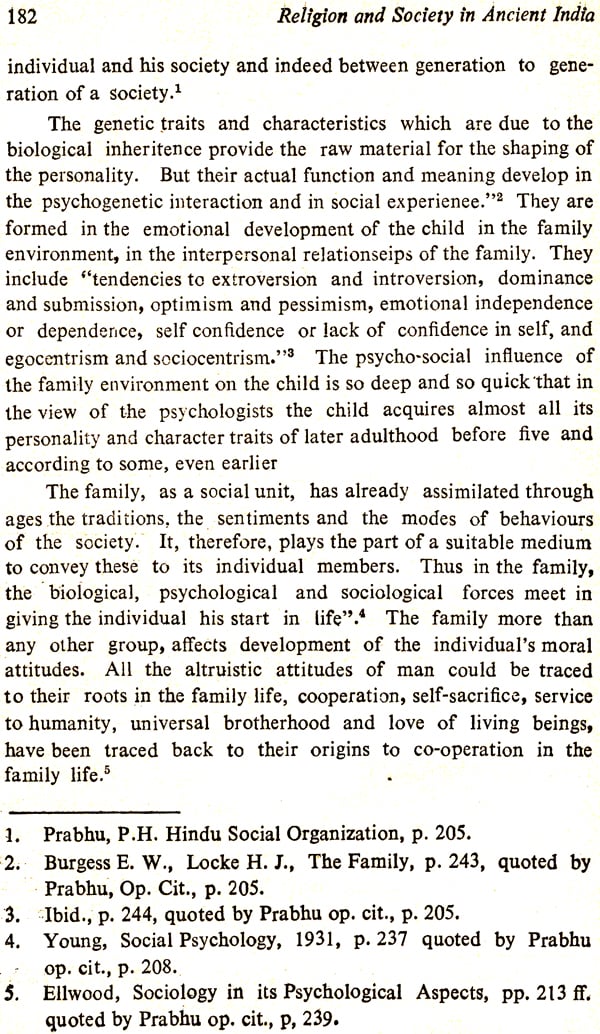 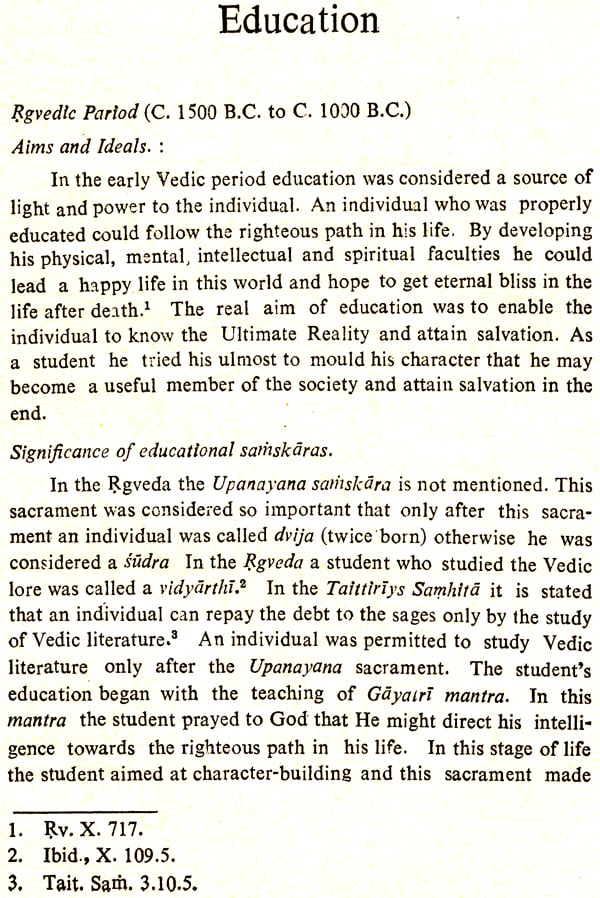 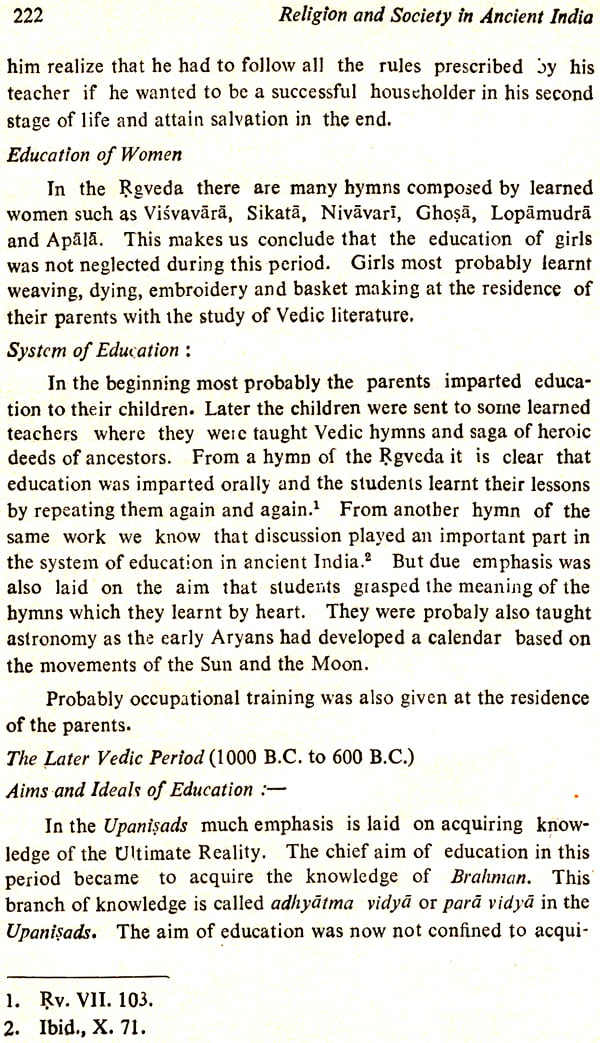 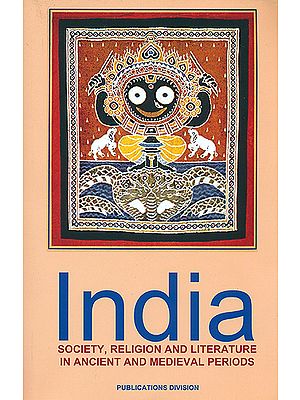 India: Society Religion and Literature in Ancient and Medieval Periods
By Rajendra Bhatt
$13.50

Nationalism, Religion and Beyond: Writings on Politics, Society and Culture
By Sri Aurobindo Edited by Peter Heehs
$44.50
FREE Delivery 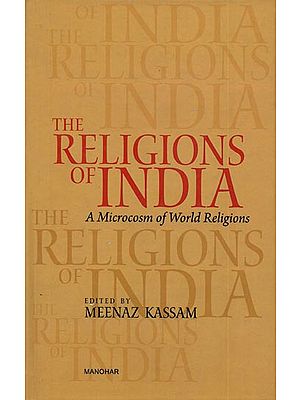 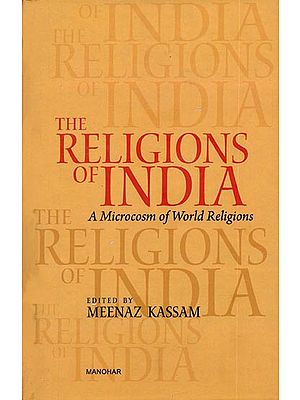 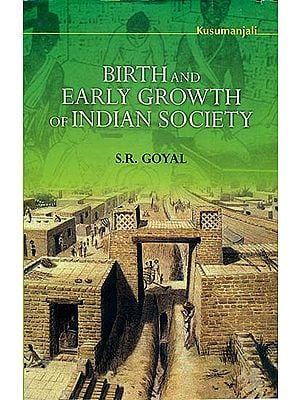 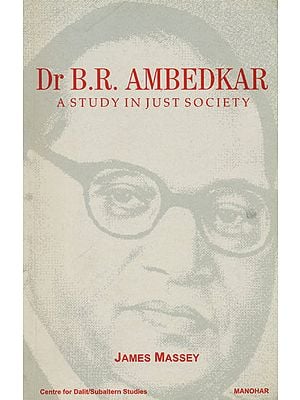