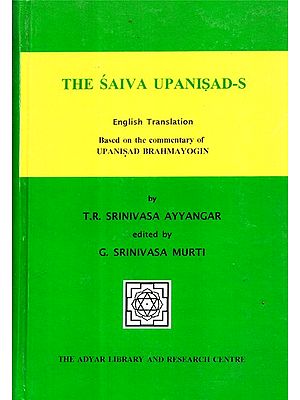 FREE Delivery
$35.25  $47   (25% off)
Quantity
Ships in 1-3 days
Notify me when this item is available
Back of the Book
This volume of The Saiva Upanisad-s contains English translation of fifteen Upanisads: Aksamalikopanisad, Atharvasikhopanisad, Atharvasiropanisad, lagni-rudropanisad, Kaivalyopanisad, Ganapatyupanisad, Jabalyupanisad, Daksinamartyupanisad, Pancabrahmopanisad, Brhajjabalopanisad, Bhasmajabalopanisad, Rudrahrdayopanisad, Rudraksajdbalopanisad, Sarabhopanisad, Svetasvataropanisad.
Preface
THE Santana Dharma, comprising the religious tradition and conduct in life of the Indo-Aryans, is based on the four Vedas, Rk, Yajus, Sama and Atharva, the treasure-mines of knowledge, handed down to posterity from time immemorial by the ancient Rsis. The Yajur-veda is made up of two parts, S'ukla and Krsna. To these Vedas are ascribed several branches (Sakhas) and their number is as follows: rigveda-21; Yajurveda -109; Sa-rnaveda-1000; Atharvaveda-50. These Sakhas are said to contain one Upanisad each. The aggregate number of the Upanisads thus comes to 1180 of which only 108 are extant at the present day. In this Volume, we deal with those Upanisads which have a bearing on Saivism and give a rendering of them in English, arranging them in the alphabetical order.

The translation closely follows the commentary of Sri Upanisadbrahmayogin who is the only one so far known to have achieved the unique distinction of having written a commentary on all the one hundred and eight Upanisads. He has presented, in an extremely lucid manner, Sri Sankaracarya’s commentary on the ten major Upanisads, which he seems to have closely followed. The advantage of following the interpretation of obscure passages by a single writer, right through the entire field covered by the one hundred and eight Upanisads, cannot be overestimated. While an attempt has been made to give a verbatim literatim rendering of the Upanisads, which is indeed no easy task, certain portions which do not bear on the words of the text, but which are helpful in rendering the meaning clear, are added in the light of the Commentary. The introductory notes to the Upanisads are enclosed within rectangular brackets.

According to ancient orthodox usage, certain Mantras, known as Santi-mantras, are recited both at the commencement and the conclusion of the chanting of the Upanisads, such Mantras varying in accordance with the Veda to which the Upanisad belongs. 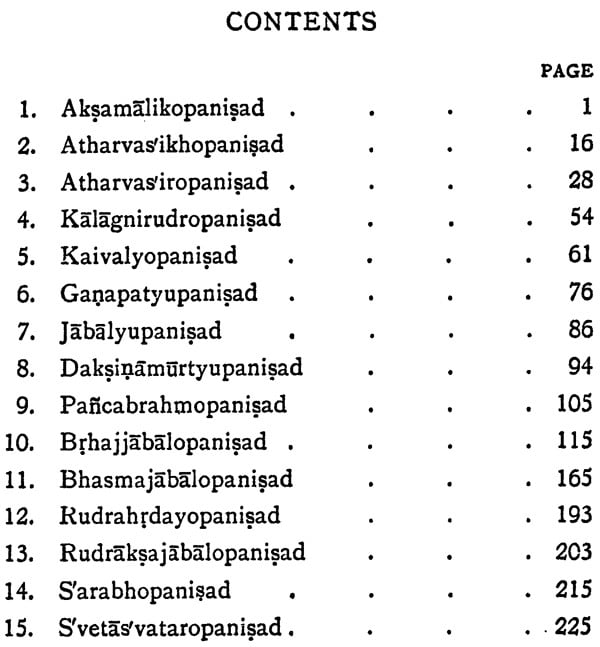 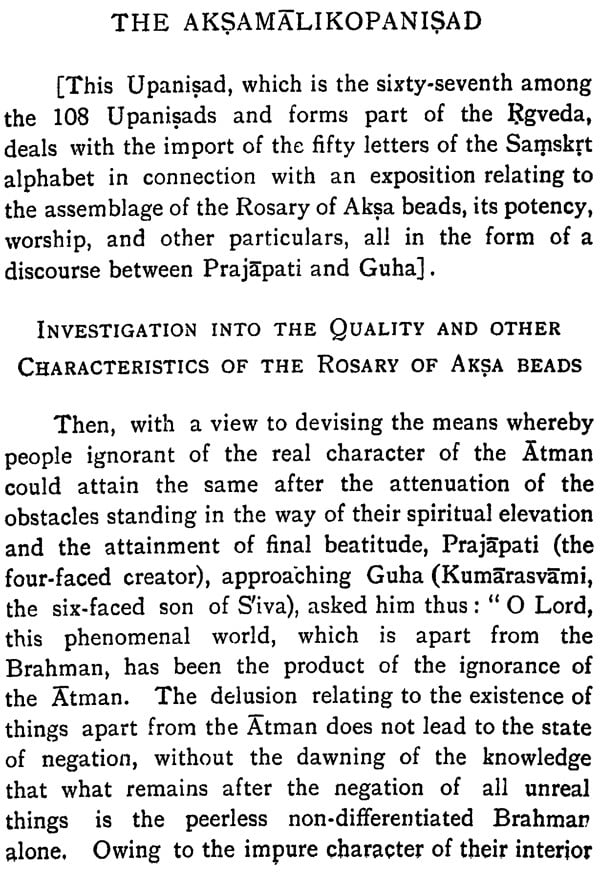 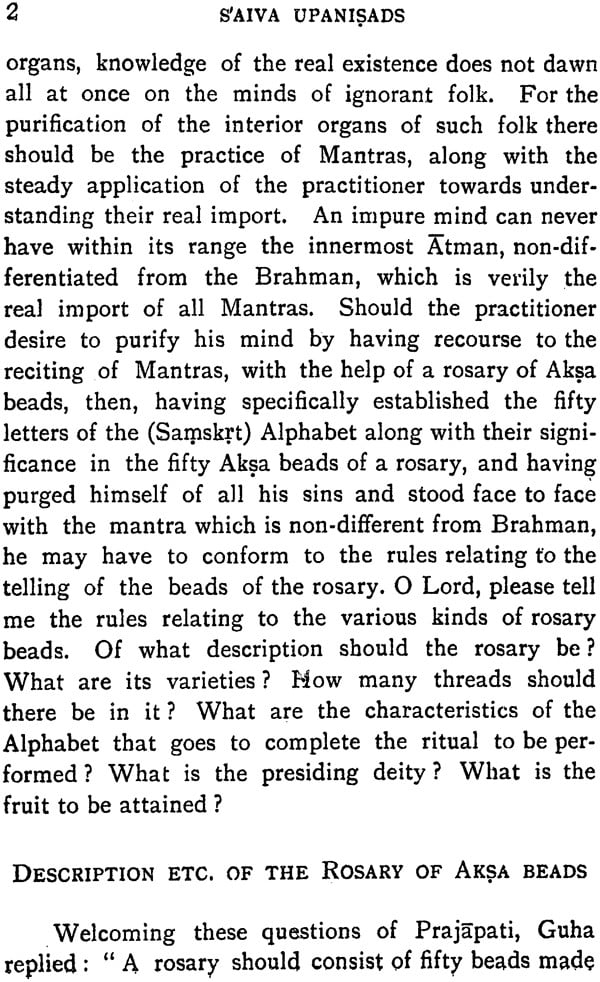 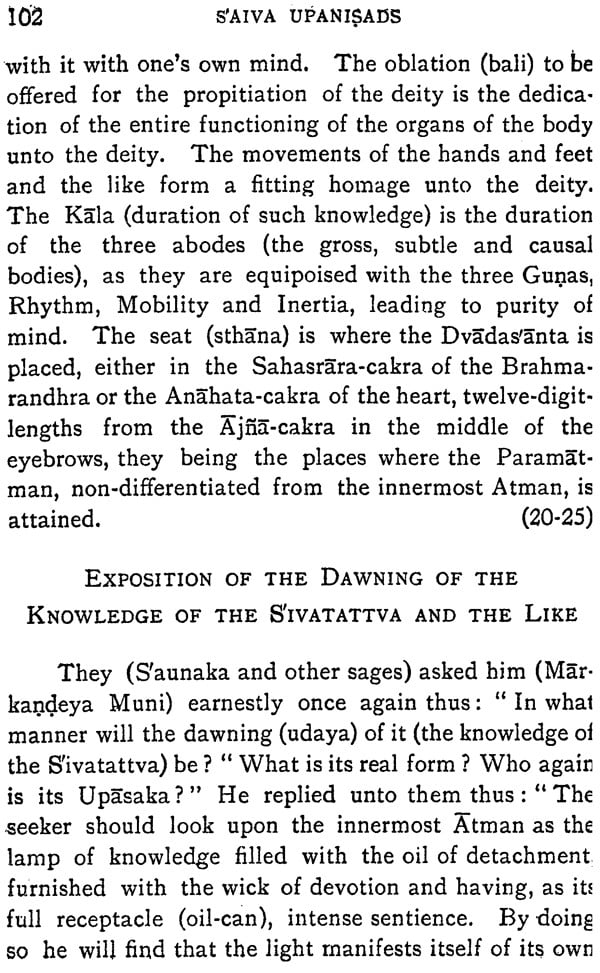 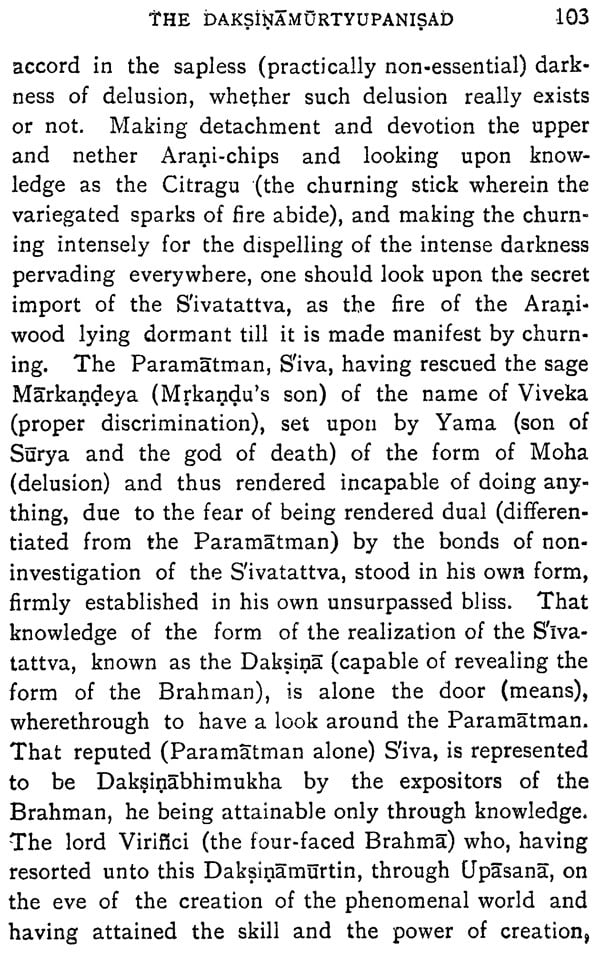 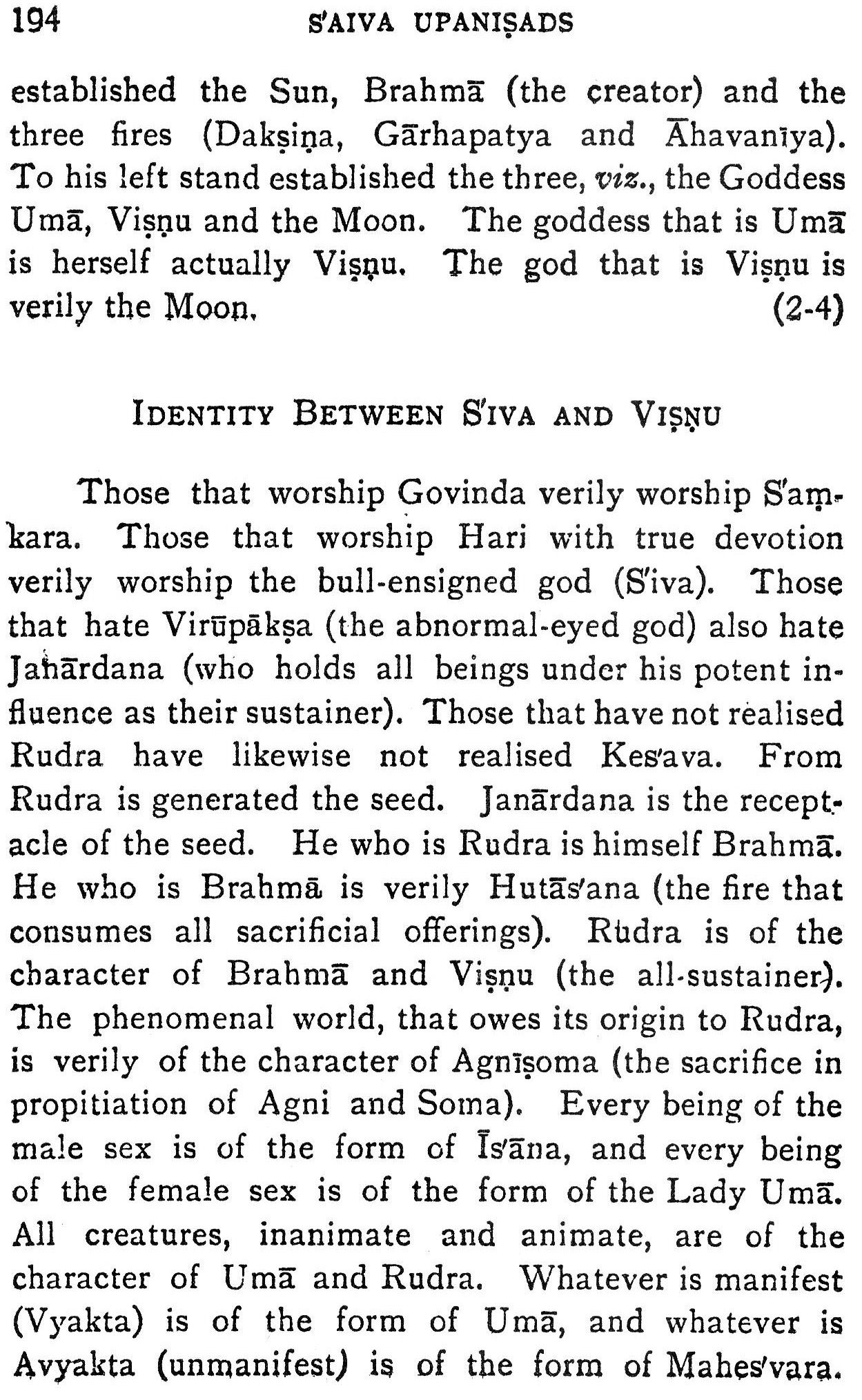 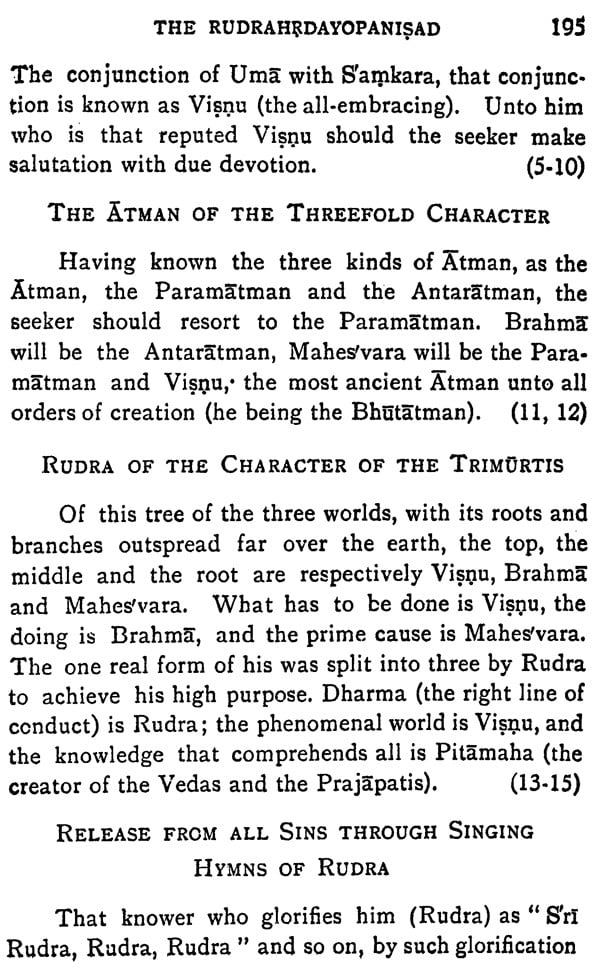 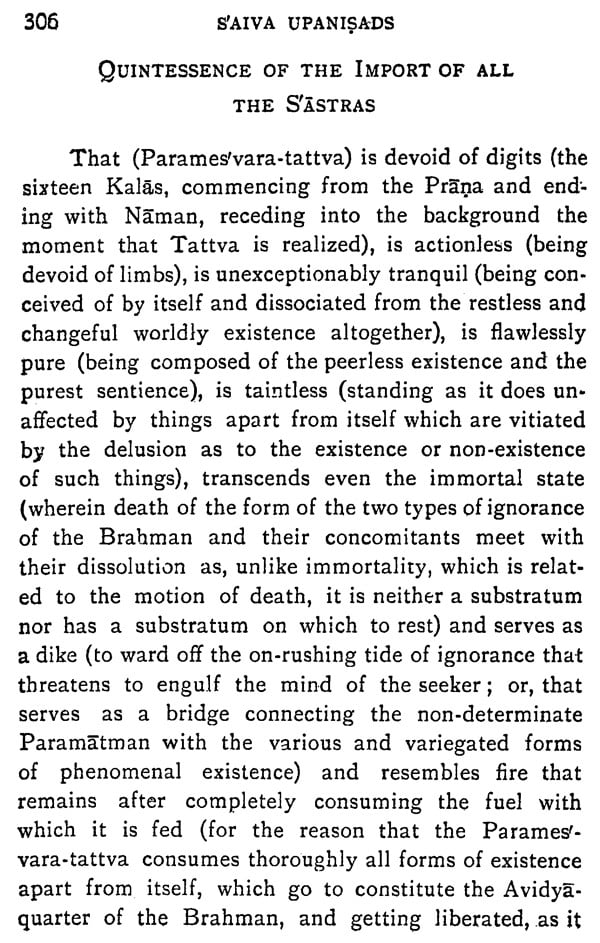 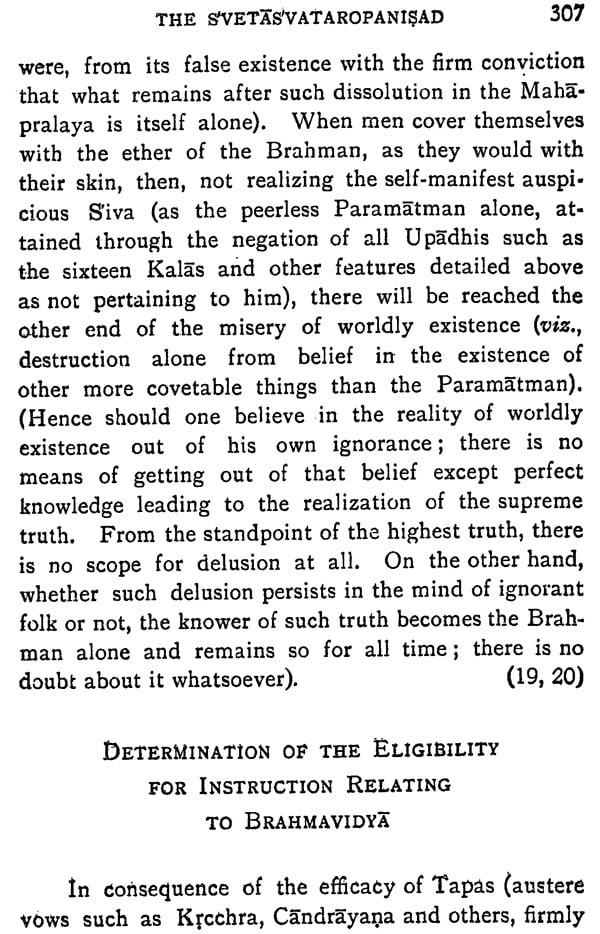