Sanskrit Ramayanas Other Than Valmiki's - The Adbhuta, Adhyatma, And Ananda Ramayanas

I am extremely happy to pay my homage to one of the foremost Sanskrit scholars of this century, Dr. V. Raghavan, in this Foreword to the first edition of valuable work containing his lectures on the three Ramayanas viz. Adbhuta, Adhyatma and Ananda. These lectures were delivered by him under the H.R. Karnik Endowment at the University of Bombay. As I knew Prof. Karnik also closely, my happiness is further enhanced in this regard.

Dr. Raghavan has been a scholar of multidimensional activities. His contributions to Alankara Sastra, Manuscriptology, original writings in Sanskrit, editions of journals of research in the fields of Sanskrit, music, dance and drama, besides staging Sanskrit dramas, and establishing a Research Institute, reveal his multifaceted scholarship which received great acclaim both in India and abroad. Many young scholars received personal guidance from him and many others were inspired by his writings. I am one of such associates. I came into contact with him in 1941 when I was still a student at the Annamalai University and continued to have his affection and guidance all along. In-fact he installed me as the professor of Sanskrit at Bangalore University in 1968.

The present volume, a compilation of Dr. Raghavan's lectures on the three Ramayanas, gives a remarkable insight into them from more than one point of view. They also give an idea of the depth of his scholarship, the method of his presentation, and the new insights into the very purpose and the scope of the compilation of these new Ramayanas when the Valmiki Ramayana had already influenced the Indian thought and culture.

The two great epics of India, viz. Ramayana and Mahabharata, do not promote any particular religious sect or any particular philosophical school in their core structure. They delineate a universal code of conduct through the main story and a number of sub-stories. They are also rich in myths and legends that reflect the noble and inferior qualities of mankind in contrast. The majority of these myths and legends is not invented by the authors of these epics. They are inherited from prehistoric times. Many of them are truly suggestive and symbolic, having an ethnic and deep psychological background. Hence the lessons to be drawn from them are deeply rooted in the Indian psyche. All the religious sects and the philosophical schools in India, particularly, the Vedanta and the Agama schools, have utilised the two epics to present their own religious and the philosophical thought either by commenting on them or retelling the story in the form of digests with a new name. This has resulted in a large number of Ramayana versions in Sanskrit, Prakrit, medieval and modern Indian languages and even in languages outside India. The "Ramayana in Greater India", a monograph of Dr. V. Raghavan based on his lectures at the University of Gujarat gives a detailed account of the South-east versions of the Ramayana.

The present book deals with three Sanskrit Ramayana digests. Dr. Raghavan gives a new perspective to comprehend the plan and the purpose of each one of them. The main purpose of the Adbhuta Ramayana is to present the Sakta religion and philosophy. Sita is made the central figure here and identified as the forms of Sakti, Mahegvaii, Durga etc., Her glory is described on the model of the vibhati yoga of Gita and is made to act like Mahakali. On killing Ravana she is described as dancing on his body in the ferocious form of Sakti. Certain important changes are also made in the structure of the Ramayana story. Sita is said to be the daughter of Ravana. Two Ravanas are also envisaged; of them, the one known to us through Valmilki has only ten faces; but his elder brother mentioned here has a thousand faces. It was this Ravana who was destroyed by Sita assuming the form of Kali. Another interesting feature of this version is the description of raga and raginis. The background episode for the birth of Sita as Ravana's daughter, Rama losing his wife, and Manthara playing her wicked role, are also portrayed to justify these events. In this way the well known theme of Ramayana is supplemented with certain background episodes. Although these do not seem to be relevant for the purpose of giving a sakta orientation to Ramayana, Sita's marvellous acts performed while killing the senior Ravana justify the title of this work as `Adbhuta' Ramayana. It is noteworthy that there is a Bengali Ramayana that closely follows the course of this version.

The second Ramayana digest included in this volume is Adhyatma Ramayana. As the very title suggests, it has a philosophical orientation. Much of its philosophy is drawn from the Bhagavata. The philosophical stotras and discourses that occur in the Bhagavata are summarised here. Rama is no doubt described as an incarnation of Vishnu. But he is described as the role model of Krishna in Bhagavata. Bhakti is given utmost importance. The intention seems to be to popularise Rama-worship as widely as Krishna worship was popularised by Bhagavata. The Adhyatma Ramayana is known to have considerably influenced Kabirdas and Tulasidas. It presents the philosophy of Ramananda also. The Advaitic thought is presented in the varied philosophical discourses. Its aim seems to correlate the teachings of the Bhagavata and Ramayana and relate these two incarnations to the same Supreme God Vishnu.

The third lecture is on the Ananda Ramayana. In it Ravana's misdeeds start much earlier than abducting Sita; he carries Kausalya to Lanka on learning that her marriage with Dasaratha is proposed and the son born to them would kill him. However he does not succeed in retaining her at Lanka. The Ananda Ramayana introduces a number of background episodes to explain the conduct of Kaikeyi, Manthara and a few other events that are apparently unjustified. It has been a technique in our puranas to utilise the conduct in a previous birth or an earlier yuga or an event outside the human affairs to explain a human error or an unjustified act of human beings. The Jain and Buddhist traditions too follow this technique. The curses and the boons are made use of for this purpose. This reduces the wrath against the concerned person. Ananda Ramayana makes use of this technique to explain the ticklish events of the Ramayana. While Valmiki's Ramayana is filled with serious events, the Ananda introduces a number of pleasant events, particularly in the Vilasa and Vivaha kandas. This justifies its name. Philosophical and moral advice have also been incorporated in this Ramayana version.

Dr. V. Raghavan Centre For Performing Arts is happy and privileged to bring out this compilation of lectures of the well known Sanskrit scholar Dr. V. Raghavan, entitled `Sanskrit Ramayana's Other Than Valmiki's - Adbhuta, Adhyatma and Ananda'. On this occasion, I am quite delighted, as a daughter of the author, for more than one reason. Three major events in the sphere of Dr. V. Raghavan Centre's activities coincide with this publication. The first is the official registration of Dr. V. Raghavan Centre For Performing Arts under a Trust on the 4th of March 1998, fulfilling a long cherished dream. Secondly this year is the 90th birth-year of my father and thirdly, the major official venture of the Centre commences with this book release on the auspicious Rama Navami day; The 5th of April marks the date of demise of Dr. Raghavan, and this year it also coincides with his annual ceremony.

The prime intention of the Dr. V. Raghavan Centre has been to bring out his unpublished works and continue to encourage research activities in the areas of interests that he cherished during his lifetime. As one who has been fortunate to have observed his activities closely especially during the last several precious years of his life, it has been my earnest desire to propagate his academic pursuits which are of immense value for posterity, through an established body in his own name and in this very city where he lived. I am sure my mother, Smt. Sarada Raghavan, my brothers, Kalidas, Charudattan and my sister Priyamvada would be equally happy at the development of the Raghavan Centre and its extended activities.

In 1974, Dr. Raghavan gave a series of lectures on Three Sanskrit Ramayanas - Adbhuta, Adhyatma and Ananda" under Dr. H. R. Karnik Endowment at the University of Bombay. Between 1977-79, Dr. Raghavan saw through the printing of this work undertaken by the Bombay University and the final press copy was ready when he was alive; but it was received almost 20 days after his demise. Several factors contributed to the unavoidable delay in finally taking up the work for printing.

It is indeed a hearty venture of Dr. V. Raghavan Centre for publishing this work of a true Rama-bhakta, for whom the Ramayana -parayana was a daily ritual. Even a few hours before his unexpected sad demise on the Rama Navami day in 1979, he spoke on his Ishta devata Sri Rama and his compassion to Jatayu. Dr. Raghavan's keen analytical approach of the various aspects of the epic and his in-depth studies on this subject have all along been a mine of information to all those engaged in the field of study of the Ramayana. Hence his research as contained in these lectures will be relevant and useful for academicians in India and outside.

On behalf of Dr. V. Raghavan Centre I feel delighted that with the grace of Sri Ramachandra and the blessings of my noble father, I have been able to bring out this valuable publication. My sister Priyamvada, who greatly supports and encourages me in all my ventures shared equally the cost of this publication I am thankful to her for her continuing to be a great source of strength. I am equally obliged to acknowledge the moral support of my mother, Smt. Sarada Raghavan, and my brothers Kalidas and Charudattan. As per the desire of our mother, Priyamvada and myself wish to channelise the proceeds of the sale of this publication to the Kuppuswami Sastri Research Institute, an institution that was very close to the heart of our father.

I cannot adequately thank Prof. K.T. Pandurangi, former Prof. of Sanskrit, Bangalore University and currently the Upakulapati, Poornaprajna Vidyapeetha, himself a senior versatile scholar and who knew my father closely, for his valuable Foreword.

My heartfelt thanks are due to Dr. C. S. Sundaram, who has been closely associated with Dr. Raghavan for a long time, for preparing the Index of this work.

I am grateful to Dr. S. S. Janaki, disciple and long time associate of Dr. Raghavan, for her guidance and participation in all such academic endeavours.

Sri. S. Rajam, well known musician, musicologist and artist, is to be thanked for giving his kind permission to use one of his line drawings for the cover of the book and for his valuable guidance in deciding the layout of the front cover.

My thanks are due to my daughter Kumari Sushama for computerising the preliminary matter and the Index for the press.

Sri. Ravi of Vignesha Printers is to be thanked for the neat printing of this publication.

Dr. V. Raghavan was an embodiment of meticulous, precise, traditional scholarship combined with encyclopaedic knowledge; he stood for high ideals in life and scholarly pursuits. This Centre bearing his name will aim at propagating the above goals. With more resources and support from private and public organisations, the Centre looks forward to scale new heights in enriching the multifaceted interests of this unique scholar. 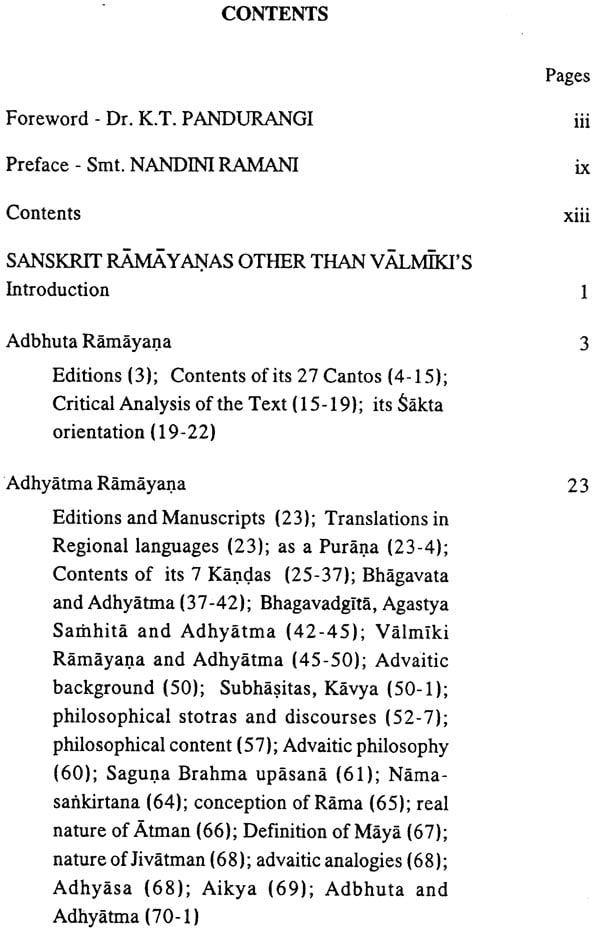 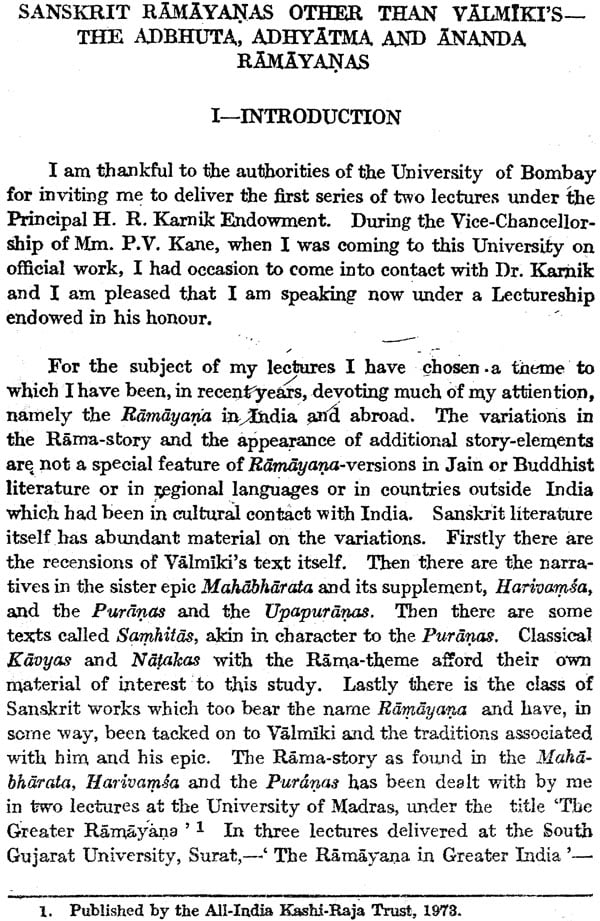 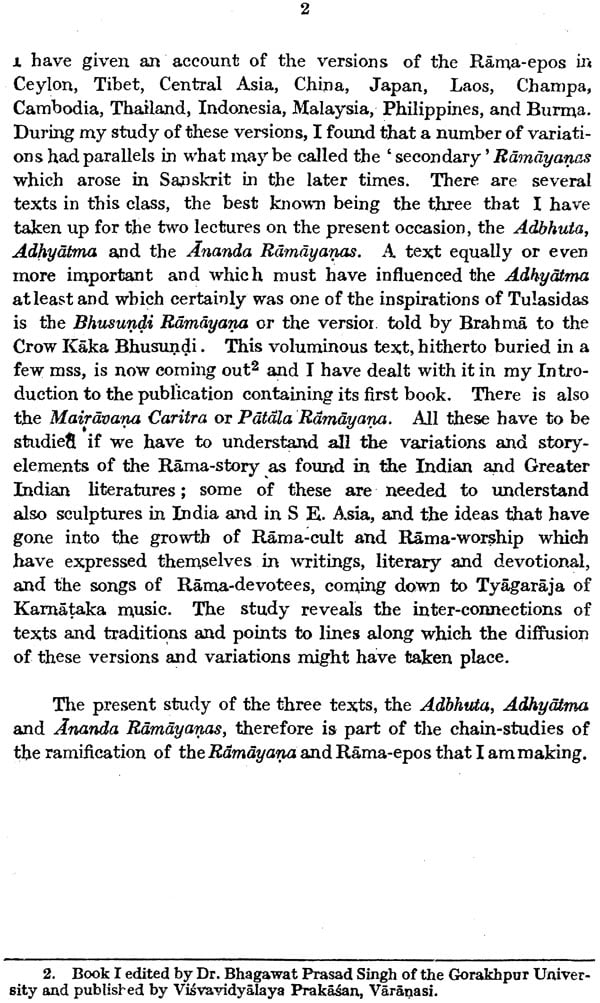 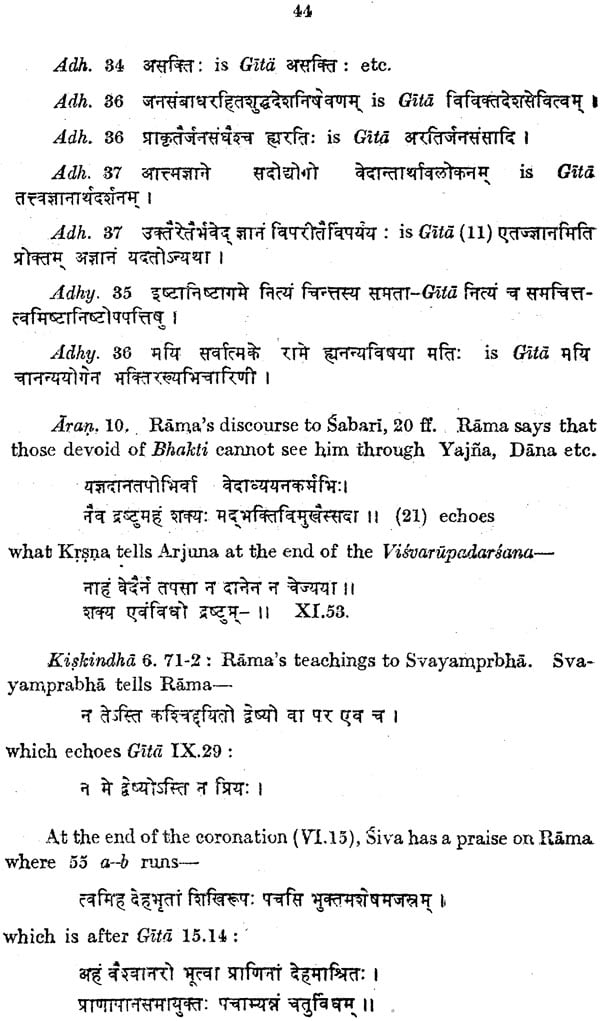 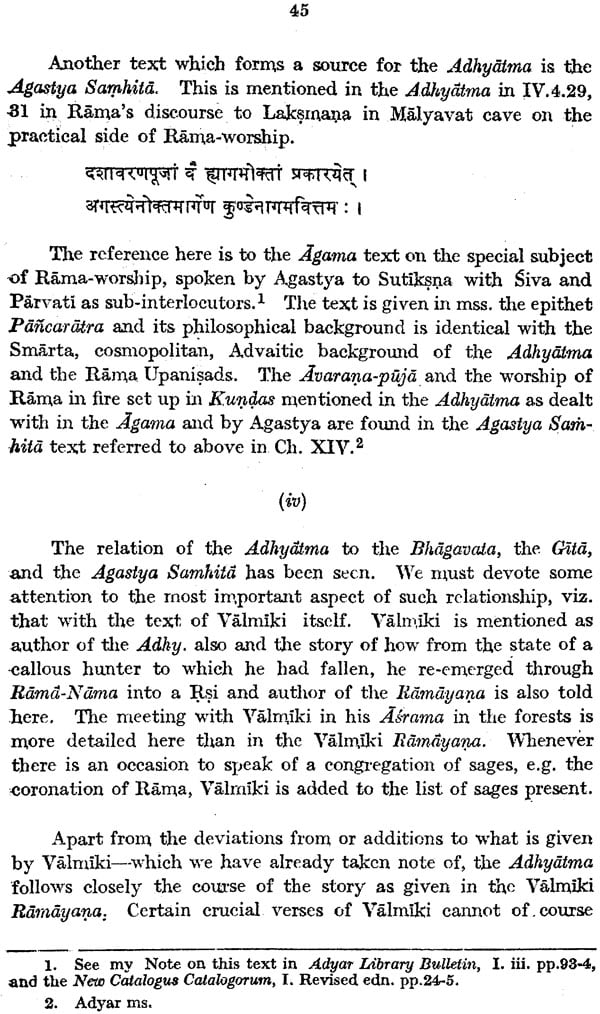 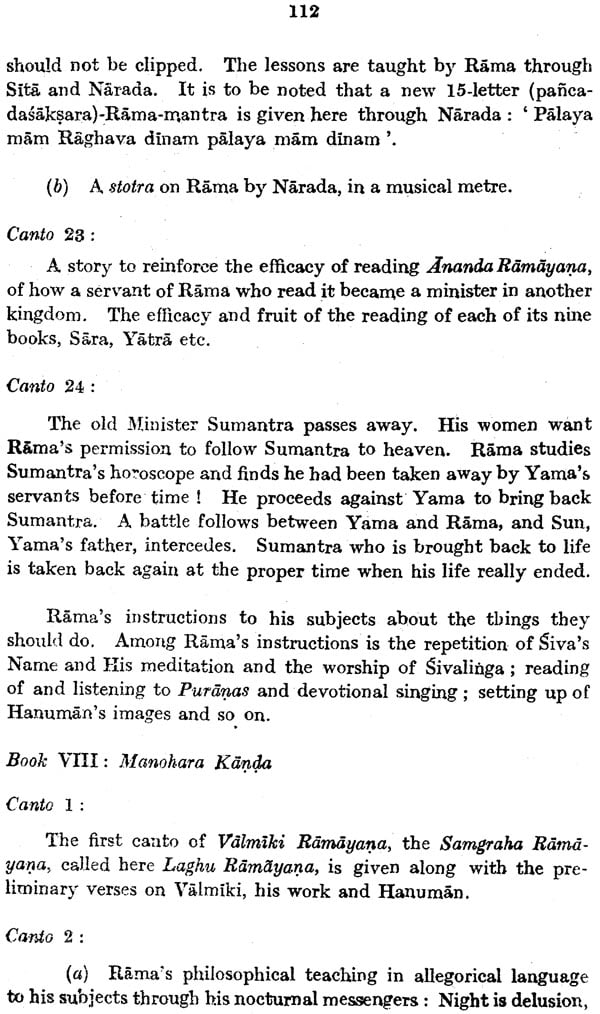 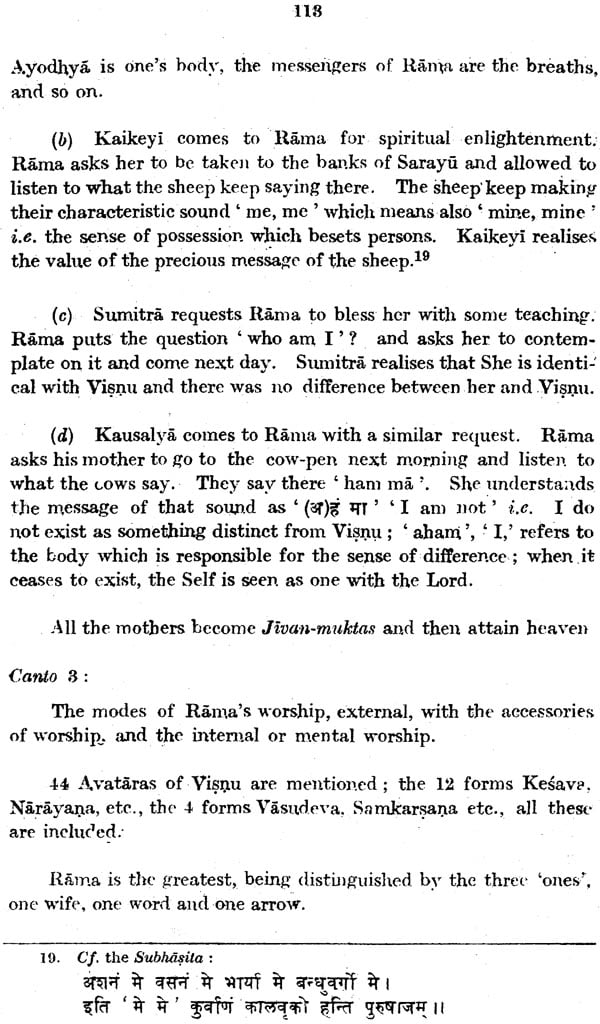