Sathish Gujral: An Artography traces the aesthetic and personal journey of a pioneer of modern Indian art, over the last five decades. A true Renaissance Indian artist, Satish Gujral defies categorization, Painter, Sculptor muralist architect interior designer and more he has ventured beyond the conventional boundaries of individual art forms. A master of media he has painted in oil and acrylic, sculpted using wood, bronze and granite made paper collages and ceramic murals designed buildings in brick and stone and left his mark in metal and glass creating works that telescope the past with contemporary history and represent a continuum between distinct art forms. A twenty first century Da Vinci, Sathish Gujral and his training in art especially under Mexican muralist David Alfaro Sequeiros have manifestly enriched and contributed to his evolution as an artist. While hope and exuberance remain common denominator of his art he had never fought shy of expressing his sense of outrage at human degradation.

…The word “genius” has rarely been used in this column but it is the correct terms for Mr. Satish Gujral. This strikingly original artist, whom providence has robbed of the power of hearing is a phenomenally sensitive observer who through his own suffering and sorrows has succeeded in conveying to us in dramatic canvases of elemental power what he feels about the world around him. His deep felt humanity shines through the dark and bituminous hues of his compositions.

Gayatri Sinha is an independent curator and art critic. Her books on contemporary Indian art include expressions and evocations Contemporary Indian women Artists and Krishna: A critical biography. In 2003 she edited Indian Art: An overview.

Her curatorial work include the self and the world at the national gallery of modern art a seminal exhibition of Indian in Bangladesh (1997). On a ford foundation award she curaged the widely acclaimed photography exhibition woman/Goddess that travelled in India and the united sates (1999-2001) she had also curated cinema still (Which won the best curator commendation from the India Habitat centre, 2003) After dark (Sakshi Gallery, Mumbai 2004) and the photography exhibition middle age spread (National museum, 2004).

Gayatri Sinha has lectured worldwide on Indian art and writes a weekly column on visual culture and art for the Hindu New Delhi.

Santo Datta was the critic for The Indian Express, The Hindu, The Pioneer, and The Hindustan Times, successively, for more than three decades. An eminent curator, he presented the centenary exhibition of Mukul Dey, and edited and annotated The Vertical women Reminiscences of B.C. Sanyal for the national Gallery of modern Art. Recently he curated an exhibition of Still Life Painting for gallery Art Motif New Delhi. To mark the inauguration of the saddam Art Centre he was invited to take an exhibition of Indian art at the festival of India in Switzerland. A self taught watercolorist he attended an international art camp in Dacca in 2003 he has recently written after the fall: Time life and art of Rabin mondal.

Gautam Bhatia Graduated in fine arts and earned a Master’s in Architecture from the university of Pennsylvania. A Delhi based practicing architect he has received several awards for his building and written extensively on the subject. He books include Laurie Baker Life, work and writings; Punjabi Baroque, silent spaces; Malaria Dreams a trilogy that focuses on the cultural and social aspects of architecture and comic century an unreliable history of the 20th century. Two recent shows of drawings entitled looking through walls and the good life examined disparities between the professed goals of architecture and the public perception of building.

As the director of the national Gallery of modern art I am extremely proud to host the retrospective exhibition of Satish Gujral, ‘Ecce Homo! Behold the man!’, one of the most distinguished artists of our country. The exhibition attempts to showcase the perceptive and holistic journey of this artist who chose to paint sculpt, design and spend his lifetime in a pursuit resonating with his intuitive vibrations and listening to his inner voices as part of his creative quest. This exhibition has been mounted through the generous loans from some of the most outstanding collection of our known collector around the country besides the artist personal collection as well as that of the national Gallery of modern art.

Critically viewing Gujral’s journey over five decades one clearly discover a binding thread consistent enveloping involving and growing from his early obsessive and expressionistic figurative works to his architectural designs and architectonic creation in multiple media truly establishing him as one of this country formidable and original conceptual thinkers. One can distinctly realize that the artist has incorporated several diverse material and sensibilities in this artistic quest. As a painter sculptor muralist architect and interior designer it is evidently visible that the evolution and its process is an important to him as the end result. Having exhibited at several national and international venues his work have been lauded by eminent artists thinker and scholar. His stay in Mexico (1952-1954) provided his work a new dimension with exposure to well known mater like David Alfaro Siqueiros under whom he studied and Diego Rivera along with many other who openly appreciated his work calling it A frank breath of greatness. His personal association with artists like Frida Kahlo during the last few months of her life also provided Gurjal a great emotional and intellectual bondage.

He work have traversed along a course form exploiting different crafts techniques and materials to the introduction of folk elements. His burnt wood creations during the 70s and 80s speak of an anthropomorphic and theriomorphic quality with similarity in contents and form with the totemic poles. His murals reveal a thorough understanding of the diverse materials that he was already familiar with and exhibit his great versatility in term of concepts medium material and execution. His architectural creation the Belgium embassy in New Delhi built in an international style utilizing local materials and craftsmanship can truly be considered a landmark in contemporary Indian architecture. Eminent thinkers like John Berger have written thought provokingly about the penetrative and moving quality of the artist works.

The national Gallery of modern Art as the premier repository of the visual and plastic arts of this country considered it to be its responsibilities to showcase and celebrate the lifetime works and creative endeavours of some of the most important artists of this country and to honour them trough a major retrospective exhibition.

A retrospective chronicles and brings to life the creative journey of such artists who more often than not struggled alone in times when neither the understanding nor the appreciation of modern art was know. It also gives us an opportunity to recall and acclaim the dedication determination and dexterity of such artists who continued in their search against all odds motivated purely by their inner self and commitment. 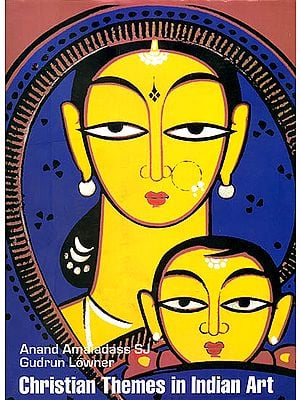 Journeys: Four Generations of Indian Artists in Their Own Words (Set of 2 Volumes)
By Yashodhara Dalmia
$175.00 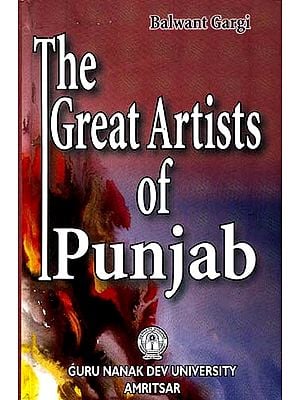 The Great Artists of Punjab
By Balwant Gargi
$17.50 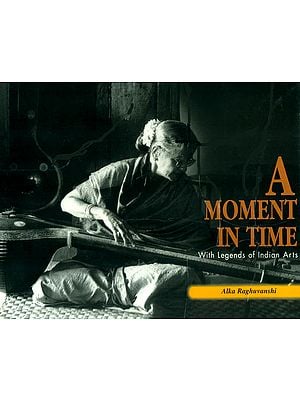