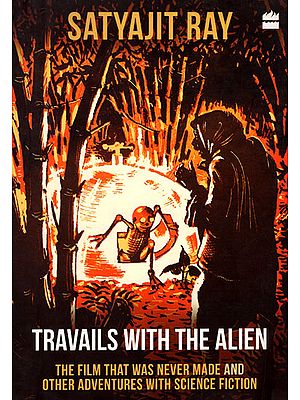 Satyajit Ray was a master of science fiction writing. Through his Professor Shonku Stories and other fiction and non –fiction pieces, he explored the genre from various angles. In the 1960s, Ray wrote a screen play for what would have been the first –of –its kind sci –fi film to be made in India. It was called The Alien and was based on his own short story "Bonkubabur Bandhu". On being prompted by Arthor C.Clarke, who found the screenplay promising, Ray sent the script to Columbia Pictures in Hollywood, who agreed to back it, and Peter Sellers was approached to play a prominent role. Then started the "Ordeals of the Alien" as Ray calls it, as even after a series of trips to the US,UK and France, the film was never made, and more shockingly, some fifteen years later, Ray watched Steven Spielberg's film Close Encounters of the Third Kind and later E.T.: The Extra –Terrestrial, and relized those bore uncanny resemblances to his script The Alien, including the way the ET was designed!

A slice of hitherto undocumented cinema history, Travails with the Alien includes Ray's detailed essay on the project with the full script of the Alien , as well as the original short story which the screenplay was based. These presented alongside correspondence between Ray and Peter Sellers, Arthur C. Clarke, Marlon Brando, Hollywood producers who showed interest, and a fascinating essay by the yound student at Columbia University's Grduate School of Journlism who broke the Spielberg story, make the this book a rare and compelling read on science fiction, cinema and the art of adaption.

"A science fiction addict" –that's the pharase, Satyajit Ray, my father, used to describe his love for science fiction. As a schoolboy he was deeply fascinated by the stories of Jules Verne and H.G. Wells, which germinated his interest in this particular genre. In 1961, he along with his poet –friend Subhash Mukhopadhyay revived the children's magazine Sandesh, founded in 1913 by my great –grandfather Upendrakishore Ray Chaudhary. With the urge to feed Sandesh, his childhood love found a creative outlet as stories using all kinds of staple science fiction themes. Thus emerged the scientist –inventor character of Professor Shonku, which became an extremly popular series among young and old alike.

Along with his writings, Father was actively involved with Bengali science fiction magazine Ascorjo as its cheif patron, and later became ther president of the Science Fiction Cine Club –probably the first one of its kind in India as well as abroad. I have fond memories of attending the film screenings of the club, accompanying him on several occasions. In my childhood days, local offices of all the major studios had a 16mm film library. My father used to select movies form these collections for screenings on my birthdays –a memorable attraction for me and my friends. I can recall one such viewing of Gargo –the British monster movie directed by Eugine Lourie. In those pre video days we also had 8mm home collections available for sale. We had an 8mm projector in our house and Father used to bring condensed versions of sci-fi films every time he went abroad. This is how we saw it Came from Outer Space, the old versions of One Million BC, starring Victor Mature, and a lot of other films . As an avid reader of science fictions, he immensly enjoyed the works of Arthur C. Clarke, Ray Bradbury, Issac Asimov, Theodore Sturgeon and John Wyndham – The Midwesh Cuckoos being one of his personal favourites. He subscribed to Omni and Heavy Metal magazines and hunted pavement stalls for interesting issues of Science Digest. He had a keen interest in science fiction writings bordering on the compound and paranormal, and always had an open mind about it.

"Bonkubabur Bandhu" ("Bonkubabu's Friend") –a short story by Father first published in Sandesh –served as a springboard for the script of his proposed science fiction film The Alien. The script was taken up by Columbia Pictures in Hollywood, with initial casting in progress, but a fateful turn of events under queer circumstances finally led to abandoning the project. The present volume is an in –depth documentation of the background of this much talked –about unmade film and offers an insight into Ray's creative oeurve in the realm of science fiction. Thought many know about the ill –fate of the Alien, this is the first time the making has been exhaustively collated with the unseen storyboard, stills, interviewers, news reports and letters which make this book a unique piece of movie –making history. 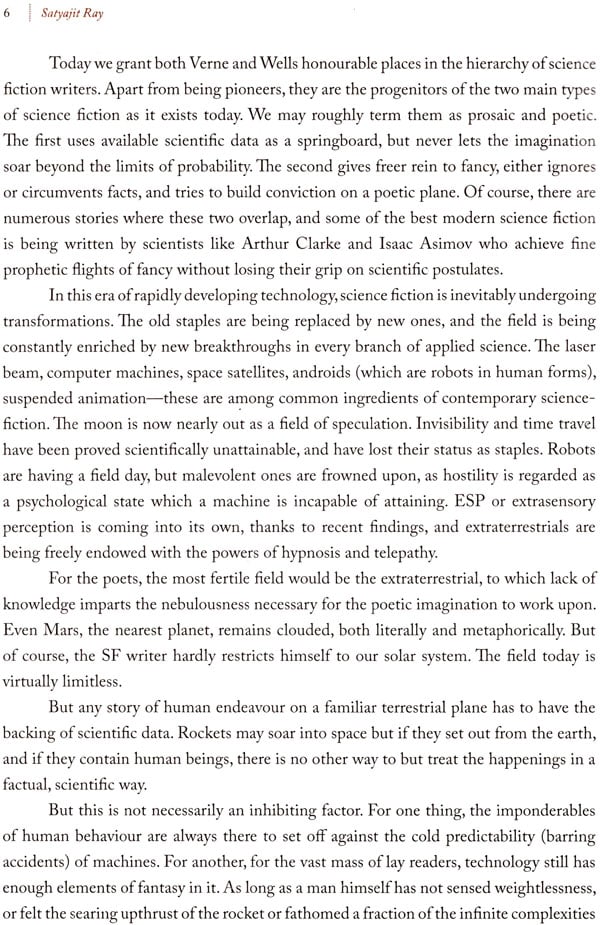 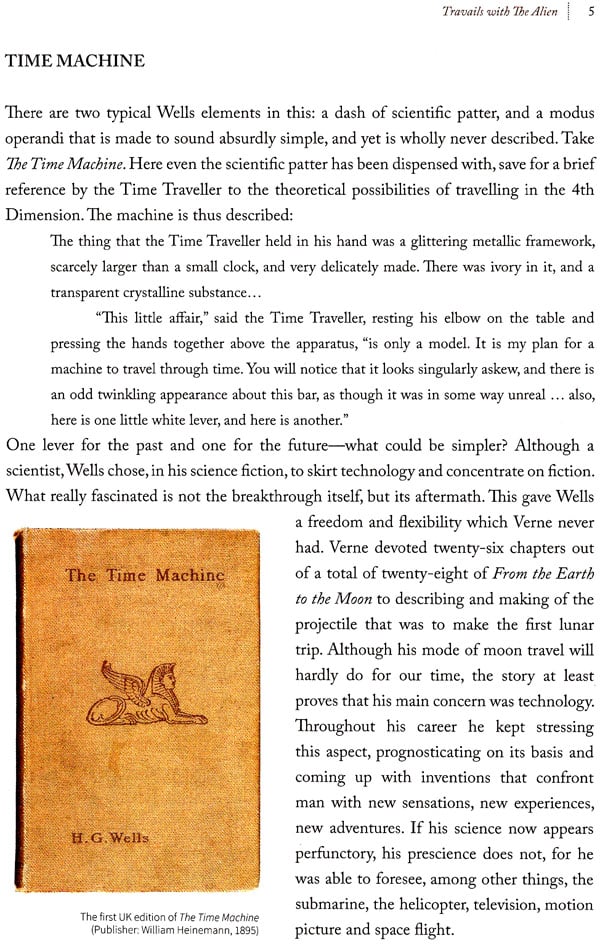 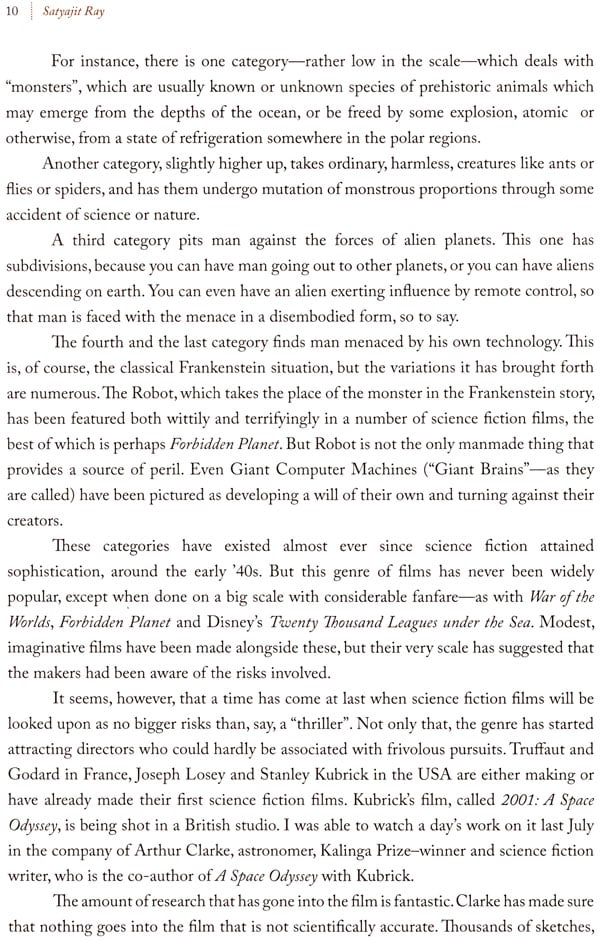 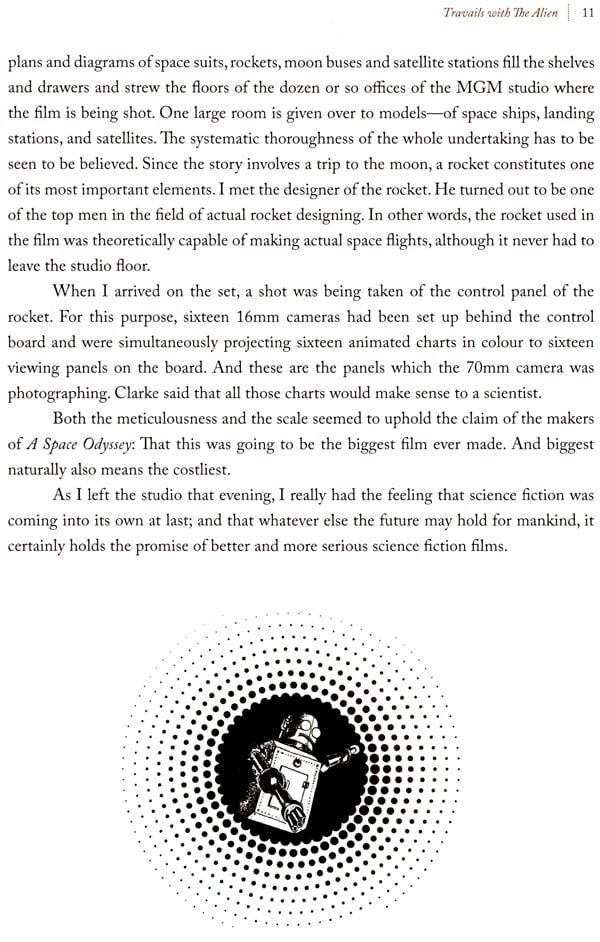 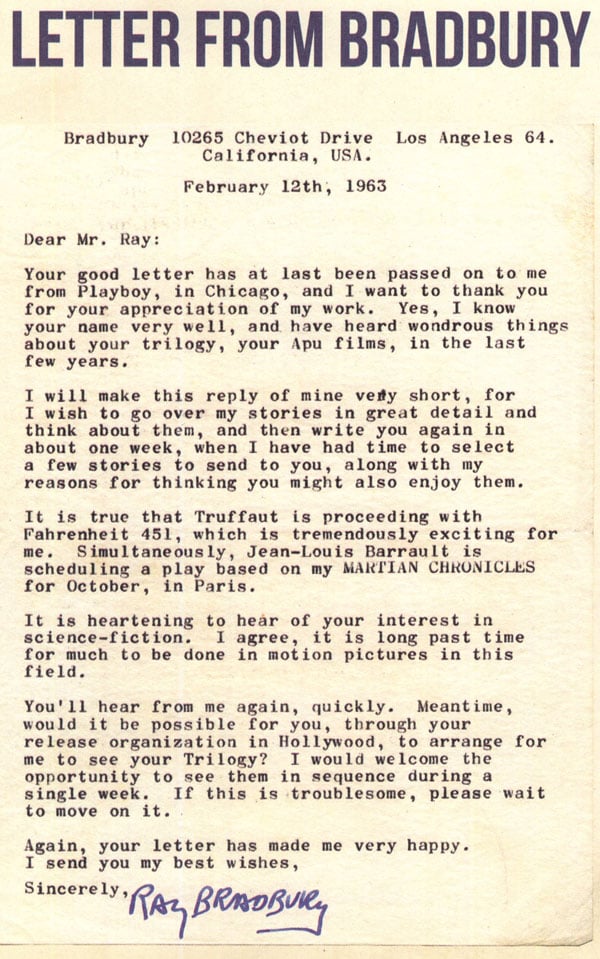 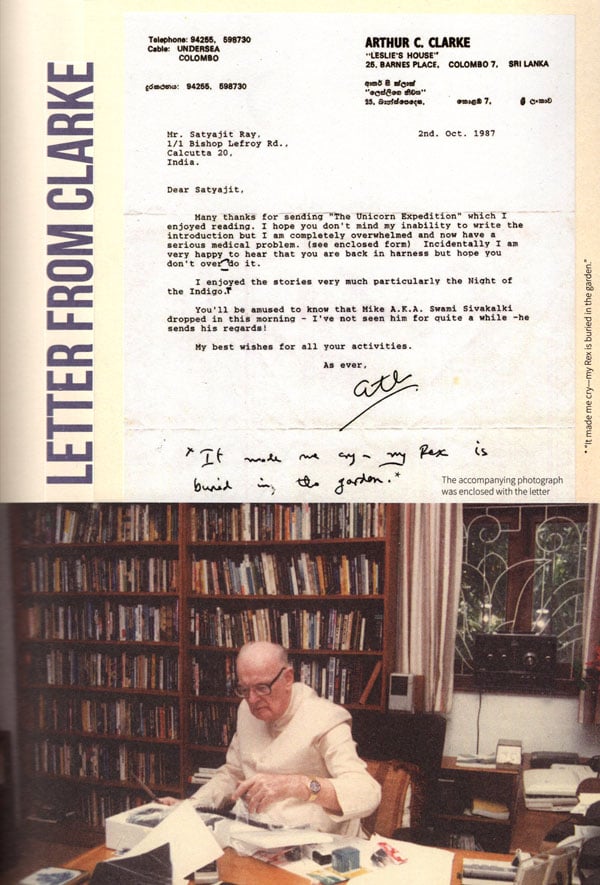 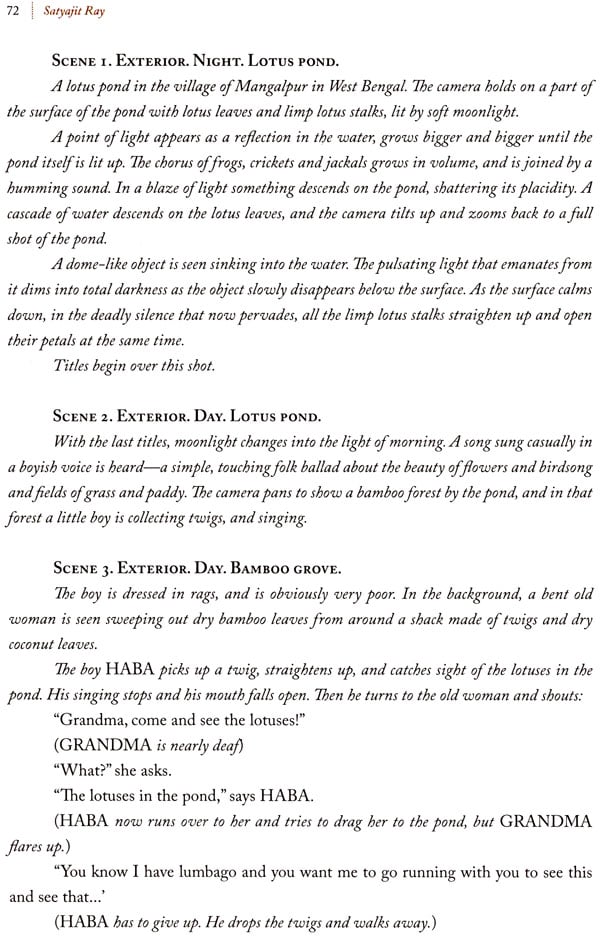 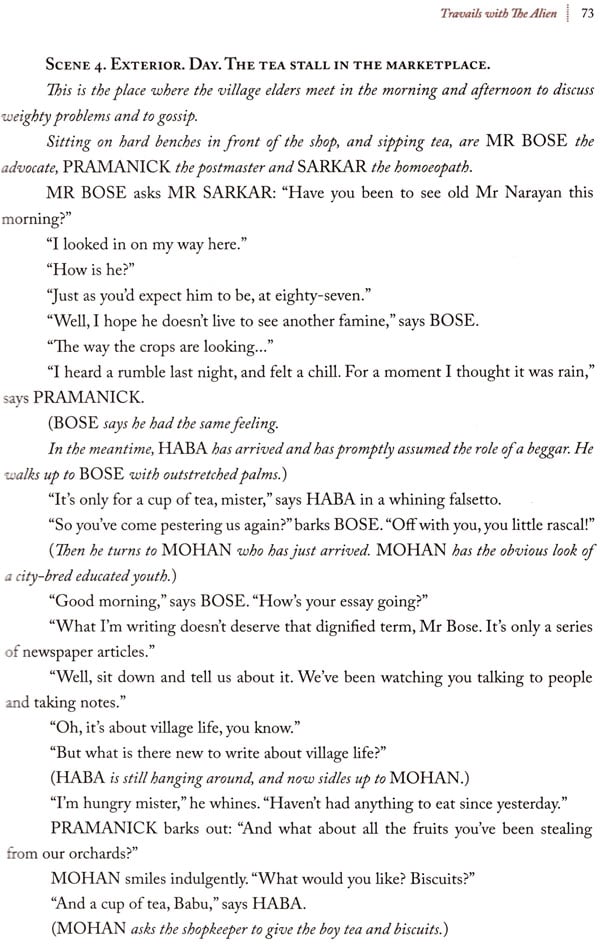 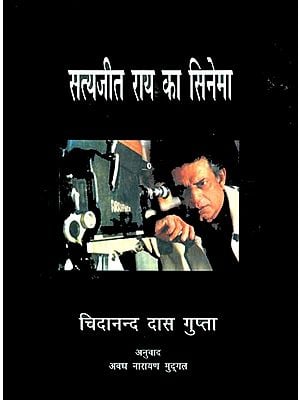 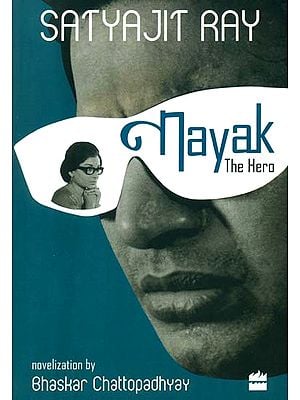 Speaking of Films
By Satyajit Ray, Translated From the Bengali by: Gopa Majumdar
$29.00

CONSCIENCE OF THE RACE (India's Offbeat Cinema)
By Bibekananda Ray
$36.00