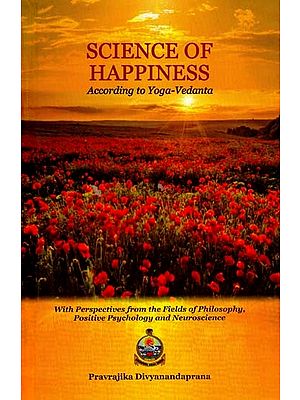 Science of Happiness (According to Yoga-Vedanta)

Swami Vivekananda wrote in a letter dated 17th February, 1896 to Alasinga Perumal one of his Madras (Chennai) disciples-"The abstract Advaita must become living -poetic-in everyday life; out of hopelessly intricate mythology must come concrete, moral forms; and out of bewildering Yogi-ism must come the most scientific and practical psychology-and all this must be put in a form so that a child may grasp it. This is my life's work."

Pravrajika Divyanandaprana of Sri Sarada Math, who is currently stationed at our centre in New Delhi, has most successfully carried out this principle of Swami Vivekananda in the lectures which she delivered at IIT Delhi, as part of the first course on Yoga-Vedanta there. This book is a compilation of those lectures.

Human beings are essentially seekers of happiness. But unfortunately, most of them do not know the correct path to attain it. In this book, there is an attempt to make a scientific study of Happiness with deep insights from Yoga and Vedanta and with perspectives from the fields of philosophy, positive psychology and modern neuroscience.

What attracts us most in these lectures is the clarity of thought and the lucid way of its exposition. Here we get a scientific study of happiness embellished with insights from Yoga and Vedanta. The book will have immense value for the modern youth to face the challenging problems of everyday life most successfully.

This book is an outcome of the tremendous response from the audience and public and their urge to publish the lectures in book form. Hope this publication will help our modern youth to understand traditional Indian Philosophy in the right way and make their lives purposeful.

The common goal of all human life and endeavour is happiness. But few are able to conclude life with absolute contentment. Sensate happiness is sickening beyond a limit. This is everybody's experience. But we do not understand nor find a way, to substitute and raise the inner drive for happiness, and as a result, cul-de-sac around limited experiences. The scriptures, however, promise a superlative degree of happiness through spiritual discipline.

Since my early student life, when I would read the commentaries on the Upanishads and Yoga Sutras, certain observations made there would simply strike me. Meditation and the after-meditation scriptural study produced the most delightful and satisfying moments of my life. As a result, I always felt there is a lot we could draw from the Vedanta and Yoga scriptures, to address the drives and problems of today's youth force. What would be the method to do this? How do we bring, the science and technology of higher consciousness together, and make it applicable to modern needs? And how could we put the whole scheme into a secular scientific paradigm? These questions became pertinent when I was requested to offer courses on Yoga-Vedanta at IIT Delhi, India's premier engineering institute and think-tank.

The Sunday class on the Upanishads at Ramakrishna Sarada Mission, New Delhi, throngs with intellectuals from all over the capital. In 2015, I was asked to give these classes as Revered Vivekapranaji moved to Pangot. Subsequently, I noticed a number of IIT students and faculty attend the classes. It came as a surprise when in 2018, IIT Delhi, requested me to offer courses on Yoga-Vedanta. The National Resource Centre for Value Education in Engineering (NRCVEE) was already deep into finding solutions to youth problems through value 141~ orientation. Their interest in Yoga was palpable. A meeting was consequently held at IITD and the first course 'Science of Happiness' (according to Yoga-Vedanta) was launched as VEV 731 in August 2018. The first session was published on YouTube as 'Understanding Happiness' on 7th September, 2018. About a hundred and seventy-six students applied for the course, but only sixty were accepted. The first two classes took place in a large hall to acquaint the students with the syllabus and purpose of the course. The course had nine sessions of theory, each session for one and half hour. Four practical sessions based on the theory lectures were framed, each for about two hours.

The impact of the course went beyond our expectations! The entire course was recorded and uploaded by NRCVEE at their official YouTube channel: NRCVEE IIT Delhi. It was reloaded by other channels like Vivek Vani, Vivekananda Samiti, IITK, etc. It only showed how much living interest and zeal were there, for the essentials of Yoga-Vedanta, interpreted in a completely scientific paradigm. Subsequently, two other courses, one on 'Karma Yoga: Art of Effective Leadership' and the next one on `Discovery and Management of Self ', were also conducted in the following semesters.

Many thinkers, philosophers, academicians, former IlTians and scientists from all over the world responded enthusiastically and requested the course talks to be reproduced in book form. A special request to this effect came from Dr. TGK. Murty, an outstanding scientist of ISRO and Scientific Advisor to the Department of Science • as and Technology, Government of India. It was then that n Revered Amalaprana Mataji, General Secretary of Sri Sarada Math, and other authorities of Sri Sarada Math, asked me to bring out the lectures in book form. I was very hesitant. The next order was persistent and clear. The lectures had to be published. The book in your hands is a result of this endeavour.

The nine chapters of the book are edited transcriptions of the nine theory lectures of the course. Consequently, the overlapping of a few core ideas is unavoidable. Few s concepts like the Ashtanga Yoga of Patanjali have been covered across the chapters as delivered in the lectures. 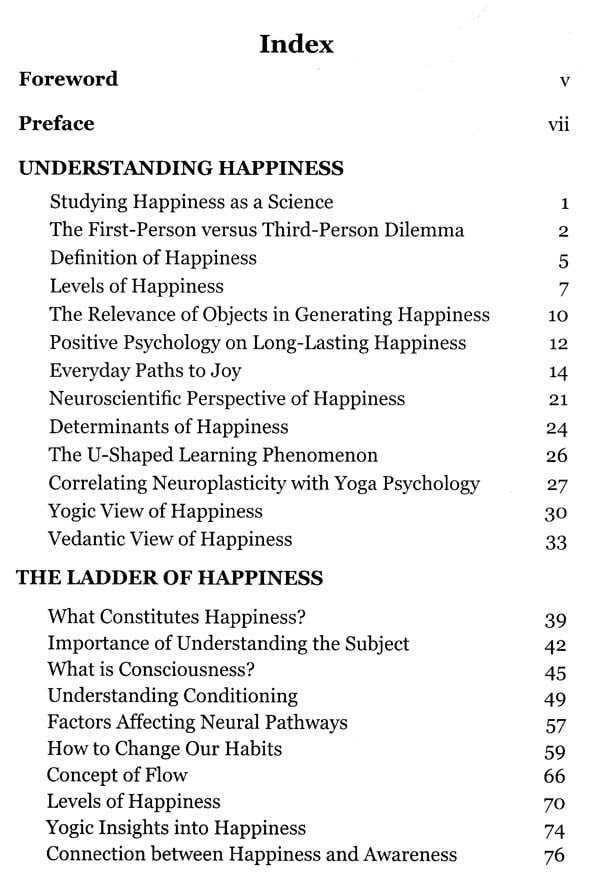 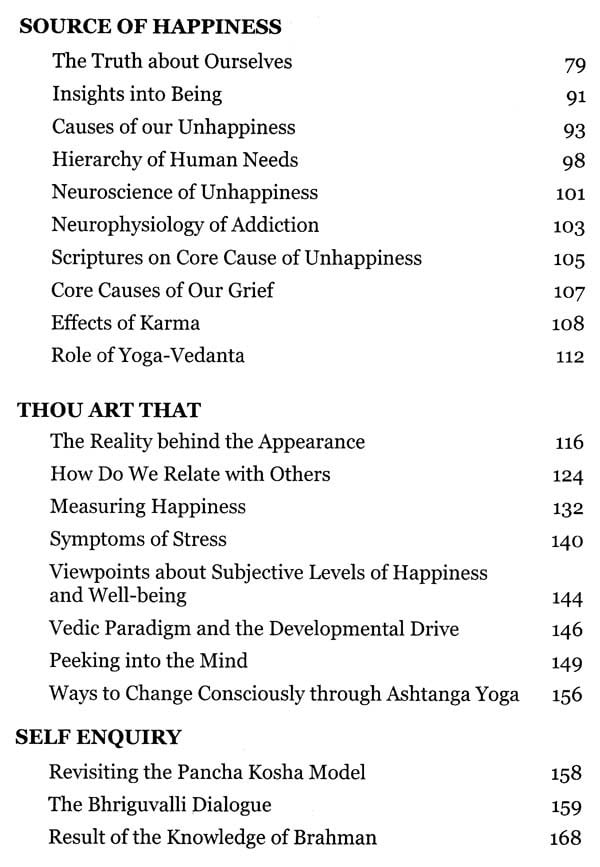 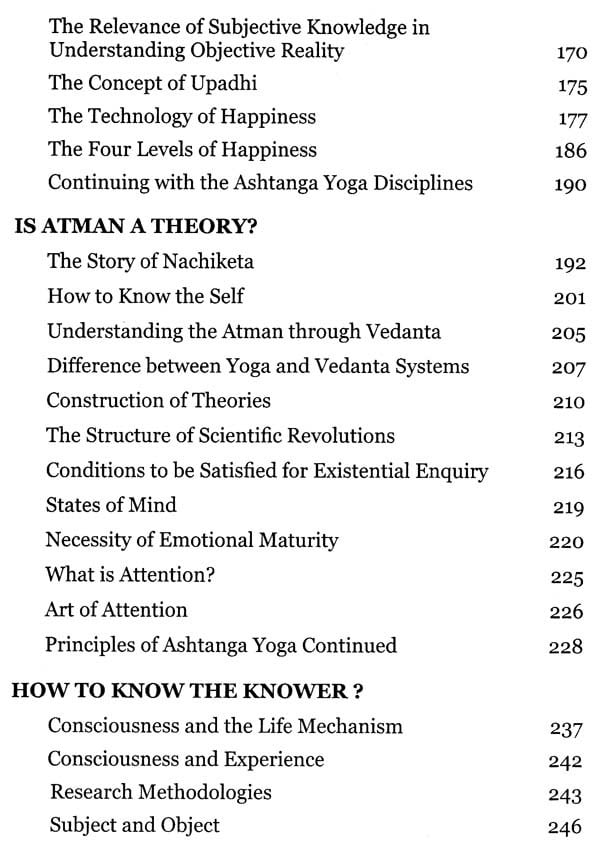 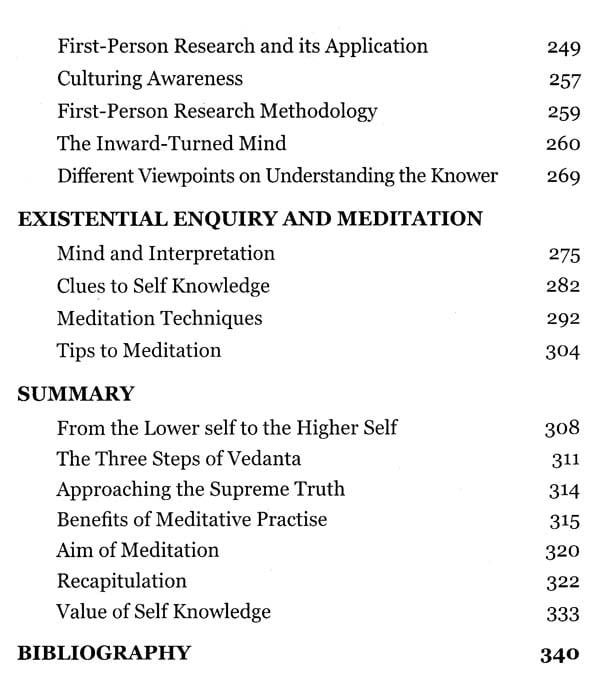 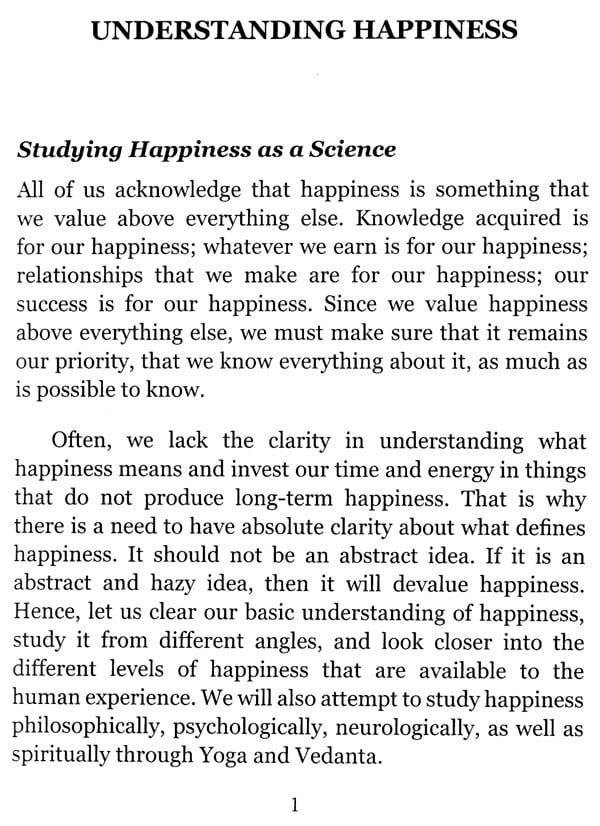 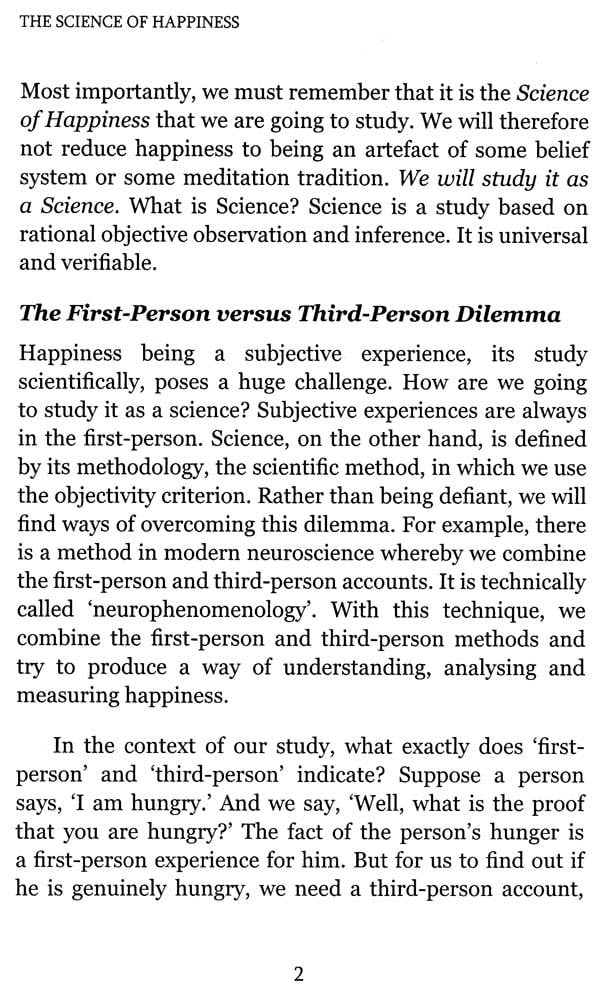 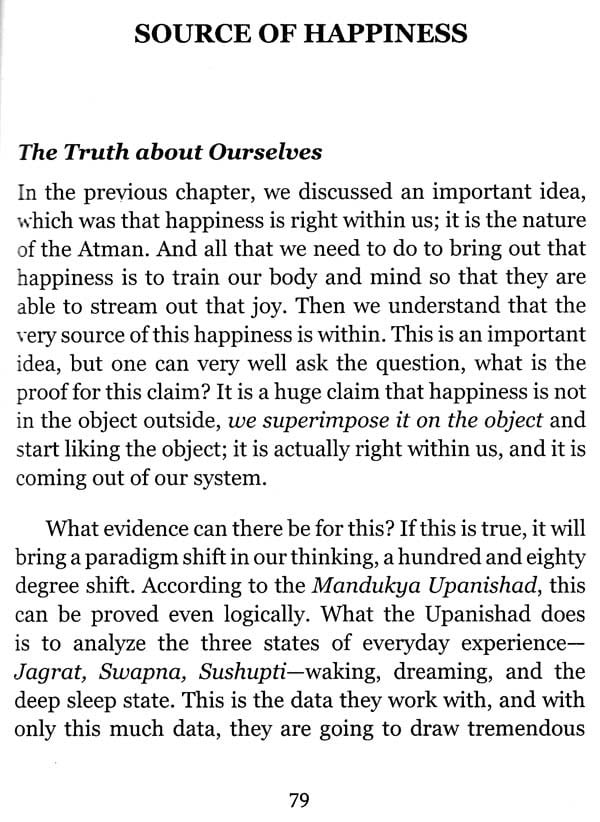 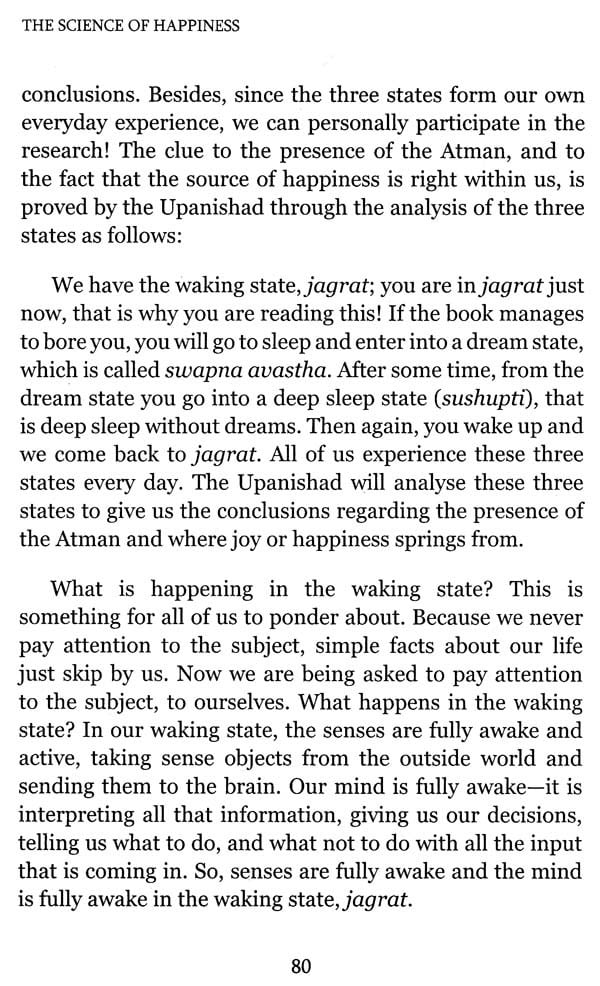 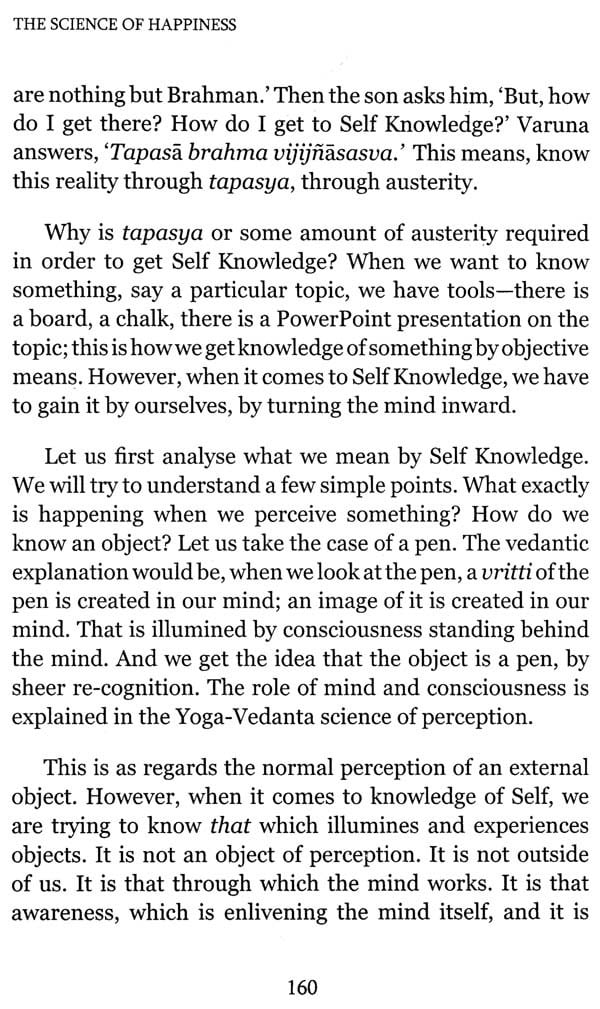 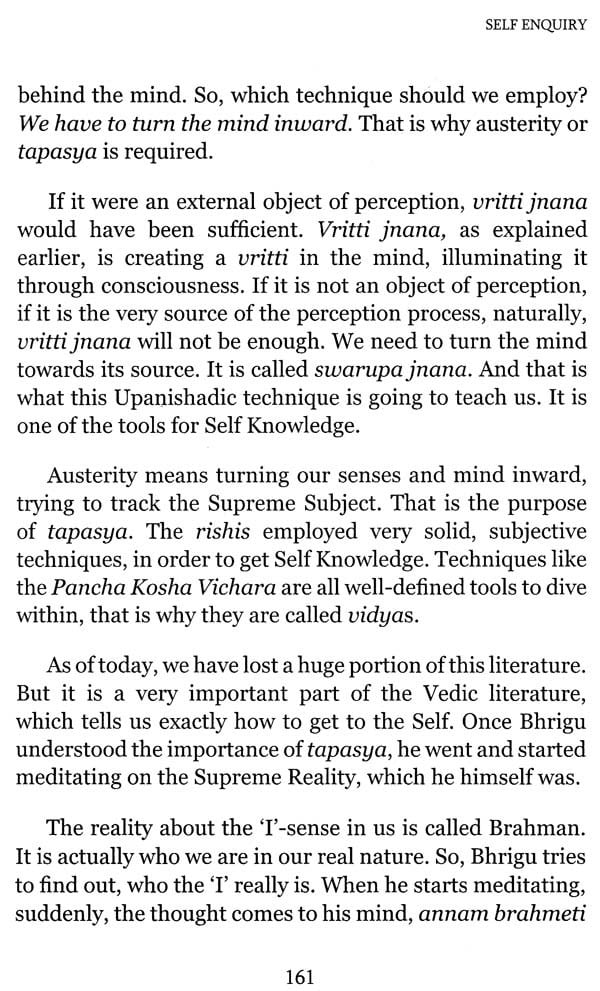 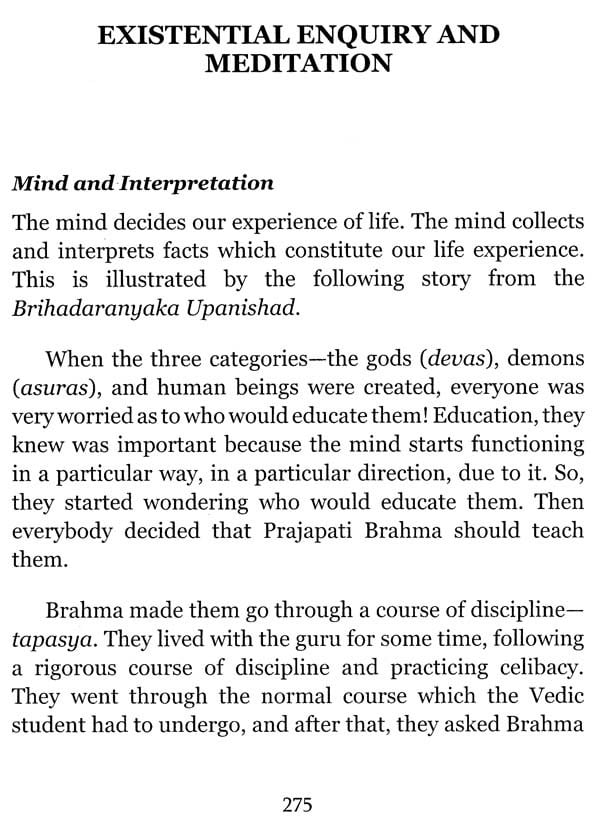 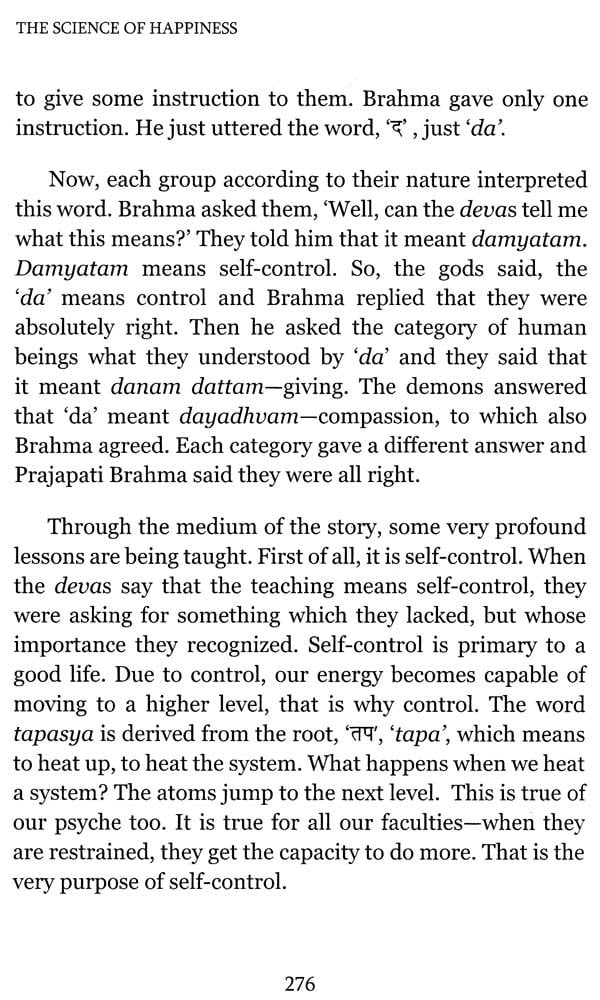