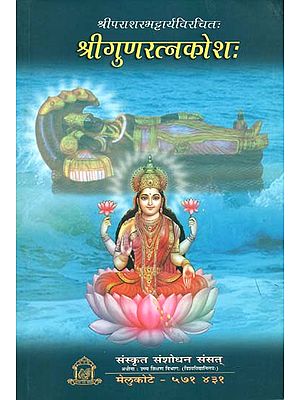 Of the many projects undertaken by the Academy of Sanskrit Research, one is the publication of stotra works. Stotras are the lyrical works in adoration of the Almighty in simple and elegant language. They provide philosophy to the common man without the rigours of shastraic learning.

The first of this series is Srigunararnakosa composed by Parasarabhatta in tribute to the all-merciful goddess Mahalaksmi in her area form of Ranganayaki. Her divinity, glory, benevolence to the devotees, her association with the Lord, and many other features have been brought out in an alluring manner in this poem. Apart from the lyrical text, 'V asurasi; a commentary by Veeraraghavacarya in sanskrit is presented here. An introduction in English contributed by Prof. K.S. Narayanachar and a Sanskrit introduction by the editor Vidvan S.N.C. Raghunathacarya have enhanced the significance of this work. The Academy is grateful to these scholars as also to the team of scholars who have worked for this first publication of the stotra series.

The Academy gratefully acknowledges the grant given by Tirumala Tirupati Devasthanam, Tirupati for publication of this work. The Academy also offers its sincere thanks to the Government of Karnataka and Government of India for financing the activities of the Academy.

Srigunaratnakosa is a lovely hymn par excellence in praise of Goddess Mahalaksmi in Her Divine Descent as Sri Ranganayaki (in the arcavatara) as the Divine Consort of Lord Narayana in His Embodiment as Ranganatha. It is in sixty one inimitable verses rich in their philosophical import and saturated in their juiciness of devotion and aesthetic excellence, singing the glory of the Divine Mother, Her relation with the Lord, with Her creatures and Her role in running the world process as a Divine Leela of the Lord, as well as Her unbounded bountifulness to Her devotees in granting them wealth, prosperity and Divine Union and a world of minor blessings, mundane as well as everlasting. It is good that the authorities of the Academy of Sanskrit Research of Melukote are bringing out this neat and elegant edition of this matchless stotra with a lucid and crisp commentary of VATSYA VIRARAGHAVA SURI, equally lofty and juicy like its main text, in the present edition. It is ironical that I - too small a person for the task - 'should be asked to write a befitting introduction to this lovely work! But grace can travel distances and can break barriers of multi-dimensions, both accidental and man-made!! I am indeed grateful to my esteemed friend, Professor M.A. Lakshmithathachar who has bestowed on me this rare honour and I receive it as the Grace of the Divine Mother and proceed towards my task in humility and devotion.

In the Sanatana tradition of the highest type called the paramaikanti parampara, there is no such thing as begging to Lord or His consort for anything worthwhile, here or beyond. That concept of ' prayer' is alien to Hinduism and is condemned as Kamya i.e. smacking of selfishness and tainted with puerile desires. A stotra proper, is therefore, a tribute to the All-Merciful, a praise with no selfish motivation and a composition that embodies all the wisdom of the Veda and the Sastra, in a language that simplifies abstract philosophical concepts and embodies them in aesthetic metaphors, meant to be sung musically as daily routine, so that God comes into our daily focus of activity and infuses them all with dedication to Himself and lightens the otherwise burdens of this "world that is too much with us" is philosophy for the common man without the rigours and tears of sastraic learning, the cream that is ready for mediate consumption for those that are hungry of the vine. The famous 'Jitante' of Rgveda (khila) is perhaps the oldest of this type of literature in which Sanskrit is enviably rich.

In Srivaisnava tradition (other than the ones found in the Ramayana, Mahabharata , Visnupurana, Sri Bhagavata, etc.) the Four Thousand Hymns of the Alwars in Tamil are the oldest treasures of this kind and are ranked Tamil Vedas, on par with Vedic Hymns themselves. The first to blend the two traditions in their true unified import and compose Sanskrit hymns highlighting the specialities the Visistadvaitic grasp of Tattva, Hita and Purusartha i.e., the Supreme Truth, the Supreme Good and the supreme Goal of life here and beyond) was the great YAMUNACHARYA (known fondly in tradition as ALAVANDAR) who has left behind him two such immortal hymns, one in praise of Goddess Mahalaksmi entitled Chatussloki (a hymn in four stanzas) and the other in praise of Lord Narayana, known as Stotraratna - ('a H ymn- Jewel'). These correspond respectively to the Vedic Srisukta and Purusasukta and are meant for everybody's daily use, spcially those that are not fortunate to recite the Veda. That was indeed an auspiciuous day on which Yamuna composed the first of these hymns, for, since then till now, we have a continuous and steady stream of such hymnal literature which can be counted upon as a canon (stotraprasthana) on par with the other three or four such well known Stotras. After Yamuna, Ramanuja himself wrote three prose-poems called Gadyas which can be treated as both hymns of prayer in the act of self-surrender and tributes to the Lord and the Divine Mother embodying vedantic concepts and manuals of daily worship. Next came the five long great hymns of Kuresa (called panchastavi) in praise of the Lord and a brief hymn in praise of the Divine Mother called Sristava, sri Parasara Bhatta's Srigunaratnakosam followed this sequel in praise of Goddess Laksmi, while his Sri Rangarajastava in two hundred verses (in two parts of a centum of verses each) is a unique masterpiece describing the Lord in all His aesthetic splendour as Ranganatha in the first part and summarising Visistadvaita and Sribhasya in the second. Poetry cannot have reached greater heights in original conceptions, figures of speech and sentiments as yoked to the service of philosophy and God.

continued this lofty tradition and has left behind him some thirty two or thirty three superbly splendid hymns, devoting three of them at least to the three Divine Consorts, one each to Laksmi (in Sristuri), Bhu-devi (Bhunstuti) and Nlla " (Godastuti) and the rest to the Lord in Hisnumerous incarnations as Archamurtis in various celebrated centres of pilgrimage - one among them being the lengthiest ever composed by any Acarya, containing one thousand and eight nectarine verses on the Divine Sandals of Lord Ranganatha, called Padukasahasram. After him, great Acaryas to date, have been composing delicious hymnal compositions, adding to our treasury and making it a difficult task to keep a continuous and constant account. It is notable that in this flood of immortal hymnal literature, our present work occupies a premier position, both in length and depth of its delineation of the Divine Mother's personality. Her auspicious tributes like compassion to the sinning and suffering creatures on their earthly sojourn, Her determination to save Her children and Her great co- operation with the Lord in numerous ways and functions and so this composition is unmatched in expression, in style, in the expanse and inclusiveness of its Vedantic concepts, in its detailed annotations of earlier expressions by Acaryas like Yamuna, Ramanuja and Kuresa. It embodies sentiments of the Alwars also and discerning students of Ubhayavedantic literature will find it a veritable mine of gems of grand intuitions or in the language of its author, a treasure-house of the qualities of the Divine Mother. 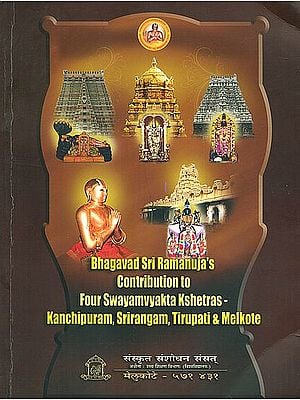 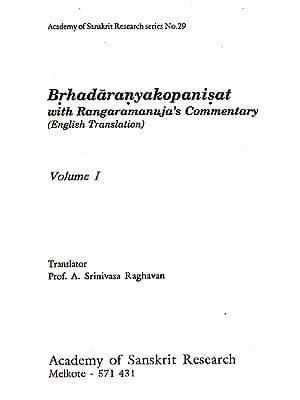 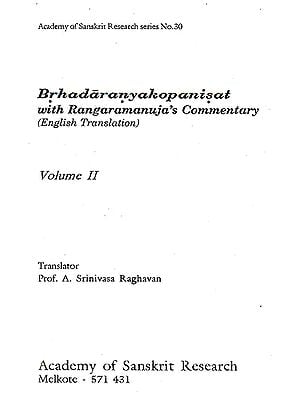 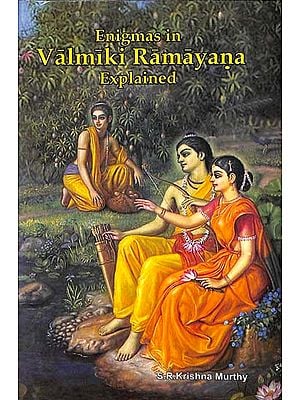 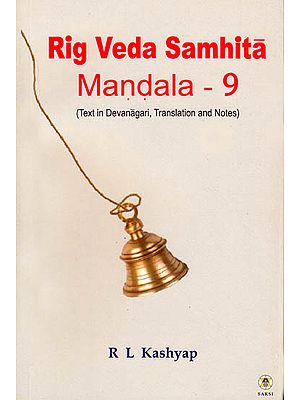 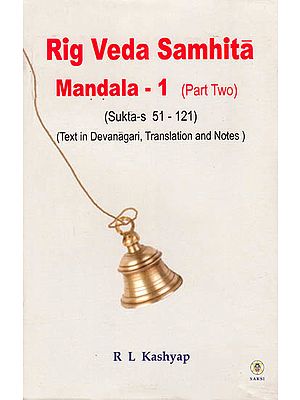